by Factionary 1 year ago5 months ago
02.6Kviews

El Salvador enforces one of the harshest abortion laws in the world. In the country’s legal system, abortion is outlawed even when pregnancy is the result of rape and incest, a woman’s life is in danger, and the fetus has been determined to have a deformity.

Since the late 1990s, abortion has been considered illegal under any circumstances in the country. Stillbirths and miscarriages are also often seen as suspected abortion cases regardless of the medical reports.

A conviction of abortion can carry the same penalty as aggravated homicide, sentencing the convicted to at least two years in prison and 50 years for the most severe charges.

In 2017, a Salvadoran woman named Evelyn Beatríz Hernández Cruz was convicted of aggravated murder because she had committed an induced abortion, as the prosecutors claimed during the trial.

Medical examiners revealed the fetus died of aspiration pneumonia, having discovered meconium, a newborn’s first fecal matter, in the baby’s stomach and lungs.

Despite the autopsy result, Evelyn was found guilty and sentenced to 30 years in prison.

Evelyn has always maintained that she was raped during her first year in college in 2015. The rape resulted in a pregnancy, a condition she claimed to have been unaware of.

According to her testimony, she still occasionally menstruated after the rape, so she thought pregnancy was highly unlikely.

On April 6, 2016, she experienced abdominal pain and entered a restroom, oblivious of the existence of a fetus in her womb. Inside the toilet, she passed out due to heavy bleeding after giving birth to a stillborn boy. 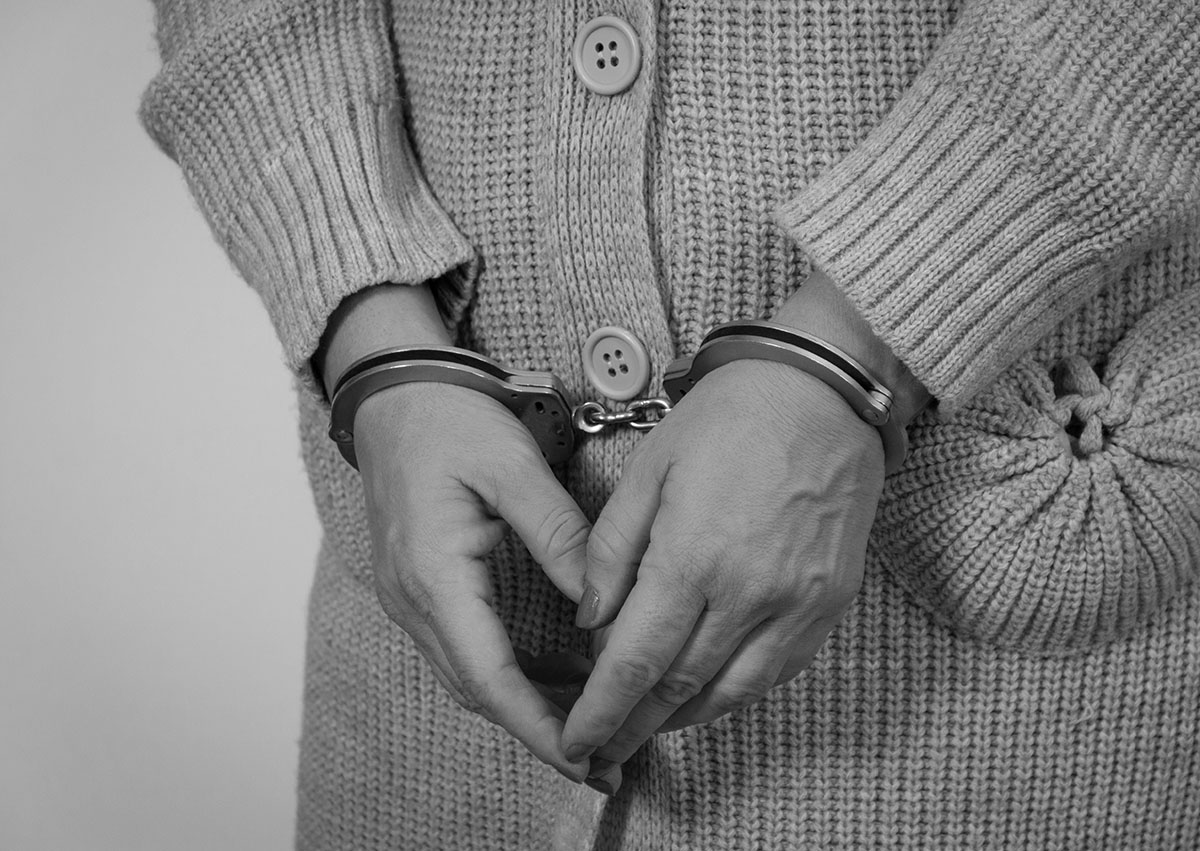 
Her mother, a domestic worker, found Evelyn unconscious and covered in blood. She hailed a pickup truck and called her daughter to the nearest hospital about 30 minutes away from their home in El Carmen, a town outside San Salvador.

On the way to the hospital, the mother didn’t know if Evelyn had suffered an obstetric emergency.

At the emergency room and after a quick examination, the medical staff notified police and prosecutors. Evelyn was arrested at the hospital, charged with aggravated homicide, and transferred to a women’s prison. 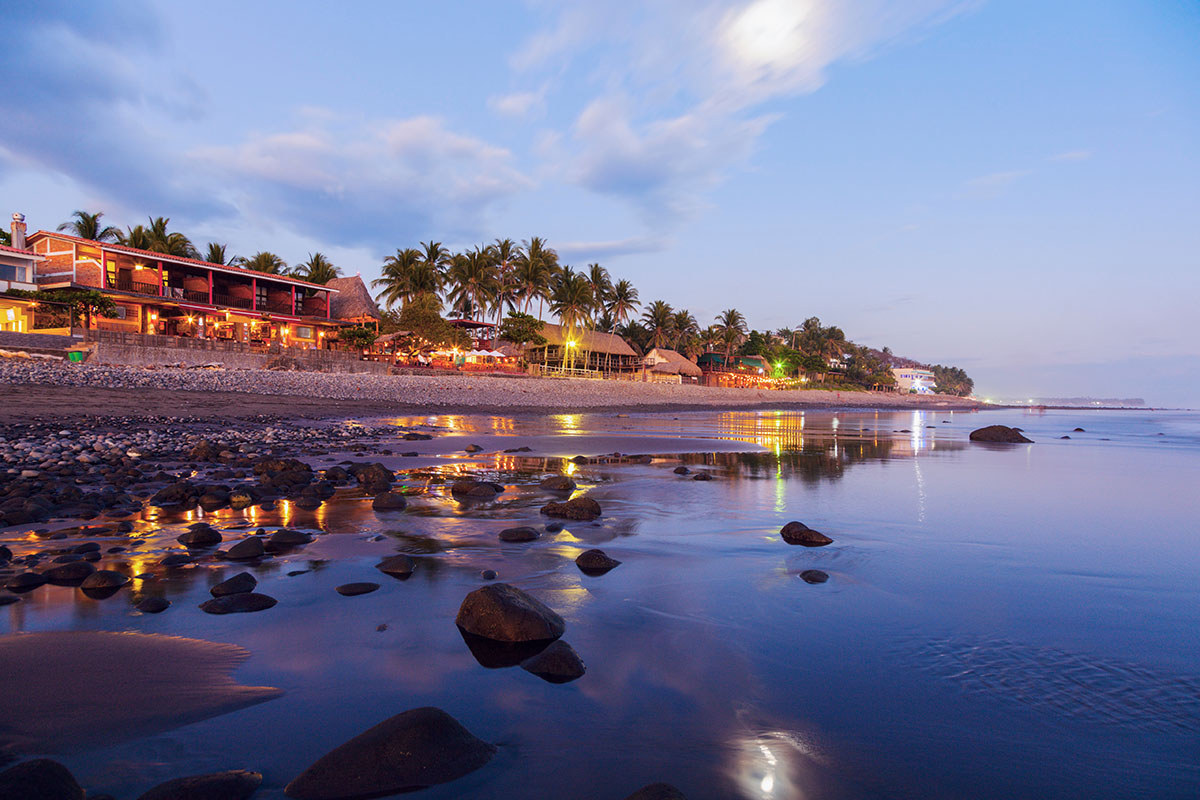 El Salvador is one of three countries in Central America to enforce the total abortion ban.

The problem is that women who turn up at the hospital shortly after experiencing a miscarriage will show symptoms similar to those of having an abortion. As a result, the medical staff will notify the authorities to file a report.

Law enforcement has no choice but to charge them with aggravated homicide for killing an unborn child.

Paula Avila-Guillen, a lawyer on Evelyn’s defense, argued that there was no physical evidence to suggest that her client had an abortion despite the similarities in symptoms. 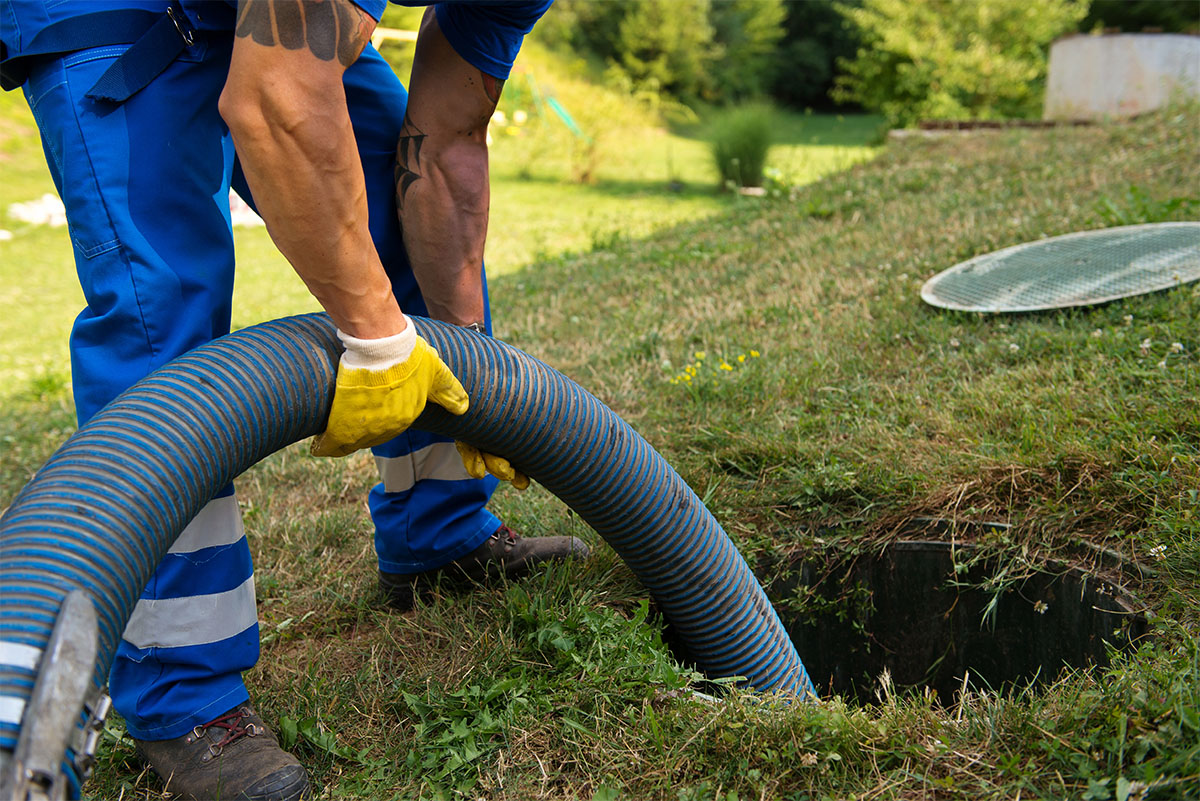 The stillborn boy was later found in a septic tank. A medical report revealed the fetus was 32-week-old, just about to reach full term.

According to the autopsy document, the cause of death was ruled aspiration pneumonia; the lungs and stomach of the stillborn were filled with meconium – the first fecal matter of a newborn, although some babies pass meconium while still in the womb.

It is biologically impossible for a mother to do that deliberately to a fetus. Prosecutors argued the baby had been born alive, and Evelyn left him for dead. She was sentenced to 30 years in prison.

Following the conviction, a petition “Justice for Evelyn” circulated on the web. After her legal team presented an appeal, El Salvador Supreme Court overturned the original ruling in February 2019.

The country’s highest court concluded that the judge’s decision on the trial was based on insufficient evidence and prejudice.

A new trial with a new judge was planned. Evelyn was granted conditional liberty, awaiting retrial. At the time of the temporary release, she had served 33 months. Activists were waiting and chanting and for her at the prison’s gates. 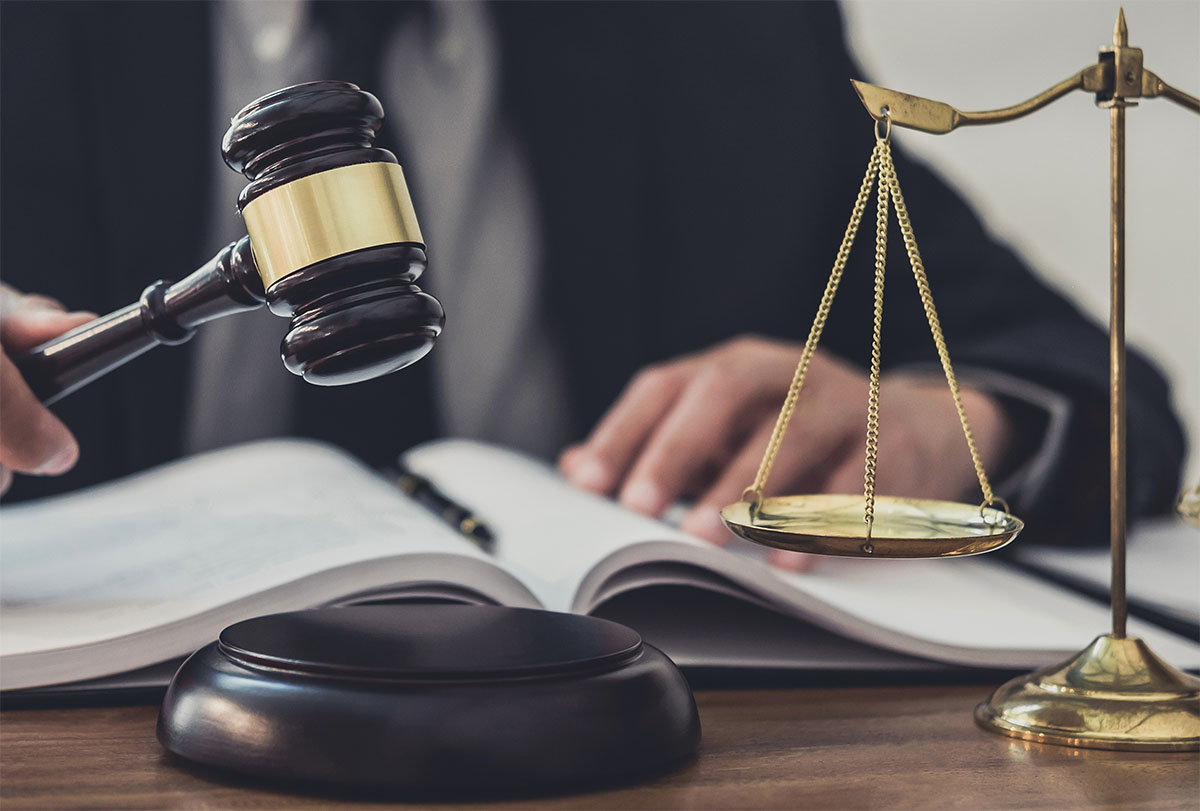 About five months later, retrial began. The retrial was the first of its kind in the country, ordered in February by the Supreme Court.

Prosecutors’ main argument for her guilt was commission by omission; in other words, she failed to keep her baby alive partly due to her unwillingness to search for antenatal care after the stillbirth.

As Evelyn entered the courthouse, she told the journalist everything would be OK and that she wanted justice to be done. Once again, she was sure of her innocence.

One of the promises he gave during his presidential run was the relaxation of the country’s stance on women’s reproductive rights.

He has claimed to be against criminalizing women who have miscarriages and that abortions should be allowed if the mother’s life is at risk. It is estimated that thousands of clandestine abortions are carried out in El Salvador every year. 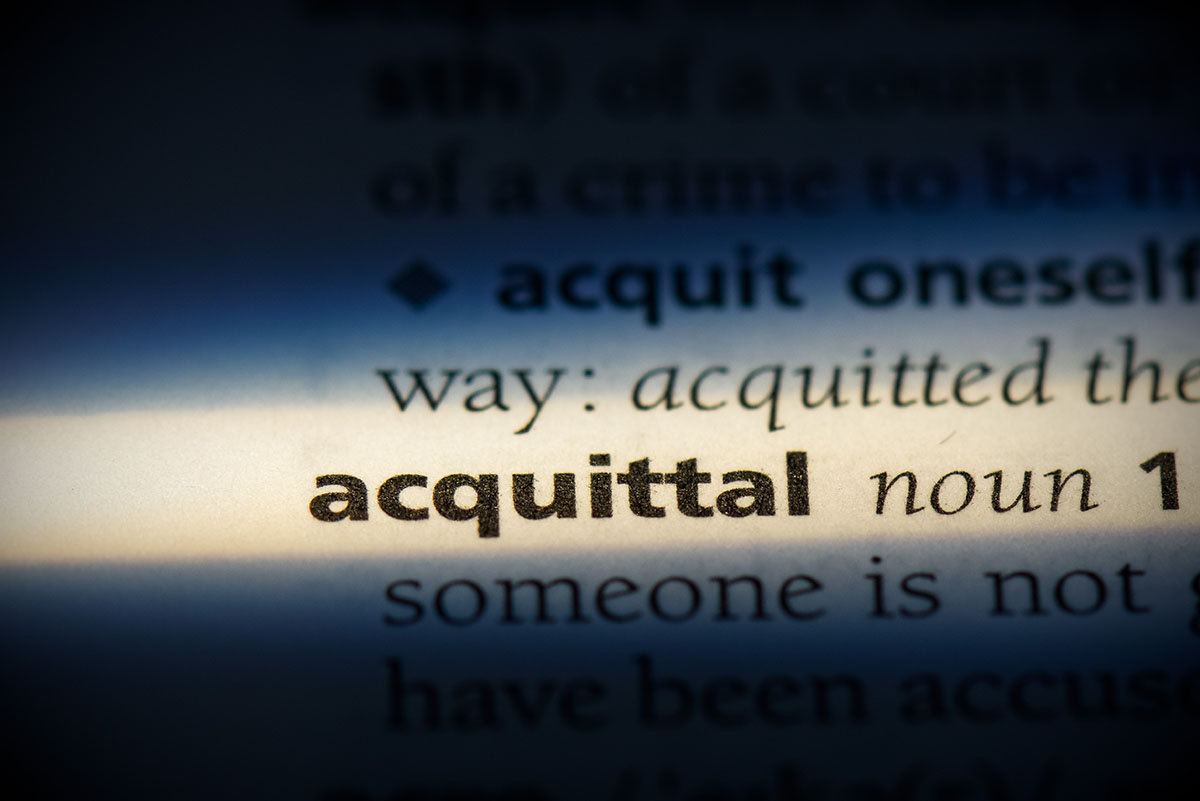 During the retrial, lawyers and activists demanded the public prosecutor’s office to either offer a plea deal or drop the charges entirely so that Evelyn’s legal battle could finally end.

There was no new evidence presented, and the decision to acquit the defendant was eventually upheld in August 2019.

Erika Guevara-Rosas, director of Amnesty International’s Americas, saw the acquittal of Evelyn as a resounding victory for women’s rights in El Salvador.

The legal process finally reaffirmed that no woman should be prosecuted for having an obstetric emergency. Citizen Group for the Decriminalization of Abortion (CDFA) has found no evidence to support the prosecutor’s argument.

CDFA estimates around 20 women are imprisoned for abortion crimes when in reality, they had miscarriages, pregnancy complications, and stillbirths. Some of them are still serving their 40 years’ imprisonment.

1 /10 A Dangerous Country For Women

Now that Evelyn has been acquitted, prosecutors still want another attempt at sending her behind bars. They consider the proof of her criminal responsibility “overabundant.”

Prosecutors have announced the intention to appeal against her acquittal. If the appeal materializes, Evelyn will be facing her third retrial.

Women convicted in El Salvador on abortion crime are predominantly from impoverished communities with limited resources to obtain legal defense.

Amnesty International has branded El Salvador as one of the most dangerous countries to be a woman.