There is always a dirty way to win sport competition of any sort, and that’s why we have committees and organizations to set the rules of the games and penalize every athlete caught cheating whether it is the consumption of banned substances, match-fixing scam, identity fraud, bribery, corruption, or all else considered inappropriate to the foundation of fair game.

Despite strict regulations and the threat of disqualification, some athletes still managed to find loopholes in the rules.

They devised various dishonest tricks to unfairly tilt the competition in favors of themselves or their teams.

Cheating is not that uncommon even in international sporting events.

The desire to win can be overwhelming, but the fear of losing is even stronger that a lot of athletes are willing to violate agreed-upon rules and risk getting penalized for examples prolonged ban from future competitions and removal of previous records.

Here are some athletes who were caught cheating in various international sporting events of recent years and the past.

Born on November 20, 1918, Dora Ratjen started her path to professional athlete in her teenage years.

She was pretty impressive despite her young age that she took fourth place in high jump at the 1936 Olympics in Berlin.

Just about two years later, she also won the gold medal at the European Athletics Championships and set a world record jump of 1.67 meters.

The previous record-holder, Dorothy Tyler-Odam, then said that Ratjen was actually a man, meaning the record was illegitimate.

As it turned out, Ratjen indeed was a man. Ratjen was stripped of the European Gold.

Born December 1, 1943, Ortrun Enderlein was once the “world’s most perfect female luger” with an impressive track record.

She won at the Alpine Cup Race in Imst (January 1968) and was subsequently a favorite at the 1968 Winter Olympics in Grenoble, but it apparently became an embarrassing controversy for her.

When the supervisor and vice president of the International Luge Association tested her sleigh with snow, he found that that the snow vaporized and hissed, leading to a conclusion that it had been illegitimately heated.

She was disqualified along with some of her teammates for the same allegation.

In electric épée fencing, a touch can only register on the scoring box when the tip of the weapon is depressed with a force of at least 750 grams to complete the electric circuit formed by the box, weapon, and body cord.

During Boris Onischenko’s bout against the British team captain Jim Fox at the 1976 Montreal Summer Olympics, the British team suspected that the former managed to register score even without touching.

Onischenko’s weapon was seized and later inspection figured out that it had been modified to include a switch that could complete a circuit without making any contact.

He was ejected from the competition.

During her career, she also completed in women’s long jump and triple jump.

At the 1984 Los Angeles Games, she was unable to run in the 4x400m relay due to injuries she had suffered from the previous long jump event.

She ended up enlisting her identical twin to take her place for a qualifying heat. When De Jesus’s head coach found out, he pulled the team out of the final.

The last of which, however, would end up ruining his reputation.

The Olympic Doping Control Center figured out that his sample of urine contained stanozolol, and consequently Johnson was disqualified.

He later admitted to taking steroids in 1987 as well. The IAAF rescinded his record for that year too.

Born December 16, 1969, Michelle Smith was a former Irish swimmer with a notable success in the 1966 Summer Olympics in Atlanta with three gold medals.

Two years after the event, Smith was banned for four years due to allegation of tampering with urine sample using alcohol.

While the ban was not for lifetime, it practically ended her swimming career.

Smith was not stripped of her Olympic medals because her urine, despite having been allegedly tampered, did not contain any illegal substances.

Also known as Mario Jones-Thompson, the Belizean-American former track and field athlete and former professional basketball player had to deal with a bitter circumstances when the IOC stripped of her Olympic medals she won at the 2000 Summer Olympics in Sydney, Australia.

She later admitted to taking steroid for the competition and was forced to return three gold and two bronze medals.

At the time of the admission, she was linked with the BALCO Scandal. Jones retained three world champion titles she achieved from 1977 – 1979.

At the 2012 London Games, eight badminton players were involved in match-fixing scandal and therefore expelled from the event.

The Chinese World Champions Xiaoli and Yang were accused of throwing “dead rubber” act to avoid playing against China’s No.2 before the final.

Their actions triggered response from the Indonesian and South Korean pairs to subvert Chinese plan. 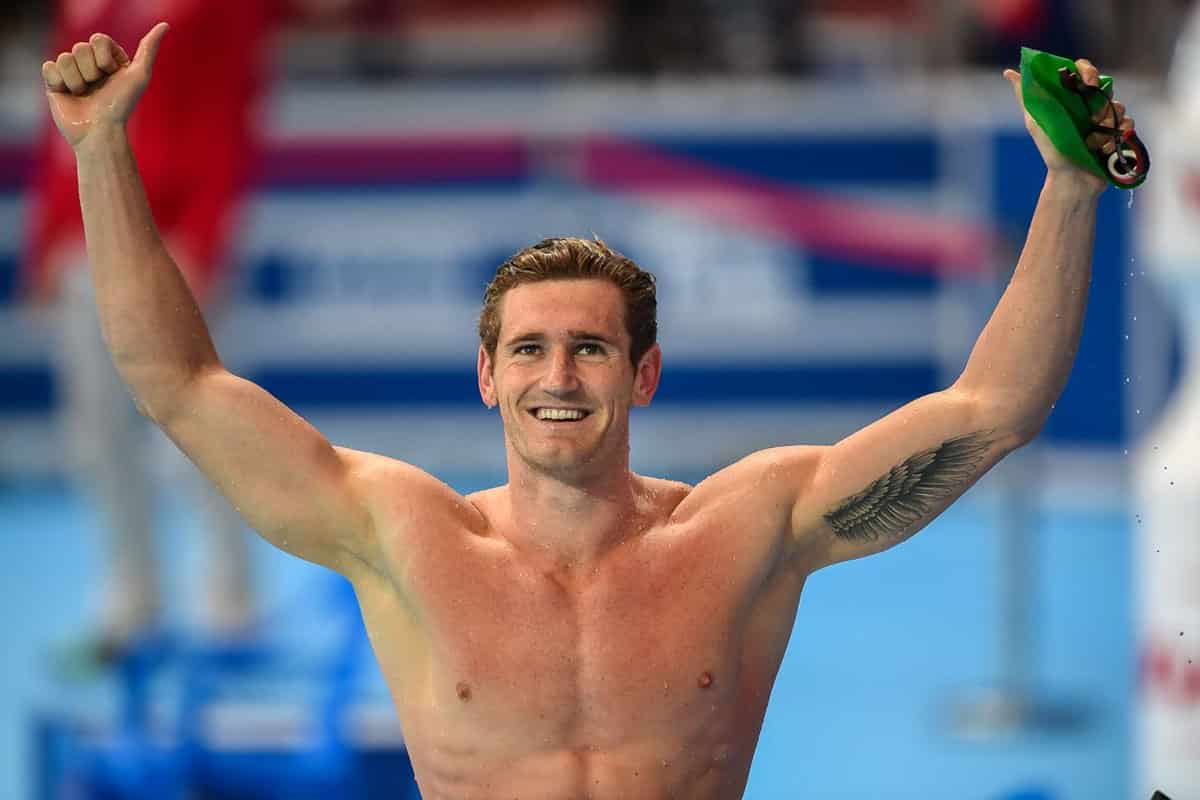 He actually admitted to taking some extra “dolphin kicks” during his performance at the Olympics.

Dolphin Kick is an illegal move in which a swimmer performed illegitimate leg movement to increase speed.

It was a violation, but not that bad to the point where Van Der Burgh had to return his medals anyway. It was cheating nonetheless.

Following months of investigations, the IOC finally made the decision to ban Russia from competing in the 2018 Winter Olympics in PyeongChang, South Korea.

The decision was based on a report of large-scale doping program (actually sponsored by the state) to give an unfair competitive edge for Russian athletes.

While the report had been in circulation since 2010, the scandal reached its peak during the 2014 Winter Olympics in Sochi, Russia.

The ban was never meant to be upheld for lifetime, however.