by Factionary 1 month ago2 weeks ago
00views

According to the latest analysis (2014 – 2016) by the National Center for Missing and Exploited Children (NCMEC), about 98% of missing children cases involve runaways or abduction by family members.

Over the same period, more than 3,147 children were found after having been missing for six months or longer, and as many as 151 children were recovered after missing a decade or longer.

Many disappearances are listed under the “long-term missing children cases” in which all leads have been investigated, yet the victims’ whereabouts remain unknown.

As long as the victims are still out there, dead or alive, the cases are not closed; they are only unsolved.

The disappearance of Leigh Marine Occhi is still a mystery today. She has been missing since August 27, 1992, and was only 13 years old at the time of her disappearance.

Before that unfortunate day, Leigh had never spent time alone in her house.

After her mother, Vickie Felton left for work, Leigh was with no one else, waiting for her grandmother to pick her up that morning. Vickie has never seen Leigh again since then.

Heavy storms were expected that day as Hurricane Andrew moved over Tupelo, Mississippi.

The weather forecast didn’t expect anything extraordinary, so there was nothing for Vickie Felton and her daughter Leigh Occhi to be overly cautious and take any drastic action.

It was a regular workday for the mother and still a summer break for Leigh before starting her eighth grade.

She was 13 years old then. Felton left for work at 7:35 am, leaving Leigh alone in residence at 105 Honey Locust Drive. 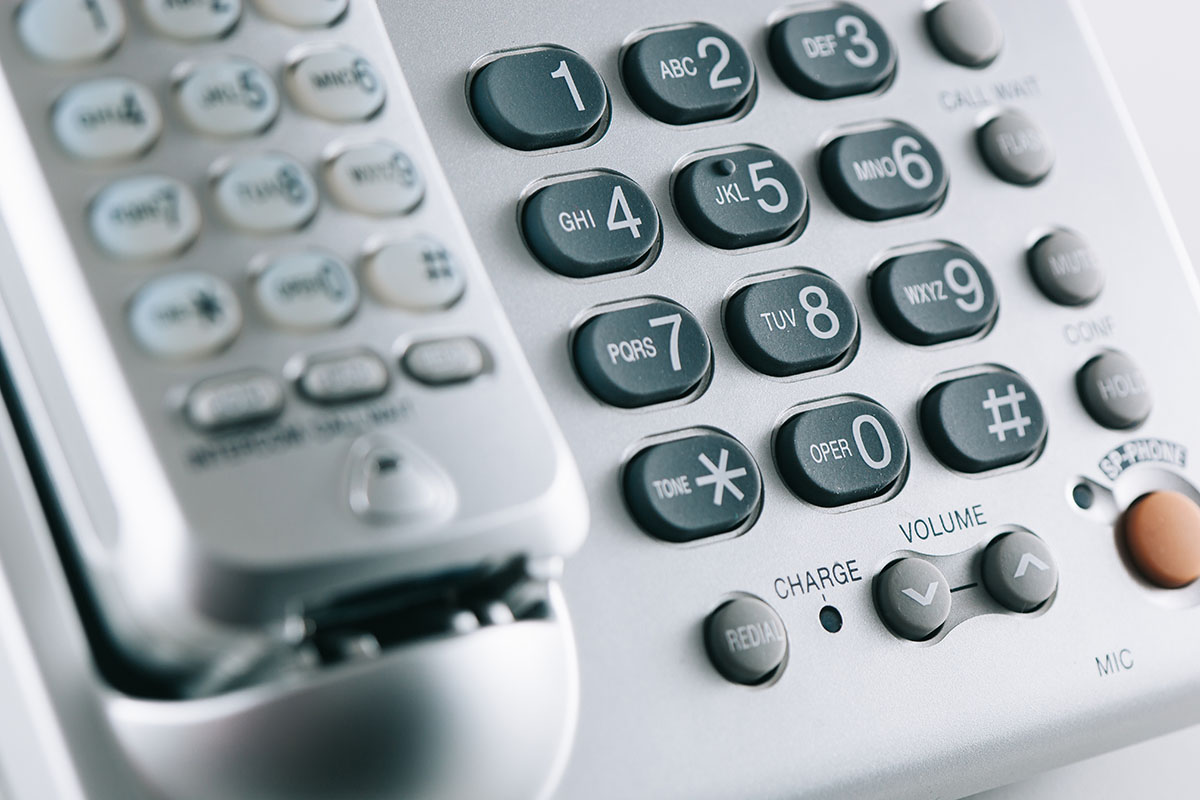 The Hurricane alert worried Felton about her daughter, who was alone, waiting for her grandmother to pick her up for an open house at Tupelo Middle School.

Felton called home at 8:30 am, but no one picked up the phone. She tried again and had the same result, so she went home after spending no more than an hour at work.

Felton didn’t know she was about to discover a mysterious tragedy back home. When she arrived, Leigh was nowhere to be found.

Before entering the house, Felton realized the garage door was open, and the light was switched on, indicating that somebody must have activated the door several minutes ago.

Felton also found another unlocked door, yet there was no sign of her daughter anywhere near the area.

She called her daughter’s name but heard nothing in return. In the hallway, there was a pool of blood on the floor.

Worried about Leigh’s safety, Felton called the police to report her daughter’s disappearance at 9:00 am. 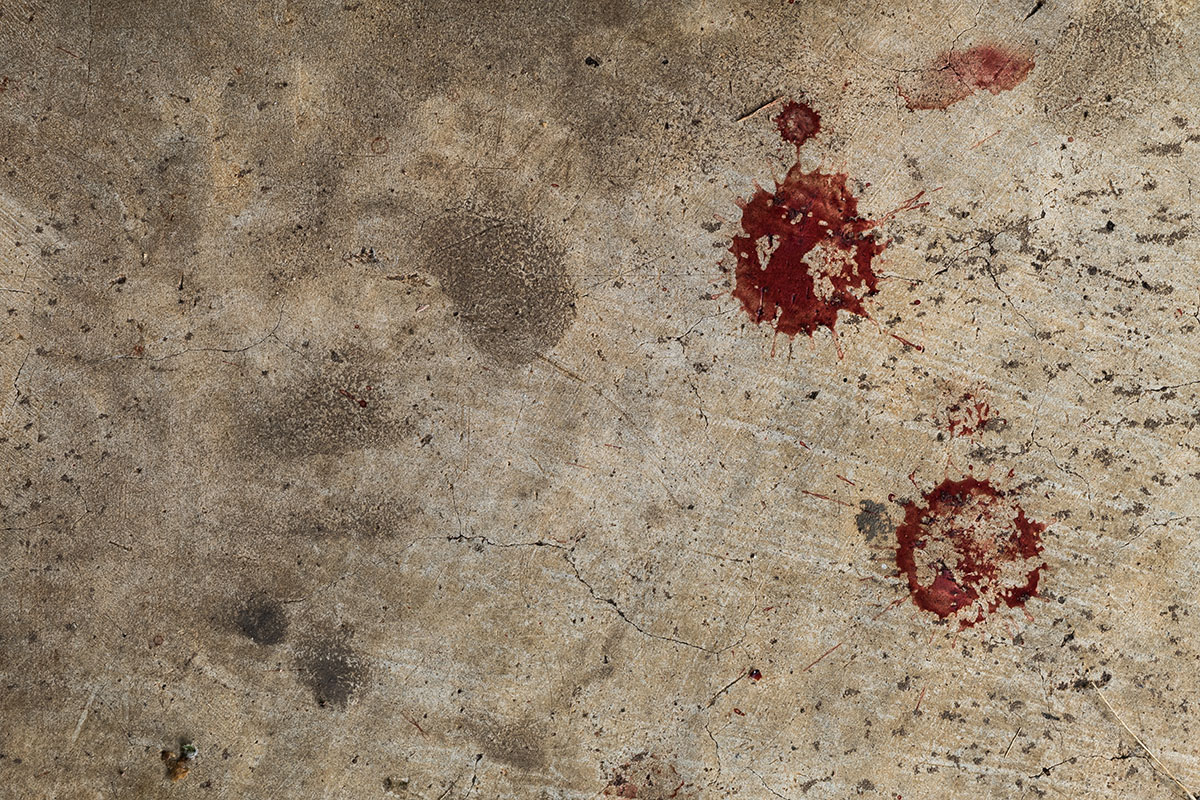 Early investigations determined no sign of forced entry. That said, the police discovered evidence of a struggle in the house. Investigators found blood stains on the bathroom countertop, walls, and carpets.

Bloodstained strands of hair belonging to Leigh were also discovered on a door frame. Drippings of blood on Leigh’s nightgown were indications that the girl might have suffered an injury to organs above the neck, presumably when her head hit the door frame.

There was evidence someone had tried to wash away blood in the bathroom. 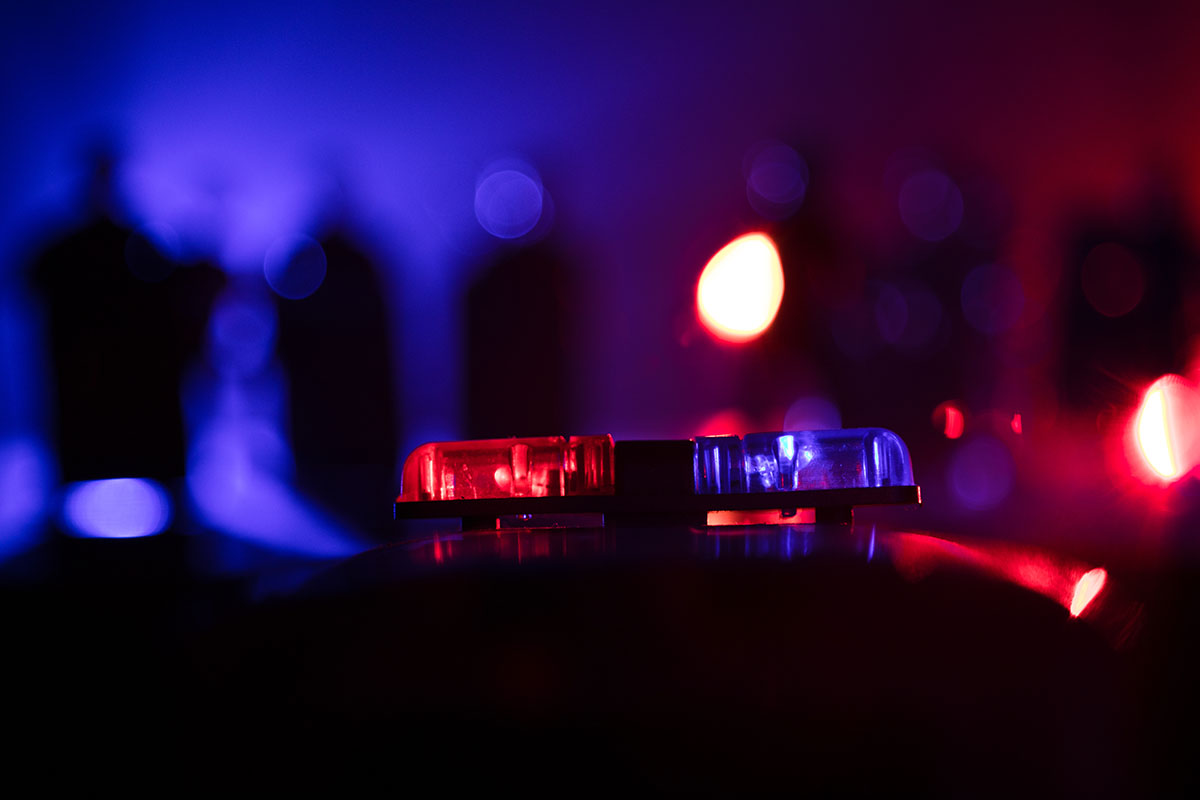 Leigh’s sleeping bag, reading glasses, shoes, and some of her underclothes were missing. When Felton left her in the morning, her daughter was still wearing her nightgown.

The same nightgown and a brassiere were still in the bedroom, bloodstained. There was no used rag anywhere despite an apparent effort to clean up the blood.

The police sent some bloodhounds to search the area, but the weather rendered them unable to trace any scent. Organized search efforts focusing on the wooded area in Tupelo led to nothing.

The box contained Leigh’s without reading glasses. The only name written on the mail was “B. Yarbrough,” and the address was “Hony Locust.”

Leigh’s mother and father had separated not long before the disappearance; her stepfather was Barney Yarborough.

The postmark was Booneville, Mississippi, located about 30 miles away from Tupelo.

The envelope had six stamps when only three would have been enough. It remains unclear why somebody mailed the reading glasses. 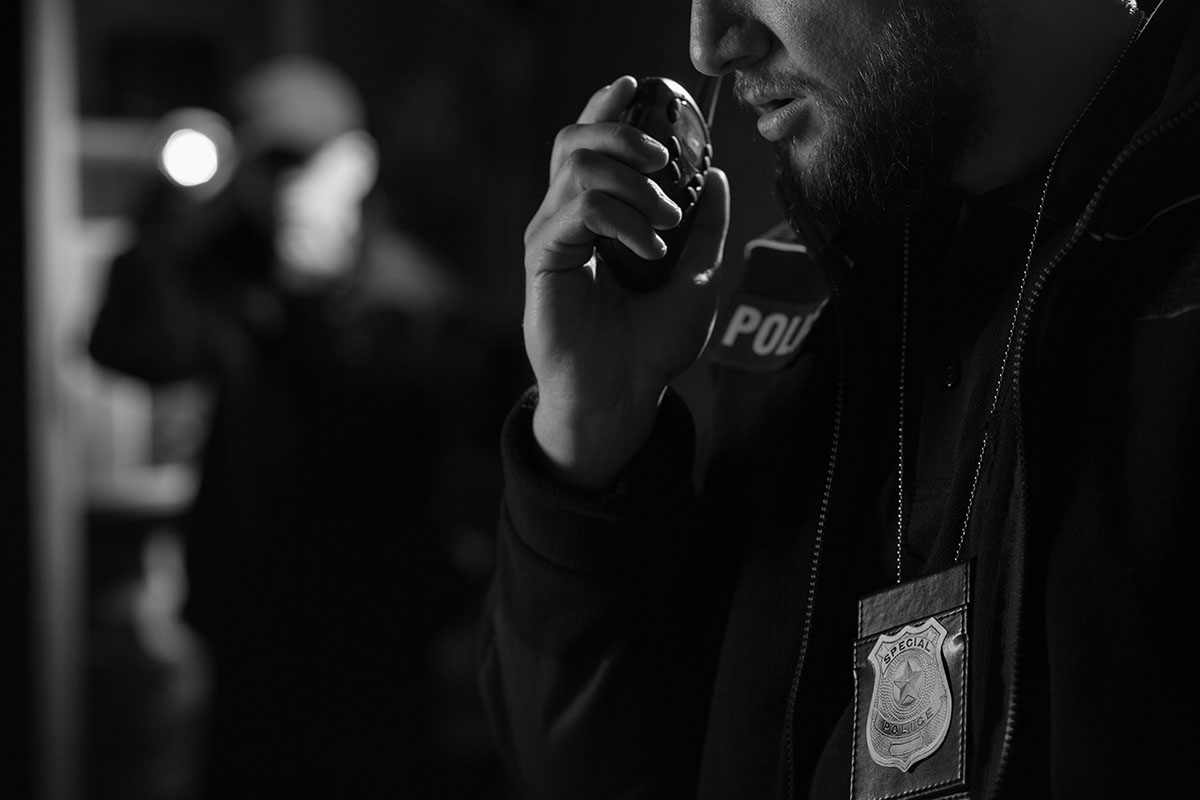 The authorities obtained the mail and conducted a thorough inspection to find any possible hint about the sender.

The stamps were wet with water, and DNA analysis found no helpful clue.

The sender, which could also be the kidnapper, was a careful person.

Leigh’s father obtained an emergency leave from the military to help with the search, and he believed someone in the family was involved in his daughter’s disappearance.

The police determined the mail was an attempt to mislead the investigation. 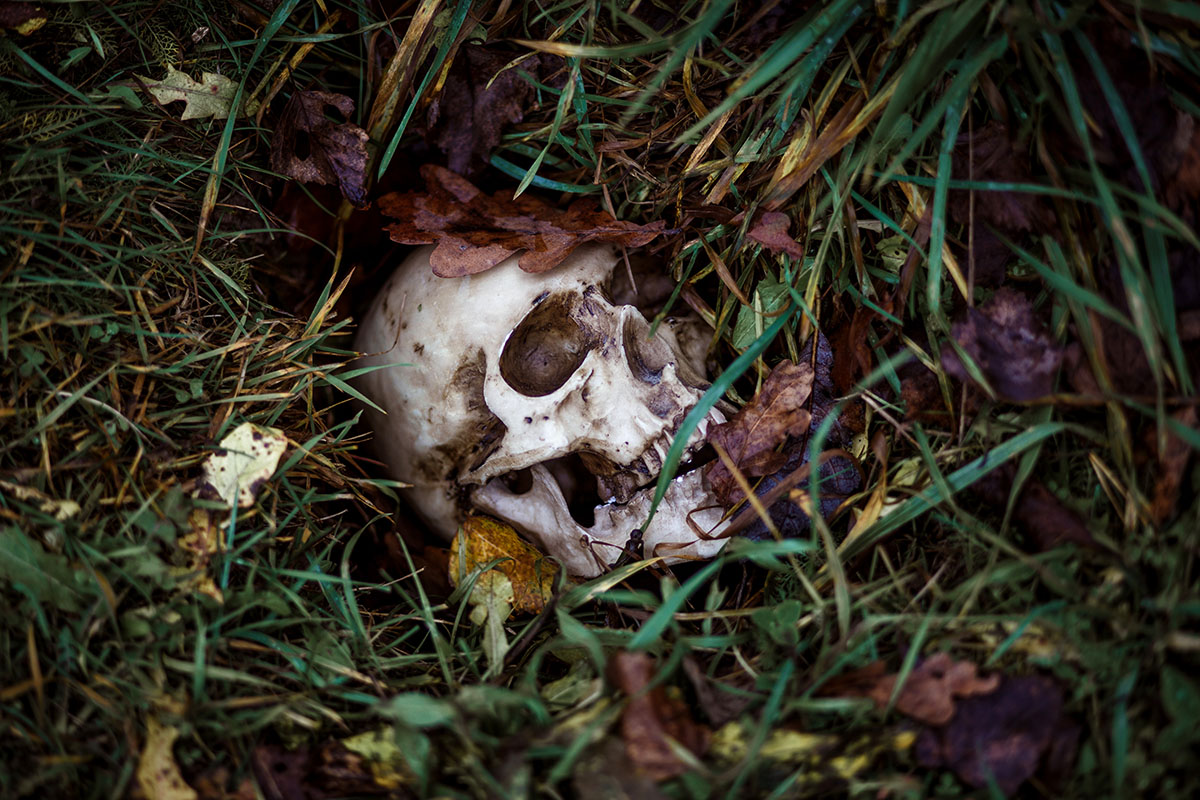 In early November 1993, a report indicated that a coroner’s office in Monroe County had identified a skull recovered from a soybean field as belonging to Leigh.

The identification was stated as based on her dental record. It turned out that the examination had outdated the dental document, and the title was subsequently considered false.

The skull belonged to Pollyanna Sue Keith, a 27-year-old woman who disappeared in March.

At this point, authorities said they had no substantial evidence even to name a suspect in Leigh’s disappearance.

The police interviewed several individuals, but no one was charged with any crime.

Felton insisted that a man named Oscar Kearns was responsible for her daughter’s disappearance.

He was a local guy and knew Leigh. In 1993 about nine months after Leigh vanished, Oscar kidnapped and raped a girl from Memphis. Felton herself was considered a person of interest.

She took a polygraph test with local law enforcement and two more with the FBI; analysis indicated she had made deceptive statements in all three. She denied any wrongdoing regardless.

Leigh’s father and stepfather passed their polygraphs, and they were ruled out as persons of interest in the case. There has been barely any new lead in the case thus far.

Leigh’s boyfriend, an 11-year-old boy at the time of the disappearance, was never taken for questioning by the police.

He might not be involved, but at least the police could gain additional insights into Leigh from the interview.

With all the bloodstains and anonymous mail, foul play is suspected. Until today, the disappearance of Leigh Occhi remains unsolved. She has been missing for nearly 29 years and ten months.