by Factionary 4 days ago4 days ago
397views

The ship carried 2,224 passengers, including crew and the person in charge of Captain Edward John Smith’s voyage.

For several days Titanic had been sailing effortlessly across the North Atlantic waters. Still, it eventually came to a brutal stop on April 14 at 11:40 pm ship’s time when it hit a massive iceberg, causing significant damage.

A few hours later, what had been supposed to be an “unsinkable ship” broke apart and took more than 1,500 lives down underwater with it.

Approximately 700 people survived with a story to tell; however, many were reluctant to talk about the disaster. It has been more than a century since the Titanic sank.

All the survivors have passed away by 2009, but some did get the opportunity to share their dreadful tragic experiences.

When Titanic sank in the North Atlantic Ocean on April 15, 1912, the youngest passenger on board the giant liner was two-month-old Millvina Dean.

She survived the disaster and eventually became the last living survivor of the cruise ship. She died at the age of 97 on May 31, 2009.

As soon as the collision happened, Mr. Dean told his wife to dress the kids and go up on deck.

The three of them were in a lifeboat ten and among the first who escaped. Mr. Dean remained aboard and was among those who drowned with the sinking ship.

An advocate for the right of women and children and the importance of education, Molly Brown was among the bravest to board the Titanic. She was a socialite and a wife of a rich husband who made great success in the mining industry.

She was known as Maggie by those closest to her, but now the world will always remember her as the Unsinkable Molly Brown. She got on board Lifeboat 6, but not before helping other survivors to rescue.

Survivors onboard the RMS Carpathia arrived in New York City on April 18, 1912. A second-class passenger named Charlotte Collyer, who was 31-years-old that day, described the scene as the desperation of people searching for their loved ones.

She said, “There was scarcely anyone who had not been separated from husband, child or friend. Was the last one among the handful saved? I had a husband to search for, a husband who in the greatness of my faith, I had believed would be found in one of the boats. He was not there.”

Before RMS Carpathia arrived at the disaster scene to rescue those on lifeboats, everything couldn’t have been more chaotic. Elizabeth Shutes, 40-year-old at the time, had her version of the whole situation.

She said, “Our men knew nothing about the position of the stars, hardly how to pull together. Two oars were soon overboard. The men’s hands were too cold to hold on. Then across the water swept that awful wail, the cry of those drowning people. In my ears I heard: ‘She’s gone, lads; row like hell or we’ll get the devil of a swell.“ 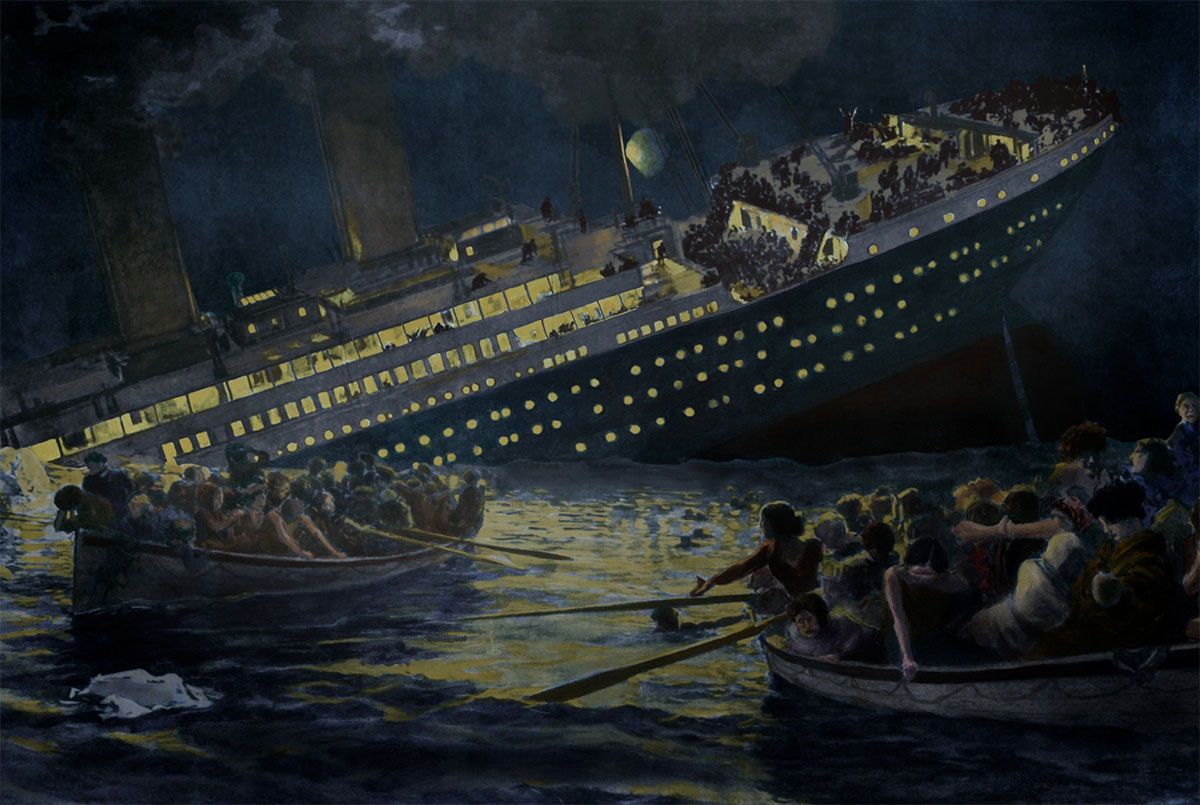 A 30-year-old secretary from London named Laura Mabel Francatelli shared her story about the relief that came with RMS Carpathia’s arrival.

In her recollection, she and others on the lifeboat saw the light of Carpathia at daybreak. The ship was about four miles away, so they rowed like mad past icebergs.

Carpathia then lowered a rope swing to pick her up, and then she felt a strong arm pulling her to get on board the ship.

The Titanic’s Second Officer was Charles Lightoller, in charge of lowering lifeboats on the port side during the disaster. Had he not been a presence at the time and doing his job, hundreds of people wouldn’t have made it to RMS Carpathia.

Second Officer Charles Lightoller was there until the end and sucked down by the ship, drowning for a couple of minutes.

A blast of hot air from Titanic’s boiler blew him away from the airshaft up to the surface. He then climbed onto a lifeboat and remained on board until the rescue.

From many accounts of survivors, we have at least drawn a rough visualization of how the Titanic sank. One particular report from Dorothy Gibson described the noises she last heard from the ship instead of the horror she saw.

From Lifeboat 7, she heard a sudden burst of voices from the ship and unusual commotion among people still onboard, then suddenly the unsinkable ultimately sank with “frightful” sounds.

Dorothy Gibson went on to star “Saved from the Titanic,” which was the first movie about the disaster.

One first-class passenger on RMS Titanic named John Borland “Jack” Thayer III was one of very few who survived not by getting on board a lifeboat but by jumping into the frigid water.

Jack recalled that while still on the ship, he was spinning in all directions. He waited until the final moment as Titanic was almost wholly submerged before making the jump.

He came up with his lungs bursting but not because he had taken water. Jack was 17-year-old then.

The letter that seems to be a first-person account of the Titanic disasters came up in March 2015. It was written in French by Rose Amélie Icard and dated 1955.

Part of the letter described the scene that followed the initial impact when Titanic hit an iceberg as a mixture of horror and utter heroism.

She stood near Mr. and Mrs. Straus, the latter of which refused to board a lifeboat and said to her husband, “We have been married 50 years. We have never left each other. I want to die with you.”

When the Titanic sank, Eva Hart was seven years old. She lost her father in the disaster. As the years went on, she frequently spoke about Titanic and how it affected her life.

According to her, people seemed surprised to know how she had no hesitation to travel by ship, given the experience as if they expected her to be permanently in fear of going anywhere.

She also said, “If I acted like that I would have died of fright many years ago—life has to be lived irrespective of the possible dangers and tragedies lurking round the corner.”