by Factionary 1 month ago4 weeks ago
03.2Kviews

Alaska is bear country. According to the state’s Department of Fish and Game, there are around 30,000 brown bears and 100,000 black bears roaming about in the land.

Encountering bears is not uncommon, but it happens at a safe distance most of the time.

That said, the predatory bear attack is rare; the big animals prefer to launch a defensive warning when threatened or annoyed by the presence of humans or any potential competition for prey.

They do not necessarily engage in physical contact but display aggression by making many noises or running toward the targets. Many people escape without a single scratch.

But accidents do happen. An Alaskan gold prospector named Richard Jessee was reportedly attacked by a bear while going to a cabin across the Big Four Creek near the Casadepaga River in July.

He was eventually able to get to the cabin after firing a shot at the bear and defend himself inside for days. A passing Coast Guard helicopter spotted his distress signal and came to the rescue. Jessee was saved.

Following the ordeal and treatment at a hospital for minor injuries, Jessee gave a detailed account of the episode during an interview with the Nome Nugget, the self-proclaimed oldest newspaper in Alaska.

On July 12, 2001, Jessee headed to a cabin not far from the Casadepaga River. He had to cross the Big Four Creek to get there, riding an ATV.

Jessee failed to notice the presence of a bear until it was too late. The bear was strong enough to knock him out of the ATV. A trailer attached to the vehicle was rolled over as well. 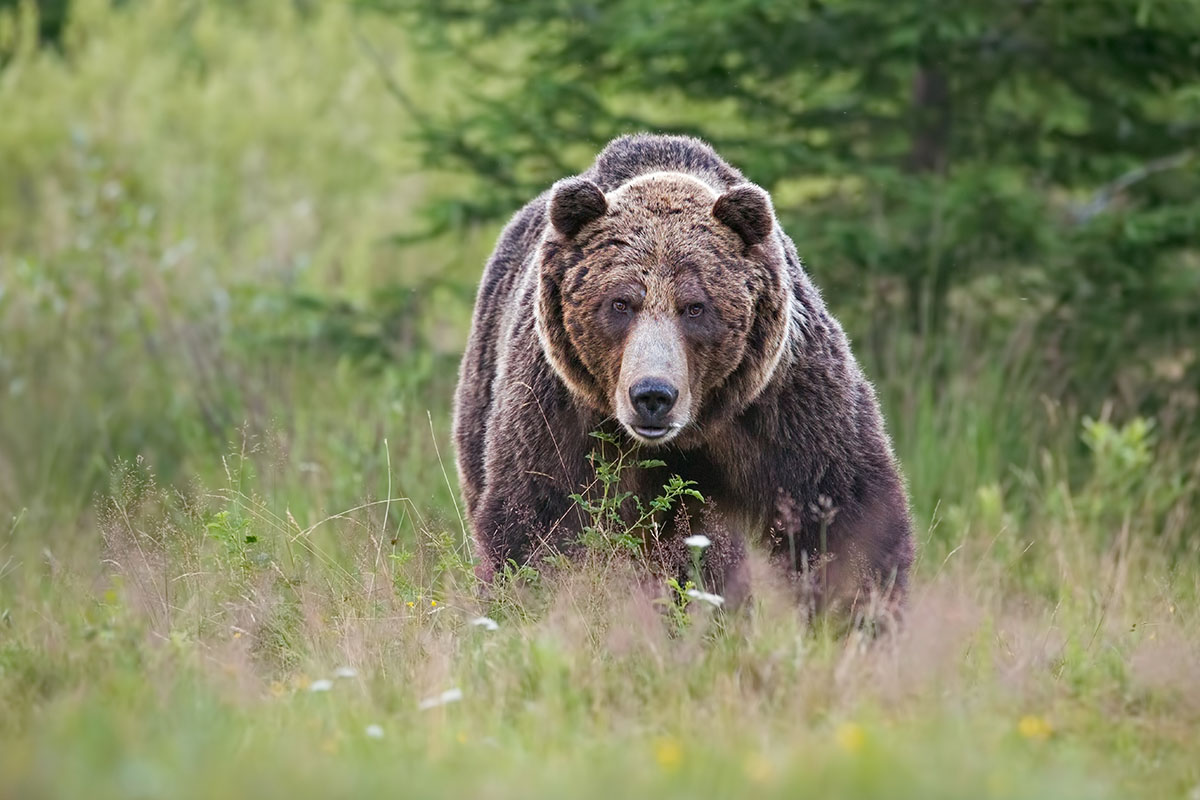 Jessee shot the bear using a pistol, giving him time to make a run for his life and into the cabin.

He locked himself in, fortifying the cabin any way he could. As it turned out, he had lost his phone in the river too, so there was no way he could call the emergency service for help.

The bear had not had enough of him; it continued the aggression toward the cabin, attacking the doors and windows. Jessee said the bear had returned to the cabin every night for several days straight.

Now nearly out of ammunition and sleep-deprived, he realized the likelihood of getting rescued was growing thin by the hours.

Without a phone to call anybody, he devised an SOS sign on the roof of the cabin in the hope that someone would see it and bring him home.

Help did find Jessee. A Coast Guard helicopter, while flying between the cities of Nome and Kotzebue, spotted the sign on the roof. The crew recognized the distress signal and saw a man waving his hands. Jessee was finally rescued on July 16. 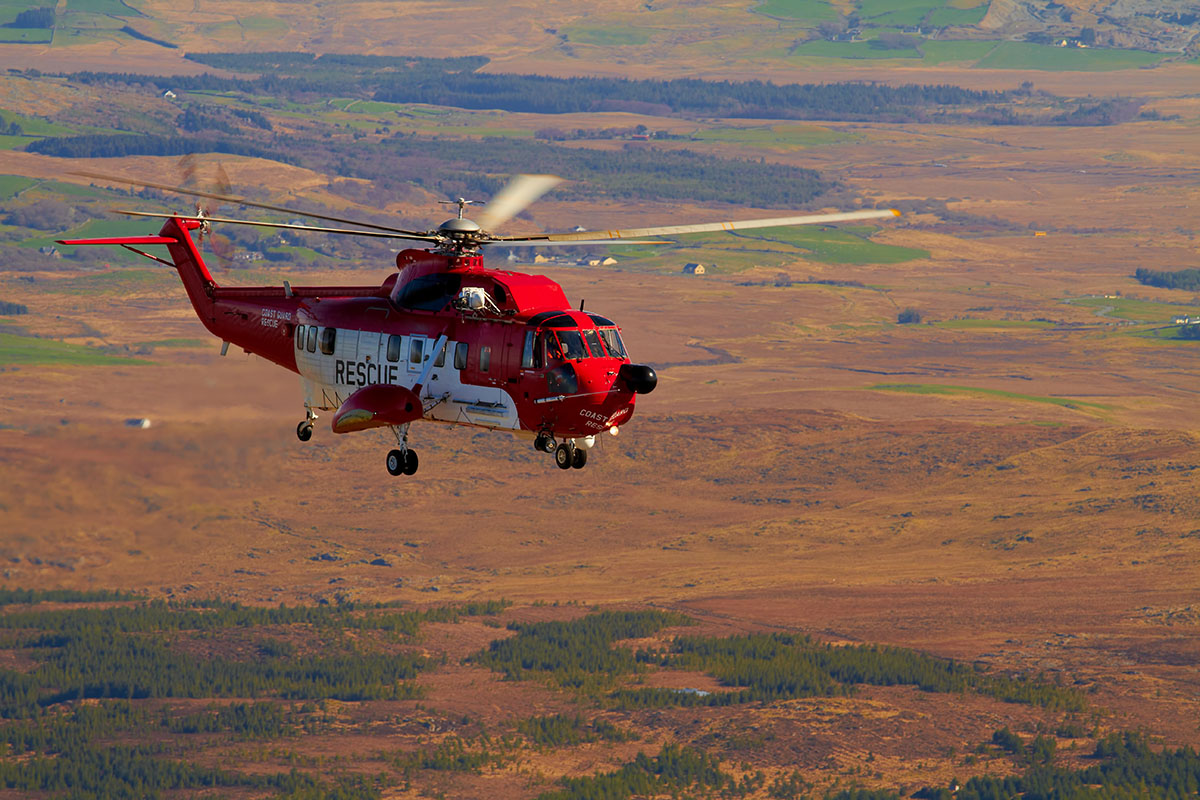 One of the Coast Guard helicopter pilots, Lt. Cmdr. Jared Carbajal gave similar answers when asked about what Jessee had gone through alone in the wilderness of Alaska for almost a week.

Commander Carbajal said that the bear had at some point dragged the man into the river. It is safe to say the pilot knew about the details only from Jessee.

Another thing to point out is that the remote camp has no cellphone service, so had Jessee managed to keep his phone, he probably wouldn’t have been able to make a call anyway. 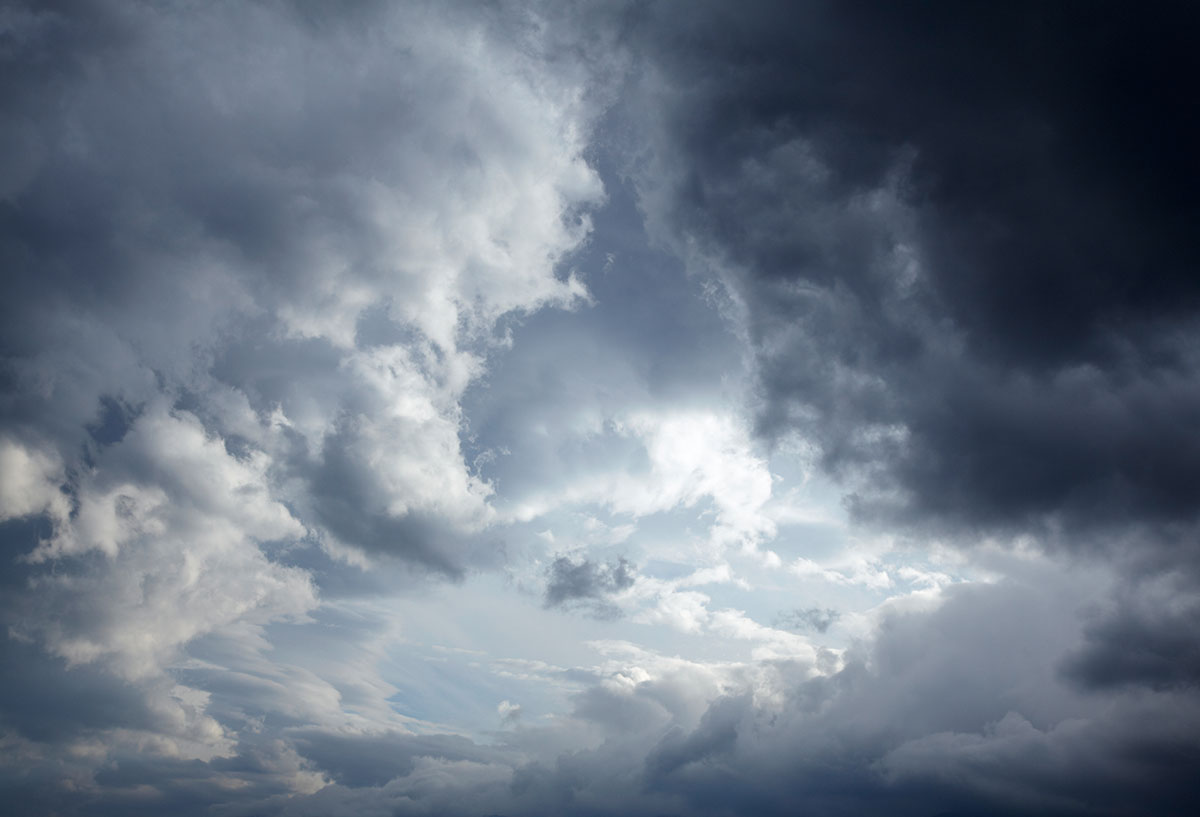 Commander Carbajal said the helicopter had to change its course to avoid clouds. It was at that moment when his co-pilot saw something unusual on the ground.

It was a sight of a man waving at the helicopter. Luckily Jessee waved both his hands, a widely recognizable cry for help. After discussing with three other crew members, the pilot agreed to get the helicopter on the ground.

The co-pilot, Lieutenant A.J. Hammac, later said they didn’t typically come across anybody waving a white flag in the middle of nowhere. 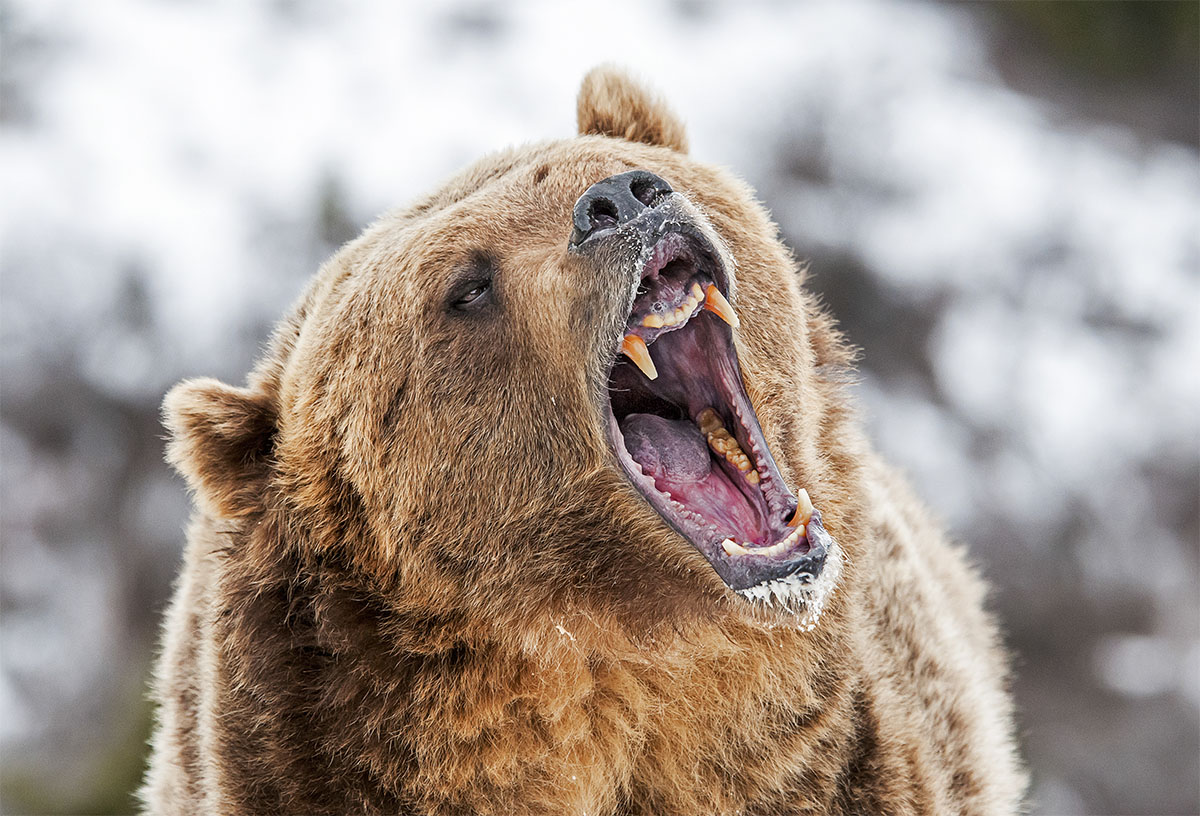 En route to a Coast Guard mission on Friday, the helicopter circled back and rescued Jessee. The crews could see that the cabin’s door had been ripped off.

According to the Coast Guard, he suffered bruises and other injuries in the torso and leg. At the moment of the rescue, the crews had no idea who the man was.

They then realized that he had been indeed reported missing. Some friends filed the report when Jessee had failed to return home after the trip.

As soon as they landed in Nome, Jessee was taken to Norton Sound Regional Hospital. He suffered from a knee injury and large bruises but no visible lacerations.

A spokesman for the Alaska Department of Fish and Game later confirmed that bears were prevalent in the area where Jessee hid, especially during the year.

It remains unclear whether the department would investigate the attack. The statement contained no additional information about the details of the attack either.

Based on the statement by the department, a longtime summer miner like Jessee should have been aware of the potential danger. Some even outright accuse him of making up the entire story.

International news organizations began calling the Nome Nugget once the story was published, inquiring how to get in touch with the rescued for a first-hand account.

The New York Times thought it would have been an excellent sequel to The Revenant.

Suddenly everyone seemed to think the entire ordeal was, just like in the movie, terrifying and almost realistic but still too good to be true.

For sure, the story of getting mauled by a bear in the wilderness then surviving one-on-one combat with an animal many times more powerful than the average man was an almost unbelievable possibility.

Some anonymous investigators visited the scene and found no trace of the bear within 500 feet radius. Even the muddy ground showed no sign or bear track.

The cabin door had no doorknob, but the investigators concluded that a hammer rather than a bear hand did it. 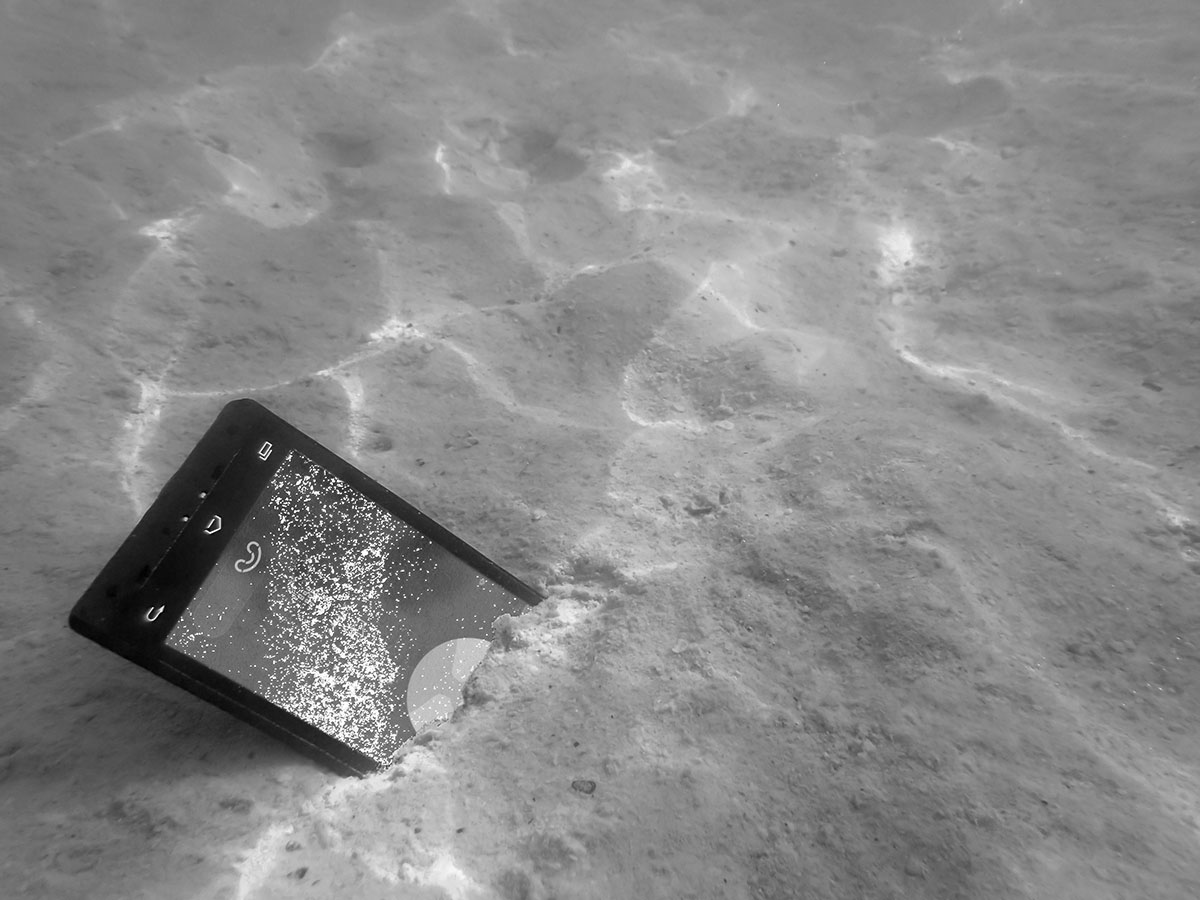 Other miners also made their inquiry into the supposed attack. They concluded a bear had not attacked Jessee; instead, he crashed his ATV in the river and lost his phone.

Not a bear was involved in the incident. The vehicle, when recovered, was waterlogged but otherwise intact.

The markings at the back and front were inconsistent with bear claws. They thought Jessee was too embarrassed to admit the accident, then make up the tall tale instead.