These days it seems like everybody is trying to shred some fat and lose weight.

All over the Internet, bloggers and health websites provide information on how to get rid of several pounds in a day, and you probably have come across people making suspicious claims and tips about the matter that are unscientific at best or even outright dangerous.

In theory, the trick is simple. To lose weight, all you have to do is eat less and move more. In practice, they must be some of the hardest challenges in life that many people have failed miserably.

There are always the seductive temptations of ice cream, chocolate, potato chips, soda, beer, red meat, and mouth-watering junk foods on every corner of every street.

Combine that with the lack of physical exercise, then you have a recipe for increased waistline.

Losing fat is difficult, but not impossible. You don’t actually need examples and motivations from the success stories of celebrities in keeping a healthy body weight, but in case you do, the following names should be excellent role models. 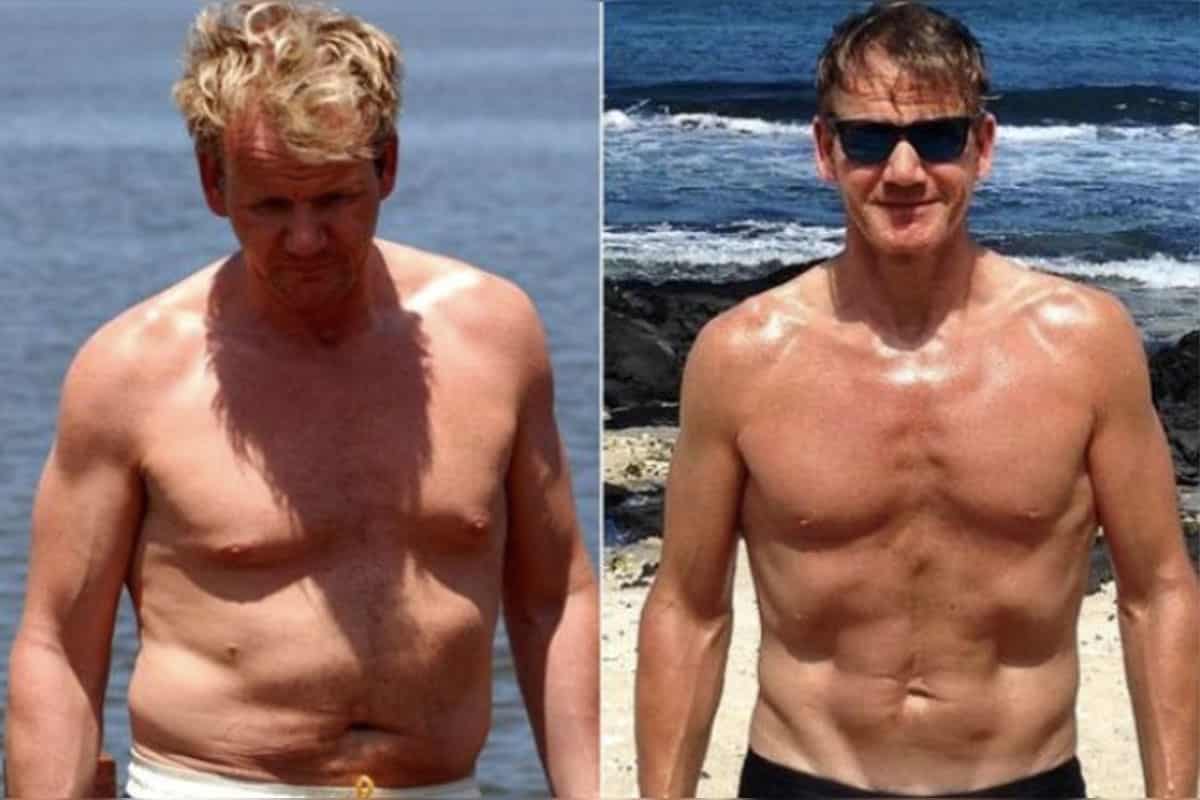 By the time Gordon Ramsay realized that something had to be done with his body, he had just won his third Michelin star.

It was such a massive achievement to make even the best chef feel like being sprinkled with pride, but not for Ramsay.

Despite his successful career is cooking – which is a blatant understatement – the chef suffered from low-esteem due to his weight gain.

Around 2012, he began taking the effort to lose weight more seriously with a program that included regular exercise three times a week and riding stationary bicycles at home gym.

Ramsay has lost around 56 pounds so far, keeping her weight at steady 196 pounds. 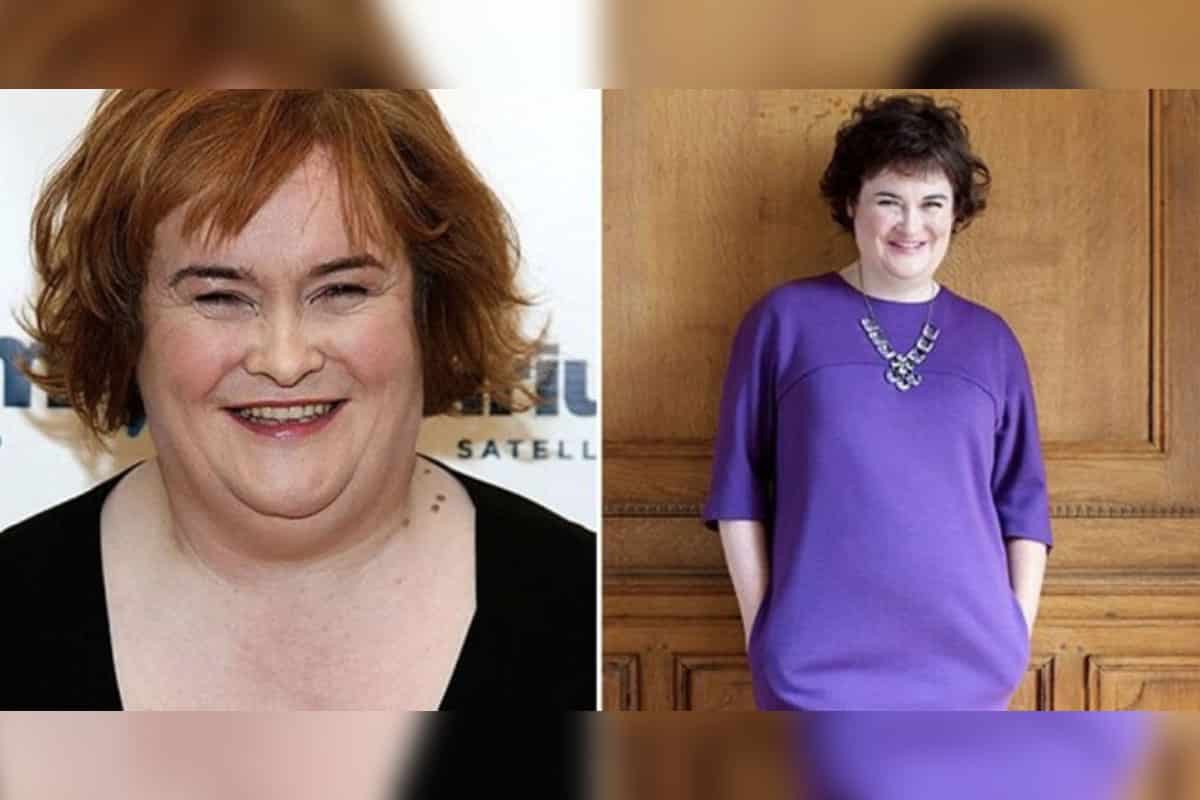 Born in April 1961 in Blackburn, the Scottish singer Susan Boyle first came to the spotlight in 2009 following her performance for Britain’s Got Talent. Her first album turned out as the best-selling debut album in the UK, of all time.

Several years later she was diagnosed with Type 2 diabetes, forcing her to cut sugar consumption.

Boyle switched to natural sugars from vegetables and fruits rather than the ready-made type, and so far it has worked great for her. She has lost around 50-pound, and now she looks better than ever. 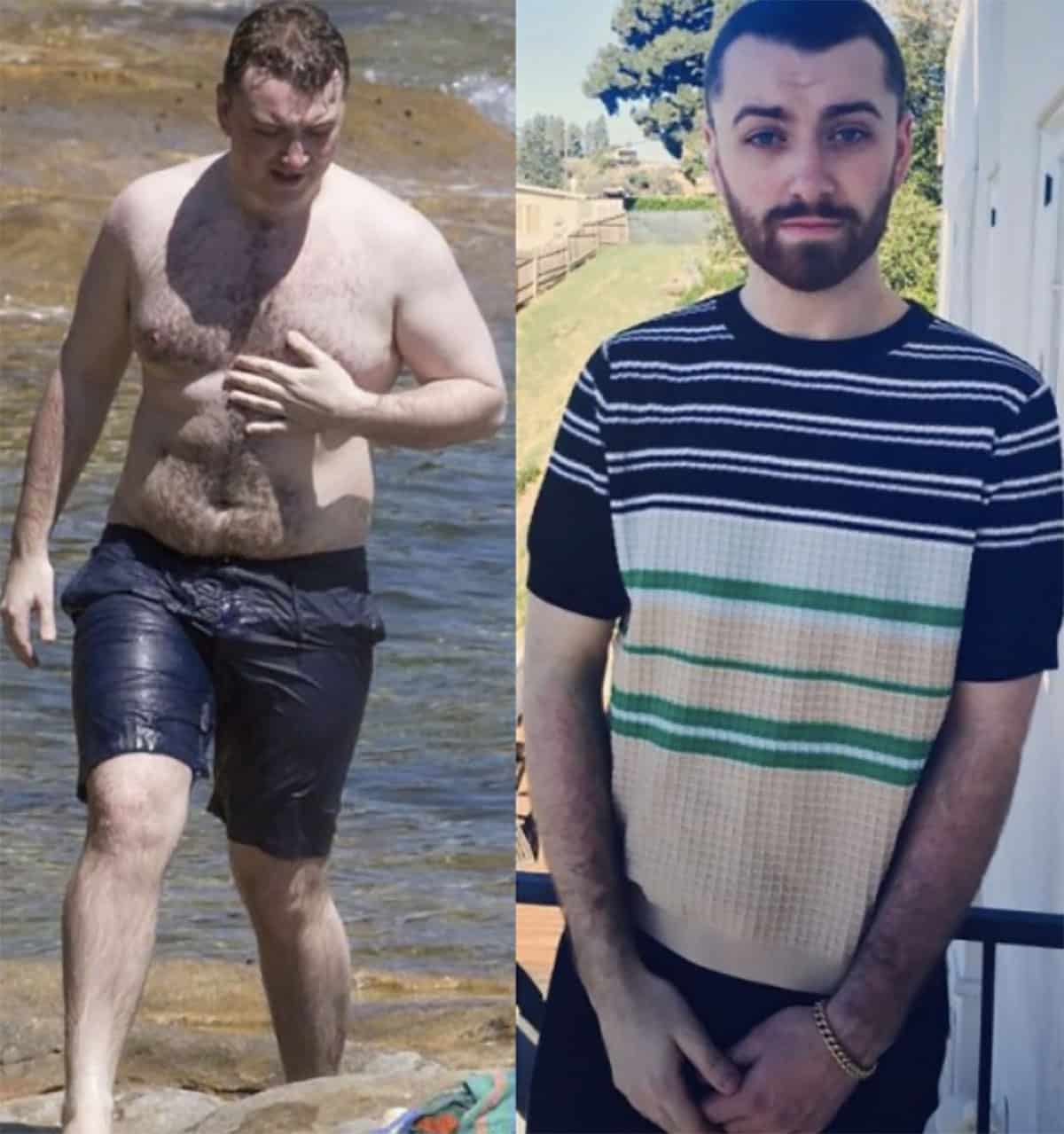 British singer Sam Smith was not always known for his slender figure, but he pretty much is today.

It is not exactly clear how many pounds of weight he has burnt so far, but you can clearly see the transformation on his recent photos. Some fans even call him “the incredible shrinking Sam Smith” now. 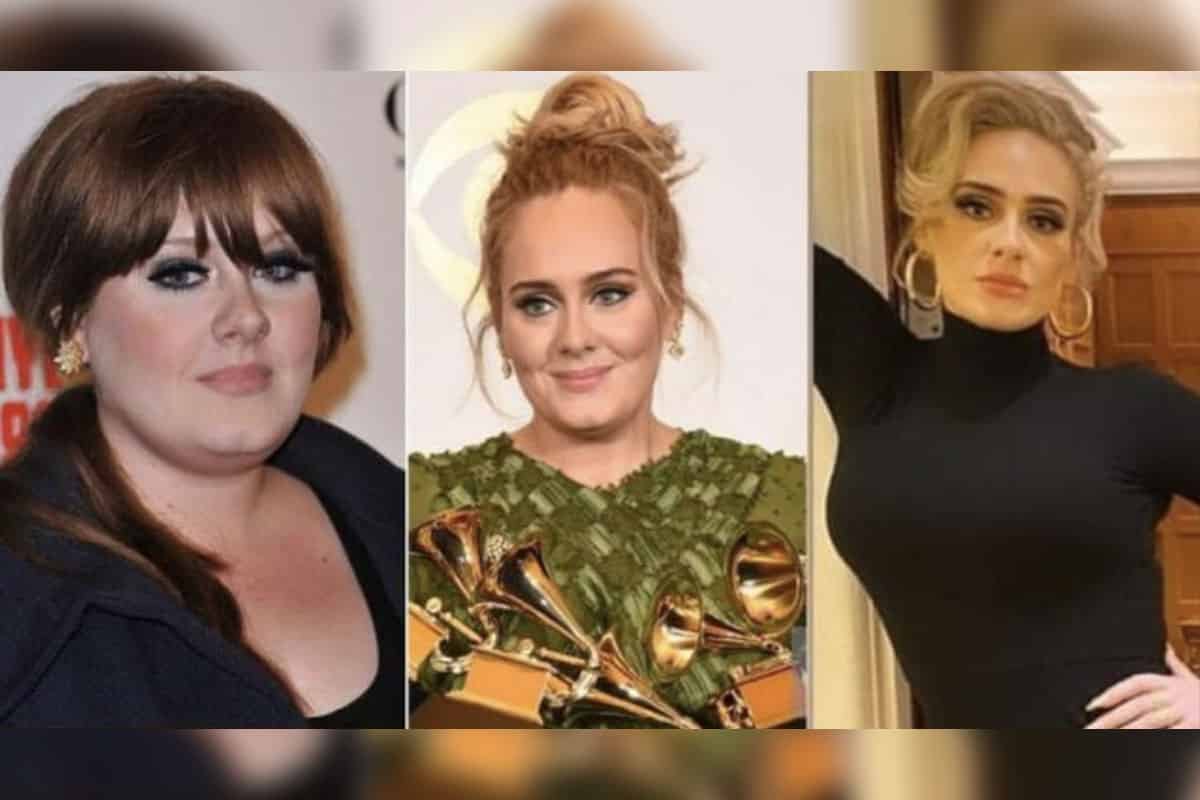 Here is one thing about Adele; she always looks amazing.

It had been true many years ago before she started a weight loss program, and it rings truer today with her more ideal shape.

Some say she began losing weight just before her 2016 tour for her album “25” which ran for 13 months.

More importantly the program was never about getting skinnier, but healthier during post-pregnancy and post-surgery recovery.

A major part of the program was making better food choices, and the effect is mind-boggling. 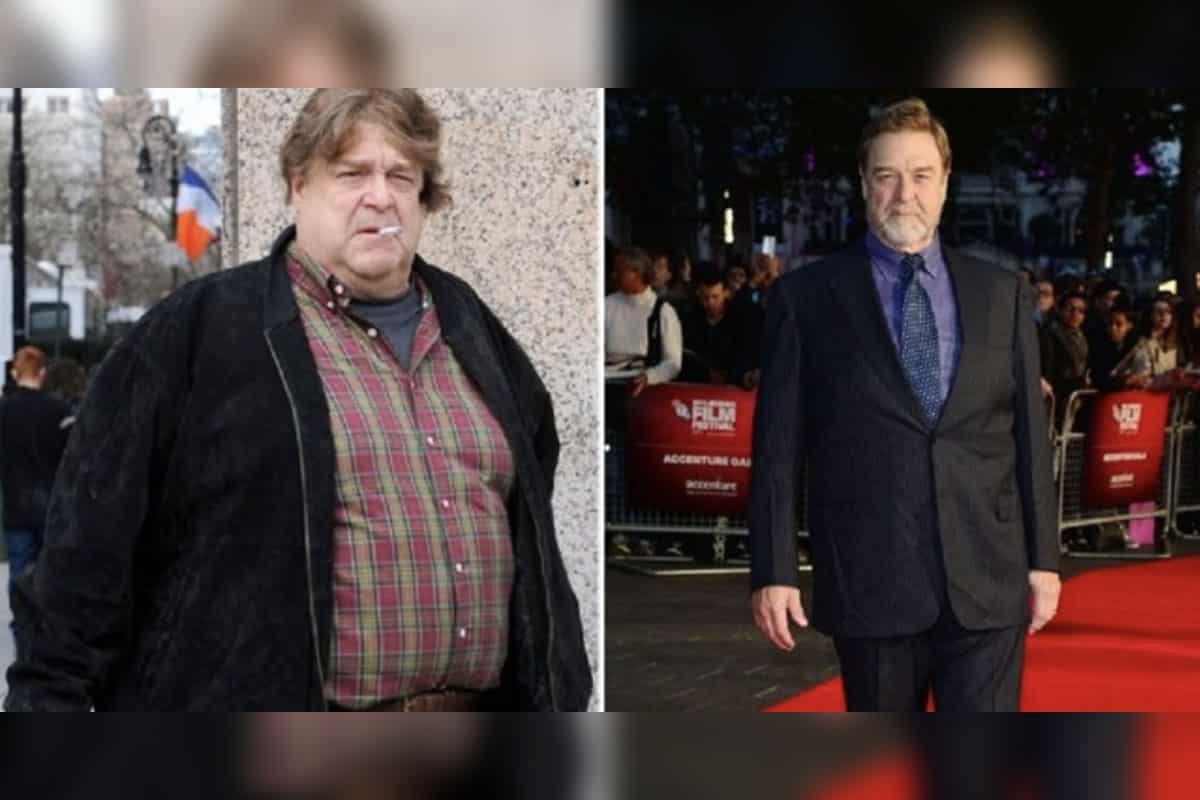 You can consider John Goodman a lucky man for having good relationship with Mackie Shilstone, a personal trainer who has worked with high-profile athletes such as Serena Williams and Peyton Manning.

In the past, Shiltone had already helped Goodman shred around 85 pounds of body weight, only for the actor to gain it back over the years.

Thankfully the last time the two worked together, Goodman was once again able to get rid of many pounds of fats from his body.

It only took the actor 15 months to accomplish what he has today. 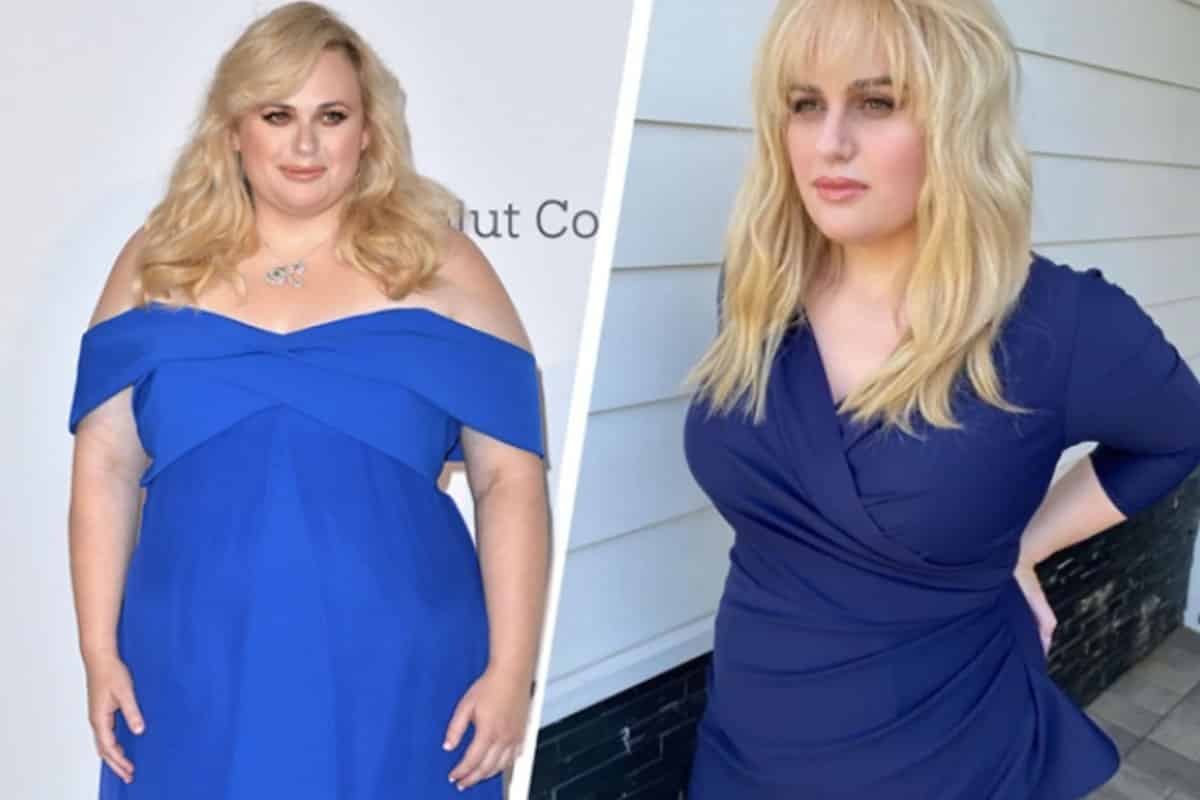 Since the beginning of 2020, Isn’t It Romantic actor Rebel Wilson has been on the journey to weight loss.

Her methods are actually pretty simple consisting of a walk, sugar-free drink, no junk food menu, and deliberate hydration. By the end of 2020, she aims to achieve her 165 pounds goal.

It is September now, and Wilson is only about a dozen of pounds to go. To intensify the training regime, she also embarks on stair sprints and other high-intensity interval training. 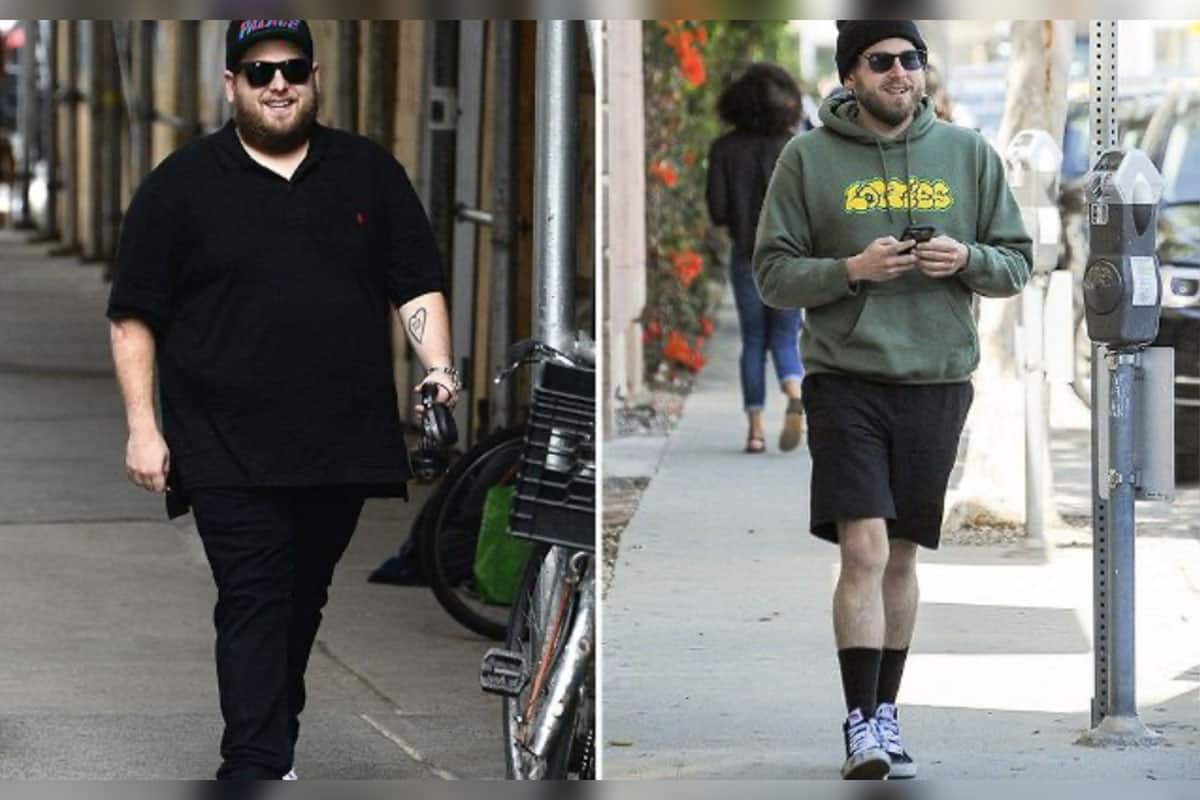 Since acquiring the leading role in Superbad, Jonah Hill has been gaining and losing weight many times.

In an interview with Ellen DeGeneres, the actor admitted to being vulnerable to criticisms about his body.

He decided to physically running to improve overall health and lose weight instead emotionally escaping the criticisms.

His routines include jogging to ease the way into the more intensive exercising and 100 push-ups a day.

He is in a much better shape now than he was several years back. 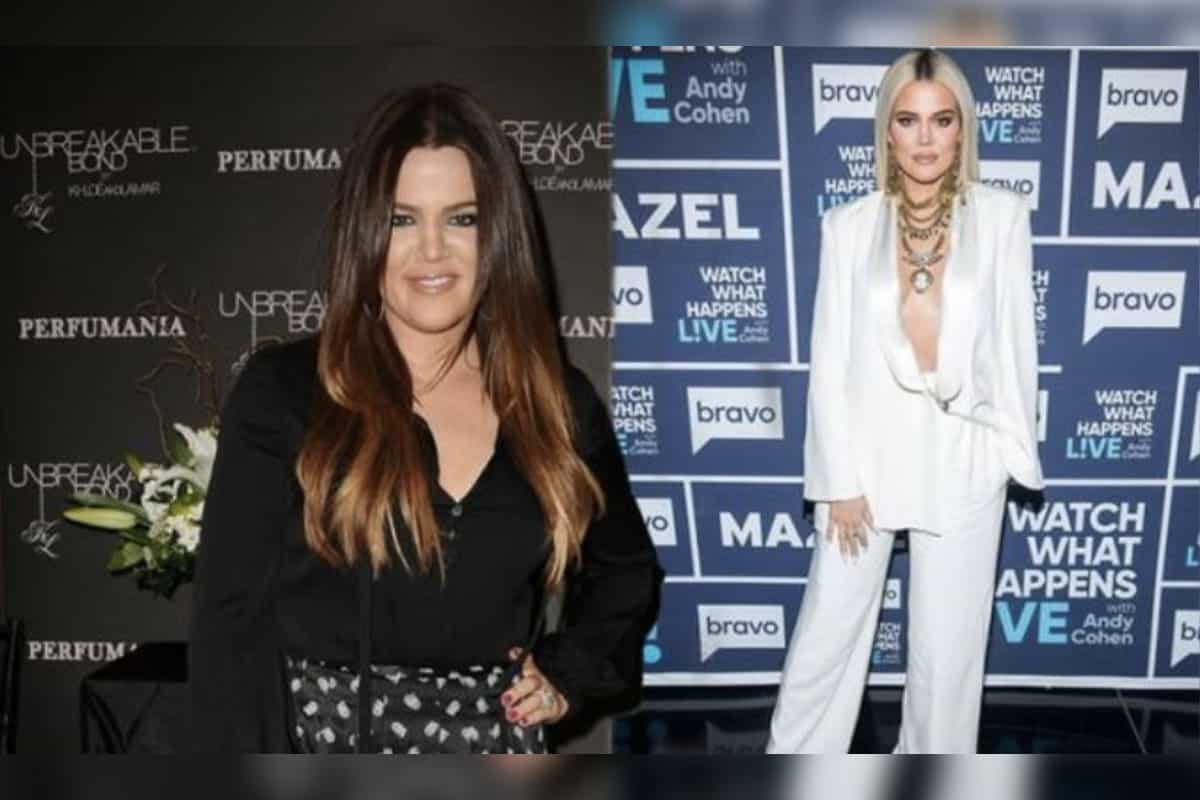 If you revisit the first episodes of Keeping Up with The Kardashians, you probably don’t recognize Khloe in the scene.

Back in 2013, she divorced from Odom, and that was one of the reasons she began embarking on fitness overhaul and massive diet.

The workout regime was initially intended to improve her mental well-being, but of course it inevitably affected her physical condition too.

Parts of the overhaul were removing dairy intake and sugar in addition to physical exercise.

She has managed to maintain her 60-pound weight loss so far. 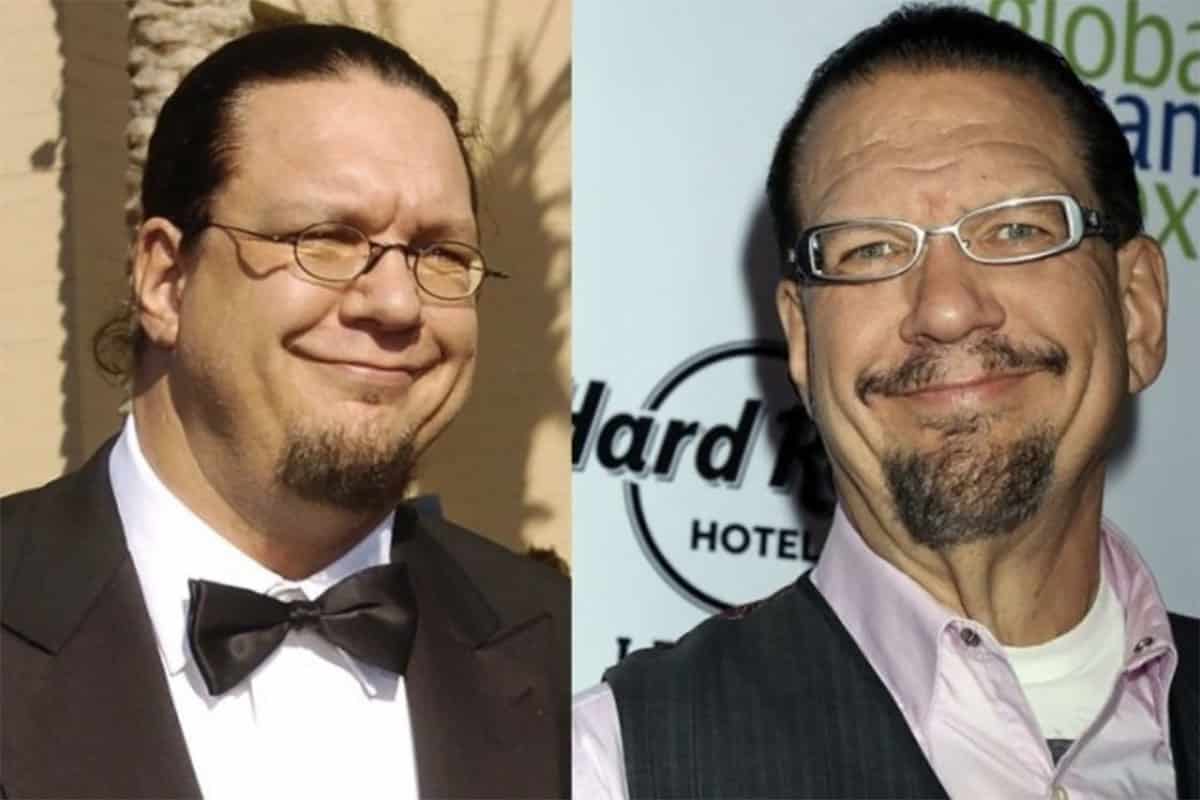 The tall man from Penn & Teller, Penn Jillette was once an overweight magician, but no more. In 2014, he was so heavy that he couldn’t walk up stairs without having to catch deep breaths.

As it turned out, the excess weight resulted in high blood pressure and 90% heart blockage.

Despite doctor’s order, Jillette avoided surgery and chose the more conventional method of dieting instead.

It was a radical diet that changed him into hard-core vegan. To maintain healthy weight, he limits eating to just 1-hour a day, so he always fasts 23 hours. 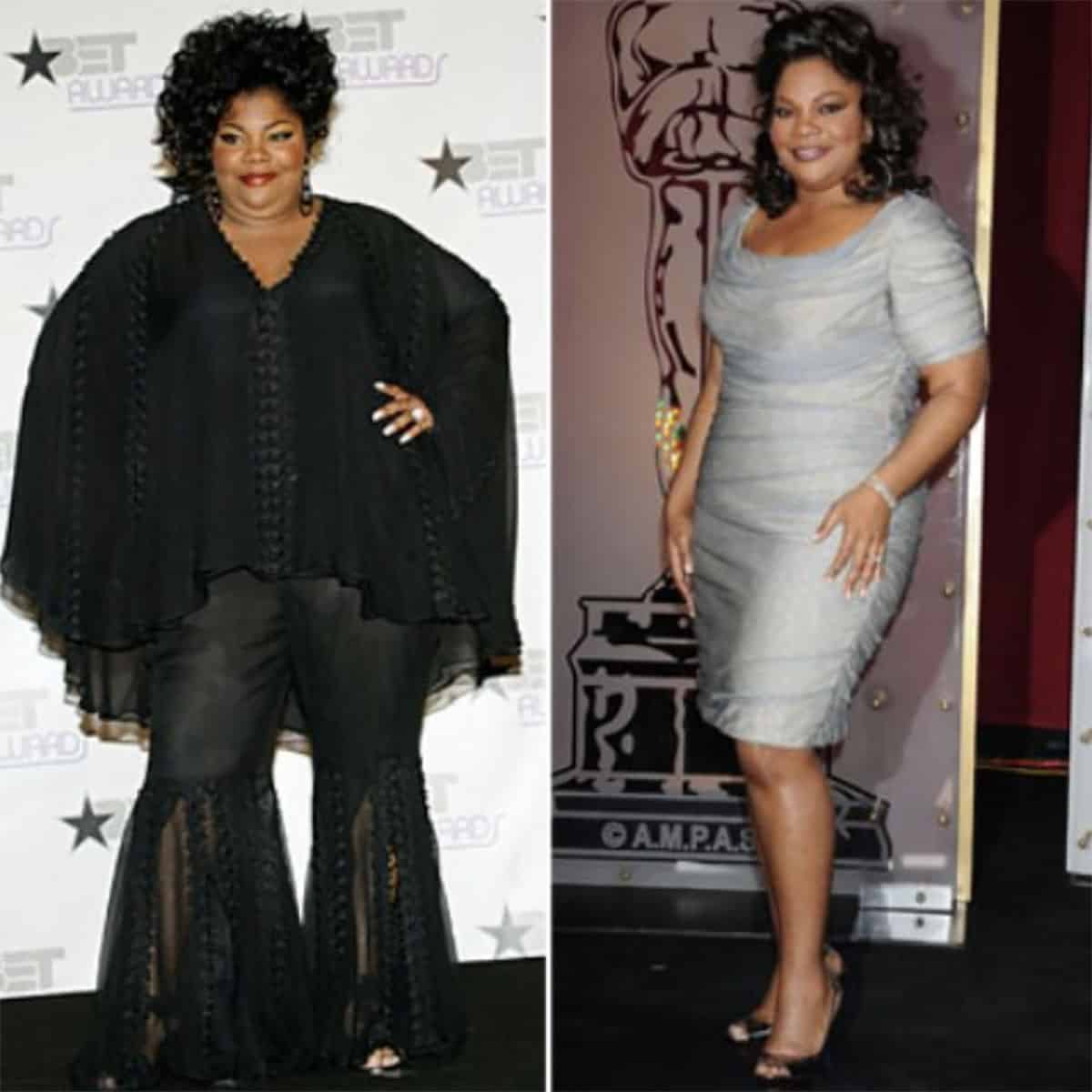 Female actor Mo”Nique started her struggle to lose weight in 2012.

After about seven months of doing yoga, running, playing basketball, lifting weights, and other physical activities, she managed to shred 80 pounds of weight.

The “Precious” star was at her heaviest in the late 1990s, tipping the scale at 300 pounds.

In addition to those conventional workout, Mo’Nique credits her weight loss success to two things: strict diet and dancing.

She had no pre-packaged foods and never gave up on herself.