by Factionary 2 weeks ago3 days ago
30views

In general people remember their childhood as time of freedom and innocence. Children are not bound by responsibilities of any sort, except for little things like making their own beds or walking the dogs.

In reality being a kid can be pretty rough, partly because of some other kids who have the talent for being mean and abusive. Bullying, whether done by kids or adults, is a serious problem.

In their own mind what they do is probably nothing important, but the victims feel real psychological trauma (many times physical injuries, too) they carry on for the rest of their lives.

Everybody can be a victim, including celebrities especially in younger days before they became famous.

Apparently to avoid being victim, some kids just cannot rely on the kindness of others; in many cases, those who cannot defend themselves are the easiest targets.

In other words, they need to showcase strength and willingness to stand up against bullies. Many popular people you know today were also picked on.

Before the world set its eyes on Lady Gaga as a one of a kind diva in an ocean of budding female singers, it had known her as a girl who couldn’t stand up for herself among bullies in school.

Gaga was often teased for having a big nose and being ugly; bullies would say if her laugh was funny and that she was just weird.

In an interview with PEOPLE, Gaga spoke of how the memories of being an easy target for bullies helped her connect with the insecure character she portrayed in A Star is Born, Ally Campana Maine.

If Gaga was bullied for having big nose and makeup like no other, Ed Sheeran cried almost every day in school because he was teased for having ginger hair and stutter.

As he grew older, however, Sheeran became fond of all the things for which he was being bullied as a kid.

He accepted his own somewhat quirky look and how it never brought much luck with girls.

Sheeran overcame all those by writing music. He started playing guitar and joined a band, then built his confidence along the way.

While growing up in Barbados, Rihanna found herself at odds with her classmates because they said she was not black enough.

Her skin was indeed lighter than everyone else’s. Then as she reached puberty, he classmates found another object of mockery; this time her relatively small breast.

Just like Gaga and Sheeran, music brought peace of mind for Rihanna. Although physical appearance matters a lot in entertainment industry, talent and determination are much more difficult to come by, and Rihanna has all of those at her disposal.

Through the Indian star’s interview with Glamor, we all learned that Chopra was bullied in high school.

It was so bad to the point where she moved back to India from the United States.

She talked about her experiences again with the Associated Press in May 2019.

She said her schoolmates called her “brownie” and told her to go back on the elephant she came on.

The teasing affected Chopra and her self-esteem a big deal, but then she proved to be one of the most powerful and influential women through her acting and music career.

The Hunger Games star had to change schools quite often in her early years because, in her own words, “some girls were mean.”

In an interview with The Sun, Lawrence found a bit of a relief in middle school and she was doing generally alright.

But she would never forget one particular episode where one girl gave her invitations to hand out to a birthday party that Lawrence herself was not even invited.

Considering she is one of Hollywood’s brightest stars, you can easily assume she can crash to any party she wants now, invited or not.

Most kids whom Justin Timberlake grew up with played sports, but he has always been a music lover.

While it might not sound like much to a lot of people, apparently it was a problem for Timberlake. In Tennessee, if you didn’t like sports, especially football, you were a sissy.

Music is often seen as a form of liberating art, giving freedom of expressions and peace. In Timberlake’s case, music was the reason he became an outcast.

Then of course, he built his way to fame and fortune from the thing that made her suffer from emotional and verbal abuse in the past. 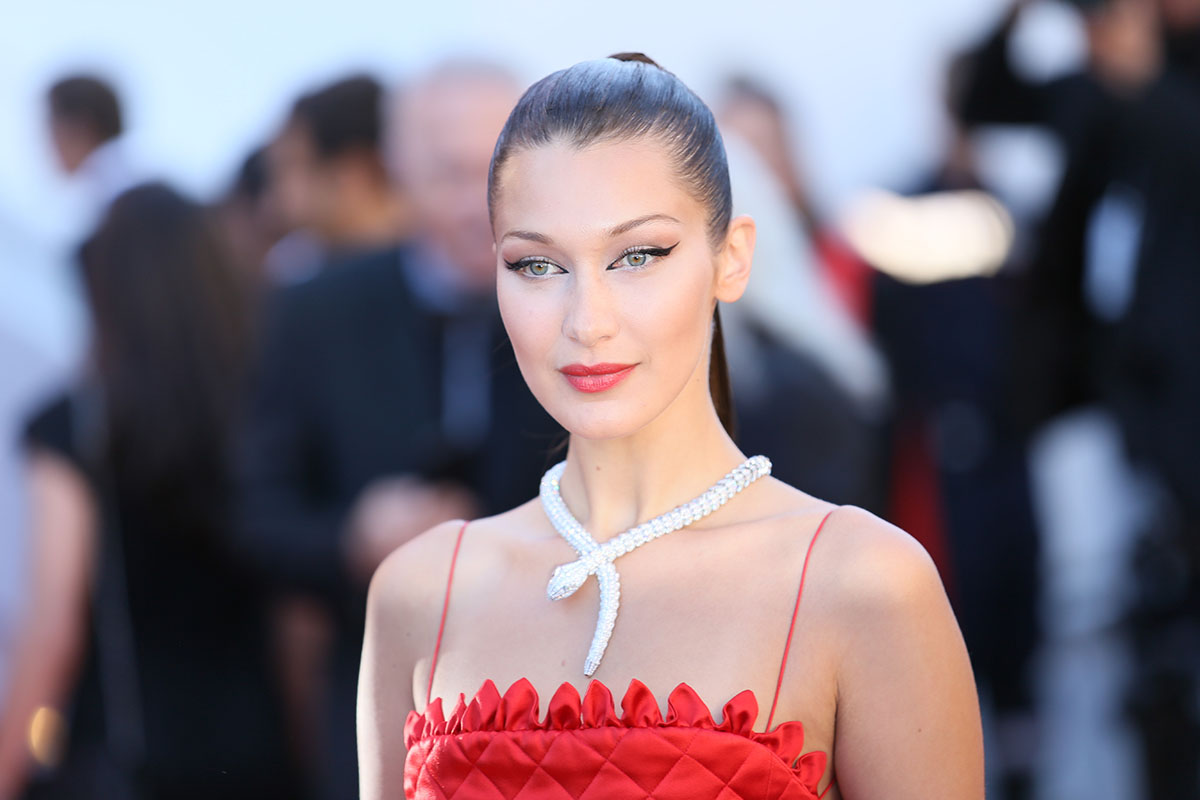 The American model does not usually care about what haters in social media say about her, but some comments are just too mean and unfair to let slide.

She eventually fired back and faced an online bully who commented on a split photo of her and Kendall Jenner.

The comment read something to the effect of: money can buy plastic surgery and get you a new face, but never a nicer personality, something both Hadid and Jenner need.

In her response, Hadid said that “jealousy is a cry for help.”

At one point in her middle-school years, Demi Lovato developed eating and self-mutilation disorders.

As it turned out, the problems started because she was a frequent target for bullies.

Among all the crazy things her bullies did were standing across the street to her house and yelling things at her, writing hate petitions about her, and having CD-bashing parties of her demos.

Lovato has overcome the emotional trauma from all those, and now she is an ambassador for Secret’s “Mean Stinks” anti-bullying campaign.

You know Elon Musk as a business genius who has successfully made electric cars mainstream and sent rockets from Earth to space and back again.

Musk is most likely among the top 1% of the world’s smartest and richest people. When he was a kid growing in South Africa, things were not always easy.

He was picked on all the time, but he found refuge first in his own family and second in computers.

Both provided the mental escape he needed the most and the gateway to building his massive fortune.

There has been two conflicting stories about Ariana Grande and whether or not she was a bully victim.

In her own version, she claimed to know what it felt to have her heart broken by bullies, but without enough convincing details about it.

However, some people on reddit actually claimed that Grande herself was a bully who often picked on girls she thought were inferior to her.

Another redditor said the singer and actor was a real obnoxious girl in school who liked to bully other kids on the school bus.