by Factionary 2 weeks ago1 week ago
21views

The entertainment industry has become the unofficial shining beacon for the world’s lifestyle. It sets a seemingly agreeable standard of fashion, luxury, and of course beauty.

When it comes to physical appearance, the big powerful executives as well as the audience only want people of idealized slender figures to act, host, sing, dance, and perform in any way.

If a woman is any larger than size 6, she is not likely to get any leading role in films; if a man has no washboard abs and rock solid chest, he should be so lucky being a sidekick.

For celebrities, losing weight is part of the job. They must maintain ideal figures to improve the chances of getting hired for the next project.

Certain roles even require actors to lose so much weight within impossibly short period of time that they need to resort to unhealthy diet methods.

But some of them actually lose weight to be healthier; and if it gets them in the spotlight again, then it is a bonus they shouldn’t decline.

There are some cases where celebrities underwent extreme weight loss transformations that at the end of the process they look like entirely different individuals. 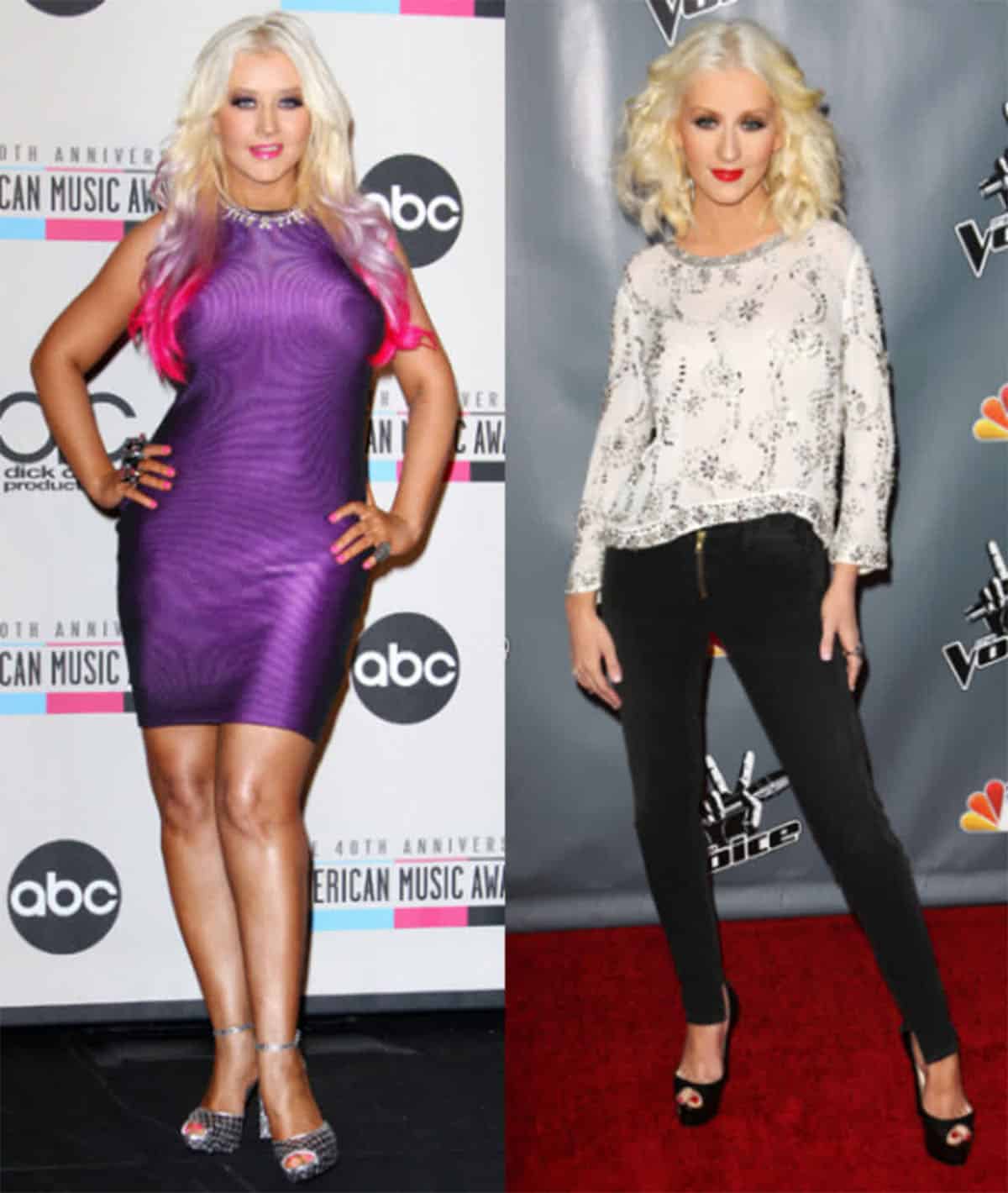 During her time as host/coach on The Voice added with the works on her seventh studio album Lotus, Christina Aguilera admitted she had difficulties prioritizing herself, hence weight gain.

When she finally earned a break and spent time with her son away from the camera, Aguilera had the real chance to shift her focus from work to personal well-being.

She came back to spotlight refreshed in 2013, having lost about 50 pounds of weight thanks to simple diet modification in which she started eating blueberries, shrimp, and salads. 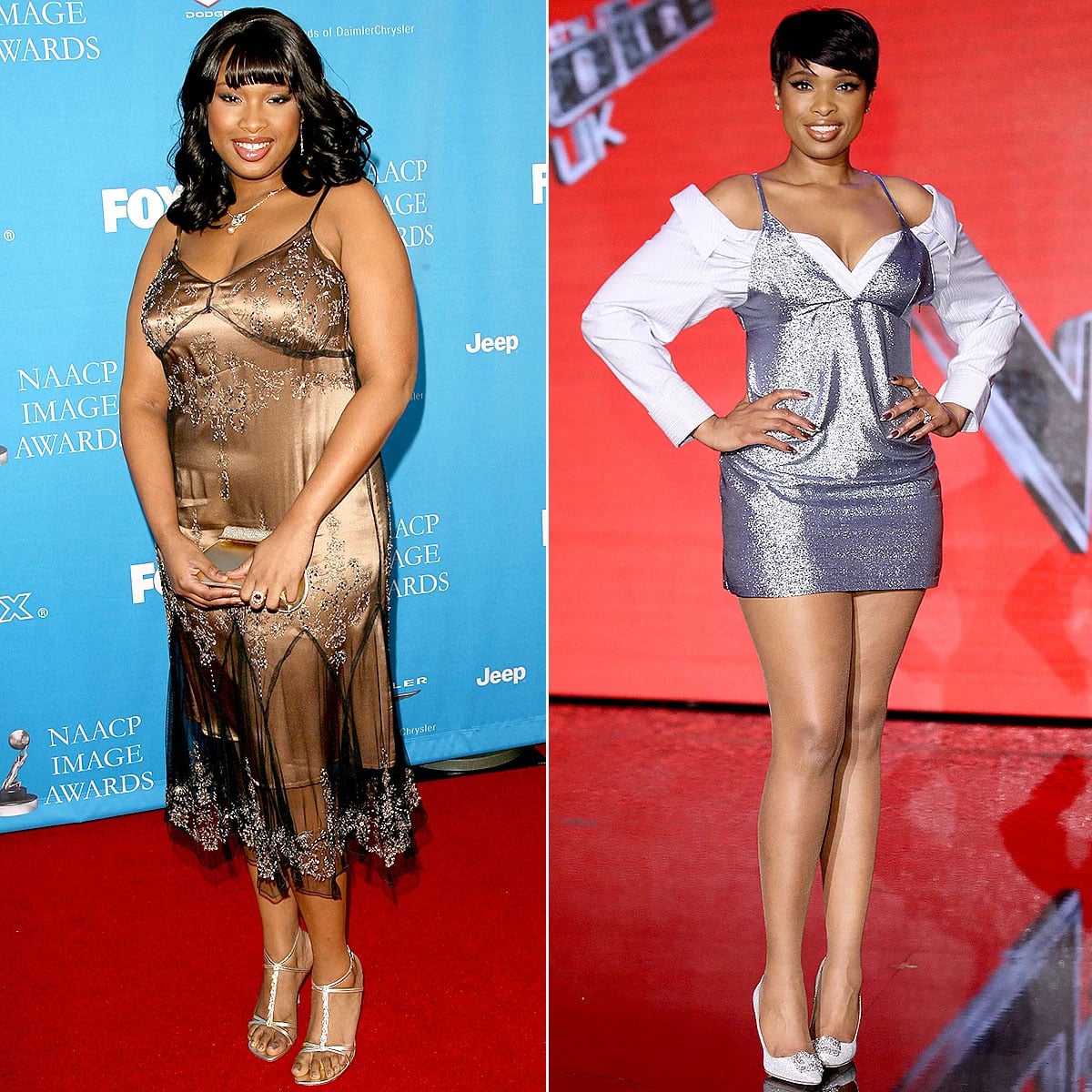 Back in 2011, Jennifer Hudson managed to get rid of 80 pounds from her body.

She must be one of few celebrities dedicated enough to make lifestyle changes for the sake of getting healthier, not fame.

Hudson rose to fame on American Idol, and then skyrocketed to popularity for her role as Effie White in Dreamgirls.

She was not what you could call “skinny” at those high points in her career. She said losing weight was all about self-motivation and the right mindset. 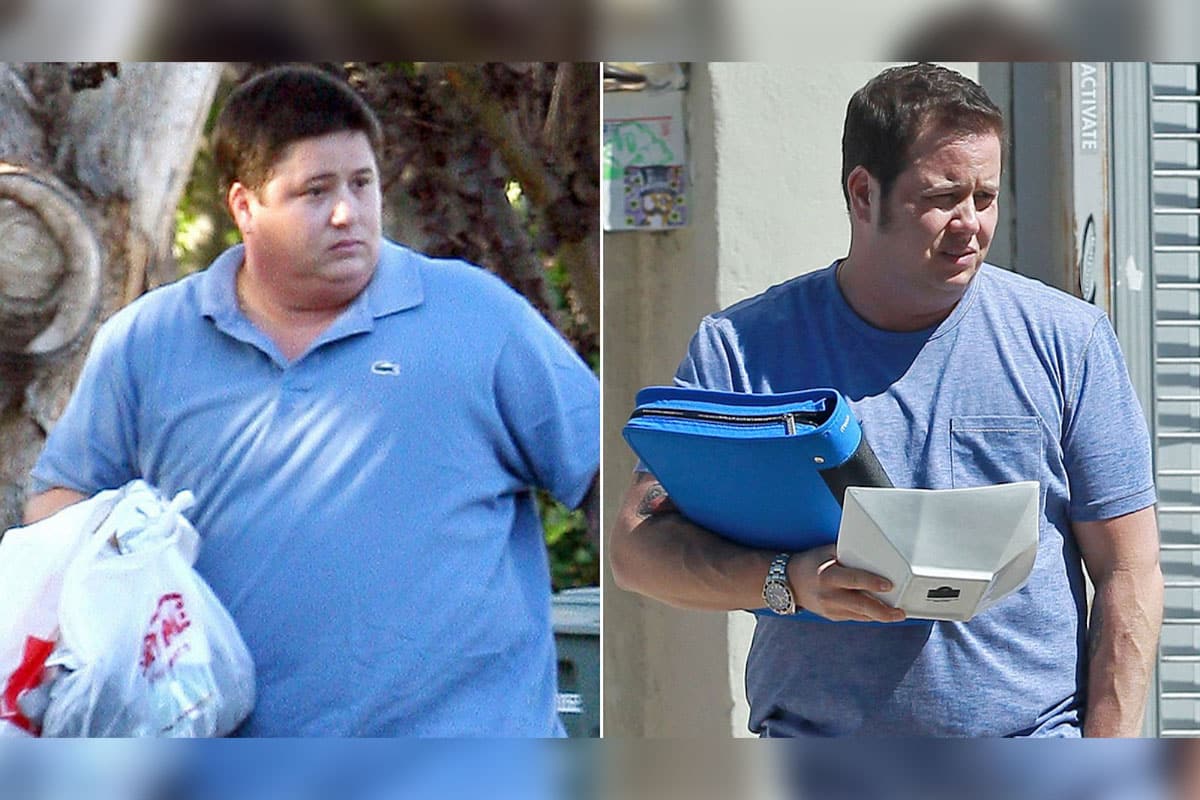 The short stint Chaz Bono had in the Dancing with the Stars Season 13 probably helped him catch the mood for losing weight, although he wasn’t really committed to any goal back then.

By the time Bono developed a little bit more seriousness into it, he realized it was a massive effort to work his way down from 250 pounds.

As it turned out he overcame the challenge and lost about 70 pounds in 2013. In an episode of The Doctors, Bono said he felt more comfortable.

However, in his later appearances on various platforms, audience couldn’t help but notice that he gained back some pounds he had previously lost. 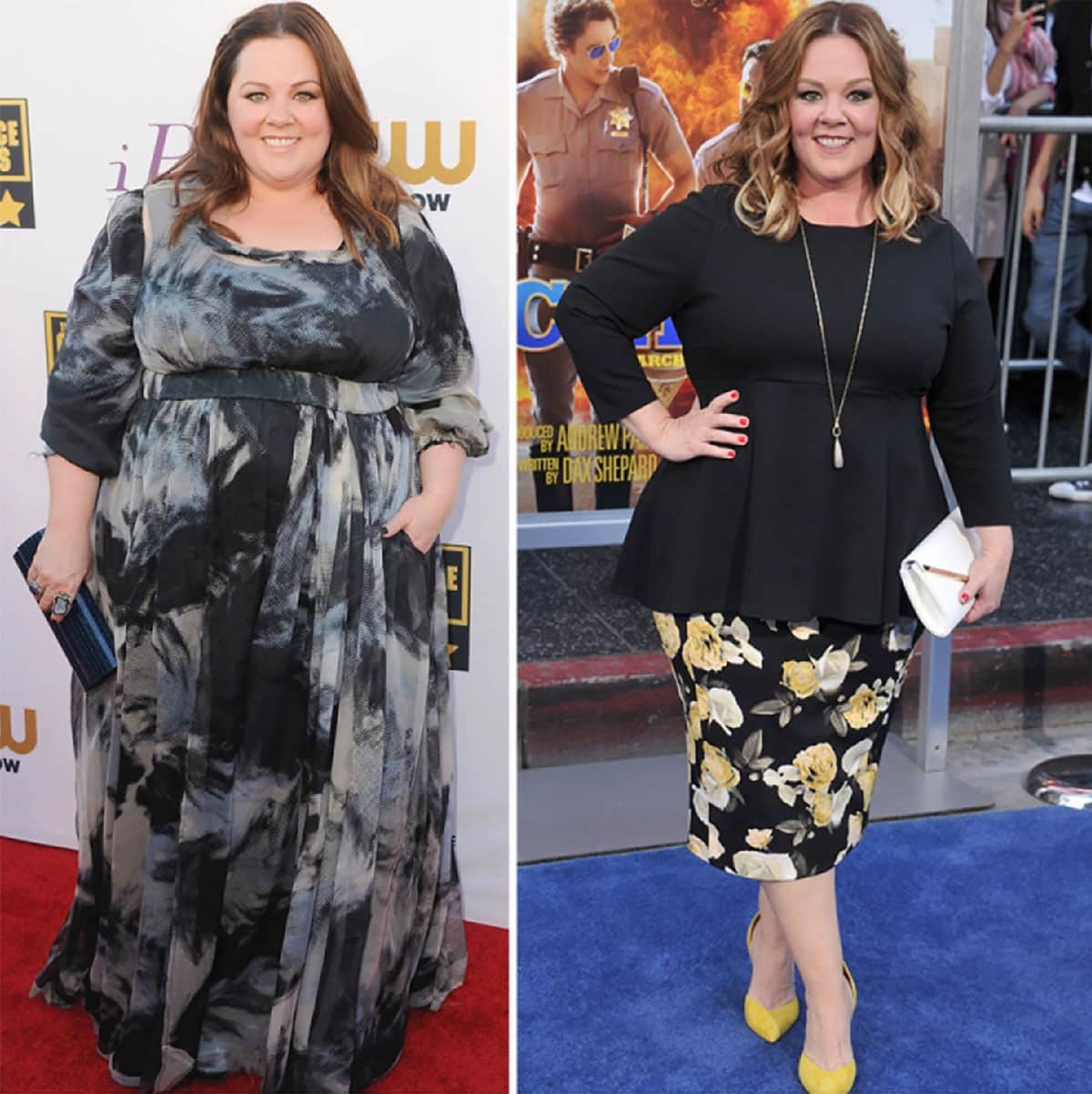 Some people would find it surprising, but then again it was a success that took her 4 years to achieve, so on average she lost slightly less than 20 pounds a year, or if you need more acceptable statistics: 1.5 pound a month for 48 months in a row.

During the Toronto Film Festival in 2018, she showed the world her slender figure.

Several years before the weight loss transformation, she had started a fashion line called Seven7 for plus-size women. 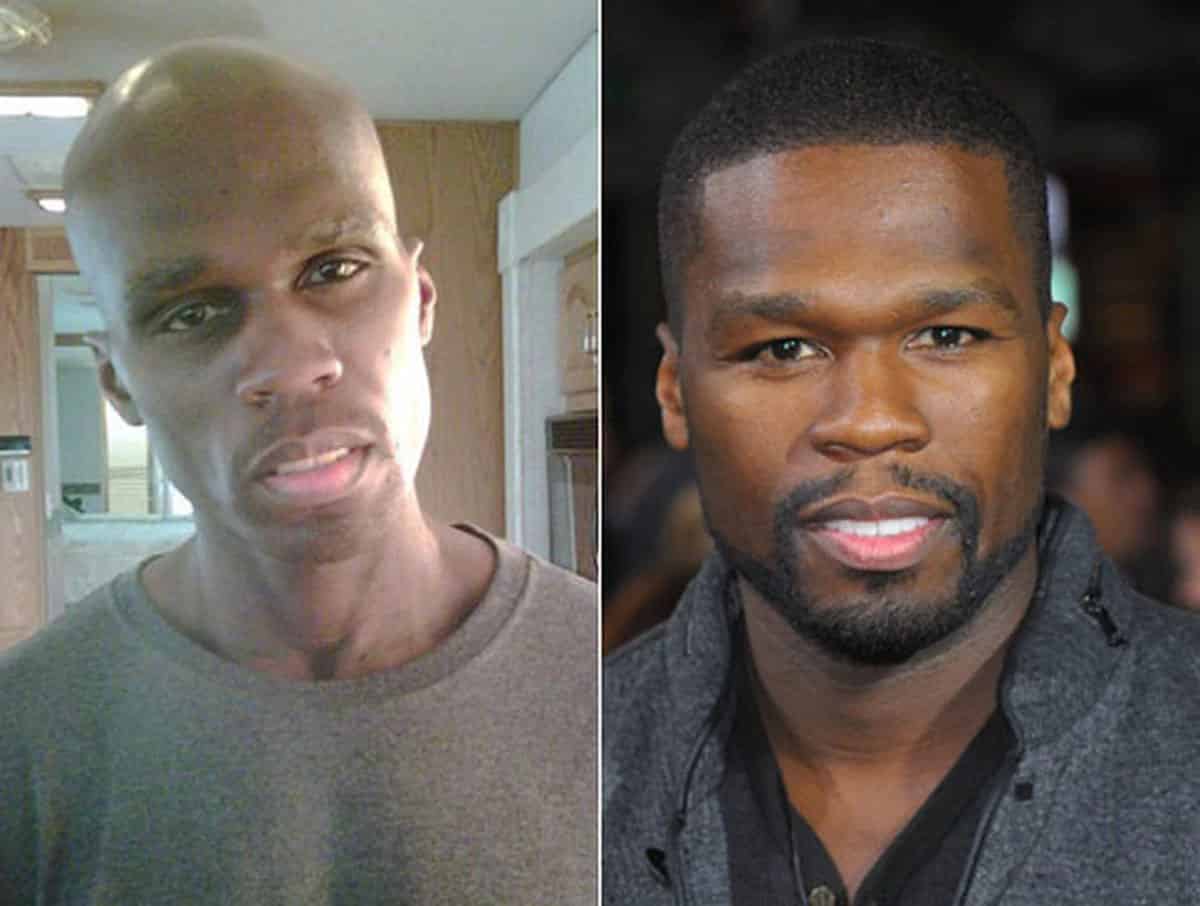 In Hollywood it is nothing strange to see an actor losing weight for a specific role. Some actors are in fact notable for their ability (or willingness) to undergo strict diet and training regime in order to change their physical appearance.

Curtis Jackson, also known as 50 Cent, is one of those actors.

For his role as Deon in 2011 movie All Things Fall Apart, he needed to shred more than 50 pounds of his weight in just nine weeks.

He did exactly that the hard way by getting into strict liquid dieting and running on treadmill for three hours a day. 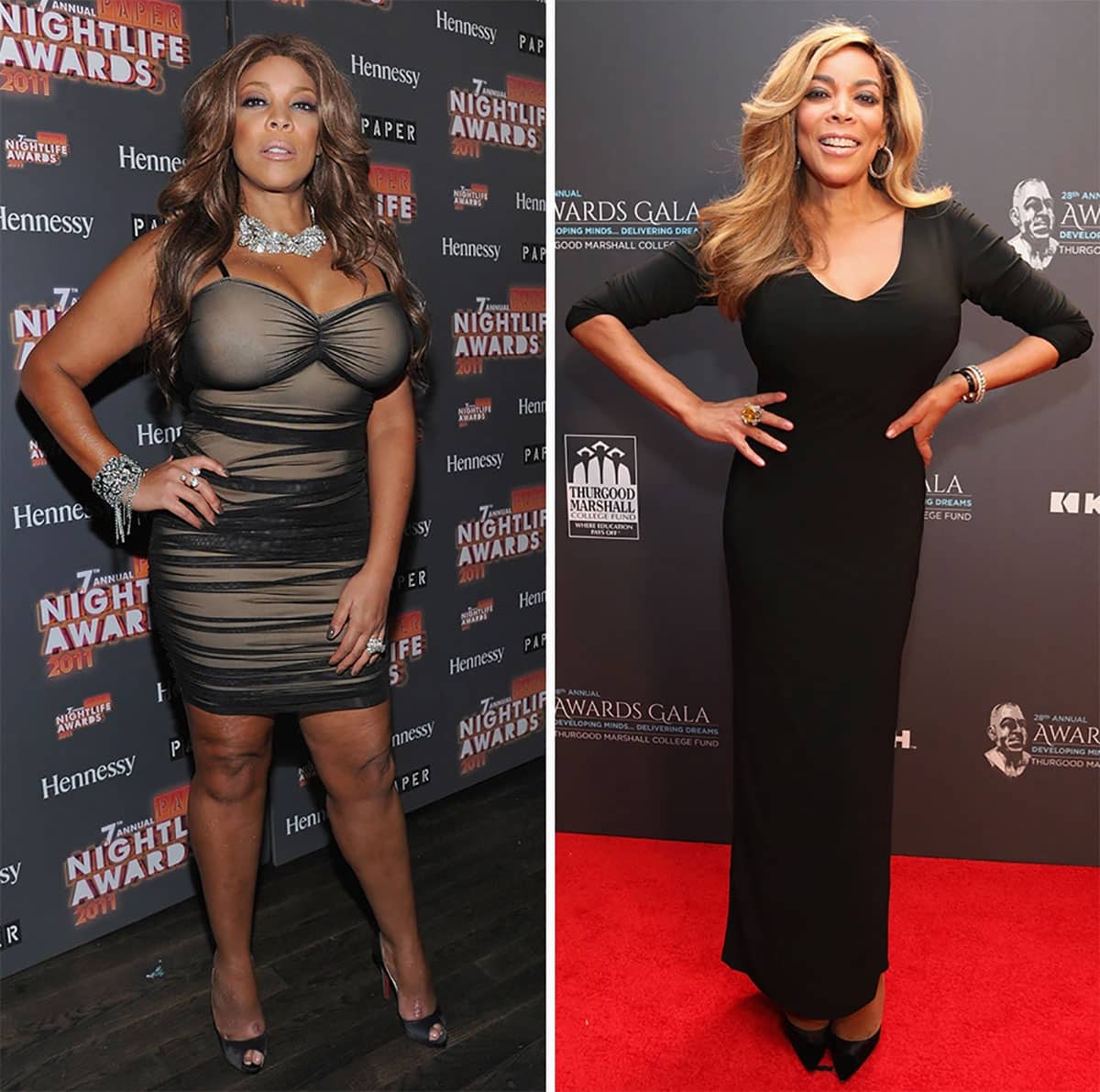 While making the debut for the 12th season of her talk show, Wendy Williams revealed her new slender figure to the world.

She claimed to lose weight not on purpose, and part of it was due to the Coronavirus pandemic.

Williams told her socially-distanced audience about how suddenly food became disgusting to her. She didn’t plan to go on a diet, but she did anyway.

During her routine colonoscopy appointment, the doctor asked her to step on a scale, and in that exact moment she realized as much as 25 pounds had gone. 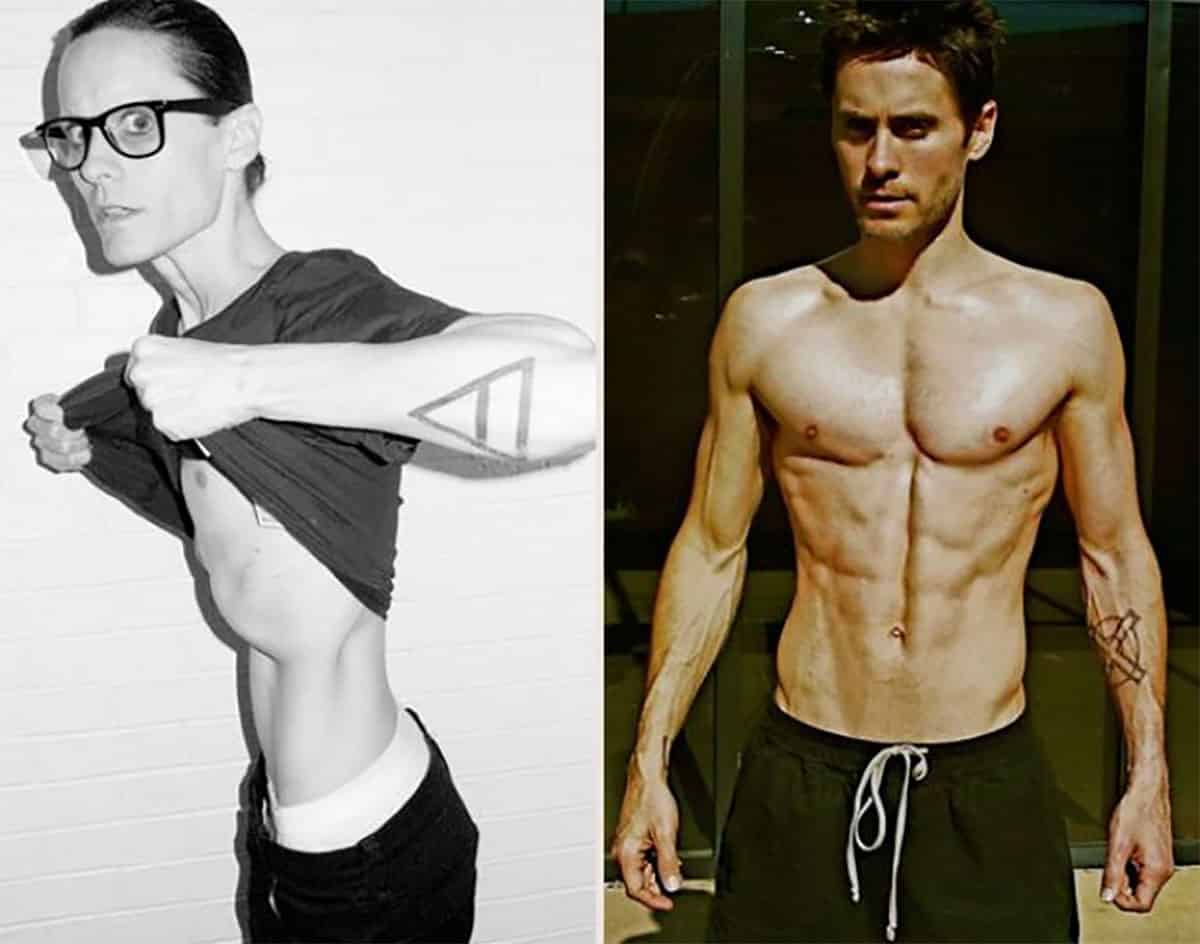 Apparently pushing yourself to the limit in order to portray Joker has become quite a trend lately in Hollywood.

The late Heath Ledger took some serious mental training for the role, and Jared Leto – who played the same role in Suicide Squad – probably did the same thing.

For the role as Rayon in Dallas Buyers Club, Leto once again pushed himself hard.

He lost 30 pounds of weight by simply refusing to eat.

It was not just the physical transformation, but the diet also placed him in a state of mind required for the role: fragile, unsafe, and delicate.

He received Oscar and Golden Globe Awards for his performance. 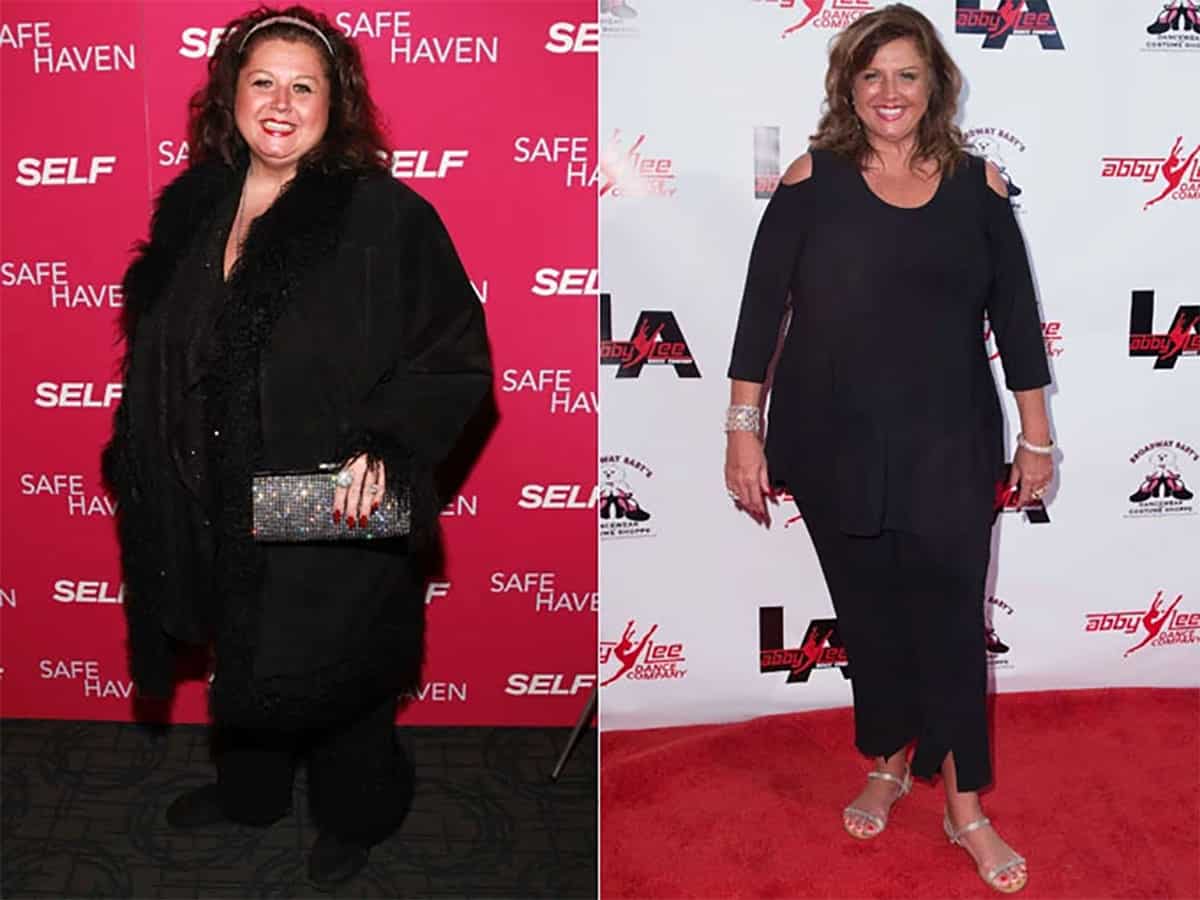 Reality TV personality Abbey Lee Miller had gone through quite a lot.

She pleaded guilty to bankruptcy fraud in 2016 and was sentenced to a year and a day in federal prison.

While imprisoned, Miller lost around 100 pounds of weight, but perhaps it was not all because she meant to do so.

Her health deteriorated in prison because the prison doctor stopped her medication for her pre-existing conditions including diabetes and thyroid disorder.

During an appearance on The Wendy Williams Show, she claimed it was cold turkey. 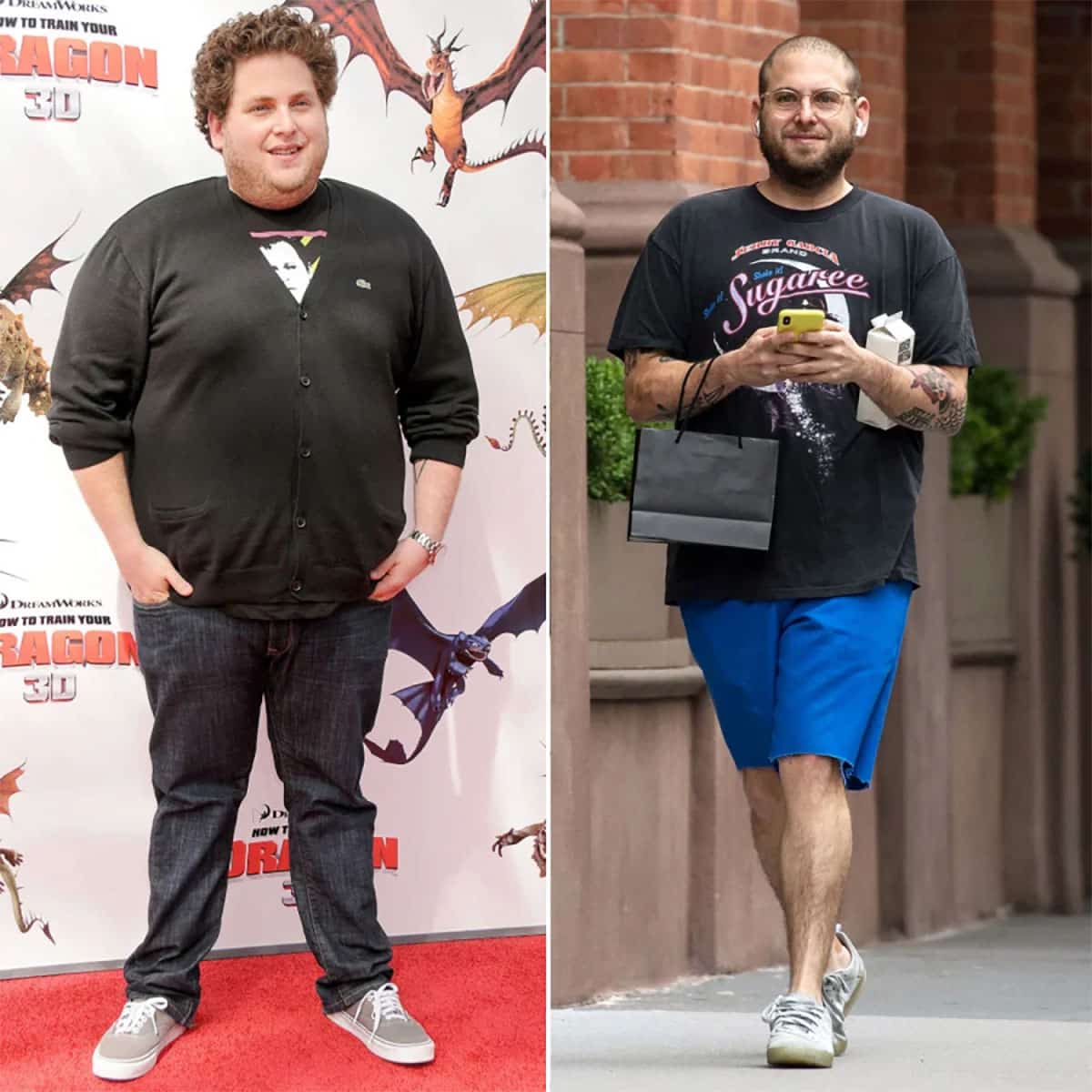 For his role in War Dogs, Jonah Hill had to bulk up his weight. Several years later, he appeared notably slimmer at the WSJ. Magazine 2018 Innovator Awards.

Just few months later, he went public on social media to reveal that martial arts training was his method of choice to lose the pounds.

He started Brazilian jiu-jitsu and trained regularly up to five times a week.

Hill claimed he was always an insecure person when it comes to body image, citing bad memories from high school.

He overcame the mental trauma and is now determined to get over the stigma. 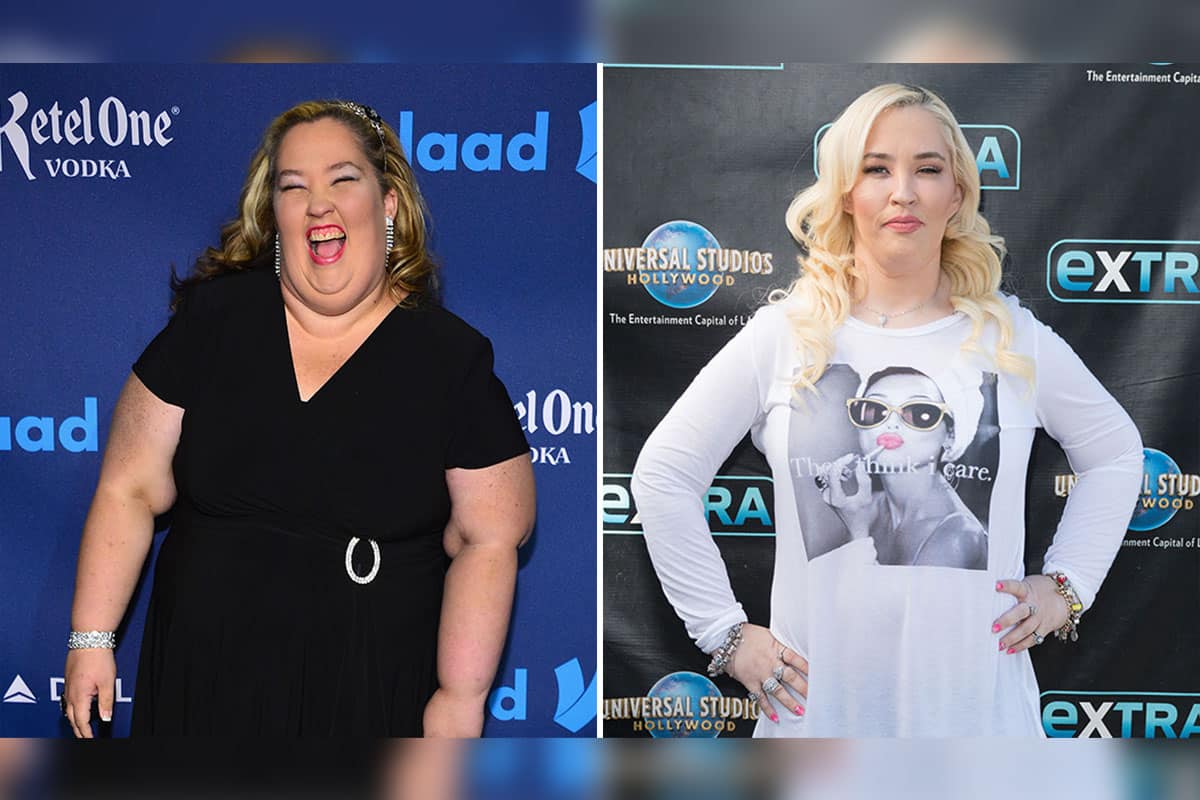 First came on screen in 2012 with her daughter Alana “Honey Boo Boo” Thompson on Toddlers and Tiaras, June Shannon – also known as Mama June – gained so much weight since the show ended in 2014.

She said at one point she reached a peak of 460 pounds.

To anybody’s surprise, she lost about 300 pounds of those and has so far managed to maintain healthy weight.

June had to undergo plastic surgery to remove more than 9 pounds of excess skin hanging on her neck, stomach, and arms.