by Factionary 4 weeks ago16 hours ago
09.7Kviews

On July 21, 1969, Neil Armstrong became the first of the human race to step on a planetary body other than the Earth itself, the Moon.

Various groups and individuals have made outrageous claims that NASA faked the landing due to seemingly questionable details observable on the photographs and video footage released to the public.

All those accusations suggest that the government fabricated the evidence to convince people of the American space exploration program’s might.

Moon landing hoax theories took off in the mid-1970s, or just about immediately after Apollo 11 mission had completed its journey to the Moon, descended to the surface, and returned to Earth.

An accomplishment that effectively ended the Space Race between the US and USSR.

Many of the hoax theories regained popularity again when in early 2001, FOX television network ran a documentary titled “Did We Land on the Moon?” in prime time twice.

The documentary was seen by 15 million viewers and sowed skepticism among the audience.

After more than 50 years, you would think that all those hoax theories would have died down, considering NASA has practically provided a logical explanation for every question raised about the landing. Well, the theories live on.

We are here to confirm neither nor debunk any claim; we are here merely to list some of the major allegations. 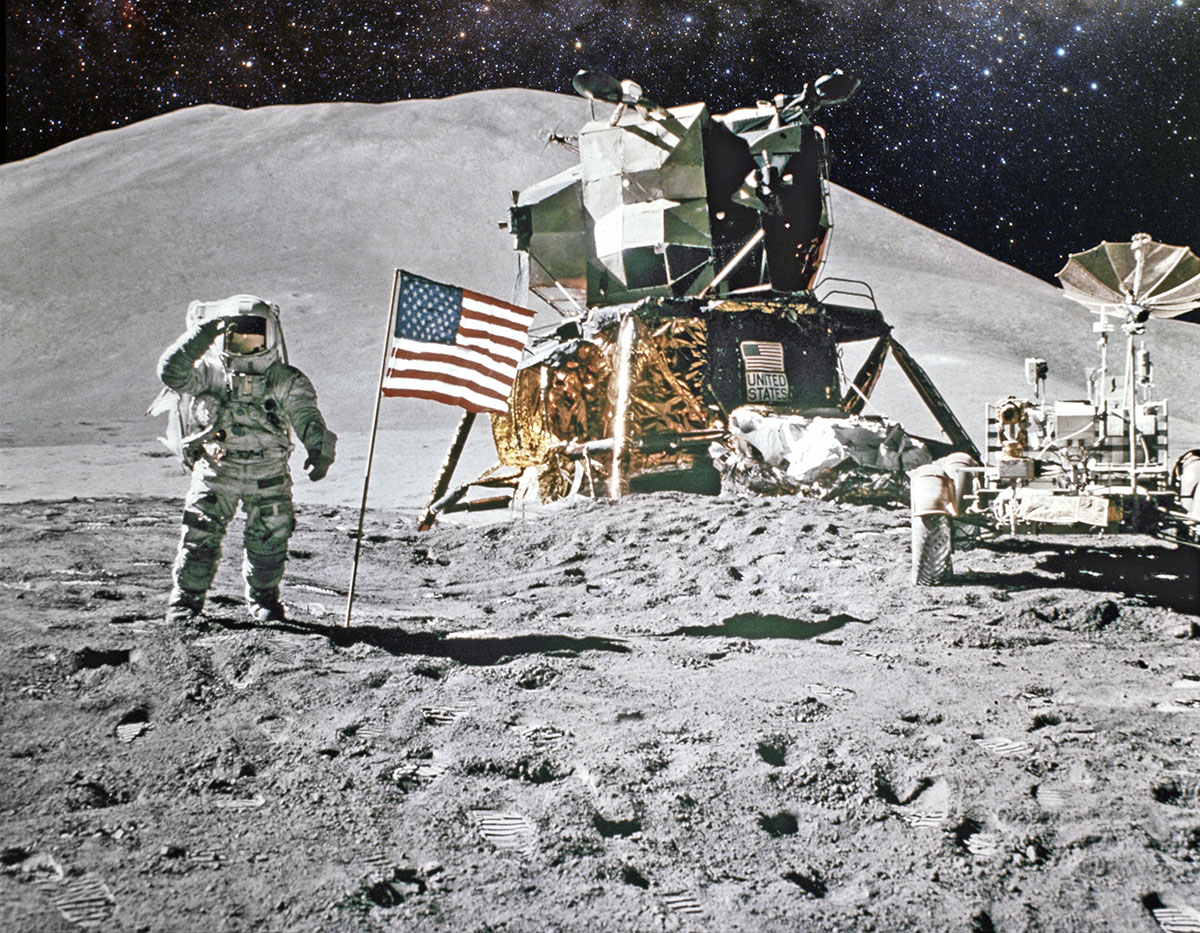 When the Lunar Module made its descent to the Moon, it would create a pretty significant impact crater on the surface. Moon is dusty, so the lack of visible impact underneath the Lunar Module in photographs seems like an impossible idea.

That claim has led to the belief that the Lunar Module never descended to the Moon at all. It was sitting still on a compact solid surface, for example, the floor of a movie studio. 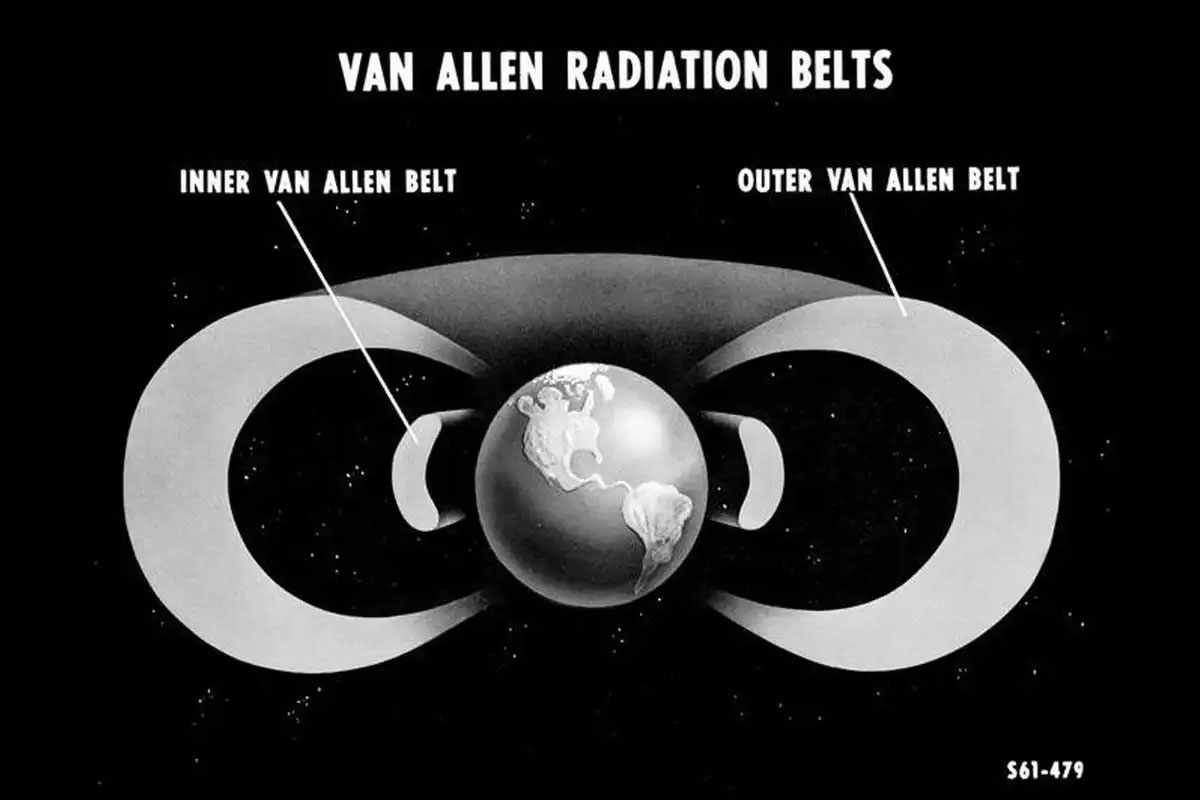 The area between the Earth and the Moon, known as the Van Allen Radiation Belt, has a lethal radiation level that would destroy anything traveling through the region, including computers onboard the Lunar Module used for the Apollo 11 mission.

One NASA scientist reportedly said in 2008 that it would have taken 15 years before we had the technology to go to the Moon.

In 2014, a NASA engineer made a similar statement claiming that the Van Allen Radiation Belt remained a monumental challenge to overcome before anybody could go through. Apollo 11 did it in 1969. 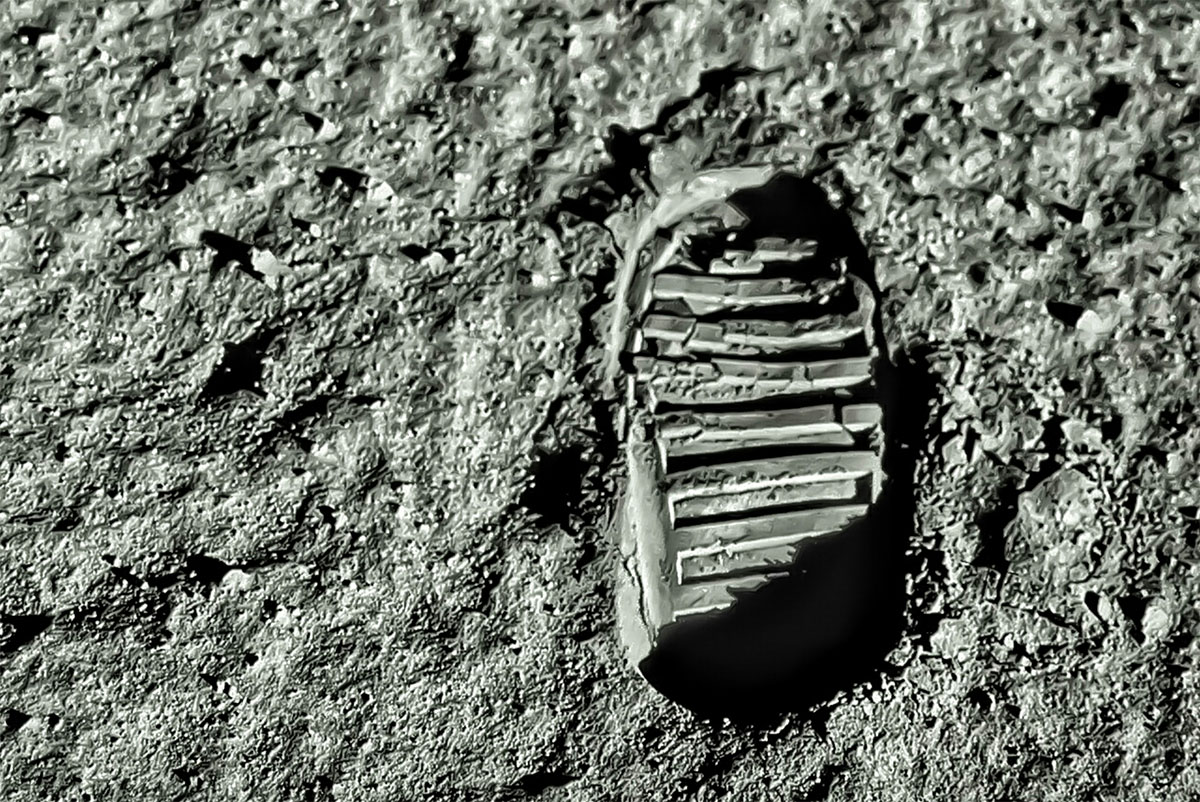 In one of the Moon landing photographs in 1969, Buzz Aldrin captured an image of his shoeprint on the surface. The shoeprint looks very clear, probably much too clear to be true.

This theory is based on the same reasoning behind the lack of visible impact crater on the Lunar Module docking site.

If Moon is indeed dusty and covered with a fine powder that resembles volcanic ash, then the shoeprint should have never looked that obvious. Unless, of course, Aldrin stepped on the wet sand.

An enduring claim of the fake Moon landing is based on the irregularity of cross-hairs on the photographs. Regardless of the lens used, the cross-hairs should have appeared at the front-most layer of printed images, but that is not the case here.

On some of the images, cross-hairs appear behind objects in the frame leading to the belief that NASA edited the photographs before releasing them. NASA digitally added fabricated objects to the existing images of the Moon’s surface.

A popular Moon landing photograph displays a rock with the letter “C” imprinted on it.

Whether this is a pure coincidence, an honest mistake during image processing or a studio prop that got misplaced remains a question that only NASA can answer.

The pure coincidence was improbable, so the letter “C” must have been written by extraterrestrial life or simply a marker on a prop that a film crew had put the wrong way.

Some even believe that a photographer at NASA intentionally added the letter as a joke.

At least two photographs of the Moon landing have the same background. In one image, the Lunar Module is present, whereas, on another, it is absent. The backdrop in those two photos is an identical mountain.

NASA explained that the two images were captured miles apart. Lunar Module should not have moved anywhere from when it had landed until it began the journey back to Earth.

Certainly, the Lunar Module did not glide, and the crew could not push it around.

An easy claim of hoax takes root in the lack of stars in any of the photographs. There were no clouds on the Moon, meaning the stars should have been visible in the background.

If any decent camera could capture a shot of a perfect starry sky, then the photographic equipment used by NASA would have been more than adequate to do the same.

The claim suggests that NASA found it too difficult to map the exact locations of the stars, so they chose to leave them out instead.

Apollo 11 crew used cameras without light meters and viewfinders, yet the photographs produced came out to be perfectly exposed and composed. It would be difficult on a typical setting on Earth, let alone on the Moon.

There is no question that astronauts are brilliant people, but photography might not be their best trait.

NASA explained the crew had a lot of practice before the mission, probably included training on how to take photos. Post-processing and editing played a big role in the released images, just like what is suggested in other claims.

2 Shadows In The Wrong Directions

Another hint to point out is the direction of the shadows in the photographs. There wouldn’t be many light sources on the surface of the Moon, except the sun.

Therefore, regardless of where the photos were taken on the surface, the shadows shout have been going in the same direction.

In some photographs, however, the shadows seem to be all over the place. The implication is that NASA used multiple light sources placed strategically around the objects, such as in a photo studio, so the camera didn’t have to struggle.

One of the first things to notice is the waving flag. The flag was indeed attached at the pole vertically and horizontally from a rod across the top. Otherwise, it would be impossible to have the flag observable.

When Neil Armstrong and Buzz Aldrin planted the pole, the flag seemed to naturally ripple as if there was a light breeze hitting the fabric.

There is only one problem: the Moon has no air, so the breeze must have come from something else.