Jules Verne’s Captain Nemo is always depicted as a mysterious character. He barely ever says anything about himself, except a tiny bit of detail about his past, to anyone.

As the highest-ranking officer in his submarine, Nautilus, he avoids dry lands for as long as possible.

He has little respect for anything that isn’t part of or doesn’t come from the ocean. Very few surface commodities he is willing to use.

Among the things he acquired from dry land include tobacco and clothing.

Everything else has to be of marine origin. Captain Nemo created the Nautilus around the mid-19th century and utilized nuclear power as the propeller.

In a remote stretch of the Pacific Ocean lies a lonely uninhabited spot no man has ever visited.

The region is known as Point Nemo, named after the Captain of Nautilus.

The term “Nemo” is Latin for “nobody,” befitting the fictional character for his preference to stay as far as possible from land-based civilizations and the region, for it is devoid of life. It is in the middle of nowhere. 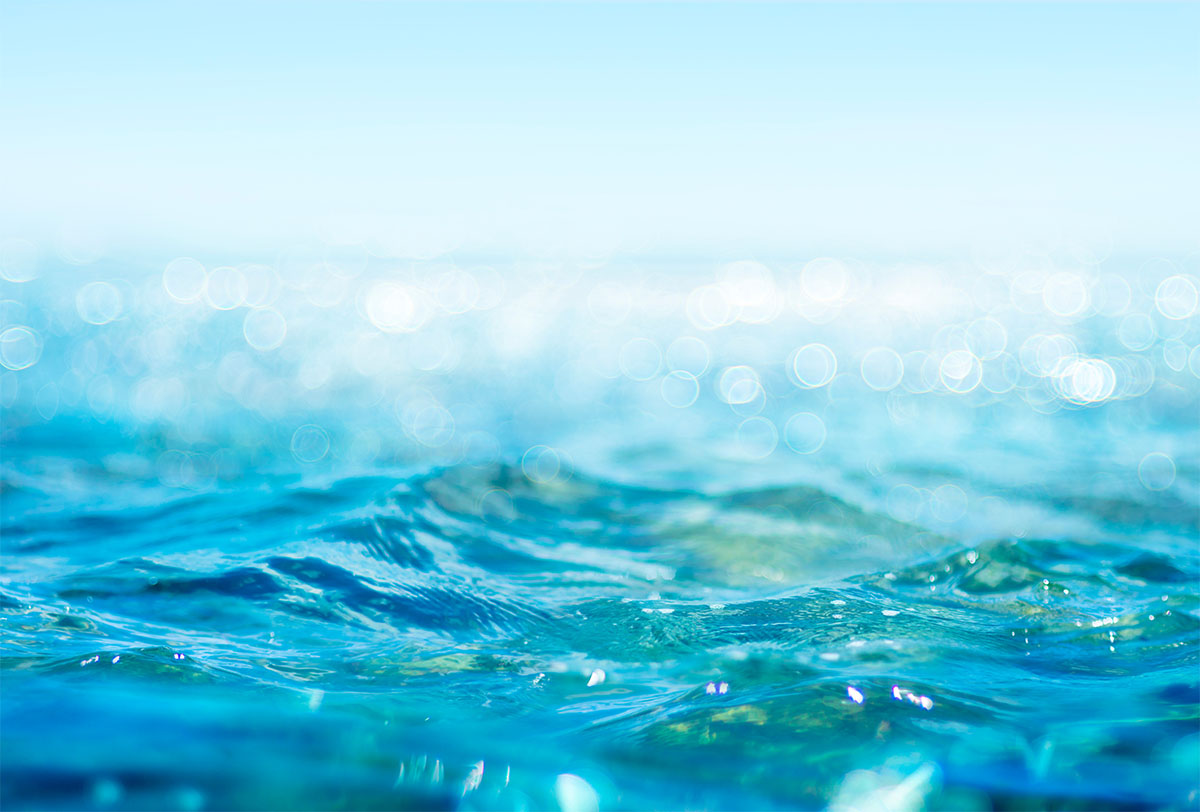 Point Nemo is the farthest spot from dry land on Earth and is almost in the dead center of the South Pacific.

If there were a perfectly drawn circle about the same size as North America in the South Pacific Ocean between New Zealand and Chile, with its bottom edge just north of Antarctica, Point Nemo would make an excellent mark for the center.

Whether you’re going from the westernmost tip of South America or the easternmost spot of Pitt Island, it is a long trip to Point Nemo.

The spot is technically called the Oceanic Point of Inaccessibility for the apparent reason. The closest distance to dry land is around 1,670 miles (1,450 nautical miles).

The nearest shore is the Motu Nui of Chile, Maher Island in Antarctica, or the Ducie Island of the Pitcairn Island chain. If a journey is necessary, the most likely place to start is Motu Nui.

Although it is rocky, the other options are no better. Ducie Island is a barren atoll, while Maher Island is nothing but exposed rocks.

Croatian-Canadian engineer Hrvoje Lukatela is credited with the discovery of Point Nemo in 1992.

He located Point Nemo using his geospatial software, the Hipparchus.

Because the Earth is spherical (and three-dimension, unlike what is usually drawn on a map), Lukatela figured that the furthest oceanic point must have been located equally far away from three coastlines.

Quickly enough, the Hipparchus program identified the spot. The exact coordinates are 48°52.6′ south and 123°23.6′ west.

The region is beyond the jurisdiction of any country, so there is practically no law enforced. 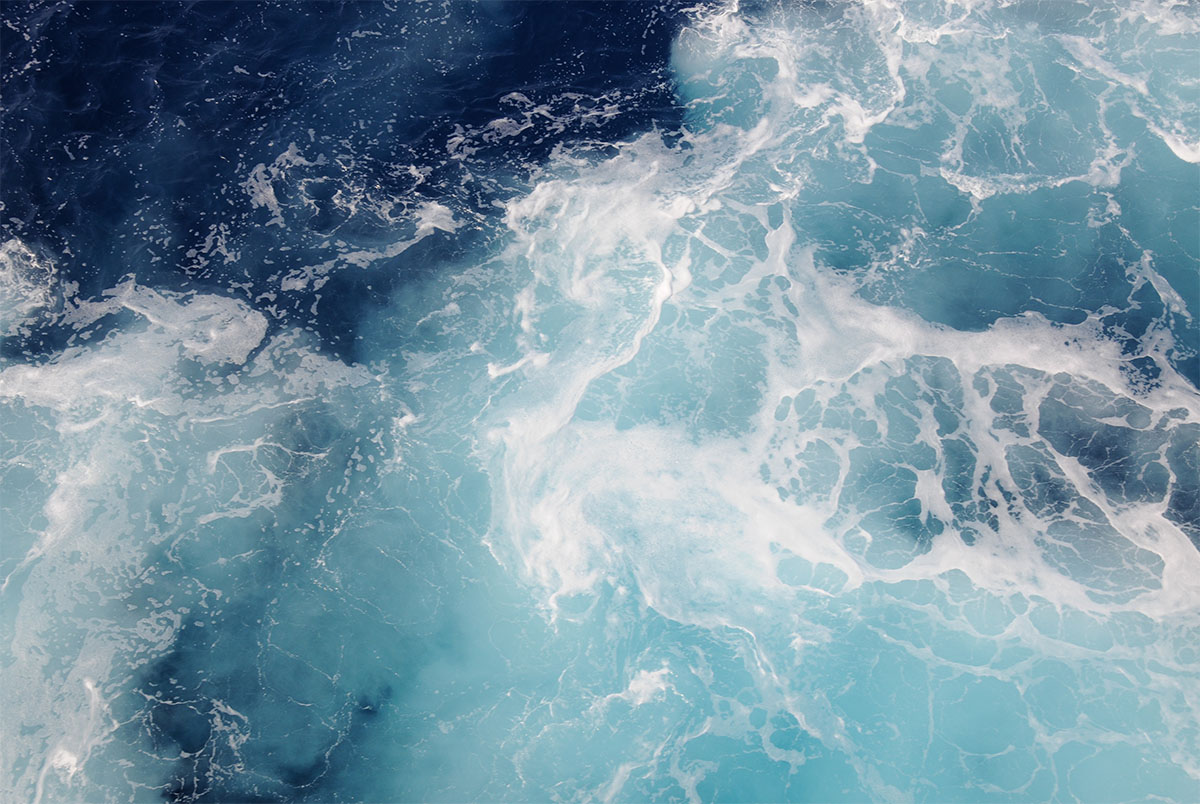 There is nothing in Point Nemo except the endless expanses of the ocean. Not even an anchored marker or a beacon has been put in place.

Some true adventurers might want to visit for the sake of the voyage because they will find exactly nothing. When they get there, they will be the most difficult people to locate on the planet.

At the bottom of the region is a different story. Since 1971, over 263 chunks of space debris, large and small, have been sunk in the area. Among the most notable are NASA’s first Skylab and Russia’s Mir.

Point Nemo offers no easy commercial access. Also, it makes sense for spacefaring nations to dump some outdated, unused, or broken pieces of their satellites into the region.

No regulation prevents them from practicing; no nation claims jurisdiction. The debris is not likely concentrated in a specific area but scattered across a vast territory.

It is not like the waste was transported there. Instead, it was the destination of every re-entry from space to Earth. The absence of any island – and therefore life – makes it a safe dumping ground.

At 2,000 miles north of Antarctica and 3,000 miles east of New Zealand, the closest humans to Point Nemo are those on board the International Space Station orbiting 261 miles above the planet.

When ISS ends its service in 2030, NASA has planned to bring it down to Point Nemo, and it shall plummet to the South Pacific Ocean at the bottom of Point Nemo along with many other decommissioned satellites.

Some say the region is the planet’s space graveyard, an appropriate nickname considering its use. 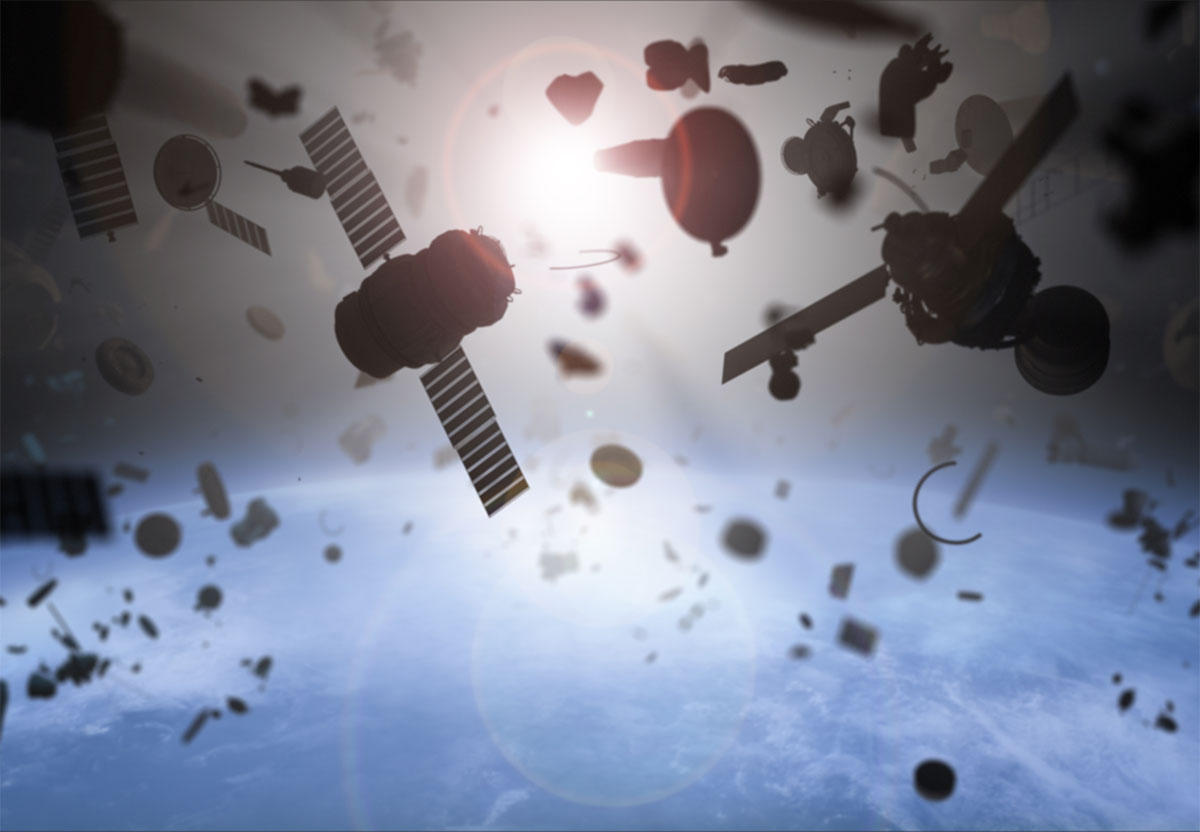 Some re-entry is carefully-planned; others fly down, seemingly heading towards random destinations.

According to Holder Krag, the head of the Space Debris Office at the European Space Agency, up to 200 tons of space debris is made uncontrolled re-entry into the Earth’s atmosphere every year.

Most go unnoticed as they burn to nothing long before they even get close to the ground.

The junks that stay above (such as decommissioned and therefore uncontrolled satellites) have every possibility to collide with other functioning equipment, for example, a space station with a human crew inside. 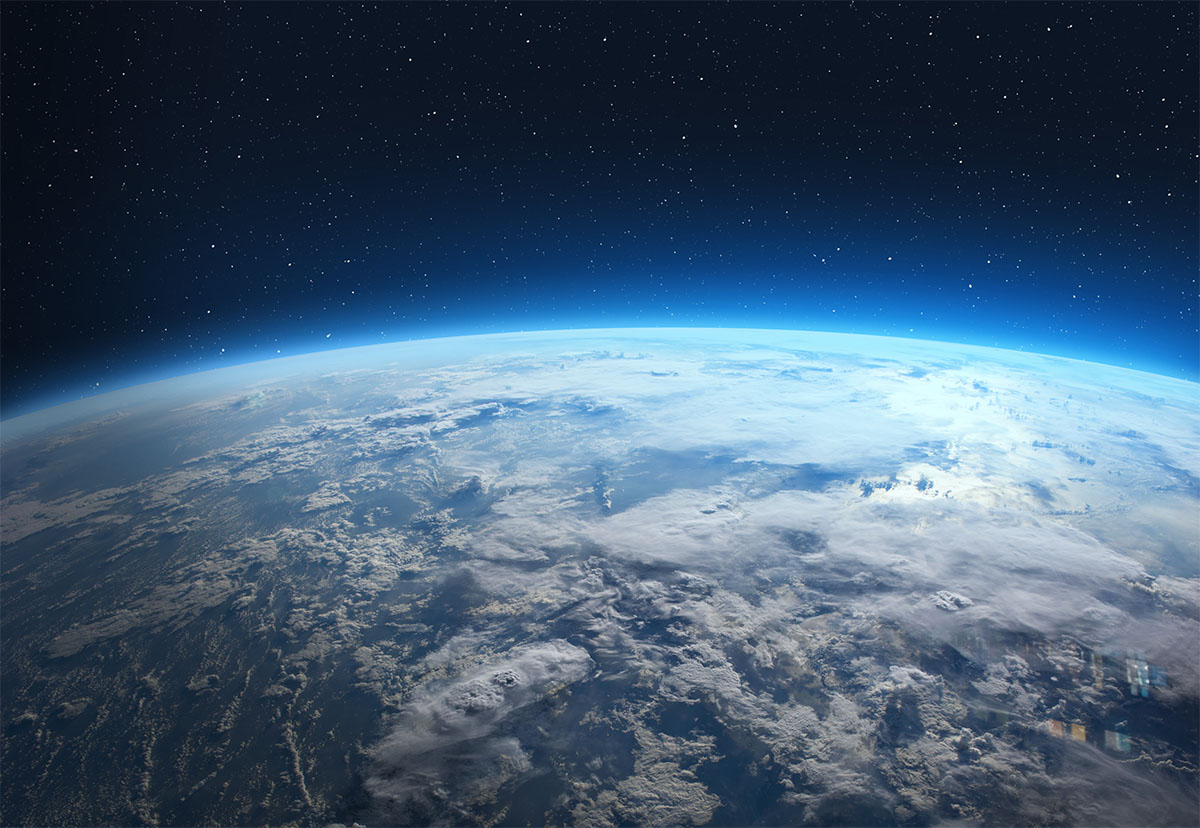 Small debris will not pose any real threat to the population on Earth as the atmosphere will turn them to ashes.

At the moment, more than 500,000 pieces of debris about the size of a marble could cause extensive damage to the spacecraft.

Around 26,000 pieces are as big as a softball and will destroy an entire satellite on a single impact.

Over 100 million pieces are only the size of a grain of salt but still powerful enough to puncture an astronaut’s spacesuit. For large debris, a controlled re-entry is the safest option. 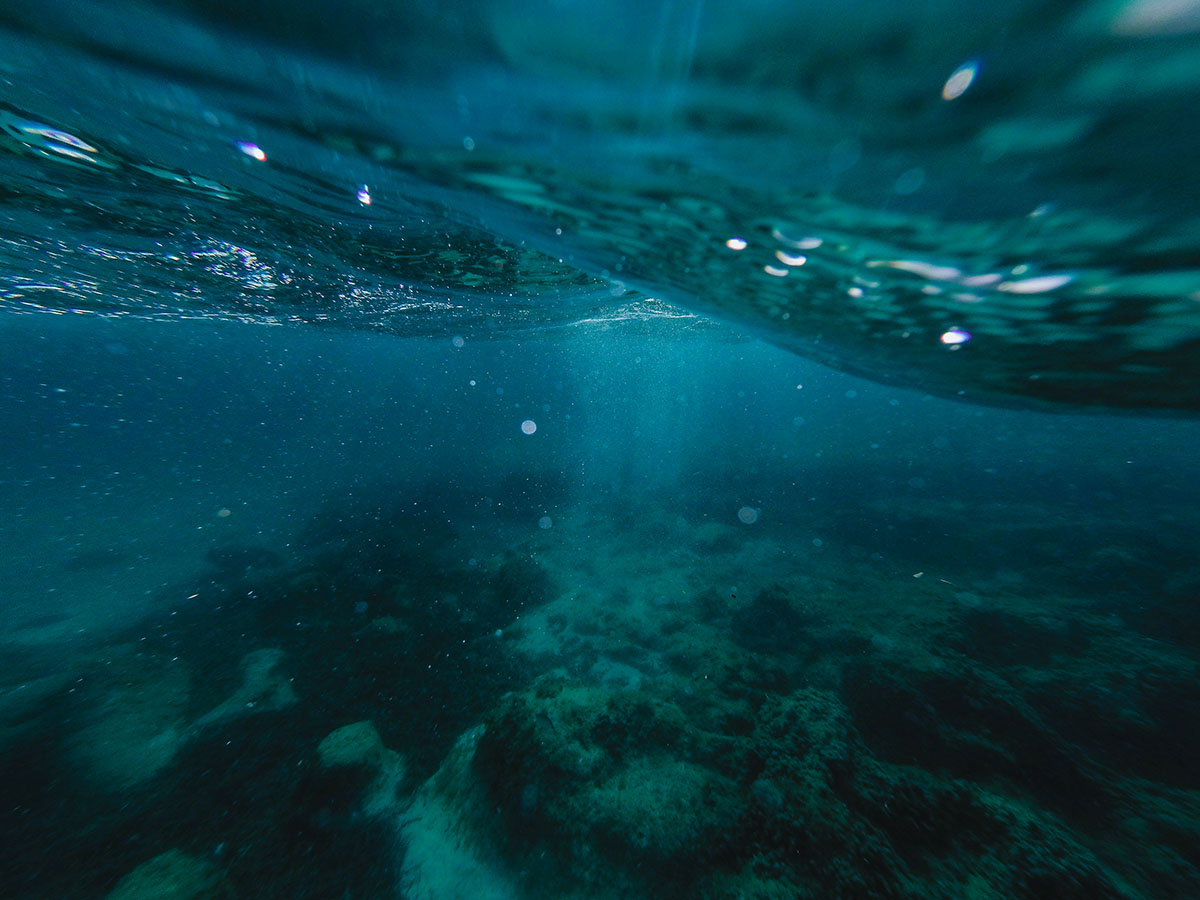 About five years after Point Nemo was mapped, the region generated an unusual noise so loud it could be heard from 3,000 miles away.

It was the loudest underwater sound ever recorded, even more, audible than the rumble of a geological shift.

Scientists determined the sound was generated from near the pole, and it was the sound of a massive pile of ice block breaking off Antarctica.

The noise traveled through the water for thousands of miles before it finally turned down.

Point Nemo is also home to South Pacific Gyre, a constant current that pushes through everything in its path. Food sources and nutrients flow away from the location along with the wind.

It is the main reason there are barely any complex organisms in Point Nemo, and they have no reason to stay in a place where food is scarce.

The only activities in the region are the volcanic vents and possibly some bacteria and crabs that can withstand the strong currents.