If you have watched any movie about contract killers, you know everything there is to know about the profession.

On-screen, a professional hitman, agrees to kill a person on behalf of someone else, sometimes for a ridiculous amount of money.

The killer often asks for half of the total payment up front and the rest when the job is done.

To avoid watchful eyes, the killing is usually made in public using a long-range sniper rifle from a reasonable distance.

In real life, it is pretty much the same thing. However, unlike in movies, some real-life contract killers as surprisingly affordable, according to the Australian Institute of Criminology.

In the United States, one of the most famous cases of contract killing took place in San Antonio, Texas, in 1979.

The victim was Judge John H. Wood, a federal judge on his way to preside over the trial of Jamiel Chagra, an essential member of the Dixie Mafia, in a drug smuggling case.

Charles Harrelson was the contract killer paid to do the job. He was eventually arrested and sentenced to life imprisonment.

He presided over the pre-trial hearing of Jamiel Chagra in a drug smuggling case, where the judge denied no fewer than 20 defense motions.

At the end of the hearing, Jamiel and his attorney and brother Joseph Chagra determined he would never have a chance to get a fair trial. They then both agreed to have the judge killed instead. 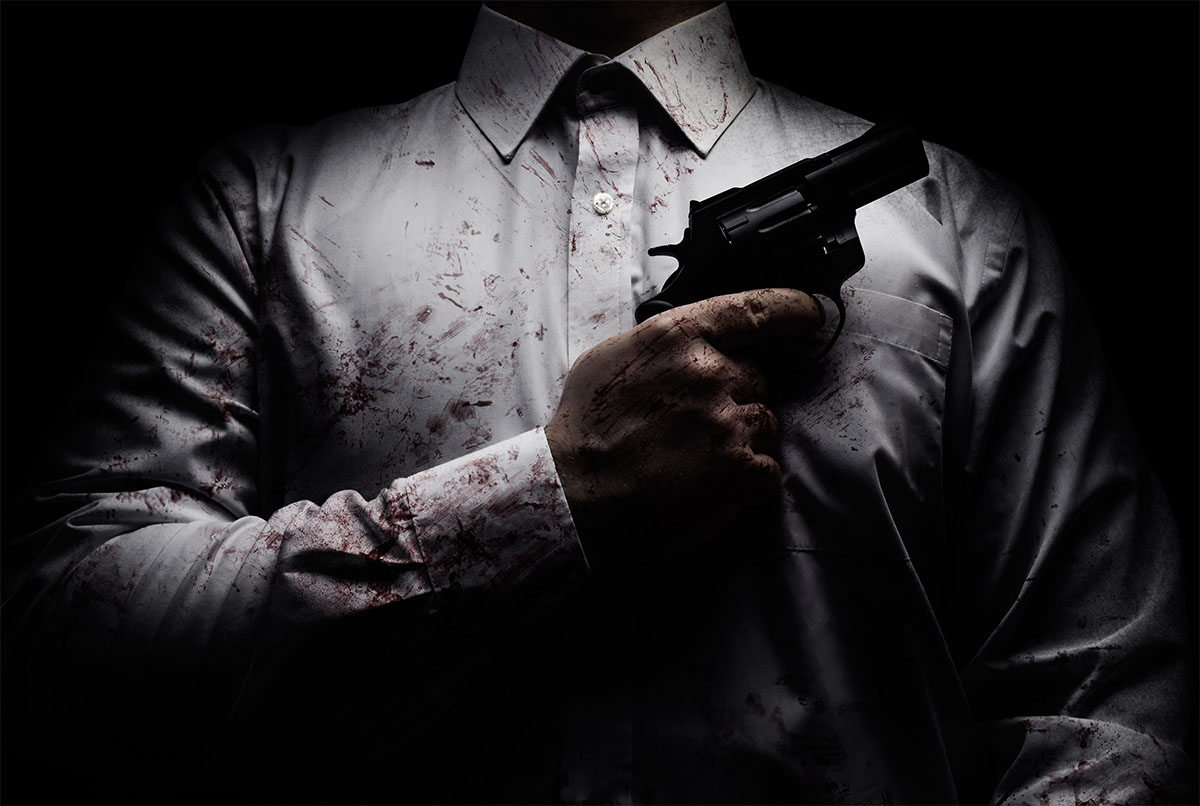 The trial was set for May 29, 1979. On the same day before the test, Judge John H. Wood was shot in the back of the head outside his house in San Antonio, Texas.

The bullet from a high-powered rifle lodged near the upper part of his chest. At that time, he was the only federal judge to have been assassinated.

Still, investigators thought the killing was related to the attempted murder of Assistant U.S. Attorney James Kerr six months earlier. There was no physical evidence to draw a direct connection between the cases, however.

James Kerr had been the prosecutors in high-profile drug cases before and involved in pursuing charges against the same suspect as well, so investigators believed the two cases were somehow the terrible consequences of the growing drug trade in Texas.

Considering the deal made behind closed doors, the testimonies were doubtful at best. Many argued that convicts would say anything to have lenience.

The most substantial evidence to build a murder case were secretly-taped conversations, both face-to-face and over the telephone, between Jamiel and Joseph.

During some of the recorded exchanges, one of the brothers mentioned and implicated one, Charles Harrelson, who in 1973 had been convicted of murder and sentenced to 15 years but released early in 1978 for good behavior.

There was also a letter from Jamiel’s wife Elizabeth claiming she had delivered the money to Harrelson as payment for the murder. Now the detectives had enough to make an arrest. 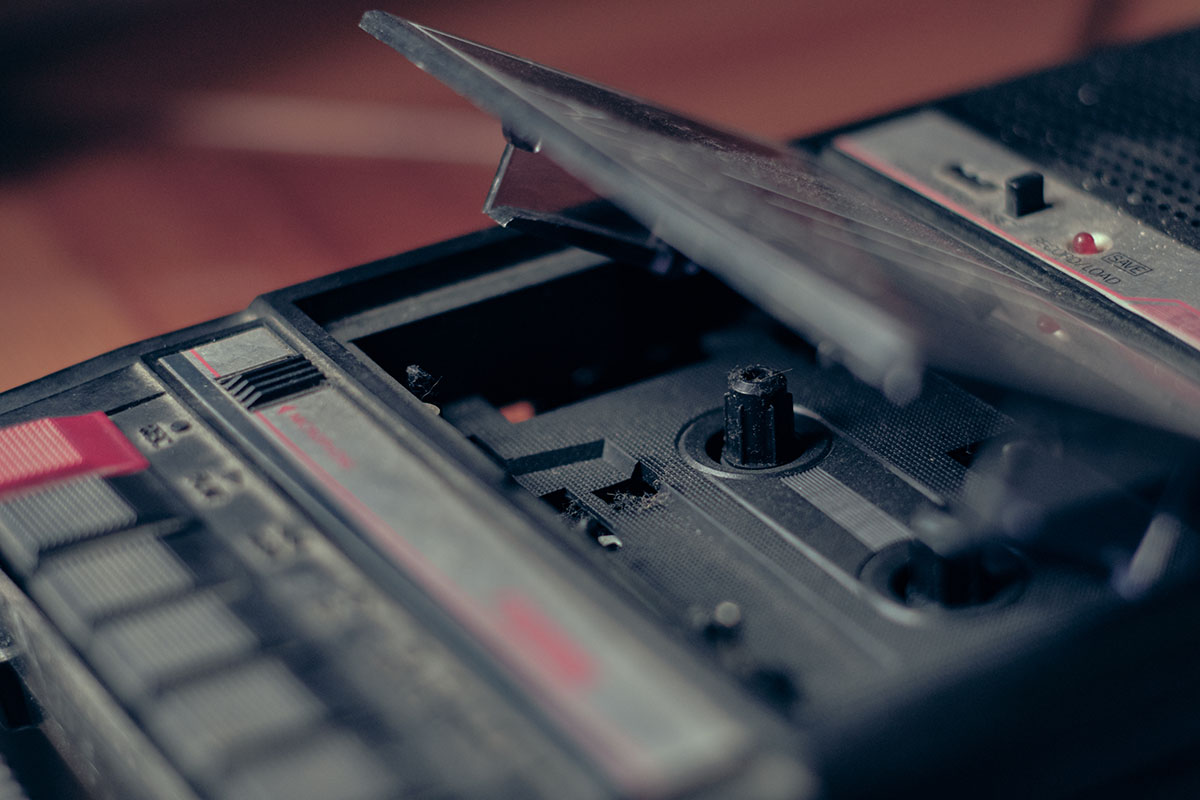 One of the most damaging information came from the secretly-taped conversation between Jamiel Chagra and Jerry Ray James.

They befriended the former during their time together in prison. It was an extensive exchange in which Jamiel spelled the details of the plot to kill Judge John H. Wood.

During the trial, federal authorities also used recorded conversations between Jamiel and Joseph.

Although Joseph was his brother’s lawyer, attorney-client privileged did not apply because the two were suspects.

Widow of the murdered judge also provided a hand-written letter from Elizabeth, apologizing for her involvement in the plot. 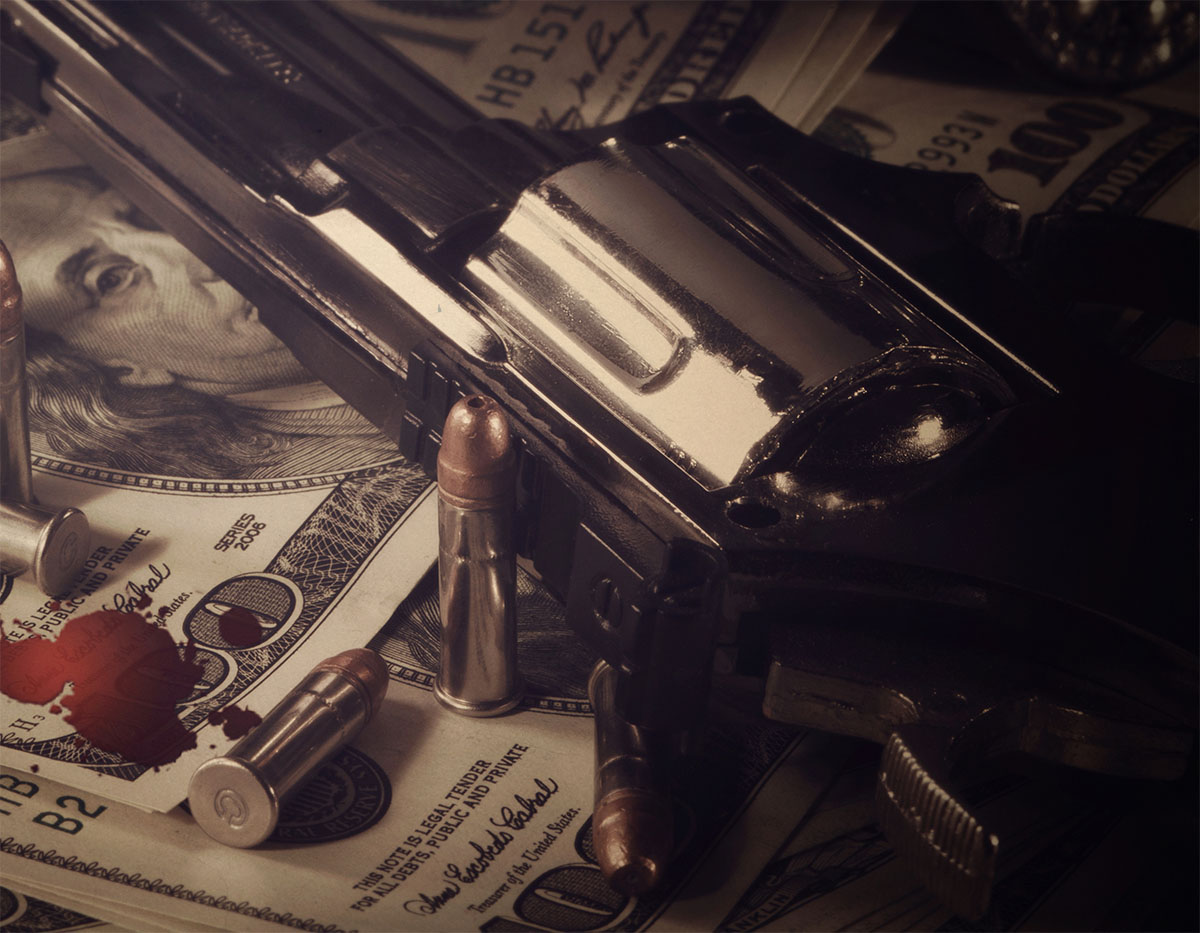 Joseph pleaded guilty to conspiracy to commit murder and testified against Harrelson in exchange for a reduced sentence of 10 years.

He also testified against Elizabeth and Harrelson’s wife Jo Ann. Harrelson was the confirmed hitman who agreed to kill the judge for a payment of $250,000 (around $942,000 in today’s money).

The defense argued he had been set up. He claimed that a man named George Pete Kay lied to Jamiel about who had killed the judge. Because of the lie, Harrelson received the money without having to make the killing. 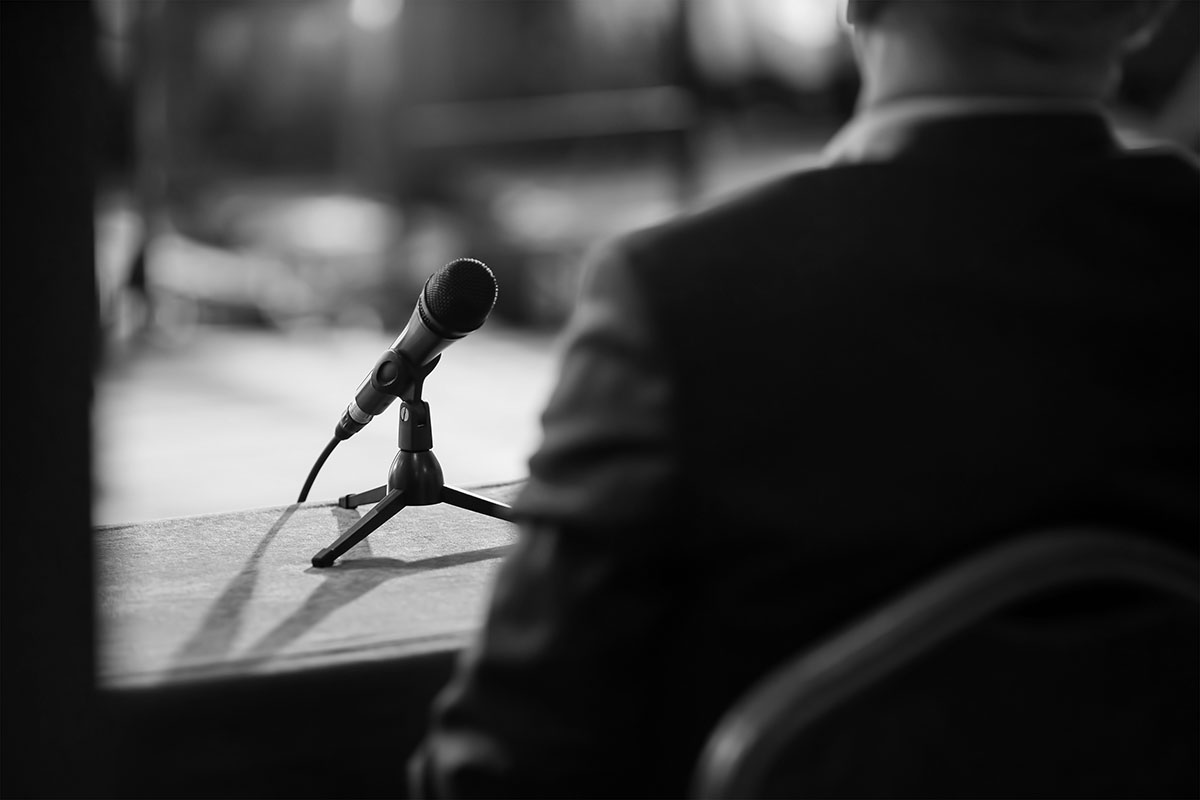 Harrelson’s testimony implicated that George Kay had been the hitman. Some 12 days before the killing happened,

Jo Ann purchased a hunting rifle – the same type of weapon used to shoot the judge – under a false name of Mrs. Fay King. She then gave the gun to George.

Harrelson also said George borrowed his gold-colored Oldsmobile, which was seen near the judge’s house on a killing day.

The defendant claimed he was in Dallas, 270 miles away from the crime scene, when the murder happened.

The jury found Charles Harrelson guilty of the murder of a federal employee, conspiracy to commit murder, and conspiracy to obstruct justice.

He was sentenced to two terms of life imprisonment. Jo Ann was awarded a sentence of 25 years for perjury and conspiracy charges. 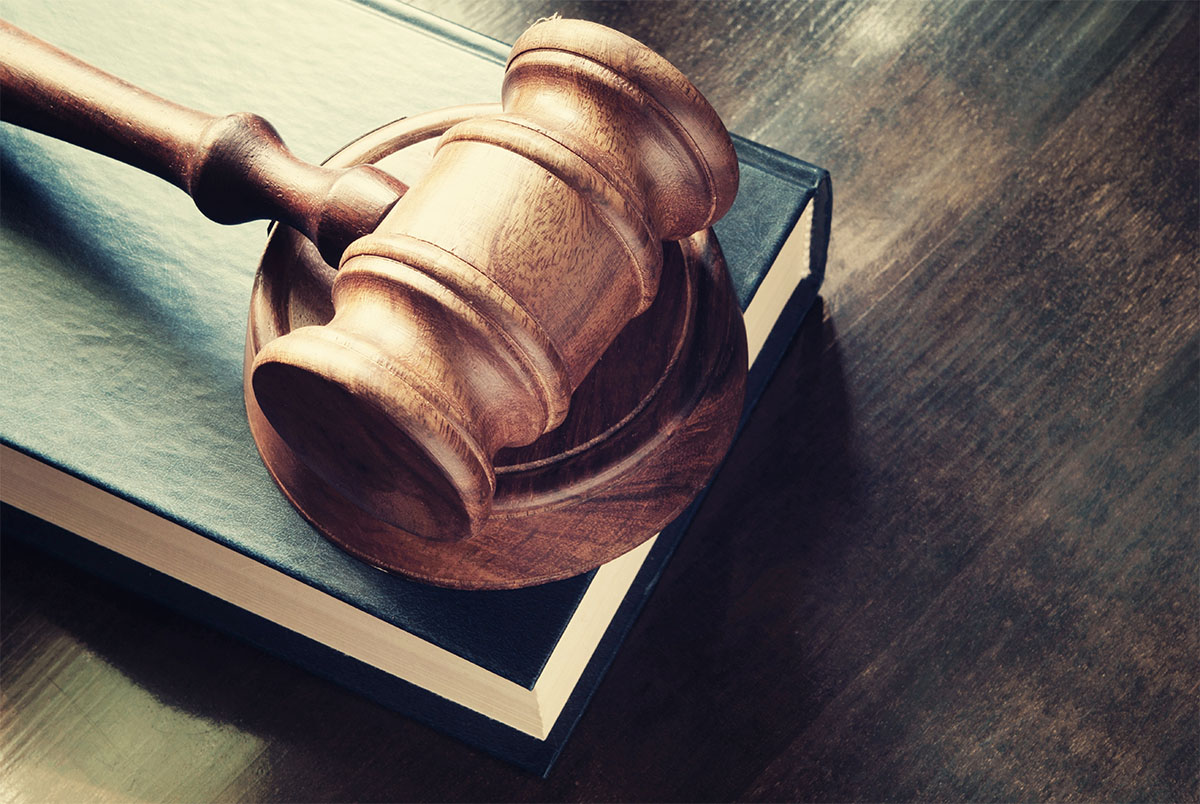 On February 15, 1985, the 5th U.S. Circuit Court of Appeals overturned the conspiracy convictions for both Elizabeth and Jo Ann.

The court agreed that the prosecutor failed to demonstrate malice or premeditation in their charges against the two. In exchange for lesser charges, they also agreed to testify against Charles Harrelson.

Fast forward to 2003, Jamiel Chagra made a change of statement claiming that someone else had murdered Judge John H. Wood, prompting a possibility for a retrial in the murder case. However, he did not mention who made the killing.

Woody Harrelson, son of Charles Harrelson, pushed for a retrial based on the change of statement and the nature of the evidence-gathering method employed by the authorities in building the case in the first place.

However, it was too late. Charles Harrelson was found dead in his cell at the maximum-security federal prison in Florence, Colorado, on March 15, 2008. An autopsy revealed he had suffered from coronary disease.

The Bureau of Prisons spokeswoman said Harrelson probably died quickly in his sleep.