by Factionary 3 days ago3 days ago
0574views

Christianity is a religion that has been divided and subdivided many, many times. There may be more distinct and separate sects of Christianity alone than standard, practiced religions as a whole in the world.

These range from the fundamental Bible reading and Sunday School variety of moral lecturing to the more out there, apocryphal revisionist sects that use the teachings of Jesus Christ in wacky ways to enforce their own beliefs.

But there are two sides to every story. While more people claim to be agnostic than strictly anti-religious, there’s nothing quite as antagonistic to the Christian cause as worshiping its central figure of evil: Satanism.

The Church of Satan is an official organized religion resulting as an offshoot of Christianity as penned by Anton Szandor LaVey.

His works include The Satanic Bible, upon which the faith is based, which all have the word Satan in their titles and three albums of electronic music, and a minor actor in a Satanic movie.

All things we know and fear – or not know and admonish – about modern-day Satanism have their origins in him.

Anton was born Howard Stanton Levey in Chicago, Illinois. He was raised in a secular Jewish household and had a healthy interest in music as a kid.

His family moved to the San Francisco Bay Area when he was young. He dropped out of school to join a circus where he “worked” with big cats.

Like those who laughed at the unfortunate, his views on religious people, then went to mass the following day, started to shift around then.

Anton was gifted with music, favoring the pipe organ and calliope but had a solid rooting in piano as well. He left the circus and did gigs at nightclubs and lounges for a short time.

He claimed to fling with Marilyn Monroe when she worked as a dancer, which many claim she never did.

Once he moved back to San Francisco, he studied criminology and became a photographer for the SFPD. This, too, was disputed long after the fact. 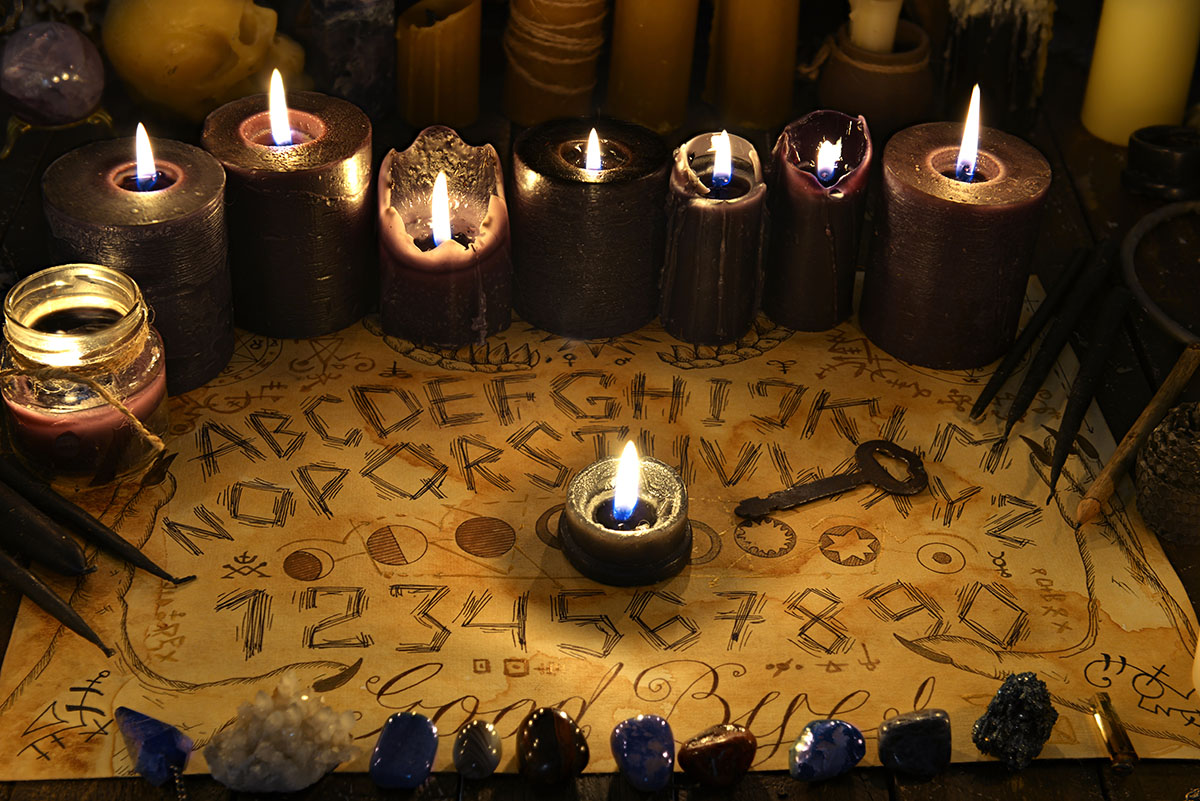 He also moonlighted as a “psychic investigator” after picking up habits from the popular Weird Tales magazine.

He became a minor celebrity through connections, particularly as his interest in the weird, paranormal, and downright demonic increased.

He drove a coroner’s van and had a black leopard named Zoltan that he took with him to high-class parties.

With these connections and his charismatic control over people, he formed the Order of the Trapezoid, which later developed into the Church of Satan.

LaVey changed his appearance to suit his new monicker as the leader of the brand new Church.

He shaved his head (which was part of a bet he lost) in the style of ancient executioners (which was his excuse) and began acting more profound and intentionally cruel in the way he talked and moved (inspired by a portrayal of a Mephistophelean character from a TV show portrayed by Don Rickles).

He performed Satanic Weddings, Baptisms – the first of which was on his second daughter Zeena – and Satanic Funerals for his followers, which gained media attention in the late 60s.

6 Devil In The Details

After his Church’s founding, LaVey became a prolific author, which was made easier by his long list of inspirations.

From Nietzche to Rand, John Dee, and H. P. Lovecraft, he gathered many inspirations into books of his own, including his Satanic Bible, The Satanic Witch, a treatise on various forms of magic in a modern sense, and The Satanic Rituals, which used rituals taken directly from some of Lovecraft’s work as pseudo-religious fact rather than science fiction.

Much of LaVey’s work was done out of The Black House, the official headquarters for the Church, which was in uptown San Francisco.

The holy site for Satanism was seen as the origin of his radical thoughts that rebelled against the standards of the system around them.

It was rumored to be a former brothel brimming with regretful energy. It was just his parent’s house which he inherited. It was painted all black to match its moniker.

It was demolished in 2001 after the Church founded from its halls failed to get the funding to save it.

Even Satanism had its offshoots. One of the earliest was the Temple of Set, formed by the former newsletter writer under LaVey, who voiced dissatisfaction with how the Satanic Church was operating.

They offered a more theological, religious approach to LaVey’s then still philosophical and psychological combination of teachings.

3 Born For The Light

Although he portrayed himself as a being of darkness, LaVey greatly favored the limelight and held many interviews, even with people he would disagree with.

He’s been described as a “born showman,” possibly having to do with his time in the circus and lounge playing circuit.

Those experiences gave him a clue on how to talk to people to get them to listen and sell an idea with just a few brief tricks.

Although his Church had many members, they were a rogue bunch of cultists and weirdos – as LaVey himself confirmed to authorities that investigated him for a potential connection with the failed assassination of then Presidential Candidate Ted Kennedy.

LaVey confirmed that he was only interested in the money between his books and albums and his various other projects like photography.

His stance wasn’t seen as too controversial within his order. Living for greed was part of his teachings, after all.

LaVey died on October 29, 1997, of pulmonary edema. Very soon afterward, his reputation went into a stiff decline. His divorce filings were brought to light, as well as a still-active bankruptcy notice where his assets were seized.

His daughter Zeena, now married, published a fact sheet debunking many of his claims throughout his life.

His Church remained and survived their Black Pope’s demise, even giving him an invitational funeral in secret the way he would have done for any other.

He was a perfect example of the lawful hedonism and shameless individualist philosophy that he taught. Satanic in name only. In reality, he was just an edgy carnival barker.