by Factionary 2 years ago3 weeks ago
012.1Kviews

Nicknamed “The BTK Killer” on his recommendation, after a letter that he sent to the police detailing a list of suggested names for his sick career as a serial killer, Dennis Rader always followed the same standard procedure for his murders: he would bind, torture and then kill her victims, usually women.

Known by his neighbors as a “polite” and “well-mannered” man, his criminal behavior displayed a typical case of erotophonophilia, the category to which belong the “lust murderers”: those who extract sexual gratification from killing.

With a long string of murderers that spanned over seventeen years, Rader successfully evaded capture from 1974 until 2005, when he was identified and arrested due to his attempts to be remembered as a killer.

Keep reading as we revise ten facts about the chilling, blood-curdling actions of this Kansas-born monster.

Like so many murderers and twisted individuals, Rader’s life began with trouble at home.

However, unlike the usual stuff that turns people into killers (or unleashes those tendencies, at least: domineering, abusive parents, especially mothers with control issues or overzealous about their religion), Rader’s parents were the other way around: they didn’t pay any attention to their children, often being away for long hours to work.

Rader would later claim: “I did have a little … a little bit of grudge against momma.” 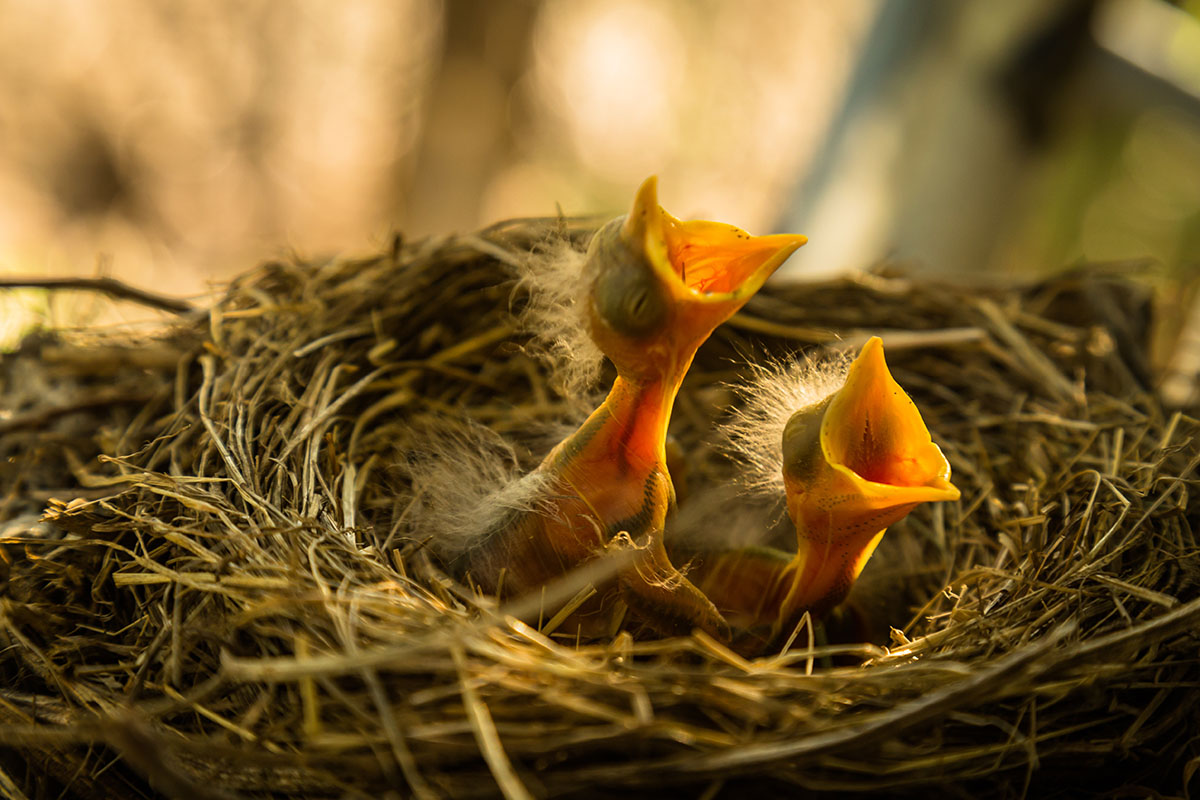 Indeed, the first time that he experienced sadistic urges was against his mother: her ring got caught in a sofa spring, and as she anxiously asked her son to release her trapped hand, Rader felt excited at the sight of a trapped female “looking to him in terror.”

He would start to take out these urges on small animals that he captured and tortured away from the sight of those who knew him as a typical teenager.

It was around these times when he also began a behavior that would continue for the rest of his life: taking pictures of himself dressed as a woman and tied in various bondage positions.

This gave him the experience of being at the same time dominated and in control, his victim, and victimizer.

An active Boy Scout leader, he would tell interviewers after his capture of how he once nearly got caught after being unable to quickly untie himself inside his tent in one of the Boy Scout outings. 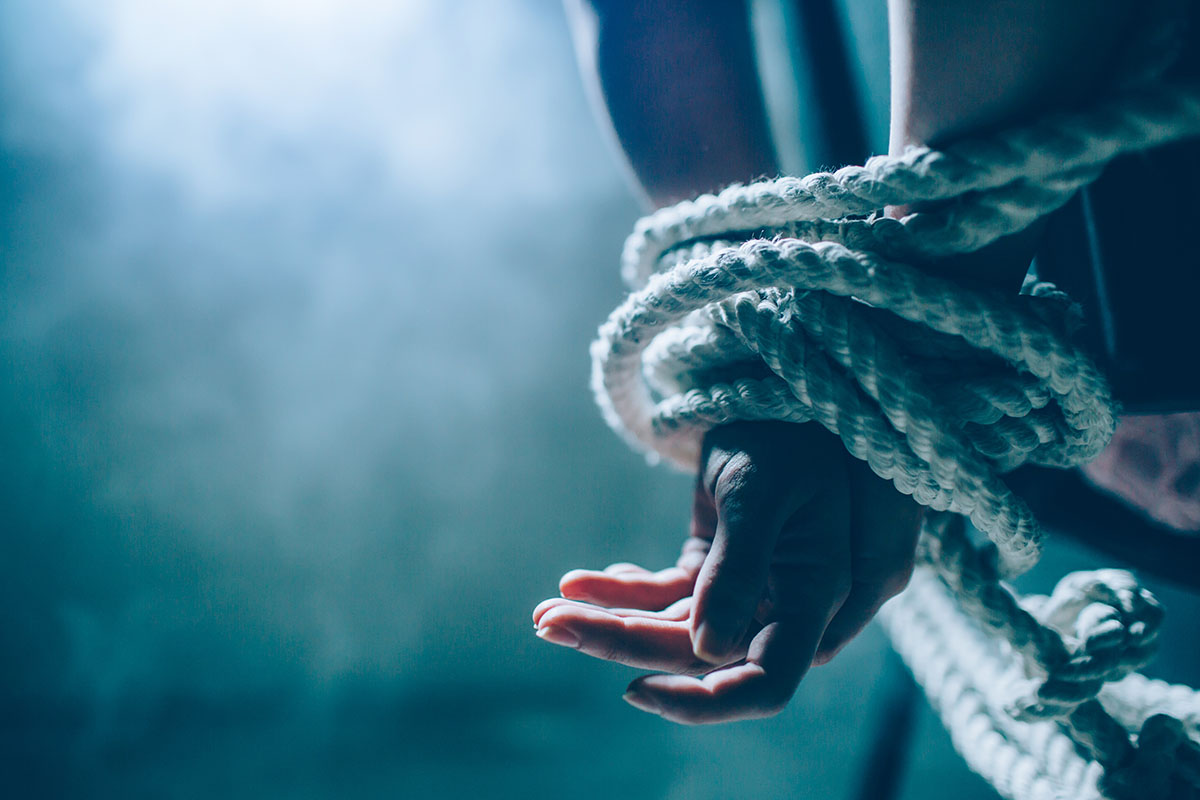 Enacting his fantasies on himself and keeping them to his private life wasn’t, however, enough for a psychopath like him.

So he attacked: on January 15, 1974, he broke into the Otero family’s house under the pretense of being a robber.

After tying almost the whole family (the two younger children and the parents; only the eldest child was in school and returned to find his parents and siblings dead), he killed the father and the son by suffocating them and took the mother and daughter to the bedroom, where he killed them with particular cruelty. 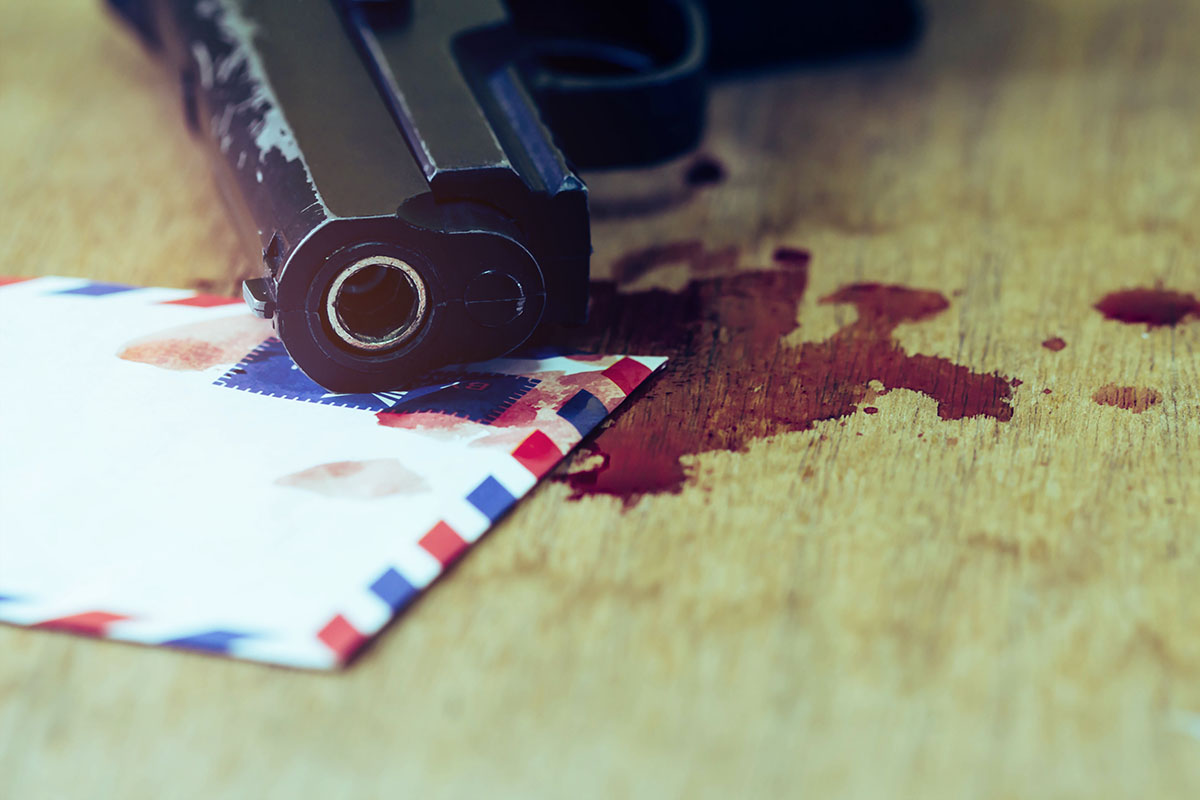 As much as a sadist, Rader was a narcissist: as such, he needed to achieve some recognition for his crimes. As such, he began releasing letters to the public to satisfy this urge, equally strong as the desire to kill.

He stashed his first letter in a book in the Wichita Public Library in October of 1974, detailing the murder of the Oteros.

By 1978 (and after three more murders), he wrote a second one, but this time, he sent it directly to Wichita’s KAKE television station. It would be the beginning of a long correspondence of the BTK killer with the public. 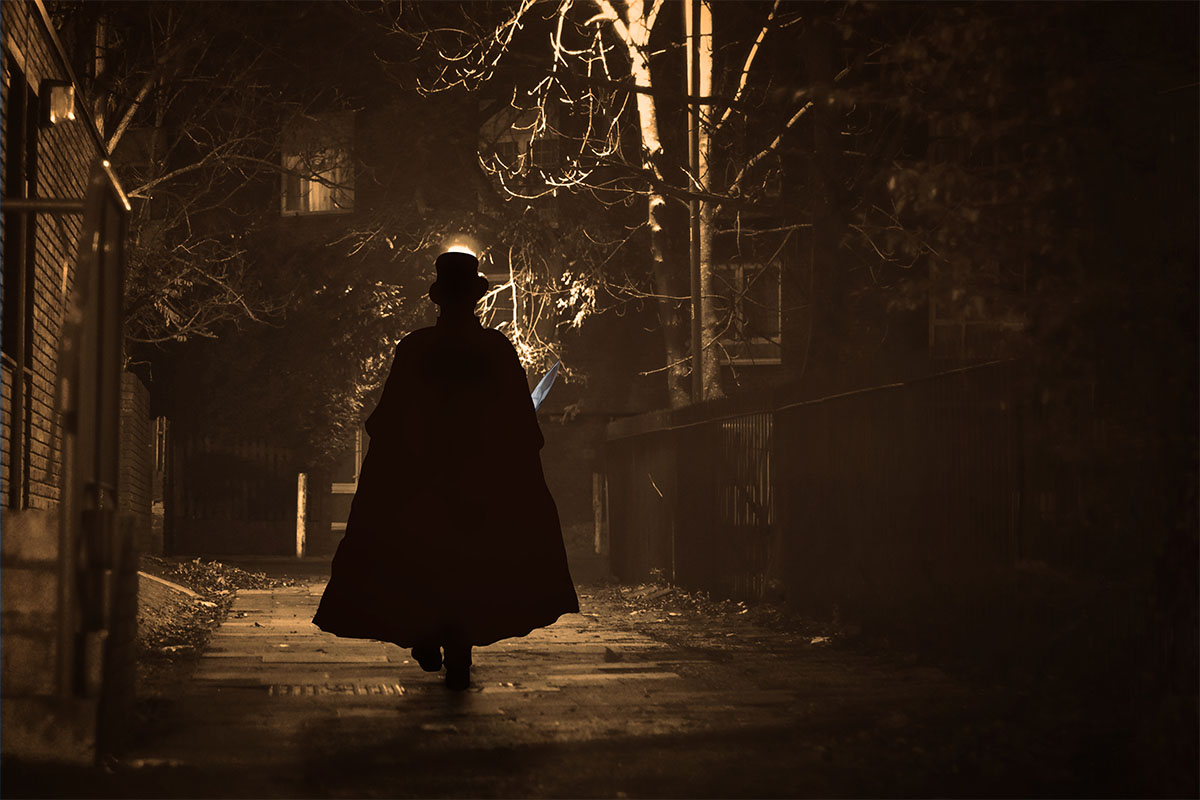 In his letters, Rader claimed that a powerful urge inside him compelled him to kill.

Like the Son of Sam, the Hillside Stranglers and Jack the Ripper, he claimed, that within him a specific “factor X” irresistibly made him kill, and that nothing could stop him except being caught or being killed: “It seems senseless, but we cannot help it. There is no help, no cure, except death or being caught and put away.” 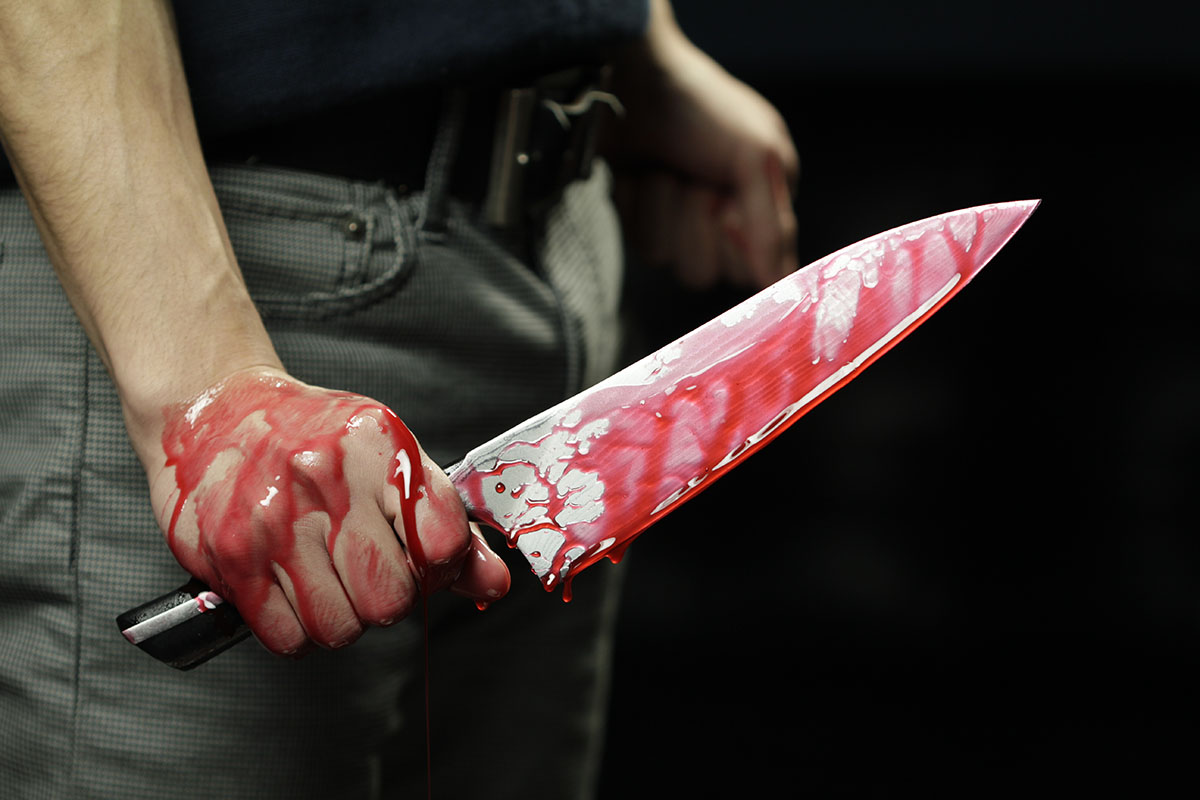 Bright was stabbed to death, while Relford and Fox were strangled in becoming his usual fashion. After killing Fox, Rader went silent until April of 1985, when he killed Marine Wallace using his own hands.

Then again, until September of 1986, he killed Vicki Wegerle utilizing a pair of nylon stockings.

In 1991 he murdered his last victim, Dolores Davis, using pantyhose that stole from one of his victims’ houses.

3 /10 Nobody Forgets The BTK Killer

Then, he disappeared. He went silent, and nothing was heard from him. His file and those of his murders were filed as cold cases, and agents moved on until the Wichita Eagle, a local newspaper, published a story in March of 2004, remembering the Otero murders of thirty years ago.

In the article, the newspaper noticed how the younger generations in Kansas no longer recognized the name “BTK Killer.”

He was starting to be forgotten. It was enough to drive Rader mad: he resumed communications with the press and the police, sending eleven letters that year.

Meanwhile, Dennis Rader wasn’t hiding in some dirty basement or living in a cave in the woods: he was living in Wichita as a compliance officer and animal control officer (of unusual cruelty, as some people remembered after his capture); he was a Boy Scout leader and the president of the Christ Lutheran Church, to which he was an assiduous attendat.

He had a wife and two children, and an Air Force Good Conduct Medal. He was, in a word, a respected citizen, as much as a sick murderer. 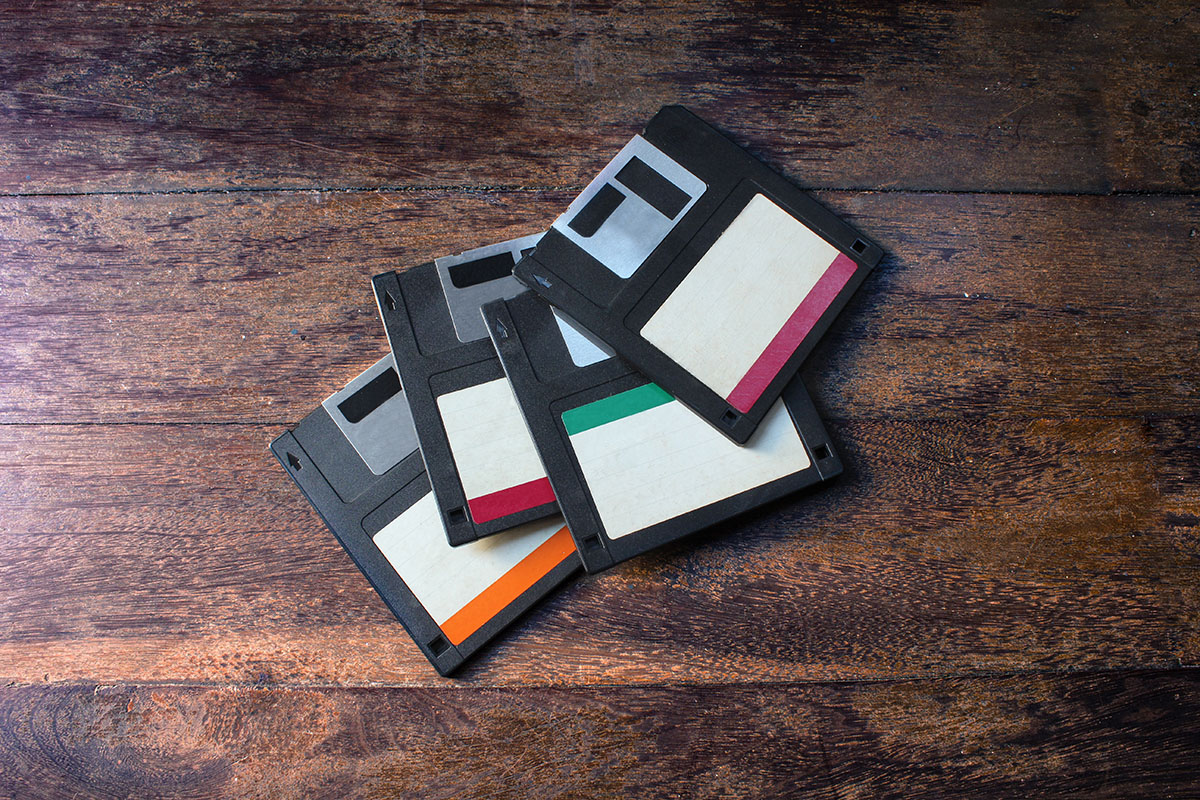 But all of this would end for good in 2005 because of a simple mistake: Rader asked in one of his letters to the police if it would be safe for him to send them a floppy disk. The officer answered that it was.

On February 16, 2005, they received a floppy disk filled with the normal boastings and taunts, but also with the piece that they needed to put Rader in jail for the rest of his days: a Microsoft Word document that Rader had forgotten to delete, which contained metadata identifying a “Dennis” and mentioning the Christ Lutheran Church.

It was enough for the police to track him down and catch the BTK killer after thirty-one years of his first murder.