by Factionary 4 months ago1 month ago
019.3Kviews

Like many other of the scariest stories ever told on film, the 1977 movie “The Hills Have Eyes” by director Wes Craven is based on real events. Or in a previous report, at least.

In the film, a lovely family (like all the families in horror movies, right?) is traveling from Ohio to Los Angeles, California.

They decide to stop in a gas station in the middle of nowhere in Nevada, where they have the misfortune to become the next victims of “Papa Jupiter” and his family.

Well, Scottish folklore has it that during the sixteenth century, there lived near Edinburgh a man named Alexander Bean, popularly nicknamed “Sawney.”

He became the leader of a clan of no less than forty-five people, dedicated to killing and eating the travelers that passed by a road near the cave where they all lived.

Keep on reading as we explore ten details of this legend and how it inspired one of the most famous horror cinema movies. 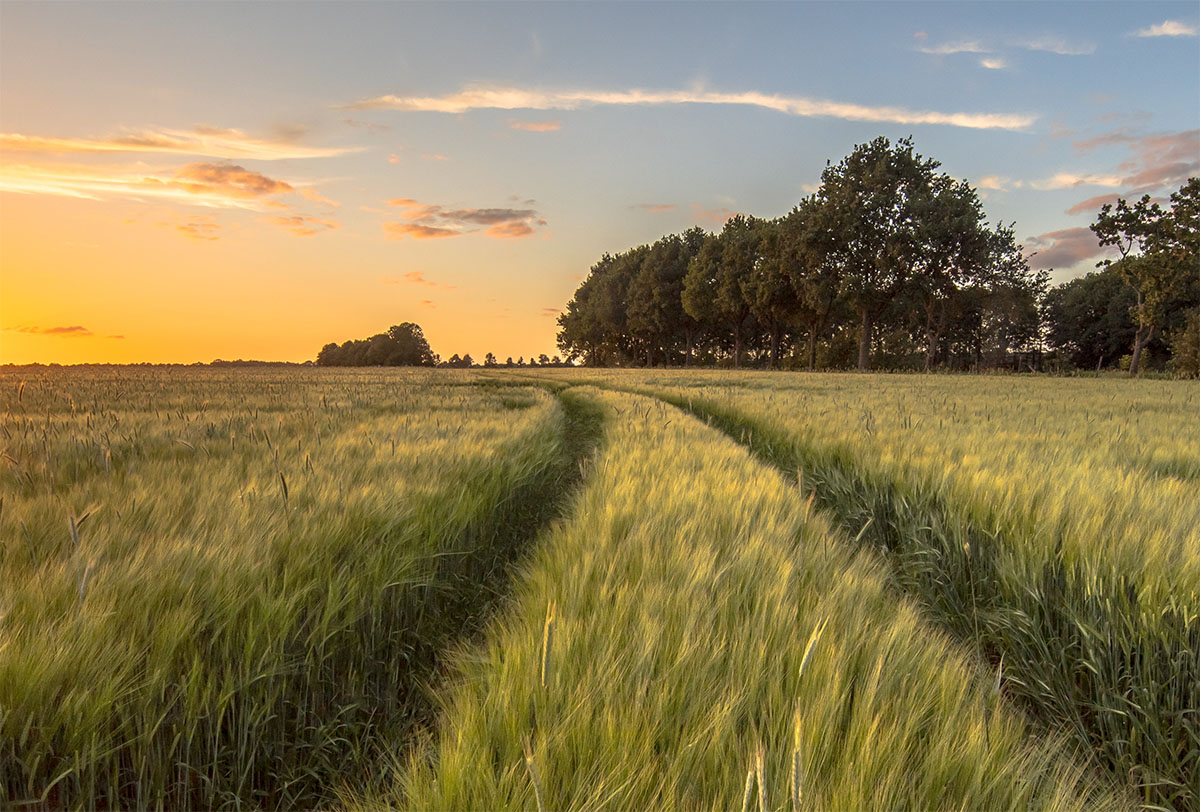 If you were a traveler of the Scottish Ayreshire countryside of the 1500s, according to Alexander Smith’s 1719 book entitled “A Complete History of the Lives and Robberies of the Most Notorious Highwaymen,” you would have heard of the many strange disappearances that took place around those parts.

You may also have been questioned yourself, and who knows if also lynched by the justice-seeking populace of these places: they were looking for revenge for over one thousand disappearances that had been taking place for years.

But no matter how many innocent souls they lynched, the disappearances kept happening.

Indeed, the real guilty person was no other than a runaway son of a hedge-trimmer and ditch-digger, whose name was Alexander Bean and who ran away from home in the company of an evil prostitute who had been accused of being a witch: Black Agnes Douglas.

Together they started life as highway people (highwayhusband and highwaywife, you may say), robbing the travelers that passed through the deserted and lawless roads of that part of rural Scotland. 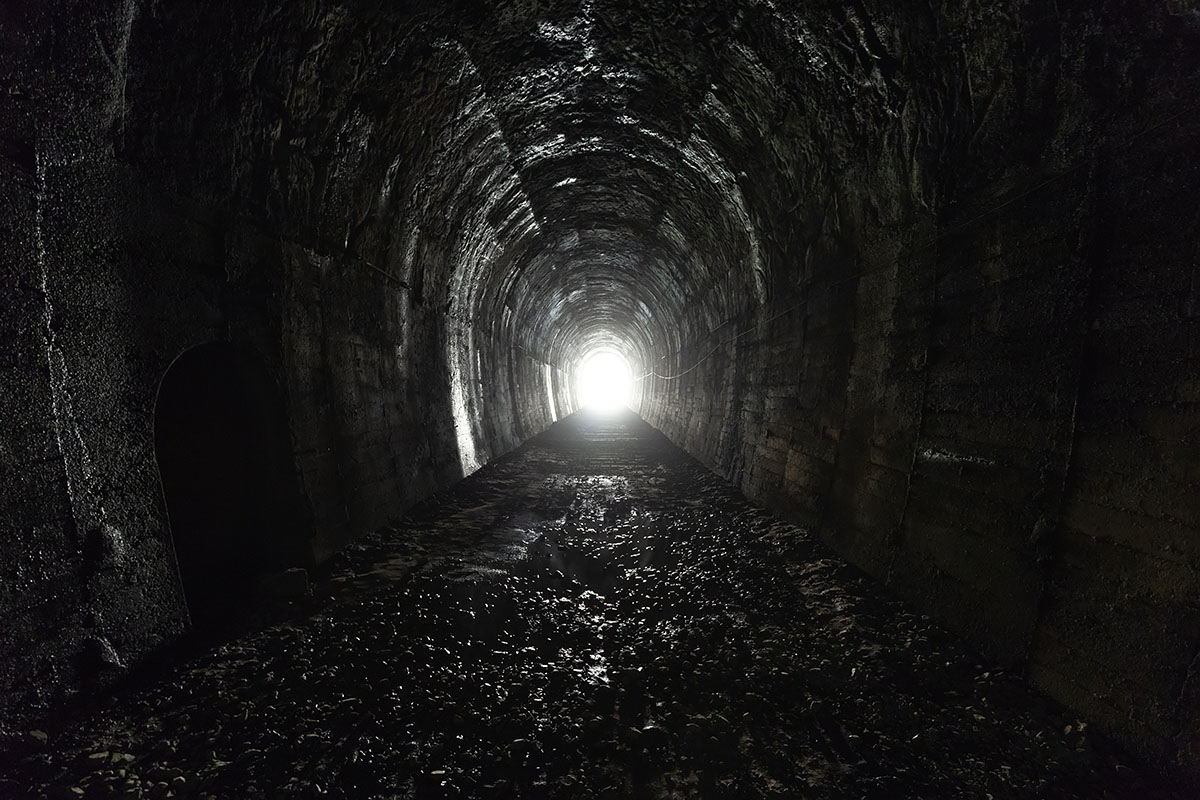 Eventually, they settled down, taking as their residence a cave, perfect for thieves and murderers to hide in the Bennane Head coast.

The cave was almost two hundred meters deep, providing them ample space to hide, and the path to its entry was engulfed by the rising tide every day, making it doubly safe at night.

There, they did what any settled couples did in the 16th century: they made babies. Mad, cannibalistic babies.

Eventually, Sawney and Black Agnes managed to bring to the world eight sons and six daughters who, as you would expect from such a family, started their incestuous relationships that resulted in eighteen grandsons and fourteen granddaughters for Sawney and Agnes.

Together, the forty-five members of this family committed all sorts of crimes, including murders, rapes, and robberies of people of every social condition, gender, and age.

They retreated to their cave together with the spoils of every attack, including the bodies of their victims.

6 What The Tides Brought

In the cave, they proceeded to chop off their victims in pieces, eat part of them, pickle another cut, and throw the rest to the sea from the cavern’s entrance.

Once these fell in the ocean, however, the body parts and organs frequently reached the beaches of nearby towns and cities, increasing the hysteria felt around the region due to law forces’ impotence to track down and eliminate the criminals making people disappear.

In all discretion, the Bean clan only committed their crimes at night, returning quickly to their hideaway as the tide receded. 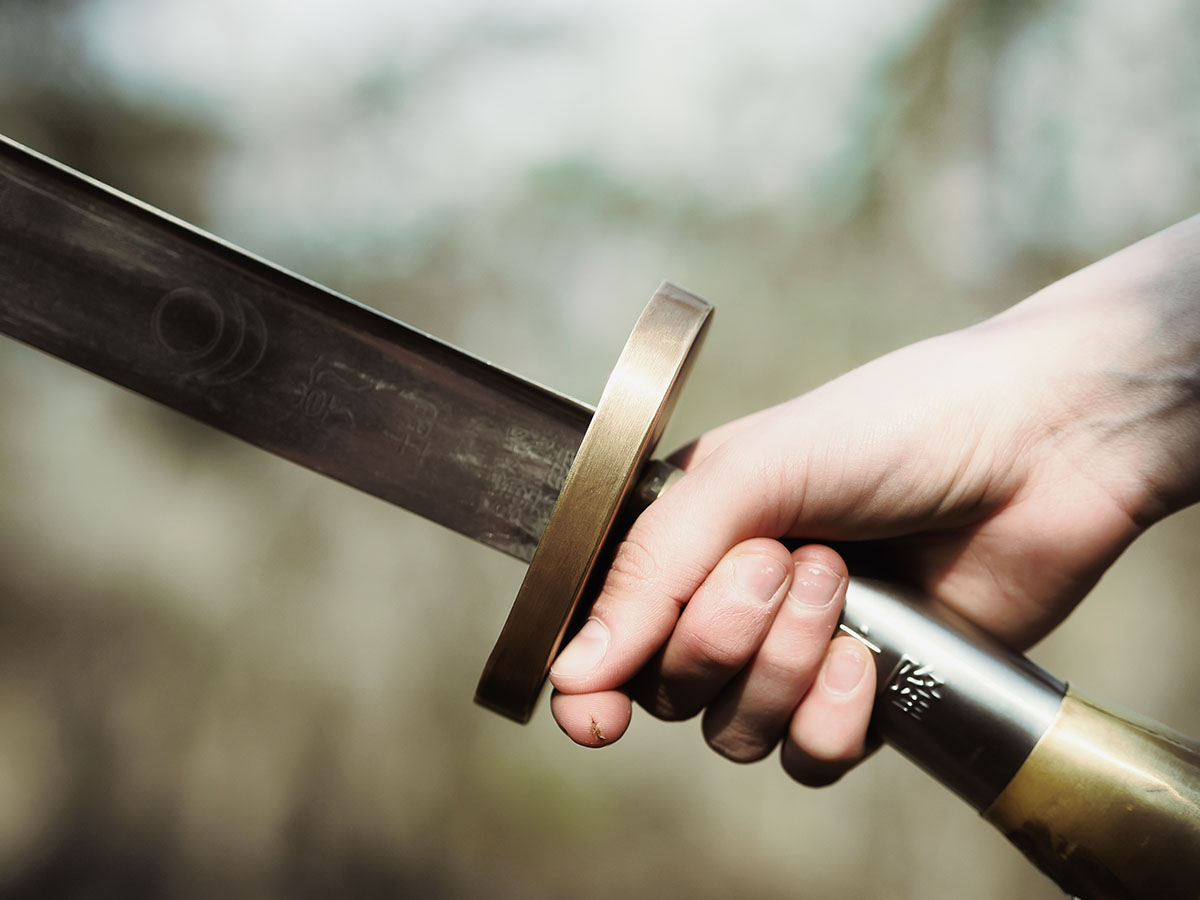 The Bean clan reigned supreme over the terrified populace. That is, until one day, they met with the wrong fellow: a man and his wife, who were returning from a fair, and who happened to be armed with a gun; a rare occurrence for the time.

The man held them back with the firearm and a sword, and though he couldn’t prevent them fatally wounding his wife, he managed to hold long enough to be rescued by incoming travelers who were coming from the same fair.

Together, they managed to flee and denounce the events to the authorities. 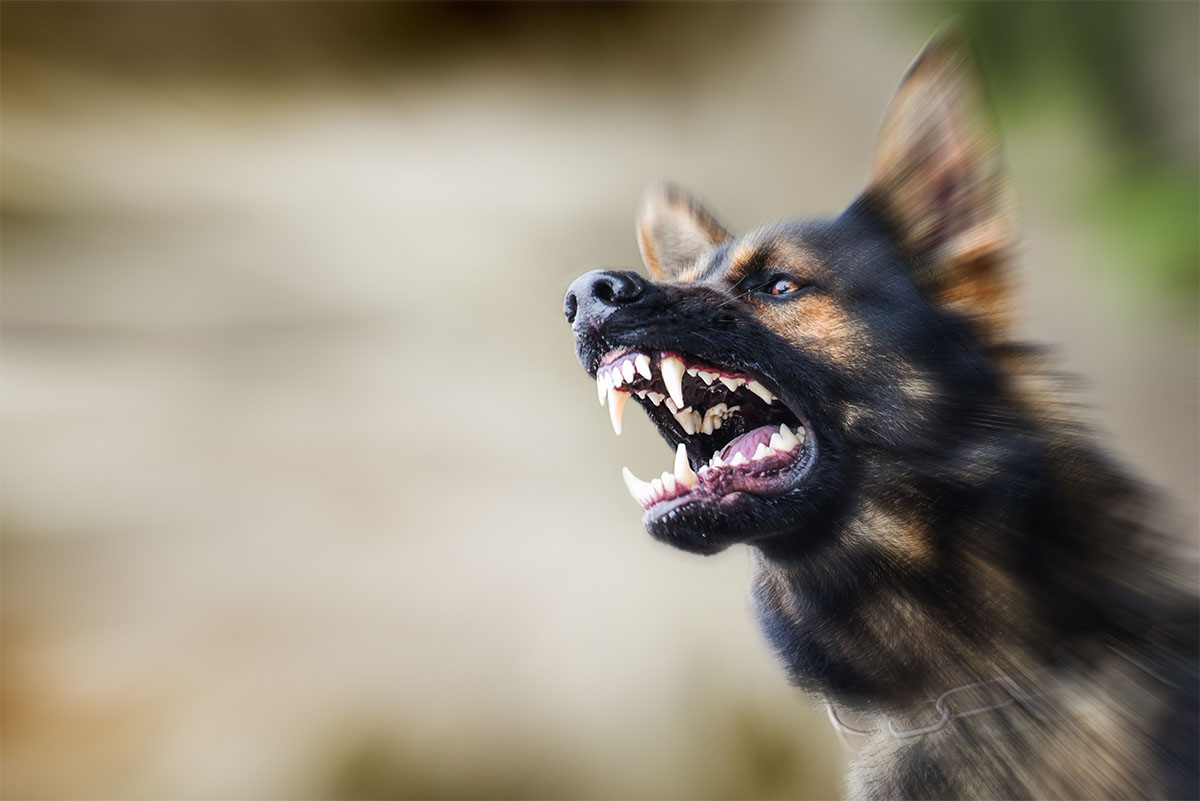 It didn’t take long before justice came down knocking on the (figurative) door of the Bean cavern. The local magistrate duly informed the central government in London of the situation.

According to the story, the King himself accompanied a force of four hundred men who, with bloodhounds, hunted down the Beans right to their cave entrance.

There they were all finally caught and rounded up and accused of the murder of over a thousand people. 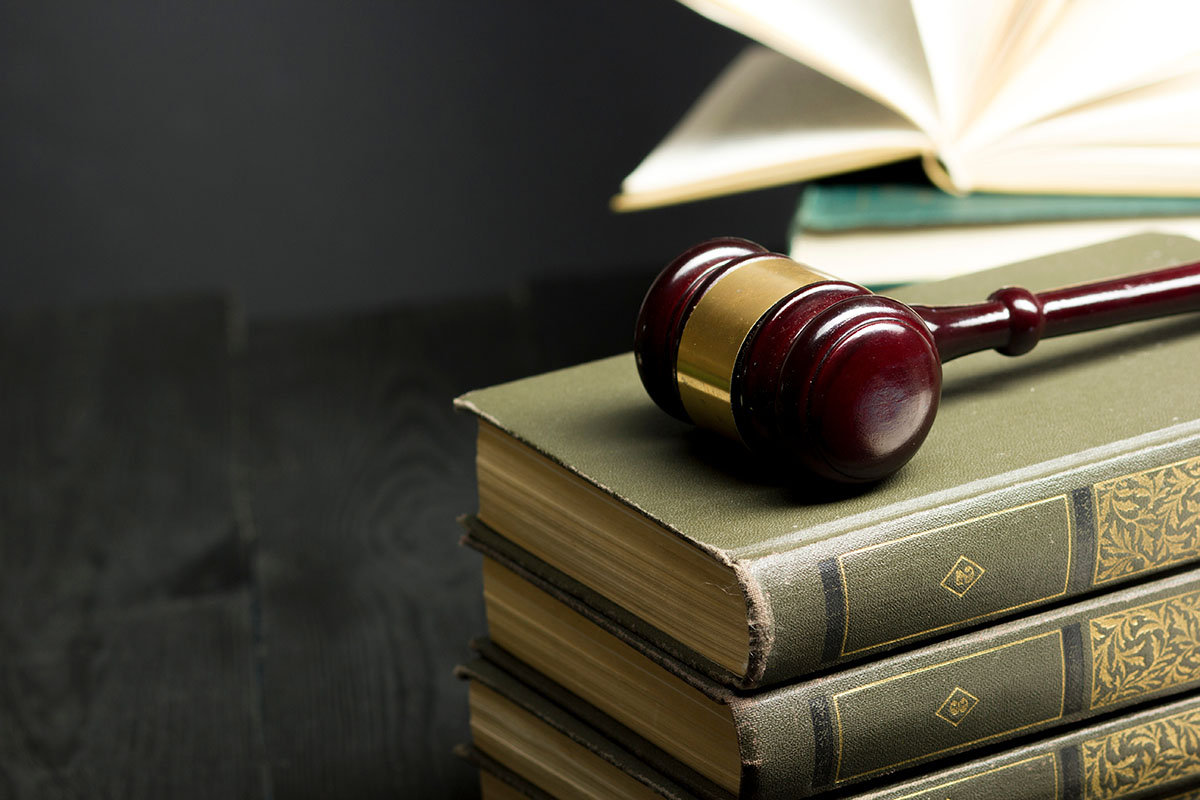 3 Sentence For The Beans

Their sentences were as cruel as their lives had been. Without any previous trial (probably the many corpses and bones found in the cave were evidence enough of their guilt), the men were castrated, mutilated of their hands and feet, and left to die of blood loss as Sawney screamed until the end that it “it wasn’t over, and would never be over.”

The women and remaining children were burned at stakes, sealing the fate of the bloodthirsty clan.

Wes Craven would later explain that the influence of this story on his work “resulted from a week I spent at the Forensics Department of the New York Public Library, where I discovered an account of a savage family and their deeds.”

This story was not only behind the 1977 film and its 2006 remake: its horrifying influence can be seen in the Texas Chainsaw Massacre (1974) and Ravenous (1999) movies.

In general, a family’s story turning entirely to murder and cannibalism seems to be horrifying no matter the time or place that the plot is set in.

Some critics, however, have questioned the integrity of the tale of Sawney Bean and claim that it is probably based itself on previous, more accurate, and less impactful stories.

When the 1719 book first detailing it was published, the English had been at war recently with Jacobite Scottish rebellions, and perhaps the plot intended to denigrate the Scots as a whole and portray them as less than human.

Others question this and point to even earlier accounts of similar cases, some going back as far as 1689.

Whatever that is, one thing is sure: the story of Sawney Bean and his clan is indeed a good plot for a horror movie, as it is entirely horrifying.