by Factionary 1 week ago1 week ago
6.3Kviews

There was a concentrated effort in the 60s on the part of the U.S. government to make people afraid of hippies.

From the FBI’s leaked COINTELPRO documents to the LAPD’s operations to disrupt the Black Panther movement, Richard Nixon had decided to make them an enemy.

So it was all too perfect when, in 1969, a hippie cult led by Charles Manson broke into actress Sharon Tate’s home and murdered several people, continuing their spree at the La Bianca house.

It may have also been the inspiration for Jeffrey MacDonald’s defense after his wife and children were slain in their apartment in Fort Bragg, North Carolina – just another random blitz attack by those dirty hippies.

That was his initial claim, but the truth behind the attack was much more terrifying and closer to home.

Jeffrey MacDonald and Collette Stevenson met in high school. They had an on-again, off-again relationship throughout high school and into MacDonald’s education at Princeton.

Jeffrey joined the Army after med school. By 1970, he was stationed at Fort Bragg. Collette described her life in a letter to a friend as never being “so normal or so happy.”

February 16, 1970, seemed like another unremarkable day. Macdonald took his daughter and son, Kimberly and Kristen, to play with the Shetland pony he’d bought them for Christmas.

Collette, pregnant with their son, stayed home. That night, they watched Laugh-In and fell asleep during Johnny Carson.

At 3:42 the next morning, MacDonald called dispatchers at Fort Bragg. “Help!” He gave his address. “Stabbing! Hurry!”

Kimberly, 6, Kristin, 4, and Collette were found in their home, beaten, and stabbed. Collette was stabbed 21 times in the chest with an ice pick and 16 with a knife.

Kristen and Kimberly were just as brutal; both were repeatedly bludgeoned before being stabbed with both objects. Kristen’s baby bottle was just next to her head.

Macdonald, too, had been stabbed, but not fatally. The word “PIG” was scrawled in all capitals above the headboard of his bed.

After being resurrected, he said, “Jesus Christ! Look at my wife! I’m gonna kill those Goddamned acid heads!” 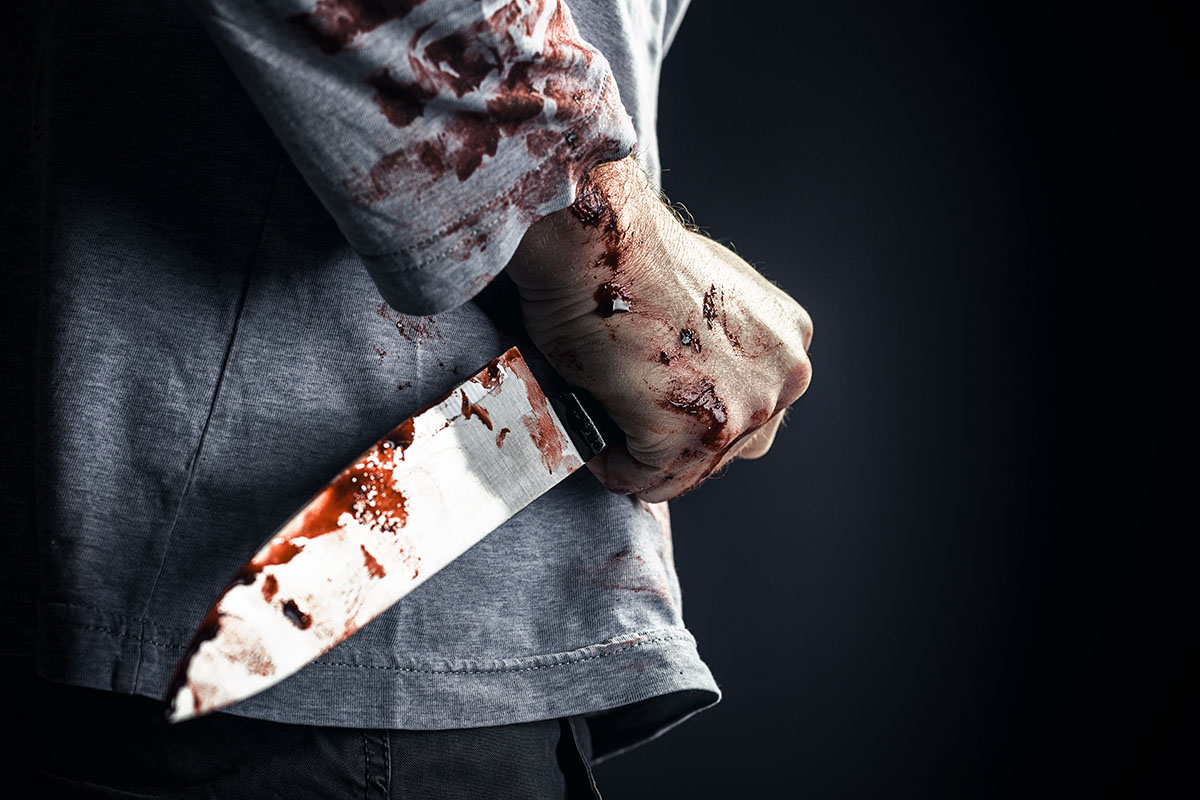 Questioned by the CID at the Womack Army Medical Center, where he was being treated for an acute stab wound that partially collapsed his lung, and a concussion, MacDonald claimed that he had awoken to his wife and children’s screams.

When he went to their aid, he was attacked by three males, one black and two white. A fourth intruder, a woman wearing a floppy hat, stood by a candle while chanting, “Acid is groovy. Kill the pigs.”

MacDonald attacked, getting stabbed repeatedly before collapsing. He later awoke to his wife’s body, tried to give her mouth-to-mouth, and phoned for help.

The parallels to the Manson murders six months earlier were too tempting. The news in Fayetteville ran with it.

Hippie cult murders were the stuff of California, not North Carolina. A new kind of paranoia overtook the city, and there was palpable fear in the streets.

One resident claimed he could hear his neighbor nailing their windows shut. Firearm sales increased. Worse, still, was that an MP lent credibility to MacDonald’s story.

While driving around the area that evening, he noticed an out-of-place woman in a floppy hat near MacDonald’s street.

But the CID was skeptical from the start. John Hodges, the first investigator on the scene, had doubts. He and his fellow officers took issue with MacDonald’s account, precisely the idea that the attackers wouldn’t go after him first.

After all, MacDonald was an army man on an army base, and it would only make sense he’d be perceived as the first threat.

Hodges and investigators also noted MacDonald’s wounds. In comparison with the brutality his wife and daughters were attacked, MacDonald’s injuries were reasonably tame.

While some accounts differ to the severity of his stab wounds, it’s clear they were nothing like the 30-plus stab wounds his wife received.

The condition of the room was also bizarre. In a battle between four attackers and a Green Beret, it was mostly undisturbed. 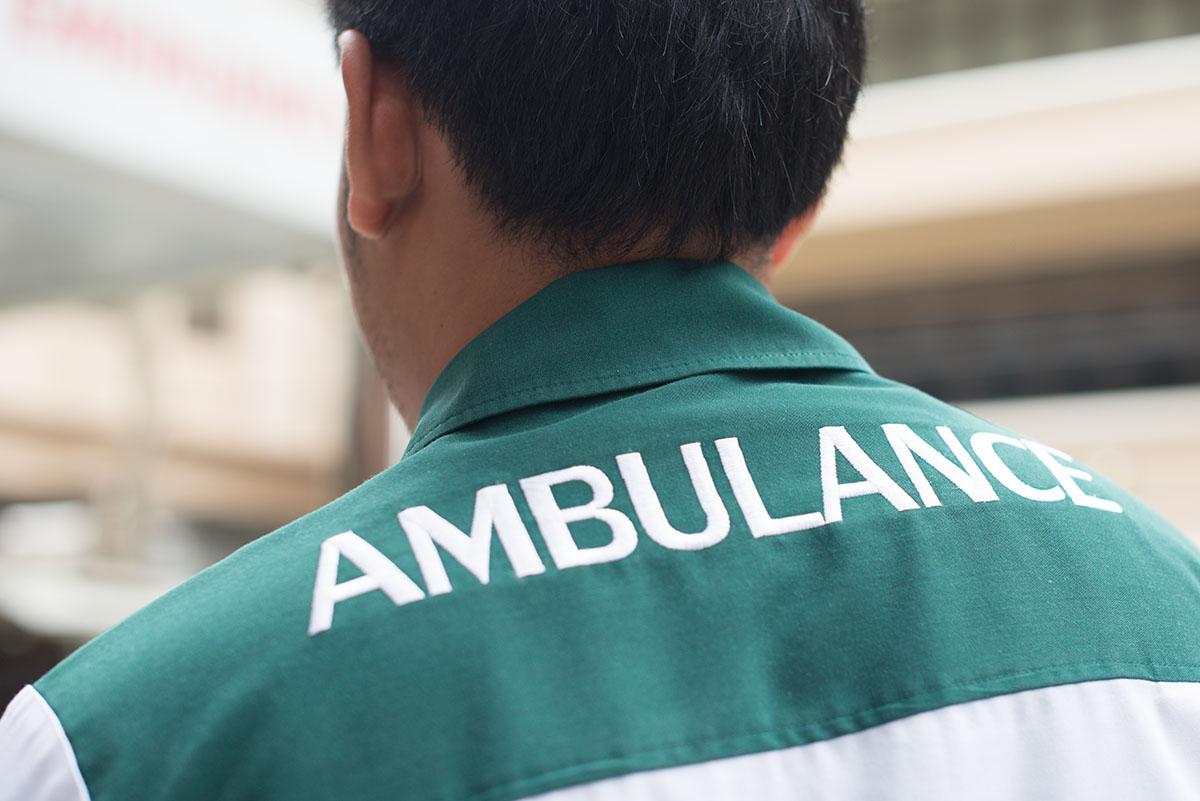 6 Still, They Made Mistakes

While they had their doubts, it was difficult to ascertain MacDonald’s guilt. It didn’t help that, though fiber samples and other evidence was handled meticulously, they still made some serious mistakes.

These mistakes have lent credence to some who believe MacDonald was unjustly prosecuted. An ambulance driver on the scene stole MacDonald’s wallet and incorrectly overturned a flowerpot.

This flowerpot led to some thinking that the idea MacDonald had staged the scene was a falsehood.

Some fingerprints were lost or never recorded. A piece of skin under Collete’s fingernail that could have come from an attacker was lost. Some of the scene was contaminated.

Also, news crews and neighbors were free to roam the scene before all the evidence was collected. Another suspect, a 17-year-old drug addict named Helena Marie Stoeckley, became a person of interest.

She had been seen in the area with two or three men and, perhaps most damagingly, stopped wearing her trademark floppy hat the day after the murders.

The charges against Macdonald were ultimately dismissed, though Stoeckley was never subpoenaed to testify. 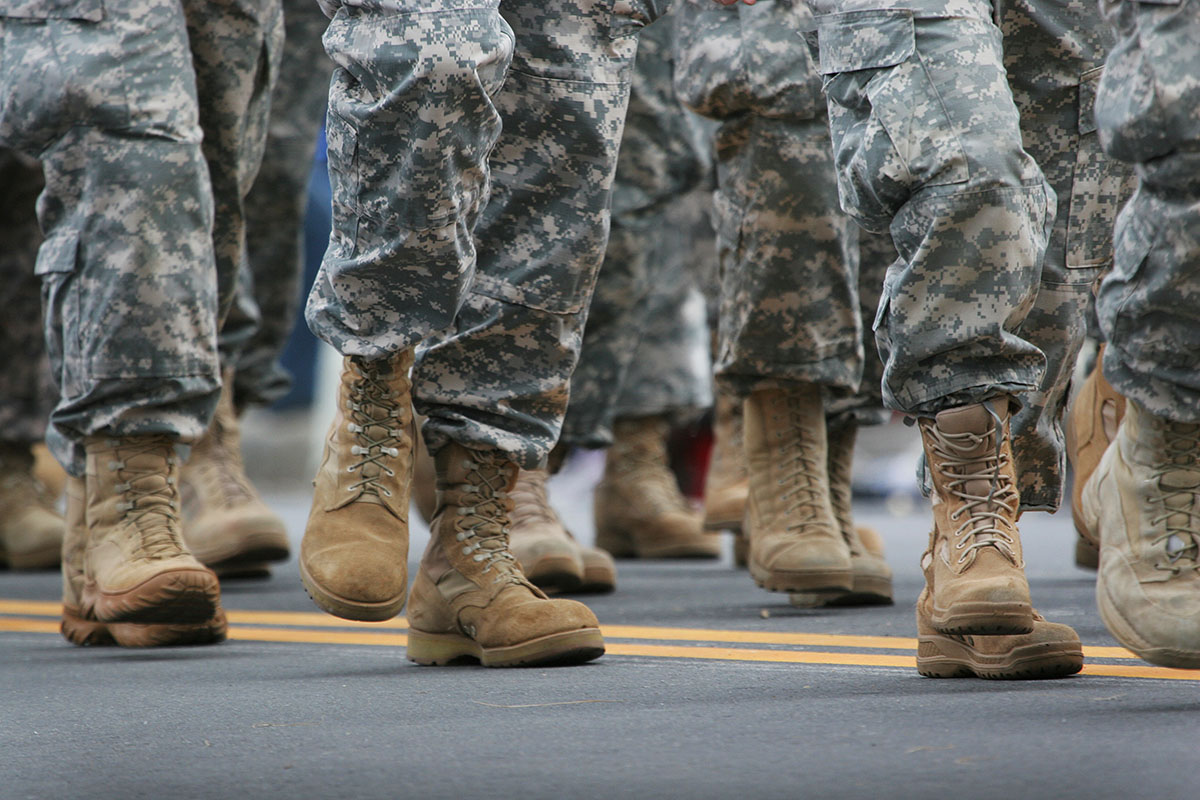 Despite initially believing his son-in-law’s innocence, Alfred Kassab started to have doubts after he appeared to be flippant on The Dick Cavett Show.

His suspicions grew after MacDonald said some Army friends had tracked down and murdered the real killers.

Kassab got a copy of his son-in-law’s testimony and started to notice inconsistencies. In the weeks leading up to the murders, he also learned that MacDonald had rekindled a relationship with an old girlfriend, Penny Wells.

Kassab filed a civilian complaint with the Department of Justice in 1972 but got little movement on it.

The FBI would not investigate since MacDonald was an officer at the time of the murders, even though he had since been discharged. 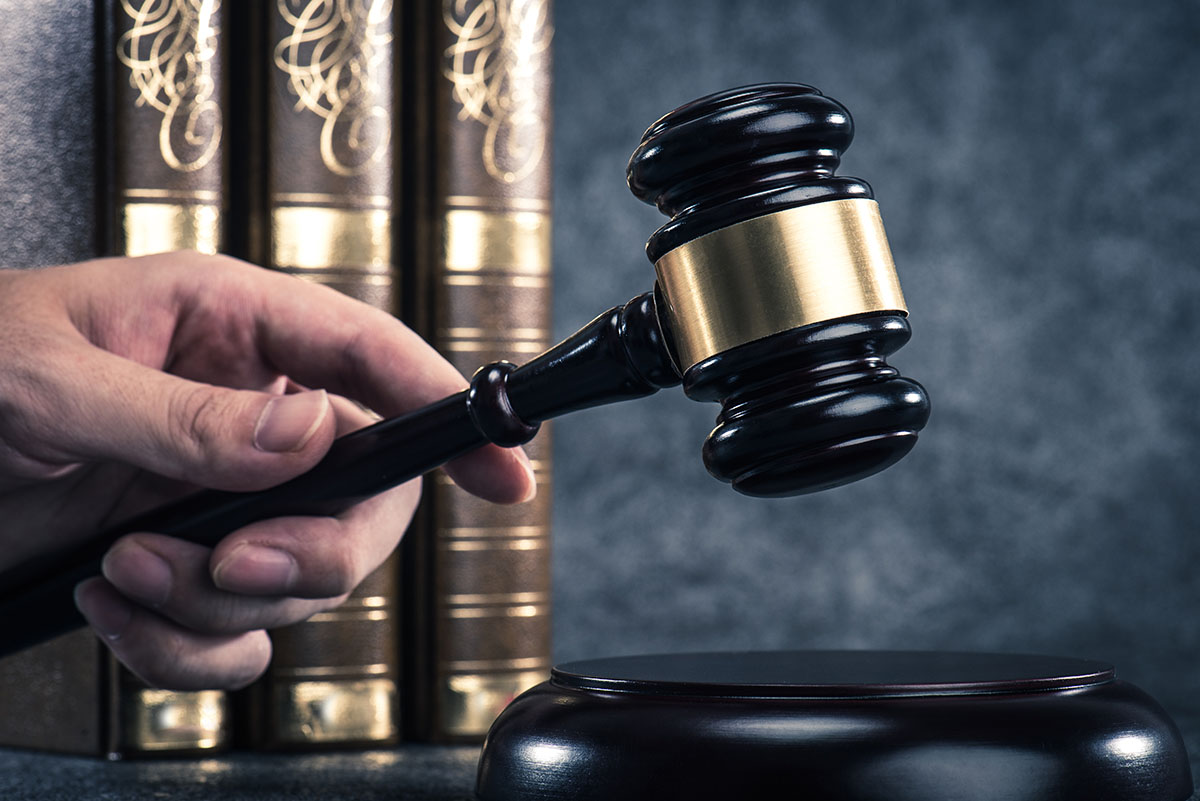 It took until 1974 to convene a Grand Jury. But new testimony, including some from MacDonald’s surgeons, made it clear that his wounds were not life-threatening.

Some of the blood on the scene splattered in ways that didn’t align with Macdonald’s story, and, worse, he was downright arrogant on the stand. At one point, he got so irritated that he began yelling at the prosecutor.

The Grand Jury indicted Macdonald on three counts of murder on January 25, 1975. His lawyers were confident he would get off, stacking the witness box with favorable character witnesses.

Helena Stoekley testified. She was meant to be a witness for the defense, with MacDonald’s lawyer questioning her for two hours in an attempt to get her to confess. But she was adamant about her innocence.

The jury deliberated for six-and-a-half hours. They returned with one count of first-degree murder and two second-degree. Four jurors openly wept as the verdict was read. 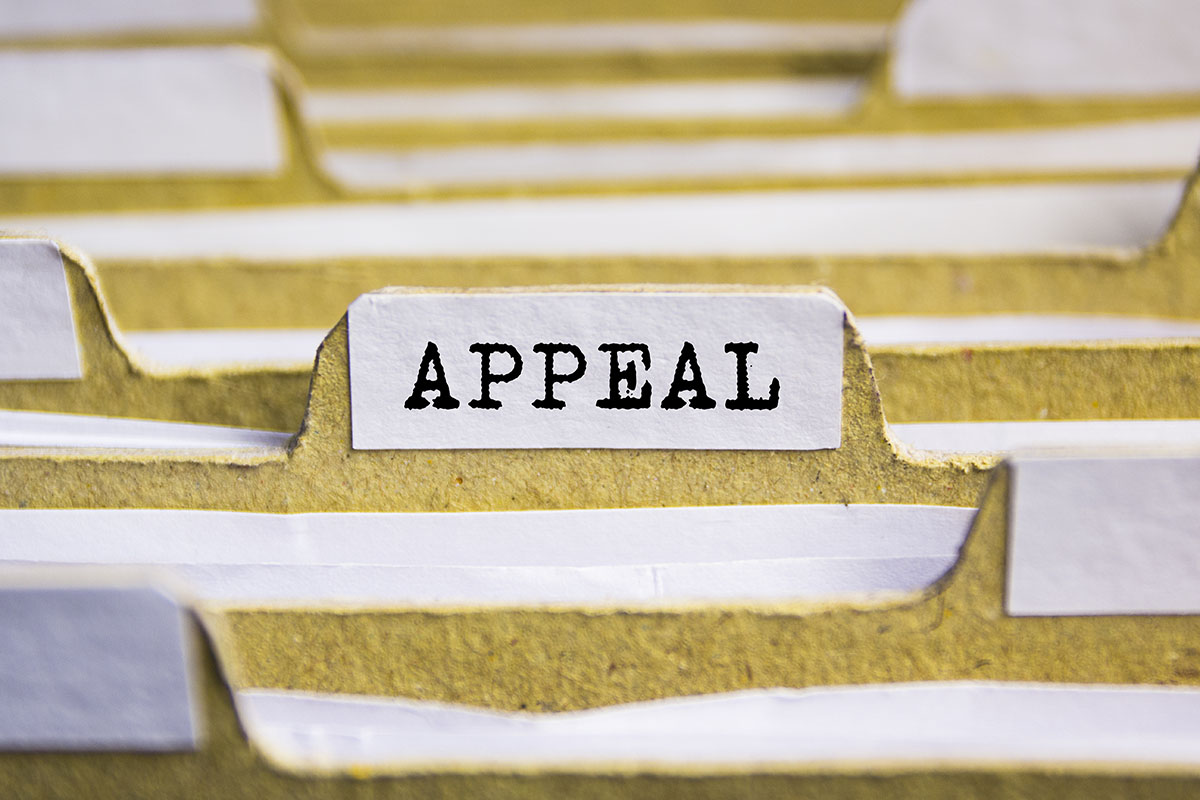 3 A Flurry Of Appeals

Macdonald first appealed his case in 1980, claiming his right to a speedy trial had been violated. He succeeded, was released on August 22, and returned to work as Director of Emergency Medicine at the St. Mary’s Medical Center in Long Beach, California.

The appeal then went through a series of denials to the Supreme Court, which decided in 1981 that his rights had not been violated. He was rearrested, and his life imprisonment reinstated.

Throughout the 80s, he kept trying. But none of them were successful, despite exploiting every possible avenue, including a play for mental incompetence. These appeals went on to 2018, and none have got him out of prison beyond the first. 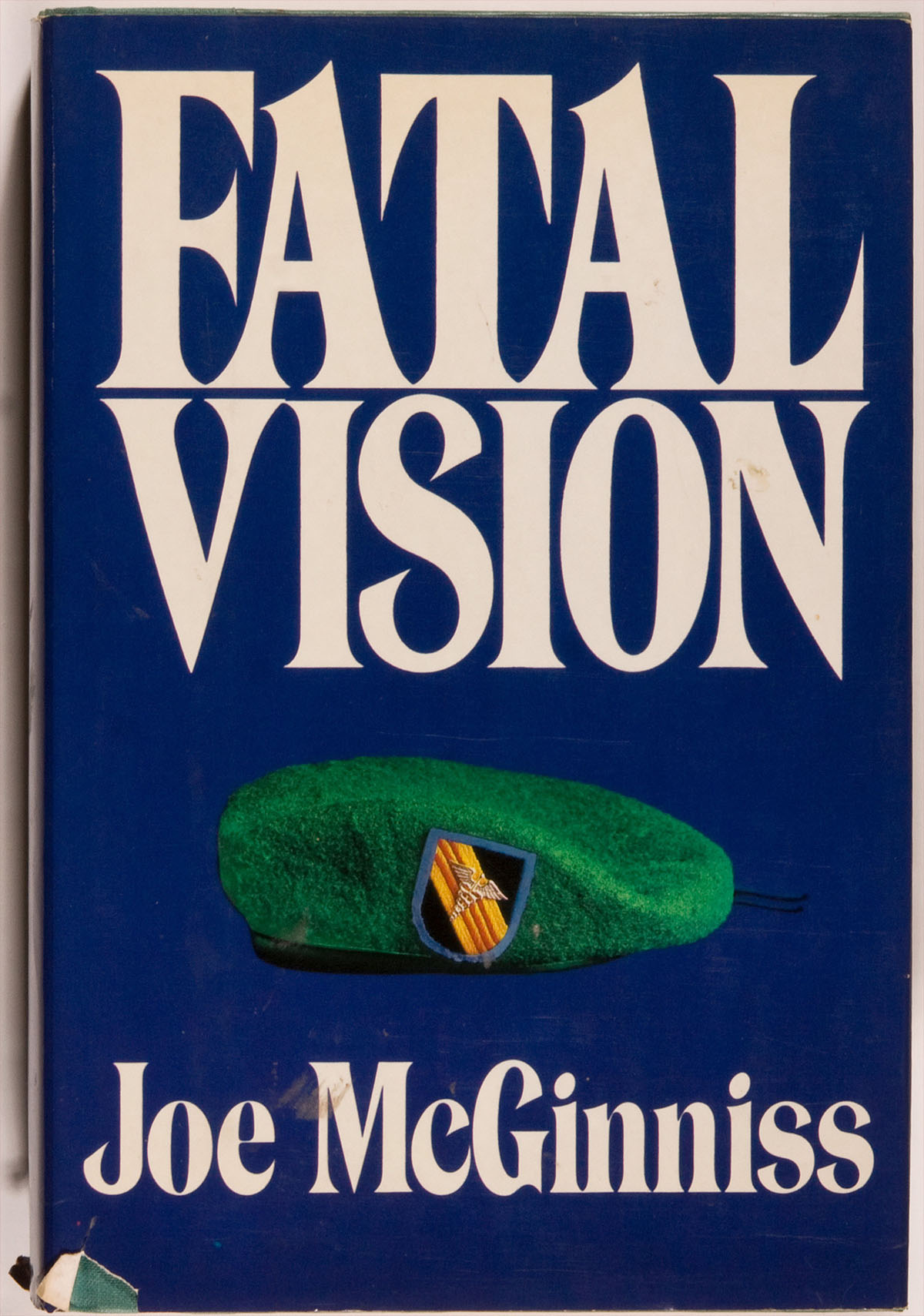 There was always a vocal group of supporters. Fatal Vision, a 1983 right crime book written by Joe McGinnis, was initially meant to portray an innocent MacDonald.

However, McGinnis became convinced of his guilt, and the book’s tone changed, leading MacDonald to sue the author.

But the shadow of Charles Manson looms heavily on the case. Drug-addled soldiers returning from Vietnam in 1970 had coincided with an increase in crime, and the paranoia was real.

But the real truth lies with MacDonald, or perhaps Helena Stoeckley. Shortly after MacDonald’s conviction, Ted Gunderson was hired to help try to overturn it.

Allegedly, Stoekley told Gunderson that she was part of a drug cult with a vendetta against MacDonald because he had refused to treat heroin and opium addicts.

Helena’s mother said to her that her daughter had twice confessed her involvement. But others supposedly involved in the murder are now either dead or were never found.

Knowing his health was failing in the late 80s, Alfred Kassab left a message from beyond the grave to be played at any future parole hearings, requesting MacDonald stay in prison for the rest of his life.