In a late 2010 travel warning issued by the U.S. Department of State, citizens were urged to postpone unnecessary travel to many countries in Central and South America, including Mexico and Colombia.

For those rarely keeping up with the news from the countries above, such a travel warning may sound like just another over-precautionary tale.

In reality, it has been an ongoing deterrent since many decades ago. Criminal groups in the country have been known to kidnap foreign tourists.

Visitors from the United States (or any other country for that matter) are constantly advised to practice extra safety measures, or the otherwise fun holiday time may turn into the worst nightmare.

For Mark Kilroy and his family, the nightmare happened during the early days of spring break in March 1989 at a ranch located just several miles south of the U.S. – Mexico border.

Mark enjoyed his time drinking with his friends one night in Matamoros, Tamaulipas, directly across the border from Brownsville, Texas.

The following day all his three friends made it back to South Padre Island. A month later, police found his remains.

They packed into Brent’s car heading to the relaxing stretch of sand right at the southern tip of the State of Texas.

During the first days of spring break, they were looking forward to sun tanning, drinking, and meeting some girls on the beach. However, their idea of a good time was not easily contained within the country’s border.

Everything was almost exactly as they had planned during the first few days of the vacation.

They stayed at a hotel in South Padre Island, about 25 miles northeast of Brownsville, from which a short walk across the Gateway International Bridge would get them to Matamoros.

All four then decided to cross the border on Sunday evening. In Mexico that night, they danced and drank until after midnight before going back to the hotel.

It must have been good because they would again cross the border, but only three made it back alive to South Padre Island. 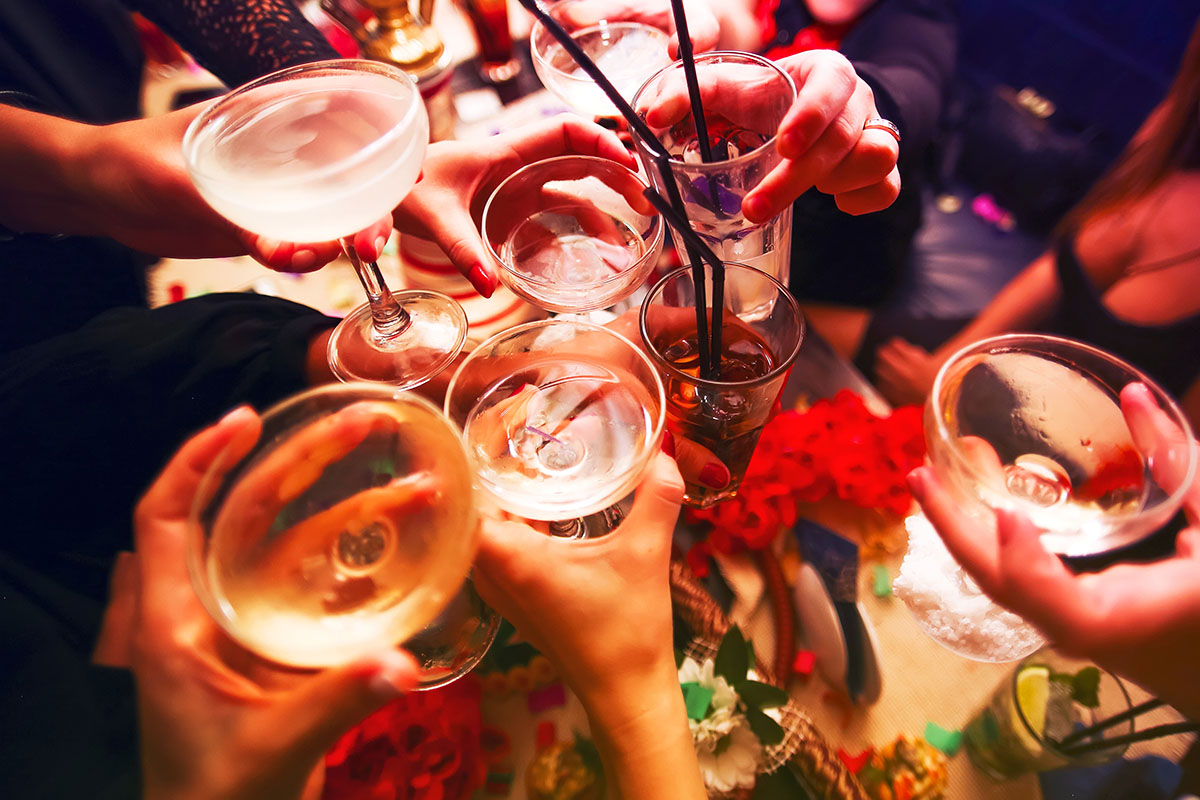 On March 13, they parked the car on the U.S. side of the border and crossed the bridge on foot. Just like before, the night was filled with plenty of drinking and dancing.

Before getting too drunk to return, they decided to end the night and go back to the hotel. Bradley and Brent were ahead of the other two, making a stop at a restaurant just 200 feet from the border.

Behind them was Bill, who also had to hurry along to urinate somewhere. When Bill joined Bradley and Brent moments later, Mark was not there yet.

Later on, Bill would say that he had seen a Mexican man approaching Mark on his way back to the restaurant. All three backtracked to look for their friend to no avail.

Bill then crossed the border in the hope of seeing Mark waiting by the car; he wasn’t there either. Bradley and Brent also crossed the bridge soon after.

After waiting for few more minutes, they decided to meet him later in South Padre Island. Until the following day, when they woke up, Mark was still nowhere to be found. They notified the police.

To aid the search effort, the U.S. consul in Matamoros also was notified. A description of Mark Kilroy was sent to various hospitals and jails along the border.

James and Helen Kilroy’s parents immediately flew to Brownsville to get directly involved in the search.

They distributed some 20,000 leaflets and offered a $15,000 reward for any information leading to their son’s whereabouts.

On March 26, the disappearance of Mark Kilroy was featured in America’s Most Wanted. Numerous emails and phone calls started to come, but none offered any workable lead. 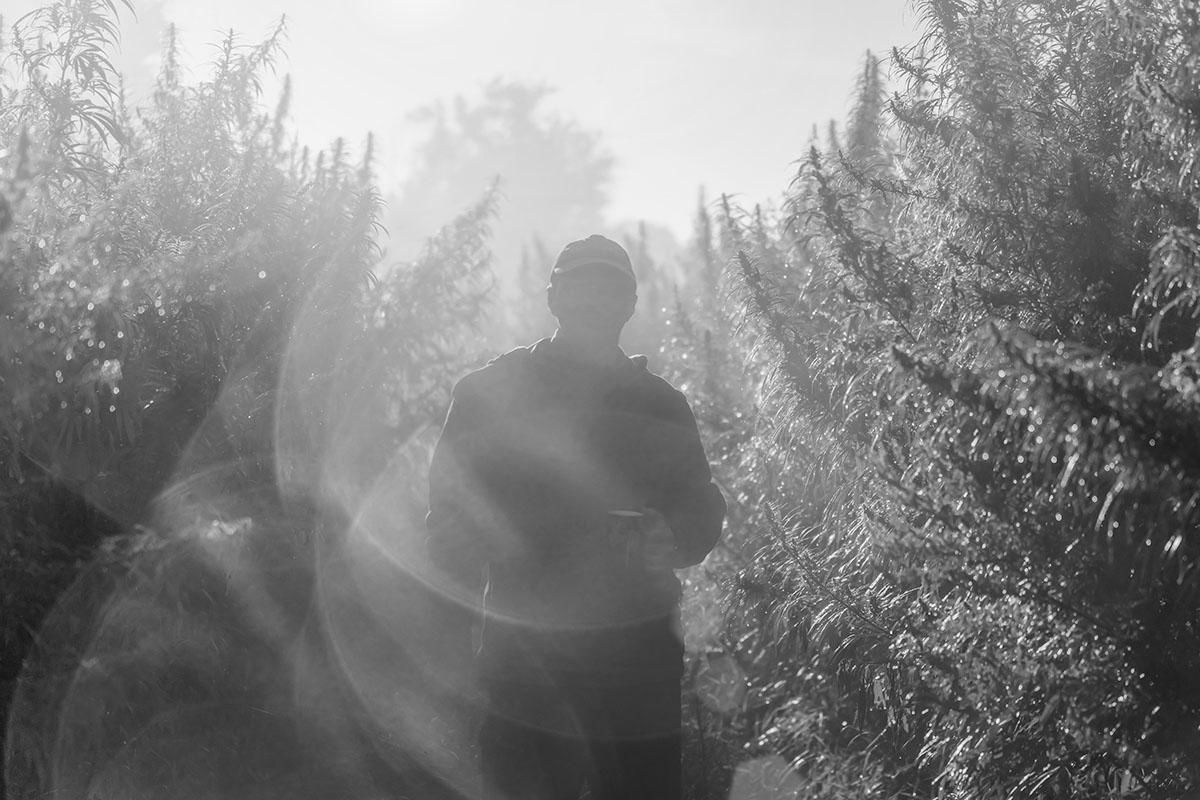 About three weeks after Mark went missing, a resident of Matamoros named Elio Hernandez Rivera was arrested for evading a routine police check and possession of marijuana.

During interrogation, he told the police his family owned a ranch about 20 miles west of Matamoros. He was then taken in handcuffs to show the officer exactly where the farm was.

Upon a quick search, the police found about 75 pounds of marijuana. Still in the ranch, the police showed a photograph of Mark Kilroy; to their surprise, the ranch caretaker said he recognized the missing American. 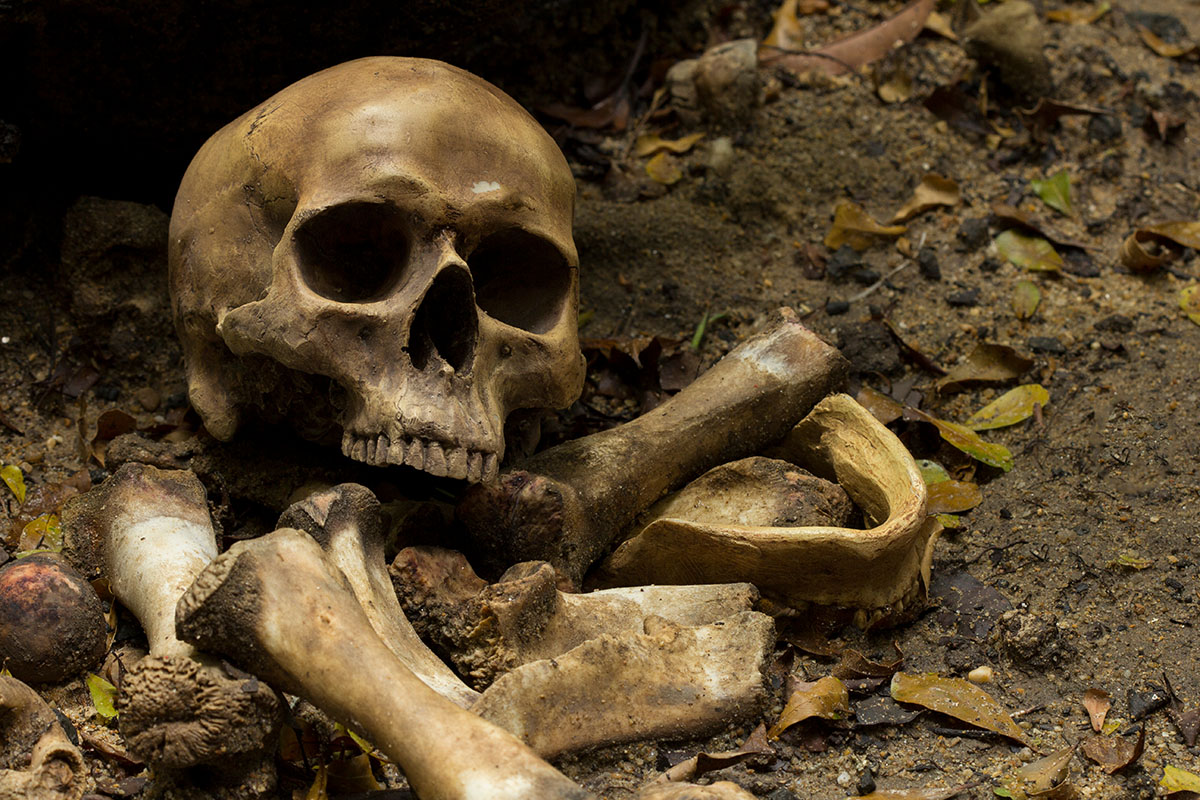 When the caretaker said he had seen Mark before right there in the ranch, he pointed to a shack about 400 yards away. As the police approached the hut, they noticed an increasingly intense sickening stench.

As it turned out, the smell came from the decaying flesh of a dozen males, including the mutilated body of Mark Kilroy.

Many of them had been brutally disfigured; some were without their hearts, eyes, ears, and testicles. At least one had been burned. The closer inspection uncovered three more bodies. 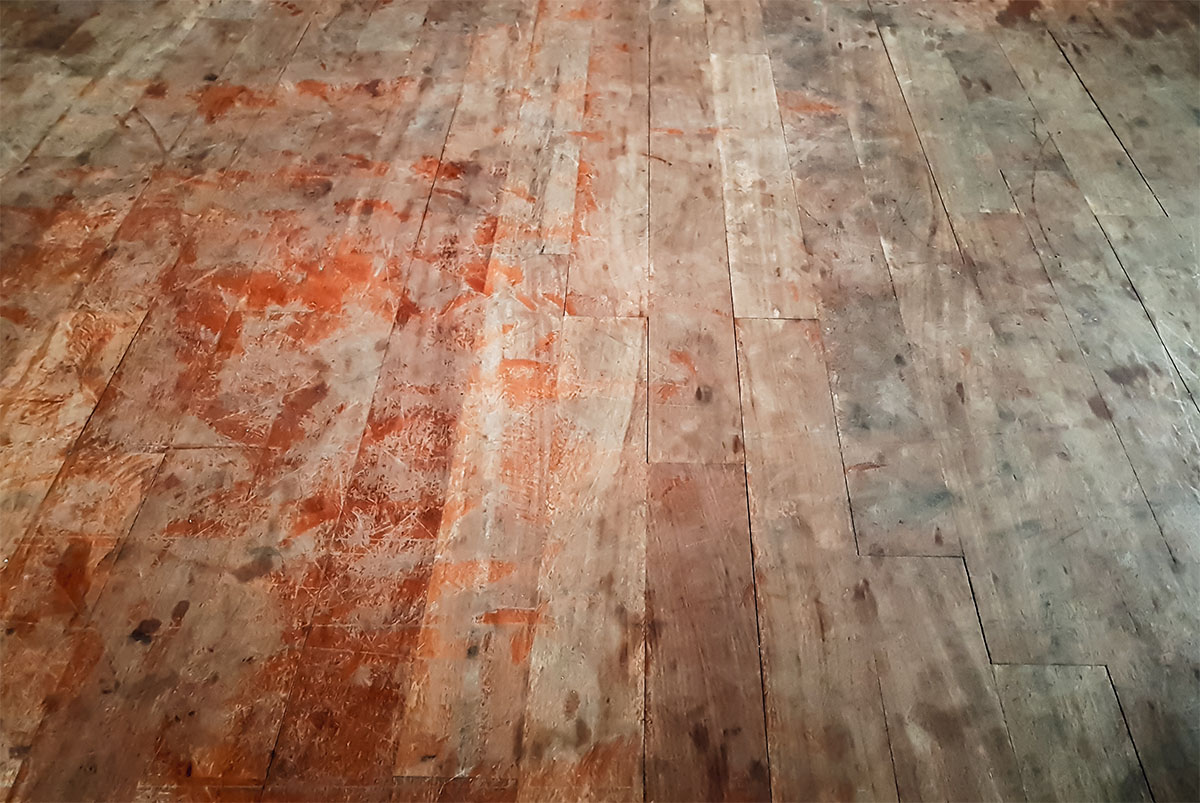 Inside the shack, the authorities came across another horror-inspiring sight.

The floor was smeared with human and animal blood; objects like a blood-soaked hammer, machete, coconut shells, iron bed frame, and heavy electrician’s tape were all across the room.

A large oil drum in the shack seemed to have been used to boil some victims.

One of the first American law enforcement officers to arrive at the site, Lieutenant George Gavito of the Cameron County Sheriff’s Department, said that he had no words to describe the scene for the first time in his 15 years in the force. 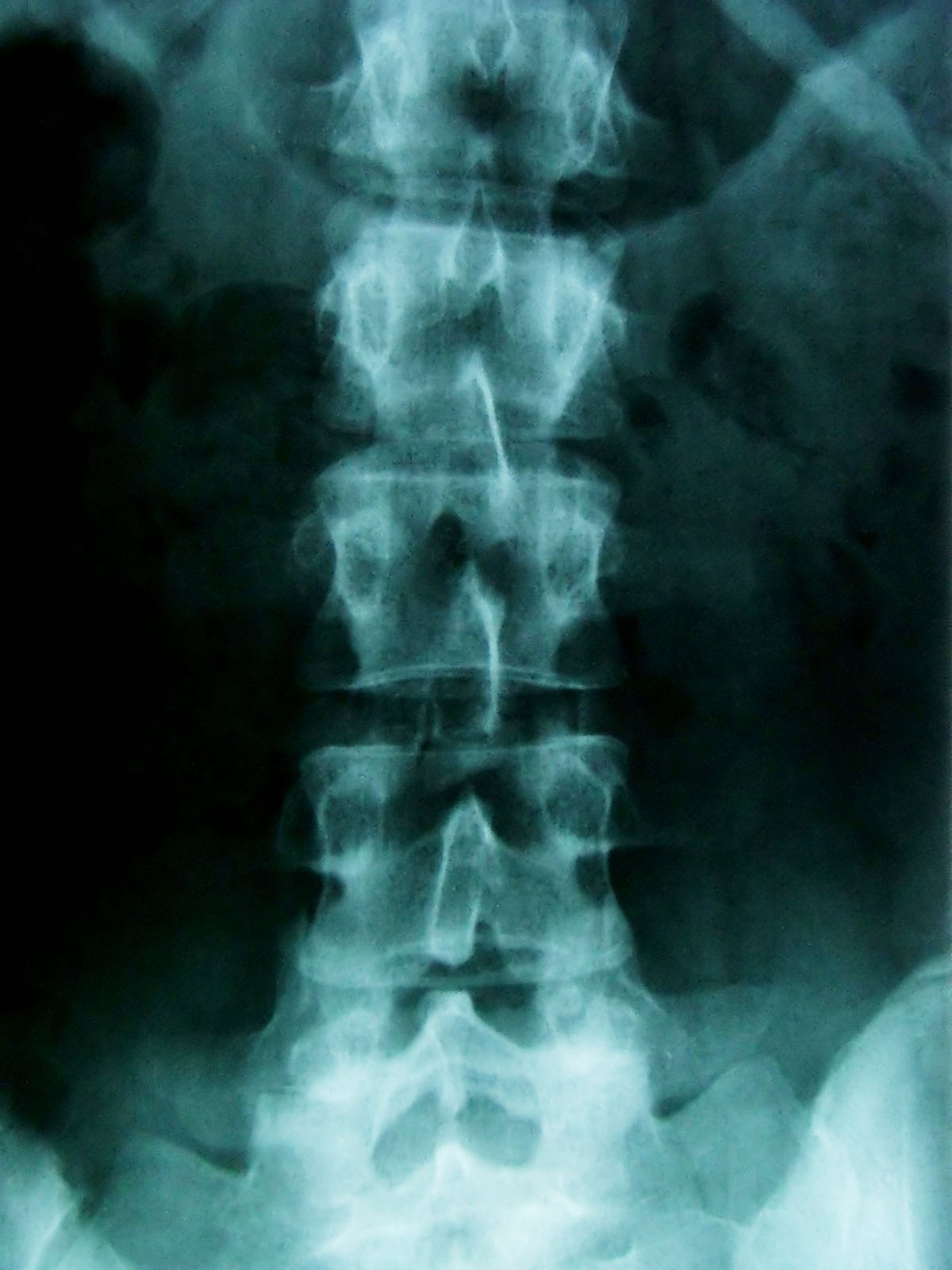 Based on the testimony of Elio and his accomplices, the shack was used as a place for rituals, which included human sacrifice, by a cult with the drug business.

The victims were slain and parts of their bodies removed as a sacrifice to protect the cult member’s drug operations and obtain invincibility.

Some of the already arrested members were wearing necklaces made from human vertebrae. When the police found the body of Mark Kilroy, they noticed that his brain and spine had been removed.

The cult leader was allegedly the one who executed Mark Kilroy using a machete. Two of the suspects, Constanzo and Martin Quintana Rodriguez, were already dead.