by Factionary 8 months ago3 months ago
051.2Kviews

Jose Menendez, the father of Erik and Lyle Menendez, was a corporate executive with more money than he could spend.

On the evening of August 20, 1989, all the money in the world meant nothing to Jose when his two young sons shot him and their mother multiple times with a shotgun in the family’s own house in Beverly Hills.

Lyle was arrested on March 8, 1990, and his brother turned himself in three days later. In between the shootings and the arrests, the brothers lived like royalties with the money from the parents they had brutally killed.

In the months after the death of their parents, the Menendez brothers were on a shopping spree. It was estimated they spent around $700,000 of his father’s money.

Lyle bought a Porsche, a Rolex, a restaurant, and a lot of clothing; Erik opted for a Jeep Wrangler, hired a $50,000 personal tennis coach, and invested $40,000 in a rock concert that never happened. Of course, the two took an exotic vacation too.

For Erik and Lyle, killing their parents was like winning a lottery, yet that was not the only disturbing revelation. 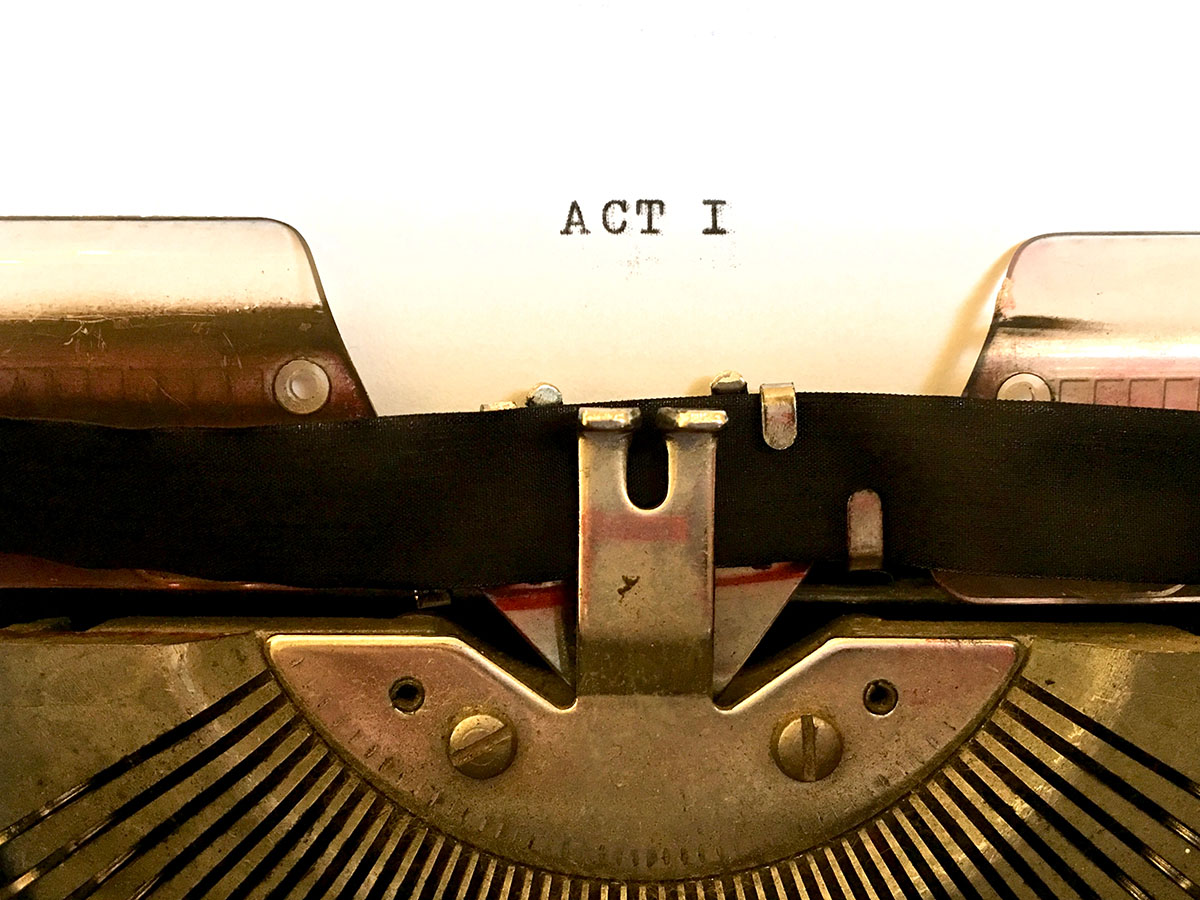 No, it was not about three men and three women hanging out at a cafe called Central Perk in New York City.

The screenplay that Erik Menendez and his tennis partner Craig Cignarelli wrote was about the story of a person who killed five people, including his parents. They went to a private cabin and produced the 66-page screenplay titled Friends.

There was allegedly another manuscript of the same nature, but with more vivid details and resemblance to the brothers’ ultimate crime. 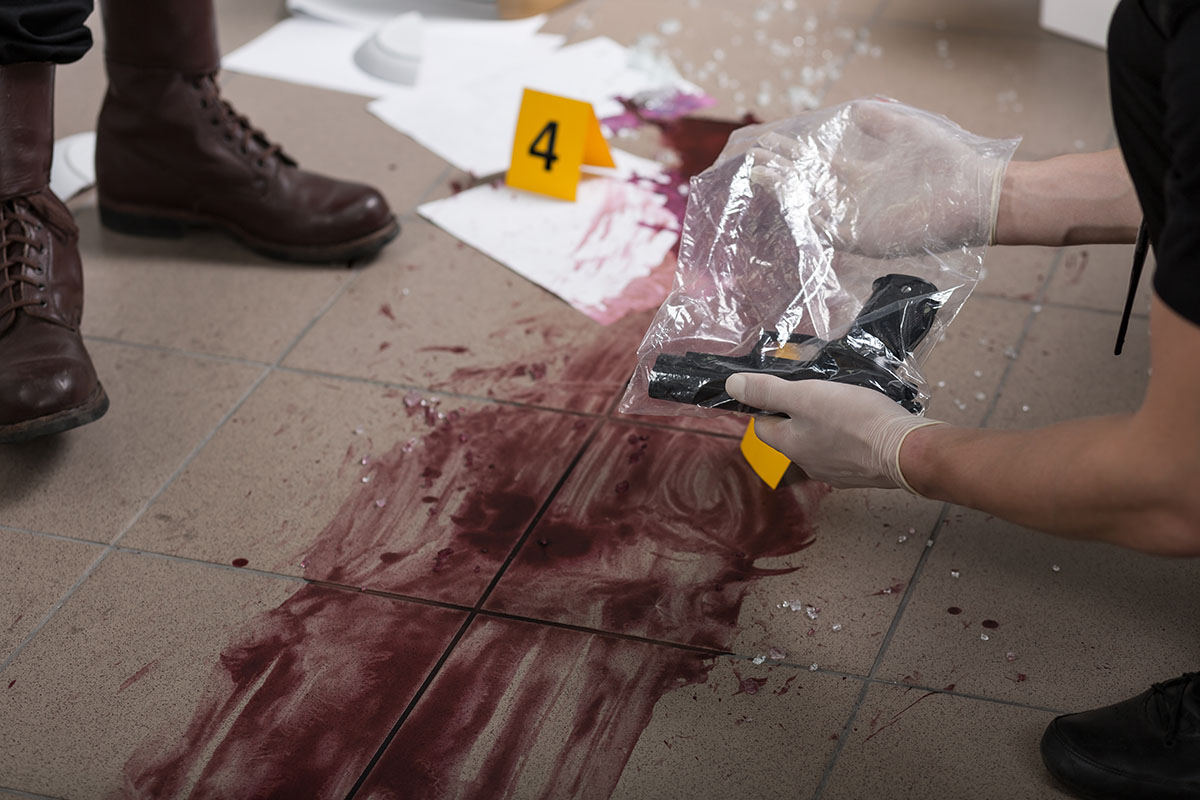 Upon arriving at the crime scene, the first responders never doubted that the brothers were indeed grieving.

Erik and Lyle convincingly performed that officers did not even bother checking the brothers’ hands for gunshot residue.

Early reports described the crime scene as “gangland-style killing,” probably because it looked pretty much like one, thanks to an imaginative staging.

Erik and Lyle didn’t sit for a formal interview until two months after their parents’ death. The investigation was compromised from the get-go.

Erik, the younger of the two, couldn’t seem to cope with the emotional burden of his crime, despite having been on a series of expensive splurge after the death of his parents. He secretly told Craig Cignarelli that he and his brother had killed his parents.

In October 1989, Erik met with psychologist L. Jerome Oziel and, during their session, admitted his involvement in the murders.

His brother Lyle found out about the confession and threatened to kill the psychologist if words about it ever reached the authorities. 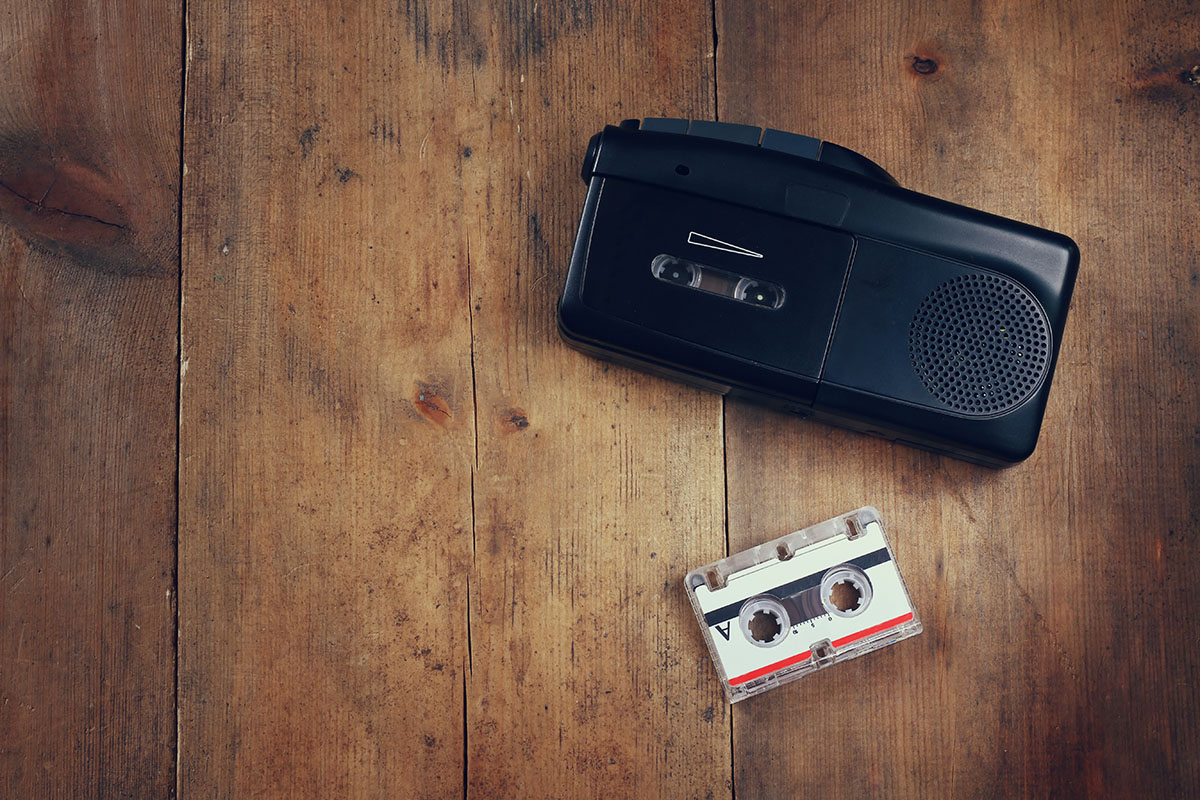 Unbeknownst to Erik and Lyle, the joint confession was recorded on tape by the psychologist’s mistress, Judalon Smyth, who was in the waiting room listening to the conversation.

Smyth did not immediately go to the police with the recorded confession. She waited for nearly five months.

Finally, seven months after Jose and his wife were murdered, the perpetrators were arrested. Lyle was the first to be apprehended, and his brother turned himself in several days later.

The recording became a subject of an intense dispute regarding its admissibility in court. The California Supreme Court deemed it permissible.

During the first trial, the defense attorneys presented the claims that the Menendez brothers were victims of abusive and incendiary parenting.

There were also accusations of molestations on the father’s part, starting when Erik was six and Lyle was seven. A story of how the father had belt-whipped and punched his sons came to the surface as well.

There was corroboration, in part, by family members who testified under oath. Lyle even accused his mother of incestuous molestations. None of those accusations were substantiated. 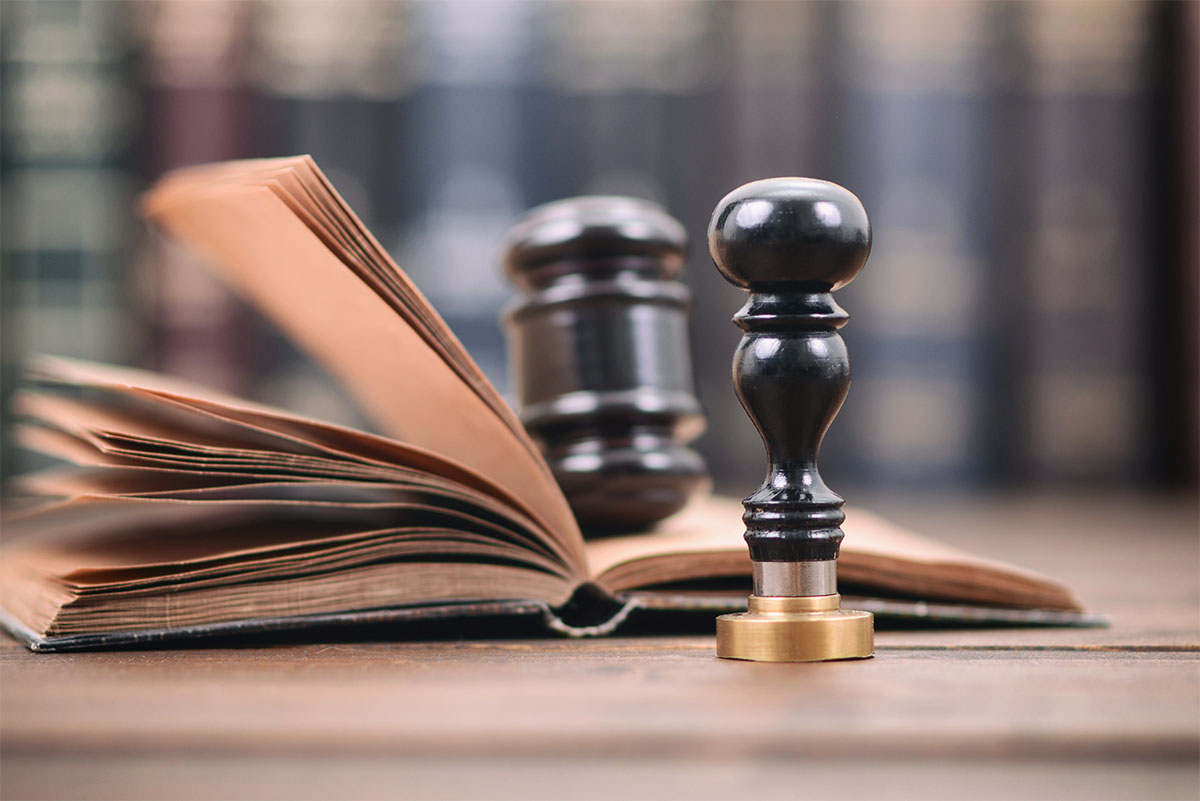 It was also from the trial that the public learned about the Menendez brothers’ previous run-in with the law.

Both had previously faced criminal charges for burglary and theft before the murder case. They broke into neighbors’ and friends’ homes and stole an estimated $100,000.

Erik took the blame and sentenced to probation. While Jose was furious at his sons, he paid off the victims and bailed his youngest son.

Following the incident, Jose reportedly threatened to change his will and cut a reasonable amount from his children’s inheritance.

4 At Ease During Trial

For most of their appearances in court, Erik and Lyle did not show any remorse for their parents’ death. The LA Times described them as appearing to be at ease in a series of evidentiary hearings; they smiled at girlfriends and relatives.

Inevitably more evidence started to pile up against the brothers. It was also revealed that they got the idea of killing their parents from a made-for-TV 1987 movie Billionaire Boys Club. 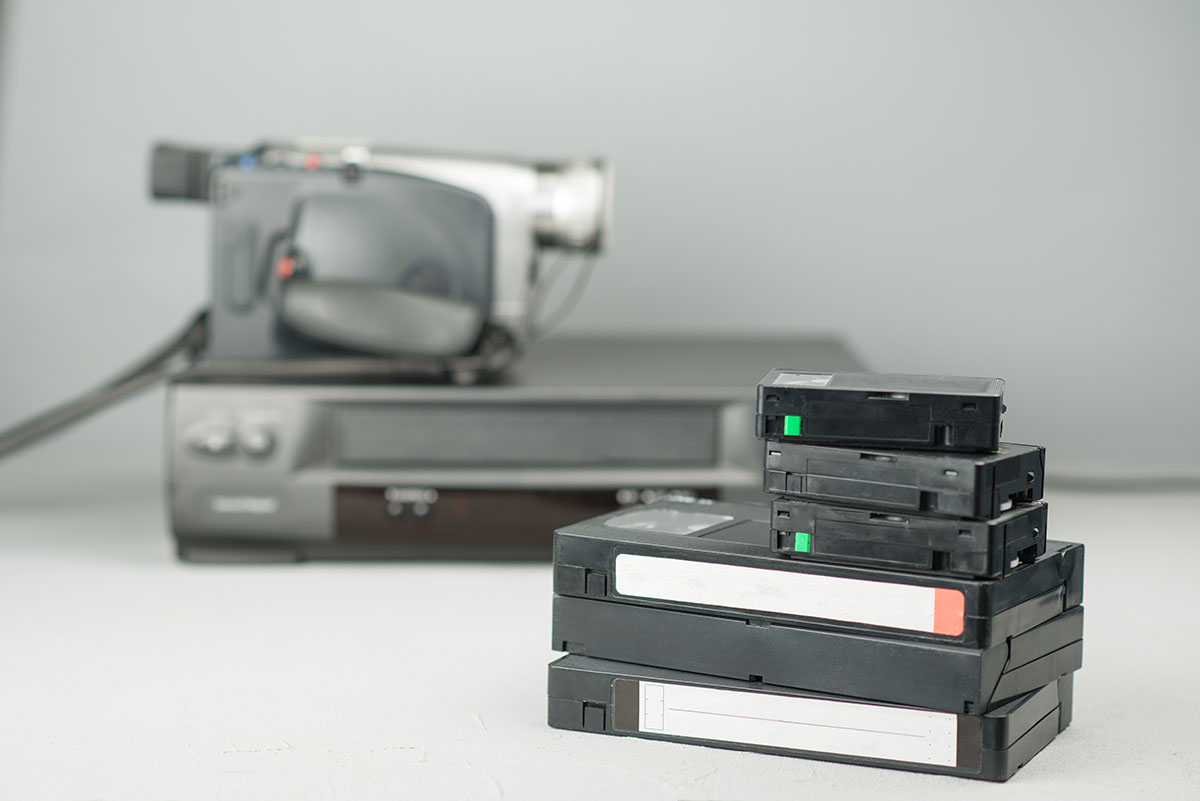 Thanks to CourtTV (now TruTV), the trial became a media sensation, at least the first one. Cameras were in the courtroom, and dramatizations were found in just about every part of the broadcast.

The public took much interest in the case, including the “battered child” defense, which may contribute to a hung-jury, thereby necessitating a retrial.

Unlike the first one, the second trial gained far less attention as the American public had moved on to another high profile case of O.J. Simpson in the murders of Nicole Brown Simpson and Ronald Goldman.

The courtroom in the second trial had a much more serious atmosphere. If previously Lyle and Erik had separate juries, the case was now heard by just one jury.

Another striking difference was the absence of cameras. More importantly, the abuse excuse didn’t play out as well as the defense had expected.

The jury brought a guilty verdict. They spared the Menendez brothers capital punishment and instead sentenced them to life imprisonment without parole. It was a mercy compared to what they had done to their parents.

The California Department of Corrections initially sent the brothers to different prisons. They were also segregated from other prisoners for their maximum-security status.

In February 2018, Lyle was moved from Mule Creek State Prison to Richard J. Donovan Correctional Facility, where Erik was incarcerated.

While housed in the same facility, they remained in separate units until April that year, when Lyle was again moved to the same housing unit as his brother.

That would be the first time the brothers reunited since their incarceration more than 20 years earlier.