The Winchester Rifle is the Gun that Won the West. It was the innovative firearm that went into the hands of every lawman and lawless criminal who set out into the frontier to find their claim.

The inventor died a wealthy man, and his wife inherited much of his fortune and continuous pay, but at a cost.

Sarah Winchester’s name has dual infamy to it. She was the magnate’s wife who created a product that killed uncountable numbers of people while she was alive.

Her name was synonymous with death itself. Because of that, she became paranoid and believed the dead spirits that were put down by the Winchester rifles haunted her.

That is why, from 1886 to 1922, she built a house. A house that never ended. A maze of hallways, doors, and windows that led nowhere. It was not a living place but a labyrinth for the dead.

They had a very comfortable life in Connecticut, across from the entire continent, where she would later end up with her decades-long construction project. 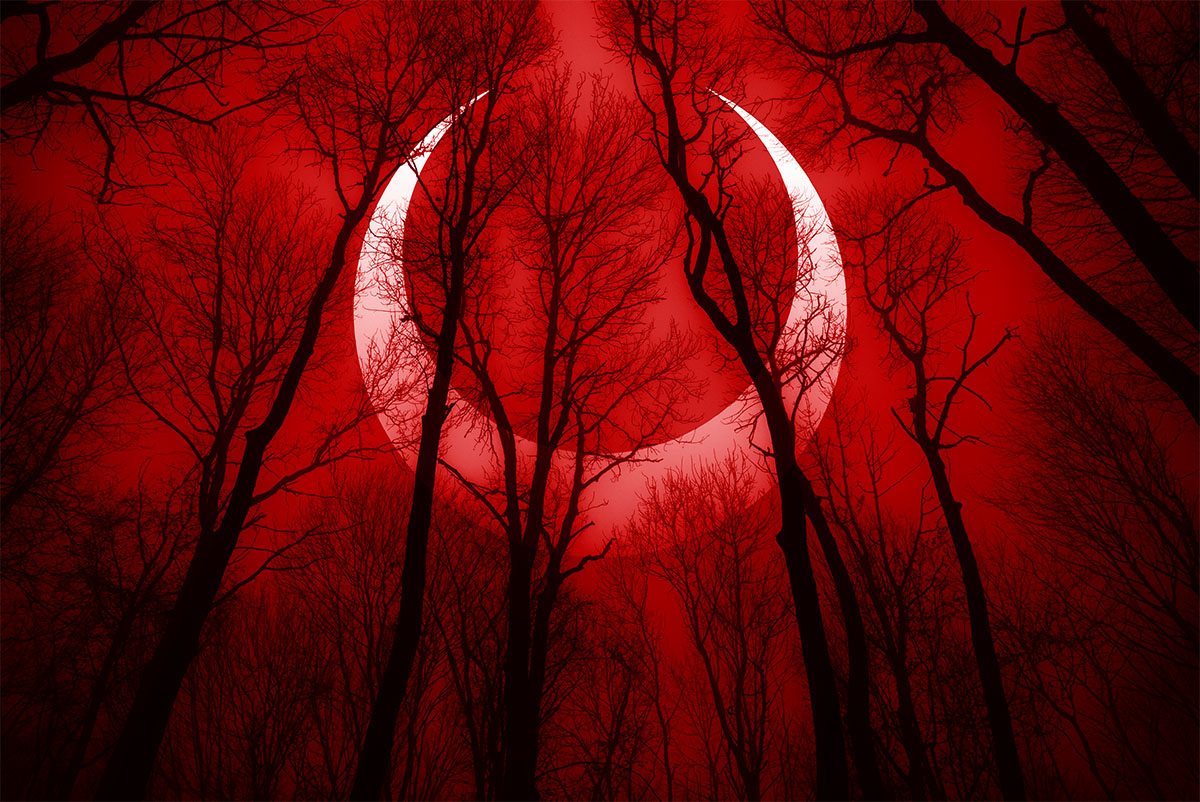 Sarah gave birth to a daughter, Annie, in 1866. Unfortunately, the infant child died just a few weeks later of a malnutrition disease.

Sarah was left scarred by the incident and never had another child. She remained distraught until 1881 when her husband died of tuberculosis. At that point, she believed her curse had started to manifest. 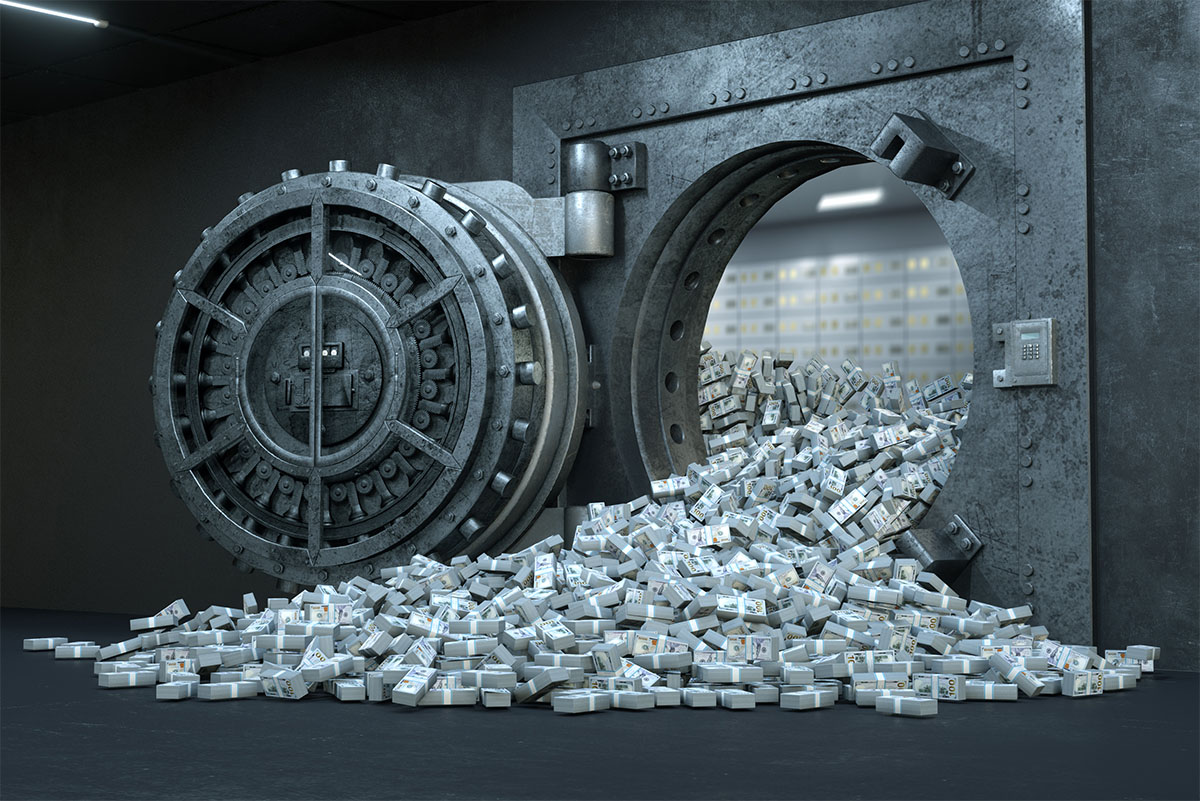 Sarah inherited the current day equivalent of $543 million and continuously earned shares from her fifty percent ownership of the Winchester Rifle company of roughly $26,000 per day.

She was one of the richest women to ever live in modern times. All earned on the backs of sales of guns, which took the lives of people every day.

Sarah Winchester became highly superstitious in her later years. She wanted to correct her inherited name’s errors before she fell victim to the same fate as her late husband and daughter. 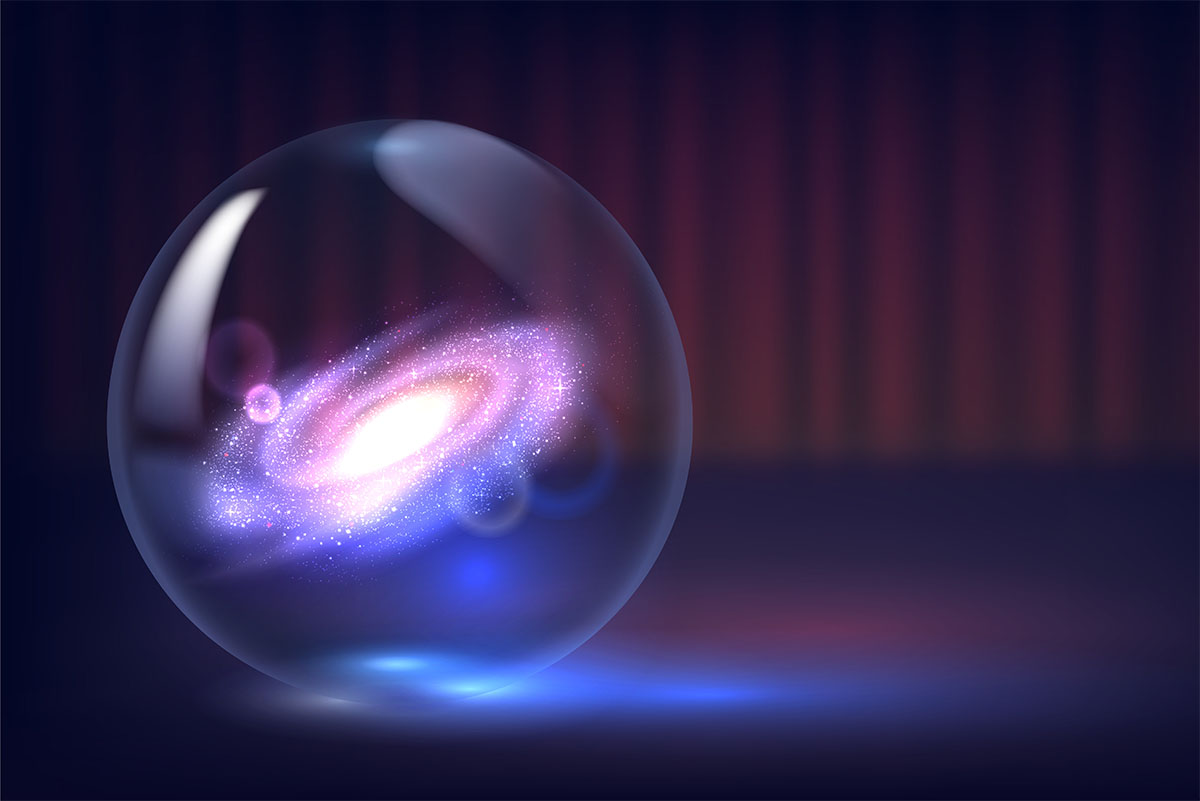 Sarah reportedly visited a medium in Boston to channel the spirit of her dead husband. After all, she had been through, she fully believed in higher powers and cursed lineages.

The medium told her to leave New Haven and move out west to the same lands where the rifles were used to clear the land of opposition. There she was told to build a home to house the spirits of victims of the Winchester Rifles.

Perhaps the medium was one such victim, who lost a loved one to the recognized brand name, and wanted to do away with the last surviving Winchester out of vengeance.

Sarah ended up moving to San Jose, California. Whether it was the advice of the medium, a change of perspective, or a traumatic alteration of her personality, she became possessed with a single minded goal of creating a massive asylum of a house.

In 1884 she purchased a farmhouse and hired construction crews to work day and night to build it up, according to her designs. And her methods were not easy to operate. 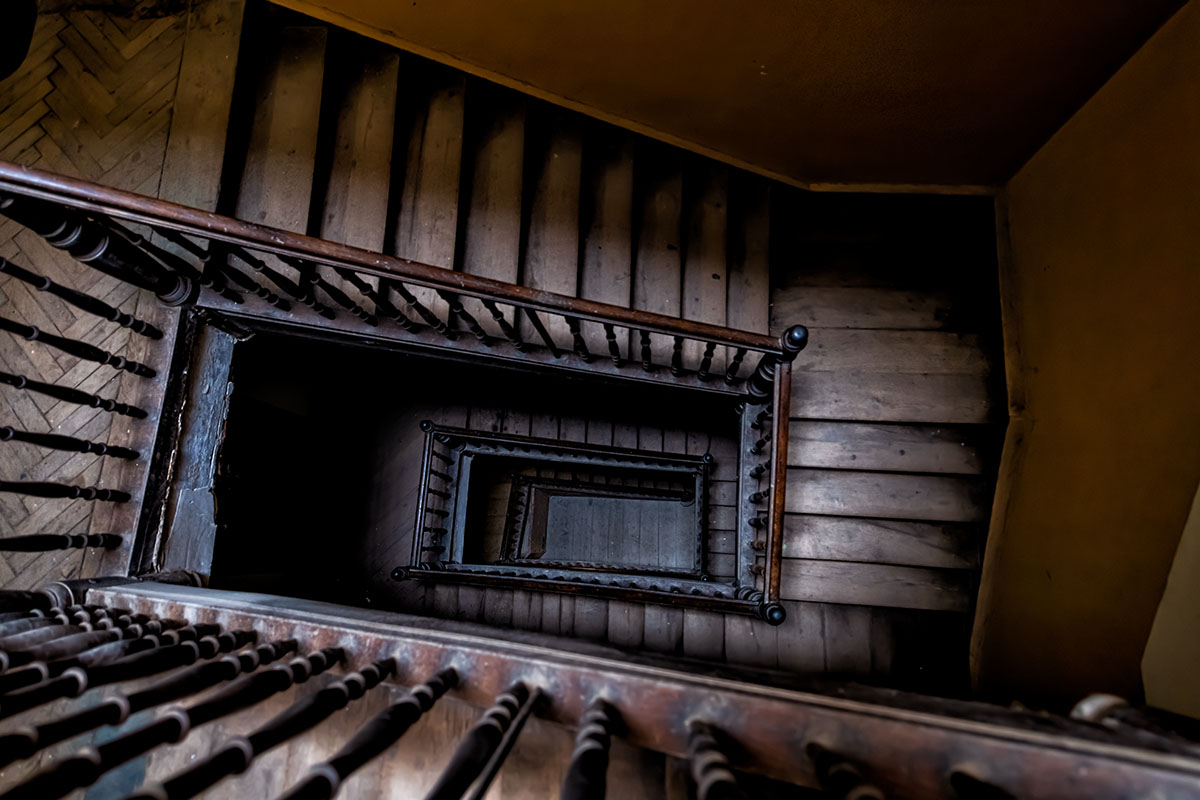 The initial design was of a seven-story mansion where every floor was laid out and built differently. Rooms were built to overlook other rooms through windows built on the insides of the house, away from any walls.

Stairs were made to the ceiling with no way up; doors were positioned to open into freefalls down two stories or more.

The construction crews followed Sarah’s every whim and made a headache-inducing maze of questionable, unsafe rooms. Sarah wasn’t just housing the spirits; she was trapping them. 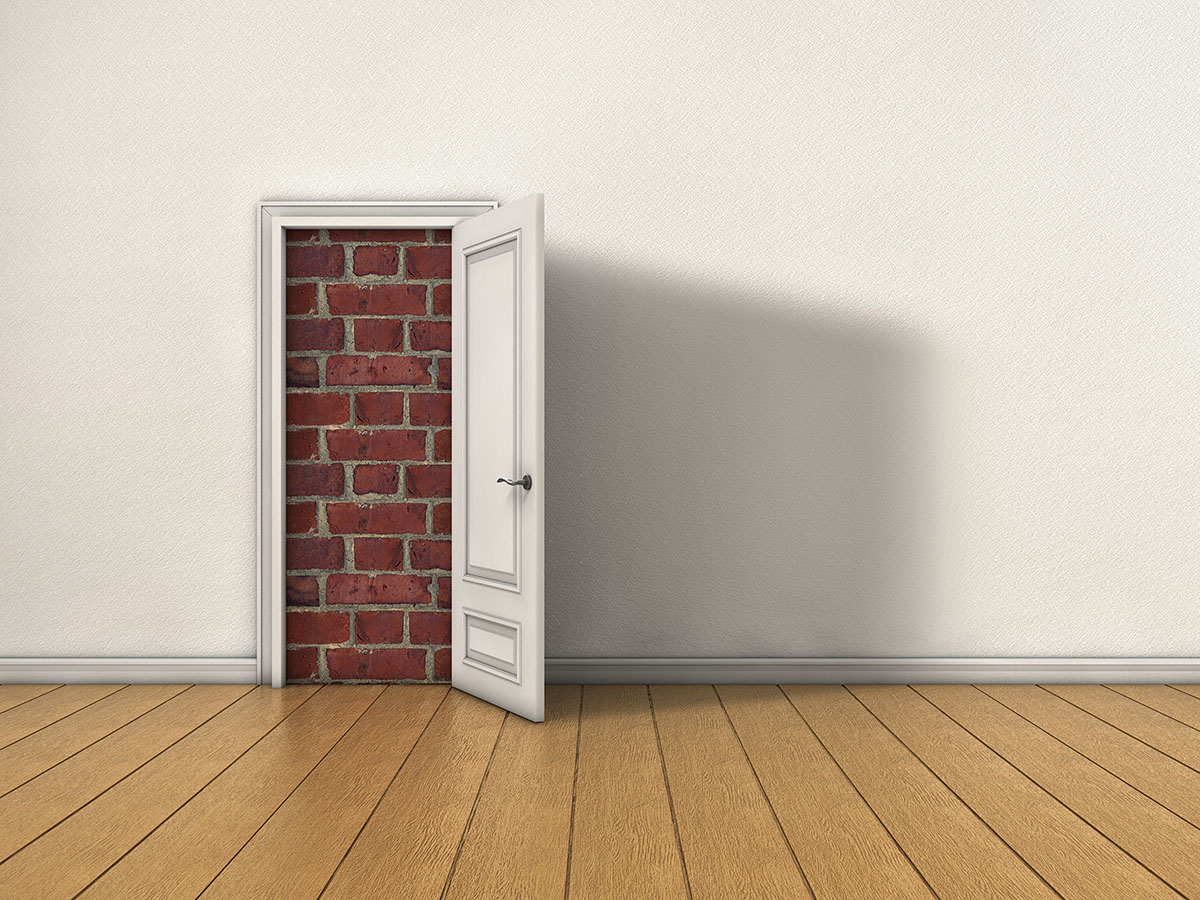 4 The Maze Of The Mind

Many of the smaller, intricate details of the maddening designs have a subtle psychological effect. Individual stairs were built taller, or shallower, than others, giving off a feeling of sinking while climbing them.

Doors leading to nothing but the brickwork of the wall behind them issue a sense of uncertainty or confusion.

Walking through the mansion in its prime state would be like wandering through a dream where everything looks and seems normal but is populated entirely by strange effects that give a sense that everything is wrong.

Bells ring in empty rooms, windows swing open and shut with no wind. All by design, whether accidental or intentional, the small effects led to the belief that the house was haunted. 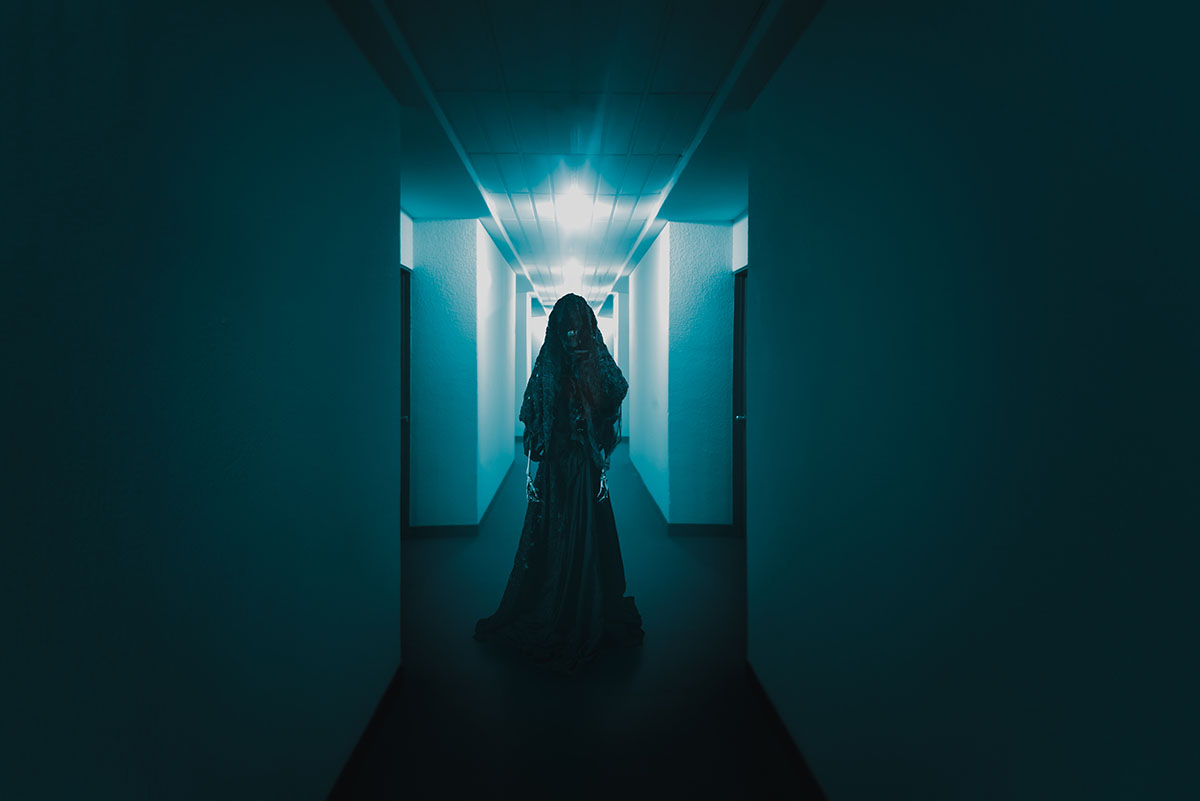 An earthquake damaged the house in 1906. It had to be reduced to four stories, and from there, Sarah had the builders go outwards.

The sprawling mega-mansion ended up with 161 rooms known, 47 fireplaces, over 10,000 windows and panes of glass, two basement levels, and three elevators, a unique rarity for the day, but despite that, only one working bathroom.

To confuse the spirits. Sarah slept in a different one of the 40 bedrooms every night to avoid encountering the doomed souls lost in her halls. 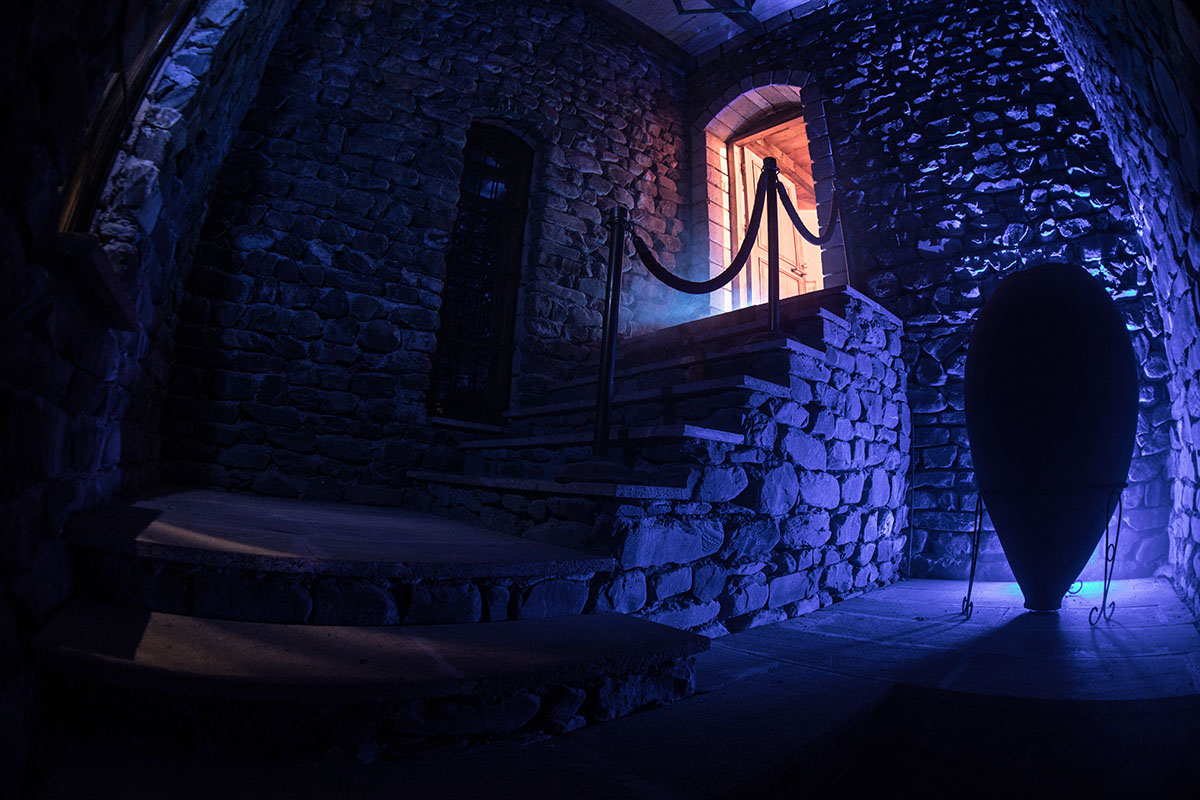 Sarah Winchester died in 1922, and the construction stopped with her. Her sister inherited all of the furnishings within, but not the house itself.

It was deemed uninhabitable by appraisers due to the lasting damage and the general design. It went to auction and was owned by John and Mayme Brown, who quickly converted it into a tourist spot.

From there, the woman’s legend spread through the country, and it became a historical landmark by the Office of Historic Preservation in 1974, all six acres of it. After 36 years of construction, it still wasn’t done being built.

The house still stands today as a tourist attraction, though the tours are still limited. There are too many places to go, and it is possible to not only get lost but get hurt in the various tricky setups that were left intentionally unfinished and dangerous.

Those who would wander into the halls unguided may vanish forever. Or, they could be the first to find a new room not yet explored, reveal a secret treasure hidden in Sarah’s madness, or they could wander right into the realm of restless spirits that are cursed to be lost in the winding mansion hallways to haunt it forever…