by Factionary 2 months ago4 weeks ago
991views

It does not take much to imagine how the wealthy and famous parts of the society lives.

Many times their daily activities and behaviors that are supposedly off-screen are in fact well-documented thanks to paparazzi and determined reporters willing to dig deep enough into celebrities’ lives.

Perhaps you don’t have to imagine at all because you can see every single detail on the Internet. Every now and then you’ll see that stardom status does not last forever.

Even the brightest stars in the entertainment industry have to realize that a lot of younger newer more promising actors, artists, singers, and personalities are always around the corner to take their spots in the limelight.

The more experienced ones eventually must take a step back and open the road for the next generation.

If they’re lucky, they would have enjoyed many years of fame; the unlucky may need to quickly make way. Celebrities take different paths when they leave the entertainment industry. Here are a few examples. 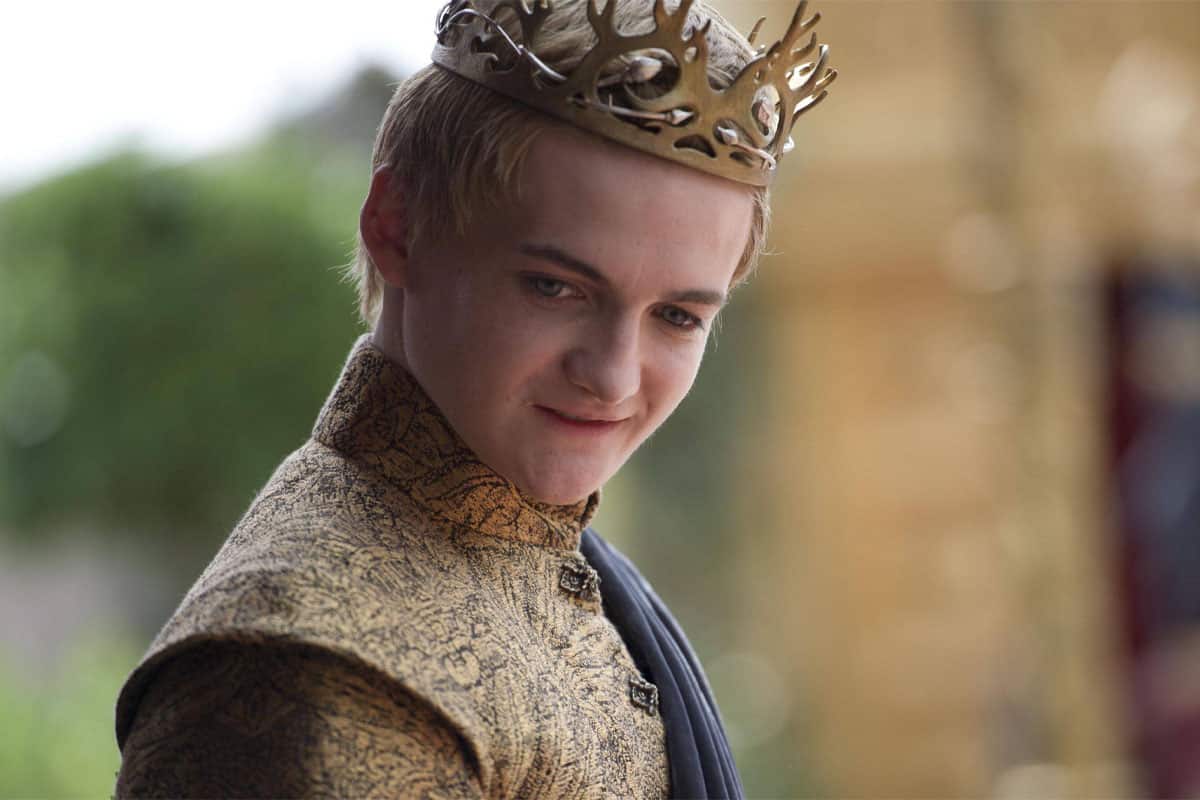 Unlike the exceedingly cruel Joffery Baratheon, real-life Jack Gleeson is an all-around a nice person.

Back in 2012, Gleeson indicated his intention to retire from acting after his character’s death in the Season 4 of Game of Thrones.

Gleeson had stated an inclination to pursue a career in academia, but later on he decided to stay in acting world, albeit at smaller scale.

He is now the founder, producer, and member of a theatre company called Collapsing Horse in Dublin. 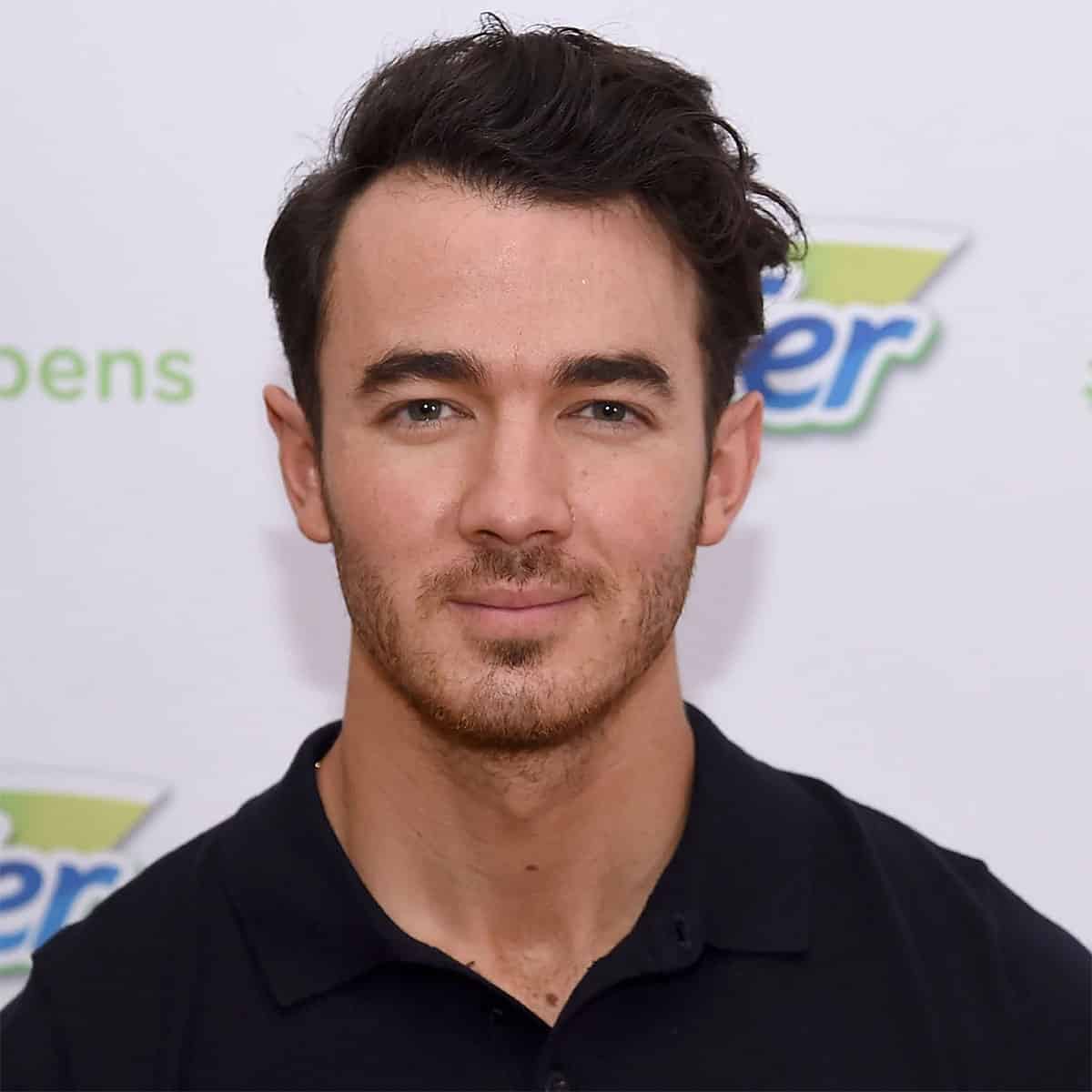 When the Jonas Brothers was on a hiatus, Nick was busy with his solo music and acting career while Joe started another band. Kevin Jonas took a different approach to keeping his mind occupied. He created an app called Yood in 2015.

This app displays nearby venues that serve certain types of food along with the Yelp’s rating for each venue. You can also see phone numbers in case you want to place an order.

In 2016, he is in partnership with an image-based social network called We Heart It. 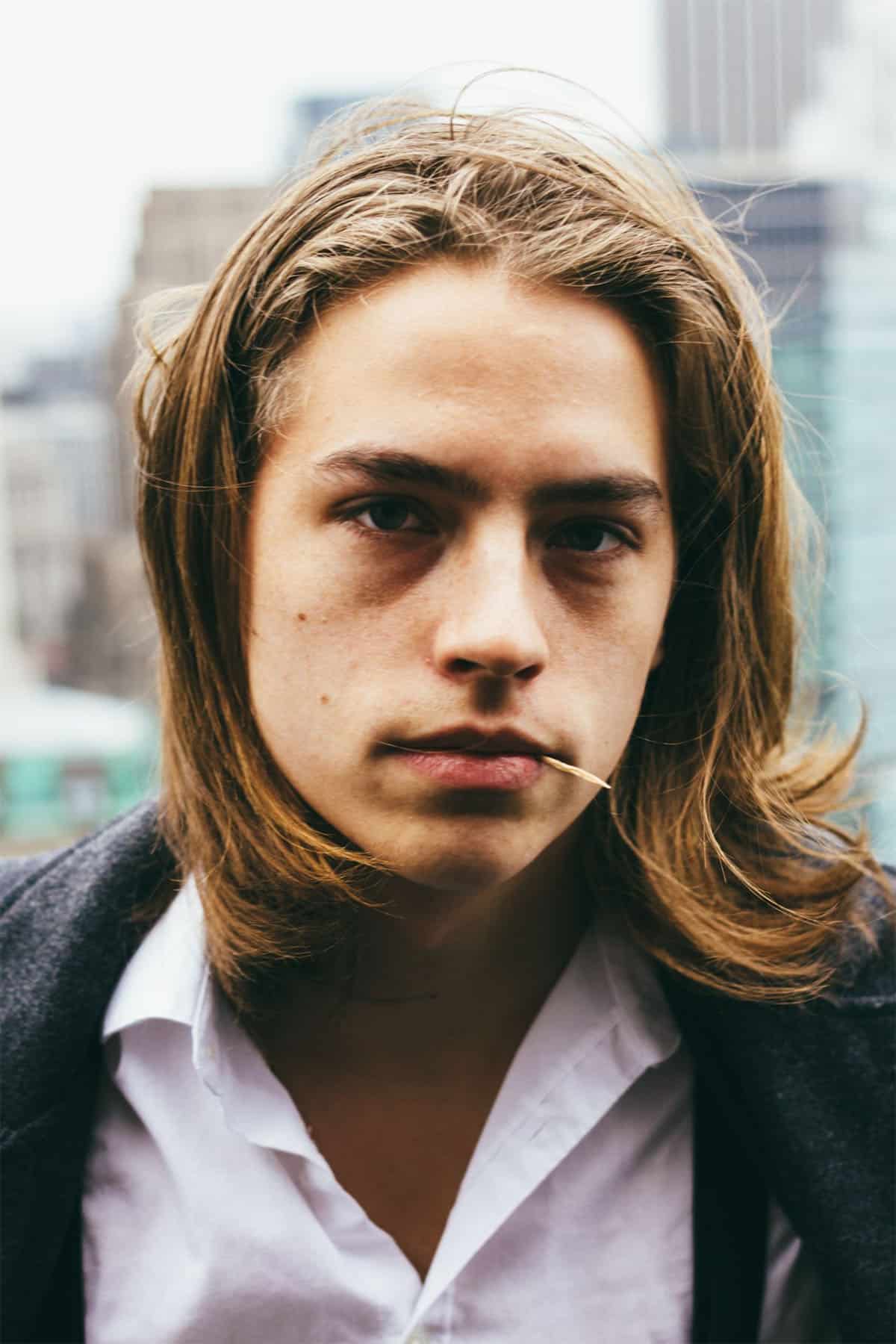 One former child actor, Dylan Sprouse, has found a creative way to move on from the bright spotlight.

He has not been on the screen for quite a while, and as it turned out he took the time to learn a new way to serve an old drink.

Not so long ago, he launched his own brewery called All-Wise Meadery in Williamsburg, Brooklyn.

Sprouse is not an actor anymore; he brews and sells mead, an ancient type of fermented alcoholic beverage better associated with Beowulf and The Lord of the Rings than with New York City’s society. 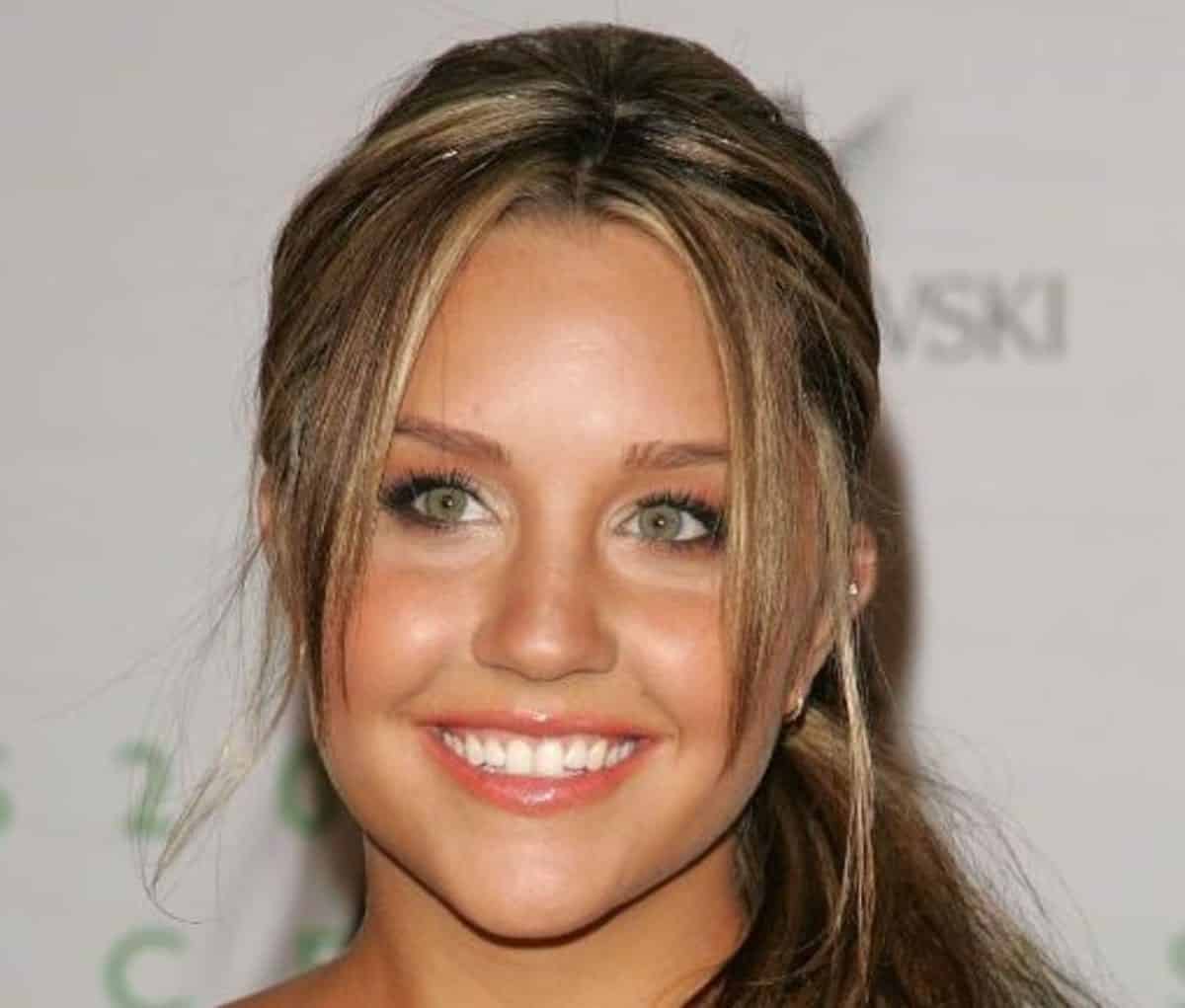 She shared the good news while having lunch in Los Angeles with an adviser from the Fashion Institute of Design & Merchandising (FIDM), her alma mater.

She made her way to fame through her works as actor on TV and movies from late 1990s to 2010, and then she seemed to disappear entirely from the screen.

More recently she announced her intention to start a fashion collection. 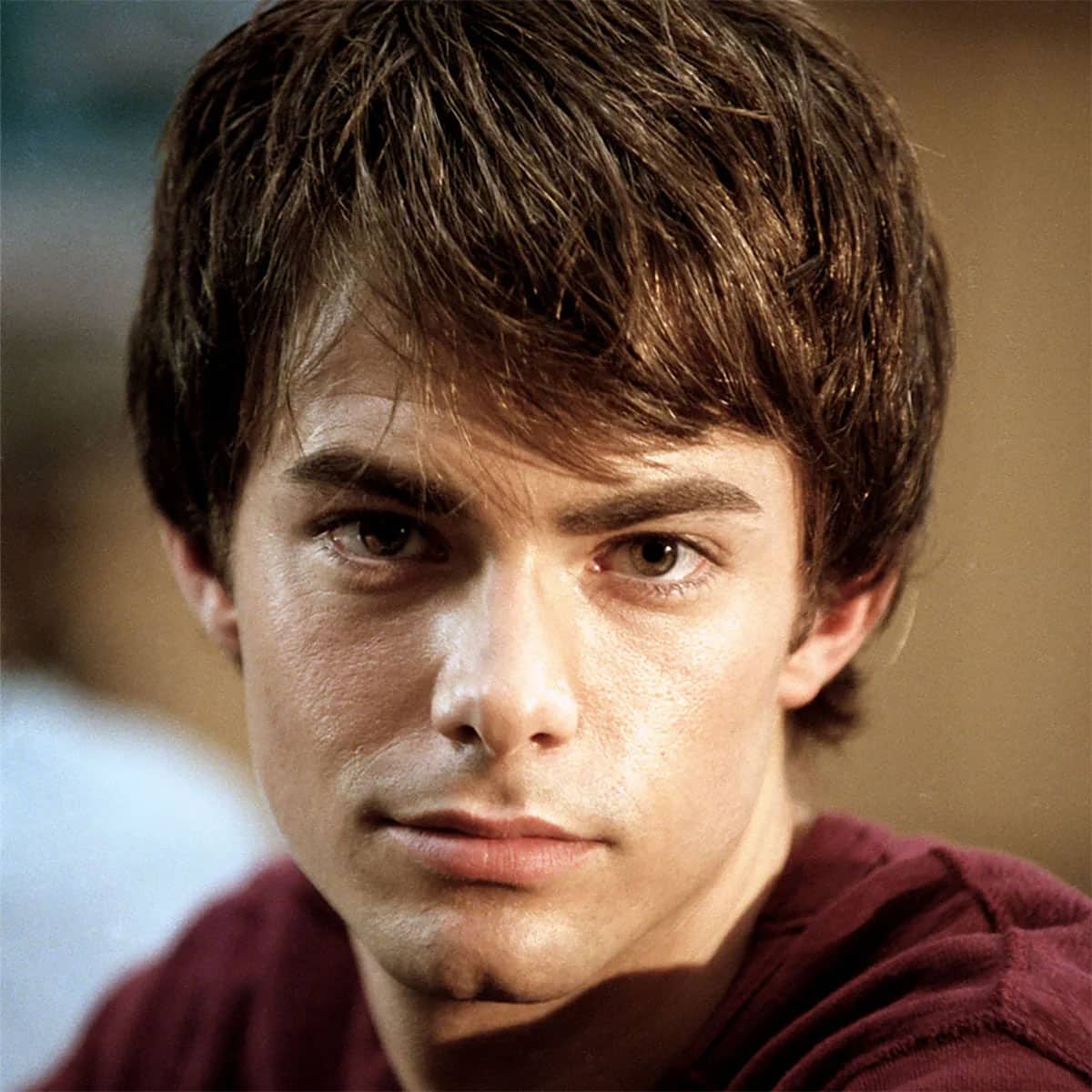 The person behind Aaron Samuels in Mean Girls is Jonathan Bennett.

When he is not acting in front of camera, he has pretty interesting gig as a cycling instructor at Flywheel in Los Angeles.

Bennett still lands various roles on TV shows, and his most recent movie is The Haunting of Sharon Tate, in which he played as Jay Sebring.

In the 2019 movie, he played alongside Hillary Duff. Having the actor lead your cycling routine can be a good motivation to start getting those muscles on your thighs properly built. 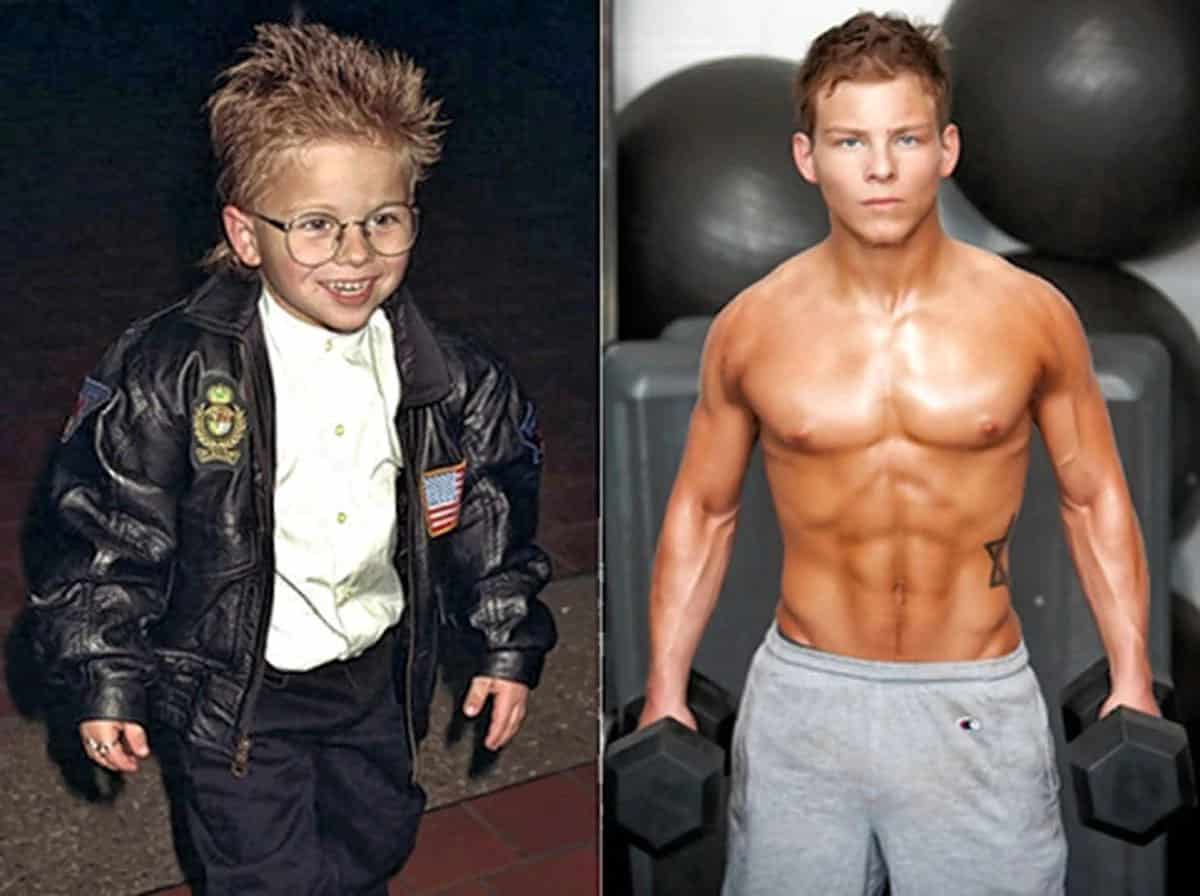 You first met with Jonathan Lipnicki when he played the role of Ray Boyd in Jerry Maguire alongside big names such as Tom Cruise and Renee Zellweger.

The movie was an instant hit, earning Lipnicki a Young Artist Award for Best Performance in a Feature Film – Actor Age Ten or Under.

Although the actor is not particularly under the limelight, he continues to play in smaller films. In between the acting gigs, Lipnicki takes the time to work his kick boxing and Brazilian jiu-jitsu skills. 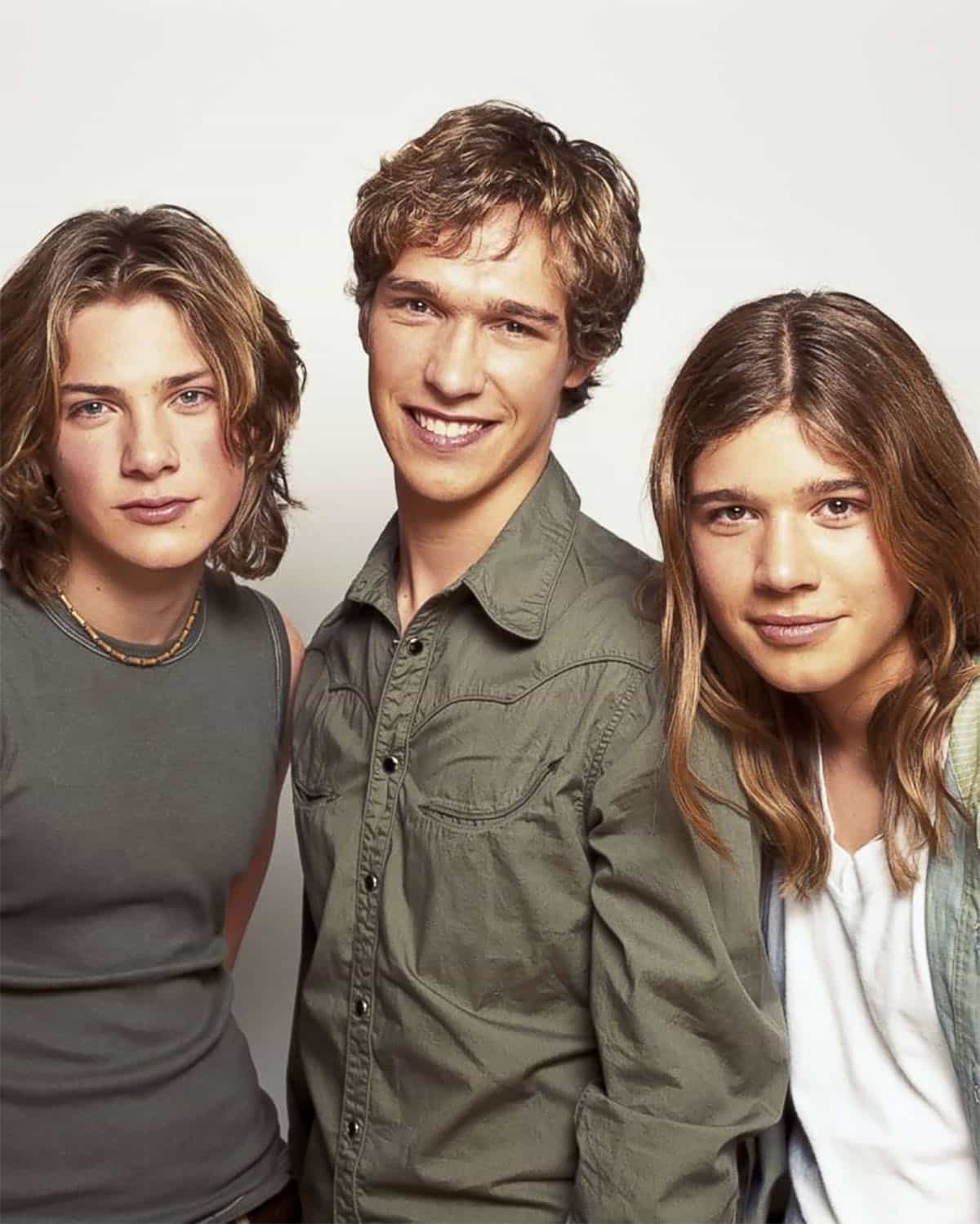 The “MMMBop” trio first started performing together as a band in 1992. The three brothers have been making music since then, although they are not as popular as they used to be.

They even started their record label and more importantly beer company.

They call their beer “MmmHops” which sounds pretty catchy indeed.

They describe it as a delicious Pale Ale with unique toasted malt signature and refreshing hoppy finish. Whether or not they made an accurate description is for you to judge. 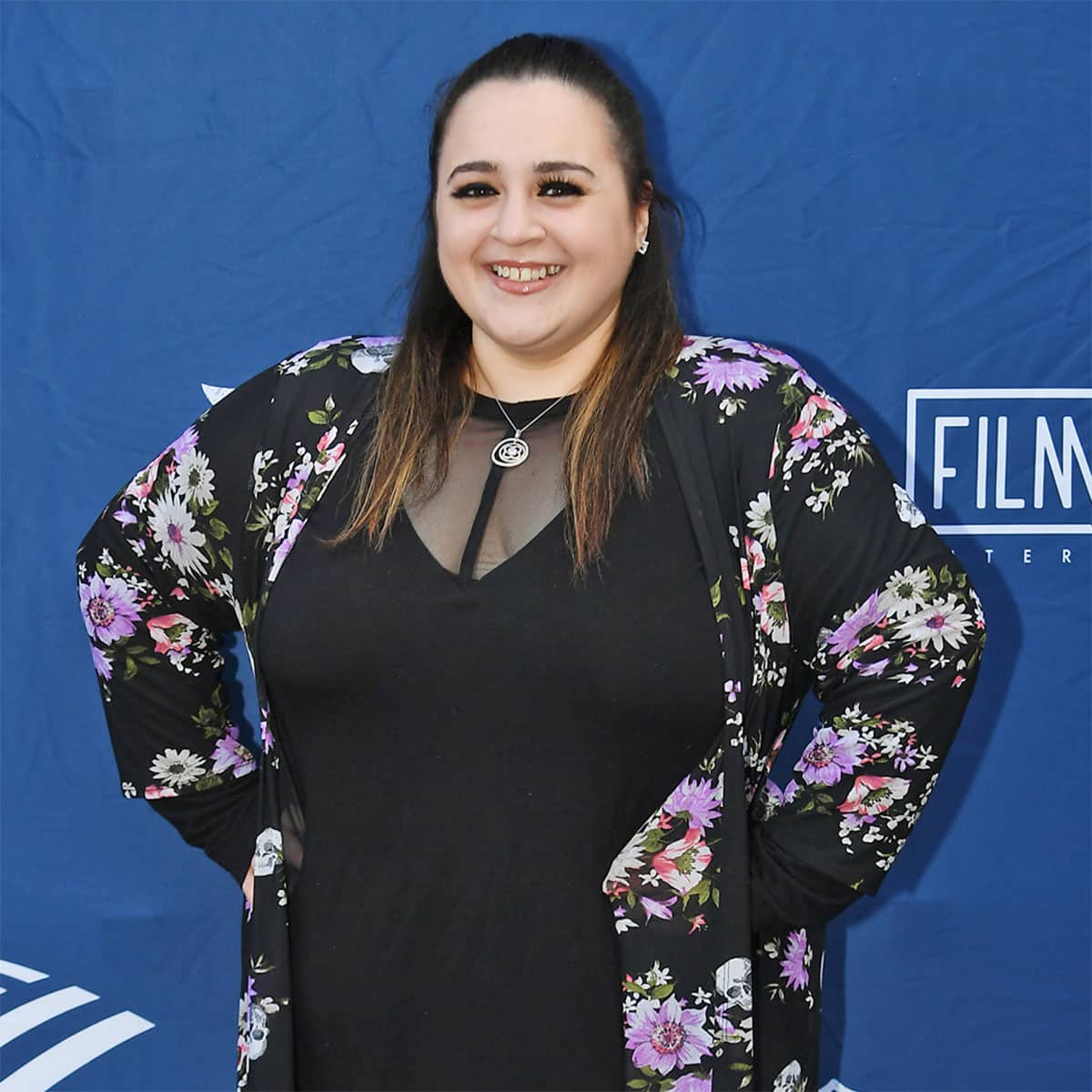 The person behind Tracy Turnblad character in a 2007 blockbuster Hairspray is Nikki Blonsky.

With plucky personality and attention grabbing dance-moves, Blonsky created a long-lasting impression of her characteristics in the entertainment industry, for better or worse.

When on hiatus in 2011, she started working part-time at a beauty parlor in Long Island, New York as makeup artist.

She proudly said that she had nothing to be ashamed of in the profession as it helped pay the bills.

Since then, she landed smaller parts in various TV shows and movies. 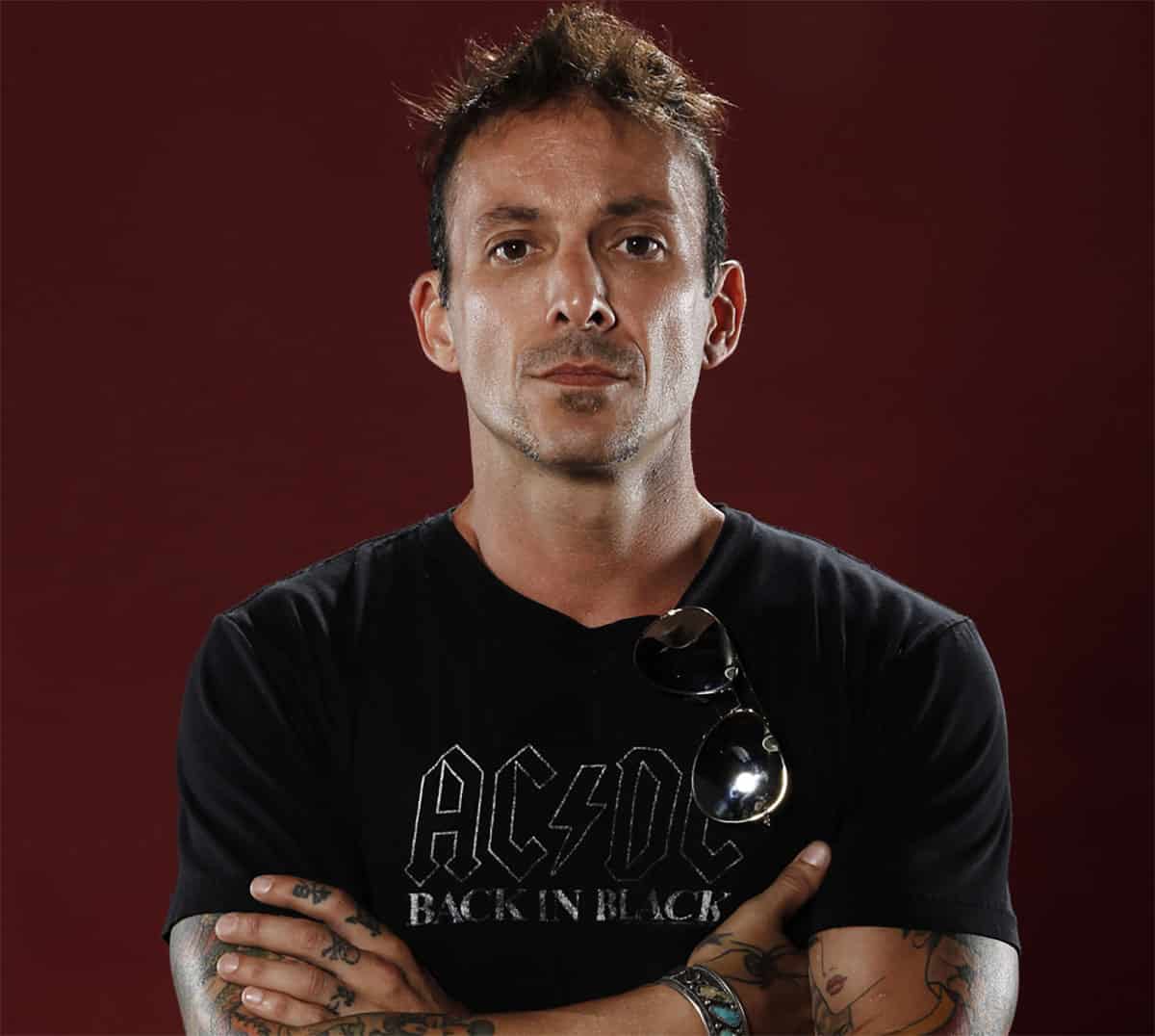 The NeverEnding Story is a 1984 fantasy film adapted from Michael Ende’s novel about a boy on a quest to save the world of Fantasia from destruction.

It was commercially successful, grossing $100 million worldwide. The movie also marked the pinnacle of Noah Hathaway’s acting career at the age of 12.

In an interview in 2015, Hathaway said that he came to the point where he wanted to distance himself from the spotlight.

Stepping away from the entertainment industry, he had an interesting series of career. He has been a tattoo artist, martial arts trainer, racer, motorcycle builder, dancer, and mortgage broker. 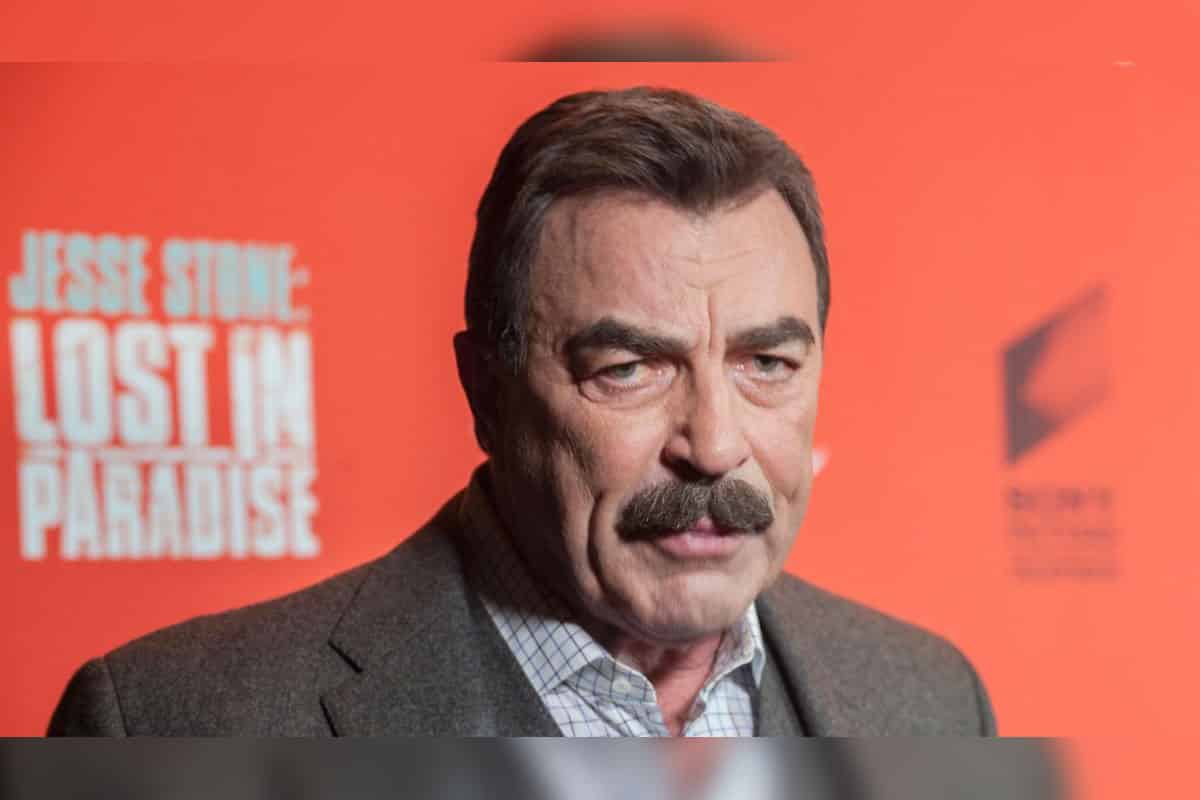 Known for his seemingly unbreakable habit of keeping a mustache and portraying a crime-fighting professional on TV, Tom Selleck also has prepared an interesting idea when finally takes a break from acting career.

Considering he is now 75 years old, no one will blame him for it.

His idea of spending retirement days is getting busy on an avocado farm with his wife.

Selleck and his family lives in California on a 60-acre avocado ranch formerly owned by Dean Martin.