by Factionary 9 months ago1 month ago
52.6Kviews

MS-13 is another name for a gang known as Mara Salvatrucha. This gang is arguably one of the most dangerous gangs on Earth due to their destructive and malevolent ways.

The motto of MS-13 is “kill, r*pe, control.” The motto of this terrifying group shows gives you an idea of what they’re best known for, creating terror and horror. No individual or organization that’s familiar with Mara Salvatrucha would ever want to wind up on their bad side.

Mara Salvatrucha’s crime activities don’t go unnoticed by federal agencies. There have only been a few occasions where authorities were able make an arrest.

However, their rate of expansion amongst several other factors that will be discussed later on makes them quite difficult to pinpoint. They’re a terror to opposite gangs and anyone else who is unlucky enough to find themselves in MS-13’s way.

The gang was formed by a group of immigrants from El Salvador who came to seek refuge in the United States during the 1980s. No one had a clue that those living in the United States and its neighboring countries would soon end up seeking refuge themselves due to their menacing ways.

They’re known for bringing terror to both the innocent and guilty. Their malicious activities are known all over Northern, Southern, and Central America.

MS-13 ranks high amongst gang federal agencies, who are doing everything in their power to put a stop to MS-13. These criminals who have tattoos on the majority of their bodies are friends to no one. They also take part in several strange practices that will either weird you out or leave you horrified.

Here are 10 things most people don’t about MS-13, the most dangerous gang in the world. 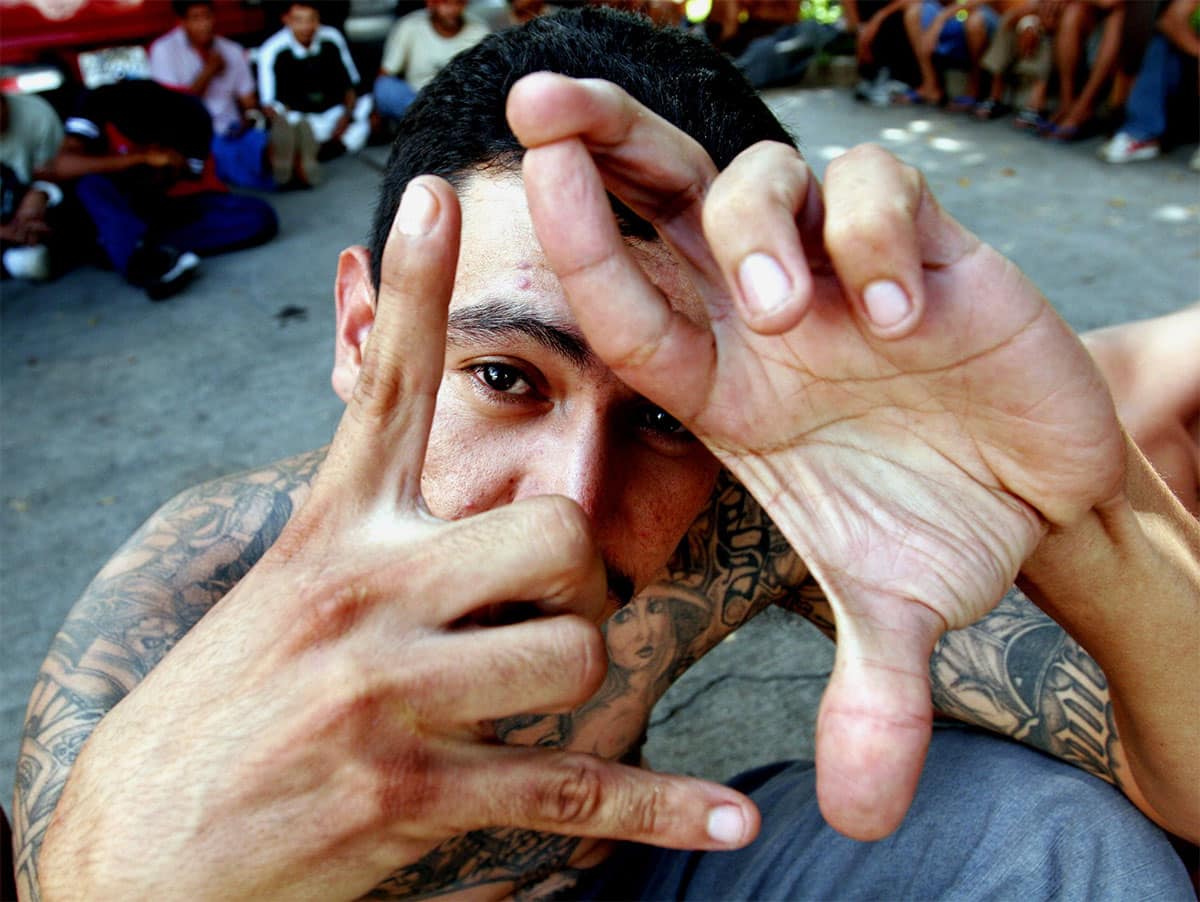 10 MS-13 Was Formed To Protect Themselves From Other Gangs

People often say that when you can’t beat them, join them. However, when it comes to MS-13, they came together with the hopes of becoming an unstoppable force when up against other gangs. They weren’t new to violence due to their civil war background.

Hence, when they came to the United States, they took violence and aggression into Los Angeles like a duck to water. Their ruthless approach to crime was seemingly too much for any existing gang in the Los Angeles area to handle.

They’ve witnessed many of the Mexican gangs in the state who didn’t take nicely to them. They responded by showing other Mexican gangs exactly what they’re made of. They proved themselves as one of the toughest, if not the toughest gang around and rose to up become top dogs within the world of crime.

Their antics were so malevolent and conspicuous that MS-13 became a household name in Los Angeles. They’re not only a terror to anyone involved in the Mexican gang, but also to anyone who lives anywhere near them. 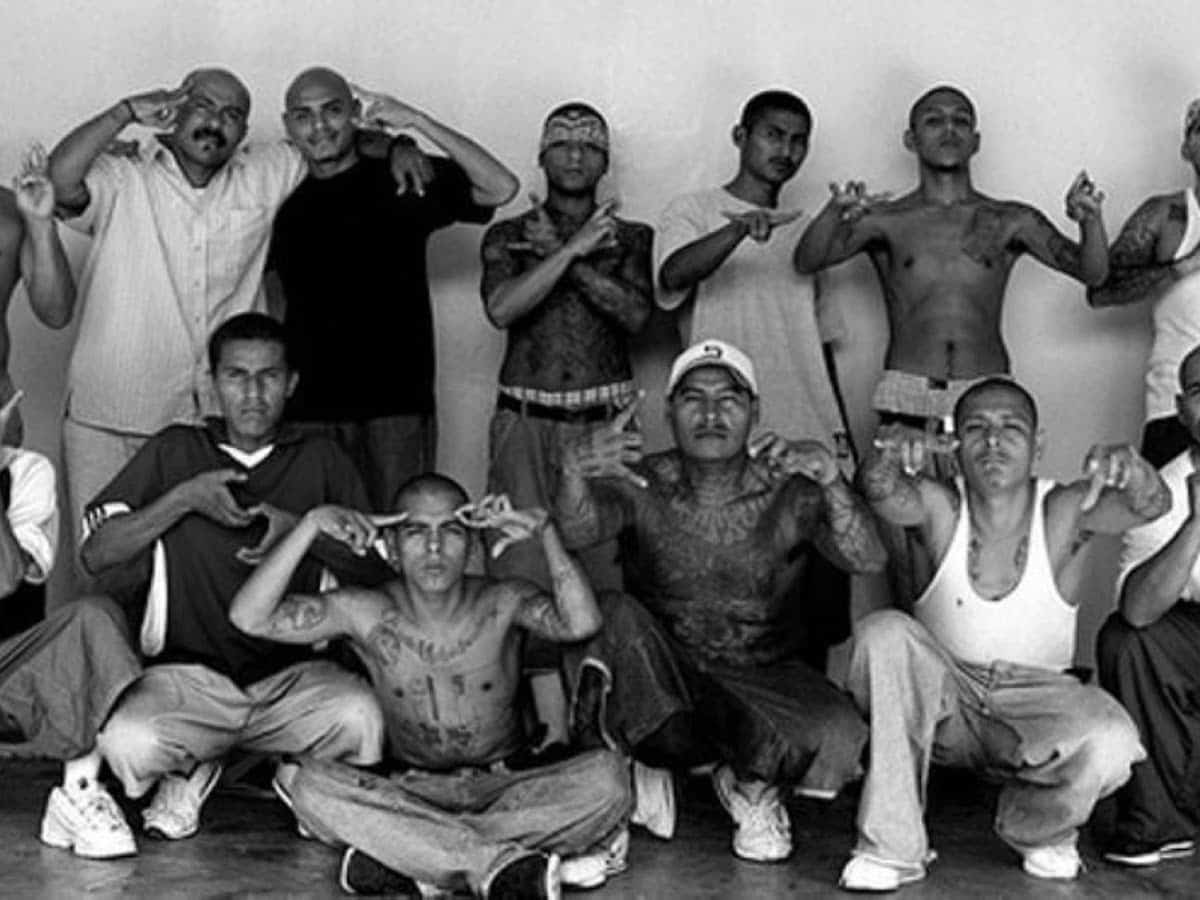 9 They Have 50,000 Members In 42 States In The United States And Other Countries

For a number of odd reasons, this group is increasing in size and recruiting new members. It sounds unreasonable or unthinkable to most, but there are those who would rather lead a life of crime than make their living through an honest mean.

Their current membership stands at around 50,000 people in 42 states throughout the United States and other nations worldwide. We aren’t making this up. The source of this information is directly from the FBI.

We know you wishing what you just read wasn’t true, but when facing the facts, it is. This is why because conscious of your surroundings should always be a must, rather than assuming there isn’t any member of the Mara Salvatrucha living in your neighborhood.

It’s scary to imagine that 50,000 of these terrifying gang members are roaming freely. However, it isn’t an imaginary, and indeed a fact that is hard to find any comfort in. 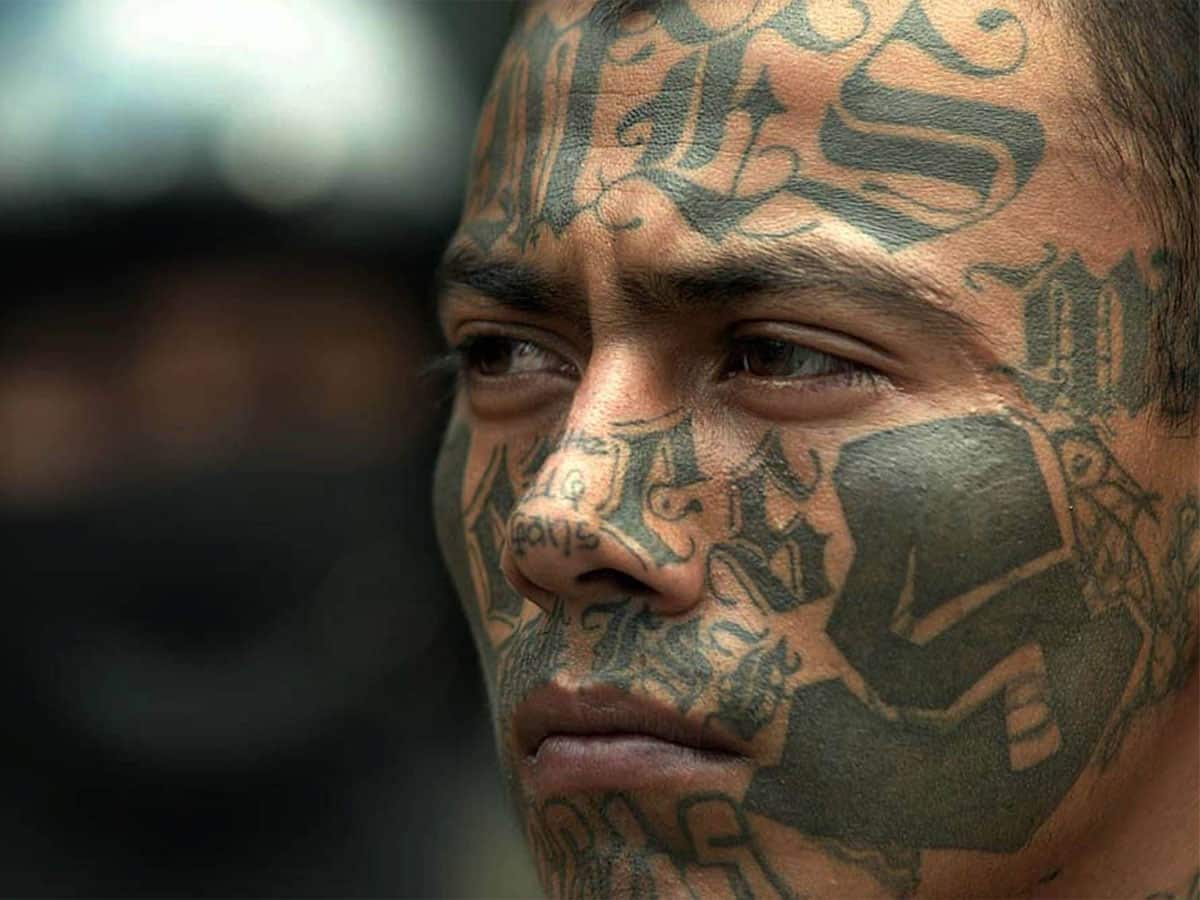 8 They're Phasing Out Of Face Tattoos To Avoid Identification

Criminals are smart, but in all the wrong ways. They are evolving in their operations and getting more sophisticated by the day. Come to think of it, if you see someone with tattoos all over their face, more than likely you will believe they’re up to no good.

However, if you see this man wearing a tuxedo, you may even mistake him for a clergy. Scary right? MS-13 has begun straying away from facial tattoos, due to the fact they’re easily identified and looked at as a suspect involved in one crime or another.

Therefore, since the gang is now global, they’re putting a premium on “professionalism.” Part of their next move towards professionalism is to avoid tattoos.

They encourage members of MS-13 to stay away from tattoos in order to make ease of their operations and avoid any suspicion. Making it even harder to rid this gang from the world because identifying them is no longer so easy. 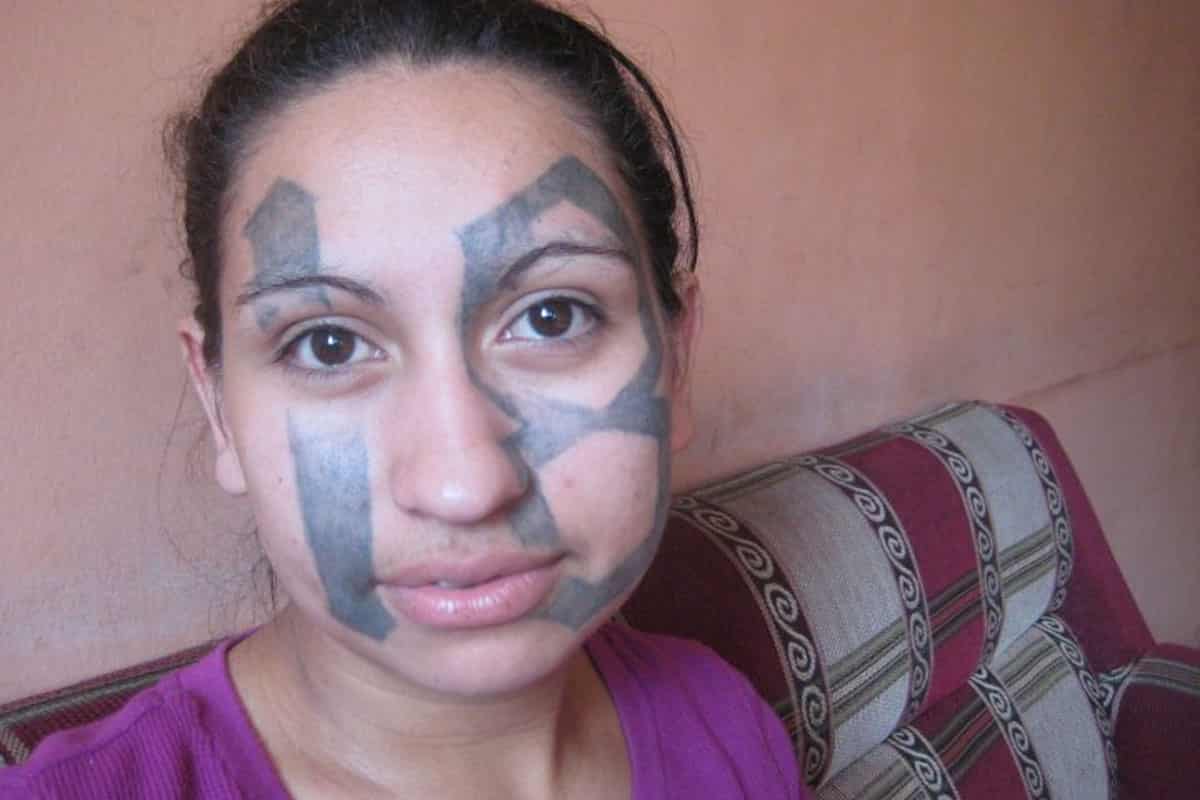 It sounds unimaginable that any woman would want to join MS-13, especially due to their terrifying motto. However, there are members of the gang who are in fact women. It’s hard to imagine, but it’s true. 20% of MS-13’s members surprisingly consist of women.

The main job of women in Mara Salvatrucha is to assist in smuggling hard drugs. The gang usually beats men who join the group. However, if a woman wants to join the group, she will have to sleep with every last man in the gang.

It’s truly awful that gangs like this exist, but that’s the way MS-13 goes about their activities. However, when it comes to the price for leaving the gang, there is no gender discrimination. Whether you’re male or female, they will kill you if you decide to one day up and leave. They don’t want anyone who has joined to leave this group to ever depart, no matter the circumstances. 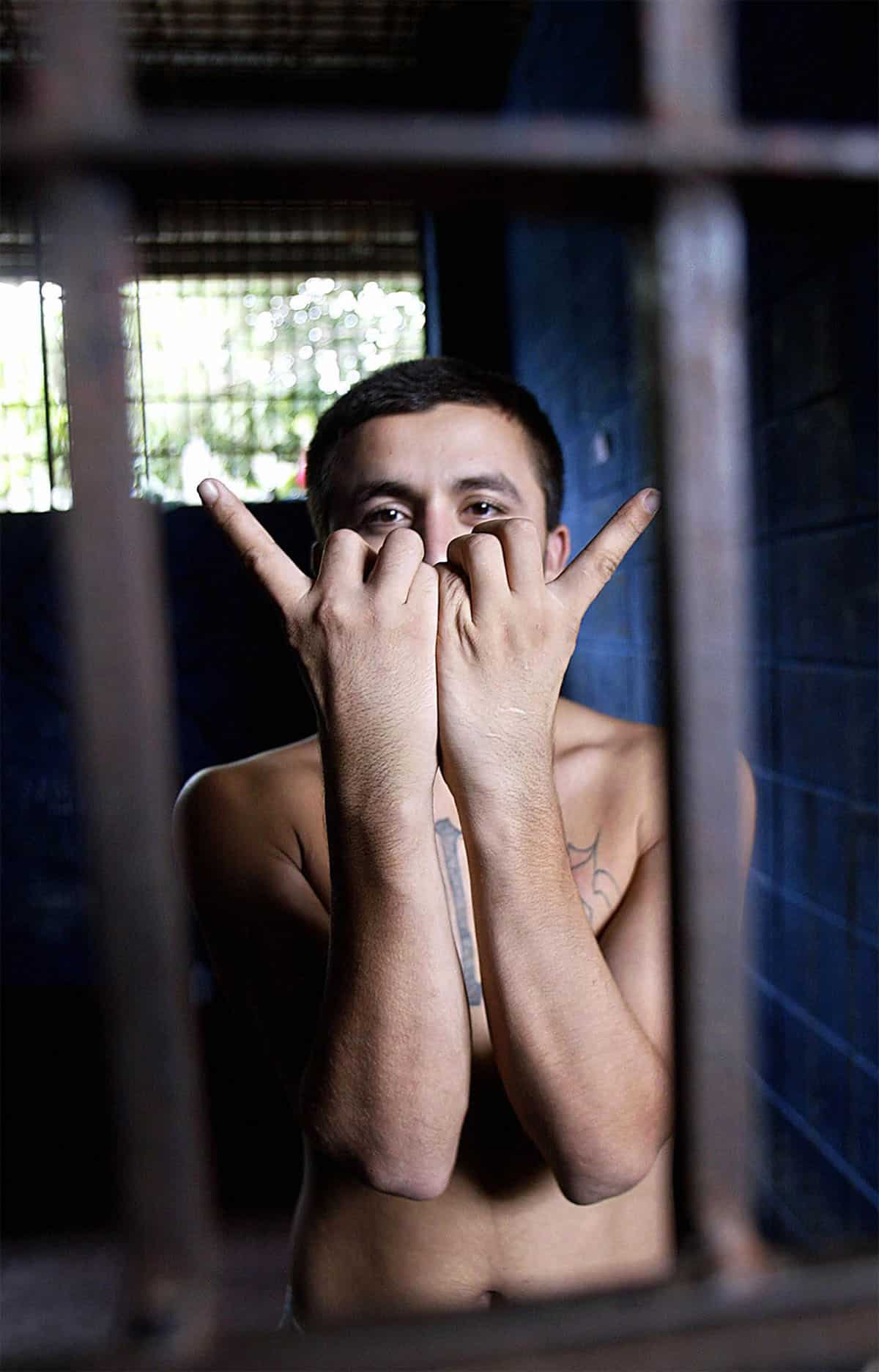 6 They Won't Forgive You If You Rat

The adage that says “snitches get stitches” is taken to another level by MS-13. If you snitch on them, you’ll definitely wind up with more than just snitches, you may pay dearly with your life. Such was the case of Brenda Paz who joined the group as a teenager.

Poor Brenda left the group and testified against them in a murder trial. She was then put into a witness protection program to save her from the terror of the agonizing and horrific gang.

However, out of boredom or curiosity, she left to hang out with her friends. Brenda was not so lucky as her dead body was later found beside a river.

Brenda made the first mistake of initially joining the gang and eventually made the second and fatal mistake of leaving the protection program she was placed in. Her story is a tragic, yet typical example of how ruthless MS-13 can be if crossed. They show no mercy. 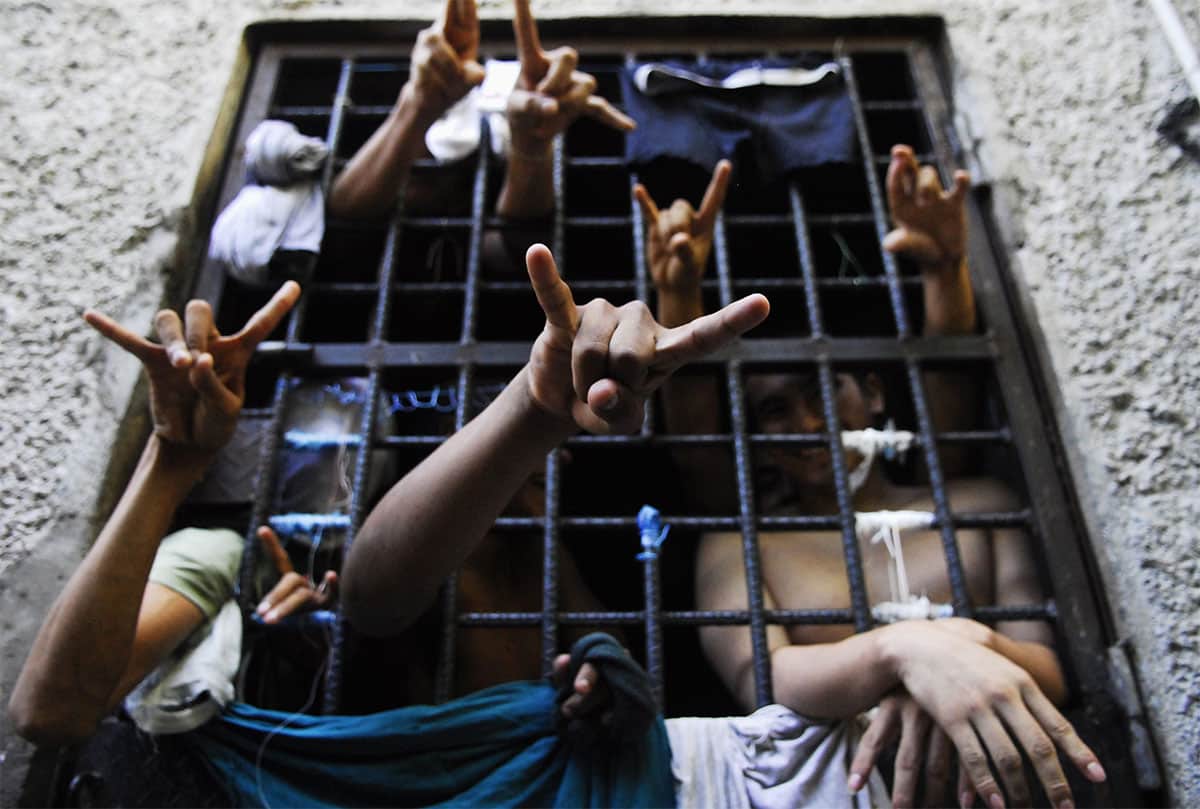 5 They Have Their Own Personal Prison

The fact that this gang has its own prison shows how organized they are in their approach to crime. However, some members of MS-13 have already been imprisoned previously. Making them ex-convicts.

The gang punishes offenders in a peculiar way, by putting them into their own prison. There are no guards in the prison because the gang has eliminated them.

The prison was designed to house 800 inmates but there are close to 3,000 prisoners who live there. The guards of the prison are the Salvadoran army. All of the inmates are members of the gang who are serving jail terms for committing various light offenses against the group.

Inmates in the prison have various jobs such as cooking, nursing, and carpeting. It’s far from comfortable living in MS-13’s prison, but those imprisoned are just grateful that they’ve been given a chance to keep their lives. Stay away from this gang at all costs. 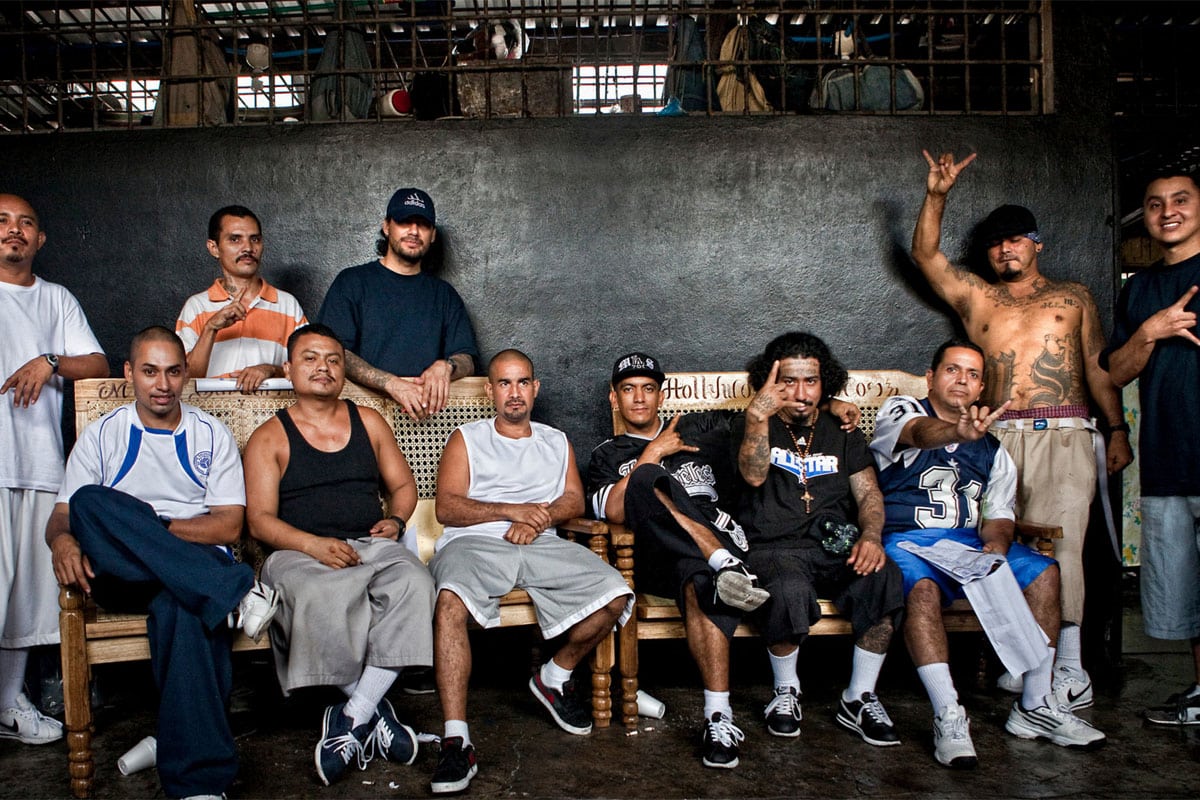 4 Many Are So Violent Because They're Trained In War

The violence pursued by members of MS-13 can be traced back to when a majority of them were trained for warfare. Many of them fought in the civil war for their homeland before migrating to the United States Giving a clear reason for their aggression and malevolent behavior.

The violence in the United States merely child’s play when compared to what they’ve had to face in their home country. Many members of MS-13 were already used to killing people before they even stepped foot on United States soil. As a result, they were much more of a threat than other gangs who terrorize Los Angeles. They only rules they play by are their own.

They are considered to be one of the toughest gangs inside at and out of the United States. A lot of them are battle-ready and just waiting to wreak havoc. The level of alertness they’ve been under due to war, makes them ready for any occasion or challenge existing in the underworld. 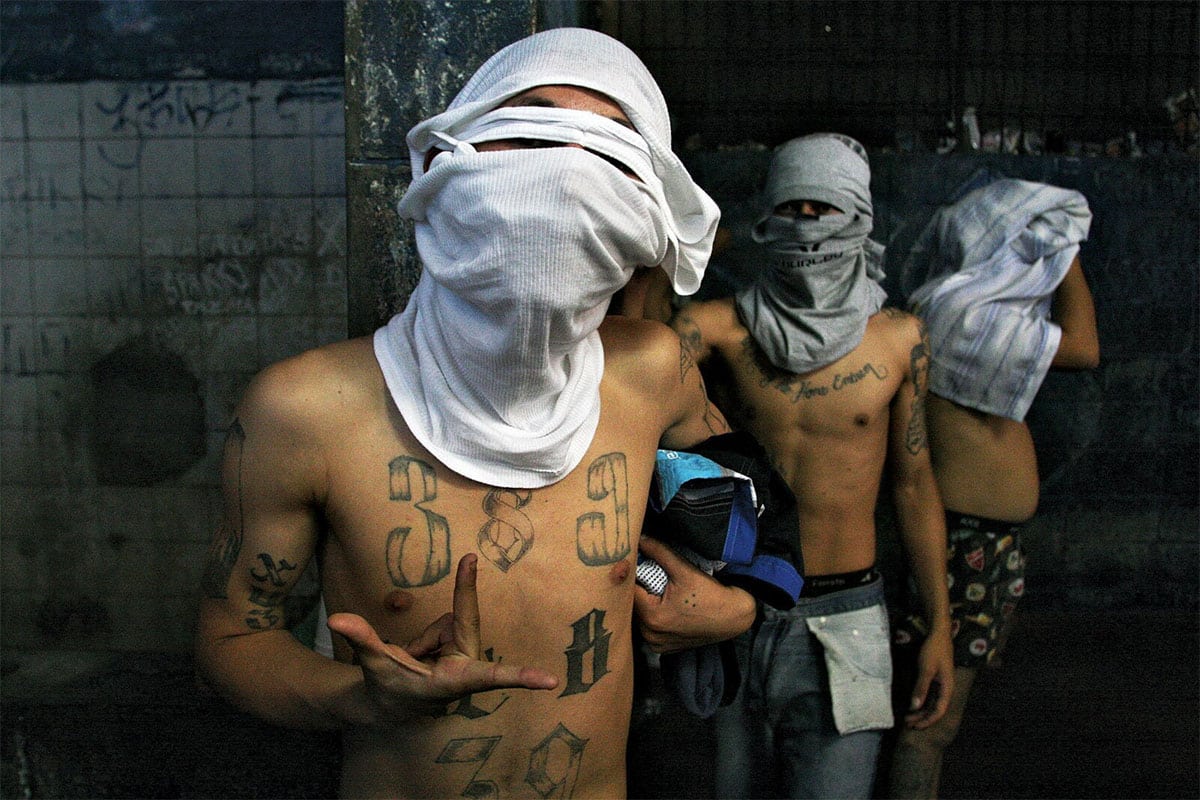 It’s hard to believe that we’re speaking about 16 humans who were slaughtered every day for an entire month. It was truly a tragedy like none other. However, that’s how violent things can get with such a heartless gang.

A group in El Salvador called Barrio-18 once crossed paths with MS-13 and it wasn’t pretty. It’s quite obvious that no one would ever want to imagine having a fight with Mara Salvatrucha. However, gang members of Barrio-18 crossed swords with MS-13 in a heated and bloody prolonged confrontation.

The rivalry went on for a month. For every day of the month, 16 people lost their lives. And for any family involved, this is truly heartbreaking to see, gang or not. Now, the question is, were they deliberately killing that particular number of people per day? Sadly, this isn’t the easiest question to answer. The two groups eventually called a truce, but not until after spilling a lot of blood. 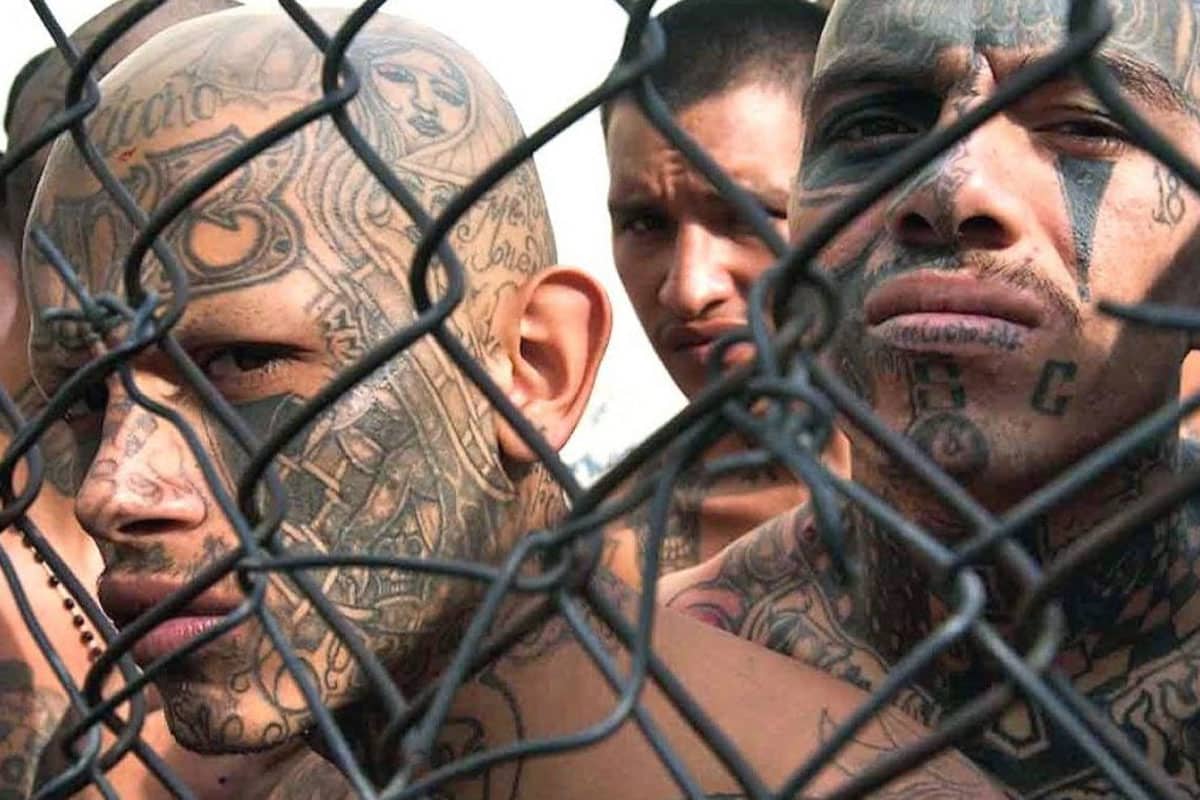 2 The Gang Became International Through Deportation

This gang has an affinity for turning disadvantages into opportunities. Some members of the gang committed so many crimes throughout the United States that they were deported back to their home country. Unfortunately,MS-13 used this to their advantage. The group only became stronger, as those that were sent back home became international.

Over 20,000 members of MS-13 were deported by the United States government and formed different Mara Salvatrucha branches all around the world. They reunited in the countries where they were deported to form various branches of the fearsome gang.

They continued carrying out their malicious activities at home thereby, only making MS-13 that much stronger. Therefore, the intentions the government initially had of reducing the gang’s overall presence, unfortunately only increased their size. 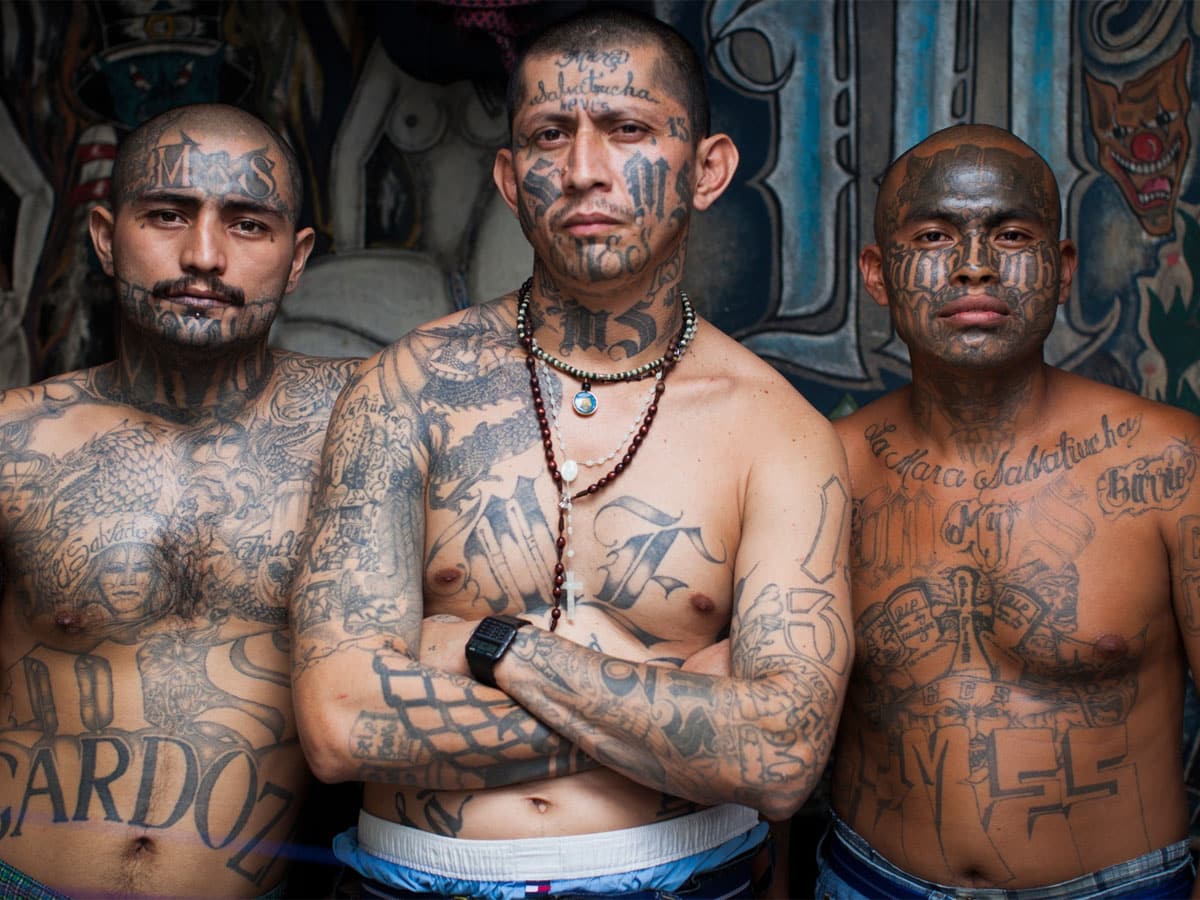 1 Their Initiation Rituals Are Brutal

The initiation ceremony of MS-13 is brutal. They need to be sure that you are up for whatever task they may throw at you before you’re initiated as a member of the gang. Why would anyone want to join these guys? Well, those who join feel like they don’t have much of a choice.

To join MS-13, you have to murder a member of a rival gang. However, that in itself is still not enough. The group has its own “democracy system.” Members of MS-13 then vote in order to decide whether or not you should be accepted.

After voting, you still may not be accepted into MS-13. While slowly counting to 13, they will all have a go at beating a potential member of Mara Salvatrucha.

If you can’t withstand this level of brutality, MS-13 won’t consider you a good fit for the gang. So even after taking out a member of a rival gang there is a chance you won’t qualify. Not that any sane man would attempt joining.