by Factionary 4 weeks ago4 days ago
0197views

Lonnie David Franklin Jr. was an American serial killer responsible for at least ten murders and one attempted murder in Los Angeles, California, from 1995 to 2007.

He was convicted for rape and sexual violence too. All his confirmed victims were young black women who lived in Los Angeles and had drug addiction problems; many were prostitutes.

After every murder, Franklin would dumb victim’s naked or partially clothed body in alleyways, usually in less maintained neighborhoods, under debris and garbage.

Victims were either shot using a .25-caliber pistol or strangled to death or both.

The U.S. history remembers him better as the “Grim Sleeper,” a nickname coined by L.A. Weekly following the discovery of a victim in 2007 linked to a string of murders in the 1980s.

It was revealed that the same person was responsible for ten unsolved murder cases in Los Angeles, the first of which happened in 1985.

The killer took a long hiatus after a 1988 murder before he resumed the killing spree in 2002. The police arrested the suspected serial killer, Lonnie David Franklin Jr., on July 7, 2010.

He was ultimately found guilty of ten murders and sentenced to death for each. He was never executed; he died while awaiting execution. 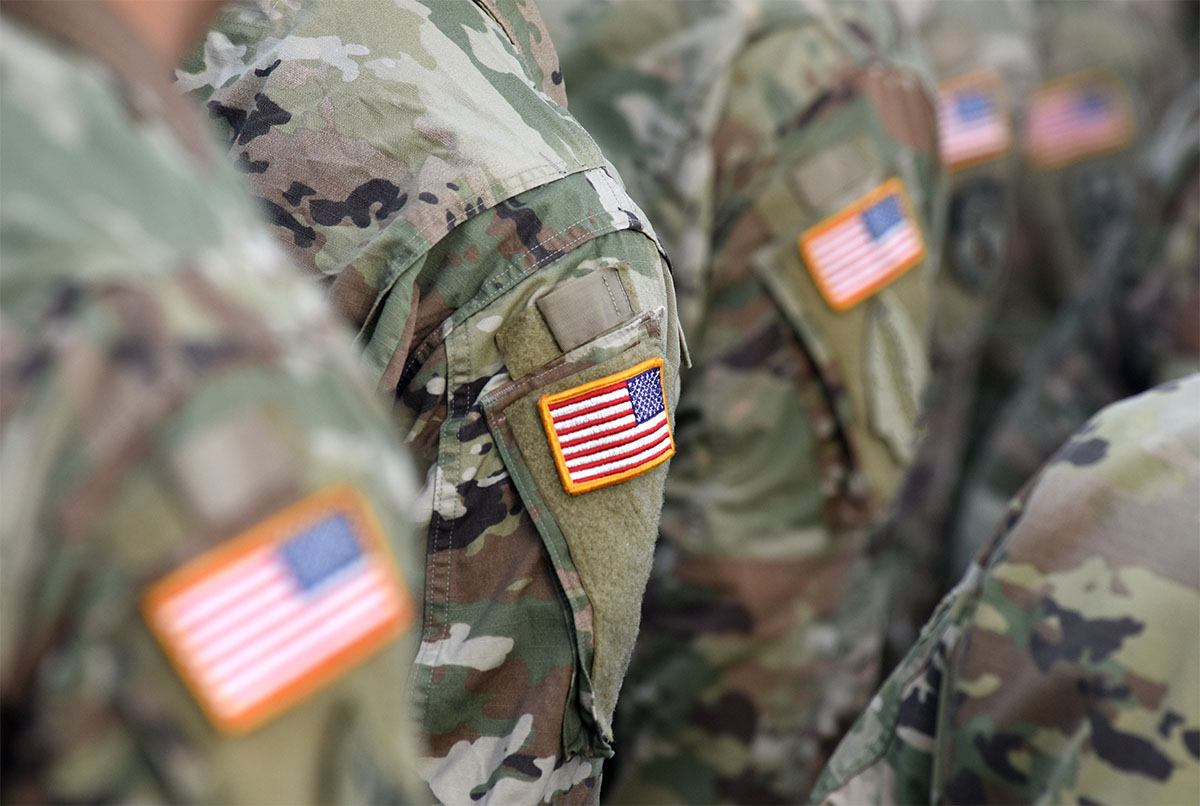 Franklin worked as a garage attendant at an LAPD station and as a city trash collector in Los Angeles. He also was a former corporal in the United States Army.

While on active duty, he and two other servicemen were convicted of gang-raping a 17-year-old girl in Stuttgart, Germany.

Franklin served less than one year in prison. Following his release, he was dishonorably discharged from the U.S. Army on July 24, 1975.

His criminal history included convictions for charges of assault and misdemeanor battery. Franklin also served jail time for one (of two) charges of theft.

During the murder trial, prosecutors painted Franklin as a sexual predator. According to prosecutors, his crimes were all about getting the sensation of power and control; he killed those women because they weren’t submissive enough to him.

On the other hand, the victims were described as mothers, daughters, and sisters with frailties, therefore especially vulnerable to someone who knew the streets and alleys of Los Angeles like the back of his hand.

Deputy District Attorney Beth Silverman said that the defendant enjoyed the killing and wanted to degrade the victims by dumping their dead bodies like trash.

8 Unlike A Serial Killer

At the time of his arrest in 2010, Franklin had been married for 32 years. The police arrested him as he walked out of the green home where he lived with his wife.

Some neighbors described Franklin as a friendly person. He often spent time working on cars in his front yard and enjoyed having a passerby conversation.

Because over 80% of serial killers are white, Franklin did not fit the typical profile between the ages of 20 and 30. He was a black man; he committed his first known murder at the age of 32. 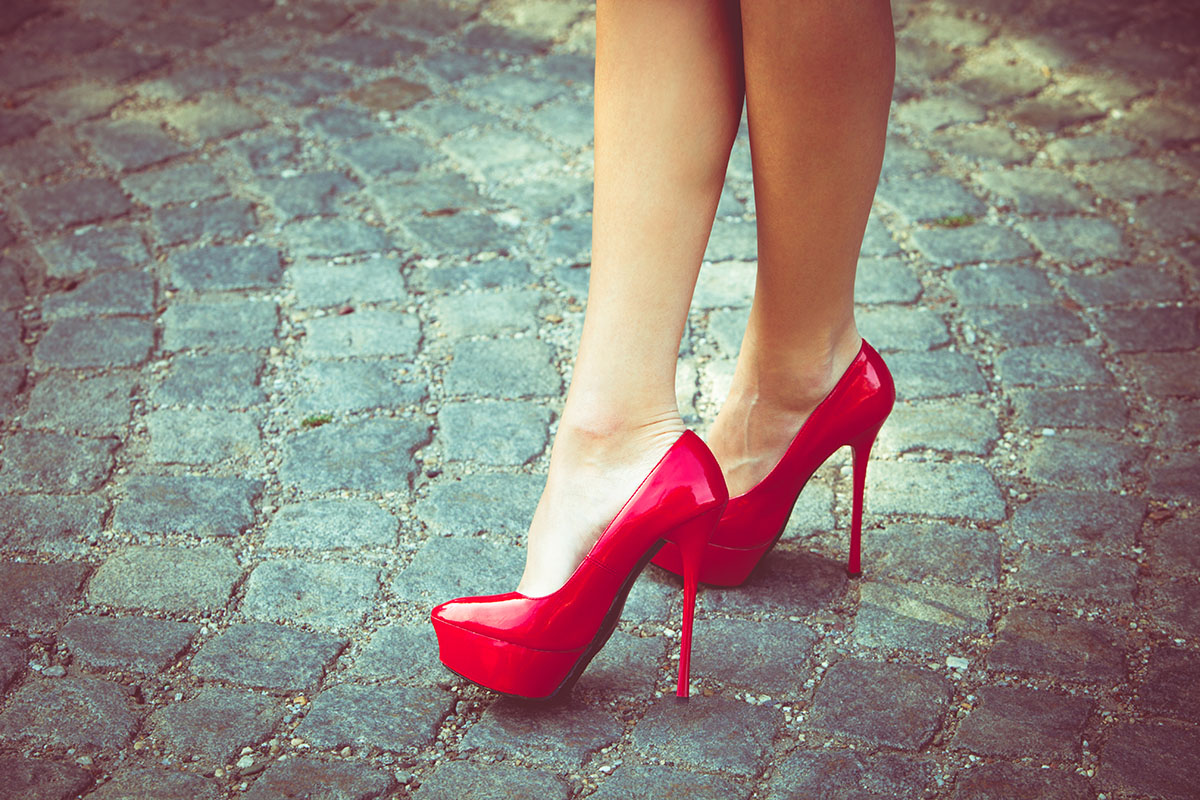 Franklin did not randomly pick his victims, although they also strayed from the standard profile.

While he mainly targeted prostitutes – not uncommon among serial killers – there was a significant difference. His victims were all black.

The murders began in the 1980s in areas of Los Angeles where crack cocaine was pretty rampant.

Franklin seemed to be aware of the LAPD’s utter lack of policing in the locations of his killings. It would explain how he had come across with the opportunities to commit murders and got away with his crimes.

The only known survivor of Franklin’s attacks is Enietra Washington. The bullet removed from her chest matched the ammo retrieved from other victims, confirming that they were shot with the same gun.

Washington described her attacker as a neat, tidy, polite, well-groomed African American guy; the attacker had an orange Ford Pinto.

According to Washington, the attacker pulled up in the car alongside her to offer a ride, which she accepted.

He suddenly shot her in the chest, then raped her. He pushed her out of the car and left her for dead. She survived. 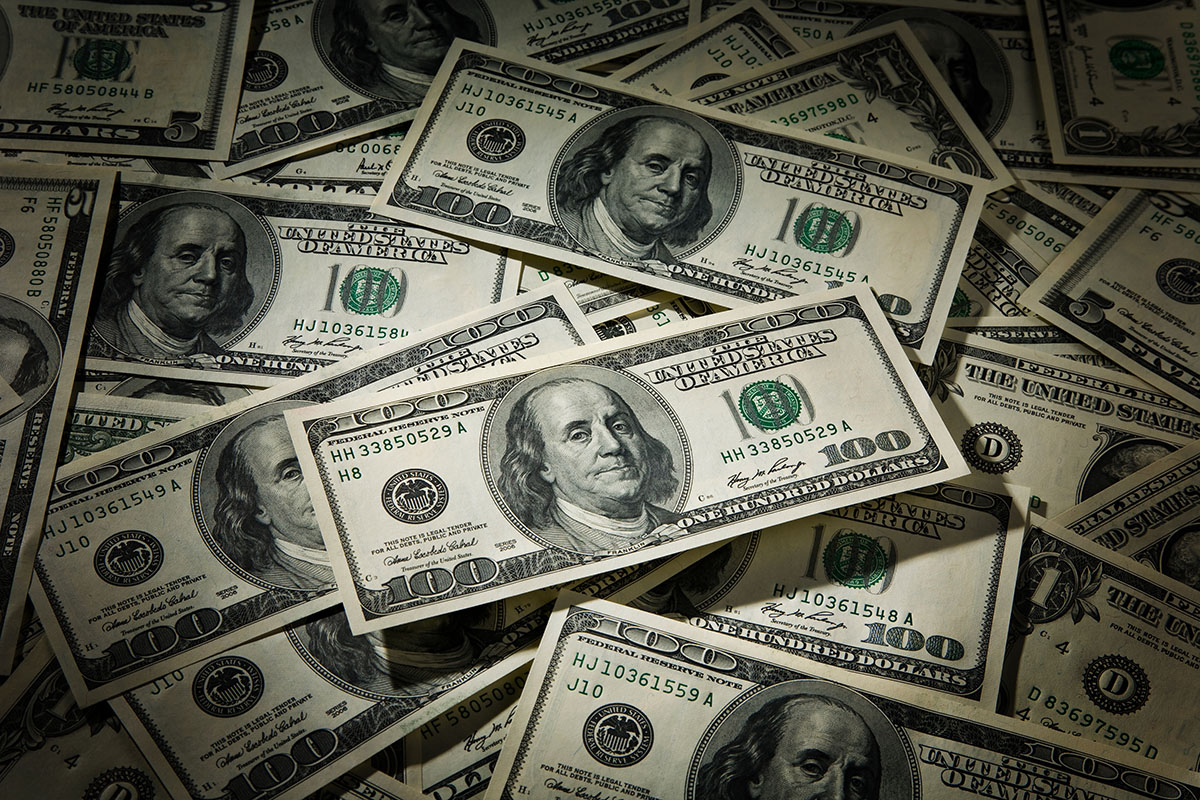 5 Half A Million Dollar Reward

In February 2010, LAPD offered a $500,000 reward for any information leading to the serial killer’s arrest.

he offer was advertised on a billboard located near the victims were discovered. Investigators also released a 20-year-old emergency call in which a witness claimed he saw a van dump a body.

As it turned out, the dumped body was later identified as Barbara Ware, one of Franklin’s victims. The caller refused to mention his name to the 911 operator taking his call. 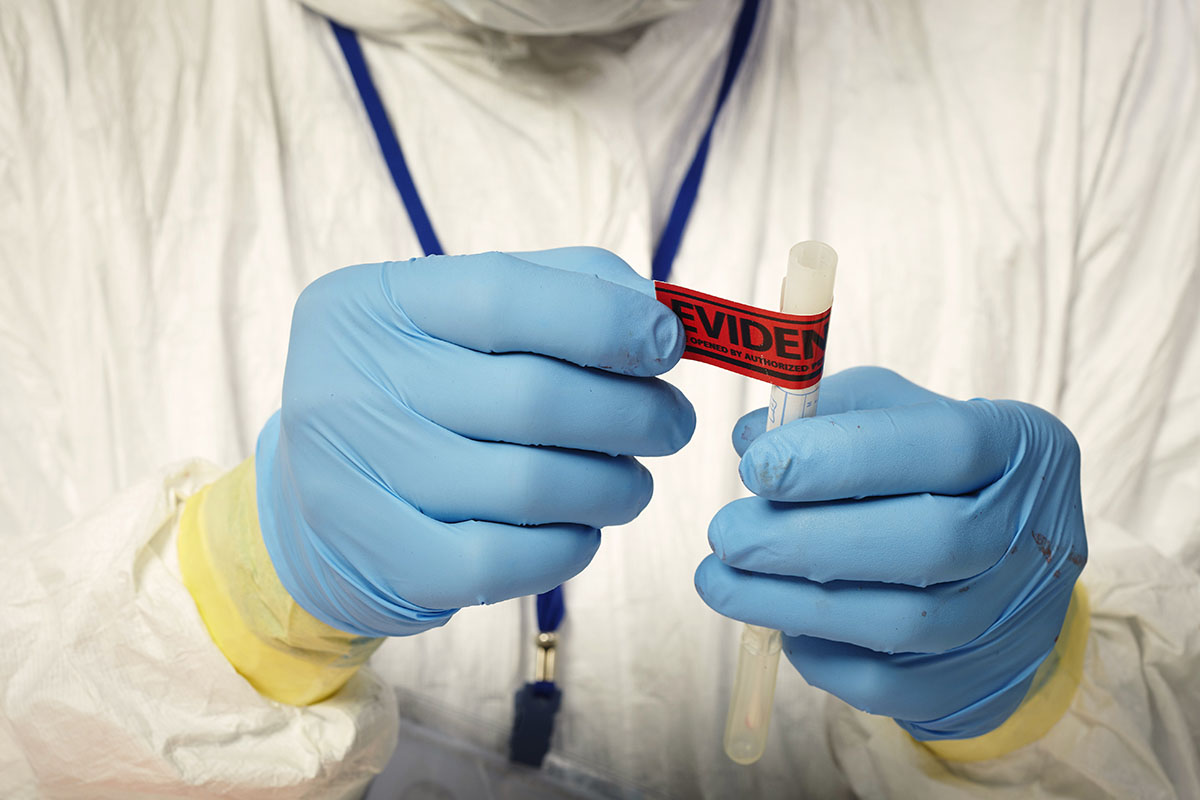 Ballistic evidence from the gun used and DNA obtained from the crimes, as well as Washington’s description of her attacker, all played significant roles in the investigation.

Attorney General Jerry Brown allowed the use of a DNA probe into the felon database of California.

Using DNA samples collected from the scenes of the murders, detectives were able to link the crimes to Franklin’s son, Christopher, arrested in 2009 for felony weapons possession.

Christopher was too young to have committed the murders, so investigators shifted focus to his father. Franklin’s discarded pizza provided his DNA sample.

When investigators searched Franklin’s home upon his arrest in 2010, they discovered nearly 1,000 photos of women and teenage girls and used them as evidence.

The women were photographed nude, unconscious, bleeding, and presumed dead.

The police were able to identify the known victims, but the very existence of those many photographs might indicate more murders linked to Franklin.

In addition to the ten murders for which he had been convicted, Franklin was presumed to have murdered four other victims and was suspected of killing two more. 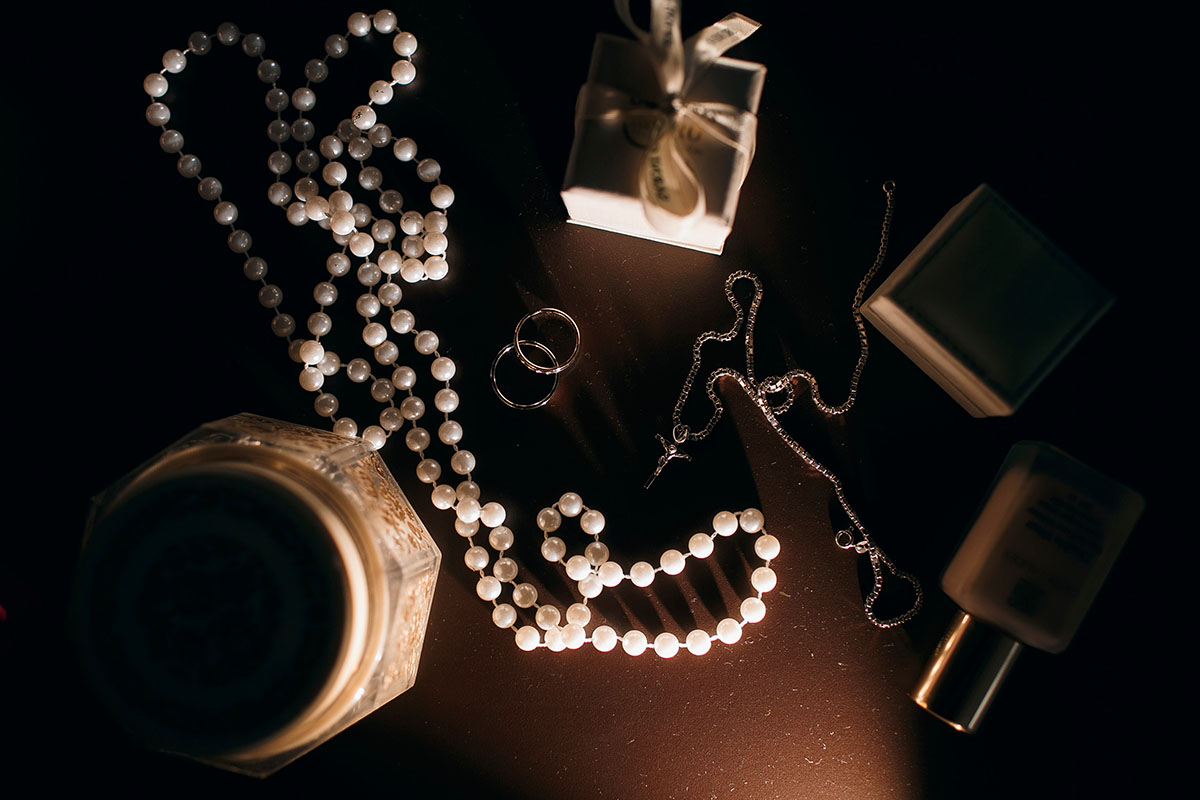 A three-day-long search of Franklin’s property revealed a big pile of evidence.

Other than the photographs, investigators also found what seemed to be “souvenirs” he had taken from his victims, for example, women’s watches, earrings, necklaces, and rings.

An FIE Titan .25-caliber semiautomatic handgun, or more commonly known as “pocket pistol,” was found in one of his bedrooms.

Police also found a Polaroid photograph of Enietra Washington in his backyard garage.

There were also identification cards of two women, Ayellah Marshall and Rolenia Morris, who had been reported missing since February and September 2005. 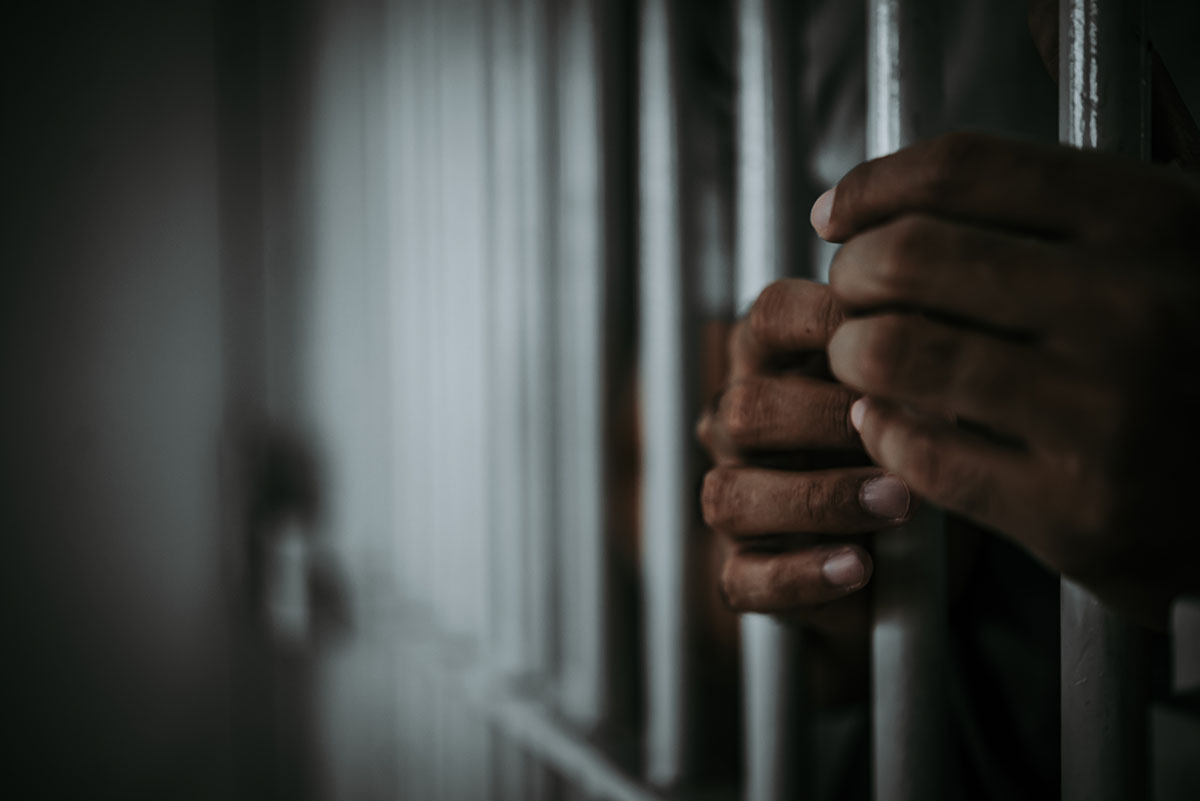 Whether or not Franklin had committed more murders than he was convicted for remains unanswered.

That said, the death sentence made sure he wouldn’t be around anywhere to kill anyone else.

Franklin was never executed. On March 28, 2020, he was found unresponsive in his cell at San Quentin Prison. He was pronounced dead evening that day.

He died at the age of 67, carrying the suspicions and truth of his other murders. The cause of death remains to be determined.