When someone says it is not easy being a celebrity, there is some truth to that, although not entirely accurate. A big part of the difficulties is trying to maintain privacy each time they go to public places.

Even simple things like going to a restaurant for dinner, a pub to have a drink or two with a friend, and generally a gathering of any kind to socialize can be cumbersome because paparazzi is always around the corner.

But then again, celebrities also make a lot of money they can use to hire a team of bodyguards tasked to keep them safe from all potential harms, so they have what it takes to make things easier really.

After all celebrities are public figures who attract a lot of attentions (sometimes unwanted attentions) from just about everybody including haters.

The mere presence of bodyguards besides or surrounding someone of high-profile is an effective preventive measure against physical assaults and discomfort from flashing cameras and aggressive fans.

Good bodyguards do not come cheap; celebrities will pay hundreds of thousands, if not millions of dollars, per year to keep dangers and threats at bay.

The following celebrities are almost always seen in public guarded by some impressive individuals to ensure safety and comfort. 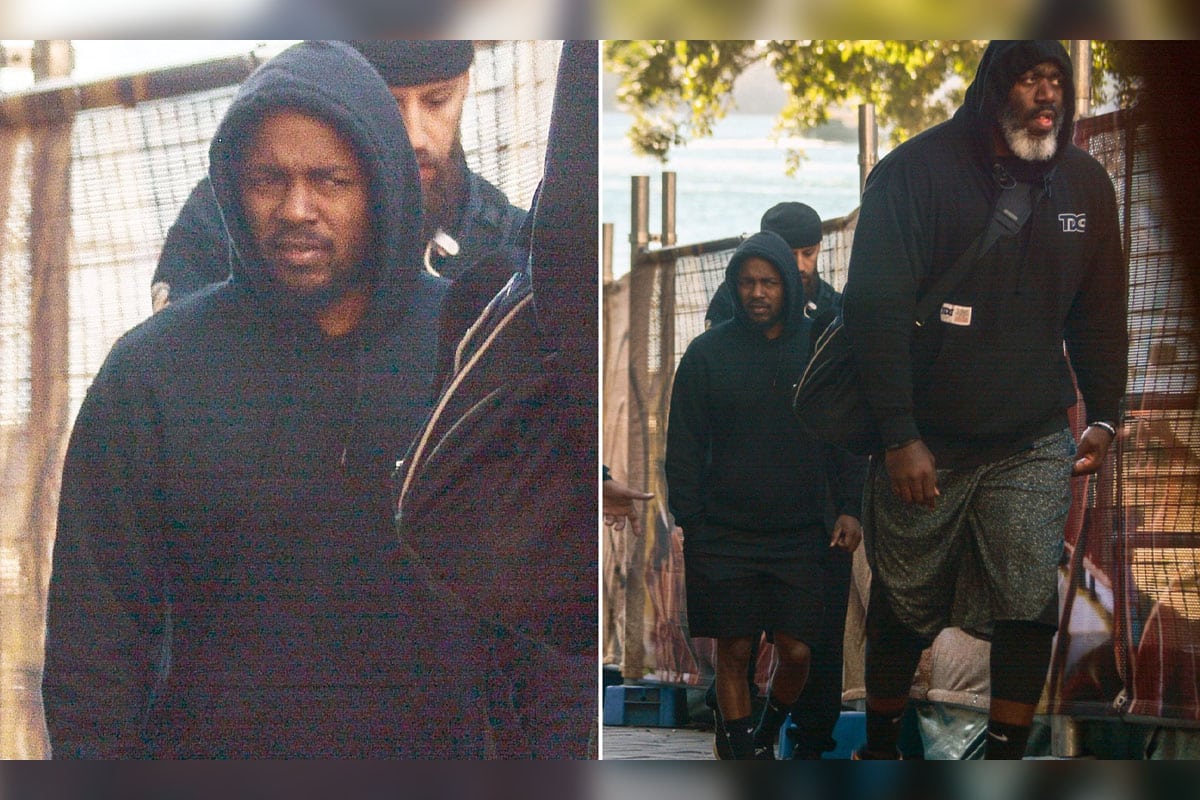 Standing at 5 feet 6 inches, Kendrick Lamar does not have a particularly imposing figure.

Someone as popular as he is, walking around without protection is an invitation to disaster.

This is why Lamar’s bodyguard is someone of an overwhelming stature.

In fact, the Internet takes the liberty to compare Lamar and his personal bodyguard with Game of Thrones’ Bran Stark and Hodor, respectively.

Captured in a photograph standing side by side, the bodyguard towers over his employer at a scary scale. 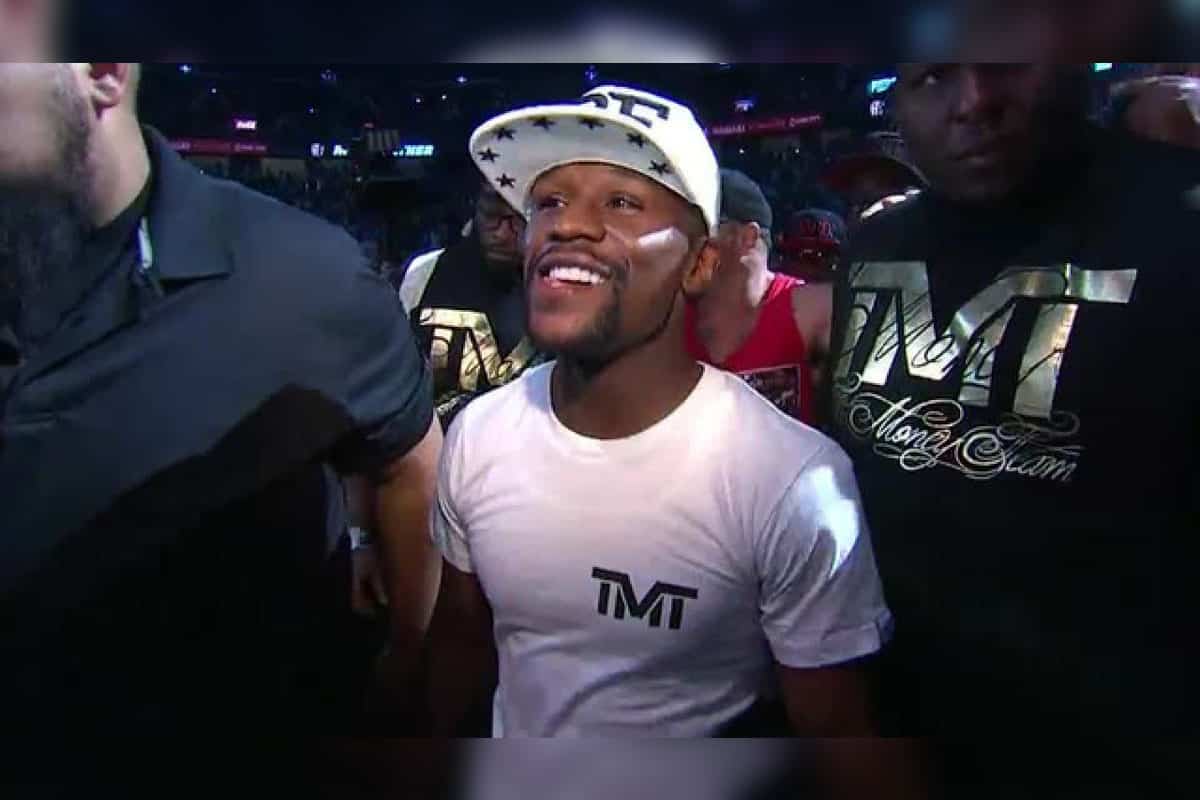 Largely considered one of the best defensive boxers of all time with an impressive record of 50 wins with 27 knockouts and zero defeat, you would think Mayweather does not need any kind of protection anywhere. He beat Conor McGregor for crying out loud.

Now while the former professional boxer could certainly hold his ground – and then some – in the ring, there are times when he just needs to relax without looking over his shoulders all the time.

His team of bodyguard includes people like Greg Larosa and Ray Sadeghi; one of them is plenty enough for anybody, and Mayweather has two. 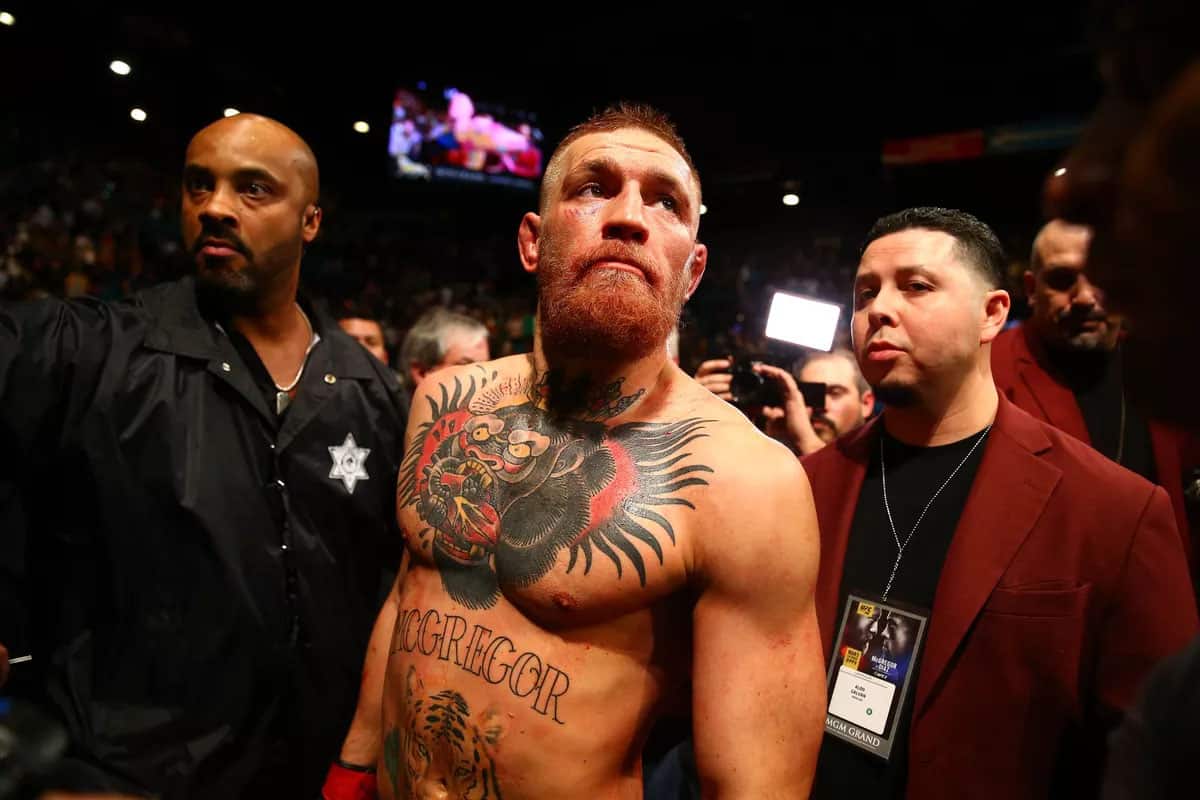 The former UFC fighter Conor McGregor also is a notorious figure on his own, but he has the nature of igniting controversies – which is part of many things that make him famous – outside the ring, leading to real risk of physical altercations with haters and even fellow professional fighters.

His bodyguards are nicknamed Rocky and Drago, as in Rocky Balboa and Ivan Drago.

He had not had the need to hire bodyguards before, but then was compelled to do so after receiving death threats back in 2016. 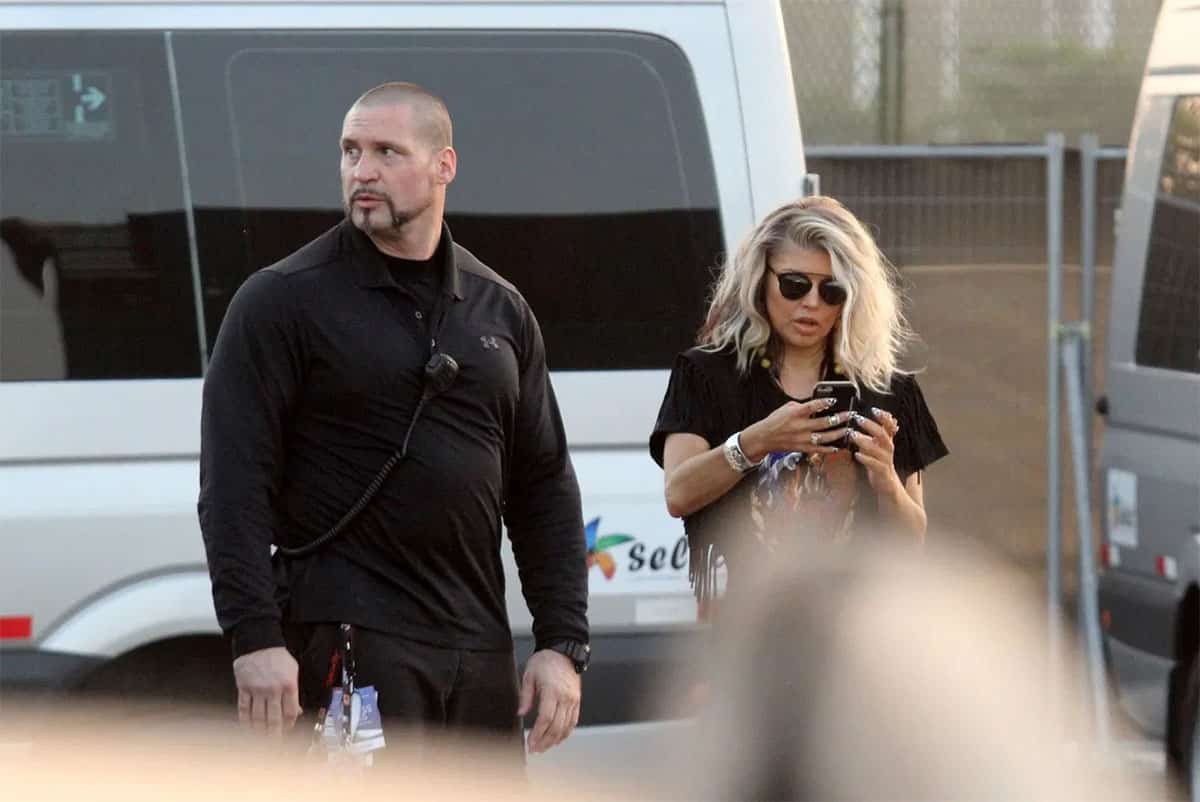 It is not surprising that someone as popular and polarizing as Kim Kardashian has a team of bodyguards to protect her from drooling fans, haters, and paparazzi.

She actually learned first-hand that hiring a professional bodyguard is imperative for someone with such a stardom status.

During the 2016 Paris Fashion Week, Kardashian found herself being a victim of a robbery after some masked men stole her jewelries worth millions of dollars.

Her bodyguard at that time, Pascal Duvier, happened to be on duty of protecting her sister, Kendall and Kourtney, when the robbery took place.

Duvier was fired, but it did not take long until he found another high-profile employer, Fergie. 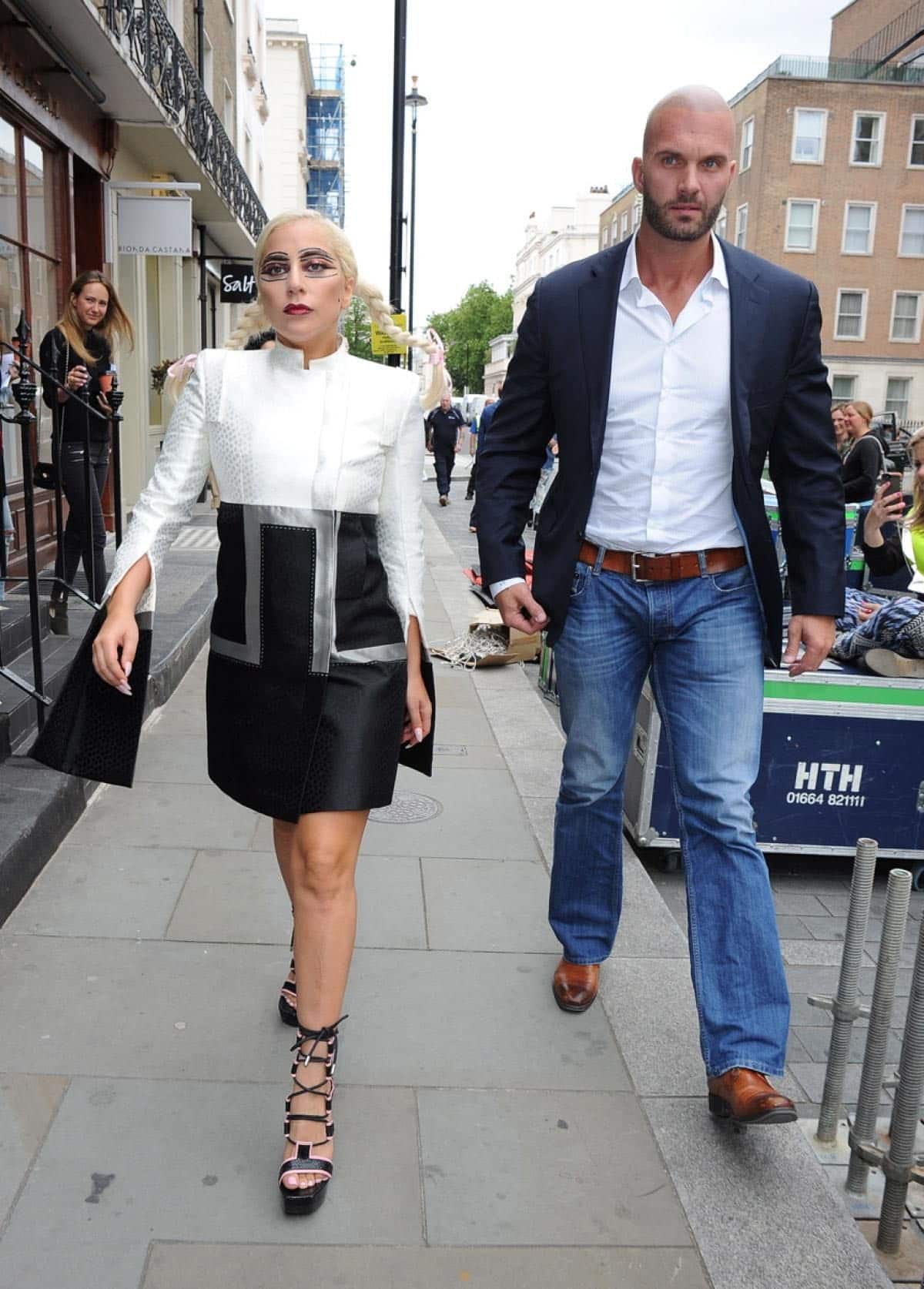 Among all celebrities’ bodyguards, Peter van der Veen is almost a celebrity himself.

He is former Mr. Europe, and that says a lot about the man’s level of professionalism.

With blue eyes and broad shoulders, the bodyguard has his own attractive qualities that potentially draw some unwanted attentions from fans.

That being said, it does stop him from being an effective protection for the likes of Lady Gaga and Adele.

In the past he also was a trusted bodyguard for Leonardo DiCaprio and Paris Hilton; quite a resume indeed. 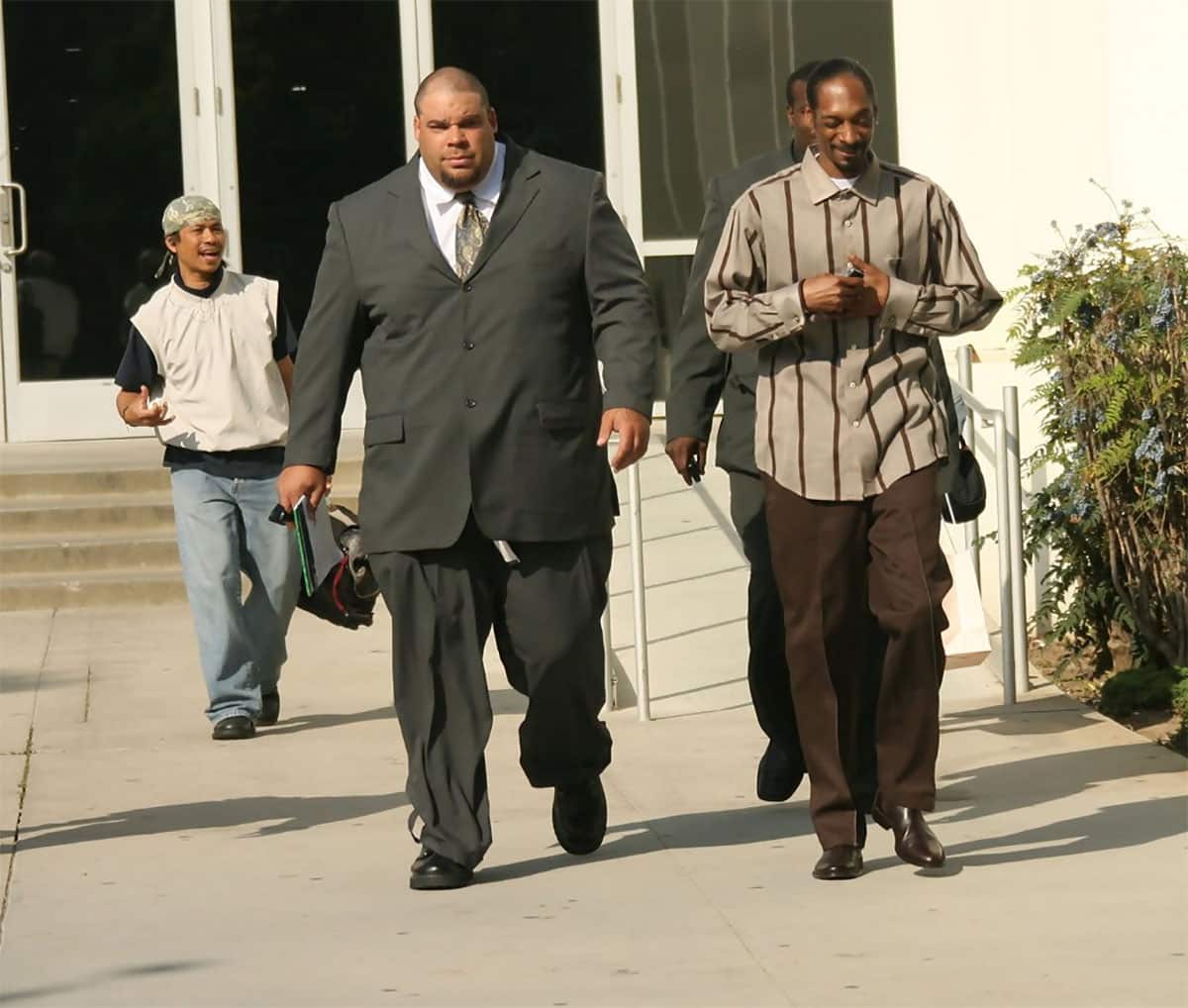 A public figure of Snoop Dogg caliber requires protection on and off stage, perhaps around the clock all day every day.

The rapper and media personality has a history of being the target of multiple assaults, so you can’t blame him for beefing up his security team.

Let us not forget that Snoop is worth hundreds of millions of dollars, allowing him to hire some of the best bodyguards money can buy.

In April 2013, a shooting struck a convoy of cars, and Snoop was in one of them. Authorities said Snoop was not injured, but one of his bodyguards was not so lucky.

The incident gave a clear context of the level of danger that warrants hiring only the best. For Snoop, the injured bodyguard certainly is one to keep. 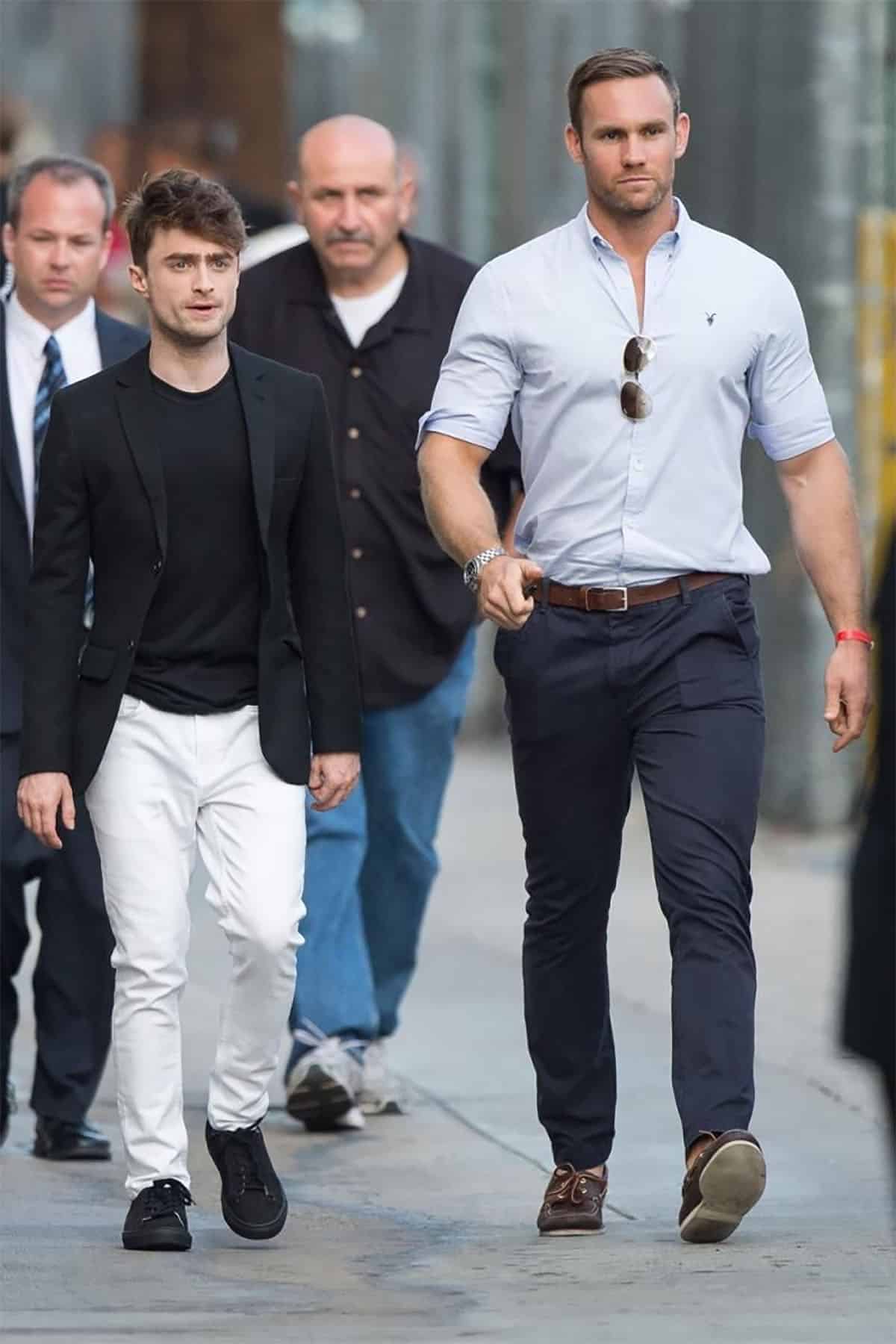 Harry Potter has a magical power that keeps him and his friends safe from all sorts of dark witchcraft.

The person who portrayed the character, Daniel Radcliffe, does not have such ability.

If fighters like Mayweather and McGregor need protection, then almost certainly an actor of Radcliffe’s stature can also use one.

One of his bodyguards is simply known as Sam.

Standing at 6 foot 3 inches, and with a massive muscular build, he towers over his employer and most people out there. 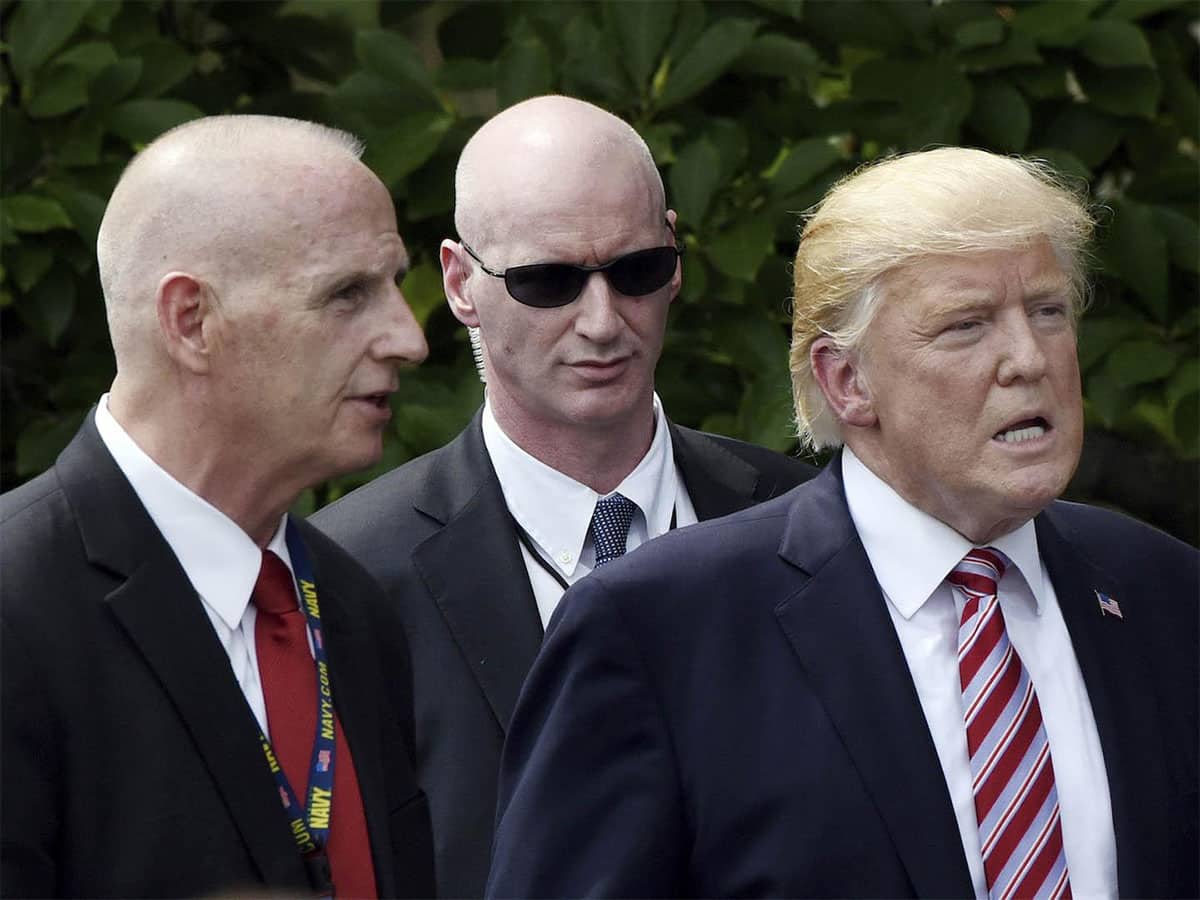 When Donald Trump became the President, he didn’t stop being a celebrity, so it is only fair for him to be on this list.

Compared to the type of protection and team of bodyguards that most celebrities have, however, Trump is definitely above all others.

Equipped with state-of-the-art security measures and threat assessment methods by the agency’s Intelligent Division, Mr. Trump should be safe everywhere he goes. 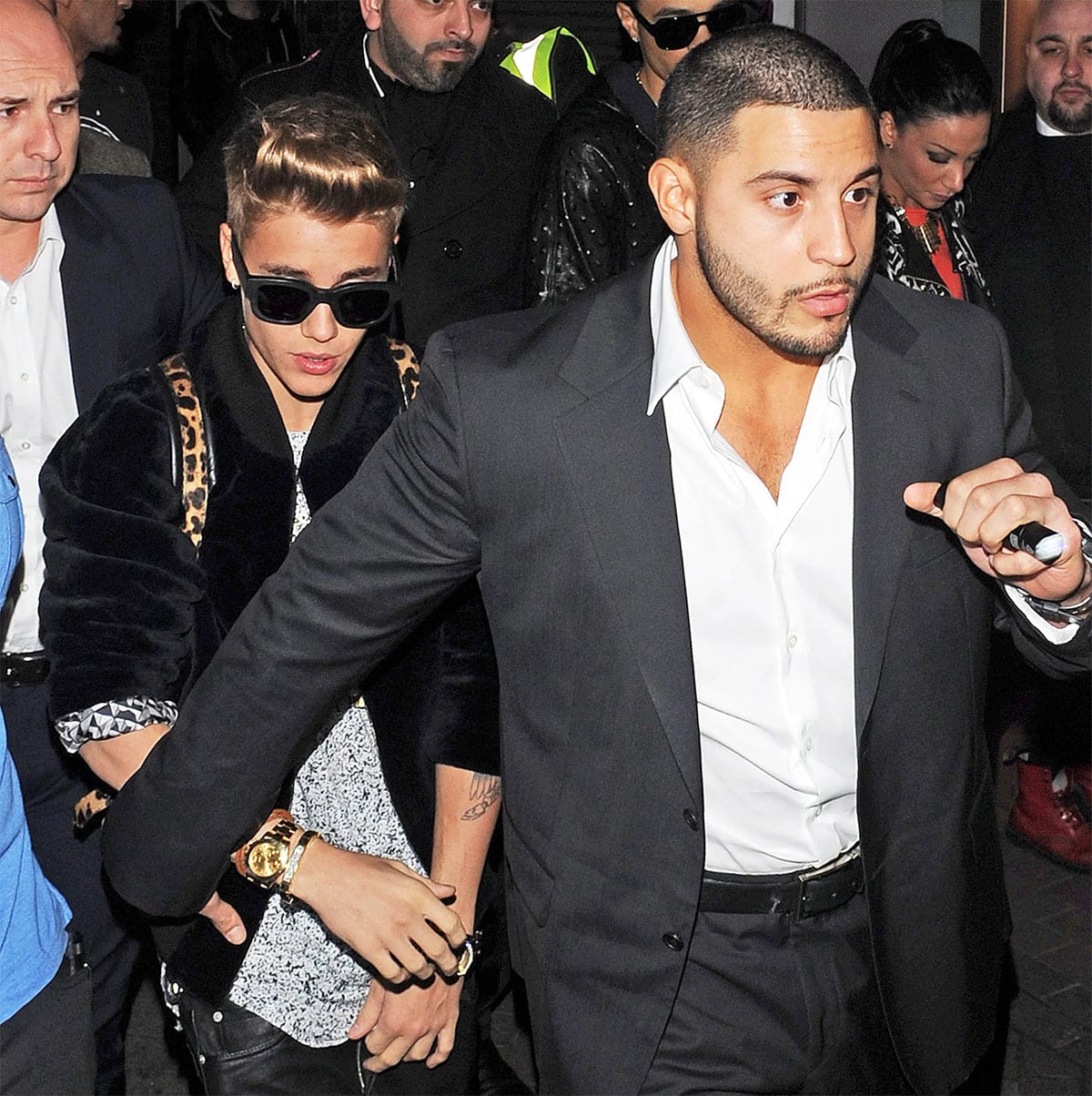 In his early teenage years and celebrity status, Justin Bieber probably didn’t think much about hiring a personal bodyguard. But when he gets older, so do his fans.

His bodyguard, Michael Arana, has to always think of a new approach to providing the necessary protection for Bieber because the level of threats escalates by the day.

Arana and his team has often been tasked to stand between his employer and chaotic dangerous scenarios up ahead.

Michael Arana was featured in a documentary film Bodyguards: Secret Lives from the Watchtower. 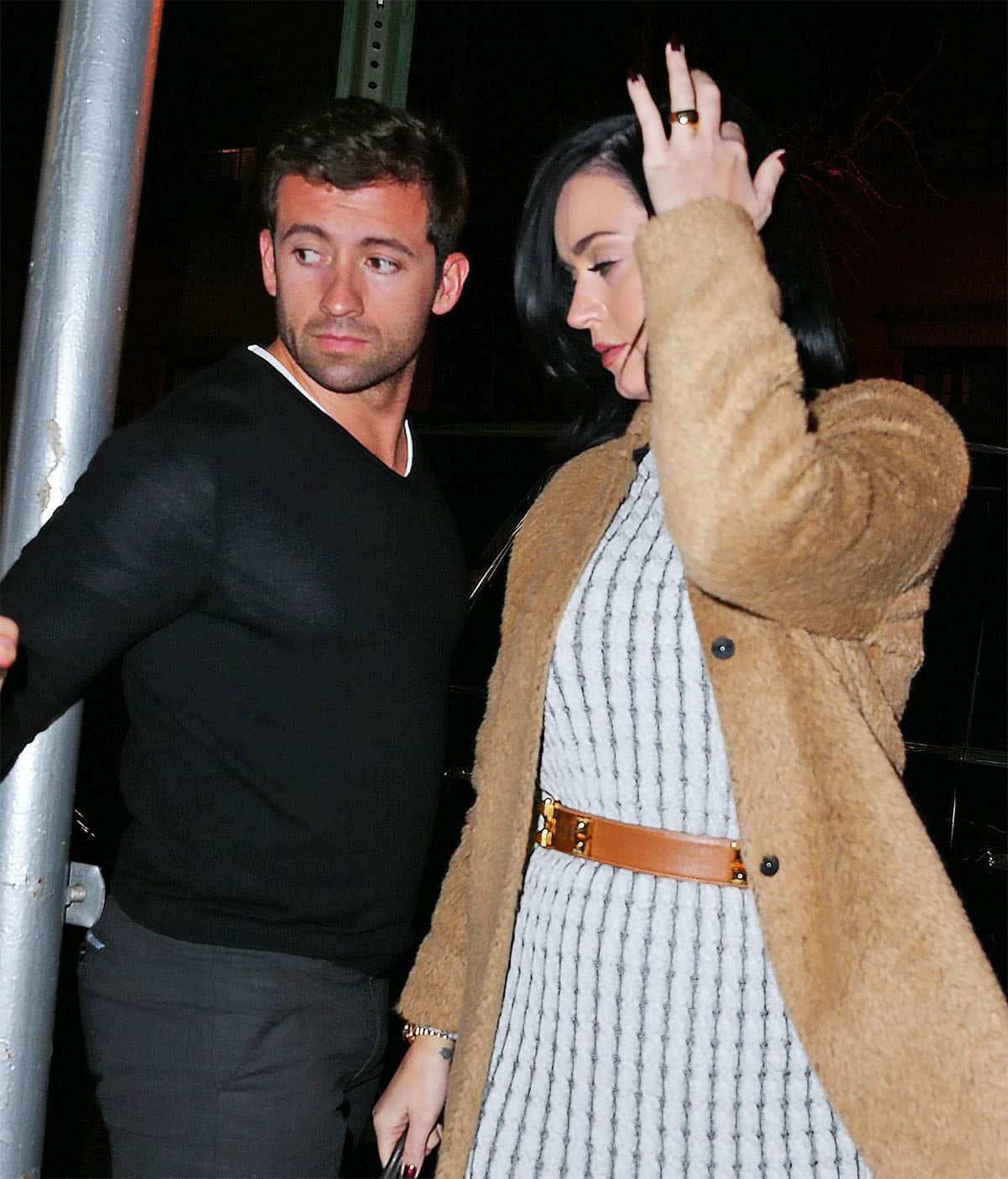 There are only very few bodyguards who receive as much attention as their employers.

Peter van der Veen apparently is not the only one to make that category; Katy Perry’s bodyguard is at the same level.

Anybody can objectively say that Perry’s personal protection looks exactly like the young version of Hugh Jackman.

He is handsome and athletic; a perfect combination in a man who persistently follows the singer anywhere.

While good-look is not the most important requirement for a bodyguard, attractiveness is a major selling point, especially if you are looking to get employed by a celebrity.