Operating rooms in 19th century England were not as grandeur as the British Empire itself. Despite the discoveries of the blood circulation by William Harvey and observation of bacteria by Anton van Leeuwenhoek’s almost two centuries ahead, doctors in the Victorian Era still did not know that germs caused disease.

Surgical procedures, which by any objective measure must be performed in a sterile environment, were not quite hygienic back then. The rooms were dirty and crowded, not only with surgeons and nurses but also spectators.

With a combination of poor hygiene and lack of formal training on the surgeons’ parts, post-surgery survival chances were very low to the point where hospitals required patients to pay upfront.

Surgeons in the era didn’t attend a medical school of any sort; some were illiterate. Nearly all of them took pride in speed rather than skill because patients were fully awake during surgery.

The faster they did it; the sooner patients could drink something to help – albeit just a little bit – ease the pain. All in all, Victorian Era surgeries were mostly gruesome bloody affairs.

One of the better-known surgeons in 19th century London was Robert Liston. He was not much of a doctor, but more of a combination between a butcher and carnival barker.

As the story goes, Liston was able to take apart a man’s leg in just around 30 seconds.

During an infamous operation, Liston moved so fast that he accidentally cut off an assistant’s finger and slashed another person’s coat in the room. The former succumbed to gangrene infection, and the latter died of fright. 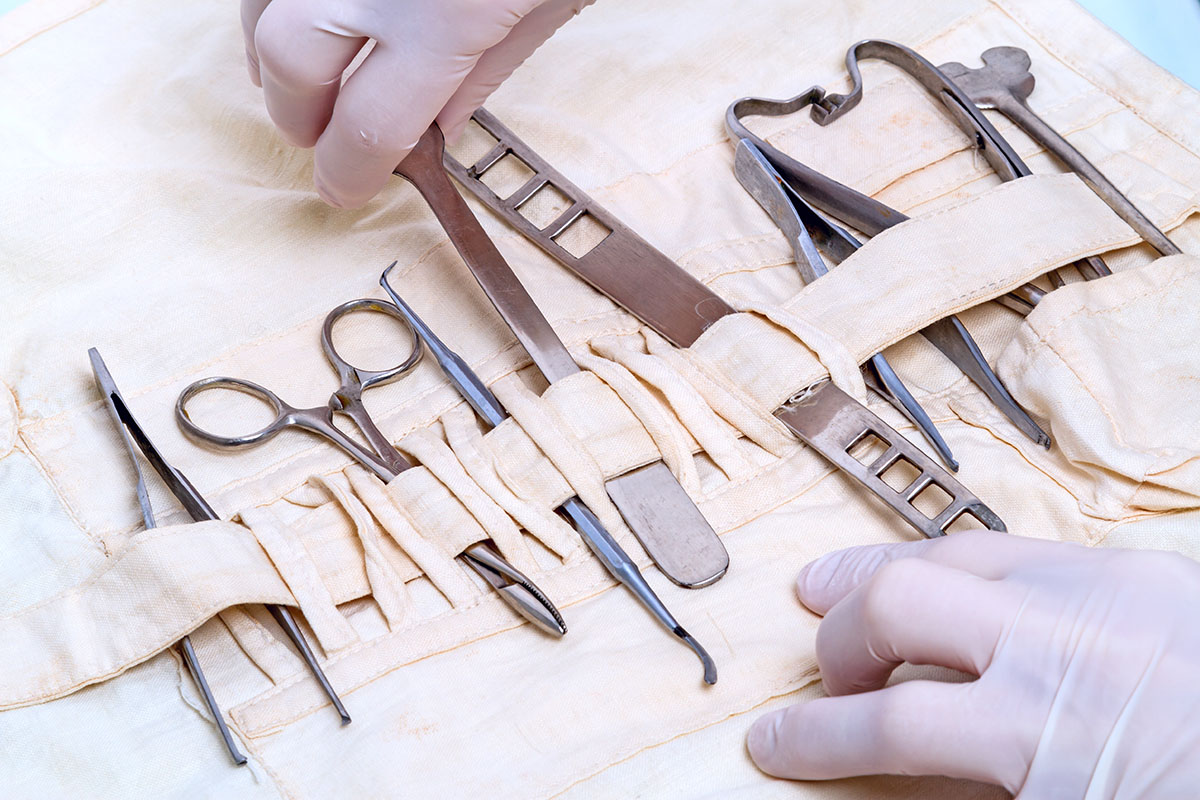 9 No Consent, No Problem

Still, on the subject of Robert Liston, one male patient had a change of mind just before his bladder stone removal surgery commenced. The patient ran and locked himself in the bathroom.

Liston was displeased by the whole situation, so he broke down the bathroom door and dragged his patient back to the operating room.

Liston was a towering figure standing at 6-foot-2; it wasn’t much of an effort for him to tie the man up and begin cutting him open. 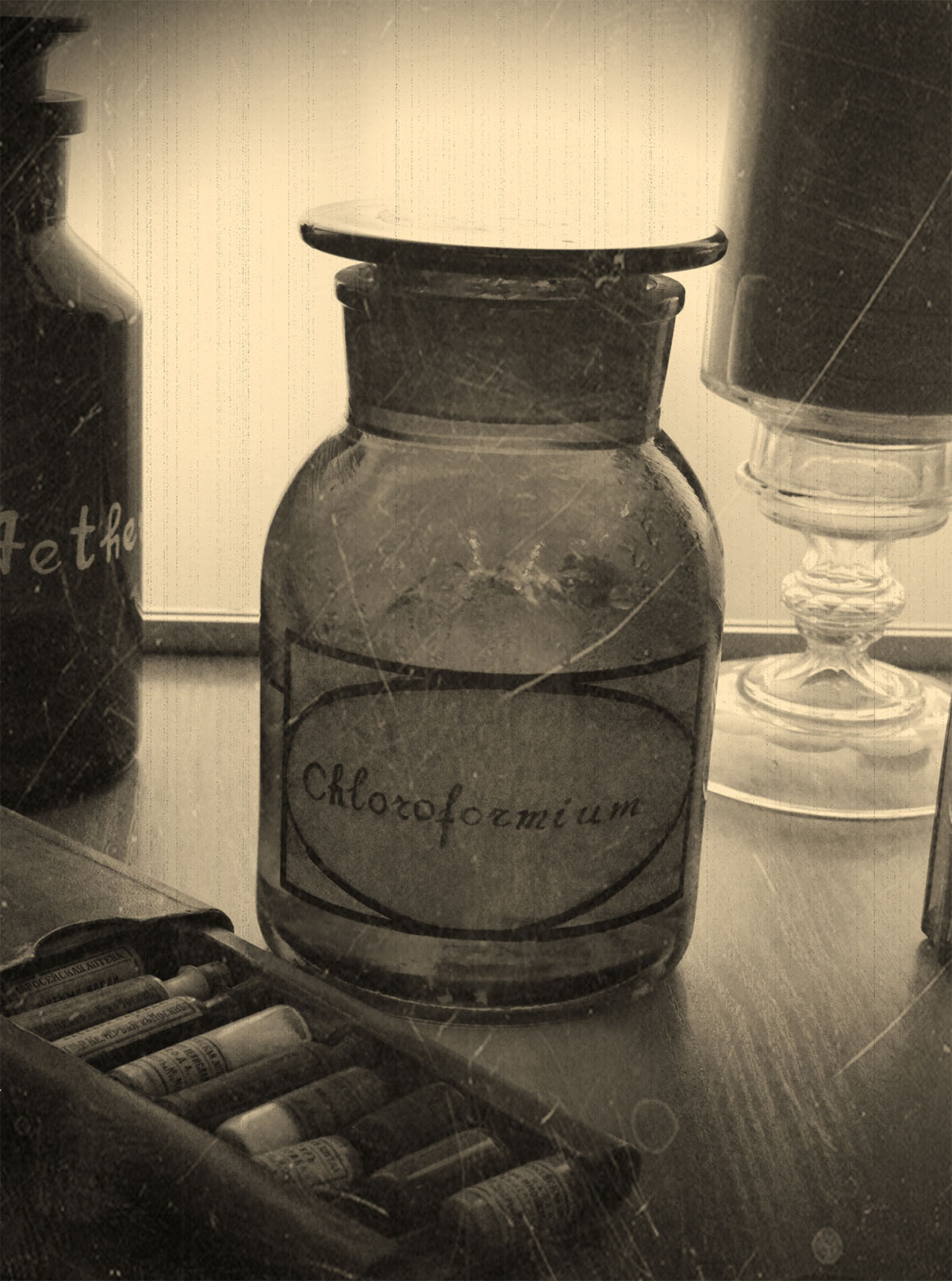 Doctors were still experimenting with pain killers in the 1840s. Chloroform was almost like a miracle elixir, along with Laudanum – a tincture of opium, rated as Class A substance.

They passed out until the next day and were happily still alive. Although Chloroform improved the success rate of surgeries, it was not popular because doctors believed pain was an essential aspect of the healing process. 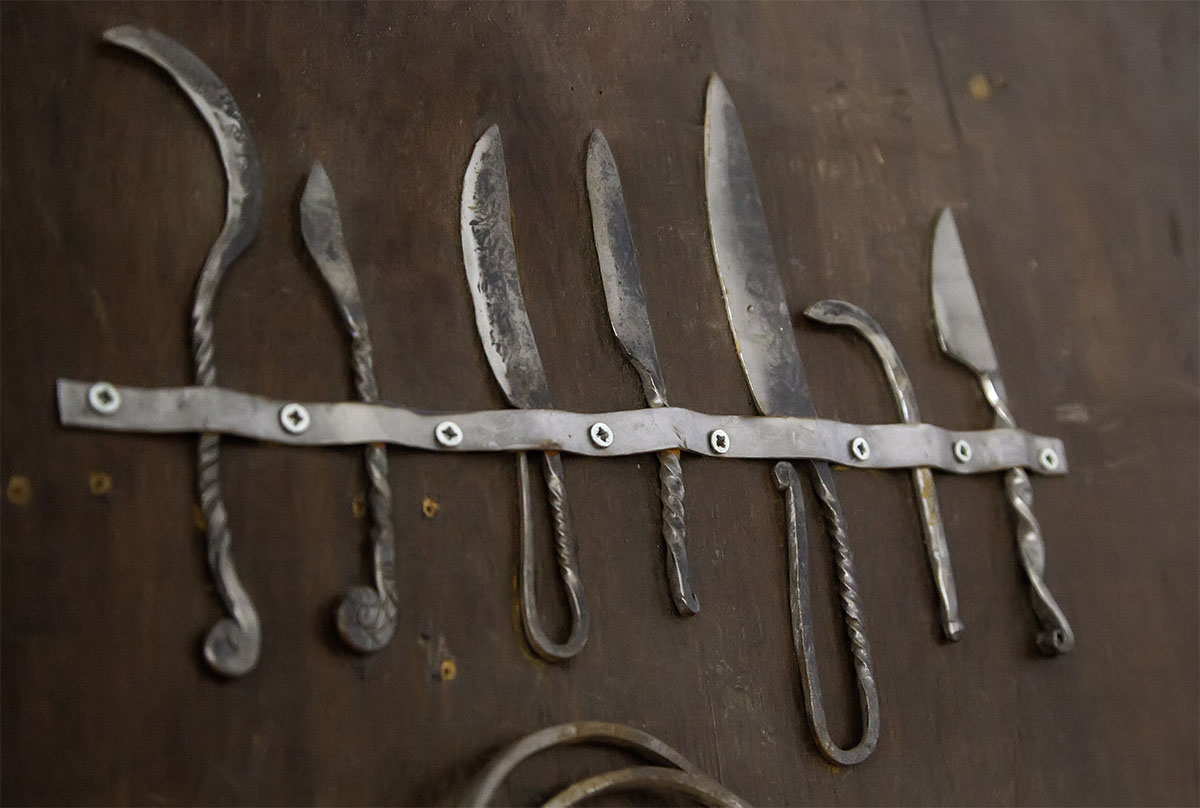 Laudanum was available over the counter. It was the medicine of choice for all sorts of ailments, including cough and childbirth. Diluted versions were available too, formulated for children.

You probably also think that the discovery of Chloroform would make surgical procedures safer to a great extent.

Unfortunately, surgery became more dangerous instead because surgeons were more likely to cut deeper into the body, utterly unaware of germs-causing diseases. 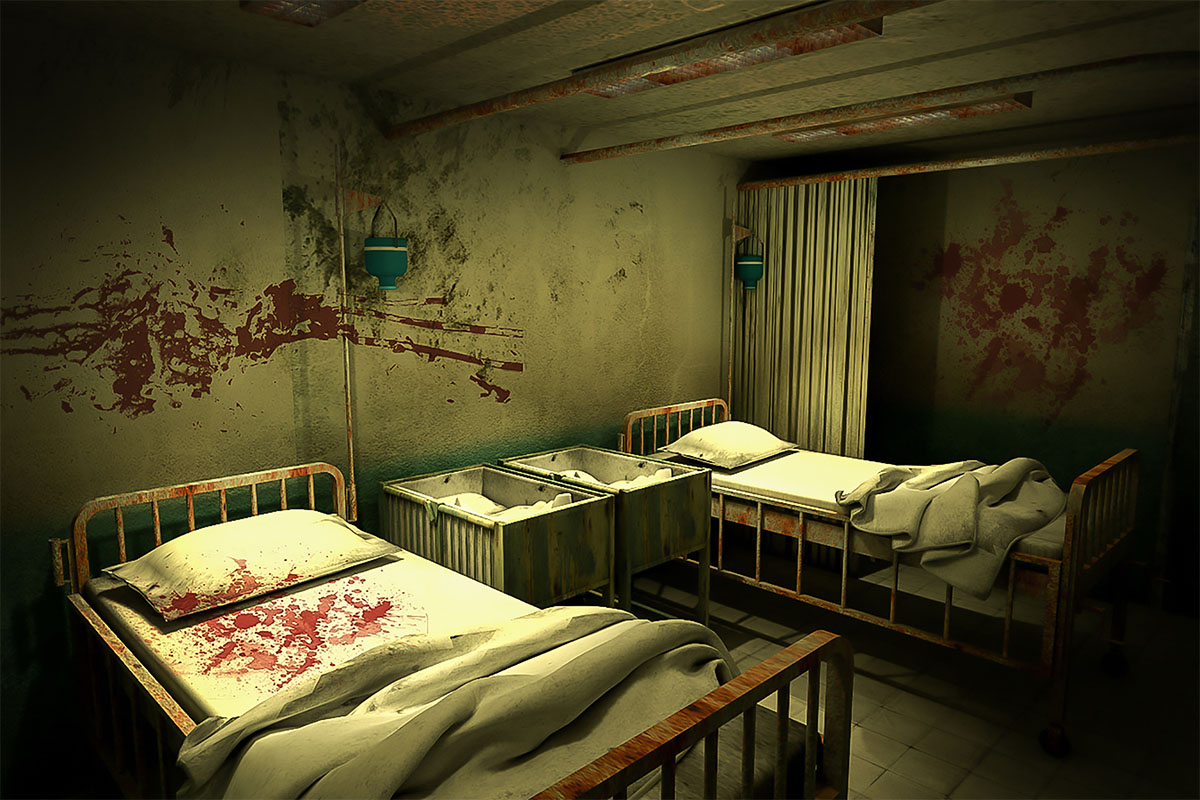 Something called miasma theory was the buzz at some point in the 19th century. It was a theory about the possibility that rotten smell could cause diseases. Due to the lack of hygiene, many doctors and surgeons carried “cadaverous smell” perhaps from the blood and corpses of patients.

Hospitals didn’t smell clean either. Wealthy people had their surgeries done at home, while the less fortunate had to expose themselves to lice, bugs, and other small creatures in the hospitals’ beds after surgery.

British medical community even considered burning down some hospitals, then build one brand new as a solution. 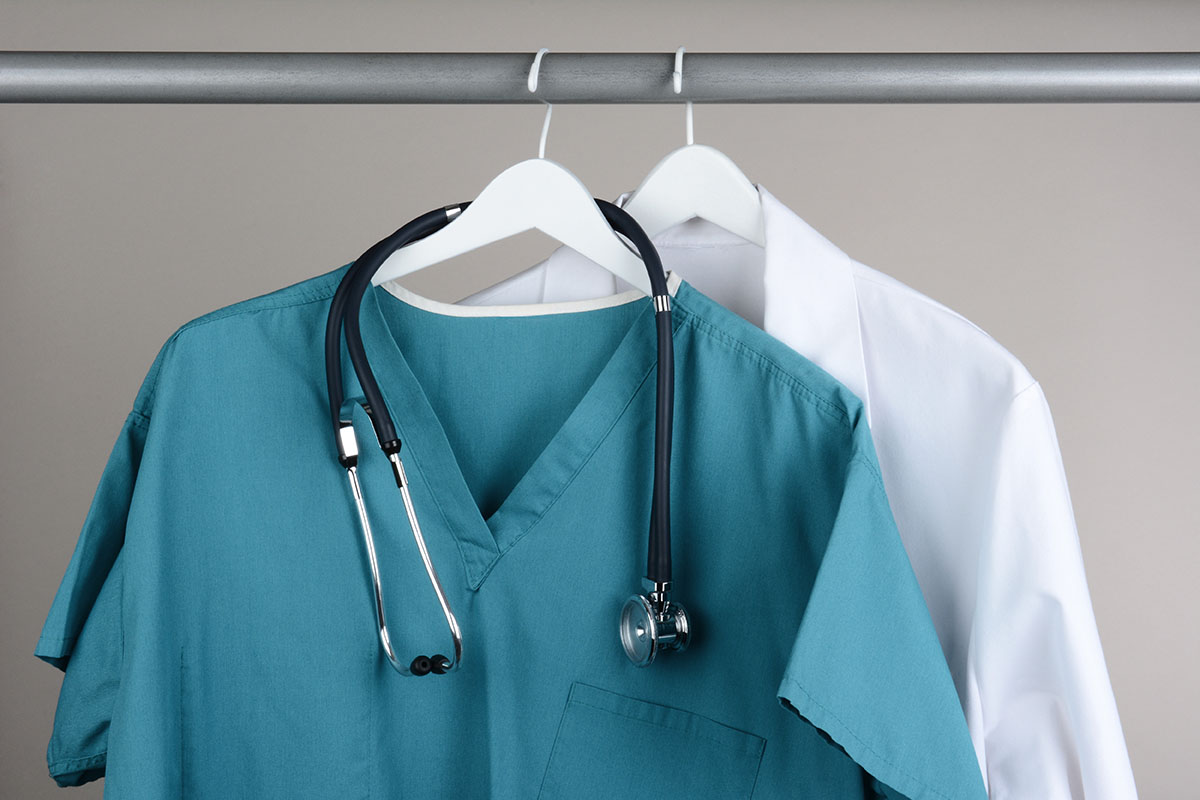 Neither the room nor the surgical clothing was clean at all. Surgeons in the Victorian Era worked in their finest garbs.

Back in the day, that would consist of a tight dress shirt and cravats, added with a squeaky clean hairstyle. At the very least, they would take off their jackets and wore overcoats.

Scrubs wouldn’t be invented or enforced until about a century later when scientists became increasingly aware of the link between germs and diseases. To make things worse, operating rooms in the era were crowded with spectators who were equally oblivious of hygiene.

Some (maybe fewer than that) hospitals had frocks, a type of overcoat hung in the operating theater. It was encrusted with blood, and every surgeon would take a turn to wear the same dress.

Washing the apron would be a terrible deed because surgeons were seen as more experienced by wearing a blood-covered frock.

Again, the patient (and the spectators) would listen to surgeons more attentively thanks to the dirty badge of honor. It would be anybody’s guess if any of the rare dresses were ever replaced. 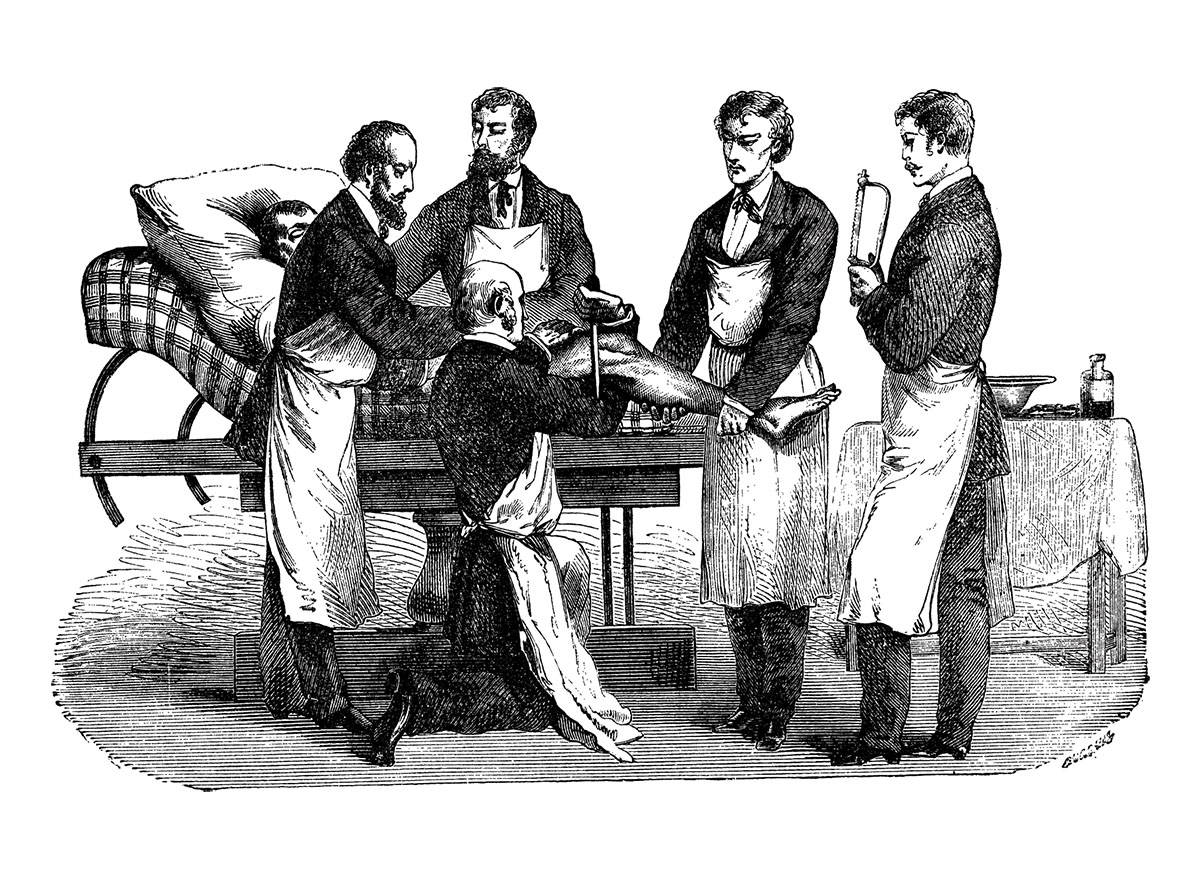 The operating tables were rarely if ever, washed down. No wonder if the mortality rates were high because of the brutal procedure added with all sorts of infectious disease lingering in the room. Let us not forget that the surgical instruments were not sterilized as well.

Any operating room slowly turned into an execution chamber. Even if the procedure had not killed patients, the infections that developed post-surgery would have posed a severe health threat.

When Joseph Lister came up with the idea of using carbolic acid as an antiseptic spray, the medical community disagreed. 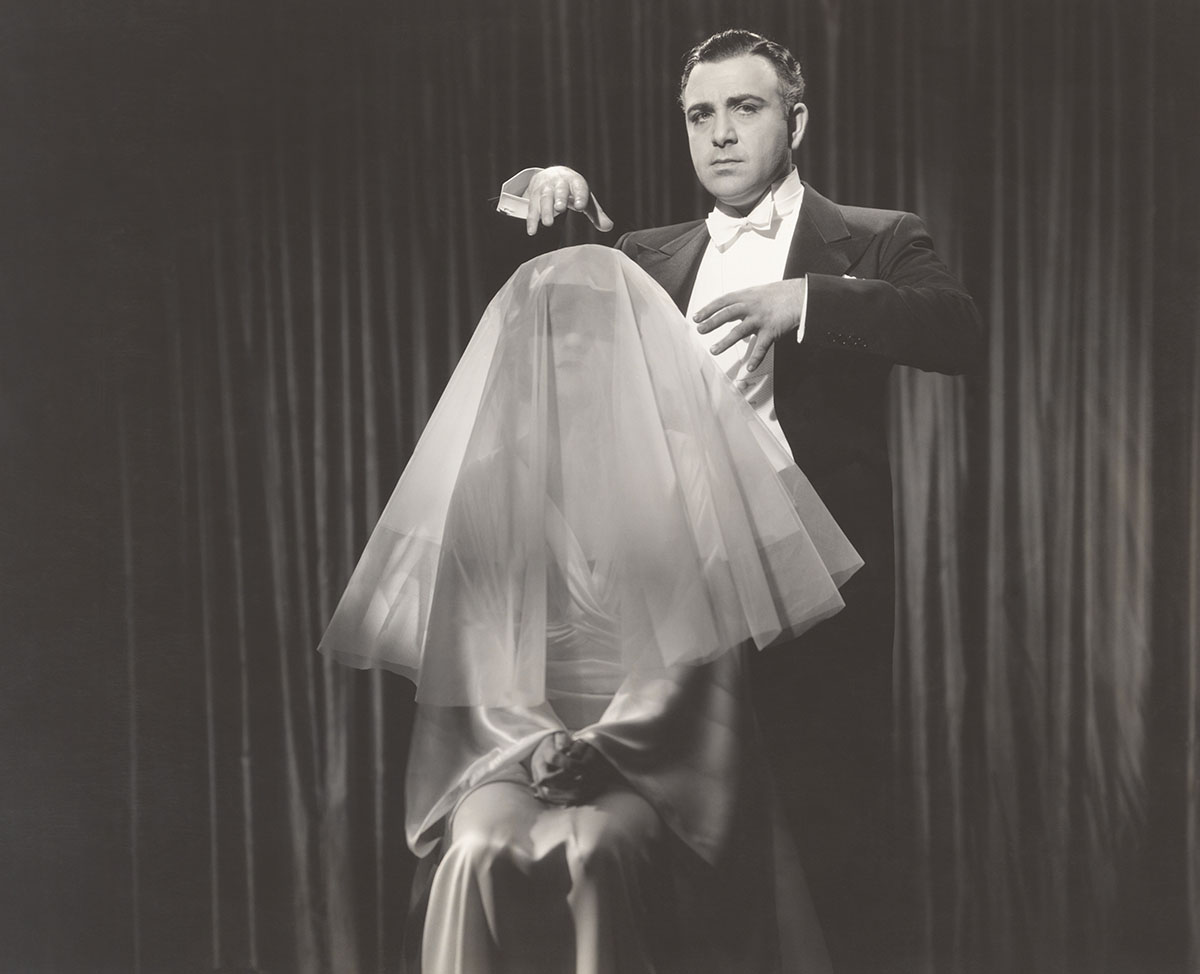 Before Chloroform became a widely-accepted solution to numb pain during surgery, very few ideas had been floating around, such as a nitrous oxide or diethyl ether.

One professor of medicine at University College Hospital, John Elliotson, resorted to an entirely different method of inducing anesthetics, called “mesmerism,” which looked very much like hypnotism. An 1842 article accused him of using mesmerism to place female patients into curious postures.

As previously mentioned, Victorian Era surgery was a spectator sport. People in the 19th century were obsessed with progress in science, including in the medical field.

Remember, it was a long time ago when people had to be present to see anything; practical TV didn’t come along until the mid-20th century.

Surgeries were performed in front of a crowd, where surgeons tried to outdo each other with a demonstration of speed and showmanship. It was part entertainment, part medical procedure, certain part death.