The general description of spree murder is two or more murders committed quickly without a cooling-off period. It is precisely the lack of a “cooling-off period” which puts the crime in a different category from serial murder.

A “short span of time” in the description usually lasts for seven days. Based on the definition, a spree killer commits at least two murders within the period.

On the other hand, a serial killer often, after a murder, enters a cool-off time, which may take weeks, months, and in some cases years before taking another life. Spree killers tend to be reckless, leaving apparent traces of crime behind them.

A timeless classic example of a spree murder case took place in Lincoln, Nebraska, from December 1957 to January 1958 when a young man Charles Starkweather (19), found himself in a twisted form of euphoria and killed 11 people in the rampage.

His girlfriend Caril Fugate (14) was a devoted accomplice in all of them except one. The victims included Charles’ friend, Caril’s own family, and random targets the couple came across on the run.

Barbara Von Busch, the elder sister of Caril, came to visit her mother Velda and stepfather Marion Bartlett in Belmont, a sordid part of Lincoln, on January 25, 1958.

Barbara was with her husband Bob when Caril met them at the door. Caril wouldn’t let her sister and brother-in-law in the house, telling them that everyone was ill and not seeing any visitor under a doctor’s order.

No one had seen the Barlett’s in days, and Barbara herself couldn’t help but wonder why. She and her husband left without seeing the parents nevertheless. 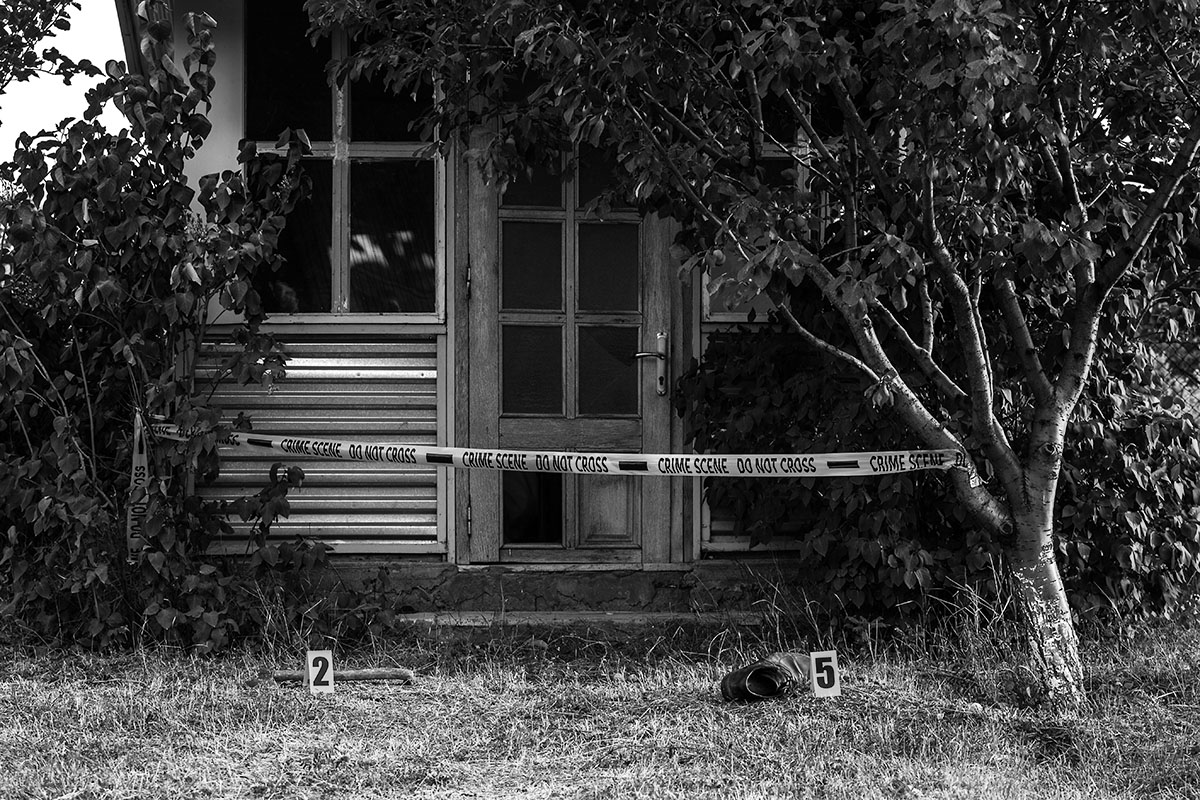 Two days later, the still-suspicious Bob decided he would check on the house without the authorities. Just one look inside the outhouse and chicken scoop confirmed his worst fears.

Velda seemed to have been shoved down the toilet opening, whereas Betty Jean was put in a box that had been previously used for garbage then thrown out to the outhouse.

Marion was discarded in the chicken scoop. Velda and Marion died of gunshot wounds to the head. Betty Jean died of a fractured skull; the three were killed on January 21. 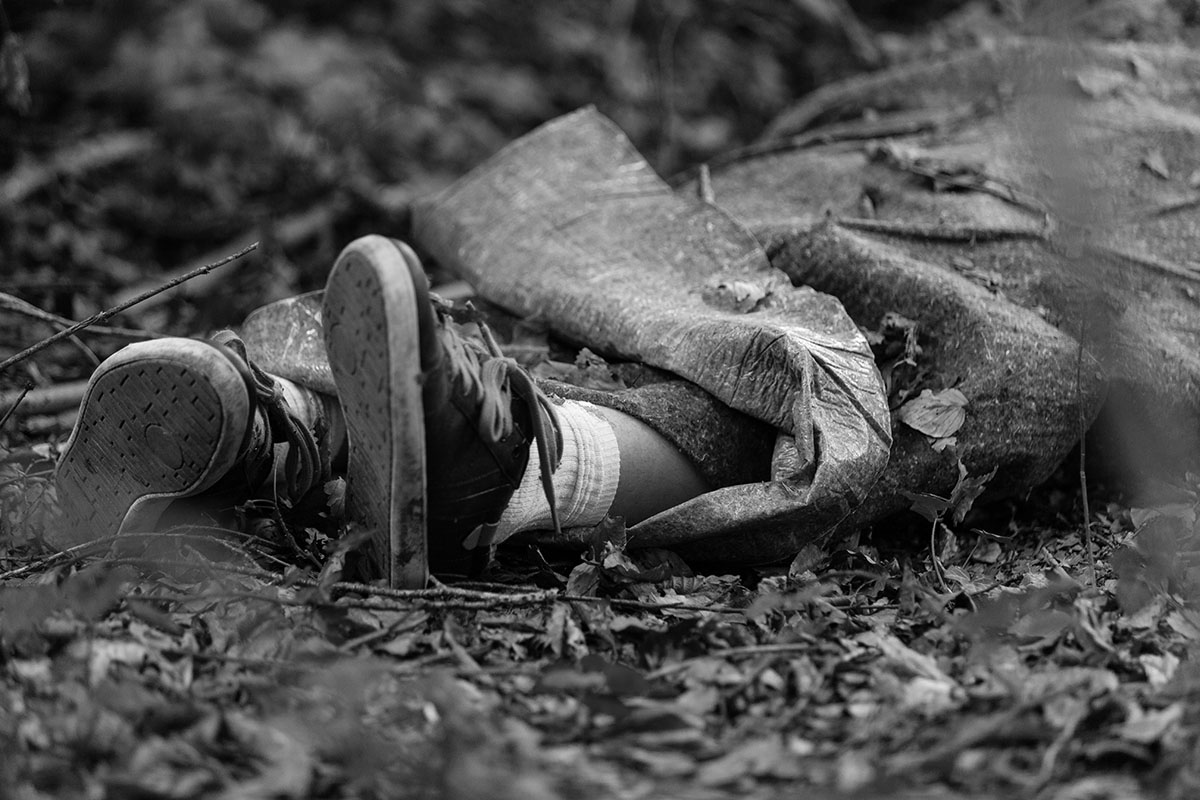 When Bob found the bodies, Charlie and Caril had already been on the run. That same day, the couple was in the small town of Bennet, at August Meyer’s farm.

The 72-year-old August had known Charlie since he was a little child. Charles shot him in the head. He carried August’s body into an outbuilding and covered it with a blanket.

As if nothing happened, the couple ate their victim’s food and slept in his house. When Charles checked on August’s body, he noticed the blanket was not there. Someone might see the body; time to run.

Not yet far enough from the farm, their car was soon stuck in the mud. They hitched a ride from Robert Jensen (17) and Carol King (16). Charles forced Robert at gunpoint to drive the car back to a storm cellar at the farm.

Moments later, Robert and Carol were gunned down, and their bodies abandoned in the hole.

The killer couple took the car. When the police were notified of an abandoned vehicle on the dirt track leading to August’s farm, they searched the area and found three more bodies. 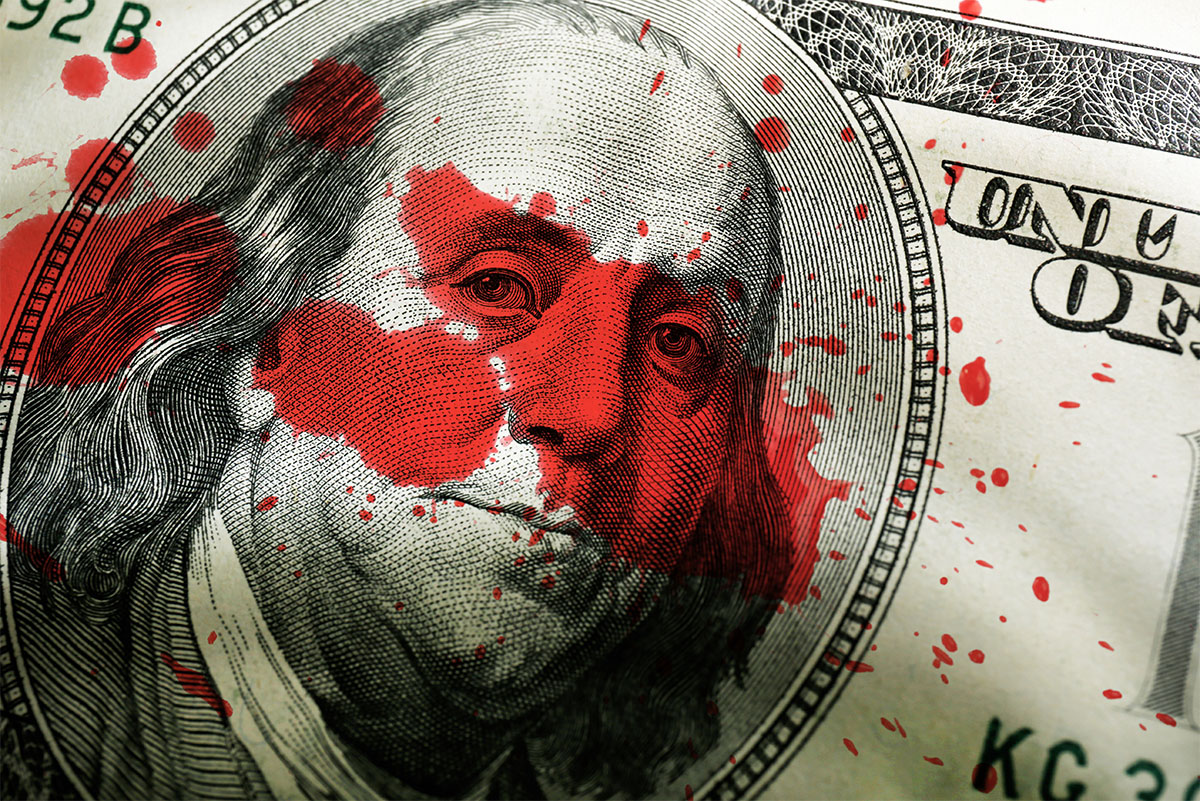 As the police were still busy scouring the farm and nearby area, Charles and Caril were some 20 miles away from Lincoln.

Charlie needed money for food and fuel to live on the run with his girlfriend, so he headed to the most affluent section of the town.

Their target was C. Lauer Ward, one of Lincoln’s wealthiest residents. In the house, they stabbed Lauer’s wife Clara and the housemaid Lilian Fencl to death. When Lauer arrived from work, Charles killed him too. The couple stole whatever they could. 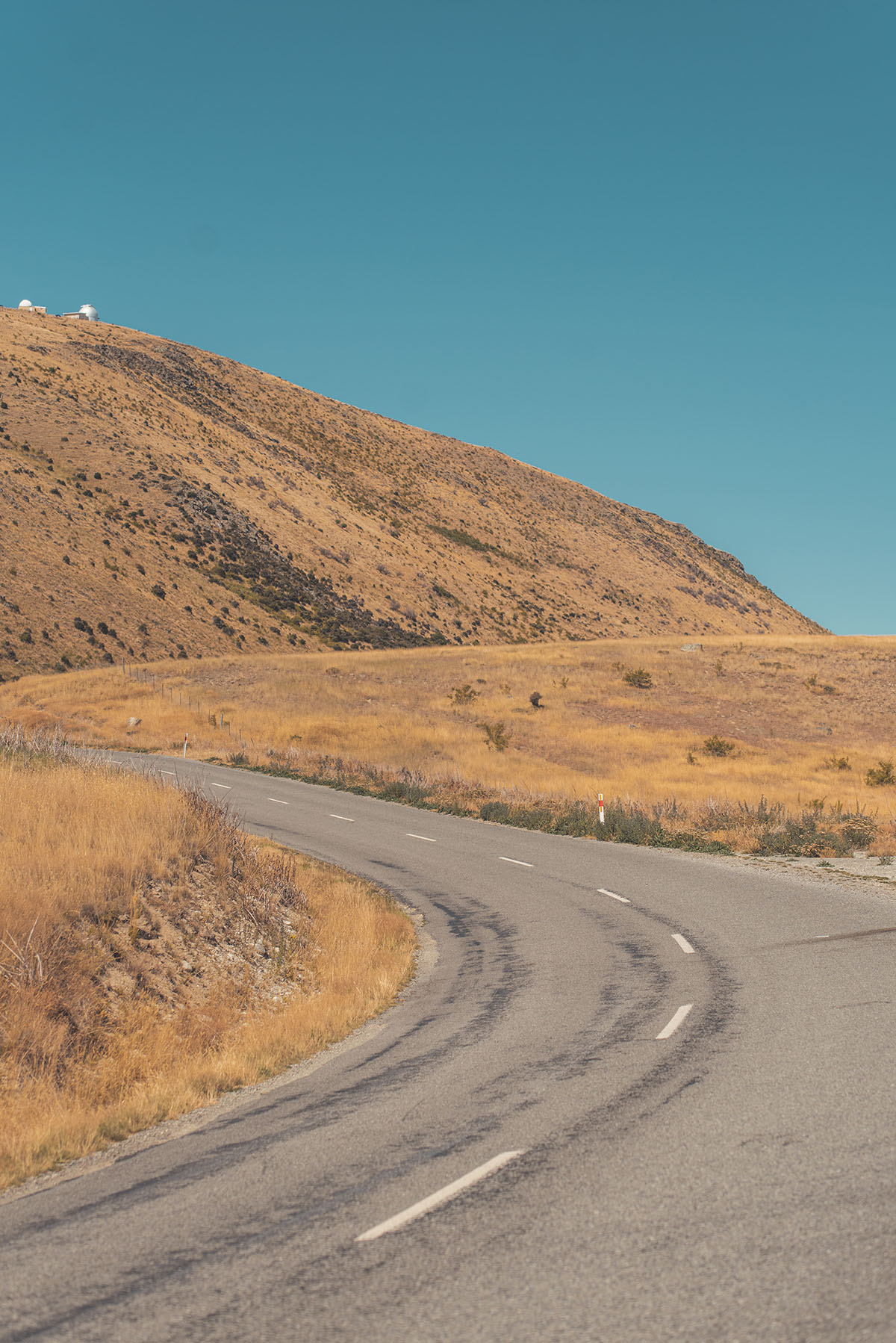 Charles and Caril drove all night after killing Lauer. When the police finished collecting evidence at the victim’s house, the killers were hundreds of miles away in Wyoming on Wednesday morning.

Just about 14 miles away from the city of Douglas, he saw a Buick parked on a side road.

The man inside was 37-year-old shoe salesman Merle Collison from Great Falls, Montana. Charles shot the man multiple times and stole his car. Merle died in the front passenger seat. 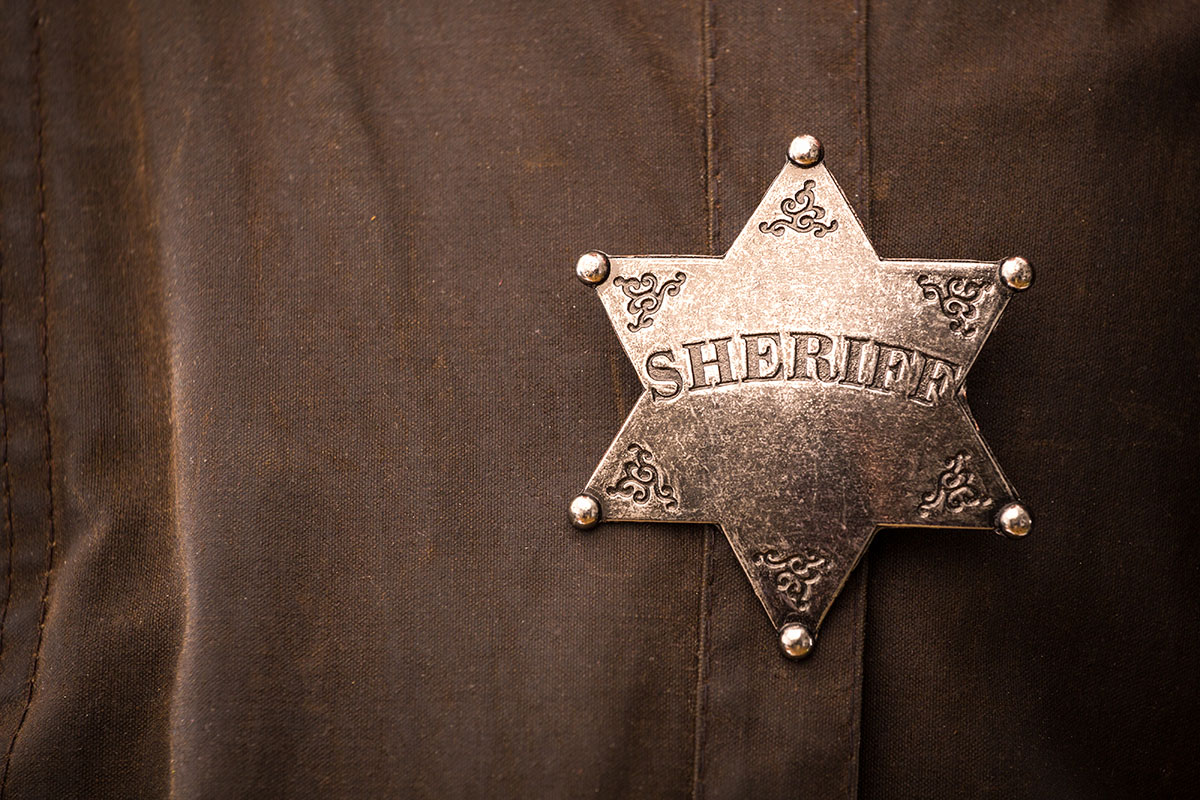 Caril sat in the back; then her boyfriend started the car. For some reason, Charles didn’t know how to release the emergency brake; the car wasn’t going anywhere.

Another driver, a geologist named Joseph Sprinkle, thought someone had car trouble, so he stopped to offer help. As Joseph approached, Charlie held him at gunpoint.

The two struggled just as William Romer, a local deputy sheriff, came by. Both Joseph and Caril ran up to Romer while Charlie rushed back to the Packard and drove away.

Deputy Sheriff Romer began his pursuit and ordered a roadblock. Among the officers responding to the call were Douglas Police Chief Robert Ainslie, who was in his car with Converse County Sheriff Earl Heflin.

At some points, the high-ranking officers chased the Packard at speeds exceeding 100mph through a roadblock.

Sheriff Heflin pulled out a carbine and shot it at the back window of the evading vehicle.

The glass shattered, Charles bled, and the Packard came to an abrupt stop. Charles thought he had been shot, but a piece of the broken window only caused the bleeding.

Exhausted but without remorse, Charles and Caril were first jailed in Douglas, Wyoming.

At the arrest, the authorities were convinced that the couple had collectively killed ten people starting with Caril’s stepfather, Marion Bartlett, on January 21, ending with Merle Collison on January 29, and 8 more people in between.

Before they were deported from Wyoming to Nebraska on January 31, Charles also confessed to the murder of a service station employee Robert Colvert on December 1, 1957.

Charles Starkweather and Caril Fugate were subsequently charged with first-degree murder. Both were found guilty but received different penalties. Charles was sentenced to death on May 23, 1958.

He was executed in the electric chair two months later at the Nebraska State Penitentiary.

It would be the last execution by electric chair in the state until 1994. Caril Fugate was sentenced to life imprisonment at the Nebraska Center for Women, where she served no more than 18 years until her parole in June 1976.