Everyone knows the scale of success of films like The Wizard of Oz (1939), and Meet Me in St. Louis (1944), big hits during their time, and all-time classics nowadays.

However, what is not often known is the extent to which Judy Garland, the legendary Hollywood star, civil rights activist and diva of the twentieth century that starred in them both, ended her days in near-poverty and poor health after decades of financial mismanagement, and the physical toll that her myriad roles in show business (as well as her history of life-long substance abuse) had on her body.

Far away from her early days of glory as a sixteen-year-old who received the Juvenile Academy Award for her role as Dorothy in the Wizard above of Oz, The Los Angeles Times laconically reported in the morning of June 23, 1969: “Judy Garland, who paid a tragic price for the life of the show-business superstar, died in London Sunday. She was 47.”

Whether you’re a big fan of Garland or not, there is no doubt something poignant in the final days of a fading superstar. Keep reading, then, as we review ten facts about her last days and her early death.

Two years before her death, Judy confessed in an interview for McCall’s magazine: “Do you know how difficult it is to be Judy Garland? “And for me to live with me? (…) I’m told I’m a legend. Fine. I certainly didn’t ask to be a legend. I was totally unprepared for it.”

And indeed, Garland had been suffering from depression her whole life, being in psychiatric treatment at eighteen and having already three nervous breakdowns at twenty-three.

In the thirteen years that she and her first husband Sid Luft were married, she attempted suicide no less than twenty times.

This complicated mental state didn’t recede in her later years and would, to an extent, play an essential part in her death.

By those later years, also, she had been suffering from grave financial problems as a consequence of both her generosity towards friends and family (which she would help financially as often as she could) and, especially, the embezzlement of her earnings by her agents Freddie Fields and David Begelman.

8 Four Marriages And One More

Neither helped her with the repeated abuse that she suffered from some of her husbands. Her third husband, Sid Luft, forced her to commit an abortion during her youth to maintain her public image as a young girl.

In 1963 she finally divorced him; she married Mark Herron two years later, in 1965, who also abused her physically and mentally (though Herron claimed only to have hit her in self-defense).

She would then divorce him in 1969, only to marry that same year then ten-years-younger Mickey Deans, a nightclub owner. The absence of a long-time loving, caring partner did nothing but enable her to spiral out of control with each failed marriage.

Already severely financially strained in 1963, Garland attempted to make some extra income from accepting an offer from CBS to produce a television series, which would be entitled The Judy Garland Show.

Though critically praised, this show proved to be insufficient to revive her career, which by this time was languishing severely in comparison with her early success of the 1930s and 1940s.

Unable to compete with other, far more successful shows as Bonanza, The Judy Garland Show was canceled after just one season in 1964.

And the hits kept on coming as, in that same year, she was booed and driven off stage by an angry crowd at a Melbourne concert, during a tour around Australia.

Unable to appear on stage until an hour after the expected starting time (which had, in the past, also been the cause of her dismissal from the MGM studios), the audience believed that Garland was drunk when she eventually appeared on stage, which ignited their anger.

After 45 minutes of being booed and interrupted continuously with insults, she fled the scene.

Eventually (and after having to sell his own house for a low price to make some quick money), some financial relief came for Judy in the form of a twenty-seven-show contract with the New York’s Palace Theatre.

Owning 75% of the revenue, the last show alone produced over $200,000 for the artist, but on that same night, a group of IRS agents was waiting for her backstage. They immediately took away most of the income as payment for her debts with the government agency.

By 1969, Judy Garland was almost in her bare-bones, mentally and physically.

After suffering from serious self-image problems that lead her to be practically bulimic for her whole adult life, and, as her obituary said, having “suffered from hepatitis, exhaustion, kidney ailments, nervous breakdowns, near-fatal drug reactions, overweight, underweight and injuries suffered in falls,” her last husband Mickey Deans found her dead in the bathroom of the house that they were renting in Cardigan Lane, London. She had just turned forty-seven years old. 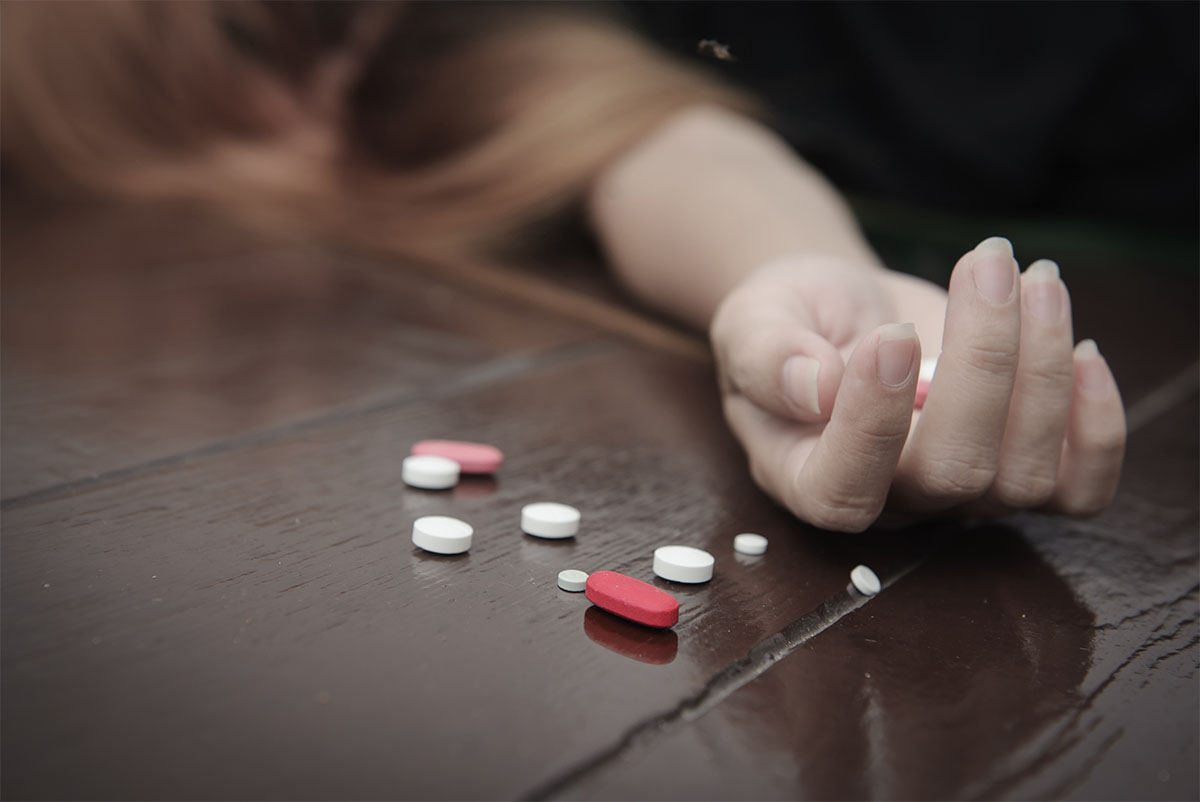 The accusations of suicide were immediate, with many speculating that the actress and singer had finally managed to take her own life.

After the public learned that barbiturates had been involved as the physical cause of her death, there was not much doubt about suicide being the psychological motivation for their ingestion. But Judy Garland had a last surprise for her critics: that she died standing strong. 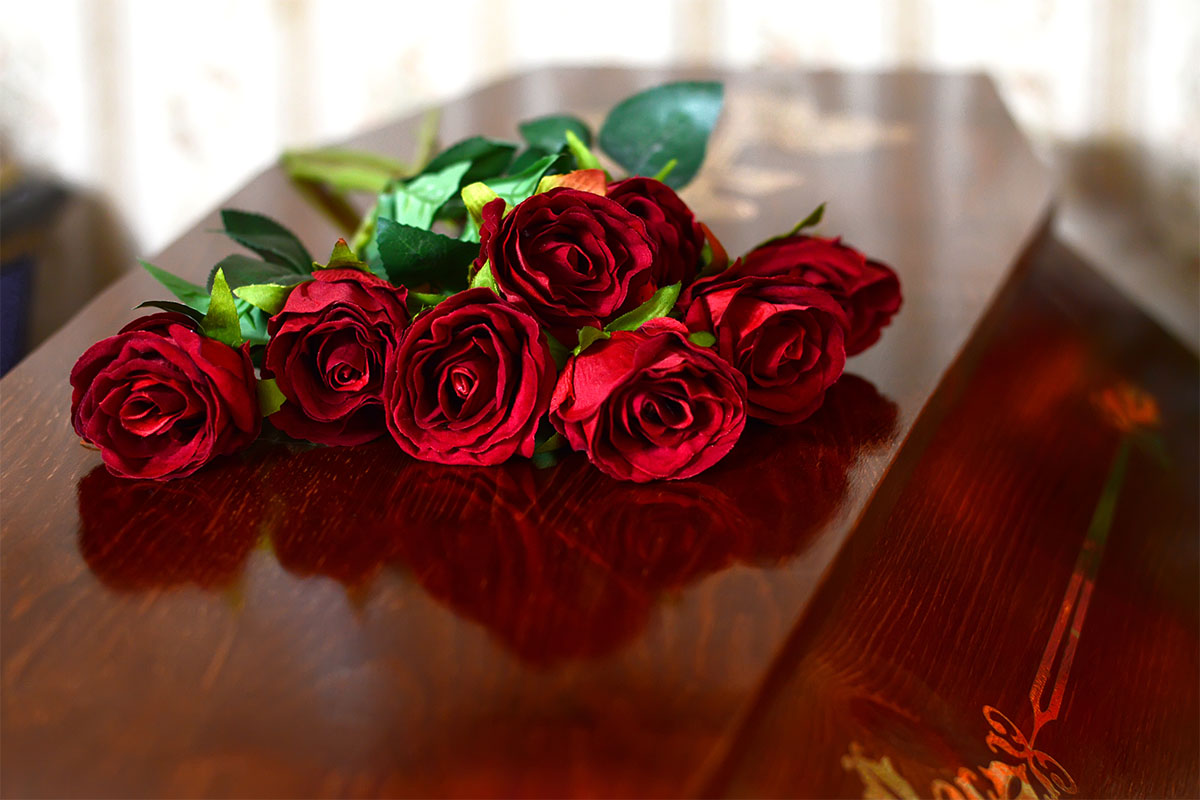 In fact, at the inquest, the coroner revealed that it was her long-time addiction to barbiturates (that she had once called her’ bolts and jolts’) that slowly poisoned her to death.

The autopsy showed that she hadn’t taken the anxiolytics and anticonvulsants all at once, but over the years, and this build-up of barbiturates eventually produced an overdose.

At her funeral, her Wizard of Oz co-star Ray Bolger summed her death in short words: “She just plain wore out.”

Garland’s body was embalmed and brought to America, where she was interred in Ferncliff Cemetery in New York.

Before that, it is estimated that over twenty thousand people assisted her lying in repose at the Frank E. Campbell Funeral Chapel in Manhattan.

Resting in peace, her debts would nevertheless continue to press upon her heirs, most notably her daughter Liza Minnelli, who had to pay off her debts by working alongside her mother’s close friend, Frank Sinatra.

Only nine years after, in 1978, a sale of some of her belongings finally settled the matter of her inheritance and financial troubles and gave her, in death, the repose that she never could find alive.