In the 2004 thriller film Collateral, Vincent (the hitman) says that he cannot wait to leave each time he is in L.A. because the city is too disconnected.

He continues describing L.A. as inhabited by 17 million people, supposedly one of the biggest economies in the world, yet nobody knows each other.

Vincent then tells a story to Max (the taxi driver) about a man who took a subway train and died inside. Even those are sitting next to the man, people on the train didn’t even notice he had been dead.

The corpse took a six-hour ride around L.A. until someone finally realized the problem. It was depressing.

As disturbing as the story might be, a similar case happened in London. The body of Joyce Carol Vincent was discovered in January 2006 by bailiffs who made a forced entry into her flat to repossess the property due to unpaid rent.

Her remains were severely decomposed and primarily skeletal. By then, it was estimated she had been dead for three years. The flat was in Wood Green, one of north London’s busiest sections.

The body of a woman, identified as Joyce Carol Vincent (born October 19, 1965), was found lifeless in her rented flat in north London.

The Metropolitan Housing Trust (MHT) staff visited on January 25, 2006, to repossess the flat. They forced entry by drilling the door open and came across the heartbreaking scene inside.

Her remains had long decomposed to the point where the only way to make identification was to compare dental records with a photograph.

A spokesperson for the coroner said she had been placed in the accommodation as a victim of domestic violence. 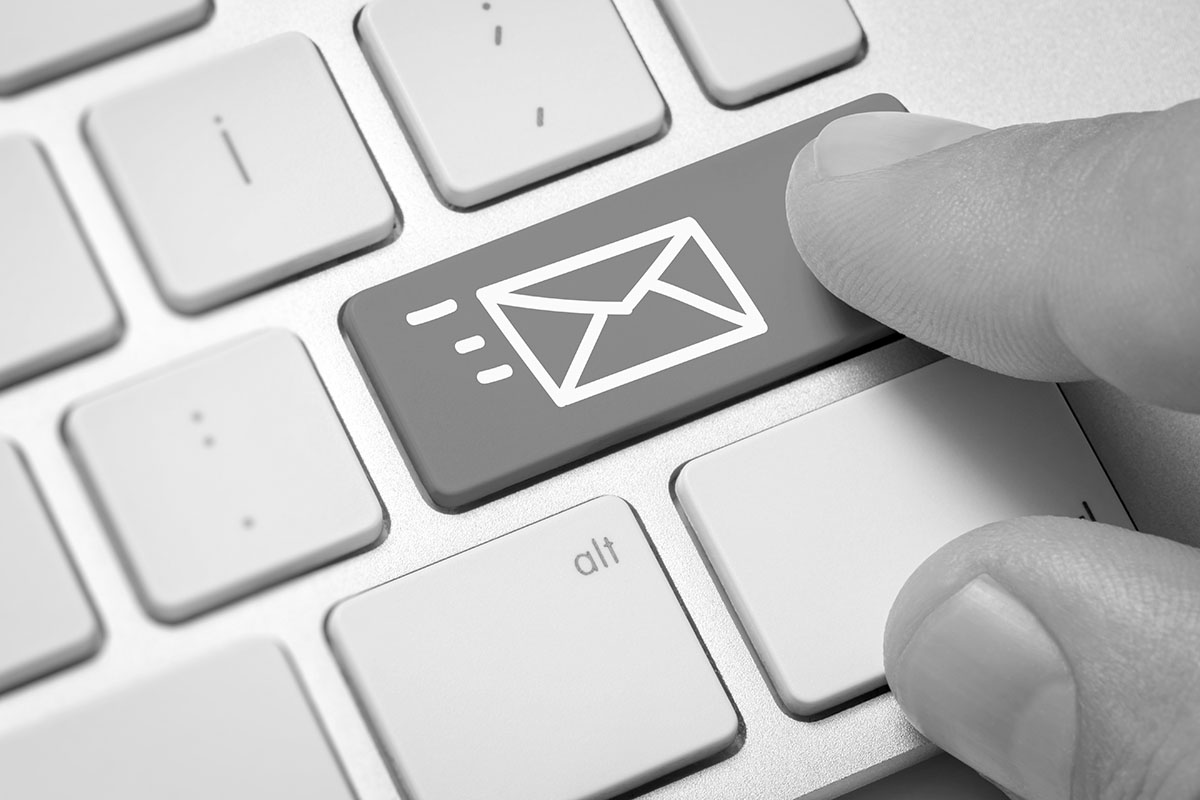 Based on other items found in the flat, it appeared that Joyce had died a long time before the discovery. When staff from MHT gained access inside, they discovered emails marked February 2003.

Some foods and medications had expired three years before the discovery. The MHT was not contacted by any family or neighbor concerning her whereabouts throughout the time.

The staff visited when an alert came up about the accumulated unpaid rent. Some neighbors knocked on the door now and then, but they assumed the flat was unoccupied because no one answered. 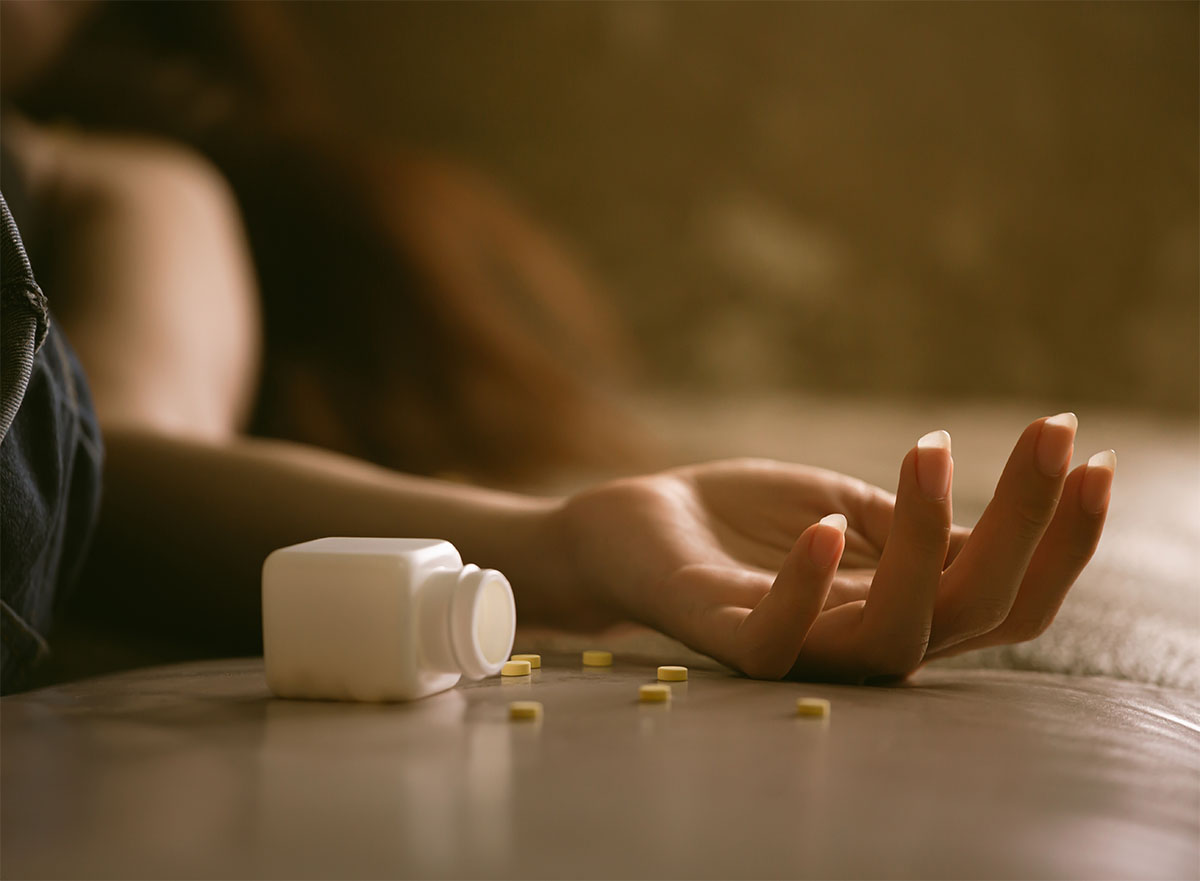 Michael Dobbs, who moved into the same complex in 2004, assumed that it was an empty flat. He said the building was always noisy and frequented by drug addicts.

No one could have heard the T.V., which was on all the time, with all the noises outside. Michael said he had also discovered a dead body holding a drink bottle in the lift just weeks ago.

As for the stench, it was impossible to notice whether it came from a dead body in a neighboring flat or the rotten garbage in the bins downstairs. 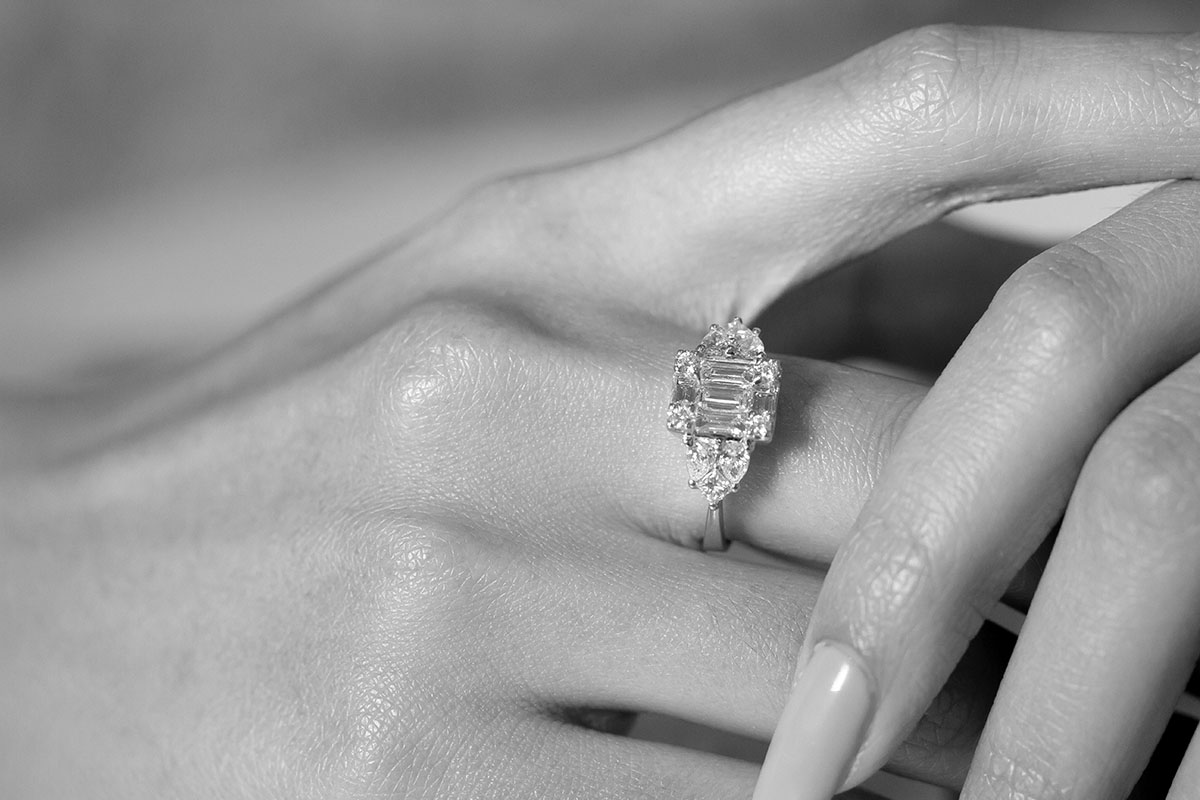 The decomposed body was still fully clothed. The police said the condition of the body and the flat did not indicate any sign of foul play; there were no known suspicious circumstances surrounding the death.

Family members said that Ms. Vincent was born in Hammersmith, west London. The family knew she was engaged, but they were unaware of her marital status after the engagement.

According to Dr. Simon Poole, the pathologist who handled the examination of the corpse, it was impossible to determine the exact cause of death due to the advanced stage of decomposition.

The remains had mainly been skeletal when MHT staff entered the flat. The body was found in a sitting position on a sofa in front of the T.V.

Ms. Vincent moved into the property in February 2003; if the expiry dates of the foods and medications were used as indications of the time of death, she must have died not long after the relocation.

The death of Joyce Vincent became the subject of a 2011 drama-documentary film, Dreams of a Life, directed by Carol Morley.

The idea for the movie came up after she read a brief newspaper article about death.

To gain more insight into the life of Ms. Vincent, the director placed advertisements and made inquiries into the people who knew her. One of the first responses was from Martin, a former boyfriend.

The film mostly raised the question about the likelihood of undiscovered death and past events leading to Ms. Vincent’s circumstances when she died. 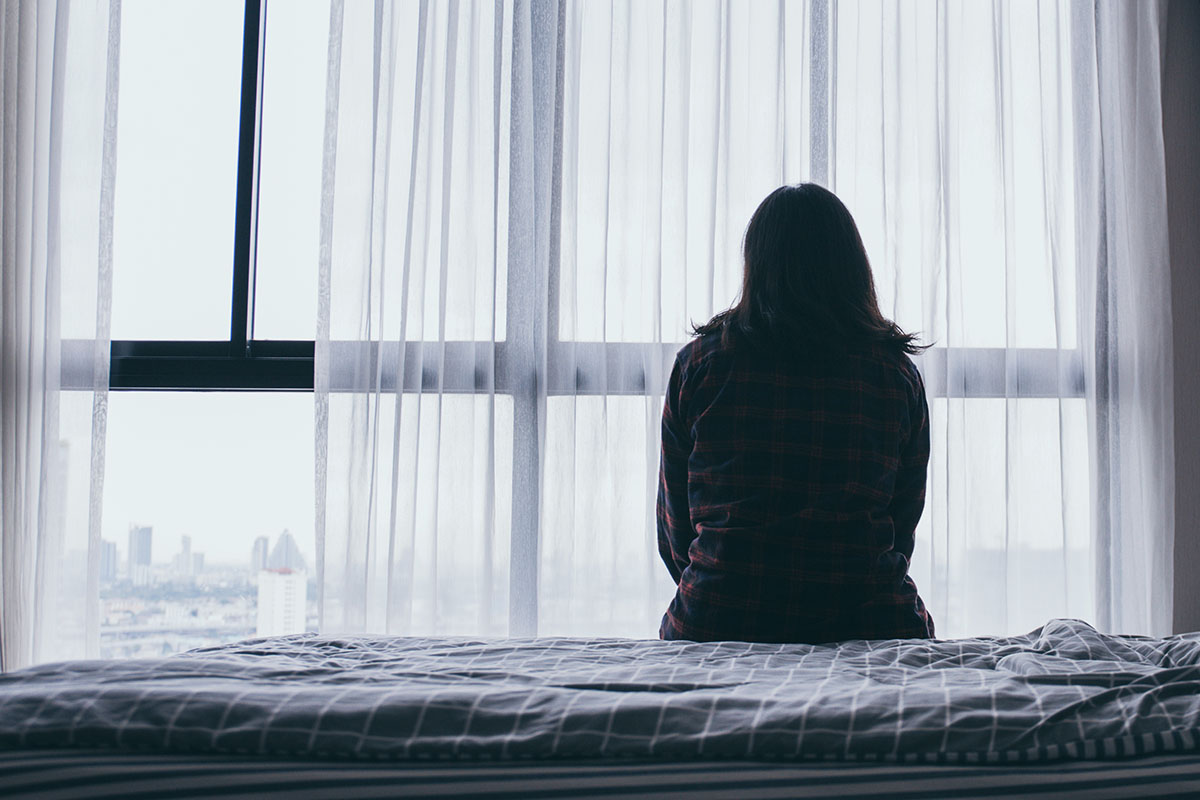 The documentary offers a lot of suppositions and possibilities, but there are no definitive answers to the questions it brings up.

Official inquiries have already answered most more minor mysteries. For example, Ms. Vincent was a victim of domestic violence who needed a new place to stay safe from harm.

She received help finding the property and that the housing benefit was responsible for paying the rent.

Most likely due to the issue with an abusive partner (fiancée, husband, or boyfriend), she distanced herself from everyone in an attempt to hide. 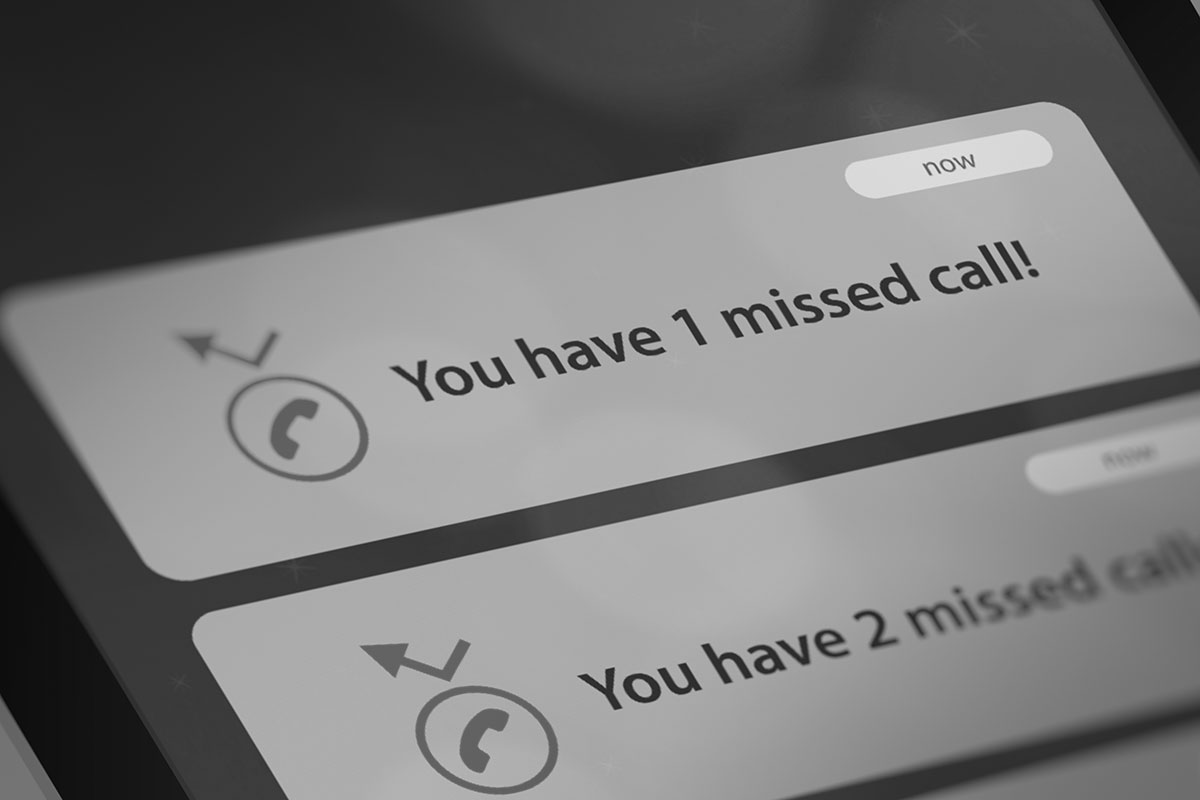 Even the lonely, who sometimes can go unnoticed in the busy section of a big inner-city, still have someone or two to talk with.

In the case of Ms. Vincent, some acquaintances said she would not return calls. She was also known to change boyfriends without telling anyone.

When she moved from one address to another, which happened quite often, she didn’t bother letting anyone know either.

Since there was no tissue left in good enough condition to examine, the coroner ruled the cause of death as “unexplained.”

Later on, it was revealed that Ms. Vincent could not have died in February 2003 because she was hospitalized for two days after vomiting blood in November.

She was diagnosed with a peptic ulcer. Her medical history suggested she also had asthma. Ms. Vincent neither took drugs nor drank alcohol to excess, and she was not a smoker. Officials thought she died sometime in December 2003.

It did not take long for the flat to get a new tenant. In April 2006, Dayne Williams and his mother moved in. The flat was not exactly spacious, with just one small room, a bathroom, and a kitchen.

No windows provide direct sight into the interior, and it was part of a purpose-built complex constructed in the 1980s.

When asked about Joyce Vincent, the new tenants claimed they were shocked to learn about the gruesome discovery just a few months earlier. No one, including the MHT, told them about the previous tenant.