Determined, persistent, relentless efforts to fight for equality and civil rights have made many vital marks throughout American history.

Although the founding documents of the United States have affirmed equal rights all along, many new inhabitants who came to the country were and have been denied fundamental rights; some would say the inequality persists today, especially against black citizens.

Even after World War II, in which the U.S. played a leading role, Black American soldiers returning from the war still found the essentially unchanged prevalence of racist violence in their home country.

A series of racial injustice tragedies sparked the American civil rights movement, which came to prominence in the mid-1950s.

Sgt. Isaac Woodard Jr. was a victim of one of the most brutal acts of violence against black soldiers in the United States.

After being honorably discharged from the Army in February 1946, he took a bus on his way home in Winnsboro, South Carolina.

Following a dispute with the bus driver over Woodard wanting to use a restroom, the driver called the police, who then forcibly removed him from the bus. He was beaten and blinded. 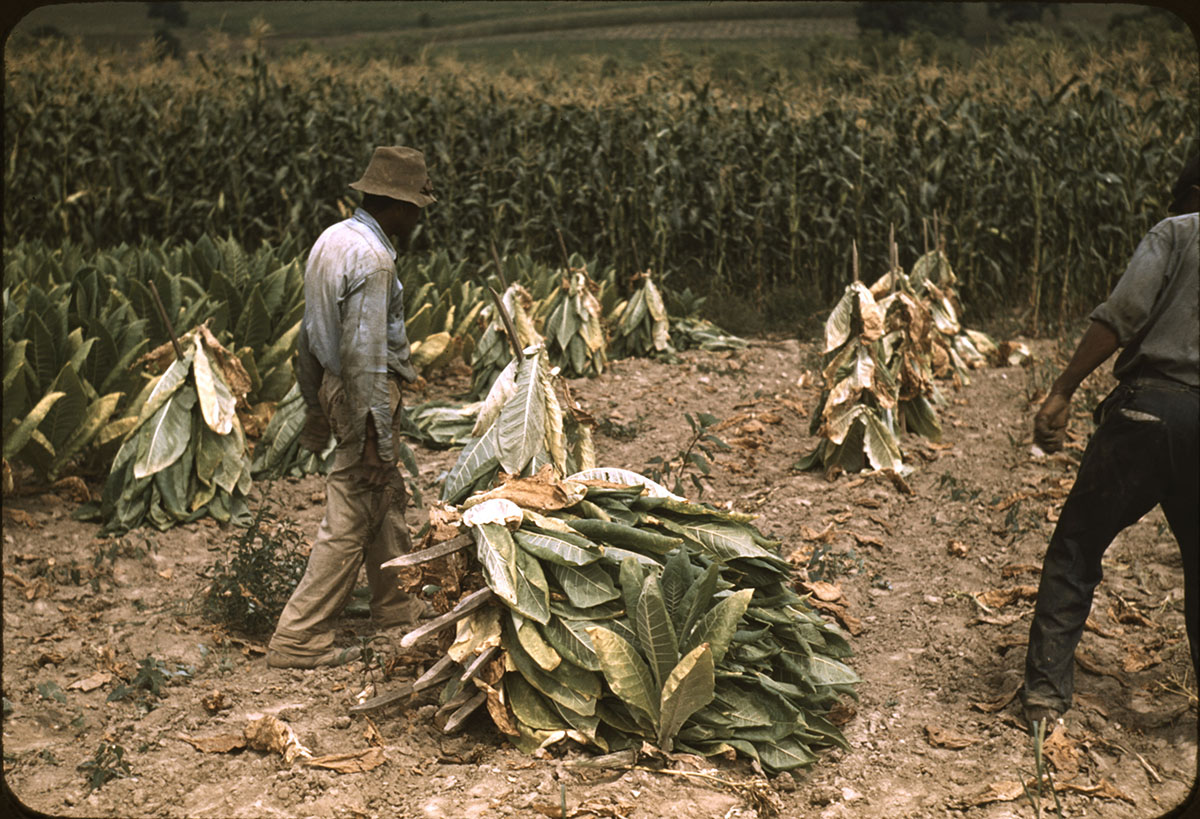 10 /10 Childhood Of Being A Sharecropper

Isaac Woodard was one of nine children, born on May 18, 1919, to Sarah and Isaac Woodard Sr. at a farm in Fairfield County, South Carolina.

Like many southern African Americans during that time, the Woodard family were poor and made their living as sharecroppers, farming land that belonged to whites.

His work in the fields caused him to miss school. Woodard ended his formal education after finishing the fifth grade at 11 years old. He left home at 15, venturing out to search for better opportunities. 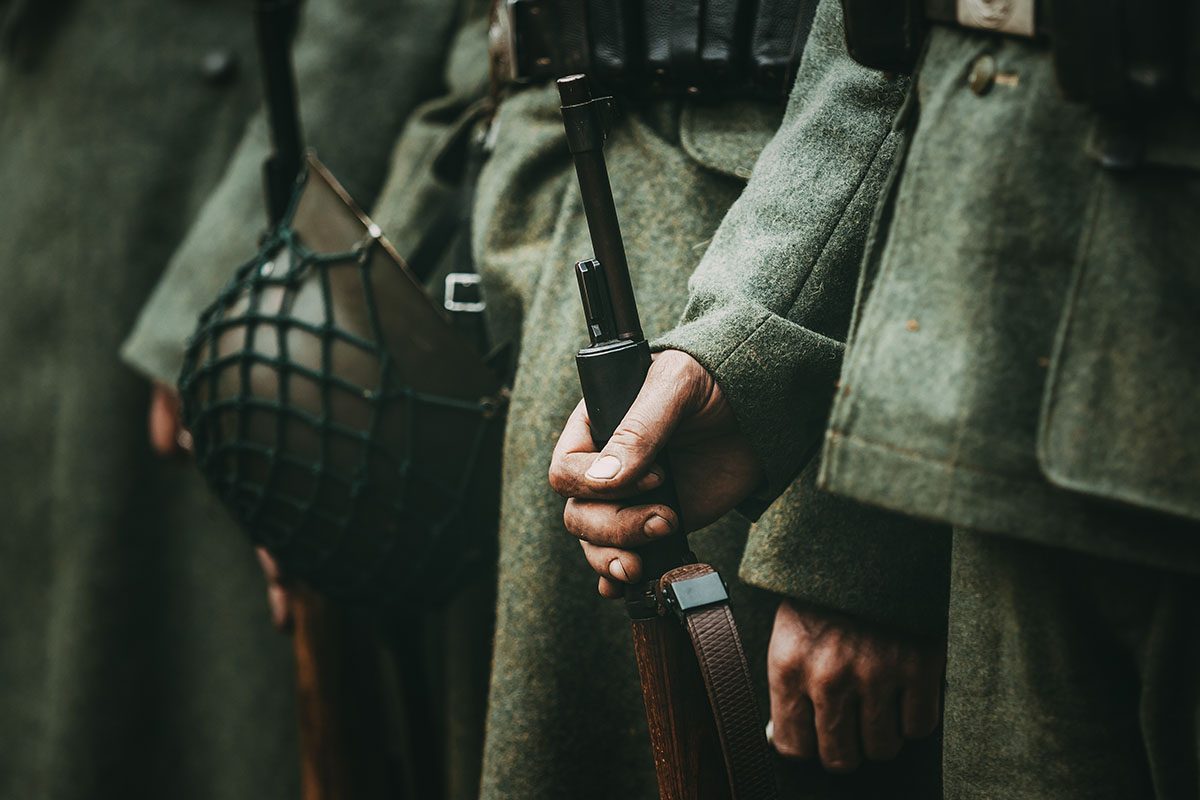 Woodard was drafted into the Army in 1942 for World War II. As many as 675,000 southern black soldiers served the U.S. military abroad during the war.

Many of them hoped that putting their lives at risk for their country would lead them to a better life and more engaged participation in American society at large.

He completed basic training in Bainbridge, Georgia. After a series of further training in Pennsylvania, Virginia, and California, Woodard was shipped out to the South Pacific in October 1944. 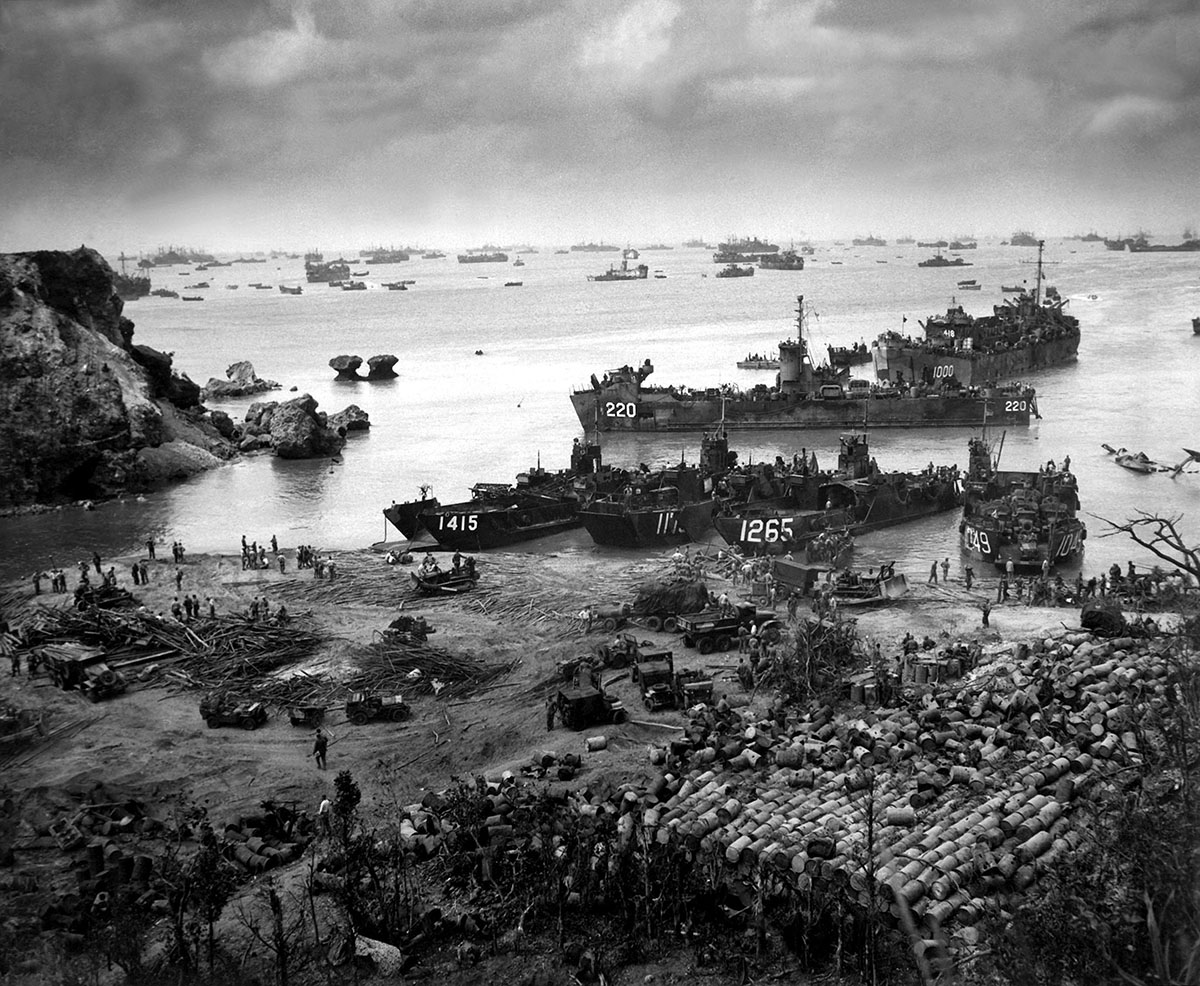 In the 429th Port Battalion, a segregated combat support unit in the Pacific Theatre of World War II, Woodard served as a longshoreman.

By the time he arrived at the Pacific Theater, the naval campaign in New Guinea had been underway for about two years. The American and Australian troops had endured casualties.

He had a limited active role in the war as a longshoreman. He helped sustain the Allied troops in their battles to recapture New Guinea Island from the Japanese.

Throughout his time in the military, Woodard served with distinction. He would eventually earn a promotion equivalent to sergeant rank for his capability and leadership.

He was not particularly large in stature – at the time of his discharge, Woodard was 5 feet 8 inches, weighing 148 pounds.

Woodard was also awarded a battle star for service in a combat zone, the Asiatic-Pacific Medal, the American Campaign Medal, and the World War II Victory Medal.

Despite their limited role as a longshoreman, he finished his military service as a decorated soldier. 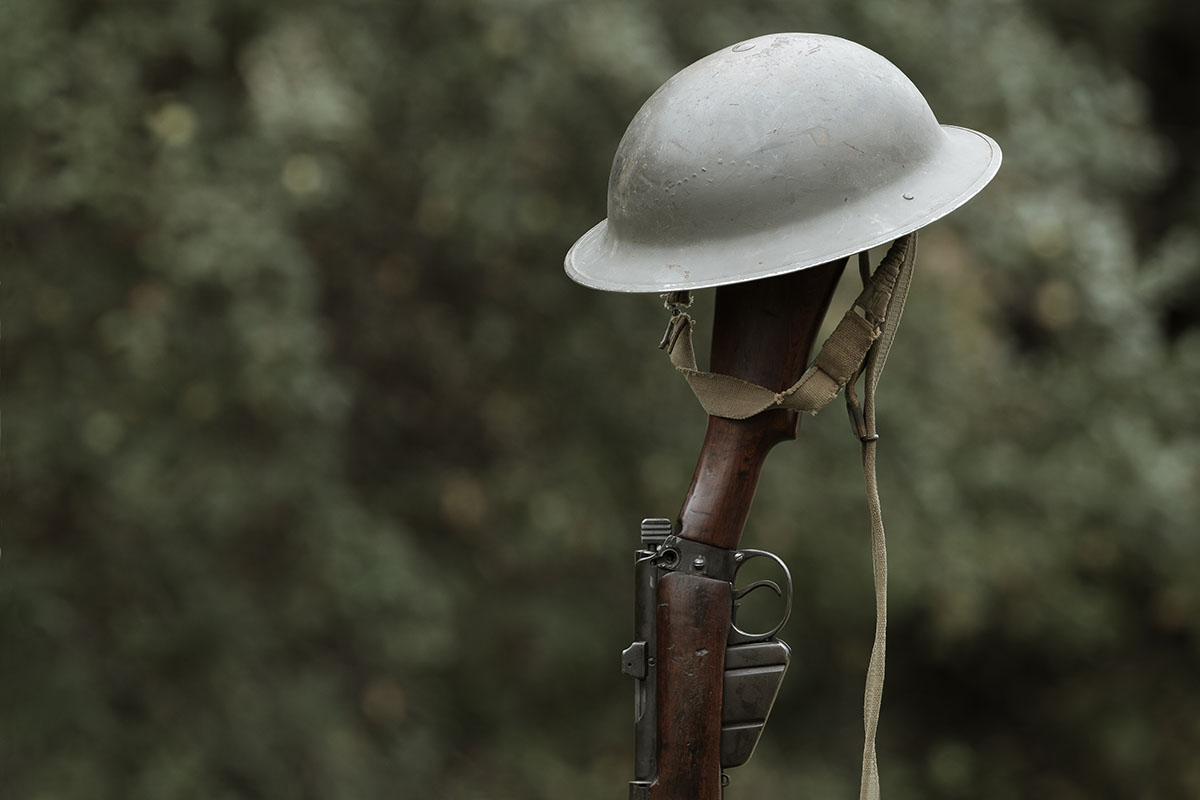 The immediate plan was to get on a Greyhound bus and head back home to see his family in Winnsboro, South Carolina.

Journey home turned out to be just as dangerous as a war zone for Woodard. Combat experience in the Pacific during the war did not prepare him for what he was about to face in his home country.

The hope of seeing and reuniting with family would soon tragically disappear.

Somewhere along the route on the Greyhound bus, Woodard asked the driver if he could disembark to use the restroom.

The driver cursed at him and refused to stop. It remains unclear what happened on the bus, but the driver called the police at the next stop.

In a South Carolina town of Batesburg, the local police chief, Lynwood Shull, arrived to remove Woodard from the bus. Woodard, who was still wearing his Army uniform, was then arrested and taken into custody.

Inside the jail, he was brutally beaten, and his eyes were gouged out using a police baton. 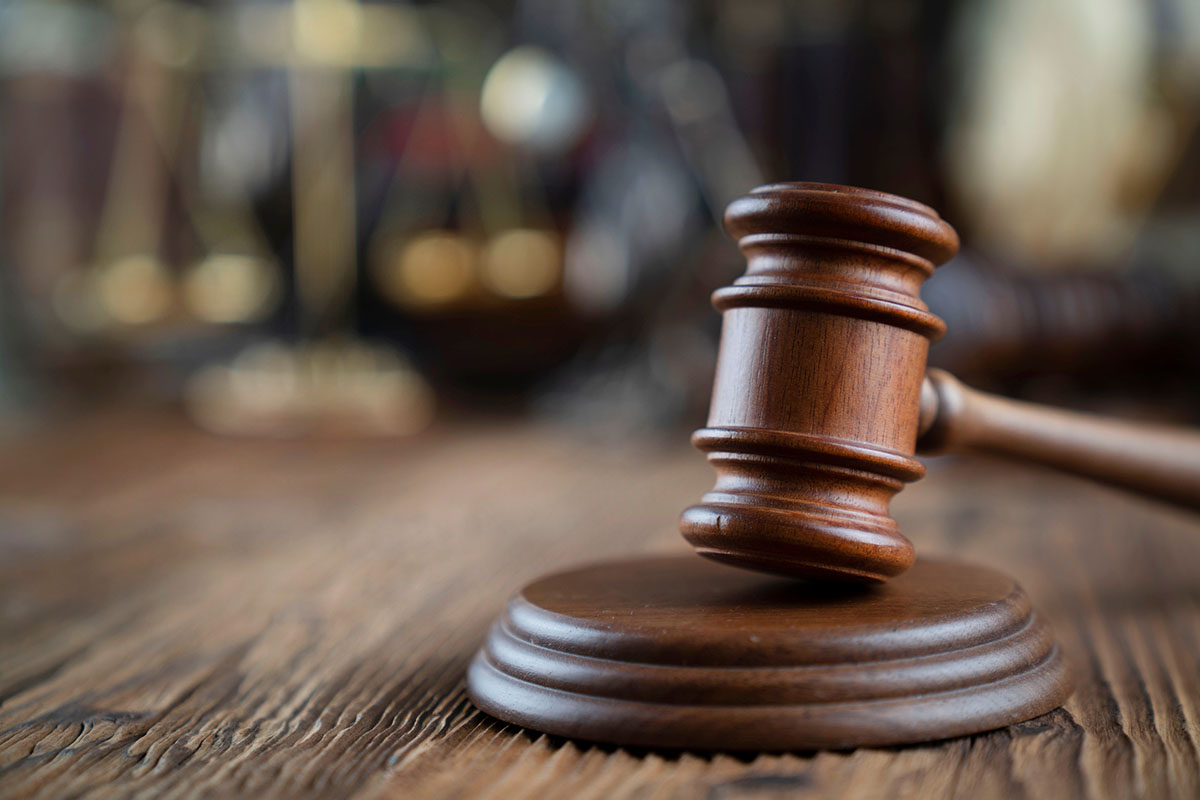 Woodard was led to the city court the following day. Still, in uniform, he appeared before a local judge who then convicted him of drunken and disorderly conduct. Woodard was ordered to pay a $50 fine.

Even with the apparent severe injuries to the eyes, Woodard did not receive any medical attention until three days after the attack.

When eventually he was taken to a V.A. hospital in Columbia, South Carolina, doctors determined that the injuries had caused permanent blindness. His wife, unprepared for life with a blind husband, decided to leave the marriage.

Black reporters and news outlets spread the story of the blinding of a World War II veteran. The publication reached well beyond the South to the attention of President Harry Truman.

A federal inquiry was underway to investigate white law enforcement officers for violating the civil rights of a black person.

The case went to trial, and in court, Police Chief Lynwood Shull said he had acted self-defense, striking Woodard only once. An all-white jury took no more than 28 minutes to give a not-guilty verdict to Chief Shull.

Even the V.A. was not on Woodard’s side at first. Since the blinding happened after he had been discharged, the V.A. initially agreed to cover only part of the cost of his medical treatment.

His pension was increased to an equivalent of around $14,000 a year after Woodard had written a letter explaining his condition to his V.A. counselor.

In the summer of 1946, prominent celebrities like Count Basie, Billie Holiday, and Nat King Cole headlined a benefit concert for Isaac Woodard. A crowd of over 20,000 people gave Woodard a five-minute ovation when he took the stage. 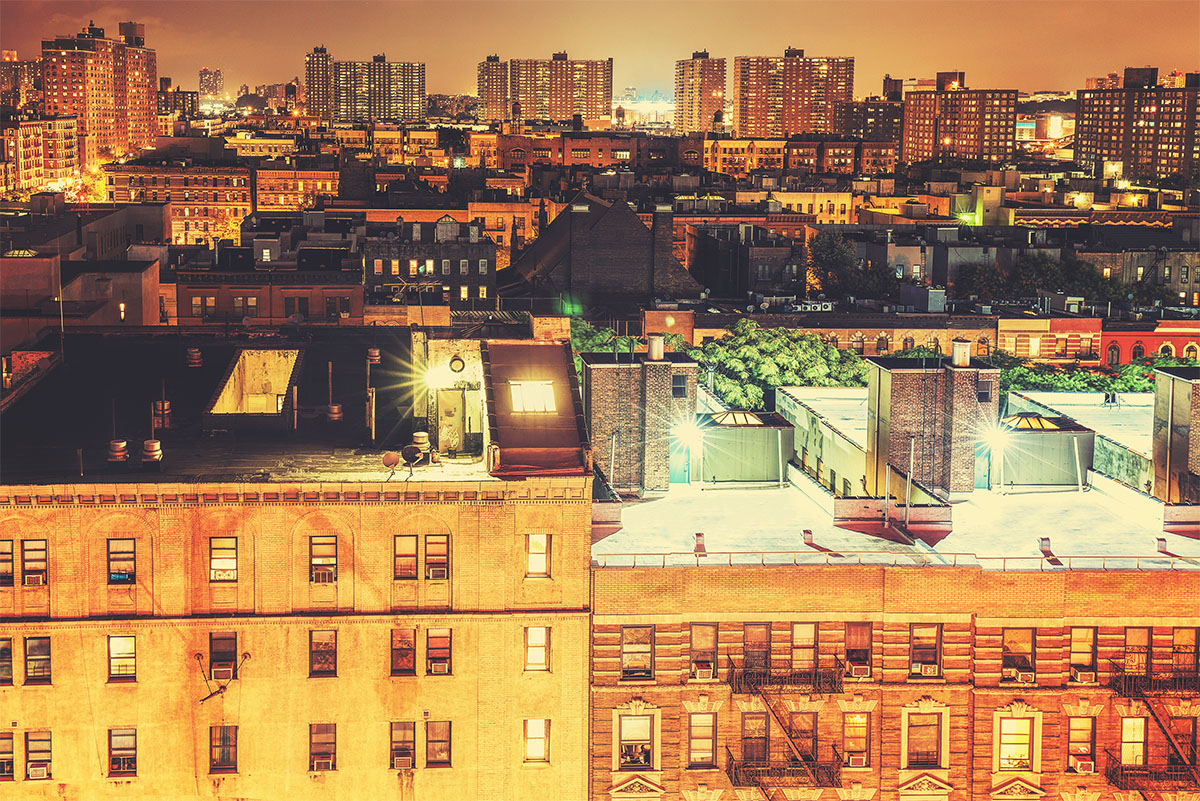 Thanks to the proceeds from the benefit concert, Woodard was able to buy a home in New York. Later on, the city claimed the home by eminent domain.

He took the money from the buyout to invest in a building in the Bronx and several businesses, including a small factory and funeral home.

Woodard’s family in New York took care of him until his death in 1992 at 73. His nephew and primary caretaker, Robert Young, remembered him as an understandably bitter man who just tried to live his life.