Both are pretty rare relative to the thousands of individuals arrested every year for murder cases. Parricide makes about 2 percent of all reported homicides, in which the victim-offender relationship is known, in the country.

A common defense argument is an act of self-defense against abusive parents. Children or adolescents are more likely to kill (than adults) to end the abuse. But it does not mean other causes are nonexistent.

Just recently, a Las Vegas teenage girl Sierra Halseth (16), and her boyfriend, Aaron Guerrero (18), took the life of the former’s father, Daniel Halseth (45), because they believed he stood in the way of their relationship.

Within only four days of the murder, the couple was arrested while trying to flee to Los Angeles. In the state of Nevada, a juvenile accused of murder is charged and tried as an adult. 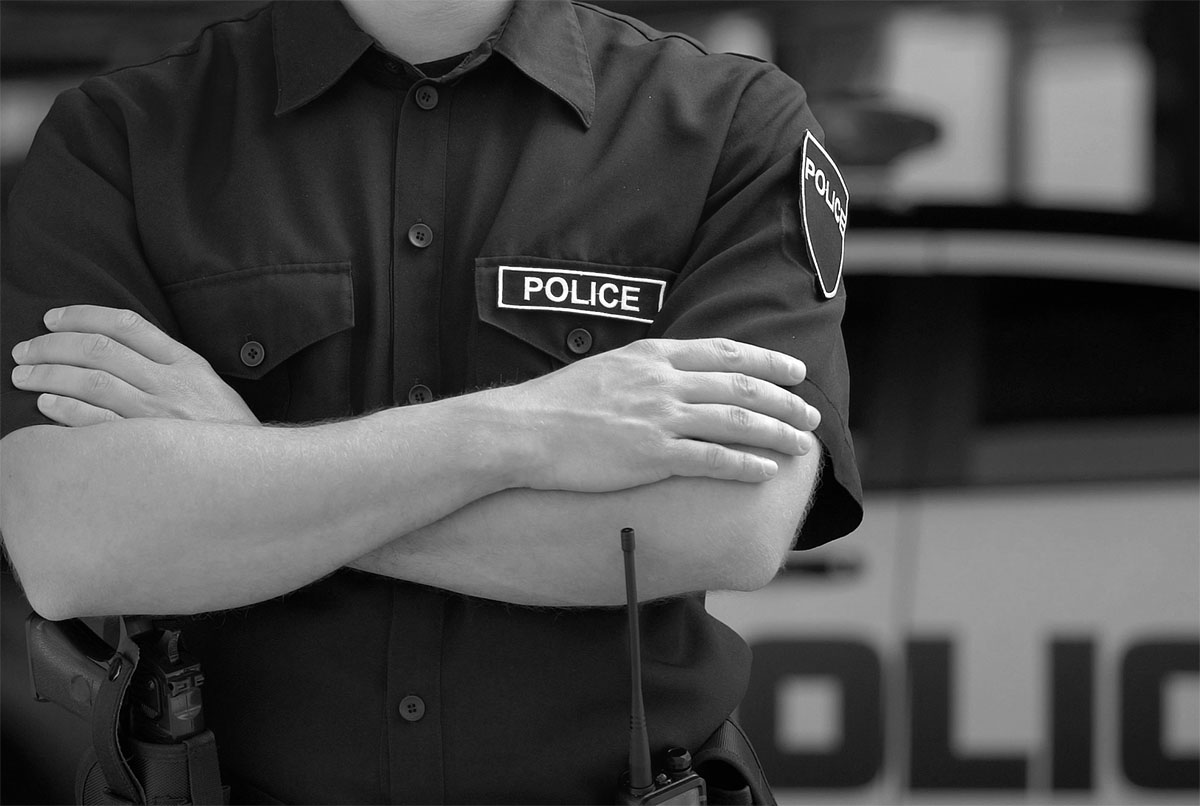 On Friday afternoon of April 9, 2021, officers and firefighters from the Las Vegas Fire and Rescue responded to a report of cardiac arrest at around 2:15 p.m. in the 8400 Block of Dunphy Court.

When the crews entered the home, they discovered a white male believed to be in his 40s, deceased inside.

Based on evidence found at the scene, the man had been killed before another person started a fire, which attempted to conceal a murder crime scene, according to the preliminary investigation.

The Clark County Coroner’s Office identified the man as Daniel Halseth from Las Vegas. Sharp force injuries ruled the cause of death.

Daniel Halseth was the ex-husband of former Nevada state senator Elizabeth Halseth, who has since remarried and now goes by Elizabeth Helgelien.

An autopsy report revealed the numerous wounds inflicted on him, including 70 sharp force injuries (most were on the head, neck, and torso).

His body had also been almost entirely burned. According to authorities, Daniel Halseth was murdered at the hands of his daughter and her boyfriend.

Of all 70 sharp force injuries in his body, 42 stabs and cuts were to the back of the body, extending from the posterior scalp to the lower back. Some wounds indicated that the killer/killers used multiple weapons with sharp and blunt ends.

Another massive injury was a cut through a major artery in the neck. Both of his lungs were punctured.

Other wounds were found on the left hand, left forearm, right fingers, right wrist, right thigh, and right shoulder. The autopsy document also said that one wound seemed to have been inflicted by a saw. 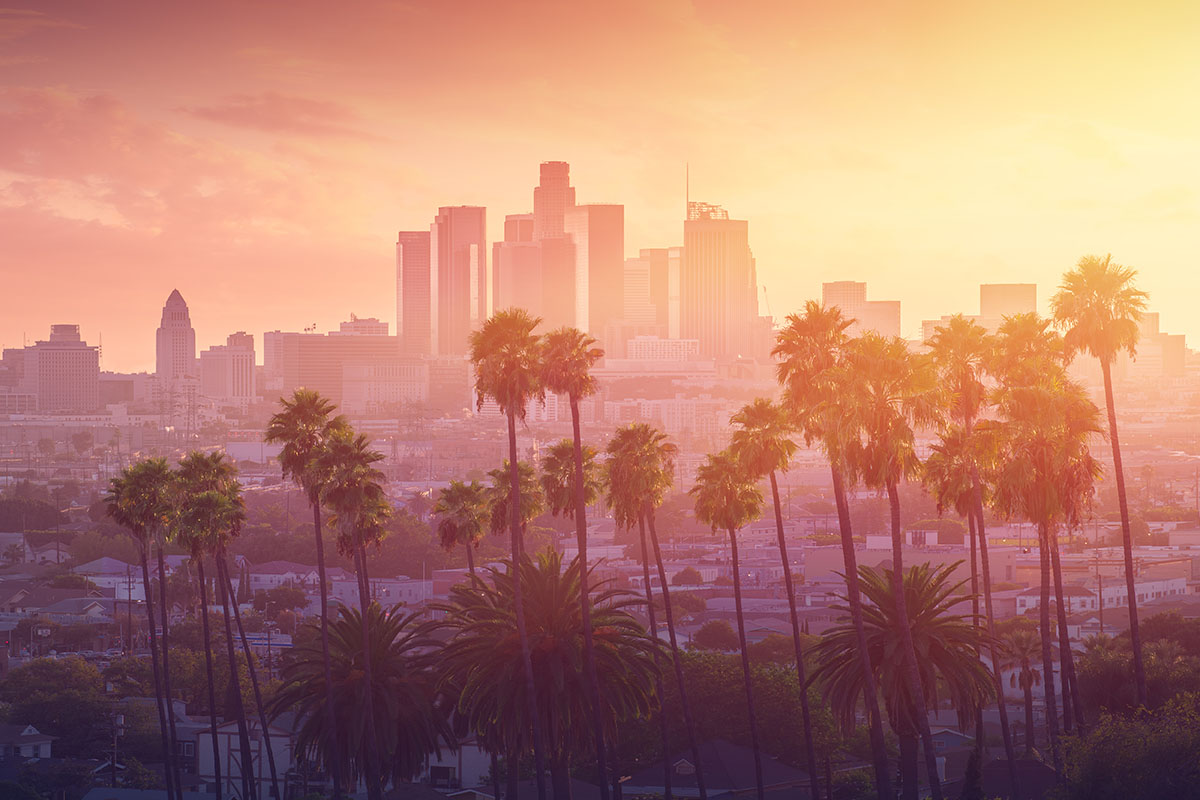 Elizabeth Helgelien said she and her ex-husband remained close and even shared a bank account. Records showed the account made multiple withdrawals at several ATMs; the final attempt was flagged for fraud.

She told police that her ex-husband was having difficulties with their daughter, specifically concerning Aaron Guerrero’s boyfriend.

Just hours after the investigation began, Aaron’s parents approached officers at the scene, saying their son might have been with the victim’s daughter.

After discovering the couple’s plan to run away to Los Angeles, both sets of parents agreed to forbid the couple to see each other. 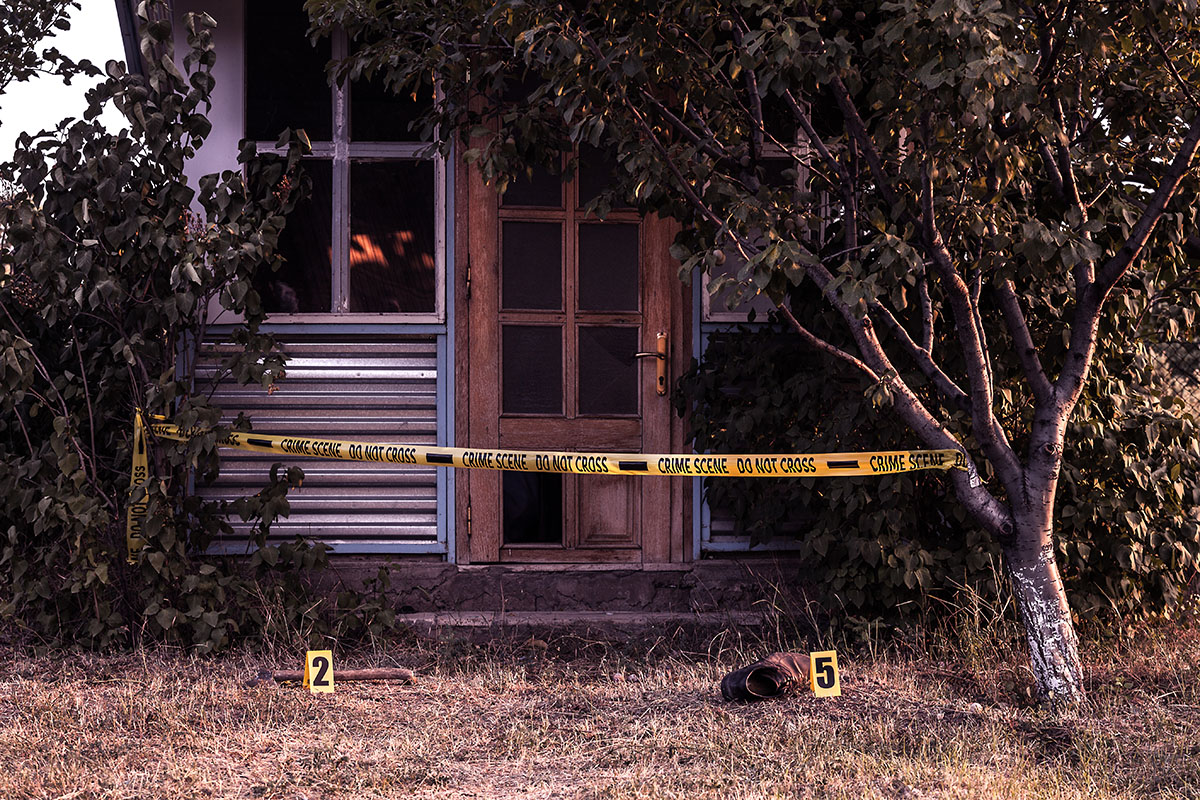 During a search of the house, investigators discovered evidence corroborating their suspicion. Among the clues, the killers left behind was a strong odor of lighter fluid and a large burn area with traces of blood nearby.

They also found the alleged murder weapons, including a handsaw with blood and tissue between the groves, a circular chain saw with extra blades, a new chainsaw, and two folding knives.

The condition of the house suggested an apparent extensive clean-up effort. What the suspects did after the murder could not hide their crime but became evident proof of it instead. 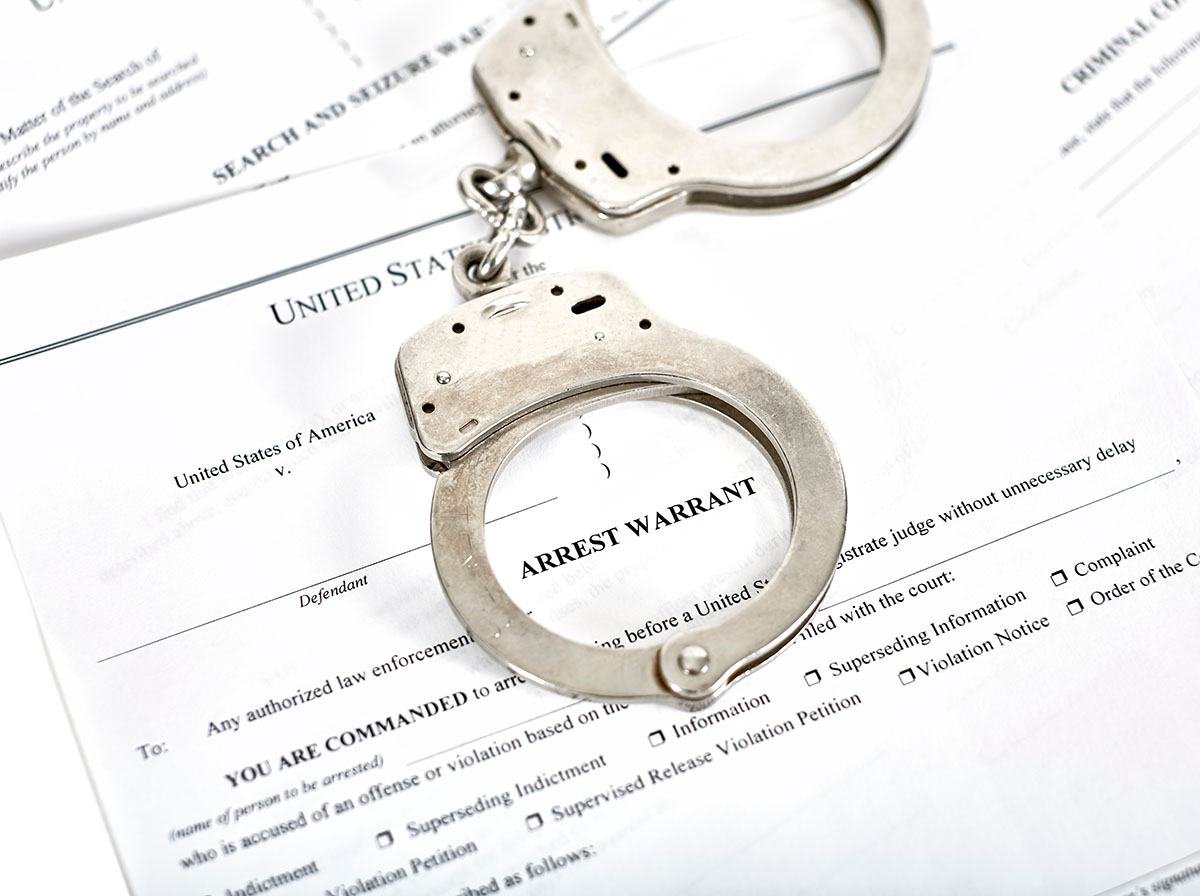 It did not take long for the Las Vegas police to issue an arrest warrant for Sierra Halseth and Aaron Guerrero. Surveillance video from the neighborhood showed a car registered to the victim, leaving the crime scene with two people inside.

A camera in a hardware store also captured the instance when Aaron was buying disposable gloves, saw, and lighter fluid. Meanwhile, in the grocery store, Sierra was purchasing bleach.

An arrest warrant stating the couple conspired to kill Daniel Halseth was issued that same day on April 9. Investigators believed they killed him because he wouldn’t allow them to date.

In their escape attempt, Sierra and Aaron took a light rail in downtown Salt Lake City on April 13. As they got of the vehicle, transit officers stopped them for failing to pay for tickets.

A quick background check showed there was an outstanding arrest warrant in Las Vegas for the teens. The officers subsequently arranged for immediate interstate extradition back to Nevada.

Juvenile accused of murder in the state of Nevada is tried as an adult. Prosecutors have said they will not pursue the death penalty for both suspects. 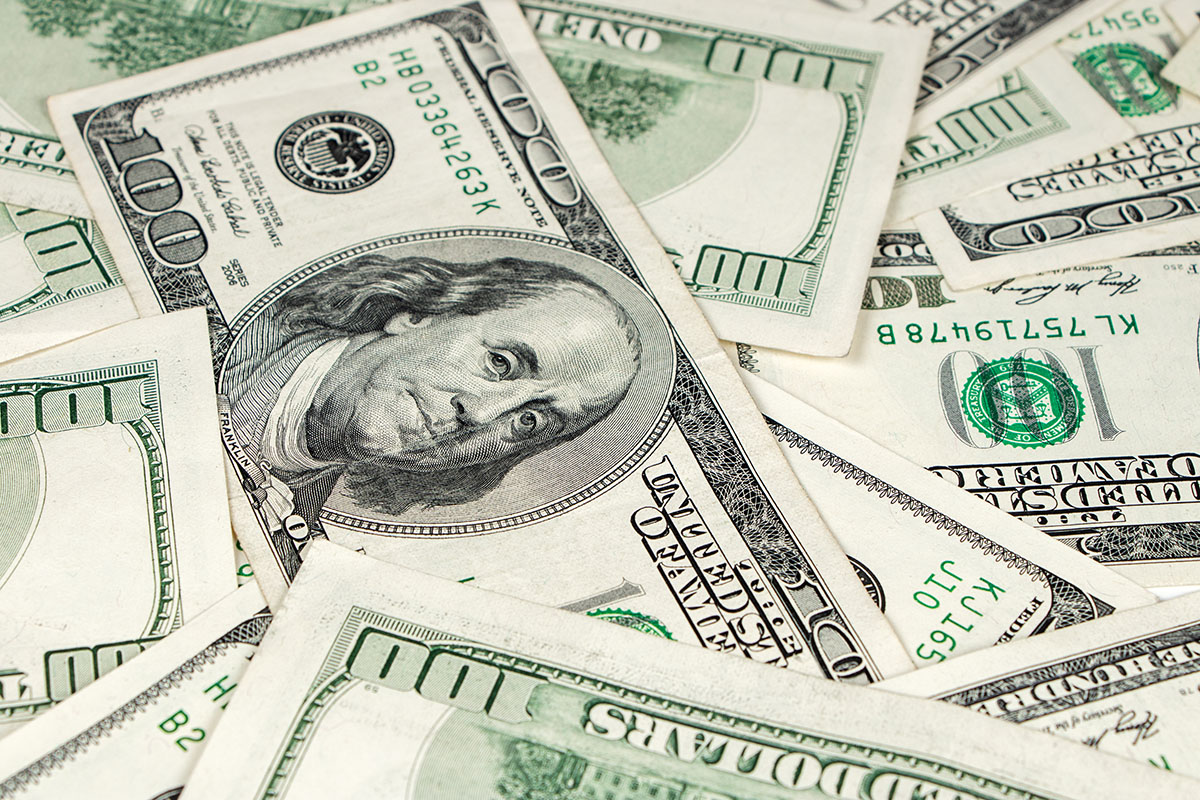 The arrest report for Guerrero says he ran away from home the day before the murder. The same day, the victim’s ex-wife noticed hundreds of dollars had been removed from their shared accounts.

Authorities said as much as $1,340 was taken from three bank accounts. The suspects planned to take money from their parents’ accounts and escape to Los Angeles.

It was a too-small amount of money that they were unwilling to pay for a light rail ticket in Utah, leading to their arrest.

While going through Sierra’s phone, police discovered a video showing her and Aaron laughing about the murder.

Aaron says, “Welcome back to our YouTube channel, day three after murdering somebody” in the video, followed by words by Sierra about them having a lot of sex earlier that day, to which her boyfriend replied that the sex was payment for killing her father.

The video was included as part of more than 70 pieces of evidence in the grand jury indictment in the Clark County District Court.

During the arraignment hearing on June 25, both stated they understood the charges and pleaded not guilty. They also waived their rights to a speedy trial.

Judge Tierra Jones addressed them separately and has scheduled a trial date for December 13. The suspects will appear again in court on August 20.