by Factionary 4 months ago3 months ago
06.1Kviews

Childhood is supposed to be the most memorable, joyful, cheerful, easiest time anybody can experience in a lifetime.

In a healthy average family in an ideal world, children get all the love and attention they could need from everyone around.

They have all the chances to play and wander just about anywhere without a care in the world, yet still are kept safe from any harm by the family.

But this is not an ideal world. Child abuse, even in the developed world, is not exceptionally uncommon.

In the United States alone, there are more than 3 million reports of child abuse every year where victims are sexually assaulted, physically and psychologically maltreated, neglected or any combination of those.

One of the most horrifying cases of child abuse in the United States was inflicted upon Adrian Jones, whose father and stepmother put the little boy under constant nefarious torture that ultimately ended his life at the tender age of seven.

Records show the nightmare began when Adrian was aged five, maybe younger, when the family resided in Clinton County, Missouri, and continued after moving to Wyandotte County, Kansas.

Adrian Jones had five siblings. He was the fifth of six children born to Dianna Pearce. By many accounts, Dianna was a terrible absentee mother.

Kiki, Adrian’s oldest sister, wrote in an online letter that their mother had not necessarily known how to be a mother; sometimes, she would go out to the grocery store and did not come back until the next day.

In 2012, the Kansas Department for Children and Families removed the children from the mother’s house after finding out they had been left unsupervised. They were subsequently placed in the custody of the father, Michael Jones.

About a year later, a Missouri Children’s Division worker visited the 5-year-old Adrian Jones after receiving an anonymous call about child abuse concerns.

The boy informed the child services that his father and stepmother had been violent to him.

Adrian described how their father, Michael Jones, and stepmother, Heather, had punched him in the stomach, pulled his ears, and hit him in the head until a bit of bone came out.

However, there was never a request to pick him up; he remained with the abusive couple because officials failed to either see or recognize signs of physical abuse.

A Missouri caseworker reported that the family had received services in the state. Still, their case had been closed since the family was no longer cooperating and that they had relocated to Kansas.

The worker wrote that Adrian Jones had disclosed physical abuse by father Michael Jones and stepmother Heather Jones during an interview in Missouri.

Adrian was rarely seen by anybody outside of the family, which heightened the concerns. Neither Missouri’s child welfare system nor Kansas’ followed up the report.

Michael Jones and his wife Heather denied the report. They claimed to have never abused the children.

In their version, they were former military personnel who disciplined the children accordingly. The regime included having the children stand in the corner, pushups, and jumping jacks.

The stepmother even said they had locked Adrian in his room under the advice of physicians mainly to prevent him from harming other children.

In July 2013, she told the state worker that Adrian had suffered from unspecified mental illnesses and been hospitalized twice. Nobody verified her claims.

The police learned Adrian had been missing when they responded to a report that Michael Jones attacked his wife in November 2015 at the house they rented at 5200 block of North 99th Street in Wyandotte County, Kansas.

The father was the first to be arrested and charged, then the stepmother followed suit days later.

Wyandotte County would not share the child welfare records until the case had gone to the courts.

Michael Jones was charged with first-degree murder and, in May 2017, sentenced to life in prison without parole until 25 years. His wife received a life sentence in November. 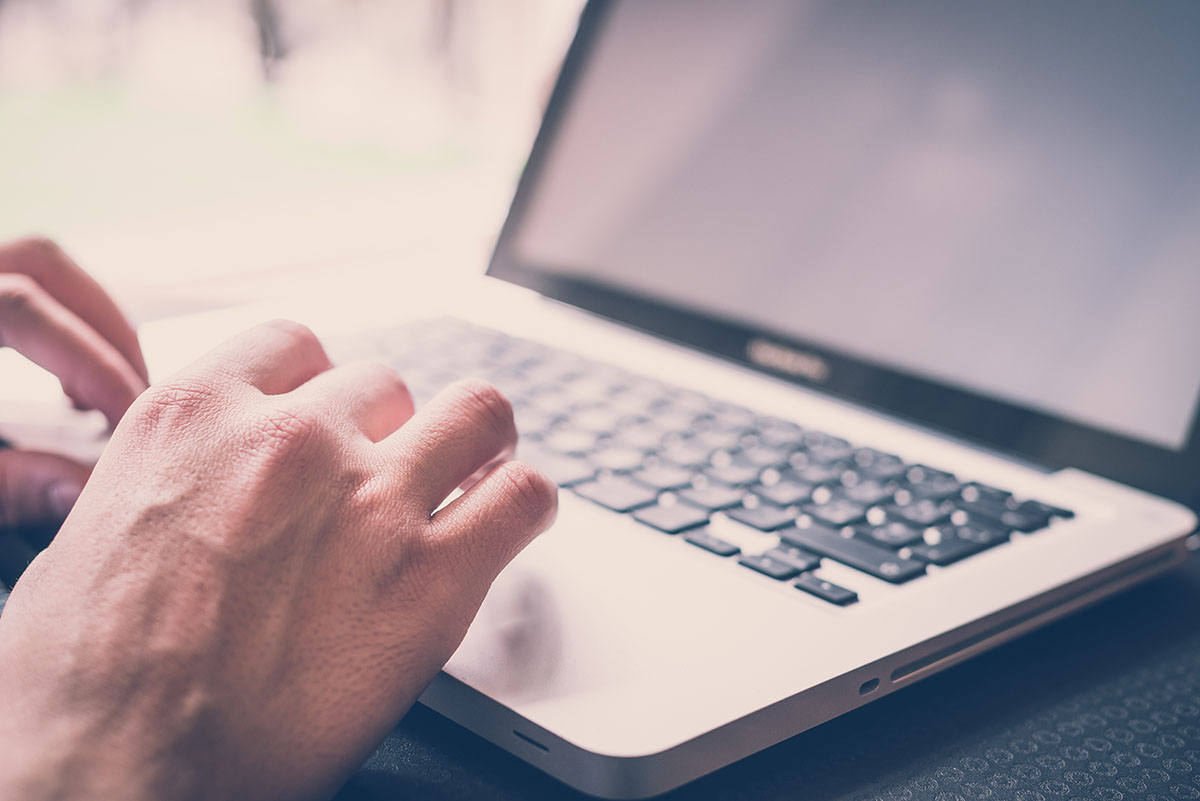 When Heather Jones was still awaiting trial, she asked the landlady, Jennifer Hoovers, to open her computer and send some pictures of her children. Heather gave away the computer password.

However, she could not believe what she saw on the computer. Shocking photographs were chronicling the kind of torture Adrian had to endure.

Pictures after pictures show how the little boy was physically and emotionally abused, neglected, confined, and in the end, starved to death.

However, a mother-of-four herself was probably the first person outside the Joneses to look at the evidence of the terrible cruelty. 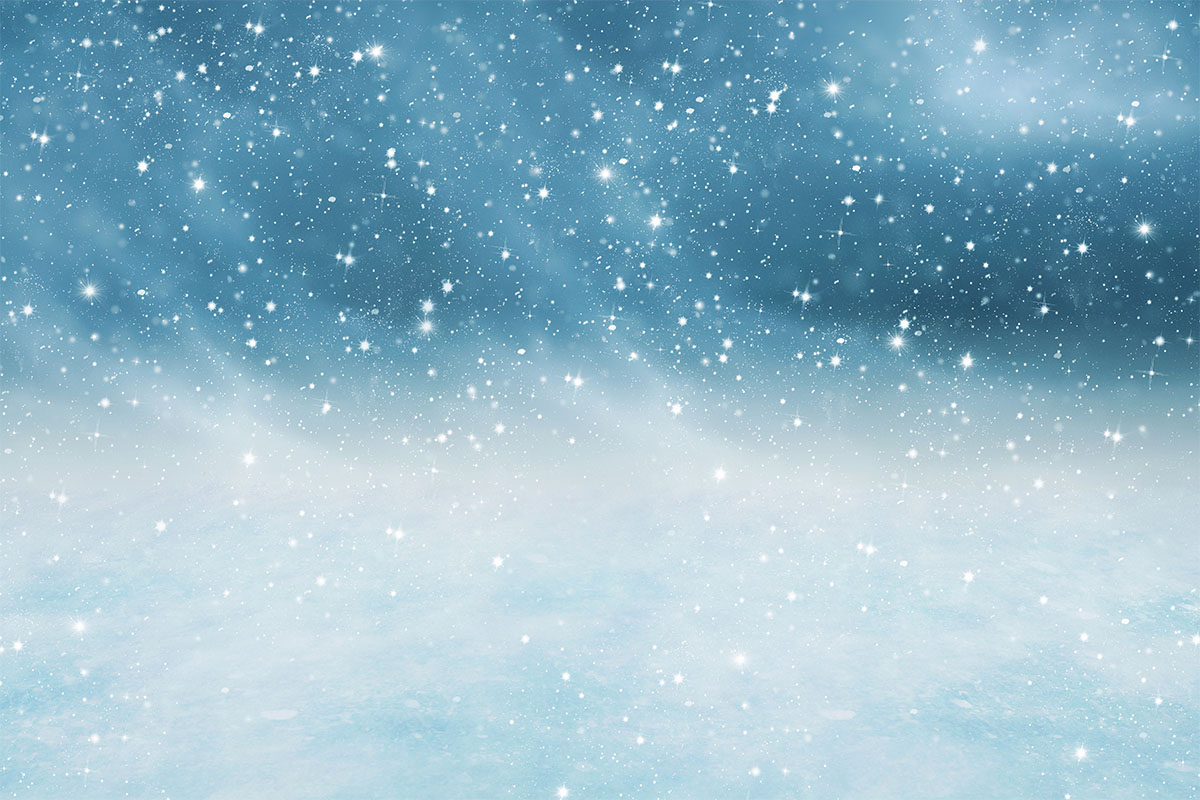 There was a video of Adrian shivering outside, wearing a T-shirt and pajama pants on a cold January evening; his hands were shackled.

He desperately tried to drink from a cup he couldn’t pick up because his wrists were handcuffed behind his back.

Adrian was also forced to stand in a filthy swimming pool with water up to his neck for hours on end. Other photographs revealed how he was strapped onto an inversion table, blindfolded.

Adrian was forced to stand upright with kitchen cutting boards bandaged to his front and back in another photo. 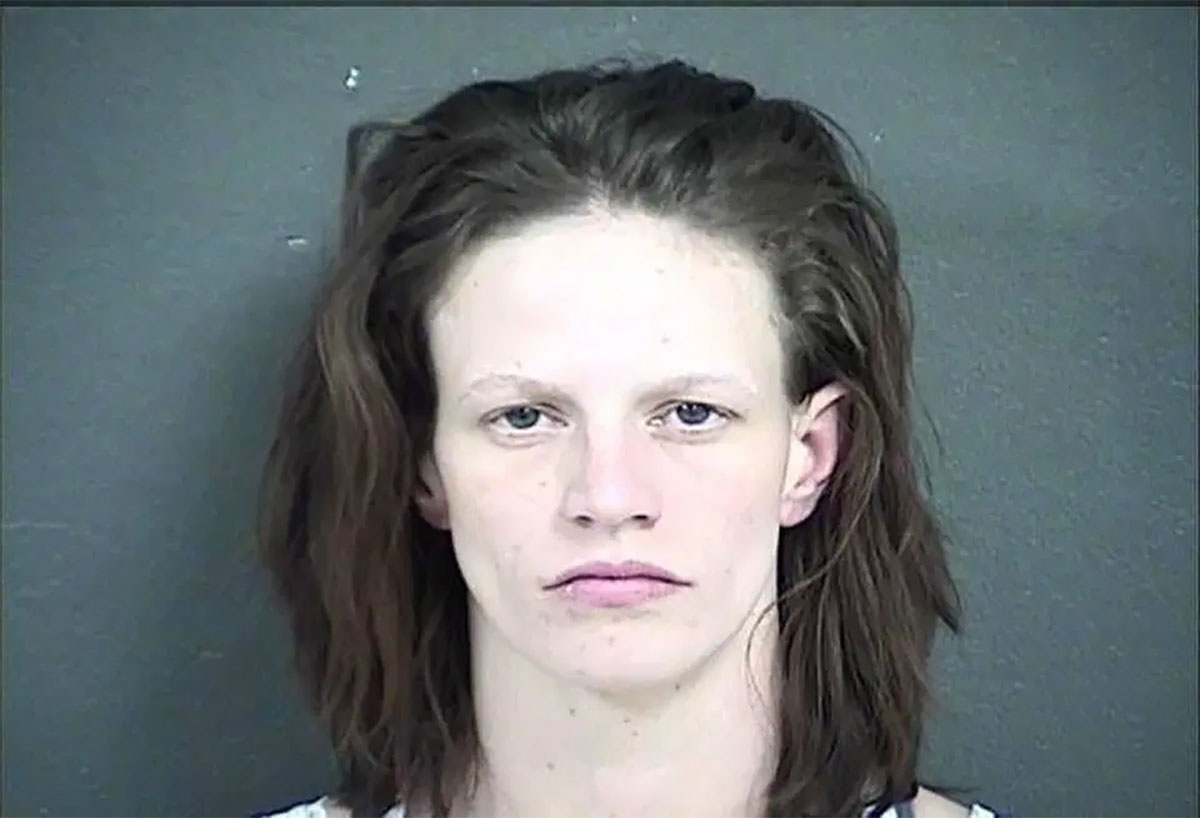 During Michael Jones’ sentencing hearing, a detective admitted to have never seen the torment Adrian had endured in more than 20 years of service in law enforcement. The detective nearly broke down in tears.

The detective, Stuart Littlefield, recalled in his remarks that the stepmother had once shocked Adrian with a stun gun for 20 seconds, then paused for the same period.

He wanted to demonstrate how long those seconds would have been for the little boy. 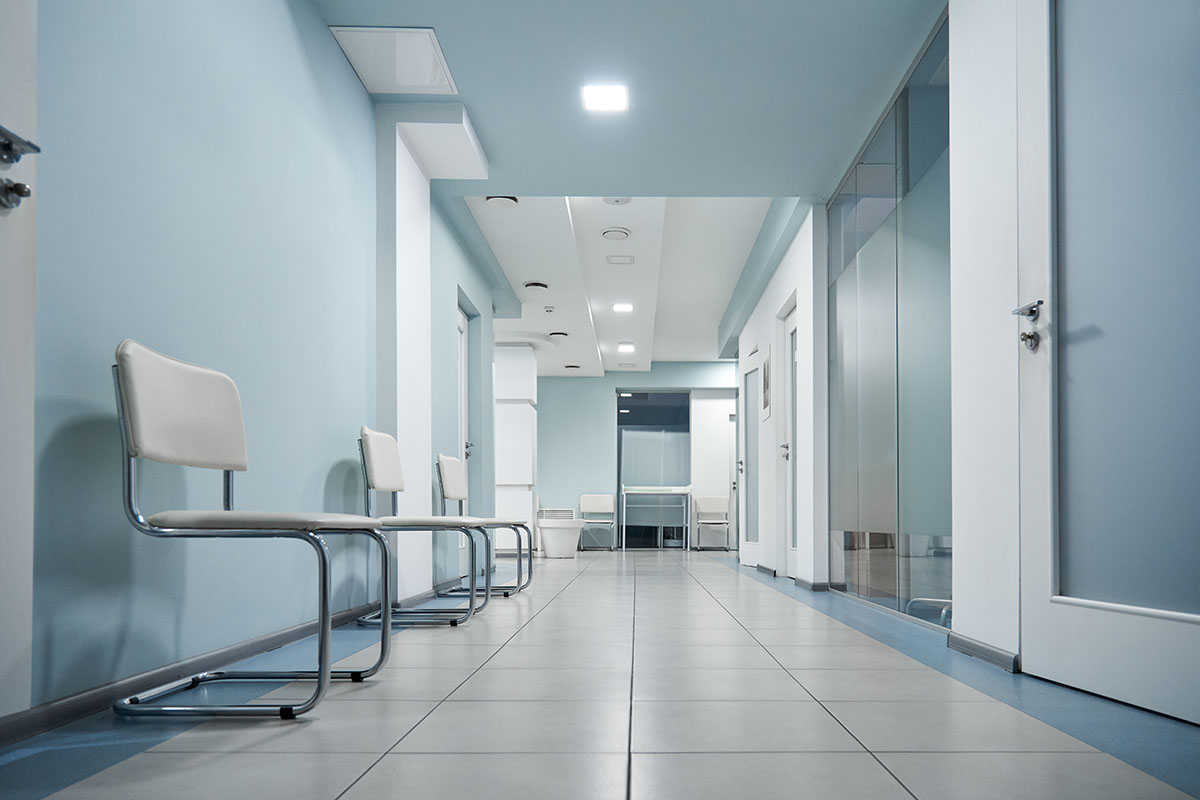 For several months in 2014, Adrian was placed in a residential treatment center because he had been diagnosed with post-traumatic stress disorder.

Adrian was discharged on September 4 because his parents commit to an aftercare plan, including school and therapy.

The treatment center failed to do a follow-up on Adrian’s condition afterward.

About a month after Adrian had been discharged, his stepmother contacted the boy’s therapist, claiming Adrian’s shape was getting worse. One year after being released, Adrian died. 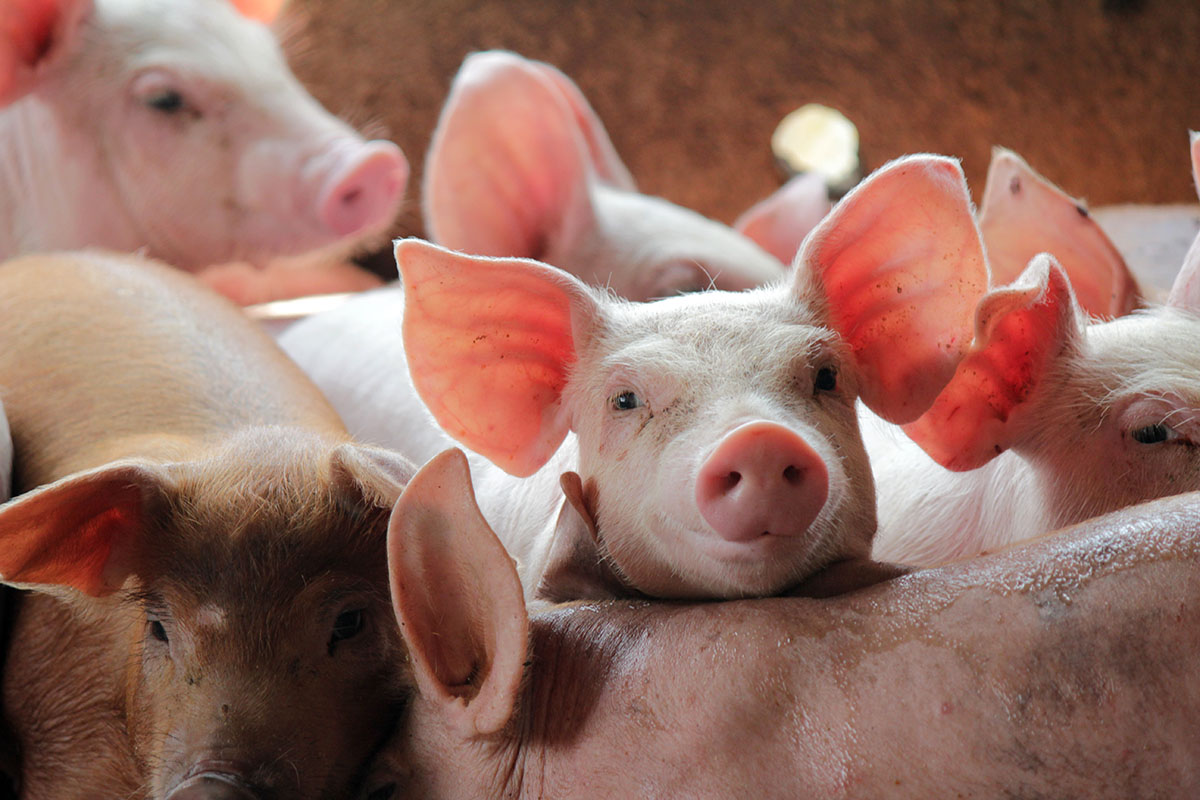 In the months leading to Adrian’s death, his stepmother developed a habit of posting angry rants about him on a Facebook page. She posted a rant about wanting to kill Adrian.

On Christmas of 2014, she even made a reference to a gruesome scene in an episode of “The Walking Dead” in which a character killed a child by a shot to the back of the head.

Just three days later, Heather Jones wrote something about feeding some pigs a body, which she ultimately did, and for that, she would be locked away for the rest of her life.