In mid-February 1944, Polish soldiers who had just arrived in the port of Naples from Alexandria, Egypt was welcomed by British official Archibald Brown, courier for the British Field Marshal Bernard Montgomery.

They were to advance with the British soldiers in an Allied campaign in Italy. Besides checking the crew manifest, Brown had to establish good communication with the freshly arrived servicemen.

He had already spoken with every member of the unit – the 22nd Artillery Supply Company of the Polish II Corps, except one.

He couldn’t anyway because they spoke different languages; one was English, while the other was strange vocalization. That soldier was not even a human but a bear.

That event occurred some 80 years ago, but the soldier is still remembered today for his simple heroic deeds.

Throughout his short career in the army, some would say that he served beyond the call of duty right from the beginning to the day of his discharge.

During an interview many years later, Archibald Brown recalled how he knew who Corporal Wojtek was for the first time.

In the port of Naples, he looked through the roster and became aware that only one soldier had not appeared yet. He had the corporal’s pay book and service number, but the soldier seemed to have vanished from the unit.

He called out the name, and still no answer. One amused colonel told Brown that the corporal only understood Persian and Polish.

Brown was then taken to a cage holding an adult Syrian bear whose name was Wojtek. 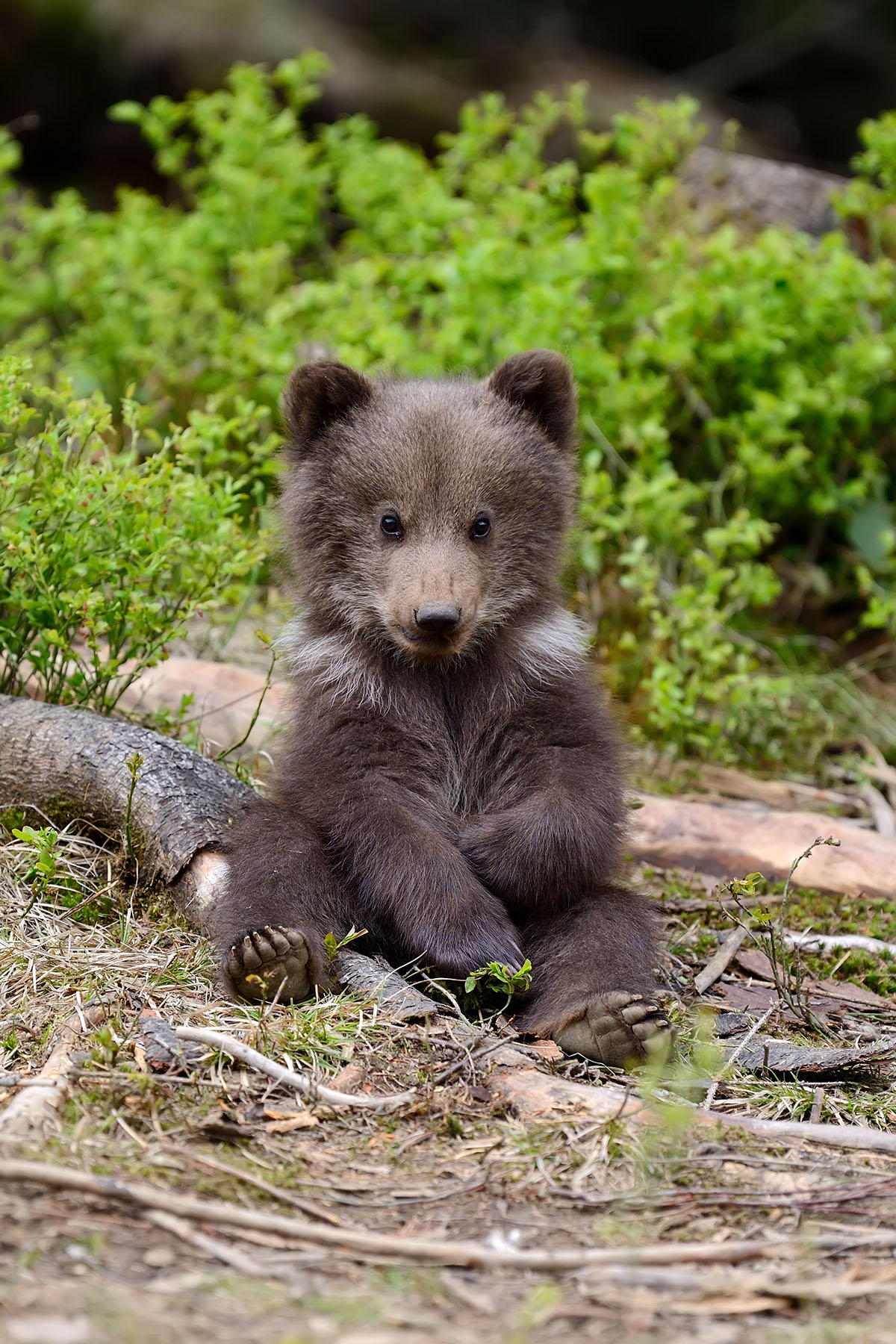 However, how Wojtek ended up as a soldier in Poland’s army is a little bit murky. Legend has it that a boy from the Hamadan Province found the bear cub in the wild in northern Iran.

The cub was alone, perhaps because some hunters had shot the mother.

The young boy took the bear cub home and cared for it the best way he could, but it wouldn’t be long until the cub found a new home. In fall 1942, the boy sold the cub to Polish soldiers for some canned food.

The soldiers who bought the bear cub were part of the Anders Army, made up of Polish prisoners of war released from the Soviet Union following an attack by German forces in 1941.

That same army advanced to the Middle East throughout the second half of 1942 to push back against the German invasion.

The bear was not yet officially a soldier, only a beloved pet of the 22nd Artillery Supply Company. The soldiers took good care of him, providing milk, food, and love.

Wojciech Narebski, a Polish veteran, said that the bear would often greet them upon returning from the field. It might not seem like much indeed, but the welcoming pet kept the morale good among the soldiers.

Sent directly to war after being released from the Soviet internment camps, the bear became a constant (and probably the only) source of joyful moments.

Of course, most (if not all) of them didn’t know precisely how to handle a bear, so they chose to treat the animal as a fellow soldier instead.

Augustyn Karolewski, another veteran, said the bear was just like a pet dog. He added that the animal sometimes acted like a man, drinking beer and smoking.

Veteran Nabreski remembered how the bear would often be asked for cigarettes. Many months went by, and the bear grew up to be a massive pet – a bottle of beer was nothing.

He was not yet a Wojtek, just a gigantic furry member of the company. He probably didn’t have a uniform, but exposure to soldiers during wartime had made him a true comrade from an early age.

In early 1944, the company was about to take a journey to Italy from Alexandria, Egypt. They were supposed to join the Allied campaign in Europe soon.

The soldiers had to deal with the possibility of leaving their pet behind because port officials wouldn’t allow anyone (or anything) to board the ship except service members.

Since only soldiers could make the trip, the company had a brilliant idea to enlist the pet in the army officially. Surprisingly enough, the head military office in Cairo gave the authorization. 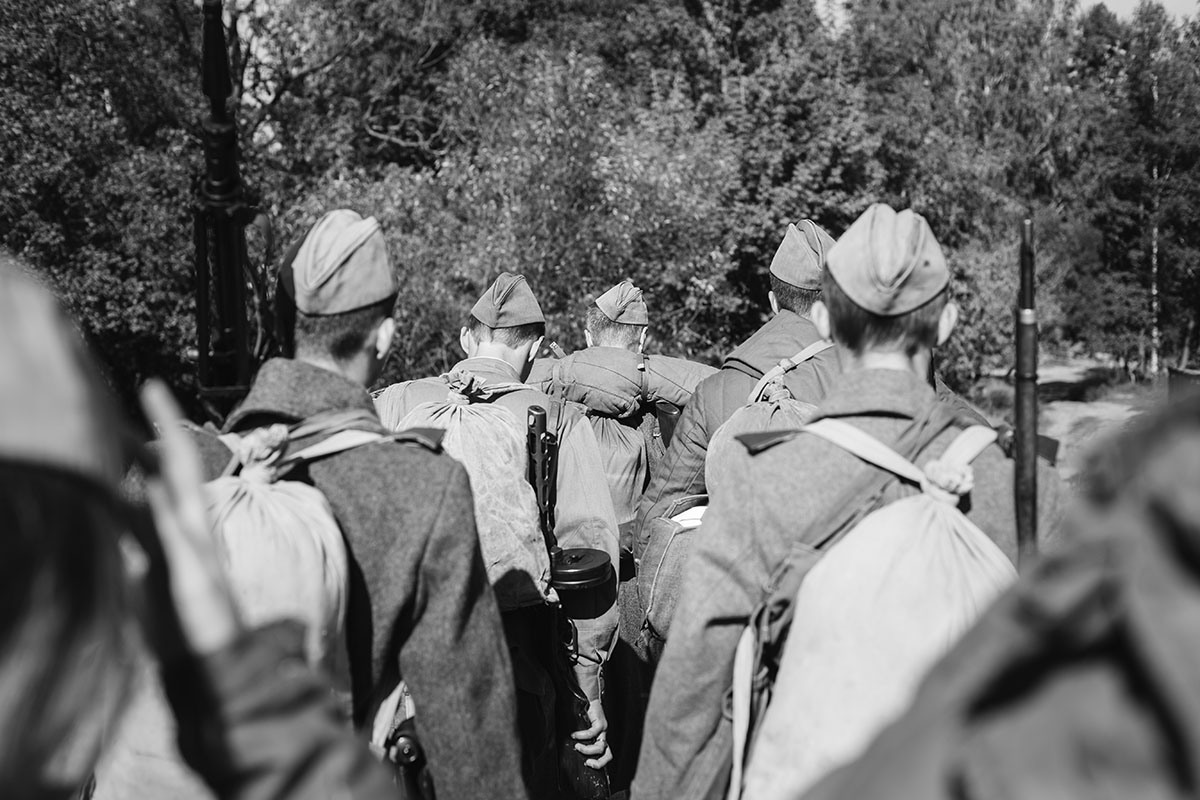 The soldiers named their recruit “Wojtek,” meaning “a smiling warrior.” As a soldier, Wojtek now had his service number, rank, and pay book. The idea worked; Wojtek boarded the ship to Italy.

Archibald Brown must have thought the soldiers were playing some prank when he saw the bear.

Regardless of what was in his mind, Wojtek was an official member of the Polish military – he was a soldier. By then, the tiny cub had grown into a massive 485 pounds soldier standing at 6 feet tall. 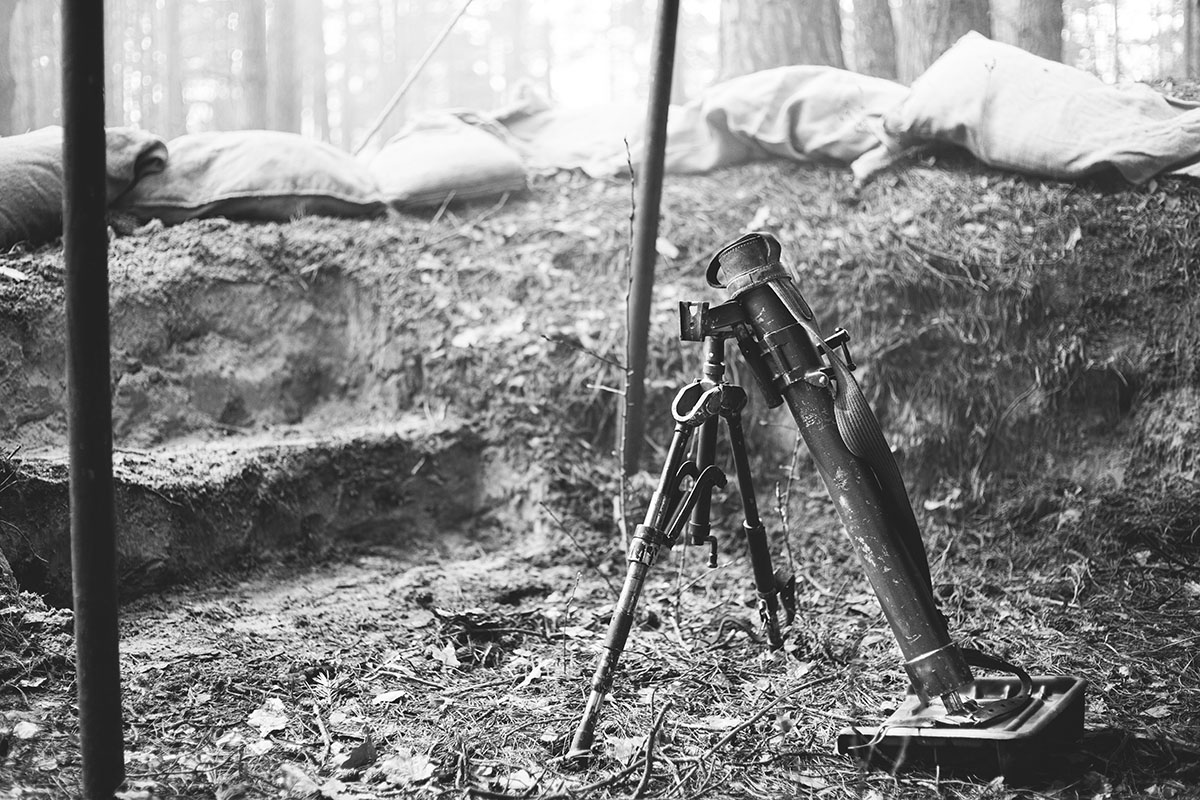 Wojtek, just like any other soldier in the company, was duty-bound to contribute to the wartime effort. His fellow soldiers taught him how to carry artillery shells, including heavy mortar rounds.

One British veteran recalled how he was surprised when he saw a fully-grown brown bear calmly distributed mortal bodies past him during the Battle of Monte Cassino in 1944.

Whether or not the event happened, the Polish high command approved to honor Wojtek by making him the company’s emblem, featuring a bear carrying artillery shells.

After the war, Wojtek took a journey with his company on a boat to Scotland, where they would join around 3,000 soldiers being billeted in Berwickshire.

Wojtek also had a new home, not with his fellow soldiers, but at the Edinburgh Zoo. He subsequently became one of the biggest attractions, visited by many veterans.

In 1963, Wojtek died in Edinburgh at 22, not unusual for a Syrian brown bear, but his life certainly had been extraordinary.

The bear soldier had grown to become a symbol of solidarity between Scotland and Poland. In March 2009, the Scottish Parliament held a reception in honor of Corporal Wojtek.

In November 2011, a parade of veterans had through Edinburgh included a eulogy (delivered in Polish) to Wojtek.

There are numerous commemorative statues of Corporal Wojtek in Poland and Scotland today, such as the giant bronze statue standing in Edinburgh’s heart. He was a bear who saw himself as a soldier and acted like one.