by Factionary 3 weeks ago2 weeks ago
932views

Have you ever heard about the pr*stitute turned pirate queen?

Do you know who was the richest man ever?

How about the doctor who was put to shame for asking his colleagues to wash their hands before delivering a baby?

Here are 10 incredible stories of famous people you never knew about. 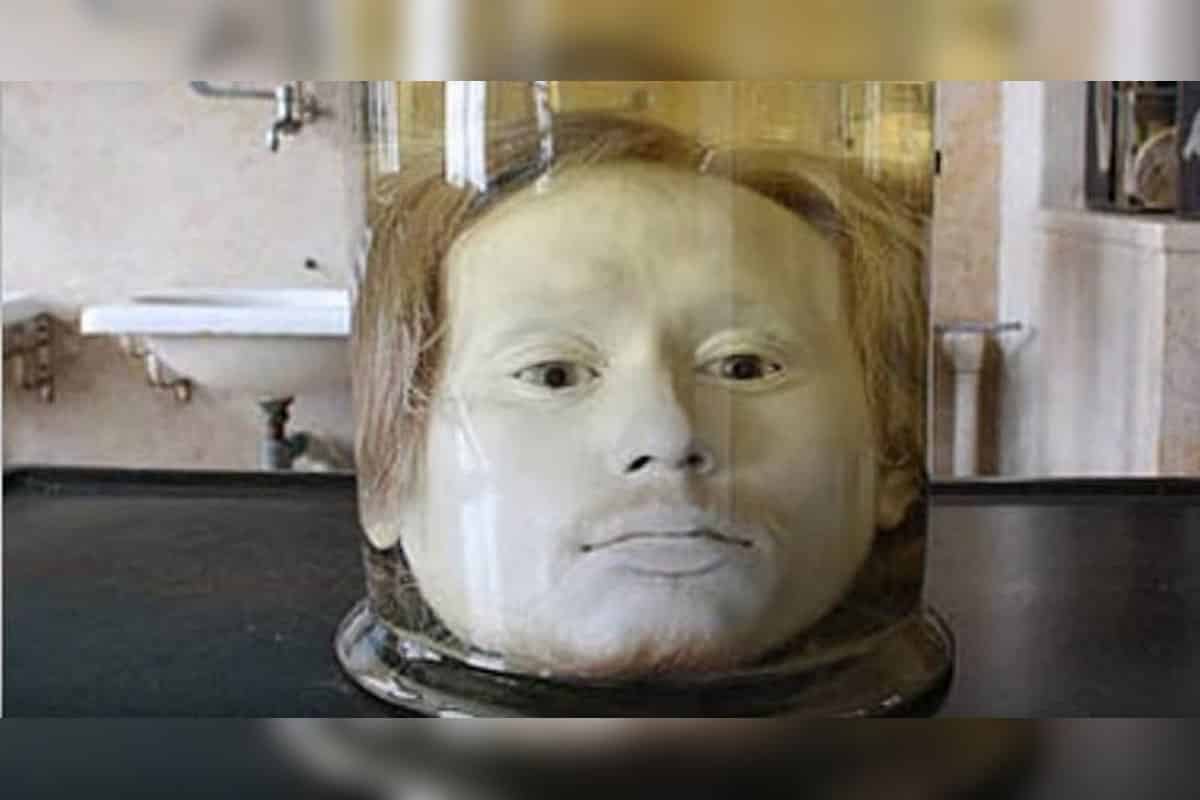 All the people who’ve studied medicine in Lisbon, Portugal know about him. Diogo Alves was always there to watch over them or rather stare at them from the jar his head has been preserved for the past 175 years.

What earned Alves the honor of having his head carefully preserved for posterity is his career as one of Portugal’s most prolific serial killers.

Diogo Alves was born in Galicia in 1810 and was sent to Lisbon as a child to work in the house of a rich family. Young Diogo soon figured out that hard work didn’t pay as much as crime and came up with a fool-proof scheme.

In 1836, he found employment in a new house on Aqueduto das Águas Livres, conveniently located near a 213-foot tall structure overlooking the ocean.

Diogo Alves attacked mostly farmers returning from the market, robbed them of their meager earnings, and sent them to their death by throwing them into the ocean.

He was hanged in 1839 for killing more than 70 people and his head was preserved by scientists looking to unlock the mysteries of a criminal mind. 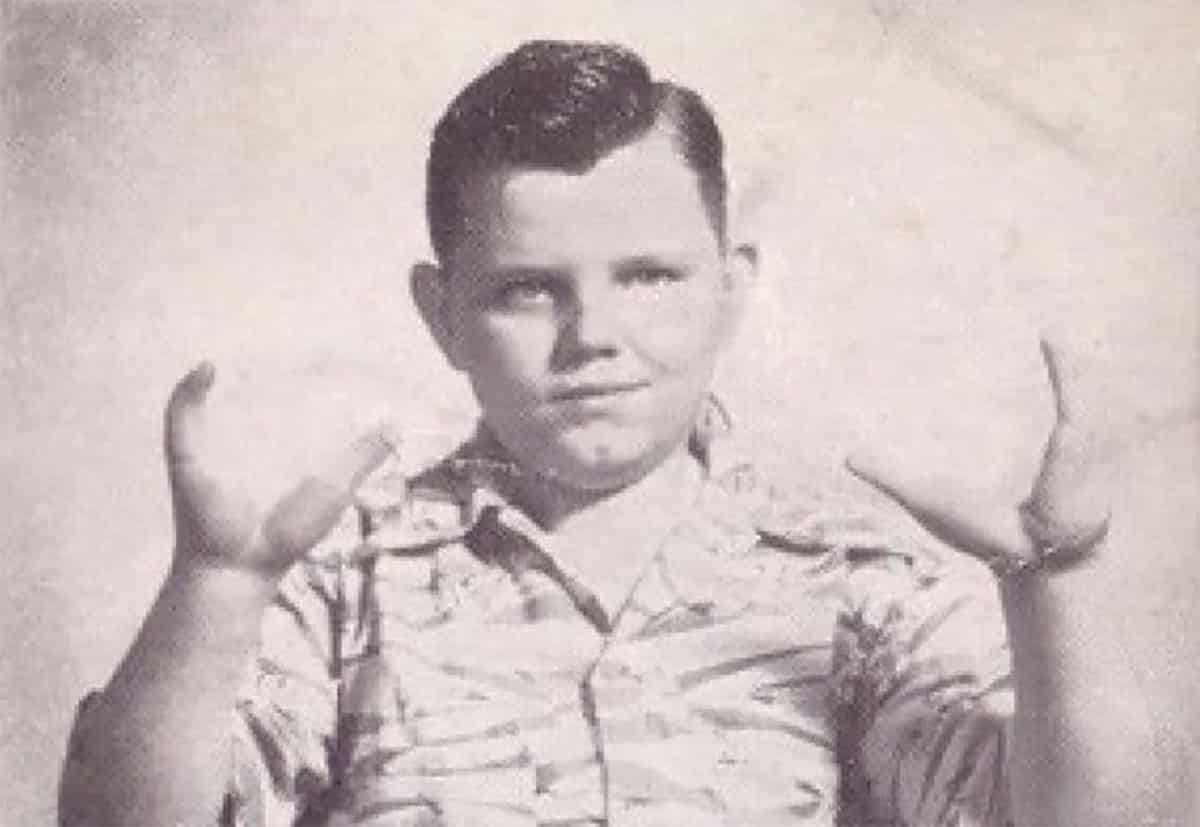 9 Lobster Boy - Life Of A Monster

Grady Stiles Jr. was born in 1937 in Pittsburgh, the last of a long line of circus freaks who passed down from generation to generation a condition known as ectrodactyly, which fuses the fingers together into “lobster claws.”

Grady’s case was most complicated as his feet were also affected which made it difficult for him to walk. Naturally, he grew up among carnival people where he fell in love with a teenager who’d run away to join the circus.

Grady married Maria Teresa and they had two children, but their life was anything but happy. He took to drinking and was often violent with his wife and children.

The Lobster Boy did not approve of the man his daughter wanted to marry so he murdered him the night before the wedding.

At the trial, he laughed in front of the judge arguing that he couldn’t possibly be convicted as no prison could accommodate his disability. He was right. Things were shaping up good for the Lobster Boy.

Even his wife came back to him, but soon the beatings started again. In the end, Maria Teresa hired someone to kill her husband and put an end to her misery. She showed no regrets at the trial. 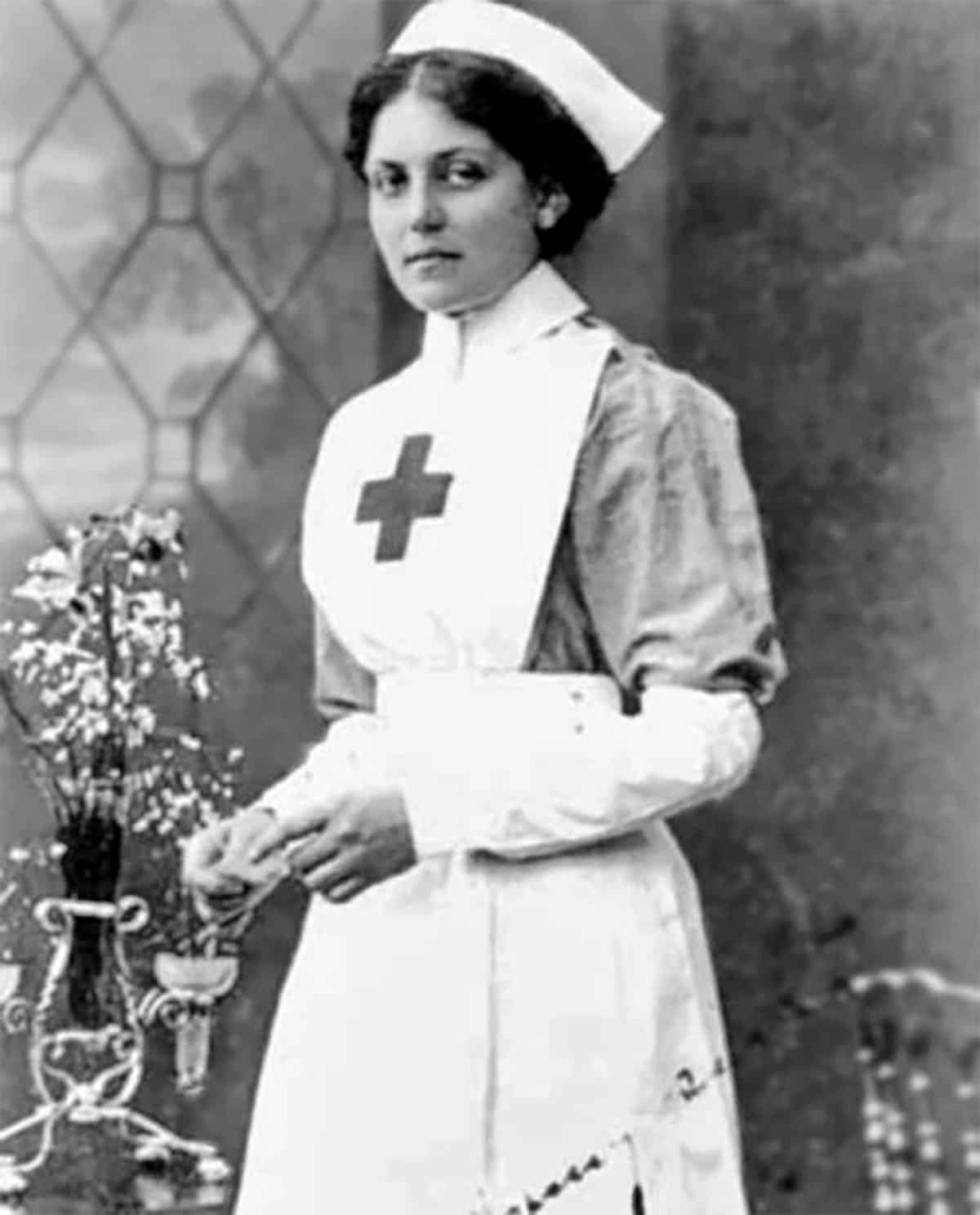 8 Violet Jessop - The Woman Who Would Not Drown

Call her extremely lucky or the unluckiest person in the world, but Violet Jessop was caught in no less than three shipwrecks and lived to tell the tale. One of the ships was the Titanic.

Violet Jessop started a career as a stewardess on the Orinoco in 1908 at age 21. In 1910, she was working on HMS Olympic which collided with a British warship.

The ship was severely damaged but nobody died. Violet next worked on RMS Titanic, an employment cut short by the fatal encounter with the iceberg.

Again, Violet survived, but the two brushes with death at sea did not stop her from working as a Red Cross stewardess aboard the HMHS Britannic during World War I.

The ship ran into a German mine, but Violet survived again, earning the nickname of Miss Unsinkable. 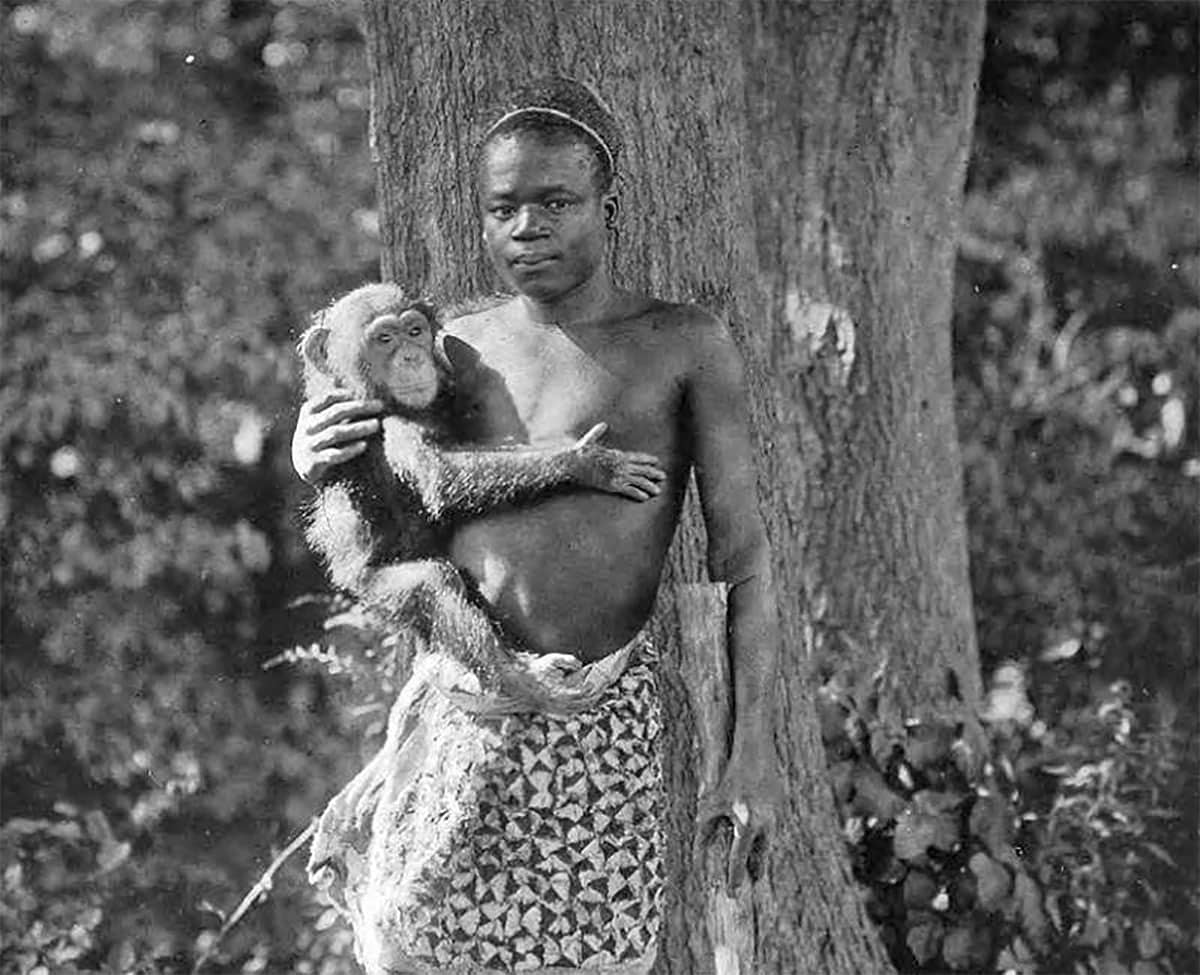 It’s one of the saddest stories you’ll ever hear. Oto Benga was a Mbuti pygmy tribesman born in the Ituri Forest of the Congo in 1883.

He married young, had a couple of kids and his life was fine until Belgian troops arrived and murdered everyone in his village. Oto was away hunting but had no reason to be thankful he survived the massacre.

He was captured by slave traders and sent to work on an industrial farm, where, in 1904, he was discovered by American businessman Samuel Verner.

Oto Benga was displayed at the 1904 World Fair as the missing link between humans and apes. 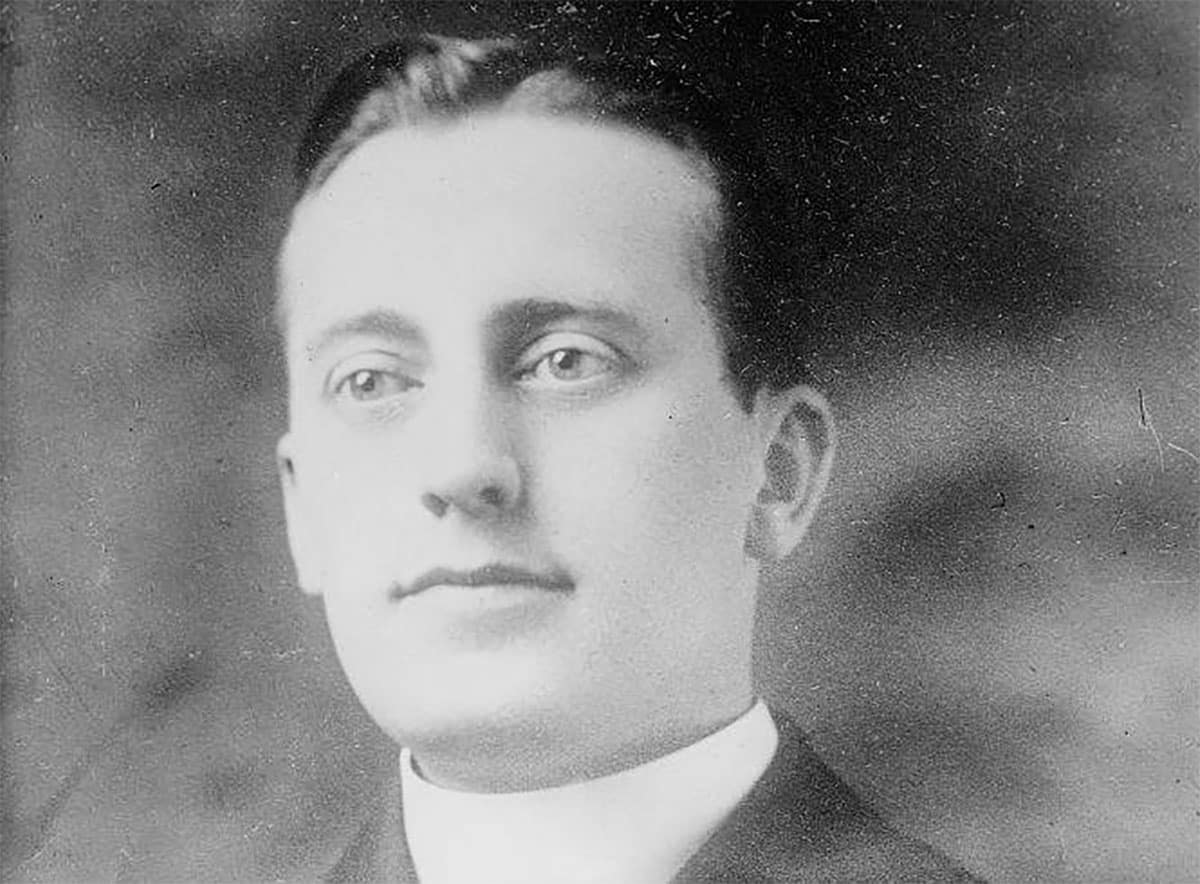 German-born Hans Schmidt holds the dubious distinction of being the only priest ever to be sentenced to death in US history.

Schmidt was born in Aschaffenburg in 1881 and was a rather odd child, with a morbid fascination with the slaughter of cows and pigs at the local meat processing plant.

He also liked to play priest in front of an improvised altar. At the age of 25 he was ordained as a Catholic priest and in 1912 was sent to serve at St. Boniface church in Manhattan.

There he fell in love with his young housekeeper Anna Aumuller, whom he married in a secret ceremony. Things became complicated when Anna announced she was pregnant.

Hans Schmidt could not face a public scandal so he got rid of the woman, cutting up her body in half and throwing it into the river.

When the remains eventually washed up to shore it wasn’t hard for the police to find the killer. He was executed in 1916. 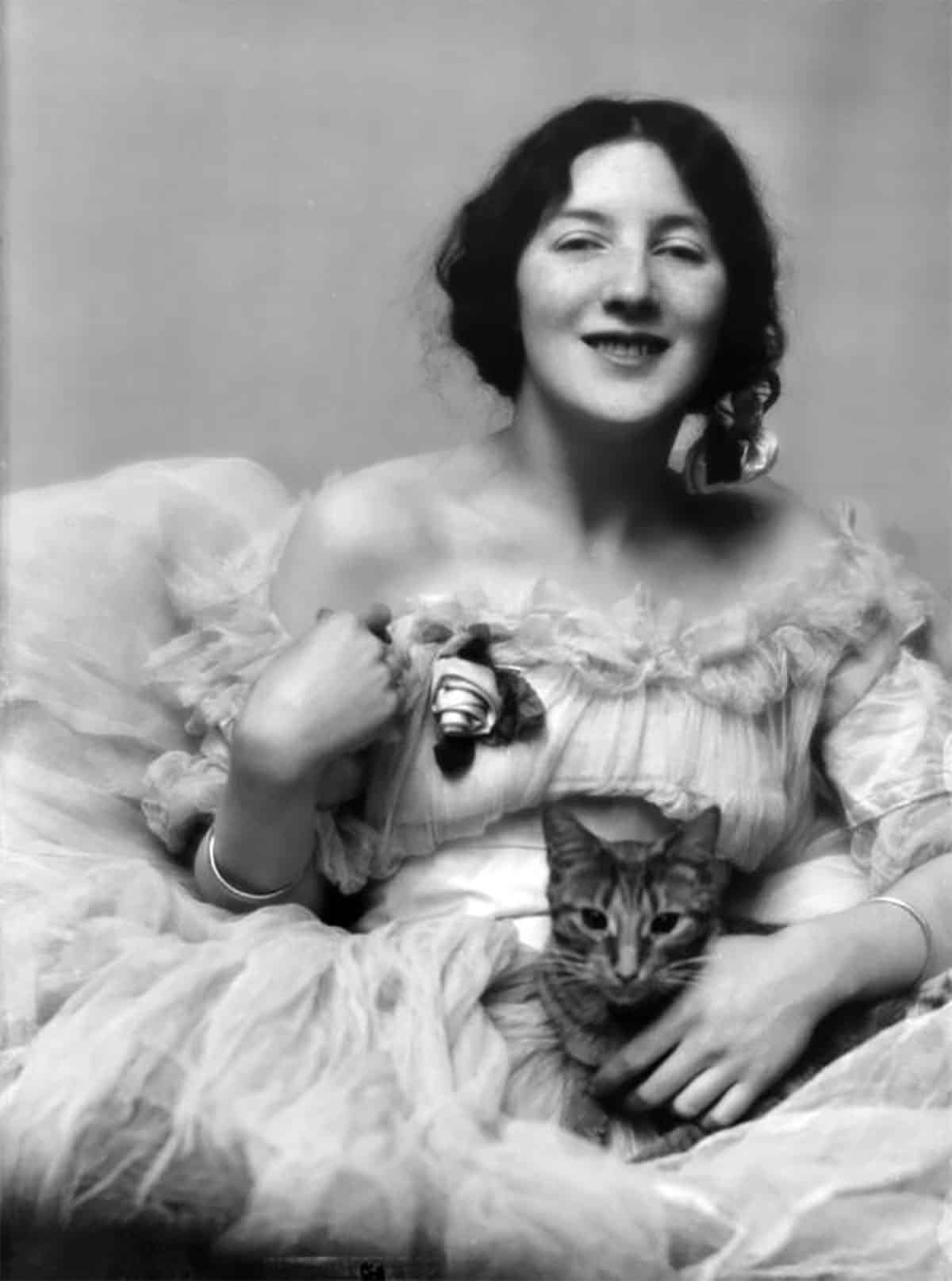 By today’s standards, Audrey Munson should have had a wonderful life. She was beautiful and talented, which allowed her to pursue a career as an actress and fashion model.

Born in 1891, Audrey starred in silent movies and posed as an inspiration for many artists. However, her fame did not last long and she made little money.

She did not manage to put anything away and she was soon back to a desperate life, working as a waitress and living with her mother. She became erratic and started calling herself “Baroness Audrey Meri Munson-Munson.”

Soon, she became convinced she was being persecuted by the Jews and demanded the Congress to pass a law to protect her.

She ended up in a mental institution where she lingered for the rest of her long life. The former beauty died at age 104 with little memory of her youth and fame. 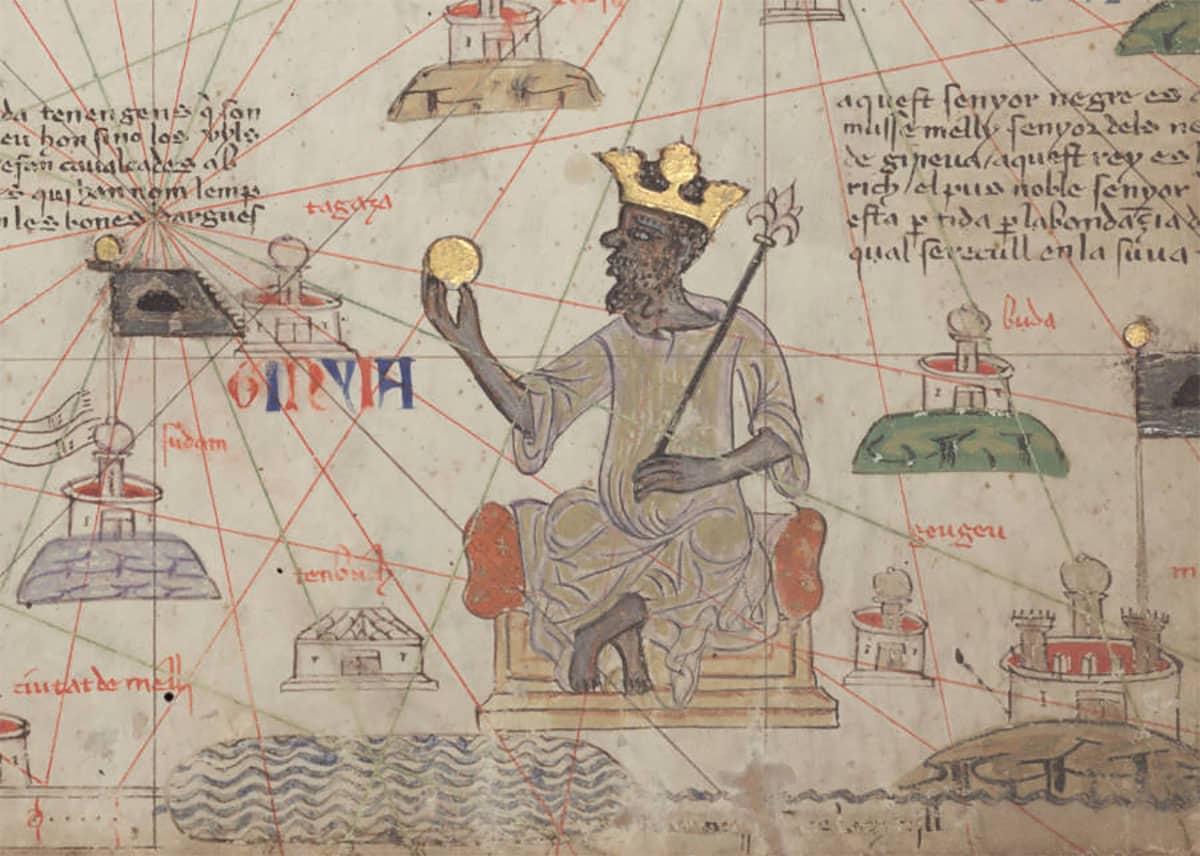 4 Mansa Musa - The Richest Person In The World

Rockefeller, Rothschild, Bill Gates? No, the richest person in the world ever is thought to be Mansa Musa I who became emperor of Mali in 1312.

He was extremely clever at trading salt and gold, amassing a colossal fortune.

When he went on a pilgrimage to Mecca he had a retinue of 60,000 people and threw gold to the amazed locals.

At the height of his reign, he was rumored to build a new mosque every week.

Adjusted for inflation, his wealth is estimated at $400 billion, way more than John D. Rockefeller is thought of being worth at his time, which is $336 billion. 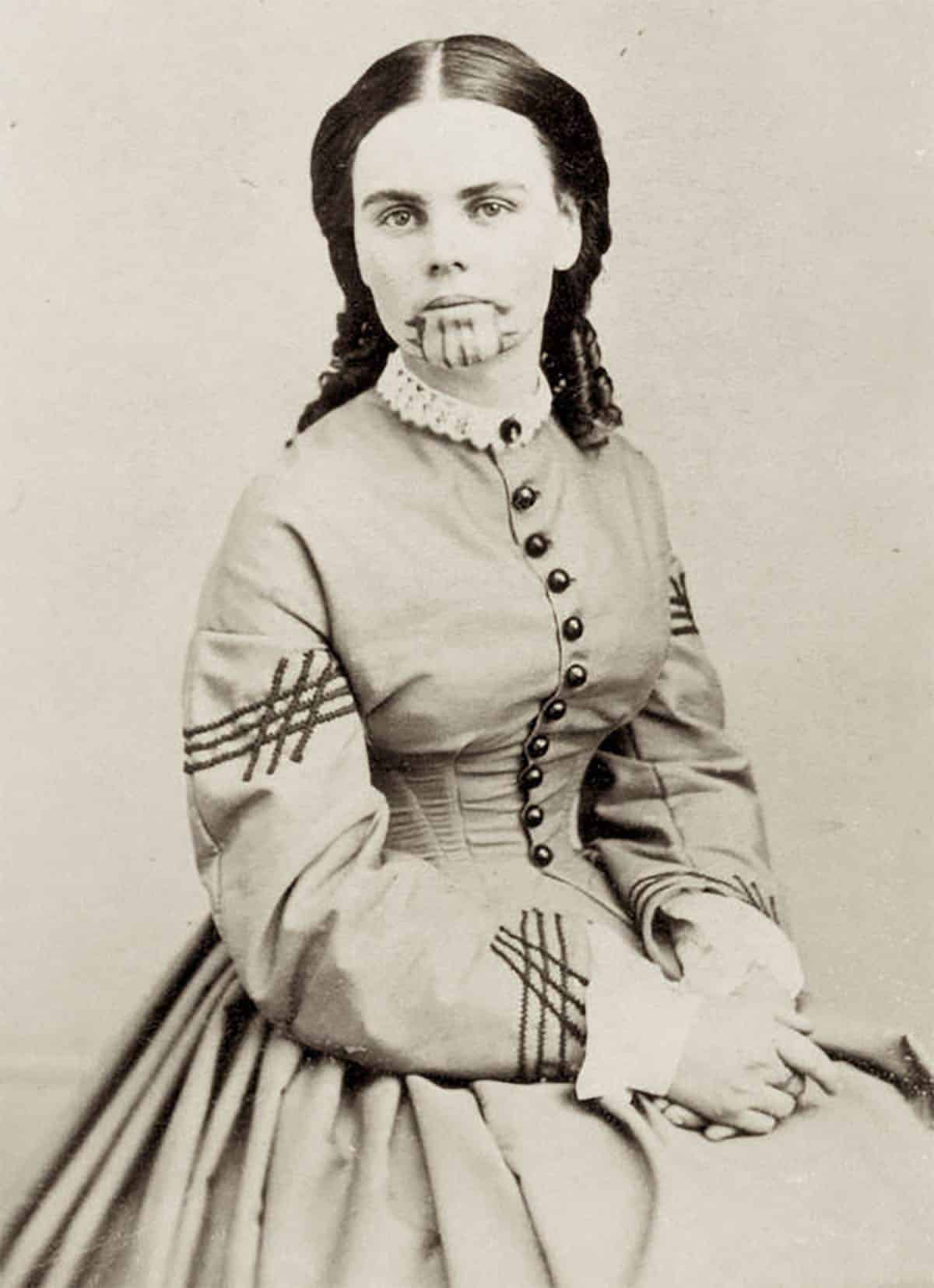 3 Olive Oatman - The Mormon Girl Raised By The Indians

Olive Oatman was a nice little girl, raised in the Church of Jesus Christ of Latter-day Saints together with other six siblings. Her quiet life changed completely in 1850 when her family joined a caravan traveling to California.

On their way, they were attacked by Yavapai Indians, who killed her parents and most of her siblings.

At the age of 13, Olive was taken as a slave by the tribe and forced to obey their rules.

One year later, she was traded for a horse and sent to live with Mohave Indians. Life was better there as she was allowed to work her own little land plot.

She was given traditional Mojave clothes and had her chin and arms tattooed as was customary for tribe members.

When she was 19, someone found out about the white girl living with the Mohave and came to demand her return.

Her rescuers were shocked to be presented with a young woman wearing only a skirt with her chest exposed, but Olive managed to readjust to Western society customs. However, she spoke fondly of her life with the Mohave. 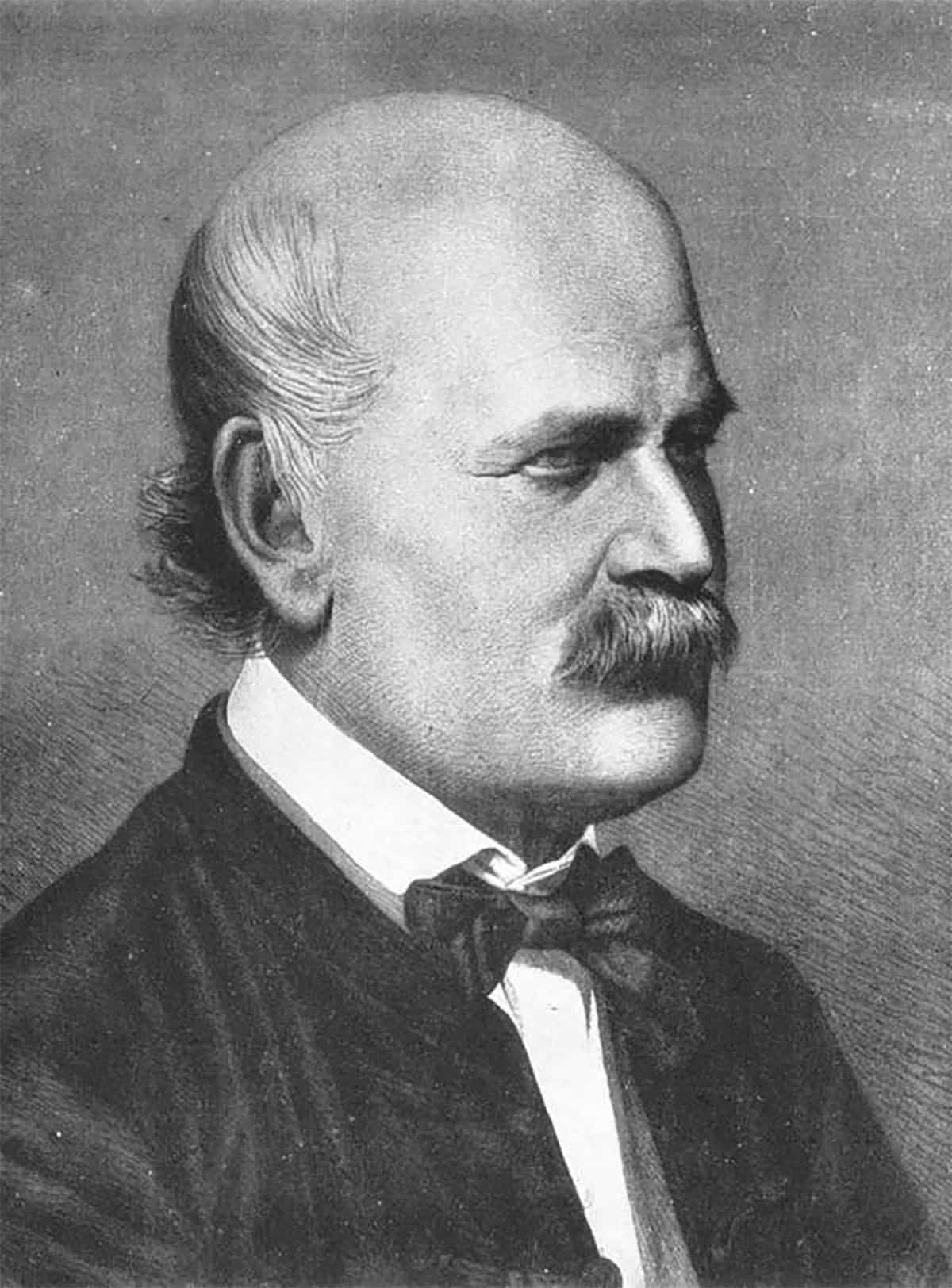 Can you imagine being put to shame for asking for a simple thing like doctors washing their hands all of us take for granted nowadays?

It happened to Ignaz Semmelweis, a doctor working in a maternity clinic in Vienna in the 19th century.

He made a simple observation – the number of women dying in childbirth at the clinic was five times as high as the number of young mothers killed by ‘childbed fever’ at a midwives clinic.

Was it because the doctors at the clinic also performed autopsies and often went from dealing with the dead to assist the living, without bothering to wash their hands?

In 1847, he managed to change things at the clinic and the doctors were taught how to disinfect their hands with a chlorine solution. It worked and the death rates fell substantially, but his fellow physicians did not thank him for this.

On the contrary, he was targeted with constant criticism and derision until the poor man suffered a mental breakdown.

He died in 1865 in a mental institution, of sepsis, an infection that was probably triggered by doctors refusing to observe disinfection protocols. 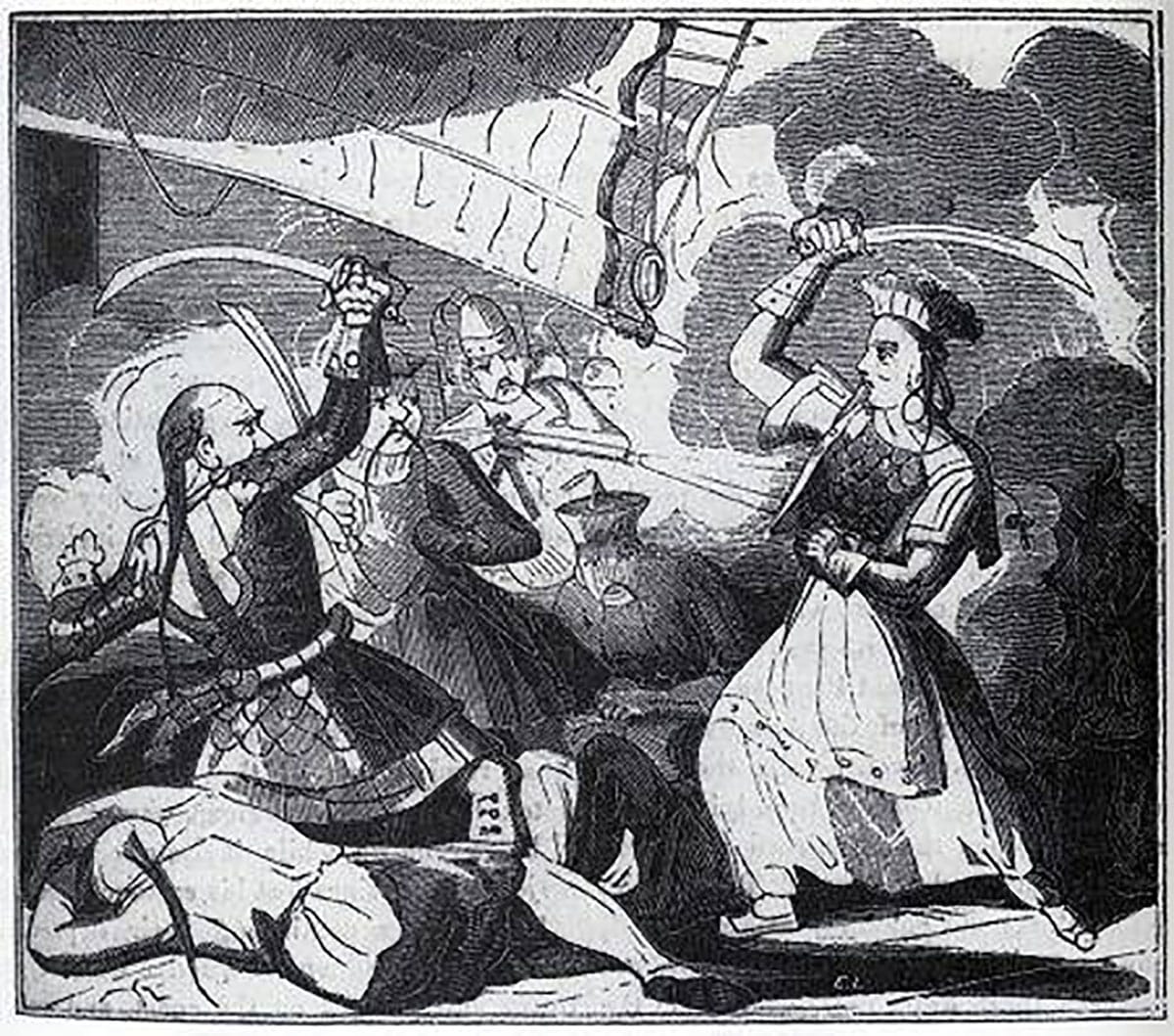 The story of Ching Shih, a Chinese woman born in 1775 in the province of Guangdong reads like a novel.

She had a hard life working as a pr*stitute on a floating brothel, where she might have easily succumbed to disease, but for one lucky encounter

In 1801, the floating brothel was attacked by a famous pirate, Zheng Yi, who commanded the Red Flag Fleet.

And he fell in love with the woman said to be of exceptional beauty. She agreed to marry him on condition he made her full partner and split his fortune with her.

Six years later, Zheng Yi was killed in a battle, and Ching Shih saw her chance to take control over the whole pirate fleet. During her reign, the pirates sank 63 Chinese government ships and she became known as the Terror of South China.

When the emperor offered amnesty to the pirates willing to abandon their trade, Ching Shih was smart enough to take her chance and returned to her native province where she lived happily ever after.

She got married to a fellow pirate and operated a gambling house up to her death in 1844.