Not only is flying in a plane the fastest way to get to your destination, but also the safest.

Statistics suggest that passengers are at more risk of getting involved in a transportation-related accident in the cars on the way to the airport than during the flight itself.

Bear in mind this does not necessarily mean that air transportation is invulnerable or always 100% safe.

There can be unexpected issues that may interfere with the airplane midair, such as bad weather, engine malfunction, and pilot errors, either of which can result in a crash.

Chances are the vast majority of people will never experience a plane crash, but accidents do happen. Juliane Koepcke tells the tale of how a 17-year-old survived a horrible plane crash in the middle of a jungle in Peru in 1971.

Despite her broken bones, maggot-infested wound, and all the unfortunate circumstances, she never really lost hope and managed to stay alive just long enough until help found her in the weakest of condition.

Juliane is the daughter of a renowned zoologist Hans-Wilhelm and a revered ornithologist Maria Koepcke.

She was enrolled at a Peruvian high school when her parents were stationed in a remote research outpost in the Amazon, hundreds of miles away from civilization. Juliane was born in Lima, Peru, on October 10, 1954.

The harsh Amazonian environment is nothing strange to her from the very beginning. Her upbringing and familiarity with living in the deep wilderness would later contribute a great deal to her survival amid the plane crash.

It was Christmas Eve 1971. Just hours after the high school graduation ceremony, the 17-year-old Juliane and mother were heading home to her father in Panguana, a biological research station in the heart of Amazon.

The two boarded a Lockheed L-188A Electra turboprop that was supposed to cross the Peruvian rain forest.

Had nothing unexpected happened, the flight would have taken less than an hour to the destination.

Not half an hour after takeoff, the plane flew into a thunderstorm. From the window seat in the back row, Juliane saw lightning hit the right-wing. The aircraft went into a nosedive.

Suddenly everything went terrifyingly fast. Juliane still could not describe exactly what happened when the plane was in a nosedive.

She only found out later that turboprop Electra machines were never really designed to handle such heavy turbulence.

Some of the last things she remembered were noises from the loud motor and people screaming, followed by the soothing sound of the wind in her ears.

Her mother and the man sitting by the aisle were propelled out of their seats. Juliane herself was still attached to her seat and freefalling, perhaps already outside of the plane. 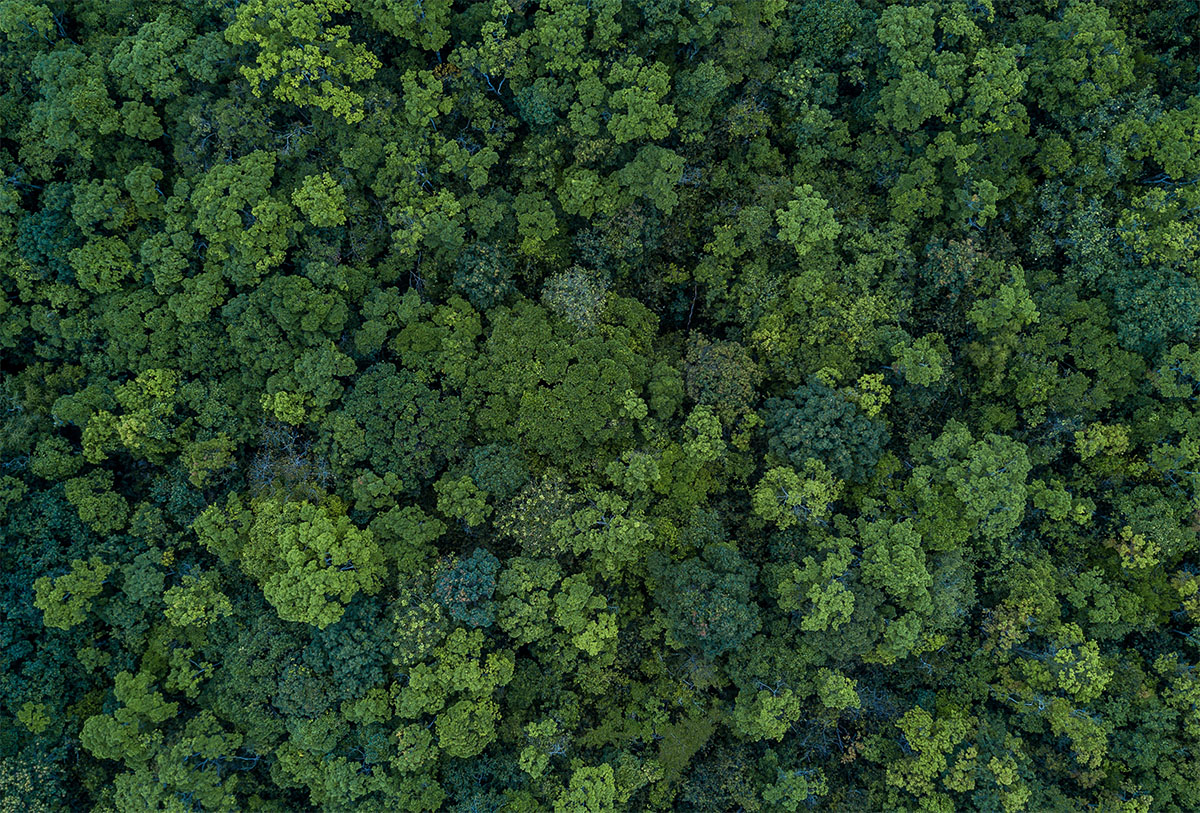 Juliane was in a tailspin, but she could still saw the forest beneath her. She would later describe what she saw as a “green cauliflower, like broccoli.”

During the freefall, Juliane didn’t even remember feeling afraid. She was in a tailspin in an upside-down position, and the seatbelt was putting pressure on her stomach. Seconds later, she lost consciousness and only regained it the next day.

The crash happened at around 1:30 p.m. When Juliane opened her eyes, she looked at her wristwatch, and it was around nine in the morning. She was on the jungle floor, alive. 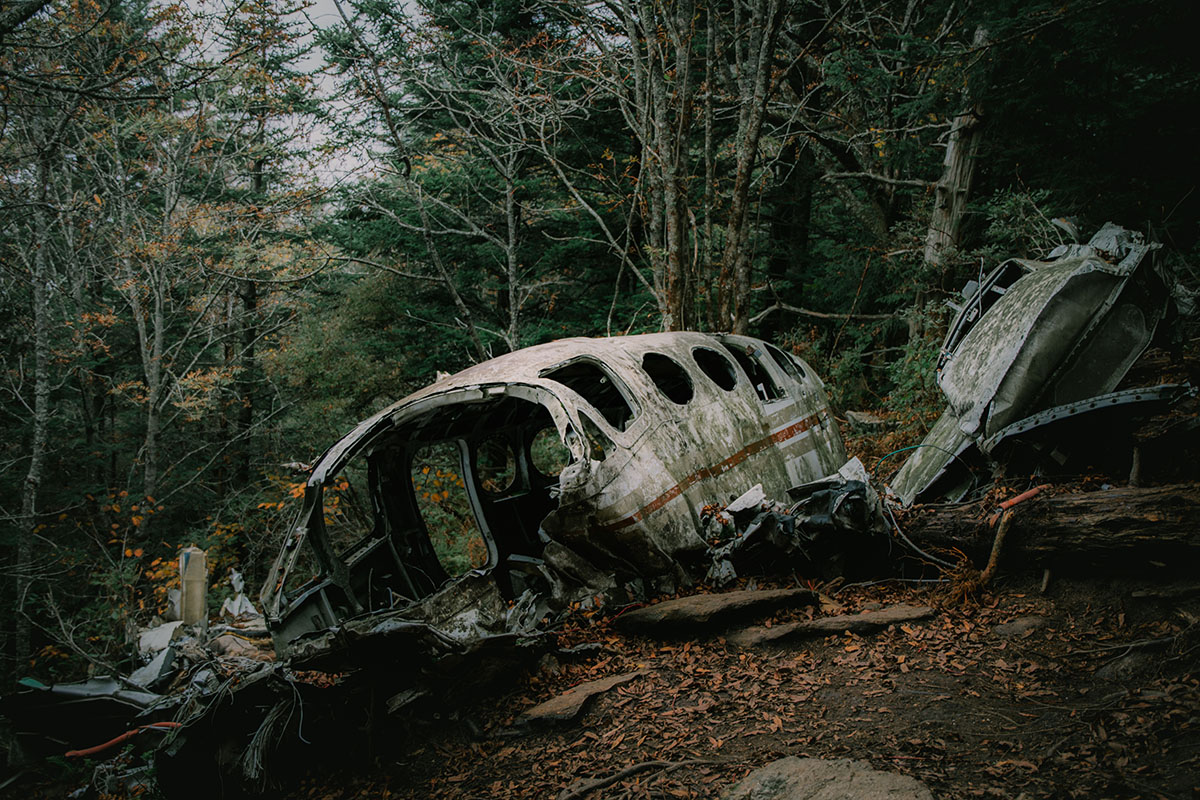 On the ground, she was lying underneath her seat. At that moment she realized that she had just survived a plane crash. Due to a heavy concussion, it was possible that Juliane had woken up and lost consciousness multiple times before.

She has not strapped to the seatbelt anymore, so she must have disengaged it at some point but couldn’t remember doing it.

The most likely explanation was that the seat had buffered the crash; otherwise, she wouldn’t have survived the landing. 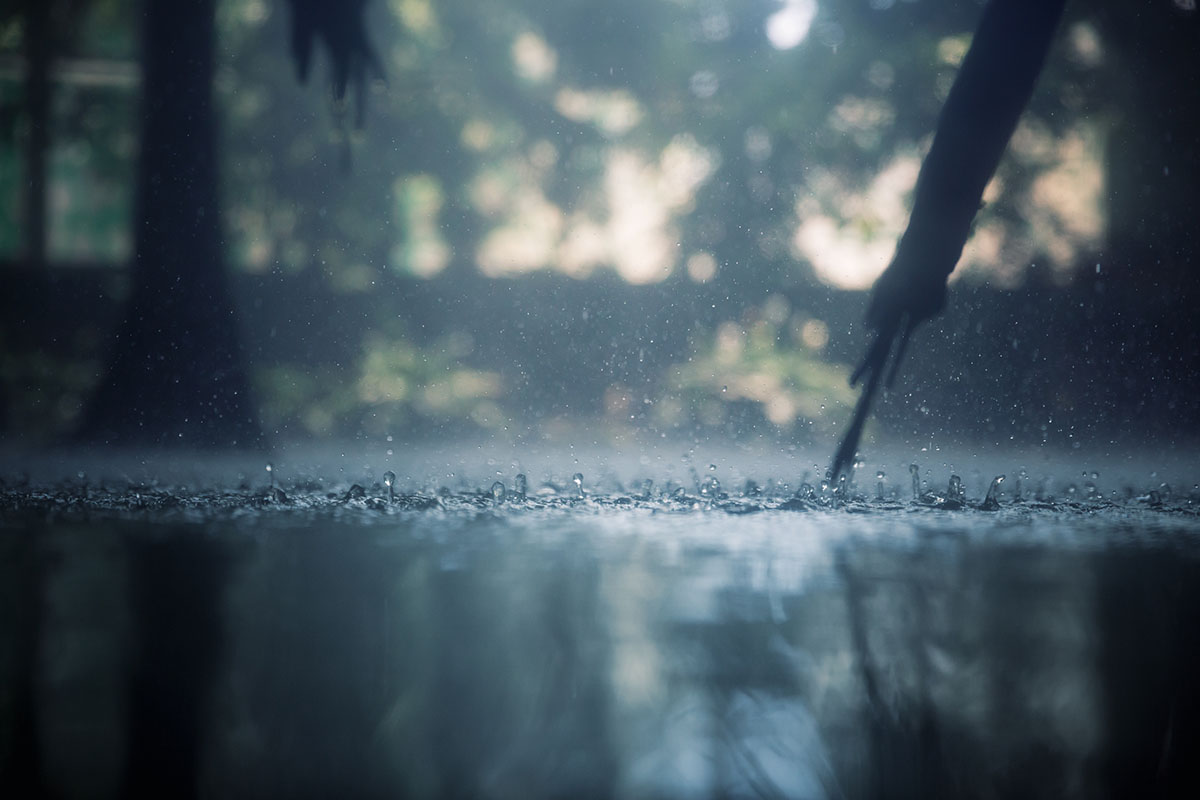 It was raining, and she lost her glasses. Juliane did not immediately get up and walk. It took her half a day until she could regain enough strength and recover from the concussion.

Later on, she figured out that the differences in pressure inside and outside the plane had turned her eyes blood red.

In that situation, she claimed to have felt no pain at all. No significant injury to her head either; the only problem was the dizziness that didn’t seem to improve quickly enough.

Once she had enough strength, she went out to look for her mother. She would spend an entire day looking until she realized no one else was anywhere near her position.

She crawled all over the place and called out but heard nothing in return. Then in the afternoon, she came across as little well.

She remembered her father once told her that she should follow it if she ever lost in a jungle and found water. A small stream would flow into a bigger one, then into an even bigger body of water where there were people around. 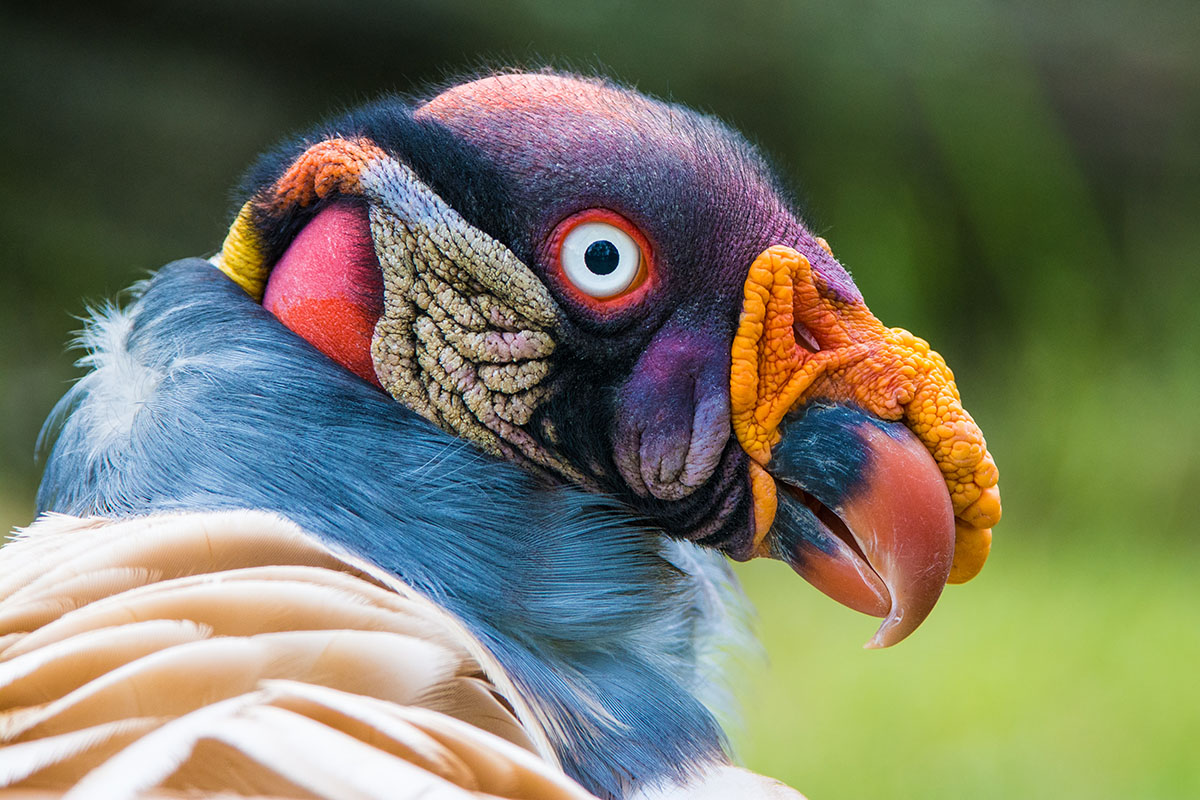 Juliane had no problem leaving the crash site. Had she found someone who was injured, she probably would have stayed a little longer.

On her fourth day of wandering to find help, she saw a row of seats drilled into the ground. It was a seat from the plane. The three people strapped to it must have been killed upon impact.

She knew she would come across dead bodies because moments earlier, she heard the sounds of King Vultures, enormous condors that prey on animal carcasses. Either the vultures found a big dead animal or a human corpse nearby. 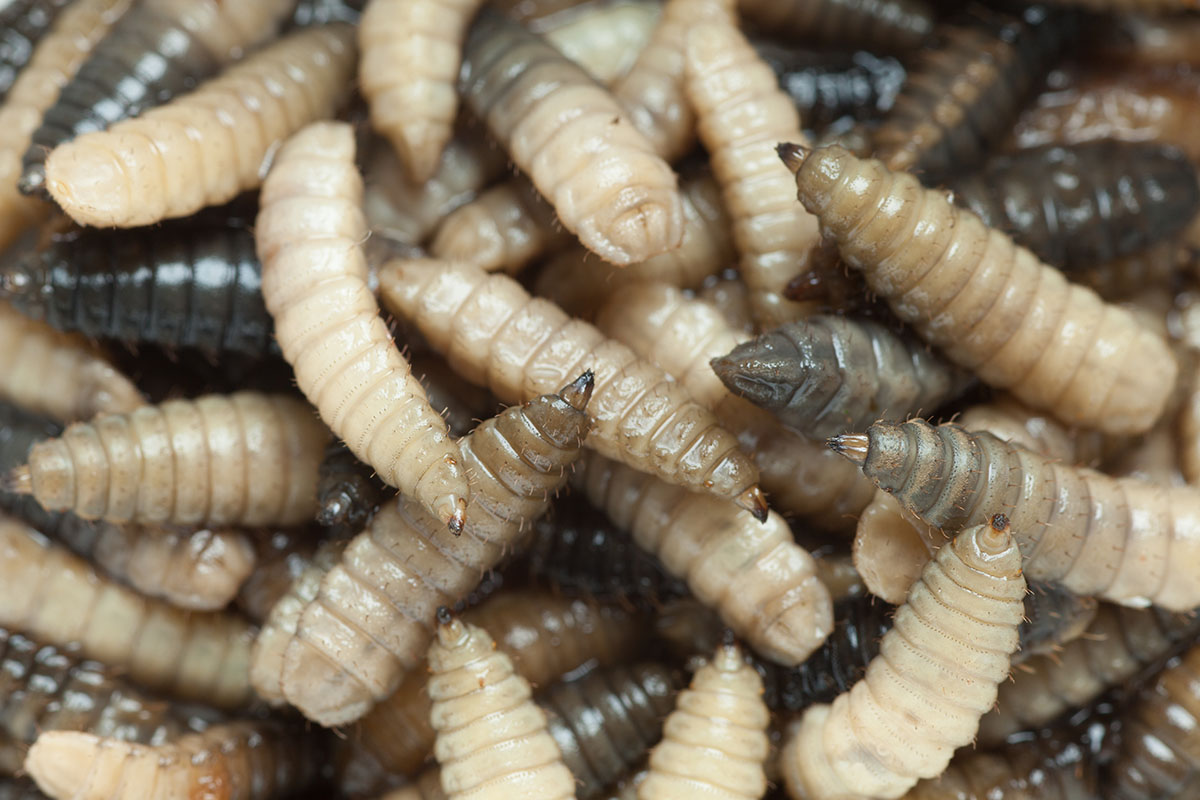 Juliane was not without injuries. She had a broken collarbone, deep cut on the left calf, fractured shin, strained vertebrae in the neck, and torn ACL, among others.

She also developed a lot of scar tissue after being in the water all the time. All those injuries didn’t bother her. The only thing that made her nervous was an open wound in her upper arm, already infested with maggots.

On the tenth day, she found a boat with a barrel of diesel fuel on it. She poured the energy into the wound, forcing some larvae to come out.

Late in the afternoon, she noticed that the boat was sitting close to a path leading into the forest. She followed the trail and found a little shack.

She stayed there for two nights, mending her injuries with no help. In the morning, she heard voices coming from the forest. She thought the voices of angles turned out to be of three local men coming to the hut.

Juliane spoke perfect Spanish, so she told them what happened. They also had heard about the crash from the radio. Help found here, at last.

The next day, the three men took her downstream in their boat. They reached a small town in the afternoon, and she was admitted to a local hospital.

A female pilot happened to be in that small town too. She belonged to some missionaries in a village near Pucallpa.

The pilot took Juliane in a two-prop airliner into the home of those missionaries, where she received further treatments.

Juliane only knew later on that of all the 92 passengers on board LANSA Flight 508 on Christmas Eve; she was the sole survivor.