by Factionary 5 days ago5 days ago
00views

Long ago, before humankind, the Earth was home to millions of species that have since died out and vanished from all presence on Earth.

These were the times of terrible lizards, which weren’t lizards, all the way back to the earliest stages of life in the primordial goop of random acids and proteins, which eventually got tangled into the first strands of DNA.

But somewhere in between the time when all life wasn’t, and then was way too big, there was a period where life was still finding a way onto land that felt just right.

Crawling, inching, and scuttling onto the sand, this brave new life took the form of the most efficient and grotesque we know.

Before the ice age, mammals, dinosaurs, or even the prototypical vertebrates, the ocean, and land belonged to whatever was the closest thing we know to be fish.

There were two significant hegemonies of life in the water: stuff with scales and gills and things with hard shells. Invertebrates were and still are among the most populous animals on the planet by sheer volume.

Their explosive breeding means they don’t need to be the strongest to survive; they need to keep existing.

It’s good that most bugs are bug-sized. But back then, evolution was still toying around with wild ideas, like making bugs the size of a compact car. 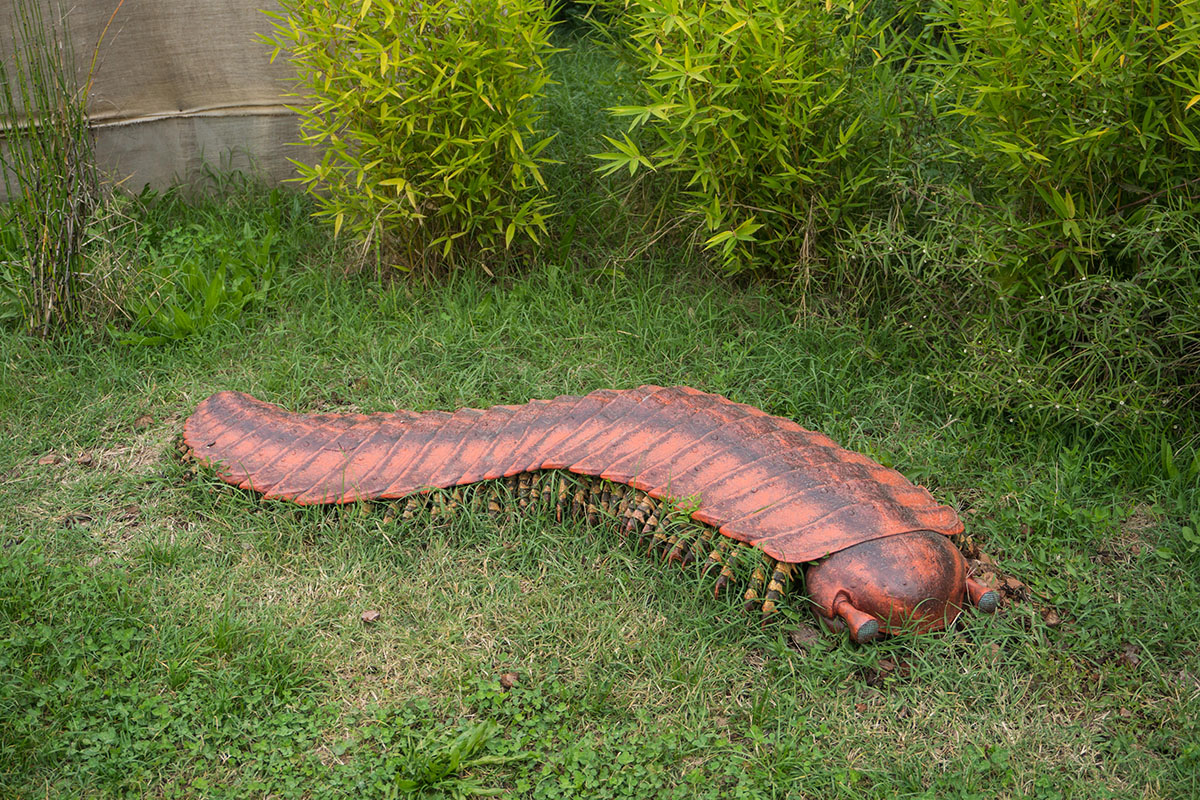 Scientists in England have unearthed fossilized remains of an invertebrate about 2.5 meters long.

That’s close to 9 feet. But it wasn’t like a worm or a thin, tread-like being that compressed its usable organs and skin surface across a long body.

It was also wide. It was a giant millipede, part of the Arthropleura family.

Nothing on Earth compares to today; it lived over 300 million years ago. 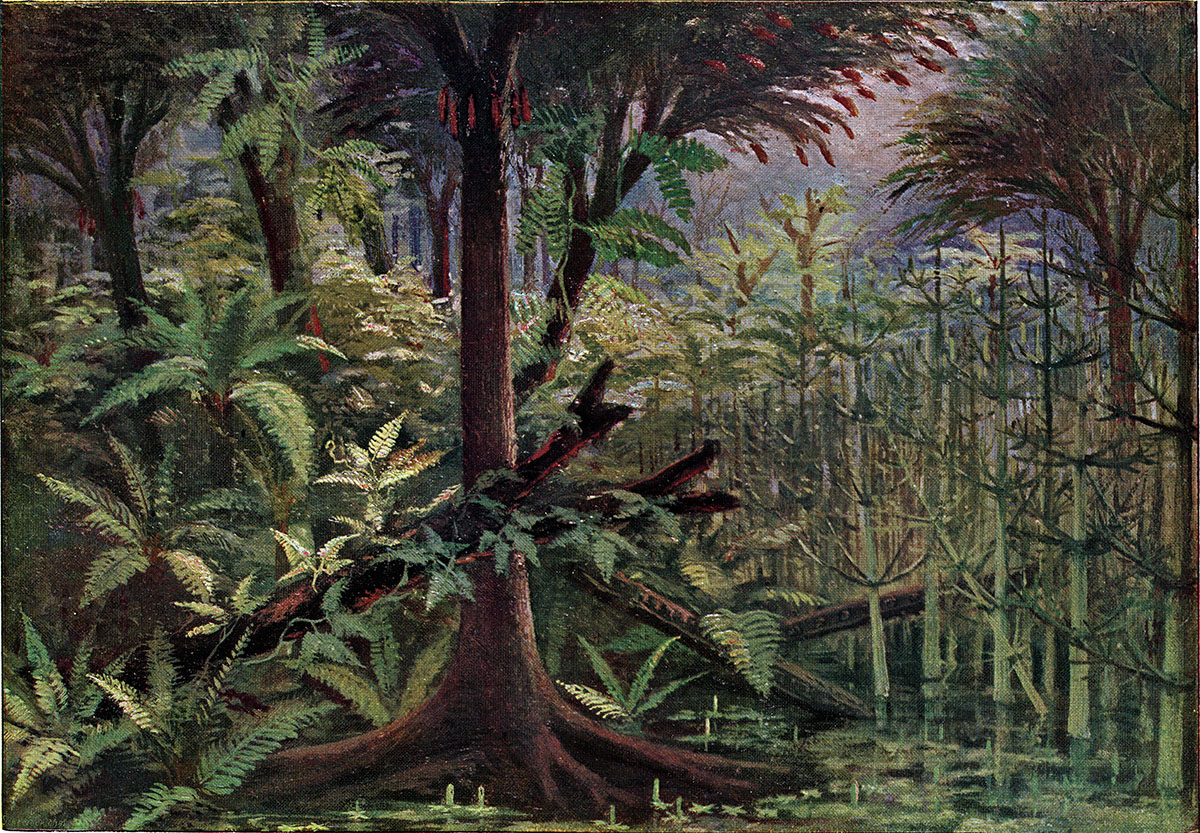 The source of the giant millipede is the same as the source of all life during the Carboniferous Period, so named because this particular period had a pronounced lack of carbon in the atmosphere and an abundance of oxygen.

The Earth, during this period, had 5% more oxygen than what we have right now in our atmosphere.

Oxygen tends to move slower through bugs’ bodies due to their internal makeup and organ structure.

Bugs usually have a much smaller size, so the vital oxygen has less space to travel to get to where it needs before it is depleted inside their bodies.

With more oxygen comes more room for it to travel.

This is why so many animals were so much bigger back then; there was more air to breathe that would stay in their bodies, allowing them to expand rather than contract over generations of evolution.

The fossil that has caused a stir in the discussion of ancient bug life hails from England, an area where such creatures have traditionally not been found.

While bugs are common everywhere, not everyone has to deal with the same pillbugs or caterpillars.

This calls into question the supposed core habitat of the giant millipede as it was never found in such a place before.

The Earth back then was not in the same order it’s in now.

The cliffs of Howick Bay in Northumberland, where this specimen was unearthed, used to be part of the Equator

That fits the tropical climate in which most big crawling bugs are found and harkens back to when England had much warmer summers.

Any scientific body did not discover the fossil as it was observed when a rock face fell apart in a nearly perfect split, revealing the segmented indentation of the bug’s body.

These impressions are one of the most common fossil records, impressions of rock or petrified mud which settled over an animal’s body, leaving an imprint behind these millions of years later.

Most fossilized specimens of the Arthropleura have been found in tiny chunks, pieces, broken up and scattered. Whole bodies are not things that usually get discovered.

Many skeletons or complete fossils are gathered after months or even years of dedicated and patient digging to unearth all of the connected parts.

Fossilized bones can’t be found in invertebrates as they have no skeletons.

But their exoskeletons and hides can come off molted and left to be preserved like this one was.

Fossilized remains tell-all about the life the former creature lived.

The millipede was found with river sediment filling most of the exoskeleton, indicating that the region now known for rocks and cliffs was once a bustling river.

And, it had to be a tropical forest, a widespread woodland where this bug would find the best hiding and hunting grounds for its daily needs.

With this fossil record, scientists estimated it weighed as much as 50 kilograms, or 110 pounds, as much as a big friendly dog. Imagine that crawling into your lap.

How did such an impressive bug die out? We already have enough trouble getting rid of the bugs we’ve got, which are relatively weak.

A bug that big, that heavy, and potentially that fast underfoot would not just go into the night quietly.

During the Permian Period, the continents as we know them began to drift further apart and reach the settled grounds that make up the globe we understand today. As they did, the landmasses would undergo climate shifts.

The millions of generations of bugs over tens of millions of years would see their habitat change out of their favor, with bigger bodies needing more resources that the land no longer provided. 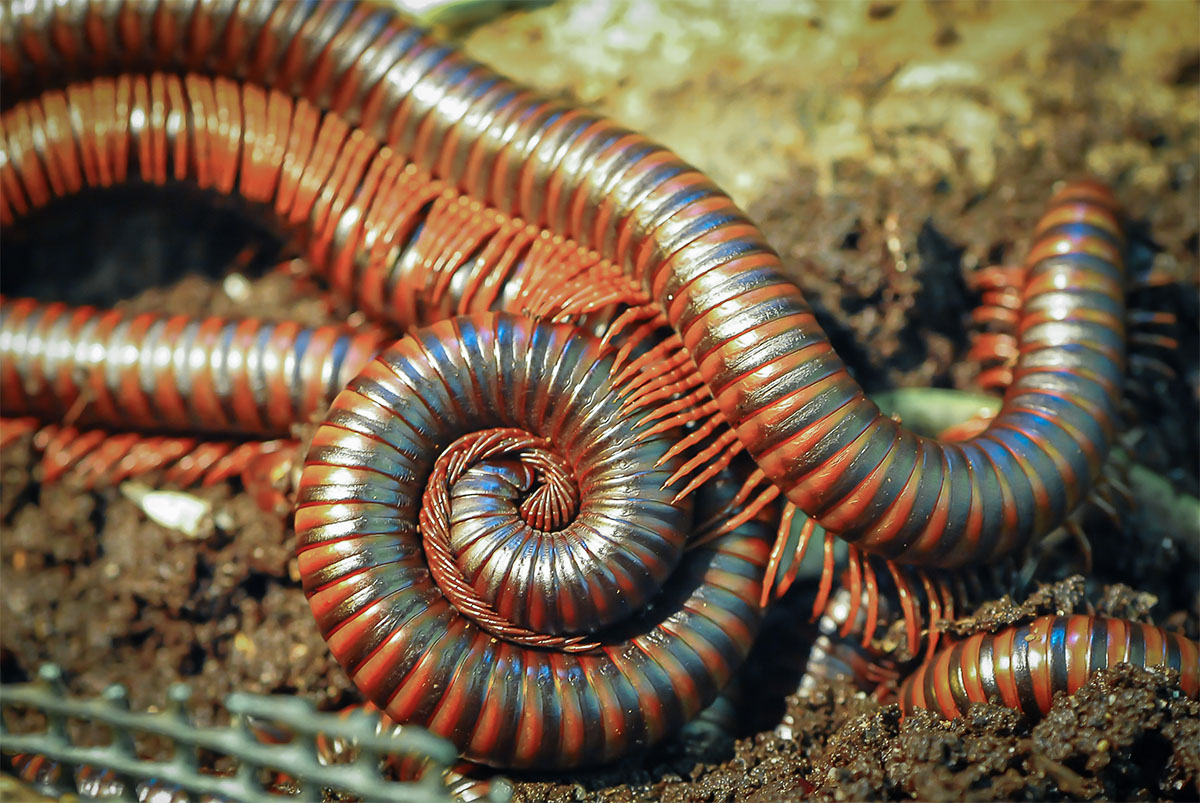 It’s a good thing most of these gigantic insects have been left behind in the past.

Not just for bug haters the world over, but because they could not possibly survive in the modern-day.

Lower oxygen, harsher resource conservation among species, and higher competition would see them eradicated if they ever crawled out of the woodwork – or rockwork, in this case.

But for ardent bug collectors, imagine mounting that kind of bug. It could fit over a fireplace, from wall to wall.