America’s most visited national park, the Great Smoky Mountains, stretches to 522,419 acres (over 2,114 km2), spanning the southern Appalachians along with Tennessee and North Carolina border.

By the time the park was officially established in 1934, about 80 percent of the forest area had been decimated by logging; much of the land area was owned by 1,200 small property owners, too.

As the native tree and shrub species regrew, the haze that gives the Smokies its moniker fills the valleys in the early morning.

The Smokies is well known for its biodiversity and, unfortunately, also as a dizzying wilderness where some cases of missing persons have never been resolved.

The first recorded case of a missing person in the Smokies is Dennis Martin, a 6-year-old boy from Knoxville, Tennessee. On June 14, 1969, he went missing during a family camping trip.

Dennis was last seen by his father, William Martin, around 4:30 pm at Spencer Field. His disappearance launched an extensive search involving about 1,400 people. 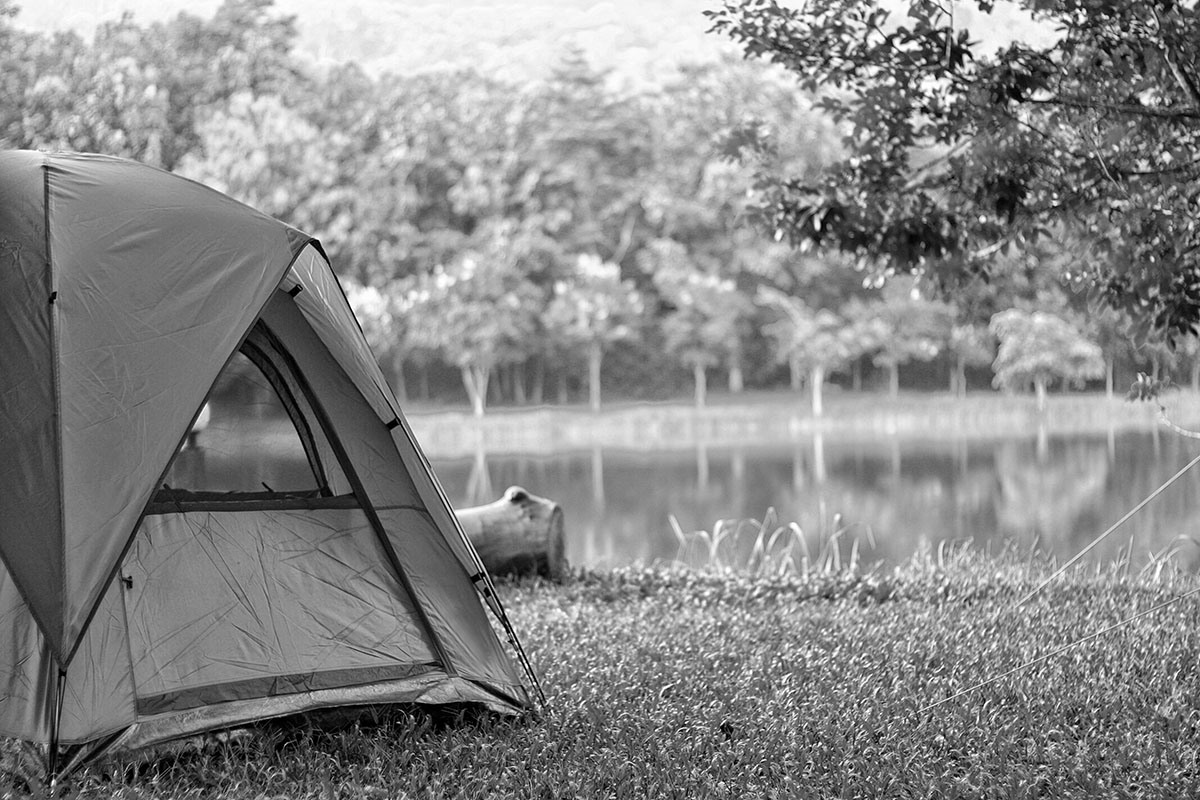 Approaching Father’s Day of 1969, Dennis and his family went for a multi-day hike to the Appalachian Trail. Dennis was with William (father), Clyde (grandfather), and Doug (brother).

After spending Friday resting at a shelter at the Russell Field, the family continued hiking on Saturday to the grassy area of Spence Field along the border between Tennessee and North Carolina.

At Spence Field, they bumped into an unrelated Martin family with two young boys.

The adults took their time to rest and watched their kids play together. At around 4:30 pm, William noticed that Dennis was nowhere.

Douglas said all four boys decided to sneak up and scare the adults. The plan planned to split up into two groups behind the woods and surprise their parents from two opposing sides.

For some reason, the groups were not evenly split. Douglas and the other two Martin boys went south and then west, whereas Dennis took the northwest direction.

They would have come upon the adults from the south and north sides had it all went well. When the time came for Dennis to appear from behind the bushes suddenly, he never did.

It must have been only a few minutes since William last saw Dennis sneaking away, but he wasted no time and began calling his youngest son.

The father heard no response, so he decided to immediately search for Dennis around the area, which made perfect sense because the boy couldn’t have wandered far enough within such a short period.

William hiked several miles back and forth on nearby trails in vain. In almost every direction from the Spence Field, the downhill trails were full of thick bushes. A little boy could easily get lost in the area. 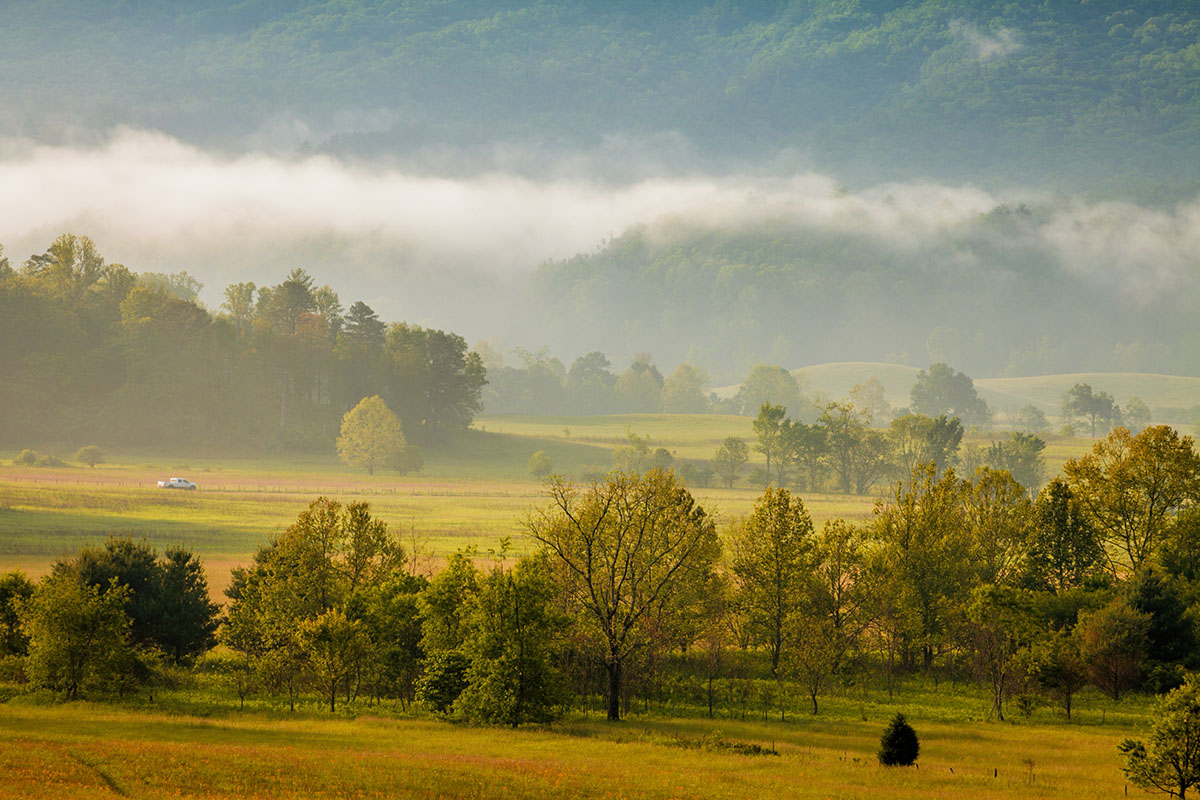 Grandfather Clyde hiked six miles to Cades Cove to notify the rangers about the incident. He filed the report at 8:30 pm and then climbed back up the trails to Spence Field.

Along with both hikes, Clyde found no sign of Dennis. As darkness fell, heavy rain started pouring down the Smokies. A thunderstorm dumped more than 2.5 inches of rain throughout that Saturday night.

Turbulent streams drowned every call for Dennis. Some reported that the storm was so vicious people were having trouble lighting a fire. Search efforts continued despite the cold weather and with difficulties.

Family members and three rangers from Cades Cove interviewed anybody they came across leading to and from Spence Field.

Everyone they saw around the area was also interrogated. The weather was moderate in the early morning on Sunday 15.

The search began at 5:00 am but with more people and equipment this time. Three trucks and nine jeeps transported more searchers from the Bote Mountain Road to Spence Field.

The search party on Day 2 was comprised of 240 people. That said, poor coordination and inadequate supplies for the personnel involved made the search ineffective for the most part. 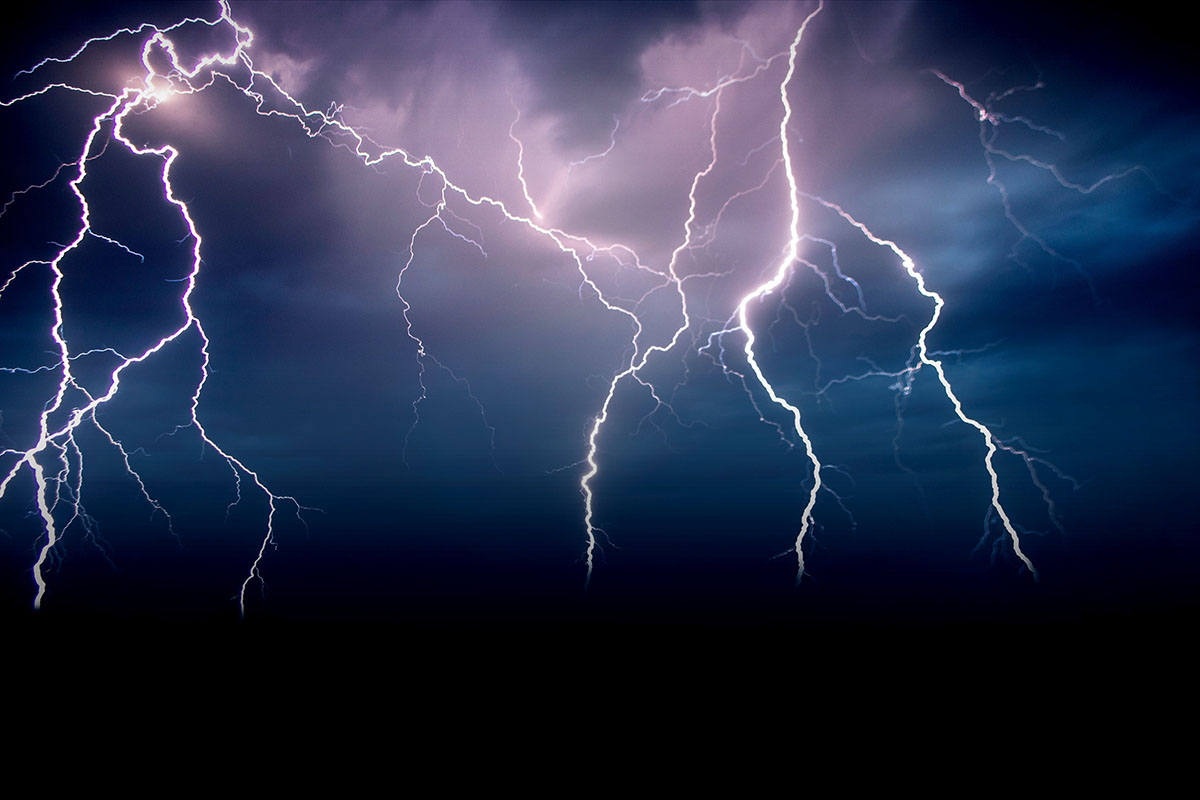 A heavy thunderstorm the previous night posed a serious physical risk to the 6-year-old boy. As more personnel arrived, some groups began to look for any sign of Dennis in the drainages.

Among those involved in the search effort were rescue squad crews from North Carolina, park rangers in training, and local boy scouts.

Authorities also acquired a helicopter to haul some additional equipment. By 1:00 pm, the park set up a 24-hour watch at Spence Field.

Lack of coordination and experience negated the effort a great deal. For example, the boy scouts covered the terrain with child-sized footprints in every direction.

In the following week, around 1,400 people were stomping the search ground.

Even Special Forces from the Fort Bragg, who happened to have exercises near the Smokies in the North Carolina side, provided assistance navigating the dense jungle terrain.

Military helicopters made loud noises as they transported search teams to Spence Field. The search party grew in number by the day, but not inefficiency.

It was not clearly defined what every searcher should and should not do. Every clue to Dennis’ location was most likely trampled. There were just too many people doing too many things. 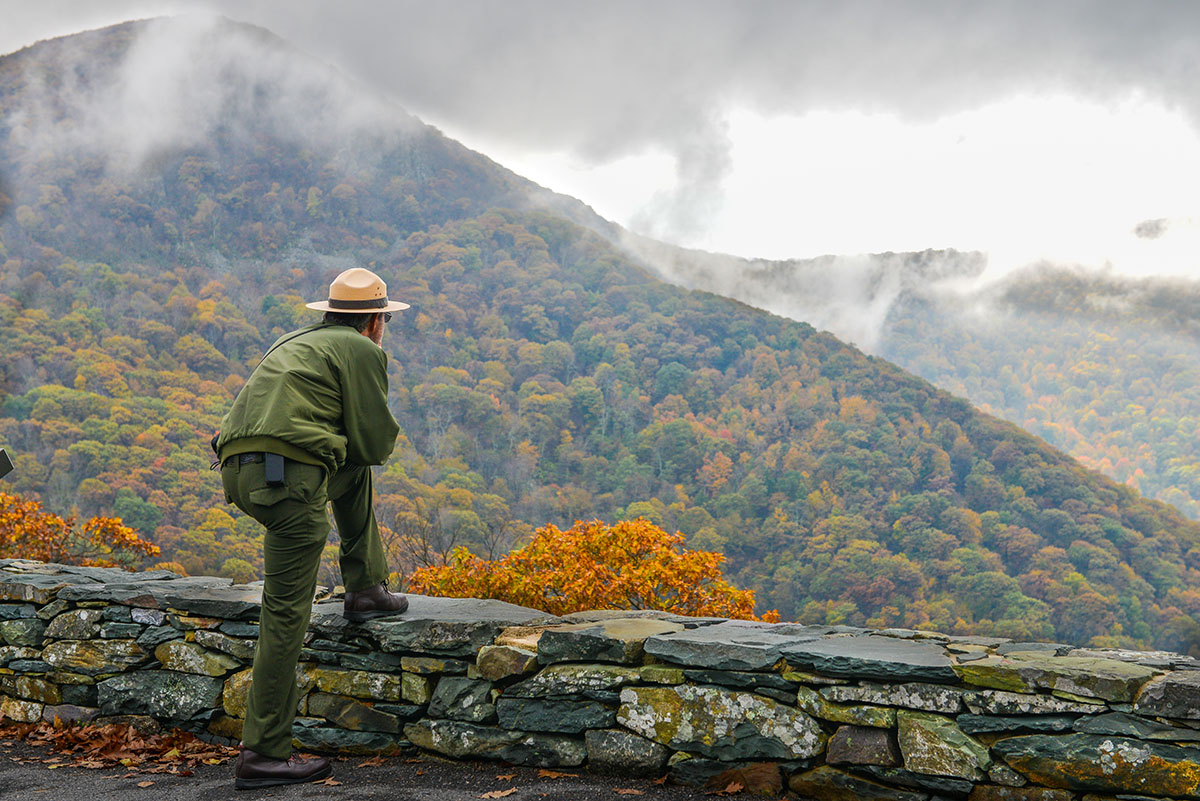 Hundreds of searchers probably ruined all possible clues that the rain had not washed away. Every single one of them came with good intention, but it did not change the fact that an unmethodical search effort yielded poor results, if at all.

According to Dwight McCarter, an expert tracker and retired park ranger, the search was conducted as if people were handling forest fire; they surrounded the area and drowned it.

A famous psychic contacted the Martin family and gave some suggestions. The search party followed them to no avail. 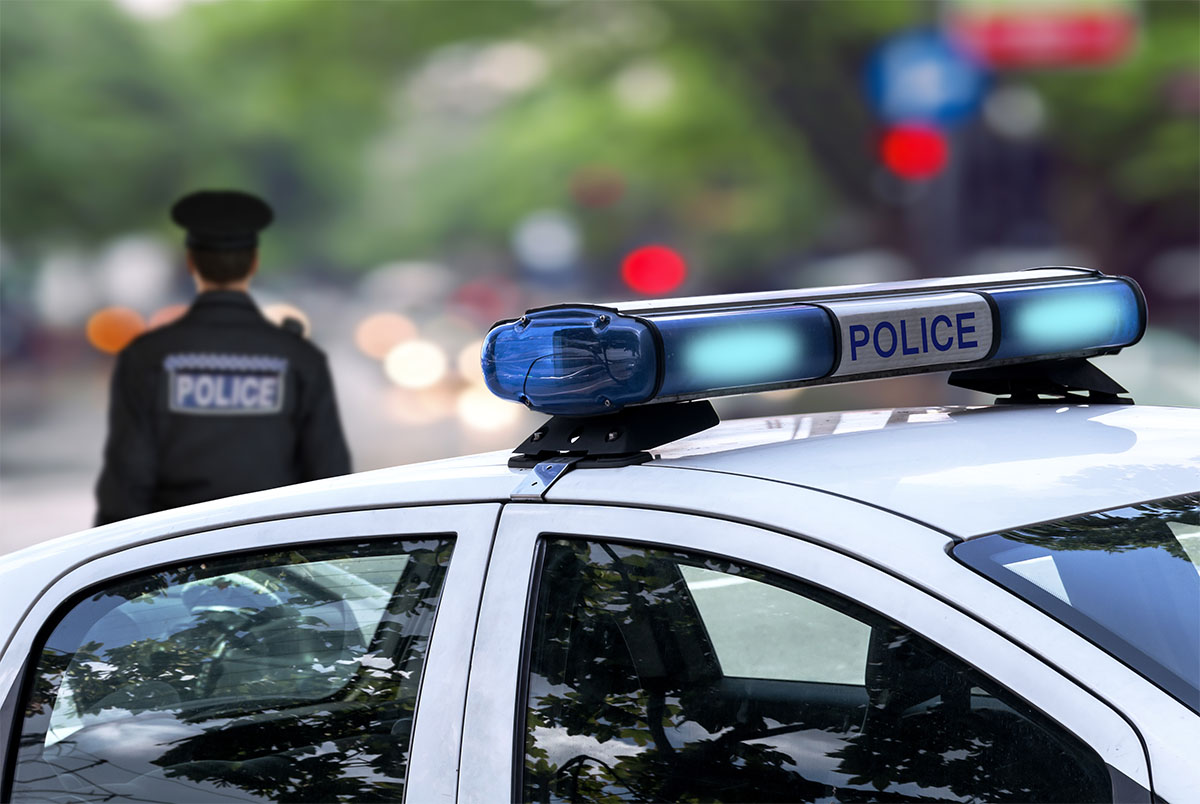 As days came and went, theories ran rampant surrounding the disappearance of Dennis. Some thought an animal might have attacked the boy; others said he must have been drowned and washed away.

The shoreline heading toward Fontana Lake from the mountain top was also searched. The family offered a reward for Dennis’ return in fear that the disappearance might be a kidnapping case.

The authorities never took the possibility of kidnapping because there was not enough evidence to assume that Dennis had been abducted confidently.

By the end of June, the search party dwindled to fewer than 70. Rangers also reopened Cades Cove to traffic. FBI agents informed park officials that kidnapping was not possible, supported by any evidence.

A trio of trackers kept up the search effort for the next 50 days, but still, they found no sign of the boy. Finally, on September 11, 1969, park officials decided to close the search.

Despite many searchers, including Special Forces, and months of investigation, Dennis Martin remains a missing person. He has been missing for more than 52 years.