The idea that Earth is the only planet inhabited by intelligent species has been considered unthinkable by the scientific community worldwide.

Just because the human race cannot find, identify, recognize, and establish communication with extraterrestrial creatures, it does not mean they don’t exist.

Many people think and assume that Unidentified Flying Objects (UFO) – of which have been sighted thousands of times in the United States alone, actually are some form of extraterrestrial life, exploring the universe and studying the Earth for an unknown purpose.

No one knows what the things were, but indeed, they demonstrated technology far more advanced than what we have now.

Now that ridiculed theories have become legitimate inquiries into the existence (and visitation) of intelligent extraterrestrial life, the government and public begin to look back at past reports of UFO sighting all across the country and worldwide.

One particular incident that has been primarily considered a legitimate encounter with UFO happened decades ago in Berkshire on September 1, 1969, when multiple individuals from four unrelated families: around the same time in different locations, claimed to have been directly exposed to possible extraterrestrial life.

On the evening of September 1, 1969, Tommy Warner was spending the Labor Day weekend having fun coloring books with his friends. He was only ten years old.

When he realized that it started to get dark outside, he looked out the window and heard a voice telling him to go home.

Scared by the voice, he told his babysitter Debbie that they had to leave now. According to Tommy himself, he ran out of the house as fast as he could.

The babysitter said Tommy was indeed running, but in one spot, he was not moving anywhere. 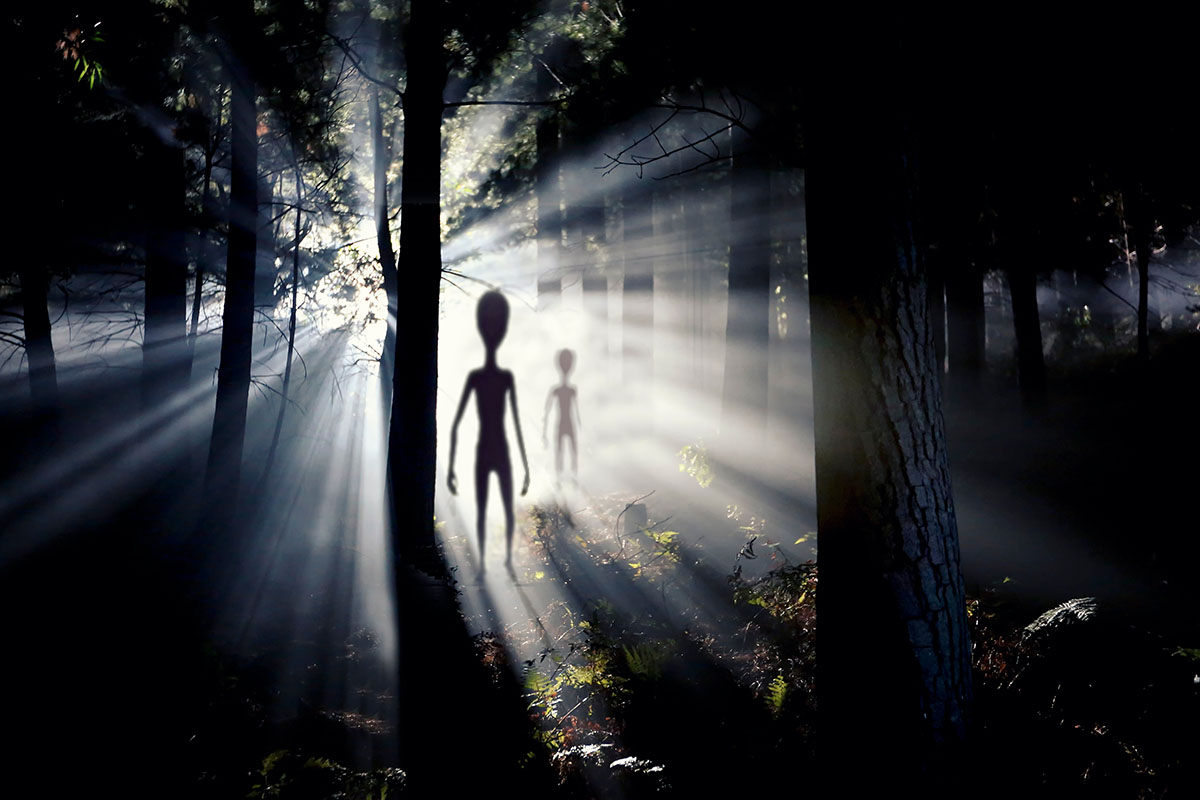 While still running in the same spot, Tommy looked to his left and saw an unidentified object coming down from above and shining a beam directly on him. Debbie corroborated Tommy’s story, then the boy vanished.

The next thing Tommy could remember was being held on the ground by the beam on the other side of the house.

He recalled it was about a minute longer before the beam went away. Debbie claimed that Tommy was gone for about seven minutes.

The 14-year-old Melanie Kirchdorfer had ice cream with her family at Lake Mansfield that same evening.

Her recollection of events also involves bright light and strangely-shaped objects. The difference was that the thing came up from under the water instead of down from the sky.

She remembers levitating and ending up inside some ship. Some moments later, Melanie was alone by the lake and went home by herself.

Tommy and Melanie did not know each other, but Tommy said he remembered seeing her on the ship the next time they met.

In the nearby town of Sheffield, also in Berkshire County, in the evening of September 1, Thomas Reed and his brother Matthew, mother Nancy, and grandmother Marion were driving home from a horse show through the Sheffield Bridge. His mother, Nancy, was going. Thomas and Matthew were in the back seat.

As soon they drove past the bridge, Thomas said a bright light lifted the car. He described the experience as a sudden quiet moment until they heard noises seemingly of frogs and crickets. 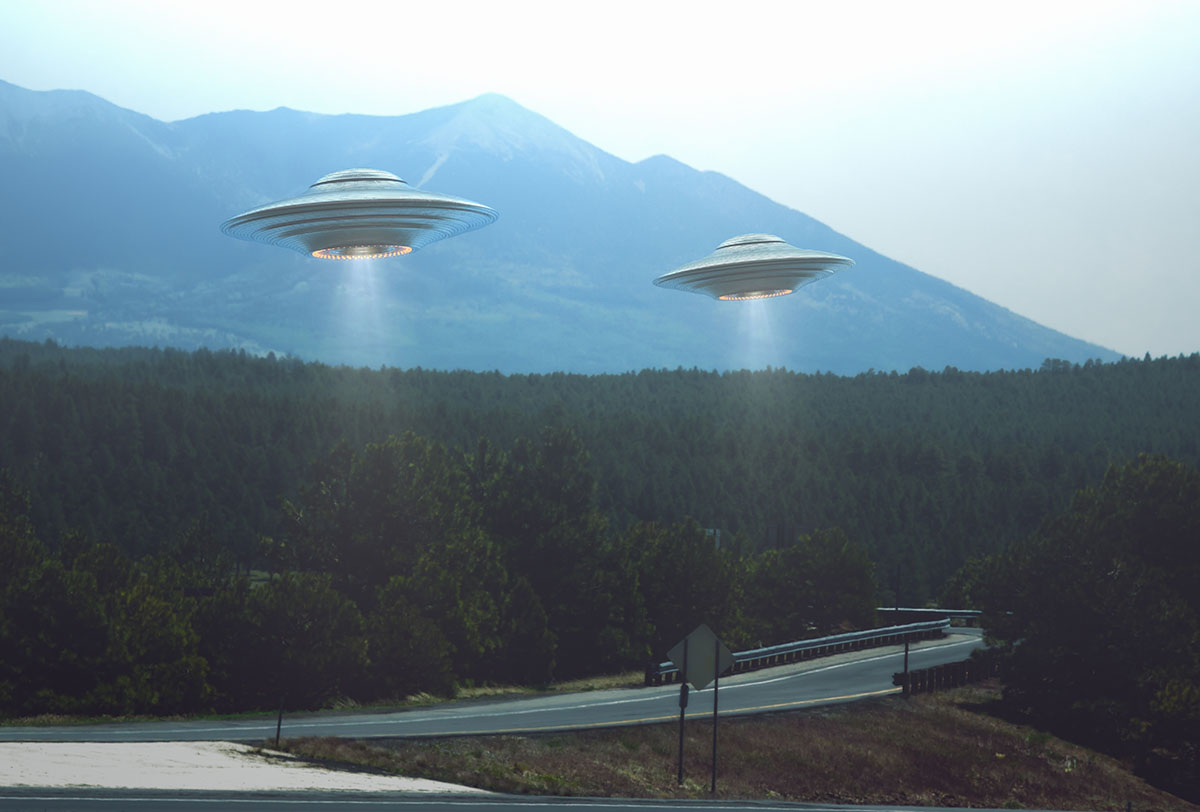 During that quiet moment, the family saw a hovering disk-shaped turtle shell above the field next to them.

There were three hovering objects; the body and two spheres of light positioned like a triangle with the family’s car levitating right at the center.

Thomas remembers being in an ample open space like an airplane hangar outside the car. He doesn’t remember much of it, except that he was shown an image of a willow tree outside the vehicle.

The Reed family thought the strange experience had lasted for no more than fifteen minutes, but they were gone for three hours in reality. Thomas Reed was only nine years old back then.

When the family was back on Earth from the unidentified vessel, they were still together in the car. Strangely enough, the car was 1.2 miles away from the site of the unworldly experience.

Even more surprising was that Marion took the driver’s seat, although no one remembers her switching position with Nancy.

On September 1, 1969, Jane Green was driving home from Stockbridge to Great Barrington in the early evening.

Somewhere along the road, she had to stop and get out of the car because bright lights suddenly blinded her. She thought there might be a traffic accident and that the lights were coming from police vehicles.

There were not police vehicles but an overwhelmingly large object hovering above the road. Despite the size, it made no noise at all. All of a sudden, the thing lifted some more then flew over the mountains.

In 2018, Thomas Reed explained that September 1, 1969, a strange incident was the third time he and his brother experienced an encounter with UFO. The third time was by far the most memorable.

The two boys saw the same sizeable disk-shaped turtle shell for the first time in 1966.

They described it as an approximately 60 feet wide object hovering above the ground. It had some panels but without landing gear. Thomas and Matthew had the second encounter in 1967.

Local supporters built a $5,000 monument to commemorate the 1969 encounter with the unknown.

The monument is a large white granite structure with a statement written right on the surface recognizing the encounter as the nation’s first UFO incident.

It was, however, privately funded. The government had nothing to do with the planning, construction, and the states all over it.

Jane Green, Tommy Warner, Melanie Kirchdorfer, and Thomas Reed were not the only individuals sharing their stories of the UFO encounter that evening. About 40 residents from all across the county made more or less similar reports.

Thomas Reed also experienced first-hand that the sighting turned out to divide the community. His family was harassed, and a lot of fights happened over the claim.

Now that the government finally opened official investigations of possible extraterrestrial life, the Berkshire UFO incident in 1969 could once again make national headlines.