Firearms have changed the course of human history, or more specifically, the people who used them and whom they killed.

The death of influential figures, including leaders of mass organizations, politicians, celebrities, and presidents, profoundly impacted society. Assassinations of high-profile individuals in any nation would trigger something called “flashbulb memory” in citizens.

For many generations to come, many will remember the victims and all the good deeds they had done (or could have done); the perpetrators of the crime go down in history books as well.

Almost every detail of the assassination became subject to scrutiny. There would be inquiries and investigations on how the assassination took place, to begin with, why it happened, who were involved, and what murder weapons were used.

Throughout history, there have been plenty of infamous murder weapons used in the assassinations of influential individuals. Some of those weapons are listed below. 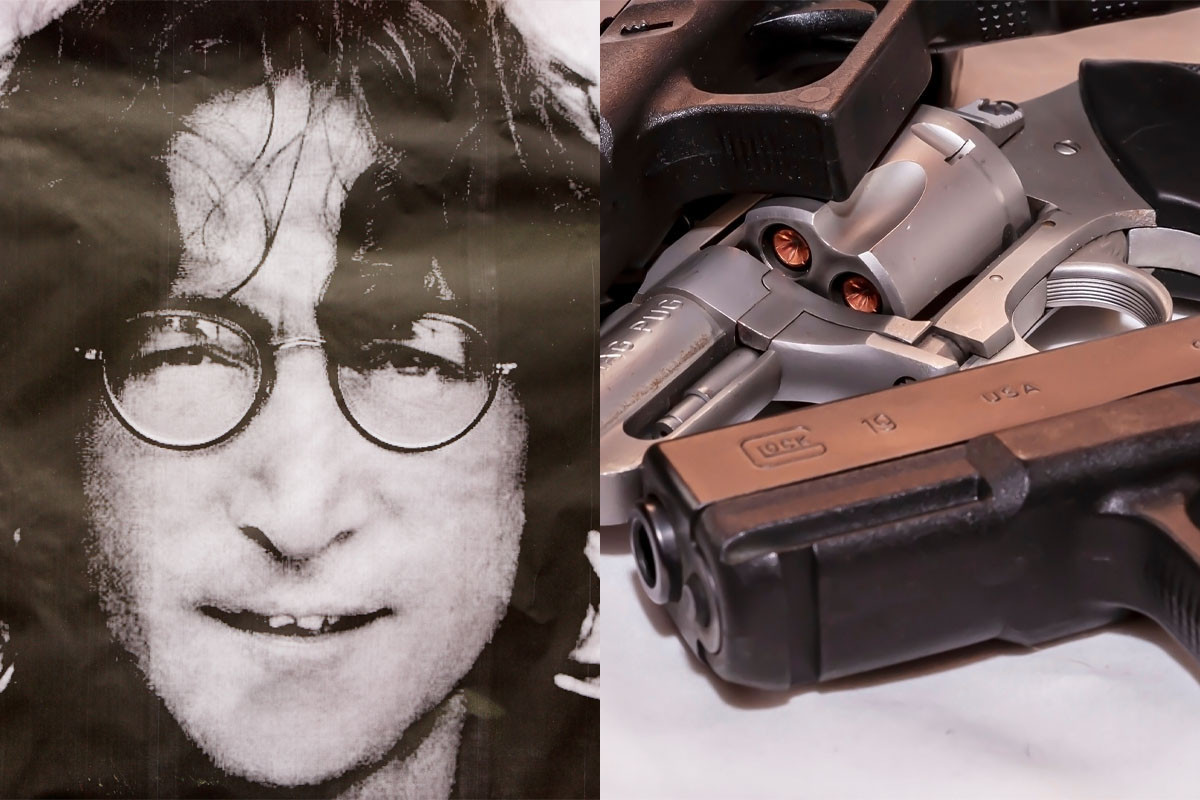 Mark David Chapman, the man who killed The Beatles legend John Lennon, is still serving time in a maximum-security prison at Wende Correctional Facility. Chapman was denied parole for the 11th time in August 2020.

According to a transcript of his parole hearing, he claimed to have shot Lennon for “glory” and because he was angry and jealous of Lennon’s seemingly perfect lifestyle.

Lennon died on December 8, 1980, after Chapman had shot him twice in the back and twice in the shoulder. The murder weapon used in the assassination was a Charter Arms .38-caliber handgun.

Tupac Shakur was gunned down in the Las Vegas strip on September 13, 1996. It took the authorities ten years to find the murder weapon, and even that was by mere chance. One individual found a .40 S&W Glock 22 in his backyard in 1998 and reported it to the police.

Fast forward to 2006, Deputy Timothy M. Brennan was sifting through records, and he recognized the address where the gun had been found as home to the girlfriend of a prominent Crip member.

The deputy ordered ballistic testing, and the results were a match for the firearm used to kill Tupac. 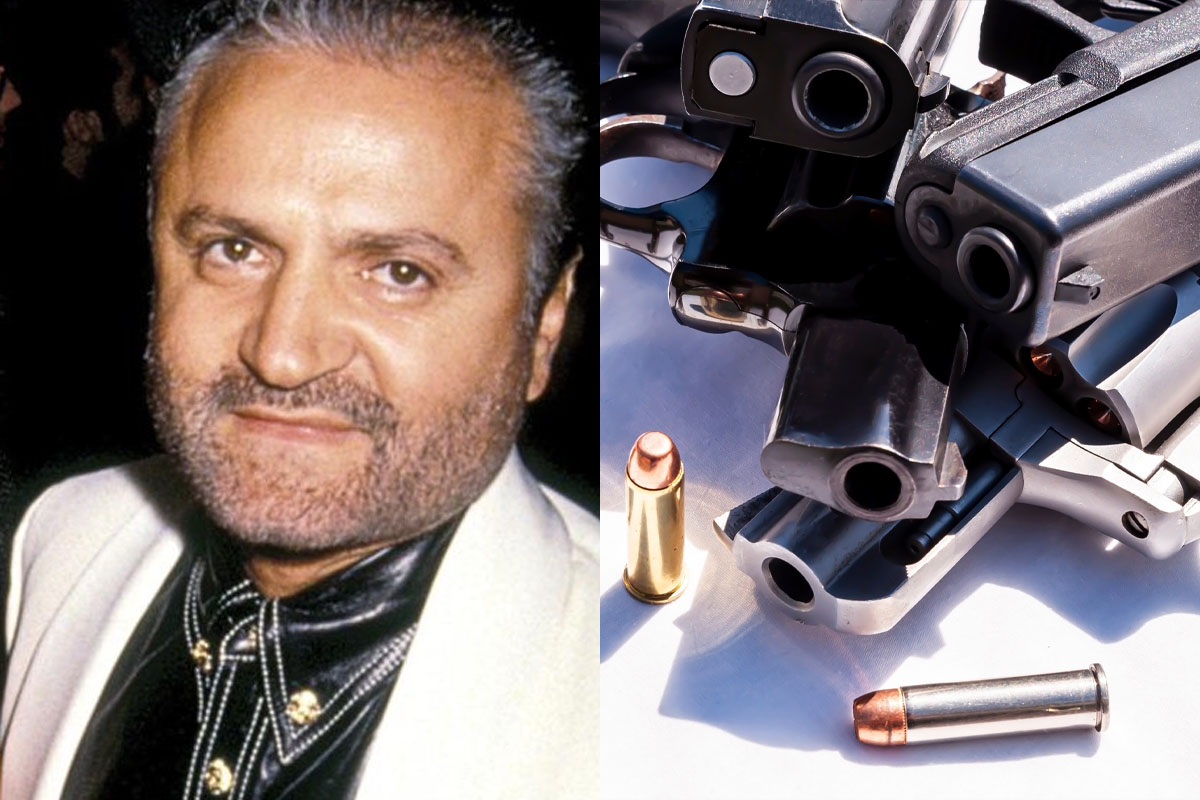 On July 22, 1997, the FBI announced an update of the investigation on the murder case of famous fashion designer Gianni Versace.

The bureau said ballistic testing had revealed that the same .40 caliber handgun killed Versace and two other alleged victims of Andre Phillip Cunanan.

A week before that, Versace was shot twice in the back of the head as he ascended the steps of his mansion. The shooting was execution-style with a Taurus PT-100 .40 caliber handgun. 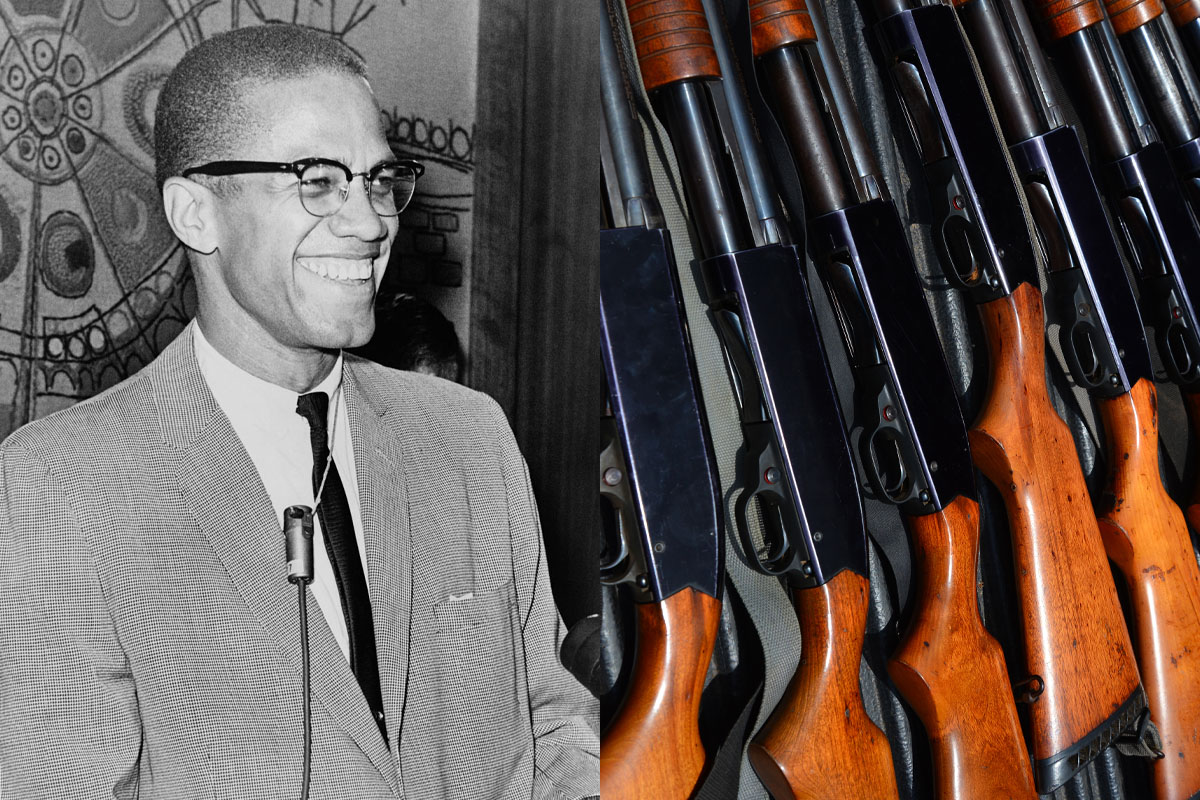 In the Audubon Ballroom in Manhattan at an event held by the Organization of Afro-American Unity on February 21, 1965, Malcolm X was gunned down as he took the stage to begin his address in front of hundreds of attendance.

During what appeared to be a diversionary scuffle in the audience, three men rushed from the crowd and shot the controversial activist.

One man carried a side-by-side cut-down 12-gauge shotgun, while the other two wielded a 1911 .45ACP pistol and an unknown 9mm handgun. An autopsy revealed that Malcolm X caught 21 separate gunshot wounds. 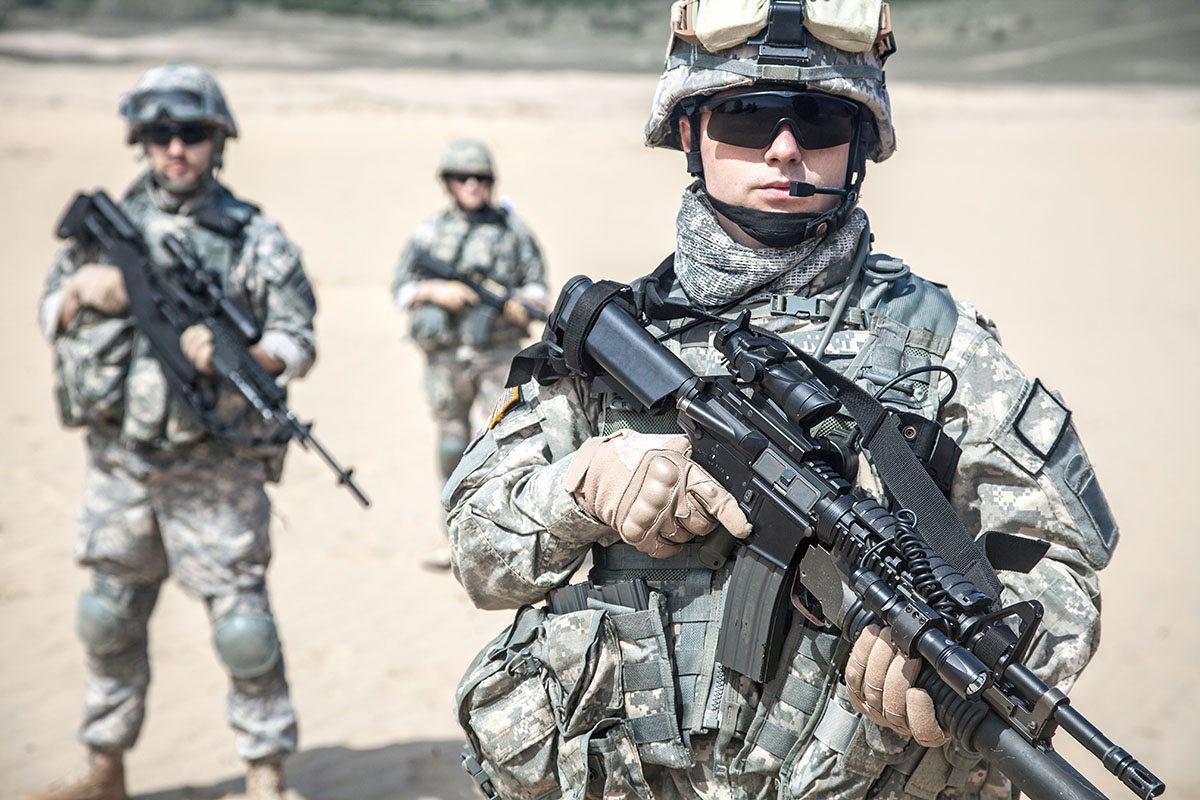 Back in 1967, the revolutionary path of Ernesto “Che” Guevara led him to Bolivia when he fought alongside communist insurgence in the country.

He did not know that CIA’s paramilitary operatives and supported by the U.S. Army Special Forces. A battalion of U.S. Army Rangers had already been deployed to hunt him down. Guevara was ultimately captured.

On the order of former Bolivian President René Barrientos, Guevara was executed in the hut where he was held. Army Sergeant Mario Terán volunteered and executed the captive using a self-loading M2 Carbine. Guevara died on October 9, 1967. 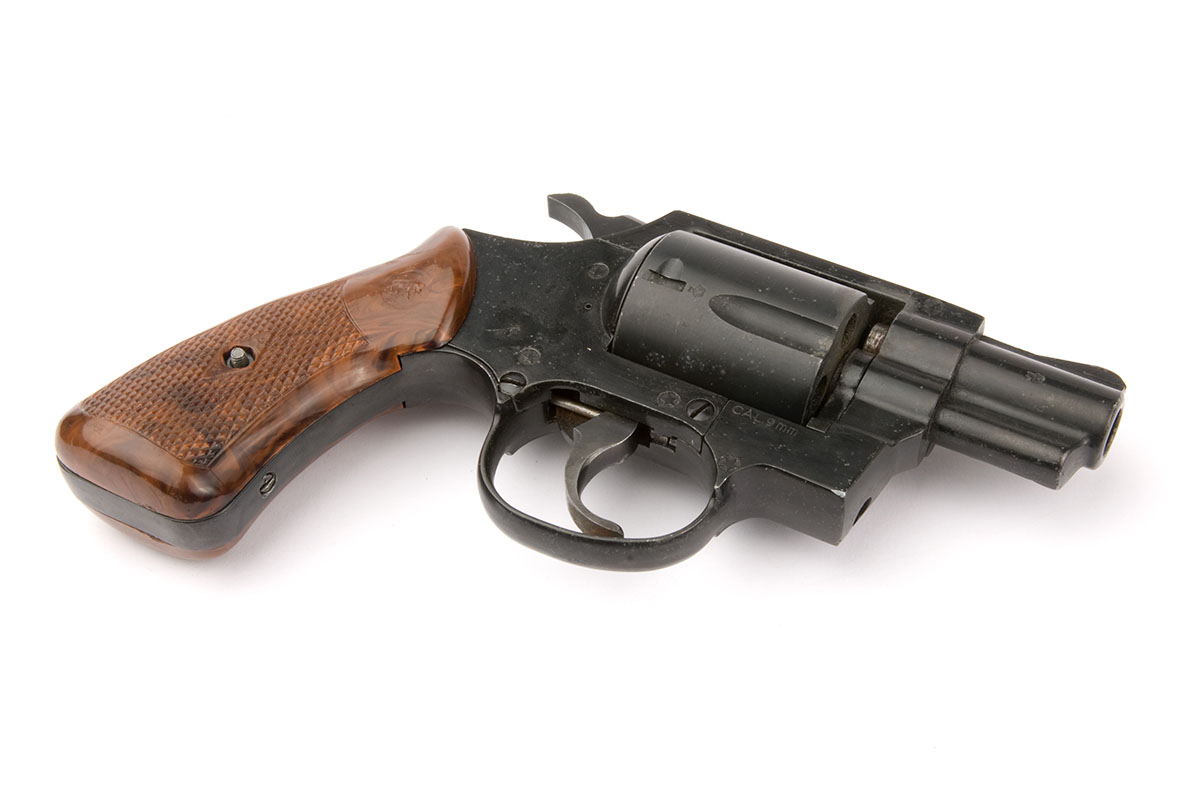 The 25th President of the United States and the 3rd American President to be assassinated, William McKinley, was a significant factor in some of the most important U.S. history events, including the Spanish-American War and the Gold Standard Act.

On September 6, 1901, during the Pan-American Exposition at the Temple of Music, an anarchist Leon Czolgosz shot the President twice in the abdomen.

McKinley died on September 14 of gangrene caused by the wounds. The murder weapon was a .32 caliber Iver Johnson revolver. Czolgosz was apprehended and ultimately sentenced to death in the electric chair. 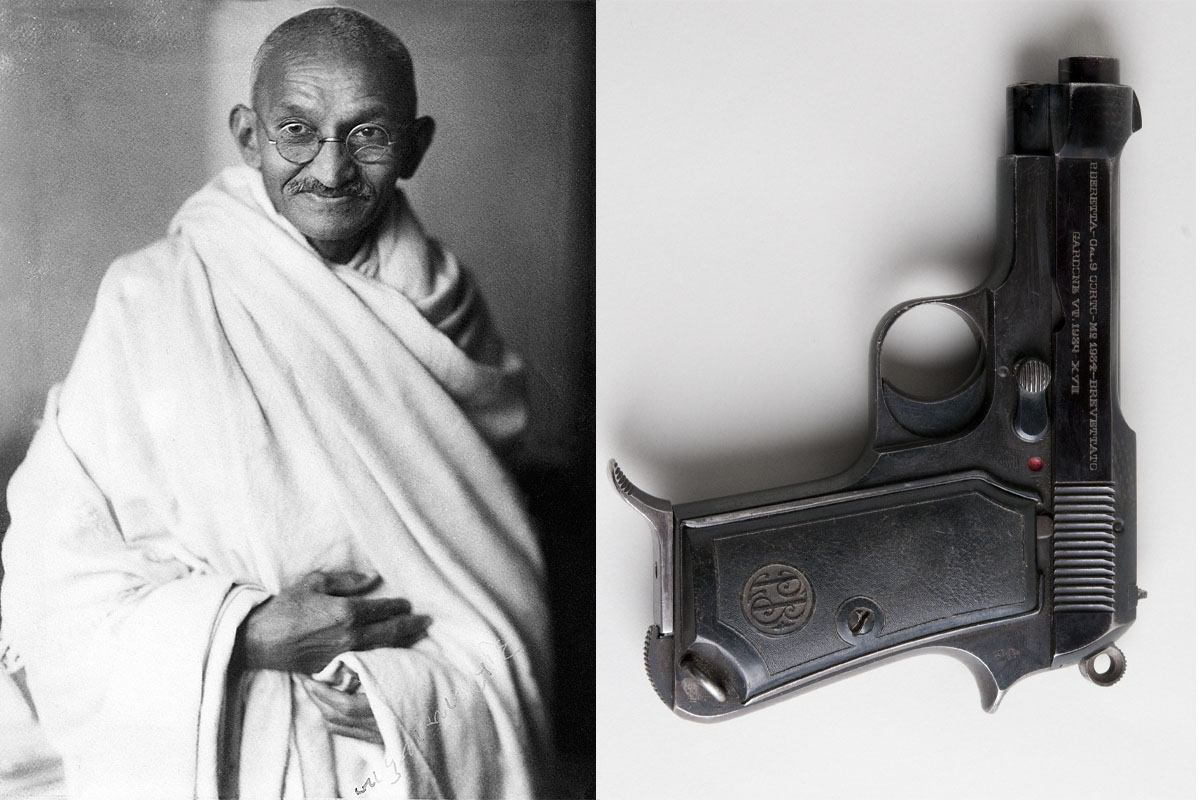 Mahatma Gandhi, the 20th century’s apostle of non-violence, met a violent end on January 30, 1948. Gandhi was in the garden of Gandhi Smriti (formerly known as Birla House) with his grandnieces, on the way to address a prayer meeting.

A Hindu nationalist named Nathuram Godse suddenly fired three bullets from a pistol to Gandhi’s chest. The murder weapon was a Beretta M 1934 semi-automatic pistol. Godse was sentenced to death by hanging. 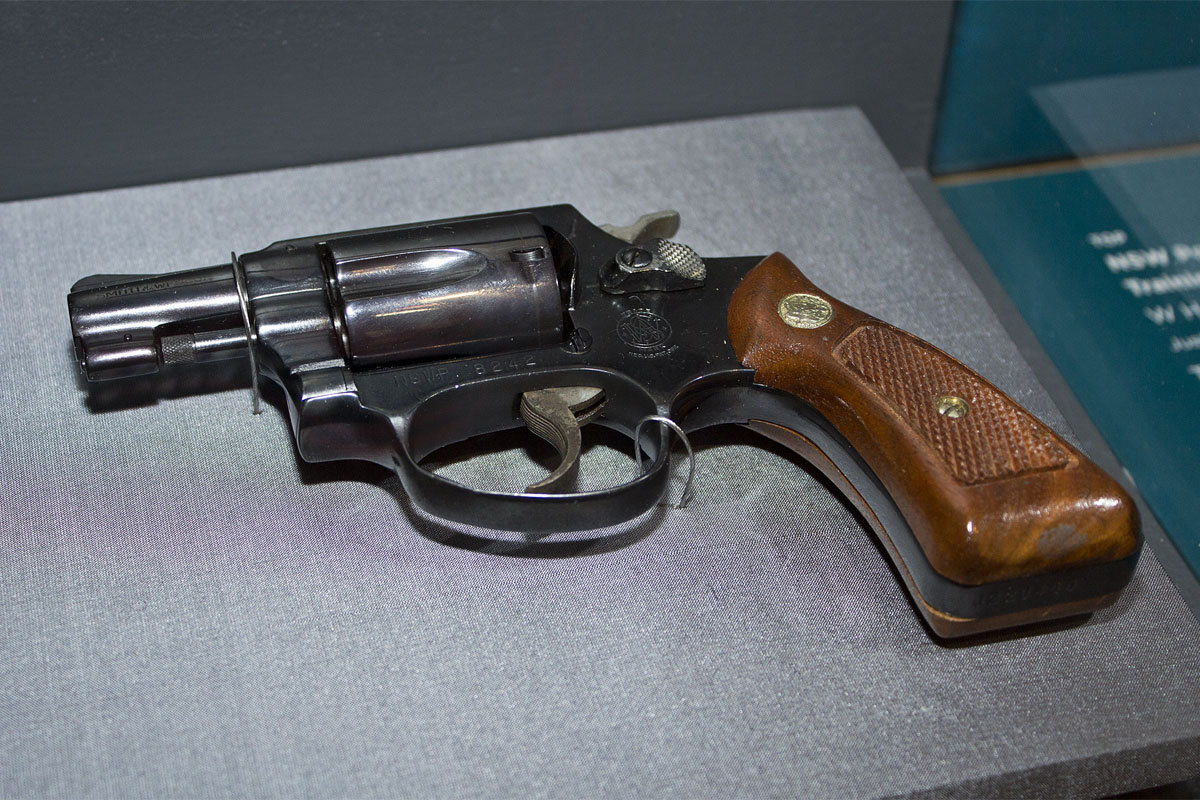 White grew angry at Moscone for refusing to reappoint him back to the Board of Supervisors from which he had just resigned, and at Milk for lobbying against the reappointment.

White entered the city hall through a first-floor window to avoid metal detectors. First, he walked into Moscone’s office and shot the mayor four times. Then he stepped into Milk’s office, reloaded the gun, and shot the supervisor five times. 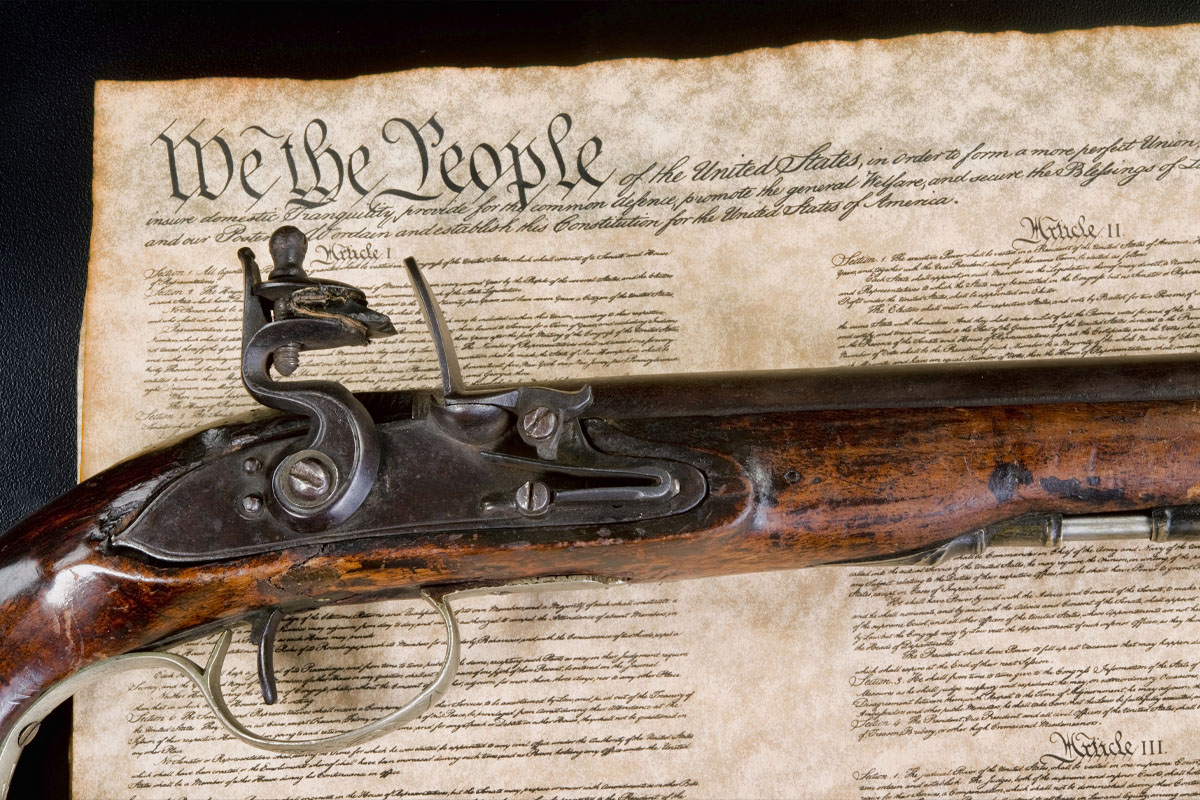 In one of the most famous duels in American history, Aaron Burr fatally shot Alexander Hamilton. Political antagonists to each other, all disputes they had been between them finally came to a brutal end on July 11, 1804.

However, the duel itself would bring new (and perhaps even more difficult) political challenges to Burr.

Hamilton died the following day from a gunshot wound to the lower abdomen. The Wogdon & Barton pistols used in the duel belonged to John Barker Church, Hamilton’s brother-in-law, and Burr and Hamilton’s business partner. Burr survived, but his political career practically ended.

Lee Harvey Oswald used the alias “A. Hidell” to make a mail-order purchase of a 6.5×52mm Carcano rifle with a telescopic sight.

It was a secondary weapon he purchased for $29.95. On November 22, 1963, Oswald reportedly fired three shots aimed at President John F. Kennedy.

One bullet struck the backs of Kennedy and Texas Governor John Connally, and another hit the President’s head. Oswald was apprehended about 90 minutes later. On November 24, Oswald himself was assassinated by Jack Ruby.