by Factionary 2 weeks ago1 week ago
25views

The words “I am a number one fan” are not that uncommon in social media where you often see a lot of people who seem to devote their time and money to demonstrate how deep their admirations go for certain public figures like singer, actors, or TV personalities.

There is actually nothing wrong with idolizing someone for example a celebrity, but things can get really scary or weird when the admiration turns into obsession.

It is true that celebrities work to earn appreciation from fans and audience in general; after all, they make money because audience like what they do then spend money to purchase song albums, movie or concert tickets concerts, and merchandises of all sorts.

When fans can no longer draw the line between admiration and obsession, they are on the brink of falling into the trap of Celebrity Worship Syndrome (CWS).

Fans with CWS tend to become overly interested in the personal details of their idols to a dangerous level where even the idolized figures feel utterly uncomfortable with fans’ behaviors, just like what happened to the following celebrities. 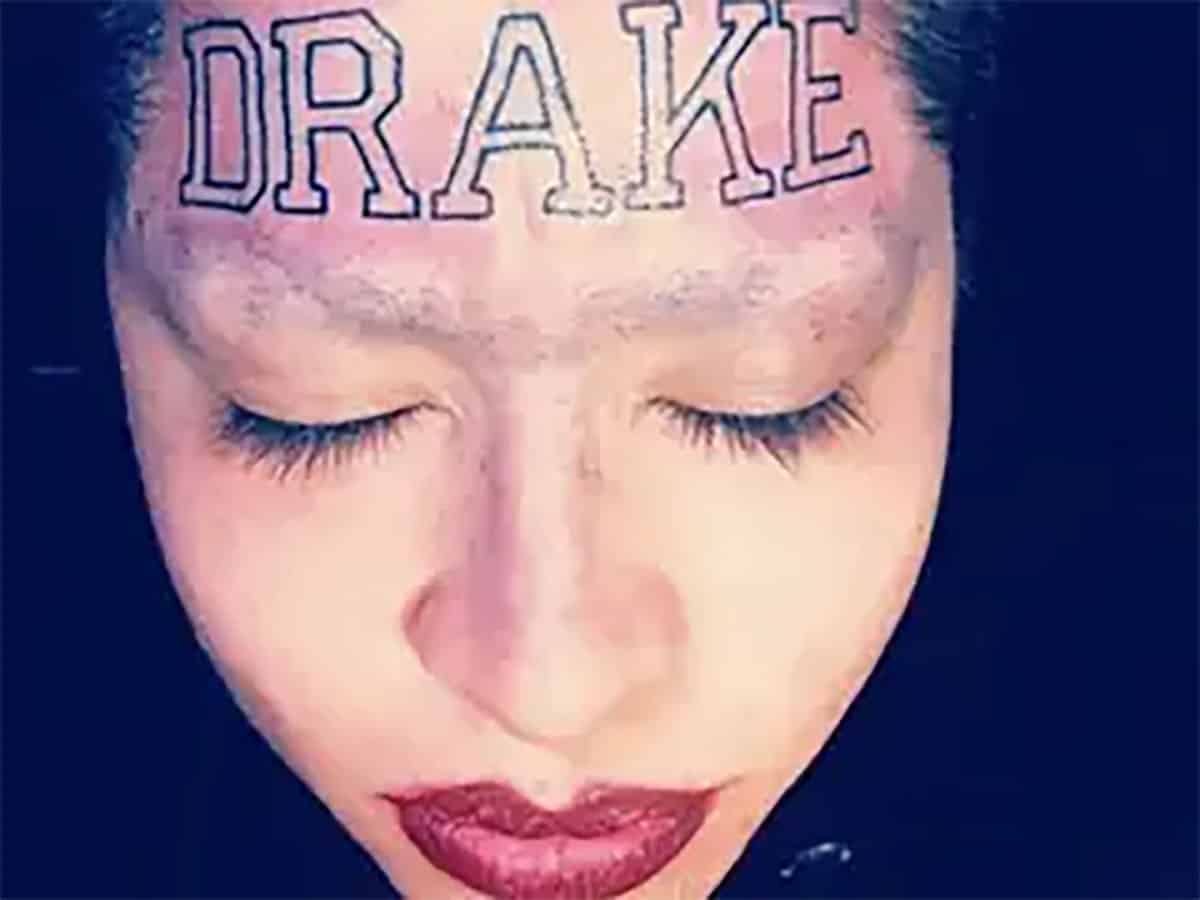 Most casual fans show their appreciation for celebrities’ works and personalities in many different ways.

Some will be happy enough to get a copycat haircut or wear a pair of shoes stamped with the celebrities’ names, but few others were willing to go the unnecessarily extreme length.

An unidentified woman who apparently considers herself the biggest Drake fan ever has gone the extra mile by getting a massive tattoo of his name on her forehead.

She went further by saving off her eyebrows to make the tattoo even more prominent, just in case somebody fails to notice. 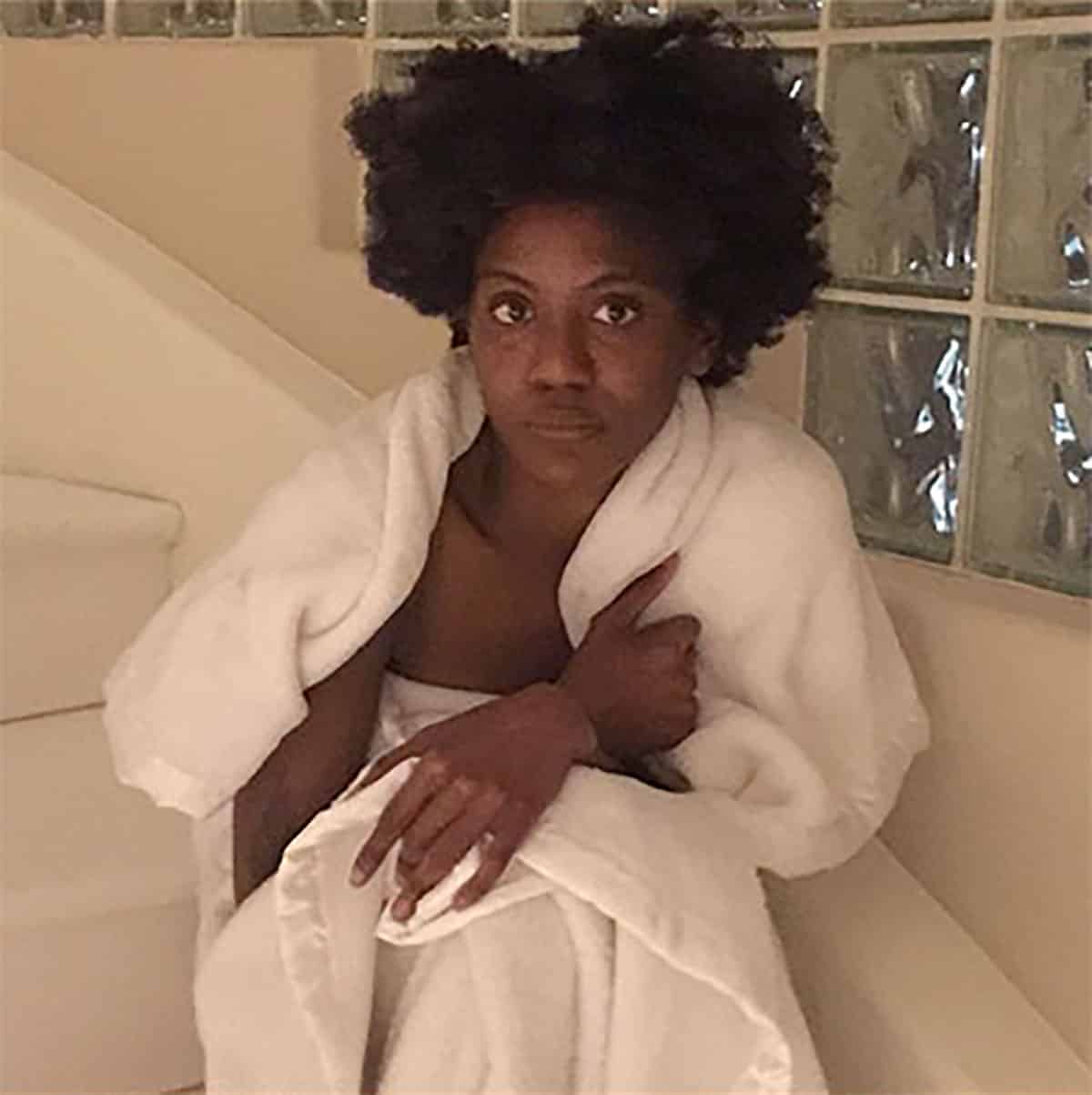 You wouldn’t want to come home just to find that a complete stranger has been staying in your house for several days and spray-painted your cars, let alone sleeping naked on your bed.

In May 2015, Chris Brown was returning to his California home at around nine o’clock in the evening.

To his surprise, he saw an unknown intruder’s clothing in his foyer and the intruder herself on his bed, without any clothing at all. He called the police and she was arrested for vandalism and burglary. 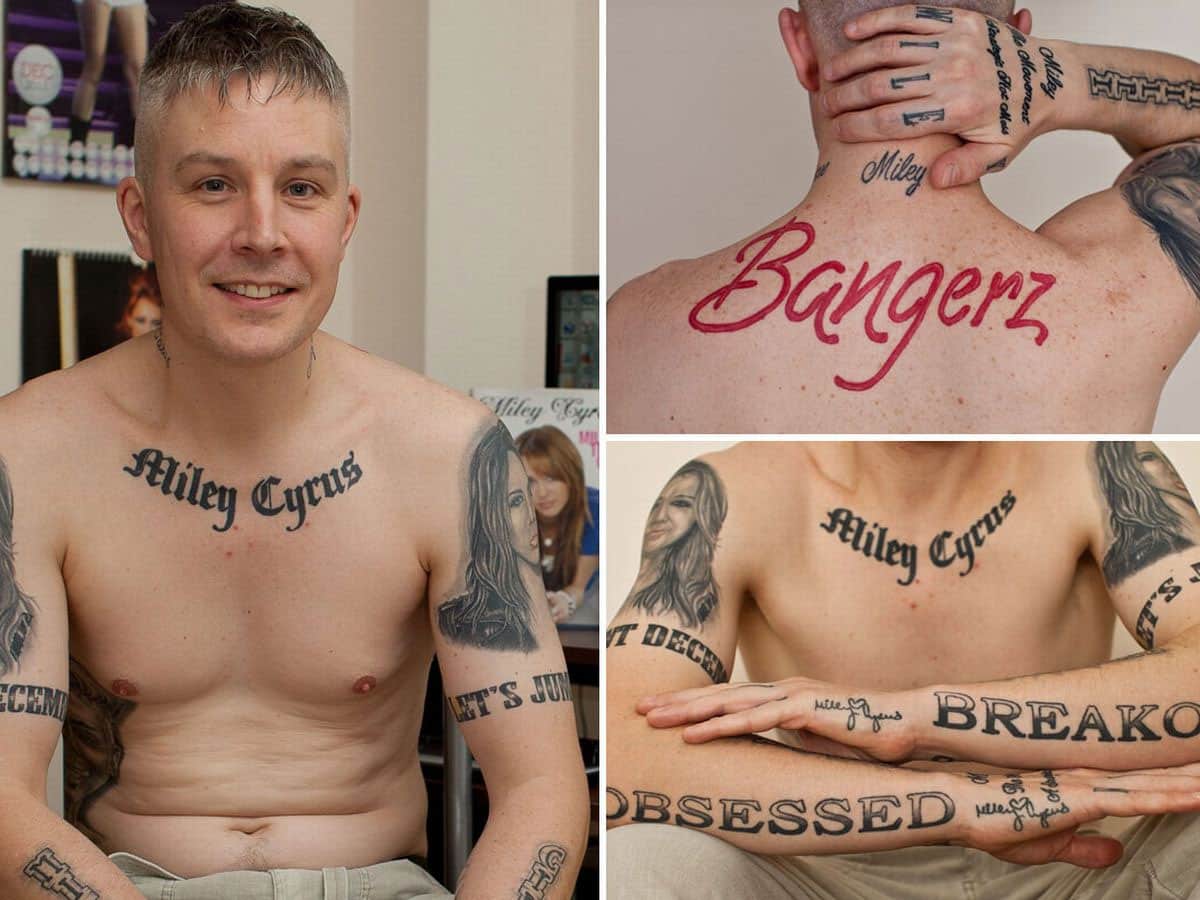 You probably are used to the idea of teenagers dressing and getting a haircut like Miley Cyrus, but then there are always some peculiar fans who overdo just about everything.

In December 2013, the then 40 years old Carl McCoid from East Yorkshire in England made headlines when a picture of him being shirtless and showing a lot of Cyrus-inspired tattoos all over his body surfaced online; a total of 22 tattoos back then but the number increased to 29 over the years. Some are the singer’s names, others are song titles, and so on. 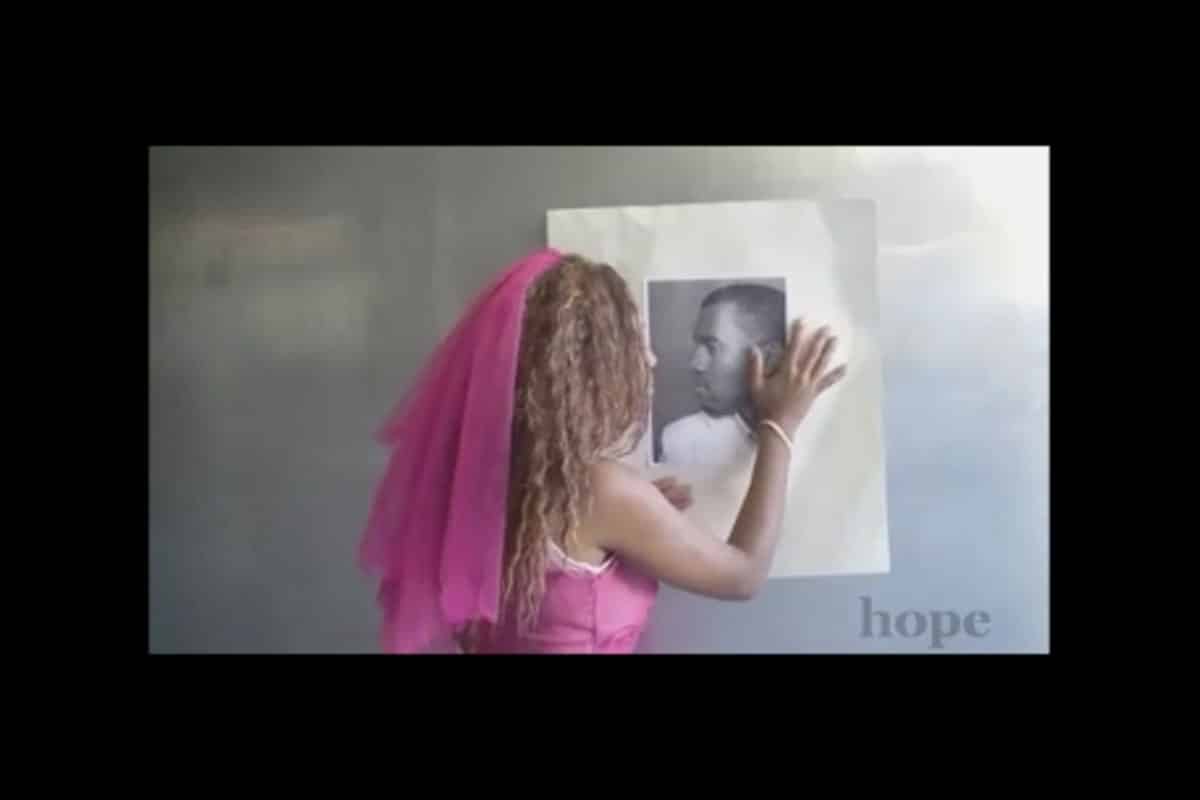 You know some fans are getting overly interested in celebrities when they say they want to marry their idols.

There is one problem: nearly all celebrities do not marry their fans just because they can.

The workaround for fans: they go to courthouse and change their names into something that at the very least can fool people.

Sometime in 2011, a 28 years old woman named Linda Resa decided to take the lawful path in order to legally change her name to “Mrs. Kanye West.”

Her arm, chest, and butt also bears a tattoo of the rapper’s name. 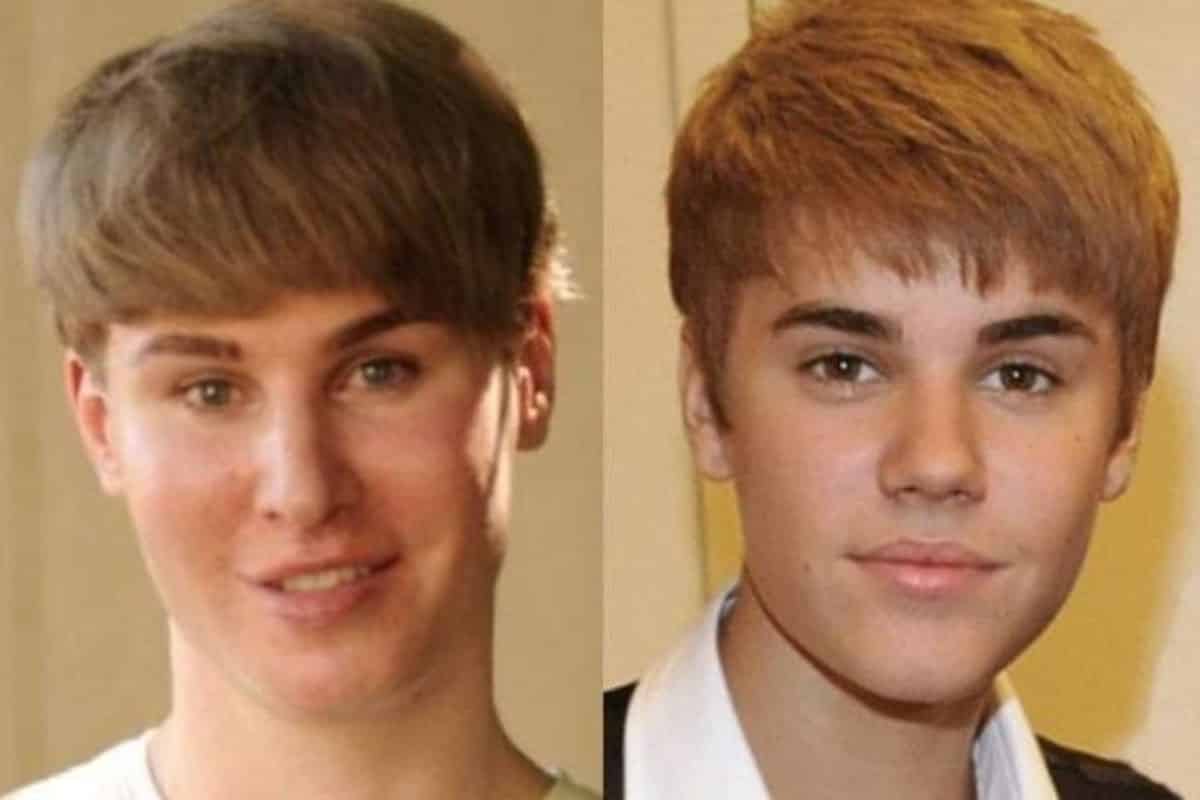 There are many groups of fan filled with teenagers willing to do some crazy things for their idols, and you shouldn’t be all surprised to know that Justin Bieber’s fan club is among those.

Whether or not Tobias Sheldon was a member of such club, he certainly did something worthy of a standing ovation from Bieber’s fans.

Sheldon spent more than $100,000 for plastic surgery to make himself look like Justin Bieber.

He even became a television reality star for that.

Tobias Sheldon was found dead from multiple drug intoxication on August 21, 2015 in a motel room in San Fernando Valley. 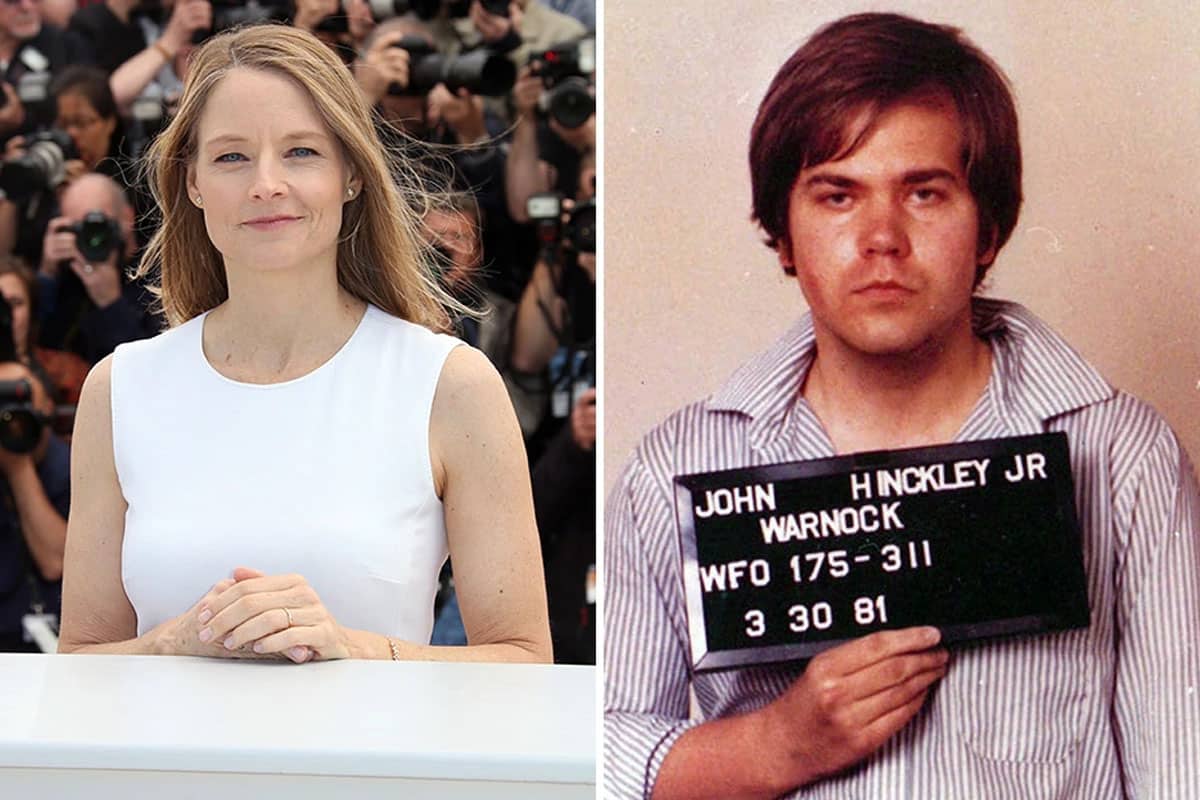 Here is a story of celebrity obsession turned into an entirely the wrong way. After watching Taxi Driver, a man named John Hinckley Jr. became obsessed with Jodie Foster.

As it turned out, the movie formed at least some parts in his delusional fantasy that triggered his attempted assassination for President Ronald Reagan in 1981.

In his own mind, it was an act in an attempt to impress Foster. He was found not guilty by reason of insanity for the attempted murder. 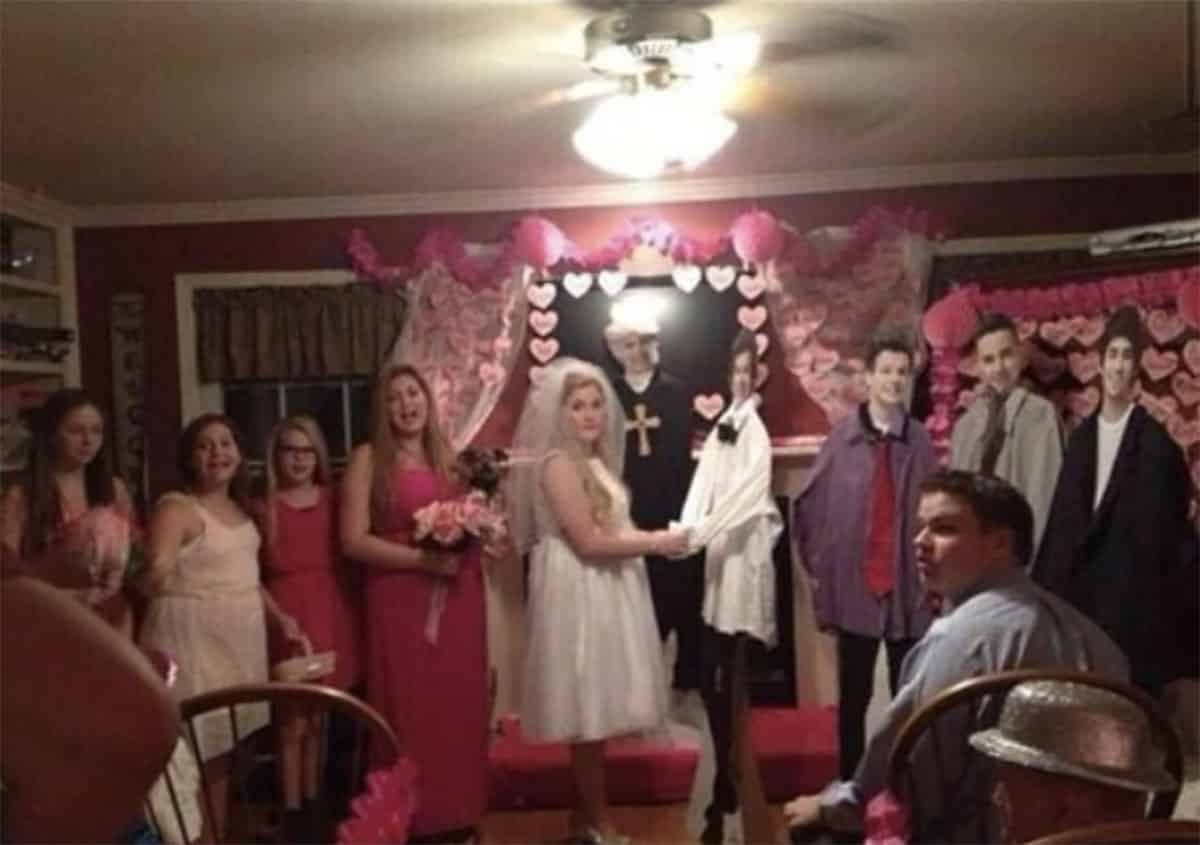 A girl largely known as Allie who is a fan of boy band One Direction had the courage to carry out a massive fantasy in which she could tell people she married Harry Styles, one of band’s member.

She even posted a series of pictures of the proposal and the wedding ceremony.

There was only one problem, the harry Styles in her fantasy was nothing but a cardboard cutout of the singer.

Cardboard cutouts of other band members were also present in the pictures as groomsmen. 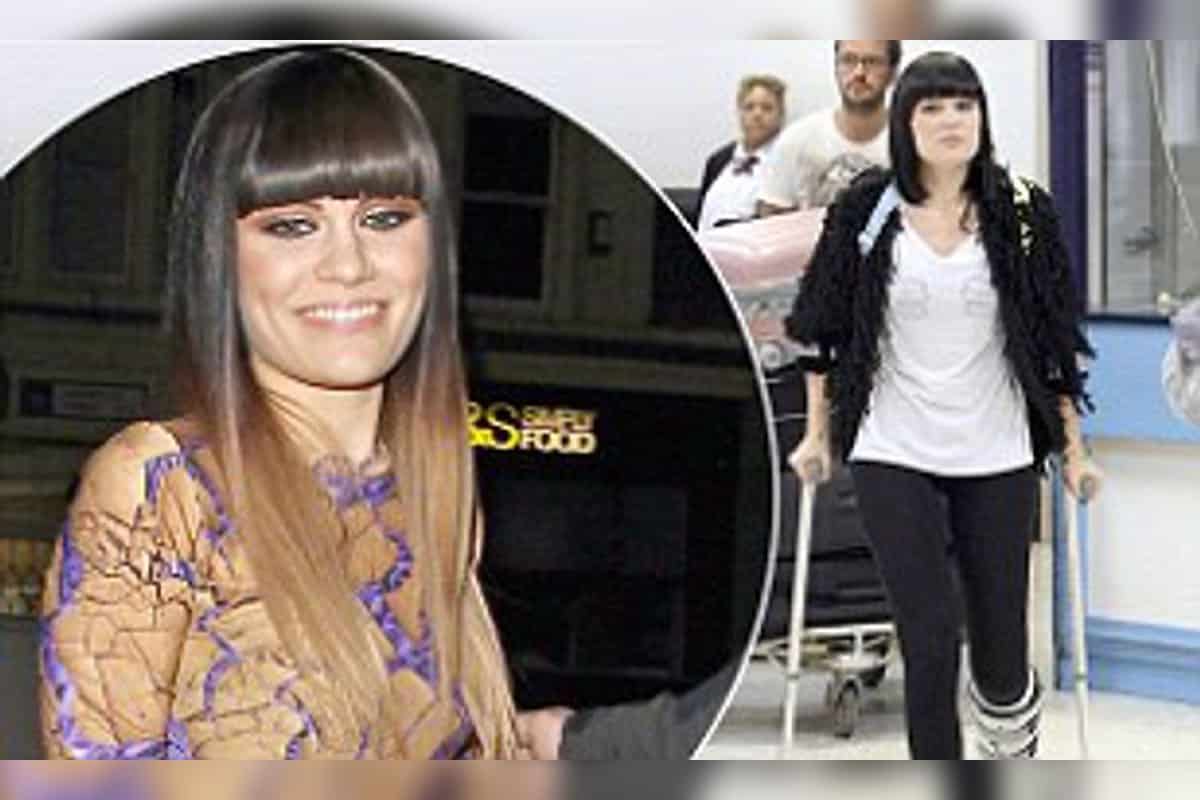 The English singer-songwriter Jessie J. had the honor to perform the opening act for Katy Perry’s California Dreams Tour back in 2011.

Following an accident during rehearsal in which Jessie broke her foot, she had to pull out from the show.

A teenage fan, in the hope of getting Jessie’s attentions and recognition, also broke her own foot just to imitate the artist.

The girl sent a lot of texts to Jessie, explaining that she did what she had done just to be like Jessie. 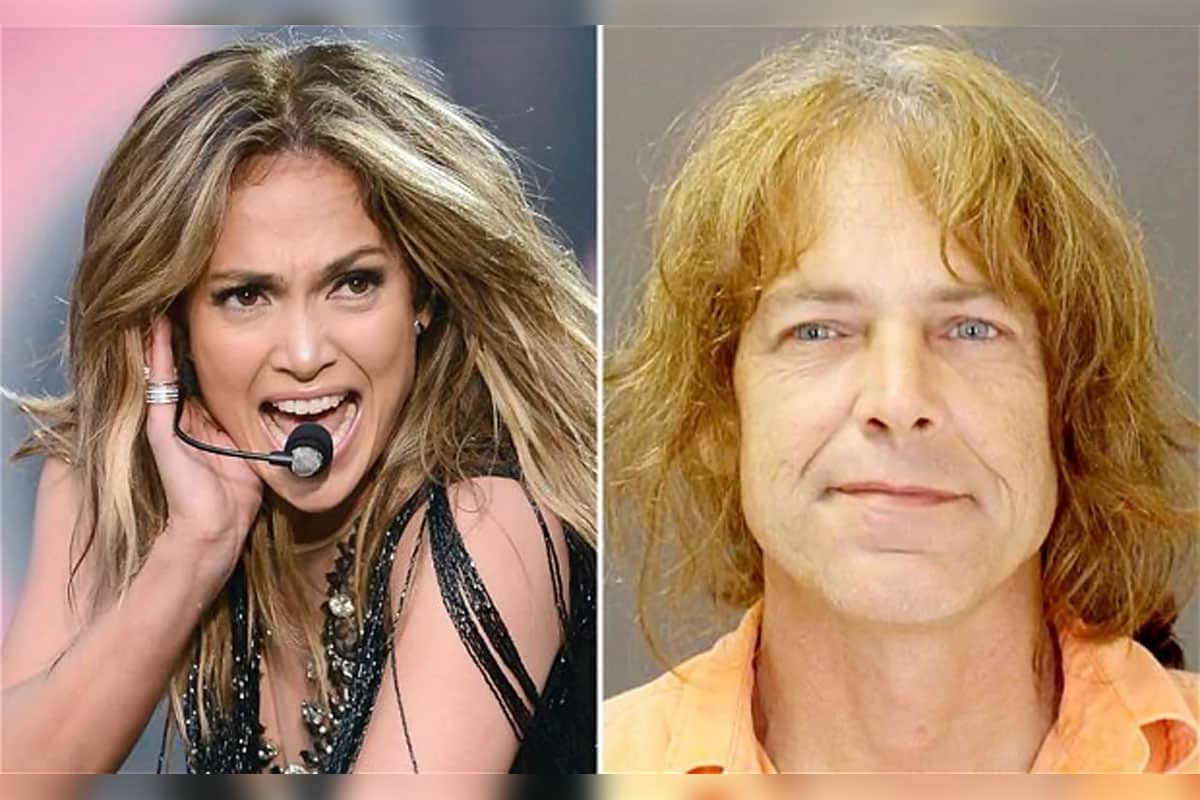 When celebrities are so successful, they attract a great deal of attention including the unwanted ones.

A man named John Dubis, a former fireman, was found staying for a couple of days in Jennifer Lopez’ pool house in Hamptons.

He somehow managed to evade security and found his way into the premises without anyone noticing.

But just like any normal fan, Dubis shared some pictures of his relaxing activities in the property, leading to his arrest. Once he also called Lopez’ mother asking to talk to the singer. 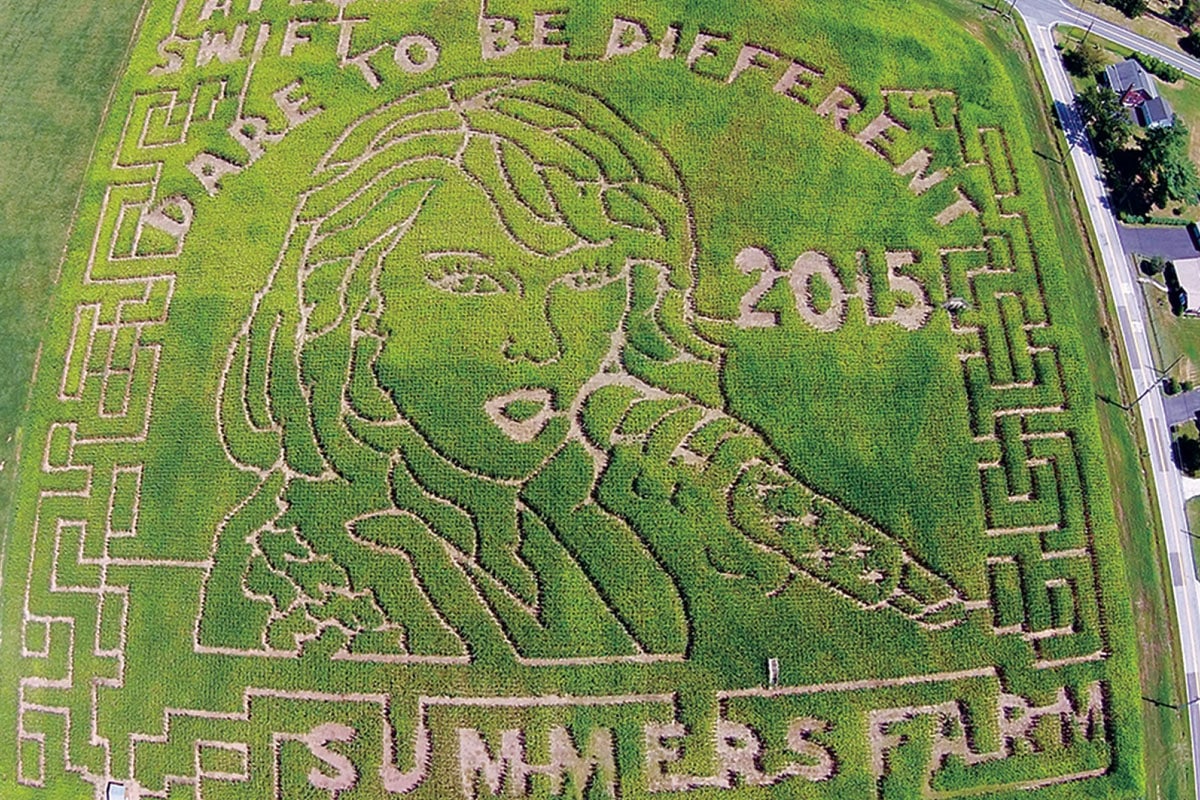 It is certainly unfair to include the story of Jeff and Teresa Greenwood of Summers Farm in this list because what they did was not really a typical behavior exhibited by fans with CWS, but maybe just enough to be considered a form of serious dedication.

They created an elaborate Tailor Swift-themed corn-maze in their 12-acre farm.

It must be one of the most time-consuming and complex works any fan ever did to show appreciation for a celebrity; the kind of work that anybody else actually likes to see.