Many animals around the world are entirely different from the ones you may find in a zoo.

While we may all know the lion, giraffe, otter, and even the red panda, there are even more exotic and strange animals that can be found around the world.

Some of these strange animals have been discovered recently and commonly from the deep ocean on land.

This highlights that there are even more species and unique animals to be found on Earth, waiting for scientists and researchers to discover them one day.

Some of the ten strangest animals can be found in our oceans, land, rivers, and more worldwide.

The dumbo octopus refers to a genus of deep-sea umbrella octopi, whose fins resemble Dumbo the elephant’s ears. Currently, there are 15 known species, but there are suspected to be more.

Like all umbrella octopi, their arms are connected by a web of skin, looking like an umbrella when they spread their arms.

They live in the deepest open ocean, at least 13m100 feet (4000 m) down, making them the most profound living of all known octopi.

They must live devoid of sunlight in icy water. They are scarce, so they have specialized behaviors to increase the likelihood of reproducing when a mate is found. 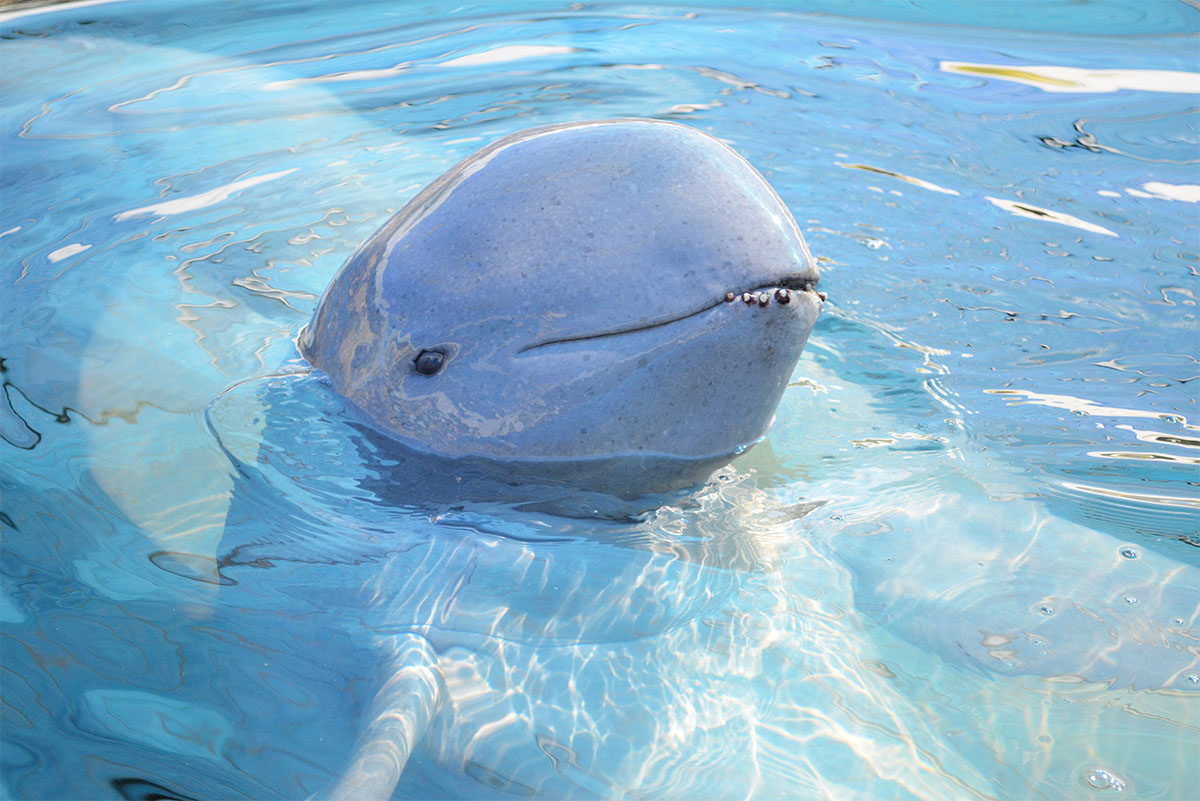 The Irrawaddy dolphin is found along the coast in South and Southeast Asia and three rivers (the Ayeyarwady in Myanmar, the Mahakam in Indonesia, and the Mekong between Cambodia and Lao PDR rare).

Their distinct appearance has a bulging forehead, short beak, and 12-19 teeth on each side of their two jaws.

The Australian peacock spider is a species of the jumping spider family.

They are native to certain parts of Australia and have a wide variety of habitats. Their specialized visual system allows them to have a total visible spectrum, including the UV range.

They use this to detect and pursue prey. Males have colorful abdomen flaps that attract females during courting. 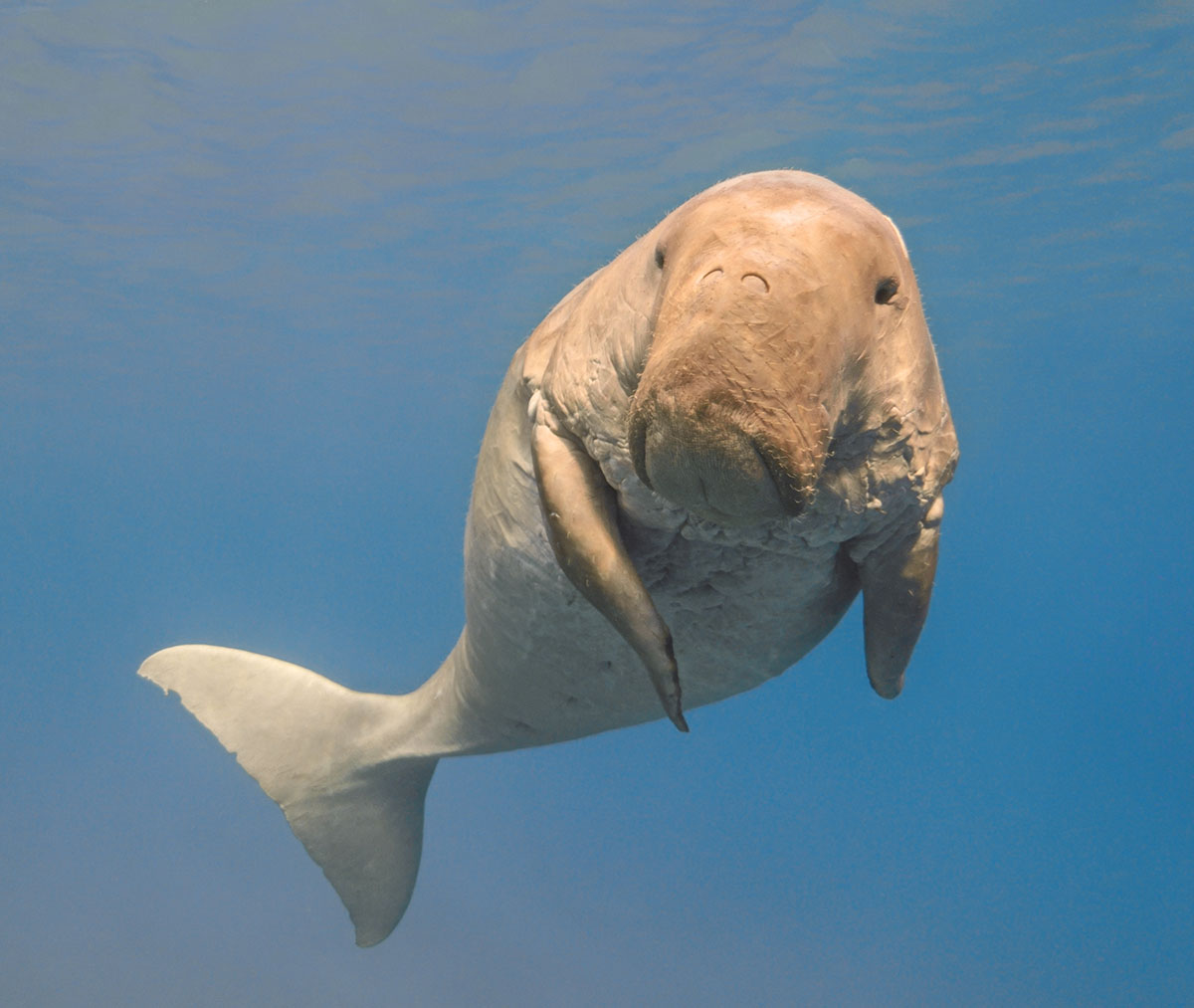 Dugongs are cousins of the manatee and have a similar appearance.

However, while they share the same chubby bodies, they have a dolphin fluke-like tail. They are also strictly marine mammals compared to manatees, which are freshwater animals.

Also known as sea cows, they eat peacefully on the seagrasses along shallow coastal waters in the Indian and western Pacific Oceans.

The star-nosed mole is found in moist, low areas throughout the northern portion of North America. Its nose is roughly 1 cm in diameter, and the organs are distributed on 22 appendages.

It has a touch organ with more than 25,000 tiny sensory receptors called Eimer’s organs. They use them to feel their way around and can also detect seismic wave vibrations.

While other mole species have Eimer’s organs, they are not as specialized or as numerous. As the animal is blind, the snout is also used to detect electrical activity in prey animals, tiny prey.

It is also the fastest eating mammal, taking as short as 120 milliseconds to identify and consume individual food sources.

The Sunda colugo is also known as the Malayan flying lemur and is a species of colugo. While it was thought to be only one of two species of flying lemurs, this was recently disproved.

It can be found throughout Southeast Asia in Indonesia, Thailand, Malaysia, southern Vietnam, southern Burma, and Singapore.

While it is not a lemur and cannot fly, it can glide as it jumps among the trees. It is active at night and feeds on soft plant parts, including leaves, shoots, flowers, and fruits. It is less than two feet long and weighs between 2-3 lbs.

The Yeti crab is a blind deep-sea crab with legs covered in long, pale yellow hairs.

It was first seen in 2005 by marine biologists using a submarine to explore hydrothermal vents along the Pacific-Antarctic ridge, south of Easter Island.

It was named the Yeti crab after the abominable snowman of the Himalayas. The crabs lived at a depth of 7,200 feet near recent lava flows and areas where warm water came out of the seafloor.

It was found to be a new species, a new family (Kiwaidae), and a distant relative to hermit crabs.

The Superb Bird of Paradise was recently recognized as a new species due to its unique dance moves.

Its dance was shown on the Planet Earth series with its pitch-black oval with blue feathers showing a smile and pair of eyes hopping around a female.

Its unique courtship dance featured a slide from side to side, head instead of jumping, and its feathers spread out to a crescent instead of an oval, showing that this was a new species.

The Japanese spider crab lives in the waters around Japan and has the largest leg span of any arthropod.

They are considered a delicacy in Japan, but conservation efforts have been put into place to protect them from the dangers of overfishing.

Also known as the blue dragon, the Glaucus atlanticus is a species of blue sea slug. It is found in the ocean’s warm waters, and it floats on the surface due to a gas-filled sack in its stomach.

It is less than 3 cm long and lives throughout the entire water column.

It glides on its backside and shows its bright underbelly to airborne predators. The blue color acts as camouflage against the ocean waves, while the grey bottom blends below the bright sea surface.