Over 600,000 people, including children and adults, go missing every year in the United States alone.

Indeed, many of them are quickly found alive and well, but still, the whereabouts of tens of thousands are unknown until more than a year, and their disappearances are put into the “cold cases” box.

It is always terrible when a person goes missing, but searching for them becomes more complicated when an individual disappears far away from home in an unfamiliar place, for example, during a trip.

Most people who embark on a travel to any site always plan to return. However, there have been many cases of lost travelers that, until today, remain unsolved; in fact, some are declared officially dead because they have been missing for far too long.

At the time of their disappearances, the circumstances were often bizarre and confusing to the point where the authorities could not find meaningful clues and reliable witnesses to help with the investigations, just like what happened to the following cases.

On May 3, 2007, Madeleine McCann was on vacation with her parents and twin siblings in Praia da Luz, a holiday resort in Portugal.

In the evening, her parents were having dinner at a nearby restaurant, and they took a turn to check on their children. When Mrs. McCann went back to the apartment, she discovered Madeleine was nowhere to be found.

A witness named Jane Tanner claimed to have seen a man carrying a child from the resort about 45 minutes before Madeleine was reported missing. Madeleine McCann’s whereabouts remain unknown.

While spending time on a vacation in Bulgaria with some friends on July 6, 2014, Lars Mittank was involved in a bar fight and injured.

He was treated for a ruptured eardrum, and the doctor advised him not to take a flight due to his injury.

Mittank was last seen at Varna Airport two days later. When he was having a conversation with an airport doctor, a construction crew interrupted them.

Mittank fled the airport by climbing a fence and running into a meadow. Lars Mittank has not been seen since.

There is an area in southwestern Vermont popularly known as the Bennington Triangle, within which several people mysteriously disappeared between 1945 and 1950.

One of the missing persons in the room was Paula Jean Welden, a sophomore at Bennington College in North Bennington, Vermont.

On December 1, 1946, she took a walk on a portion of the Long Trail, located few miles from the campus.

She was last seen walking in a northerly direction on an area now known as Harbour Road. Welden never returned.

In 1989, Charles Horvath traveled to Canada to visit his biological father and godfather in Ontario.

He sent a fax to his mother back in England from Roche Stationers, Kelowna, about meeting with her and stepfather to celebrate his 21st birthday. That was the last time anyone has heard of Charles Horvath.

All his personal belongings were left behind. Foul play was also suspected, but all clues only led to nowhere. By 2010, the Royal Canadian Mounted Police (RCMP) listed Charles Horvath as deceased. The case is, until today, still an open investigation.

An Indiana University student named Lauren Spierer went missing on June 3, 2011. She was last seen early in the morning, around 4:30 on that day, walking alone outside an off-campus apartment.

Authorities said Spierer disappeared after attending a party at a bar in Bloomington.

Her disappearance sparked a nationwide search, but until today, investigators can still locate her whereabouts, and many clues have led only to dead ends. She is presumed dead.

On June 1, 1948, Mary Virginia Carpenter was on her way to Texas State College for Women (now known as Texas Women’s University) in Denton.

She took a train first, then continued by taxi to the Brackenridge Hall. The driver saw Miss Carpenter getting out of the cab then walking over to a convertible parked outside a dorm.

Carpenter talked to two male occupants as if she knew them well. She would never be seen again. Neither of the two men was identified. Seven years after she had gone missing, Carpenter was officially declared dead.

Five friends set sail from Maui’s coast on February 11, 1979, for a fishing day on a small Boston Whaler called “Sarah Joe” and never returned. A few days later, a massive search took place to no avail.

A decade later, on September 10, 1988, biologist John Naughton found an abandoned wreck on a Marshal Islands coast; it was Sarah Joe.

Approximately a hundred yards from where the boat was, Naughton came across a grave and human bones, which after forensics testing, were determined to be the remains of one of the missing crews, Scott Moorman.

She was scheduled to fly home on May 30, 2005, but she failed to appear. Even after massive search parties had been deployed, followed by multiple suspects’ arrests, her whereabouts remain unknown. On January 12, 2012, Natalee Holloway was officially declared dead.

On July 18, 2007, Barbara Bolick and Jim Ramaker went for a hike in Montana’s Bitterroot Mountains. On the walk, they made a stop at Bear Creek Overlook to have some rest and snack.

Ramaker looked at the scenic view from the overlook, but when he turned around about a minute later, Bolick had gone. She was 55 years old at that time. Her whereabouts remain unknown. 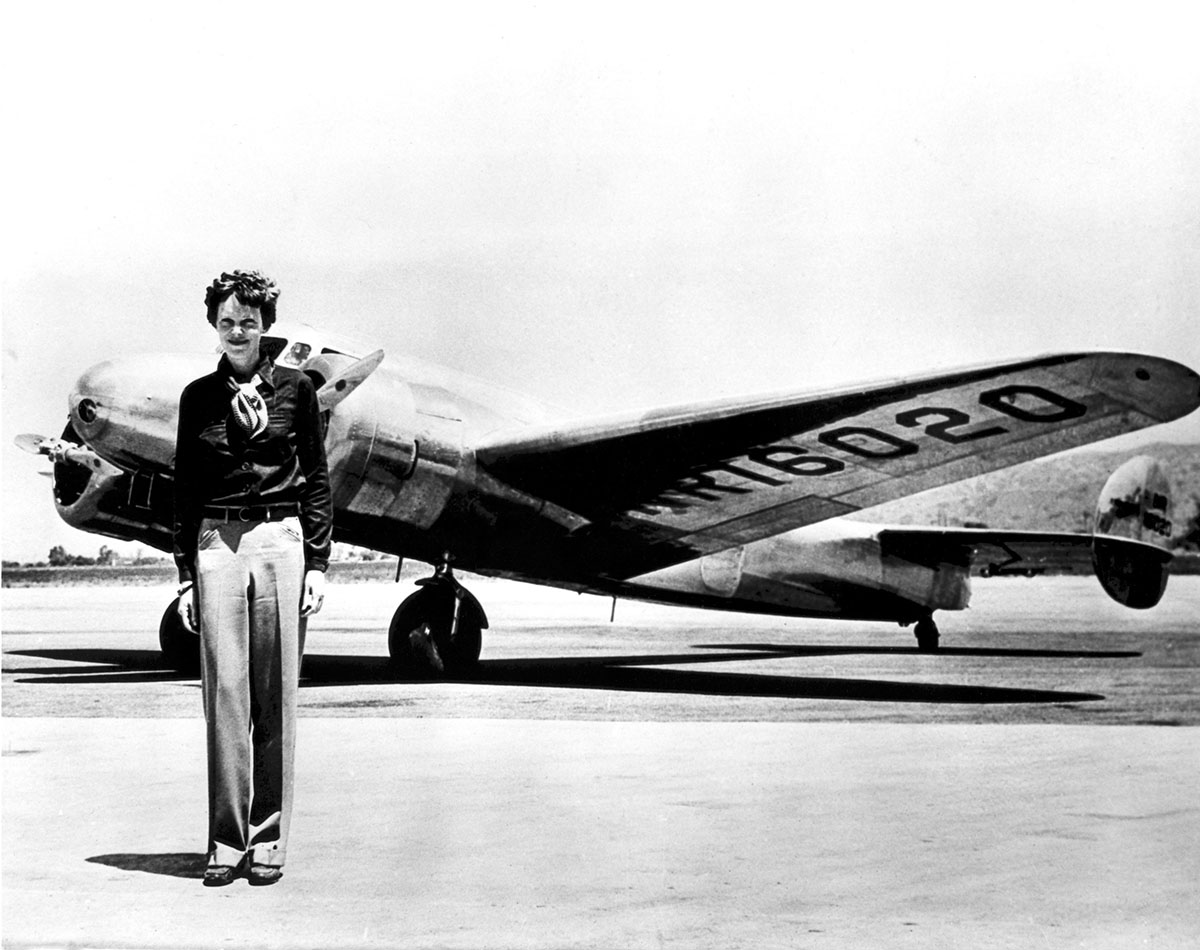 Probably the highest-profile case of the missing person is the disappearance of Amelia Earhart. She vanished during a flight from Lae, New Guinea, to Howland Island in the Pacific Ocean.

She flew with navigator Fred Noonan on what was supposed to be the first around-the-world flight.

They disappeared over the Pacific Ocean on July 2, 1937. Earhart was declared legally dead on January 5, 1939.

Even until now, eight decades later, the mysterious disappearance still gathers much interest from investigators and the public at large.