When the movie “The Exorcist” came out in December 1973, it became an instant hit in the United States. Distributed by Warner Bros, it became the company’s highest-grossing film of all time as of 1975.

Adjusted for inflation, the worldwide gross income still makes it to the top 15 today.

The Exorcist has all the right ingredients for a successful horror movie: the relatable American neighborhood as background and nail-biting plot of demonic possession.

Whether or not you realize it, the film is based on actual events – or rather a diary written by a priest involved in an actual exorcism rite that made national headlines in the late 1940s.

Unlike in the movie, the person allegedly possessed by demonic creatures was a 13-year-old boy known as Roland Doe, a pseudonym to hide his true identity.

Many publications and reports say the boy was from Mount Rainier, Maryland. Since Roland never talked about the story himself, there can be some conflicting accounts.

The diary, not the movie, remains the single most reliable source of what happened to him before, during, and after the rites.

At large, the media and public learned about the alleged demonic possession when the Washington Post ran an article on August 10, 1949, about a haunted boy in a suburban Maryland home.

According to an unnamed minister, the Roland family began seeing strange events on January 18, for example, objects jumping to the floor at the boy’s presence, bed shaking violently, scratching noises from the walls, and so on.

The curious minister then arranged for the boy to spend a night in his home on February 17. During the stay, he also claimed to have encountered unexplainable occurrences.


The Washington Post published another story about Roland Doe on August 20, but this time with some detailed explanations.

The demonic creature that had possessed the boy was finally cast out after 20 – 30 ancient rites of exorcism.

The first rite was conducted in St. Louis, then Washington, and back to St. Louis. Roland would often break into screaming, cursing, and citing Latin phrases during many of the rites.

When the last performance was given, however, Roland became quiet and reported at the end that he had a vision of St. Michael casting the devil out. 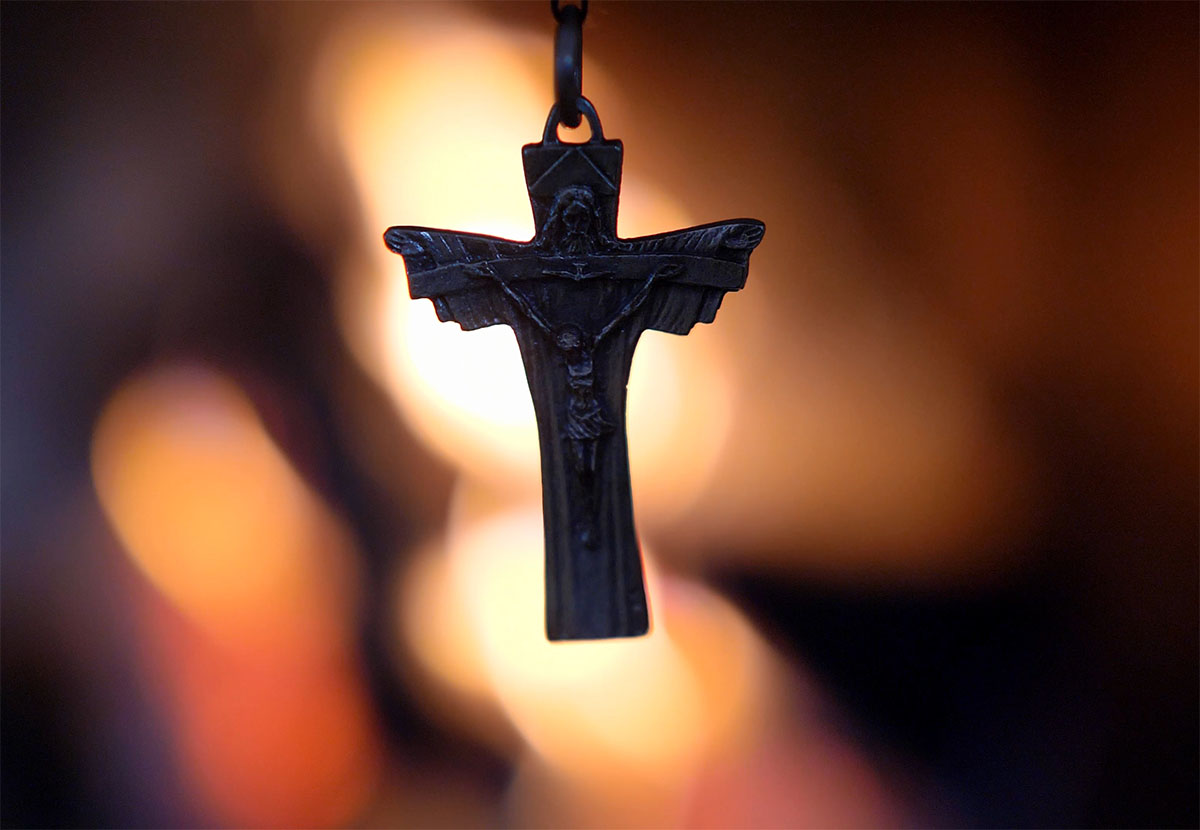 An article titled “The Truth Behind The Exorcist” by Steve Erdmann appeared in the January 1975 edition of Fate magazine, containing the background story of Roland Doe.

Much of the details in the article had been based on the diary obtained by a faculty member of Georgetown University, Father Eugene B. Gallagher, from a psychiatrist at St. Elizabeth Hospital, and the accounts of Father O’Hara of Marquette University, an eyewitness and participant in the exorcism of Roland Doe.

Roland Doe lived with his parents and grandmother. On January 15, 1949, he and his grandmother heard a dripping noise from the latter’s bedroom.

At around the same time, there were also scratching noises from under the floorboard and a picture of Christ shaking on the wall without any apparent cause.

Following three days of calmness, the boy again heard squeaking shoes on his bed for six nights in a row. However, the diary makes no mention of which family member witnessed the events. 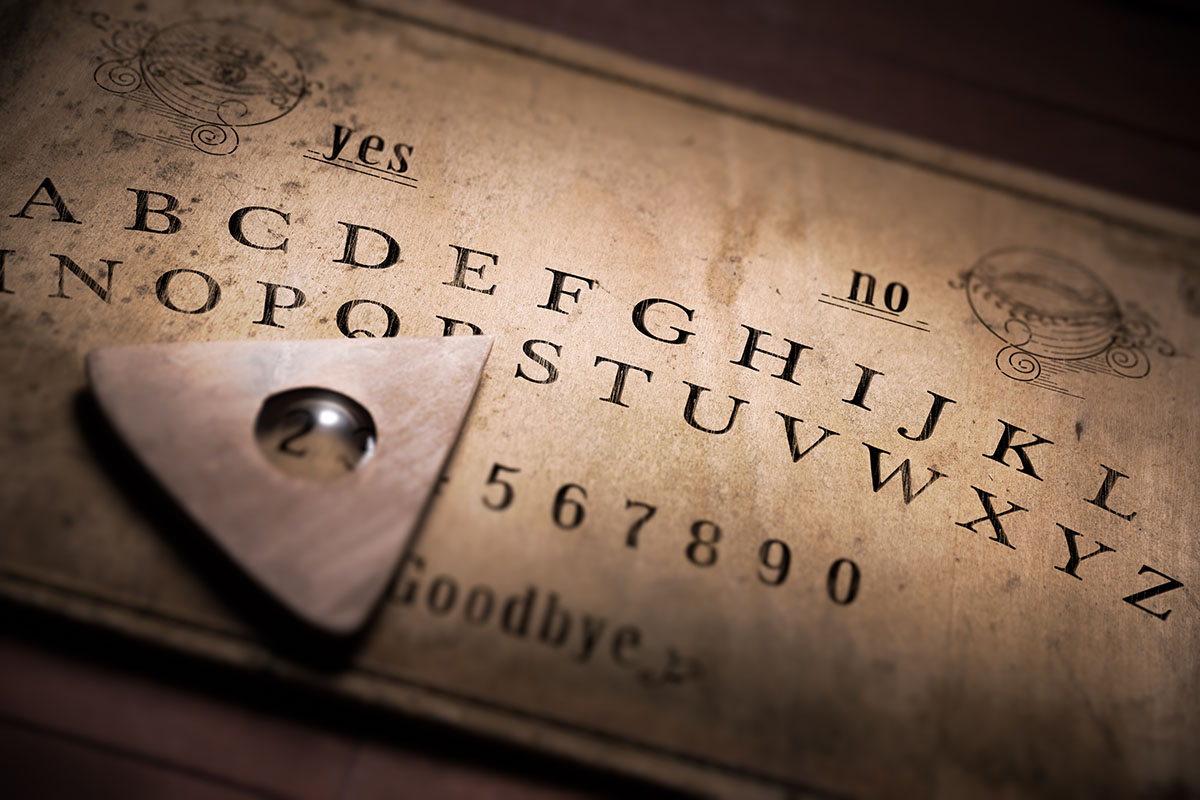 Roland’s mother suspected there was a correlation between the death of his Aunt Tillie on January 26 and the strange occurrences in the family home.

Aunt Tillie was the one who introduced an Ouija Board game to Roland earlier in the month, and since then, unexplainable events such as the scratching noises and objects falling started to happen.

At one point during a seemingly ghost apparition, Mrs. Doe asked the invisible being to knock four times if it was the spirit of Tillie, after which it did just that, followed by claw-scratching on Roland’s mattress. 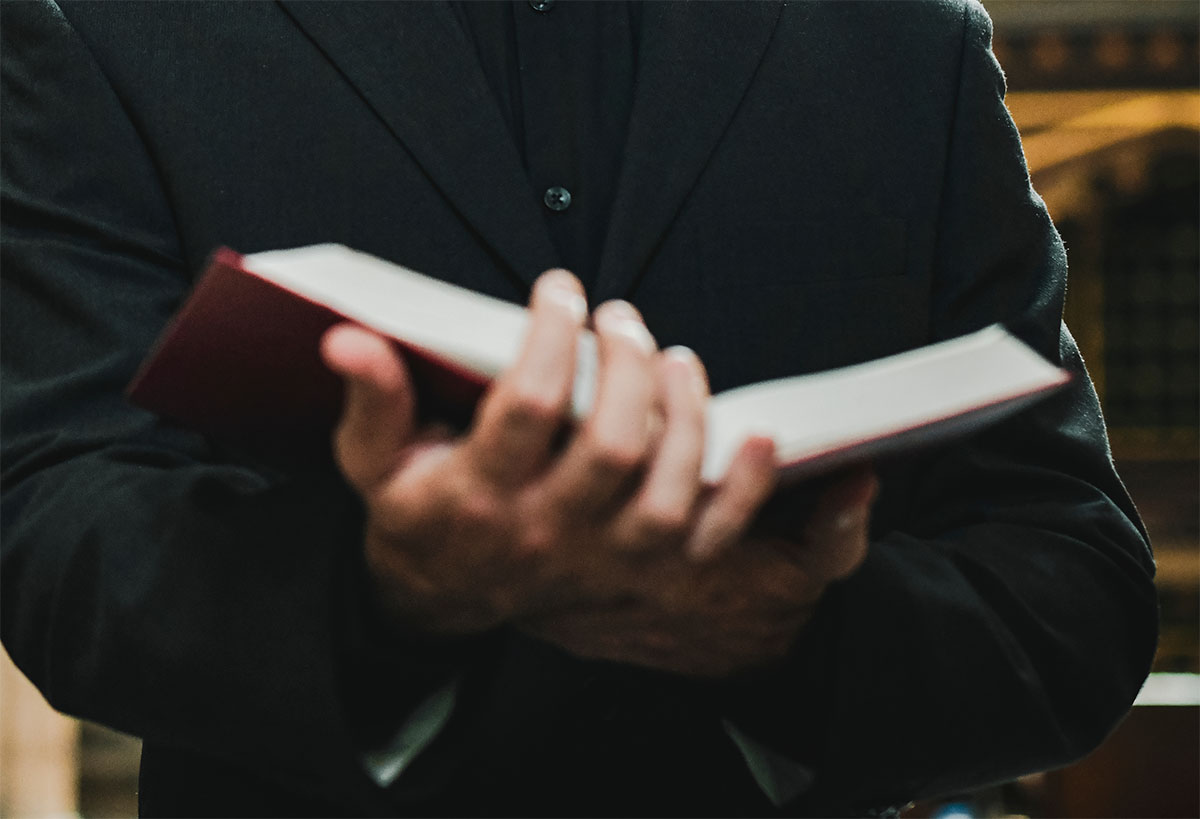 Reverend Shultz, a local Lutheran minister, arranged to have Roland Doe spend a night at his parsonage on February 17. Roland arrived at around 9:20 p.m. and left the following day.

The reverend reportedly witnessed a chair where Roland sat tipping over and heard scratching noises during the stay.

Before the night ended, he also claimed to have seen bed vibrations and a pallet of blankets on which Roland sat moving on its own.

This event corroborated the story published in The Washington Post on August 10, although the publication didn’t name any specific account source.

Nine days later, on February 26 and four consecutive nights, scratches and markings appeared on Roland’s body. After the fourth night, some words appeared and seemed to have been scratched on the boy’s skin by claws.

Mrs. Doe was present when this event took place, although it remains unclear what the exact words or shapes of the marking were.

He suggested the family use holy water and blessed candles in addition to special prayers; none worked as expected.

Soon after family members left the two alone with Roland on March 11, everyone heard a loud noise coming from his room.

When they entered the room, they found a tipped-over bench and a bookcase moving about.

A crucifix placed by the Fathers under the boy’s pillow was now on the edge of the bed. The madness only stopped when some relatives yelled, asking “Aunt Tillie” to stop. 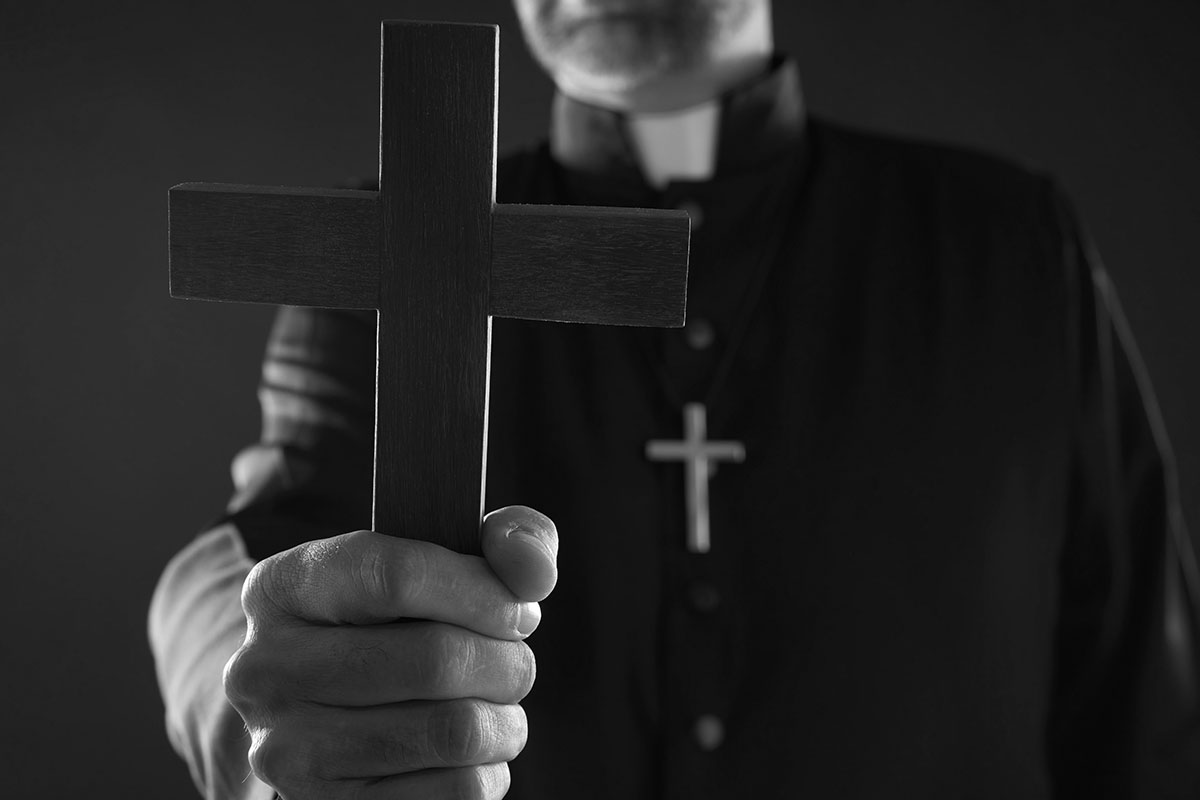 Since this is an ongoing process, Roland Doe was moved back and forth between his aunt’s home in Normandy, Missouri, a nearby rectory, and Alexian Brothers Hospital in St. Louis.

As the proceeding continued, markings appeared on Roland’s body, accompanied by outbursts of vomiting, urinating, cursing, and citing of Latin phrases. At one point, a portrait of the devil also appeared on the boy’s calf. 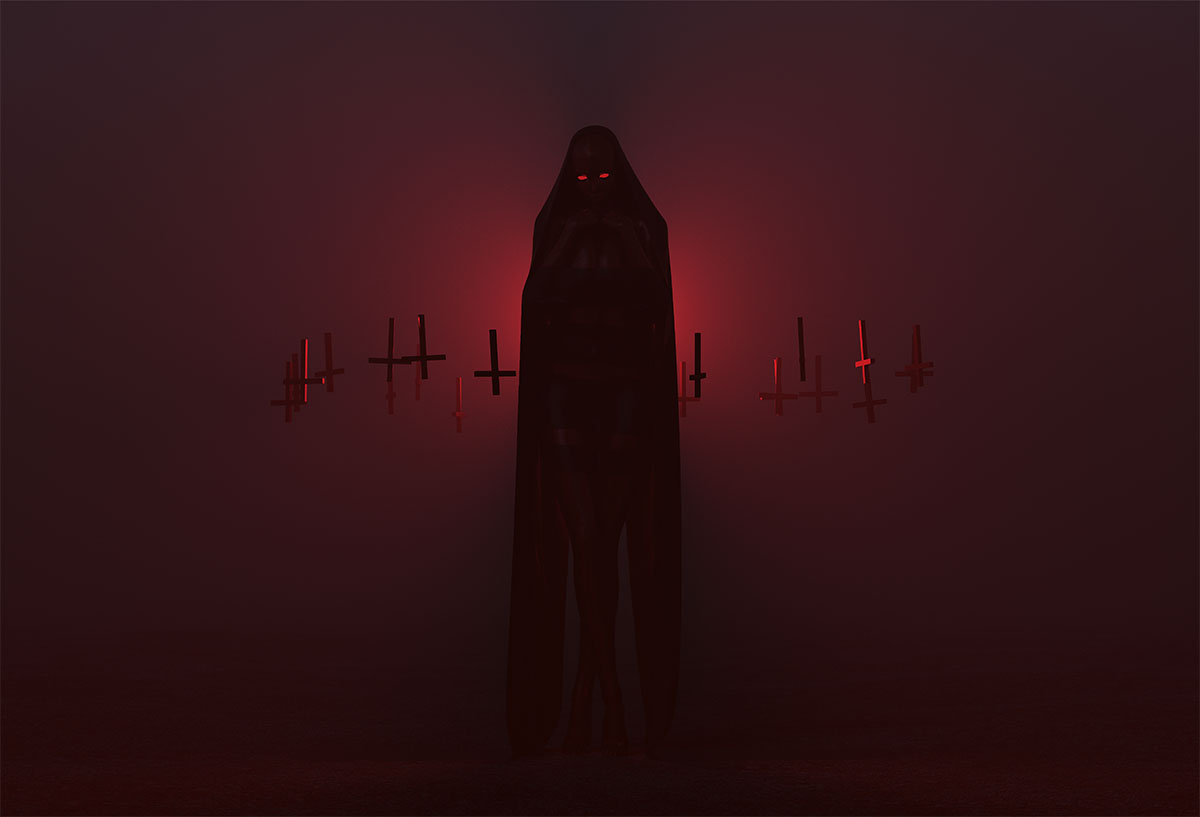 The final rite of exorcism on Roland Doe took place on April 18 by Father Bowdern, assisted by Farther Raymond Bishop in St. Louis.

As Bowdern kept on reciting and demanding to know who the demon was, the boy screamed that he was a fallen angel.

Then out of nowhere, Roland said that he was St. Michael, commanding Satan and other evil spirits to leave his body. The boy then pronounced, “He is gone.”

About twelve days later, Roland left St. Louis and returned to Maryland. The demonic possession was over.