by Factionary 3 weeks ago4 days ago
04.2Kviews

World War II had two primary theaters: the European Theater and the Pacific Theater. The former saw heavy fighting all across the continent, starting with the German conquest of Poland in September 1939.

The West’s war ended with Germany’s unconditional surrender to the Western Allies and the Soviet Union on May 8, 1945.

On the other side of the world, the Pacific Theater was defined mainly by the Empire of Japan’s territories, which covered a large portion of the Pacific Ocean, East Asia, and Southeast Asia.

It saw heavy fighting as far north as the Aleutian Islands in North America and as far south as northern Australia.

Japanese expansion of its territory began much earlier with Manchuria’s invasion, a historical region in China, in 1931.

Imperial Japanese Army (IJA) continued their aggressions largely unchecked with no significant oppositions from other countries.

Approaching the end of 1941, the United States enforced economic sanctions on Japan by cutting off oil exports with the empire.

Japan sent diplomats to Washington to find a workaround to avoid direct conflict between the two countries.

At the same time, Japan secretly deployed warships, including six aircraft carriers for Pearl Harbor, Hawaii, and launched an attack on the U.S. Pacific Fleet on December 7, 1941.

When World War II broke out in Europe in September 1939, Japan still had not brought the conflict in China to an end despite a series of victorious battles.

Meanwhile, in Europe, the German military force proved to be overwhelmingly powerful for Netherlands and France to cope with.

Control over those regions could make Japan self-sufficient and dominant power in the Pacific.

In contrast to the United States and the Soviet Union, Germany and Italy’s nations recognized Japan as the leading power in the Far East. Germany, Italy, and Japan concluded the recognition with the “Tripartite,” otherwise known as Axis.

Tripartite, signed on September 27, 1940, essentially pledged the signatories to help each other in the event of an attack to any of them by a power not already engaged in a war.

At this point, the United States was not directly engaged in World War II yet. Then things took a sharp turn following the attack on Pearl Harbor by the Japanese. 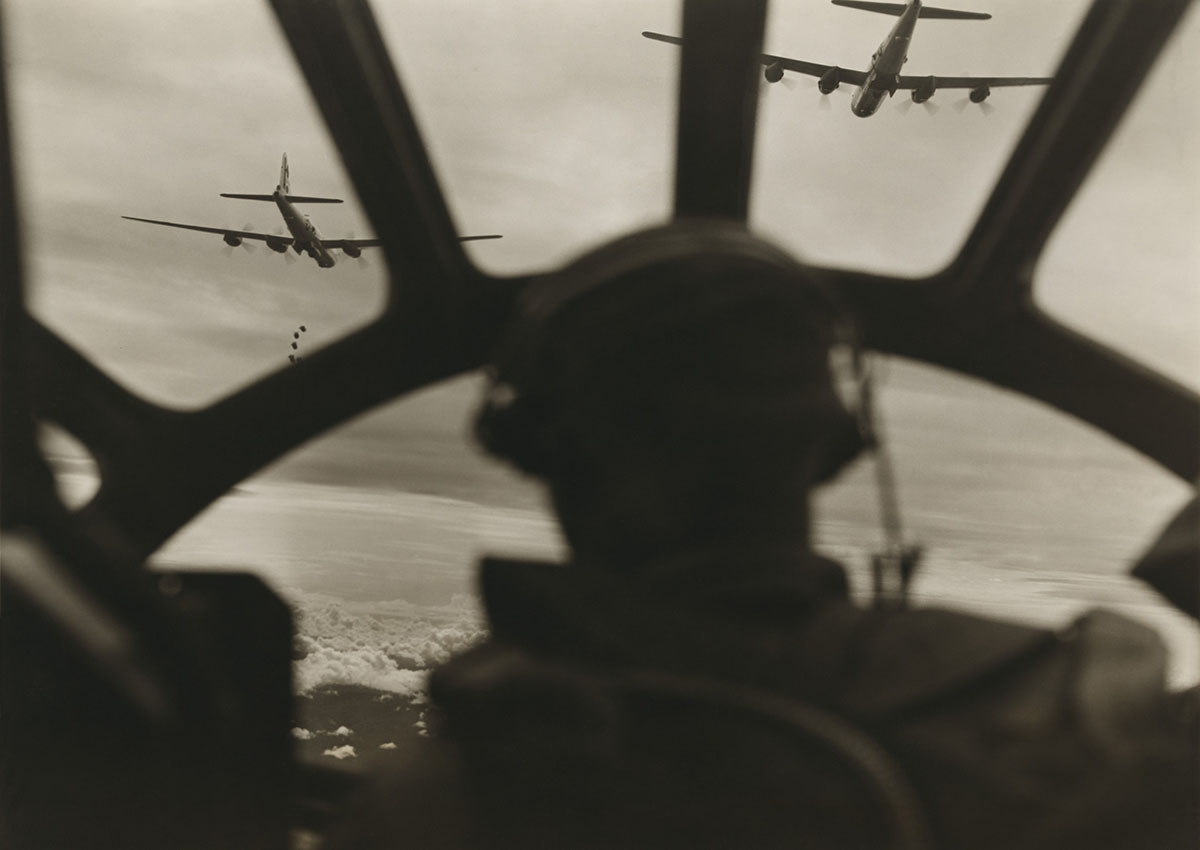 By the end of 1941, Japanese troops had invaded Malaya, Thailand, Burma, islands of Indonesia, and major cities in China, including Shanghai and Hong Kong.

The day after the Pearl Harbor event, the Empire of Japan began invading the Philippines.

In April 1942, Japan planned to assert control of the Coral Sea by establishing air bases at Tulagi in the southern Solomons and Port Moresby in southeastern New Guinea.

Despite resulting in no significant effect, the attack on June 3, 1942, began the Battle of Midway.

At midmorning the next day, a U.S. aircraft sank three Japanese heavy carriers and a heavy cruiser. Attack continued throughout the day, and by late afternoon, U.S. planes dropped the fourth heavy carrier.

The U.S. ended up victorious after the battle but not without some losses; carrier Yorktown and a destroyer sustained severe damage.

The Battle of Midway was a significant turning point of the war in the Pacific.

Without first-line carrier strength, Japan had to abandon the plan to invade Samoa, Fiji, and New Caledonia. There was now at least some semblance of naval parity in the Pacific.

In the far north, the Japanese win some victories. Their invasion of the Aleutians during June 3 – 4 caused heavy damage to the Dutch Harbor. Attu and Kiska also fell to Japanese control on June 7 without any significant defensive opposition.

One month later, on July 6, 1942, Guadalcanal in the southern Solomon Islands saw Japanese troops’ landing, who then began constructing an airbase.

The Allies quickly responded to the action by hastening preparation to strike before the Japanese built their defenses. Part of the preparation was also to secure a base for later advances.

On August 7, the U.S. 1st Marine Division successfully made an amphibious landing against the negligible defense.

The landing would begin the six-month Battle of Guadalcanal, the first major Allied offensive operation during the Pacific war.

The Allies won a victory in the Guadalcanal, subsequently making the Japanese force take a defensive stance.

From this moment on, the Japanese future in the war started to look increasingly gloomy. In the far north, the U.S. 7th infantry division retook the Aleutians from Japan in May 1943.

General Douglas MacArthur, Supreme Commander of the Southwest Pacific Area, was determined to advance to the Philippines – from which he had been driven after Pearl Harbor.

He planned to launch an attack on mainland Japan from there.

Located roughly halfway between mainland Japan and American Army Air Force bases in the Mariana Islands, Iwo Jima was a significant stage that saw some of the bloodiest and fiercest battles throughout the war in the Pacific.

The United States Marine Corps and Navy landed on Iwo Jima on February 19, 1945. The landing was preceded by three days bombardment of the island.

The landing on Okinawa was the largest amphibious assault throughout the war in the Pacific.

Victory in Okinawa provided secure areas for troop staging, fleet anchorage, and airfields for the further invasion of mainland Japan.

The Allies dropped an atomic bomb over Hiroshima on the morning of August 6, 1945.

The bomb exploded at 8:15 a.m. and incinerated an area as wide as 4.4 square miles. Some 70,000 people were killed in the blast. Subsequent radiation poisoning killed tens of thousands more.

Emperor Hirohito announced Japan’s surrender in his first-ever radio broadcast at noon on August 15, 1945, or about four months after Germany’s unconditional surrender to the Allies and the Soviet Union.