by Factionary 5 months ago1 month ago
010.9Kviews

A broad analysis of dog breeds by the CDC in the mid-1990s revealed that Pit Bull was involved in 60 incidents of attack between 1979 and 1996.

Rottweiler was the second most aggressive with 29, while German shepherd came third with 19 incidents.

A more recent study by DogsBite suggested that during the 15 years between 2005 and 2019, canines killed 521 Americans. Pit Bulls and Rottweilers contributed to 76% of those deaths, 346 and 51 attacks, respectively.

Studies of fatal interactions between canines and humans have been mostly (if not all) controversial, given the myriad of possible circumstances in the incidents.

Similar to a lot of other animals, dogs can be aggressive when threatened or provoked. Unlike most animals, dogs also tend to protect their handlers from harm or potentially dangerous attention, hence aggression.

The following breeds are often considered aggressive or dangerous, but it does not mean they can’t be trained to be friendly and loving pets. 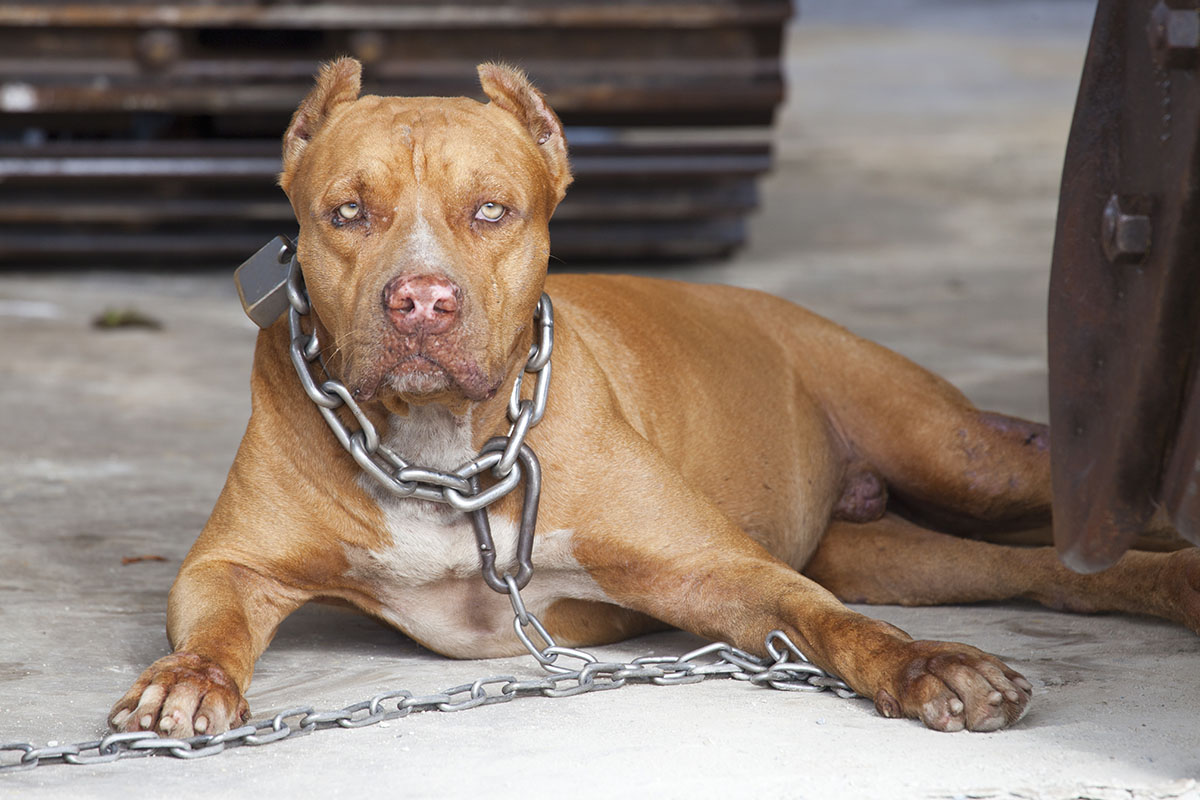 Because they were originally bred for dog fighting and bull-baiting, sometimes even modern-day pit bulls still display their ancestry’s aggressive behaviors.

When they do get aggressive, they attack with remarkable ferocity. Proper training and socialization are required to overcome the breed’s tendency toward aggression. 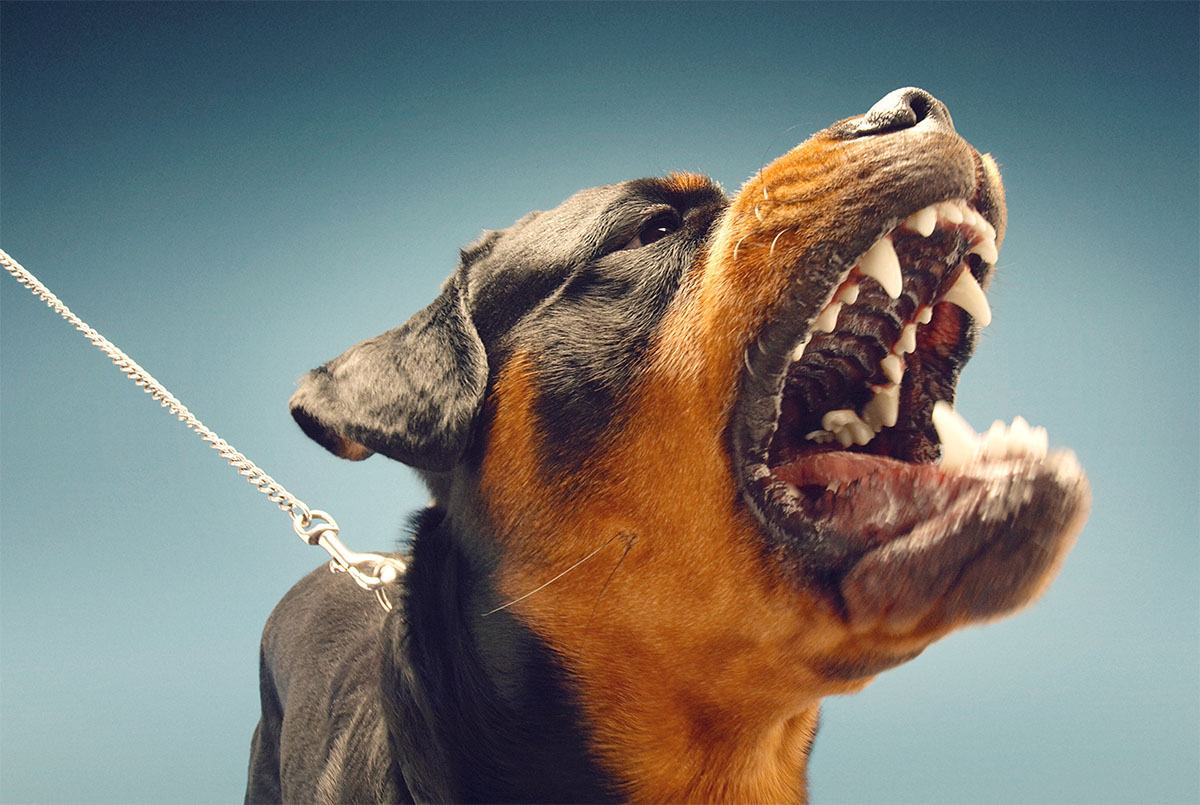 In many Rottweiler attack cases, the breed’s aggressive behaviors are usually the result of neglect, abuse, irresponsible ownership, or lack of training and socialization.

Any attack can lead to serious harm or death to the victim because Rottweiler is a powerful dog with well-developed guarding and herding instincts.

According to the American Kennel Club (AKC), Rottweilers are protective of their territory and reluctant to welcome strangers until properly introduced.

These dogs love their owners and behave in a clownish manner around family, yet obedience training remains essential. 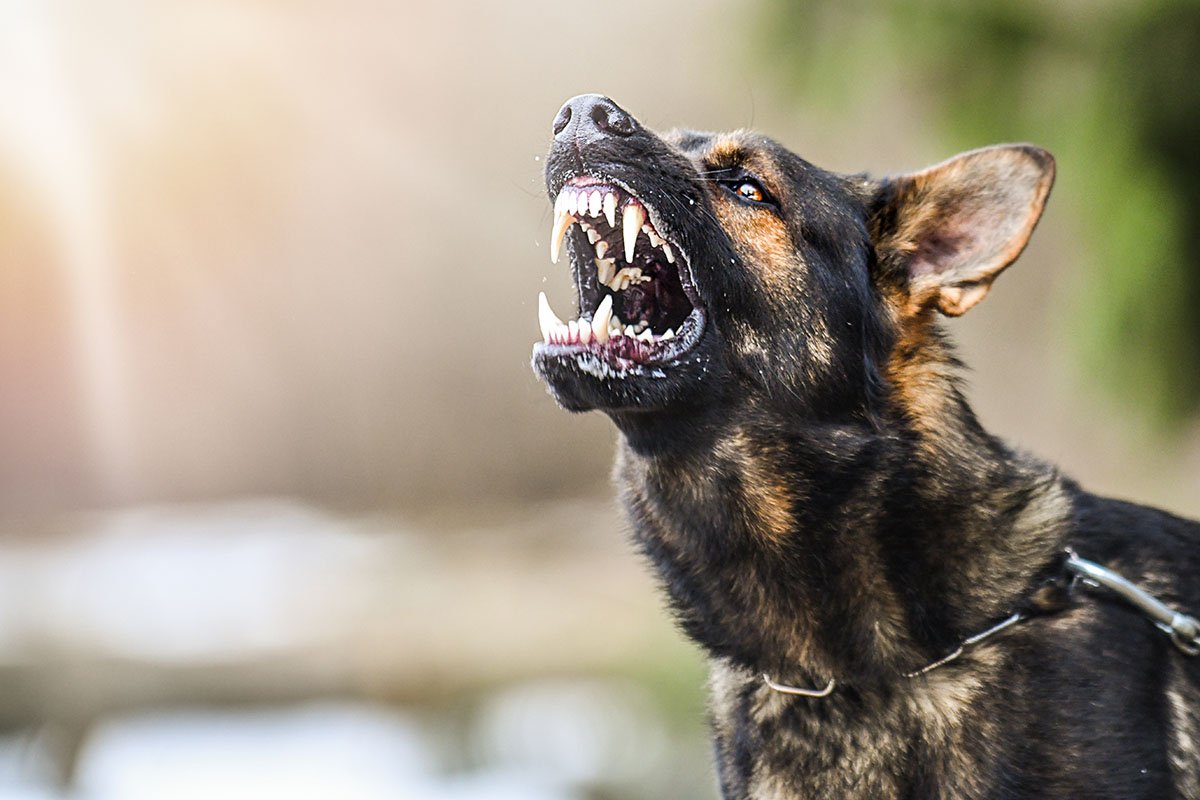 Being one of the most widely used breeds by law enforcement, German shepherds have a reputation for being highly intelligent, obedient, and protective.

They mostly do scent-work roles such as search and rescue, explosive detection, narcotics detection, cadaver searching, and mine detection, among others.

They are not naturally aggressive, but they can be easily trained for attack/defense purposes.

If their handler or trainer wants them to display intimidating threatening behaviors, they would undoubtedly obey. As long as German shepherds are trained as guard dogs, they are well-tempered playful pets. 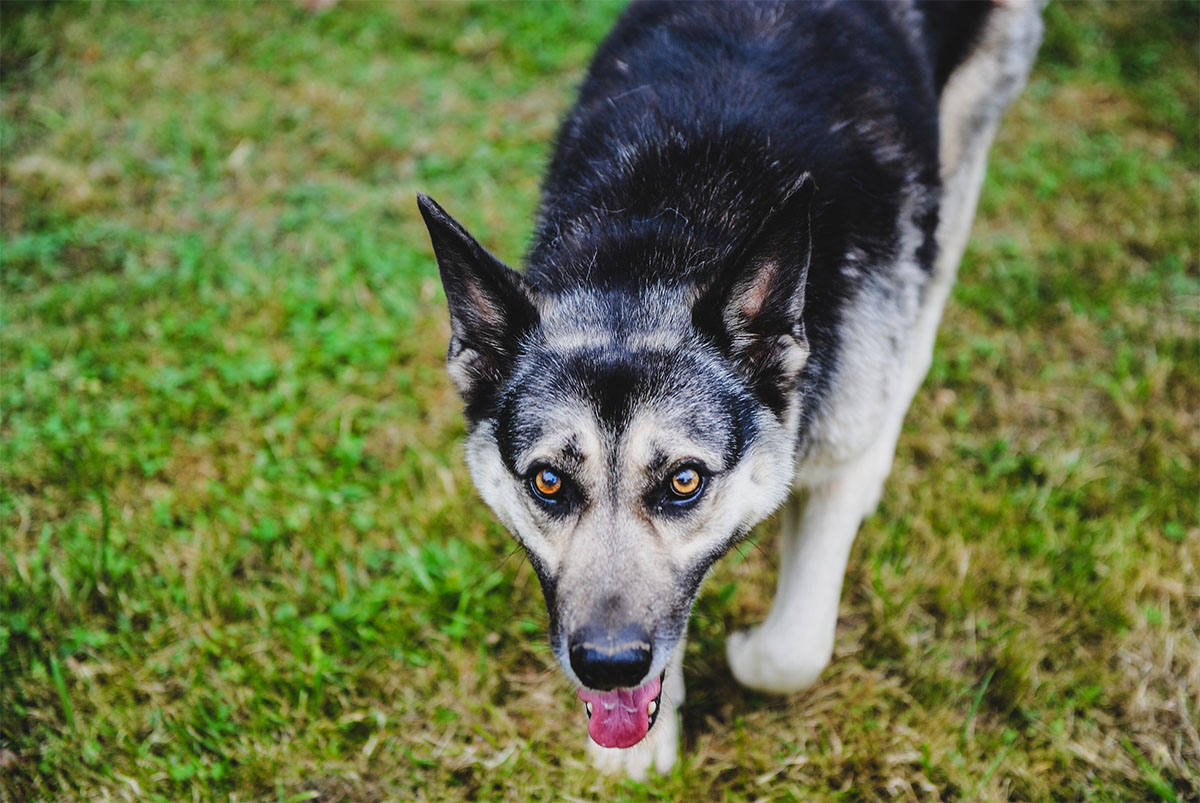 If a dog does not belong to any officially recognized breed or is not the result of intentional breeding, it would be categorized as mixed-breed.

It is estimated that there are 150 million mixed-breed dogs worldwide. A lot of them have no known purebred ancestors.

There have been reports that mixed-breeds are more likely to be aggressive toward strangers, more sensitive to touch, and more fearful to people than purebreds.

However, you must remember that their behaviors are largely affected by environmental factors rather than genetics. 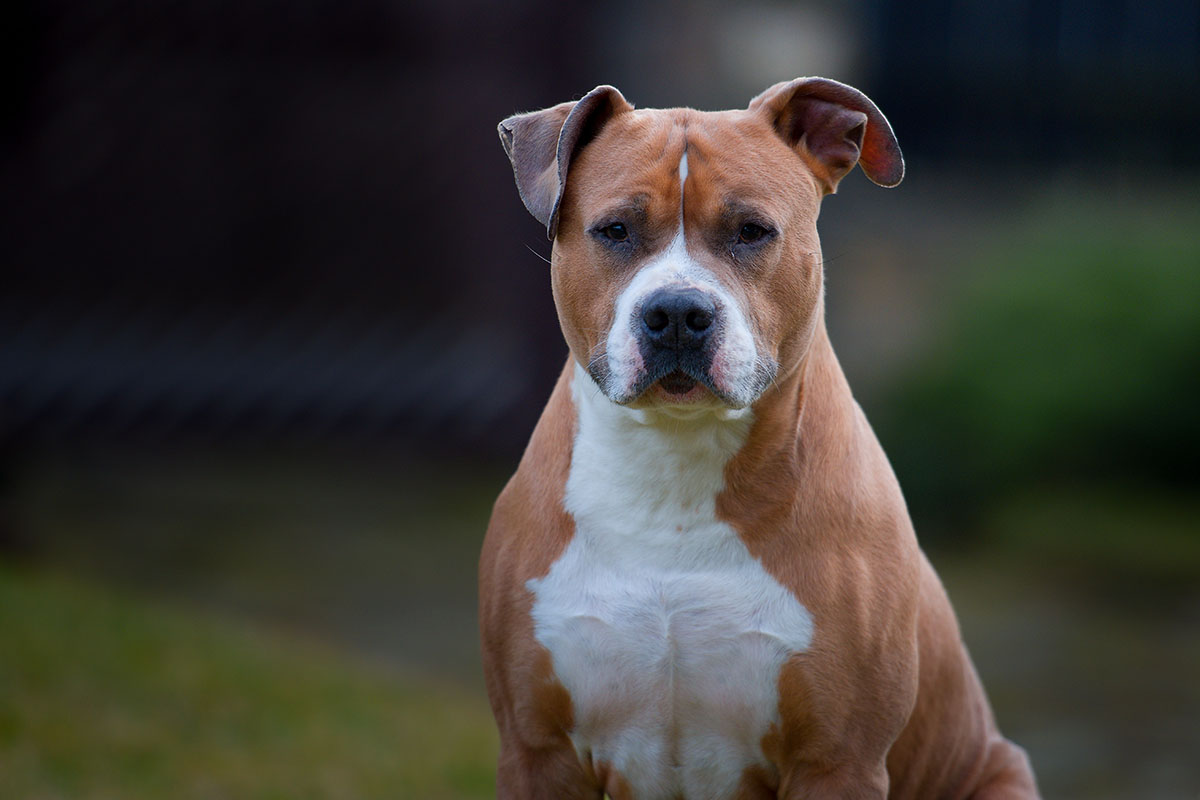 Muscular and agile, the American bulldogs are built for farm work, whether chasing down stray cattle or keeping intruders at bay.

Their ancestors also were farm dogs tasked with guarding the livestock, home, and kids too.

Unlike their ancestors, however, today’s American bulldogs should not be left alone daily; otherwise, they easily get bored and provoked toward aggression.

They may attack anything or anyone they don’t know, like postal workers, strangers, and even children. Proper socialization is paramount. 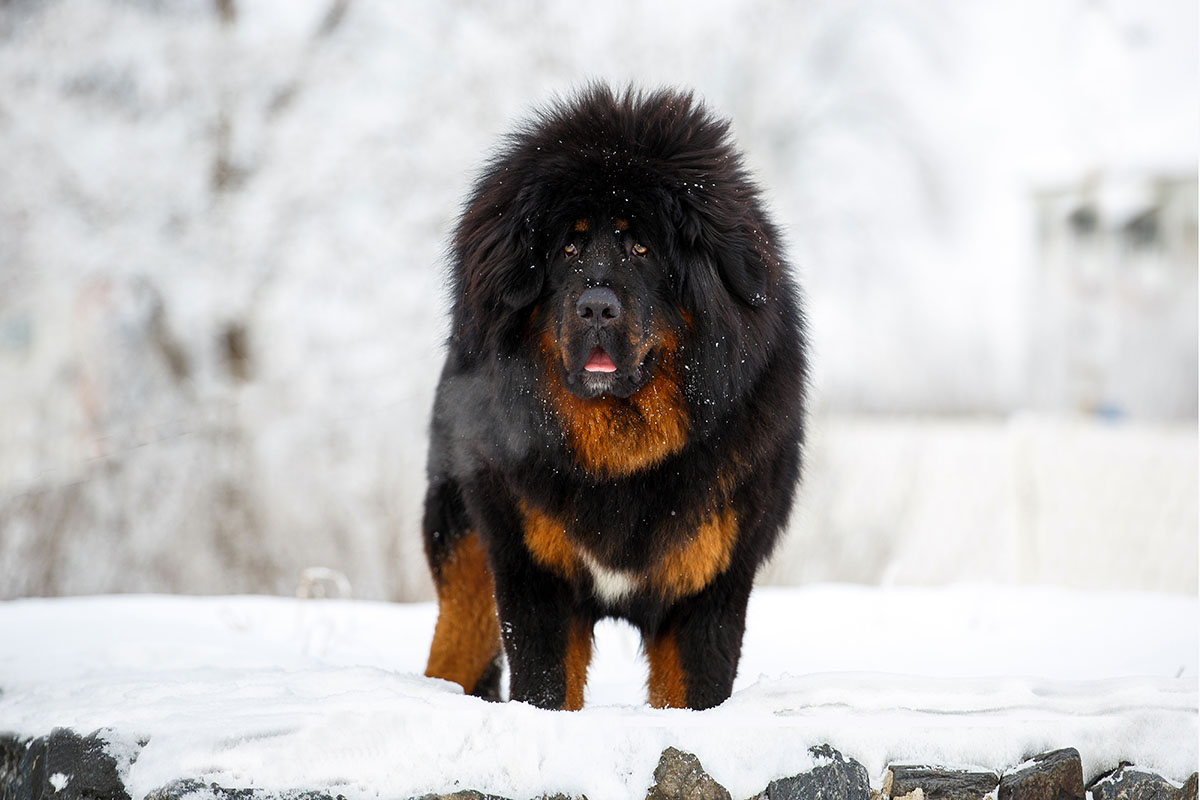 Throughout history, Mastiffs have been used as guard dogs, hunting dogs, and war dogs.

Unfortunately, many were used for blood sports, where they fought each other and different animals like bulls, lions, and bears. Mastiffs are typically large and powerful.

Instinctively protective, Mastiffs must be properly socialized with people and other animals.

Otherwise, they can become fearful of strangers and new situations, leading to aggression. With the intimidating size and big head, a Mastiff attack may leave the victim seriously injured. 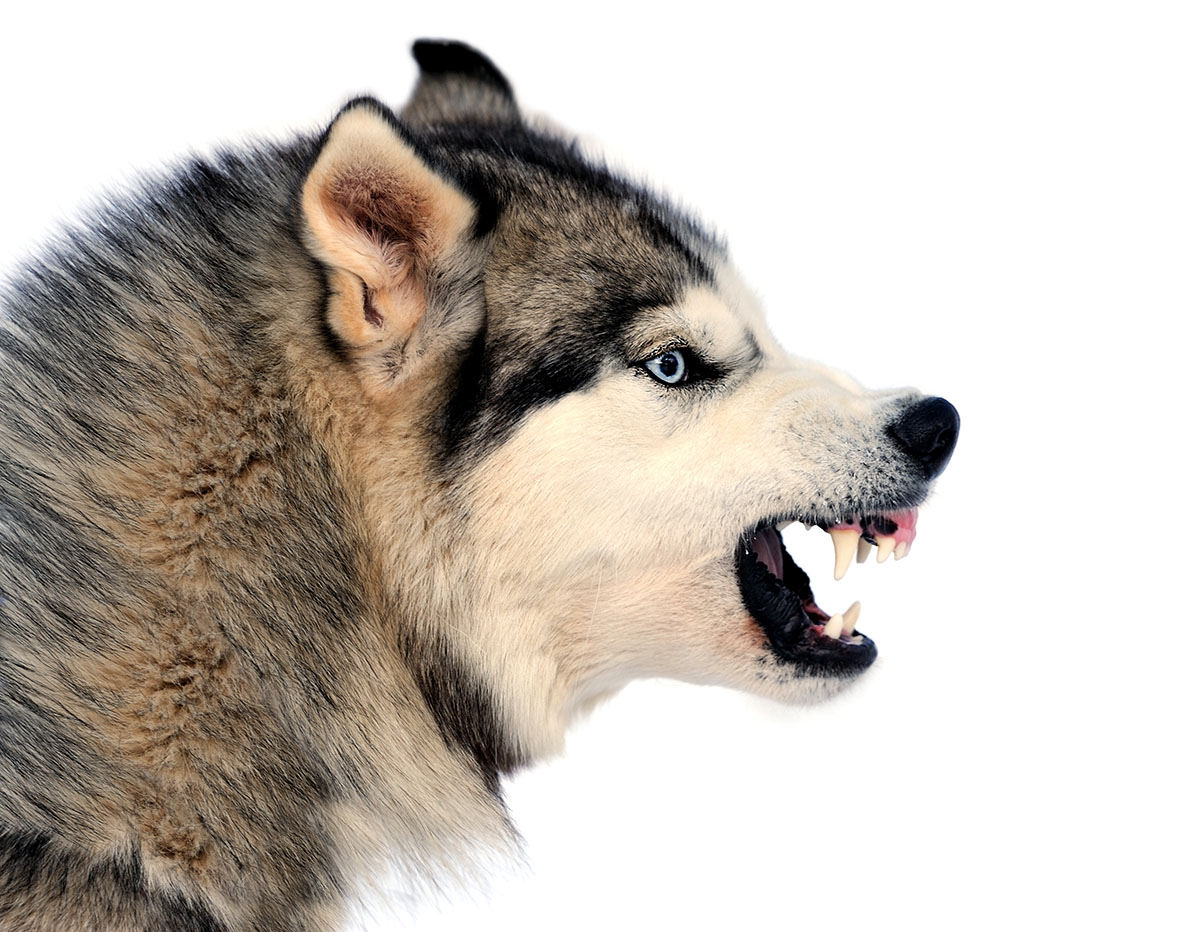 The American Society for the Prevention of Cruelty to Animals (ASPCA) describes Siberian husky as “good with children.”

The breed has an explosive amount of energy indoor and therefore requires special exercise routines. Without proper care, Siberian huskies can be destructive.

Originally developed as sled dogs (some are used for this purpose today), Huskies are a pretty remarkable breed with an impressive ability to learn new things.

The downside is that now and then, they use that staggering intelligence to learn annoying stuff. Even on a leash, they are not overly eager to please their handler. 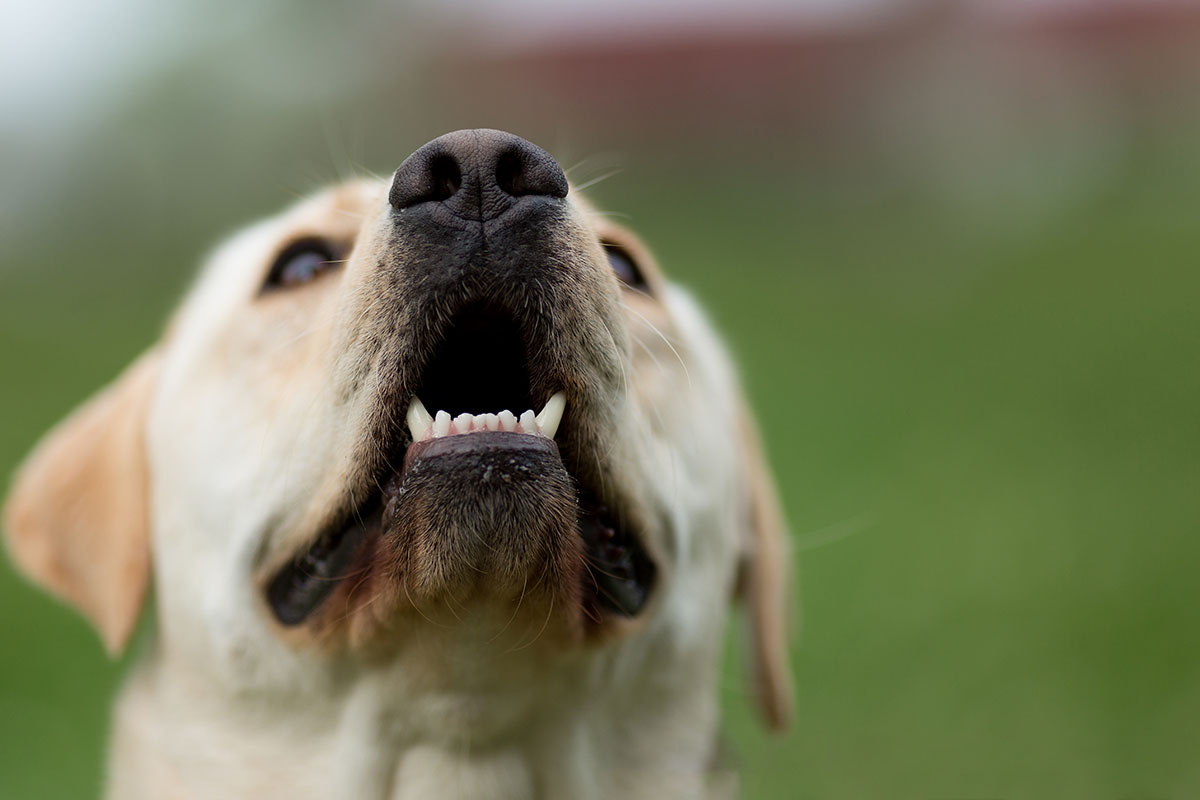 One of America’s most popular breeds, the Labrador retriever, is a descendant of fishing dogs. In the past, they earned their keep by helping fishers fetch ropes, haul nets, and retrieve fish in the North Atlantic.

While today’s primary role in the field remains as hunting retrievers, they are also favorable disability assistants in many countries.

In general, Labrador retrievers are not known to be aggressive dogs.

They are not aggressive, but they can be if trained to develop hostile behavior. Like humans, every dog has a unique personality; the way a dog is trained will determine a prominent personality. 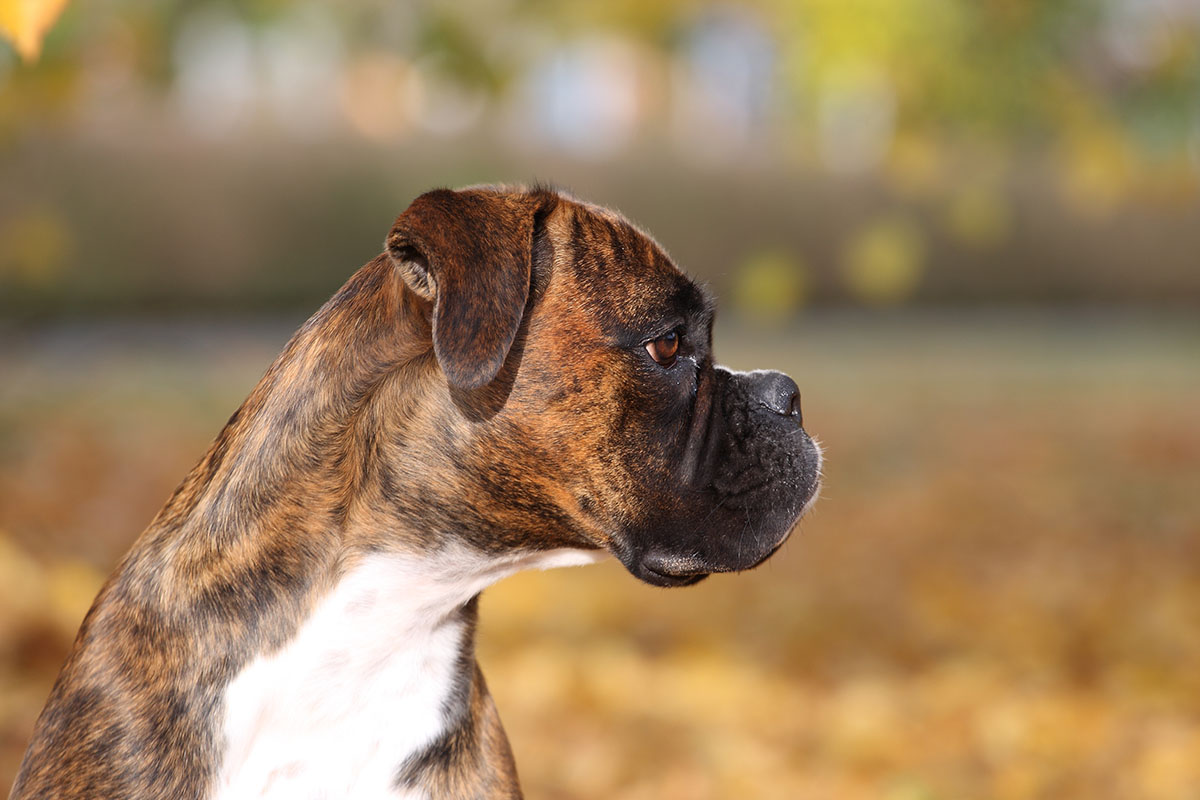 Although categorized under the “Working Group” by the AKC, most Boxers are now family pets. Because they were originally bred to be guard dogs, they still have intense energy levels and require plenty of exercises.

It has been well-established that Boxers are eager to show their love and faithfulness to their masters. They are harmless in the family but can display aggressive behavior toward strangers.

Boxers are not aggressive by nature, although their instinct as guardians never really disappears. Just like all fogs, socialization will help turn down the unfriendly manner. 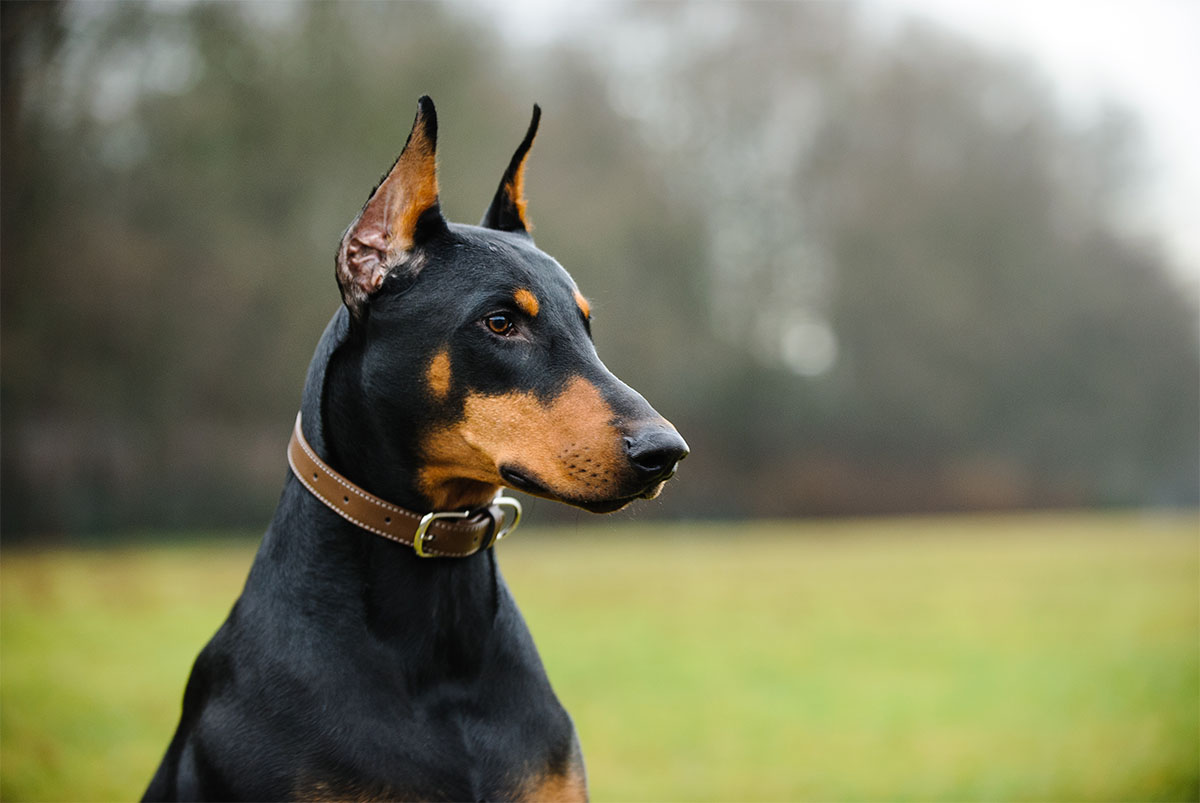 Bred to be personal protection dogs, Dobermans are naturally intimidating and fearless.

They will not hesitate to defend their masters from potential threats, including from other dogs. As vicious as they might be, Dobermans are sufficiently restrained and obedient.

Modern breeders have successfully tone down the aggressive side of the characteristics. Unfortunately, Dobermans have long been stereotyped as a hostile breed.

They are formidable guardians, alright, but at the same time gentle and loving dogs, the kind of pets that never go looking for troubles.