by Factionary 4 months ago1 month ago
016.3Kviews

Plastic surgery is so joint these days no one bats an eye if you have a boob job or a brow lift, but there are some weirdos out there who have made body transformation their life’s mission.

Some want to turn themselves into real-life Barbie dolls or cartoon characters, or even genderless aliens.

Why? Only to have a shot at fame, even as a freak. It still beats being a nobody.

Pixee Fox is the perfect example of people having nothing better to do than to devote years of their lives and tons of money to change the way their look just for the sake of it.

Her goal in life is to become a human cartoon character with grossly exaggerated features. Her impressive boobs are nothing compared to some of the other drastic surgeries she’s had.

Pixee Fox had six of her ribs removed in the hope of beating the world record for the tiniest waistline – she hasn’t yet, but she’s trying.

The young woman has also changed her eyes through surgery because colored contact lenses are too mainstream for her.

What is mind-numbing is that some of her social media fans send her money to support her quest to become a cartoon character!

Most teenagers go through at least one crush on some pop star or Hollywood actor, but Adam Daniel’s obsession with Madonna is nothing short of extreme.

The young man spent a fortune trying to look like his idol. He’s had his face remodeled to resemble Madonna, as she was a few decades ago when her career was at its peak, and Daniel wasn’t probably even born.

He says it’s all part of his act as he earns a living as a Madonna impersonator. What happens when Madonna retires, Daniel, have you thought of that?

Blondie never outgrew her obsession with Barbie dolls and decided to become one herself. She already had the blonde locks, and getting a pair of huge boobs wasn’t much of a problem.

However, Blondie has taken her transformation to the extreme and wants to turn her brains into plastic as well.

Not literally, of course, but she attends hypnotherapy sessions meant to make her ‘brainless,’ and the only activity she allows herself to be interested in is shopping. Why bother? The world is already full of such Bimbos!?

Is it the question most teenagers dread? What do you want to be when you grow up? Well, Hong Kong-born Wang Jiayun made up her mind about what she wanted to do with her life while she was in high-school.

Become a human inflatable doll! The diminutive Wang has become an Internet sensation in many Asian countries, and she still has a few good years ahead of her, but still, you cannot credibly maintain this image when you get into your 30s?

The fake of a fake? Kim Kardashian has gone under the knife so many times she probably lost count, and Thalia Almodovar says she’s willing to undergo as many surgeries as she needs to look like her idol.

Almodovar is a transgender woman obsessed with Kim Kardashian. She’s had multiple plastic surgeries on her face and butt implants. However, she still has some work to do if she wants to get Kim’s spectacular behind.

At least you have to give him credit for trying to be unique. Vinnie Ohh’s goal in life is to turn himself into a genderless alien and has so far spent over $60,000 on plastic surgeries to alter the shape of his face and, particularly, that of his eyes.

He’s also planning on having his genitals removed, as well as his nipples and belly-button, which are too human for his taste. That’s because he believes aliens have no gender. Do we wonder who told him that?!

Even when they go to extreme lengths, you can at least understand people who want to look like some celebrity, but Janet Horrocks is obsessed with becoming a copy of her daughter, Jane.

So far, Janet has spent almost $60,000 on various cosmetic procedures, not to mention Botox and fillers.

Any psychiatrist could tell this has nothing to do with admiring or loving her daughter, and it’s just a desperate attempt to turn back time.

As for her daughter, as you can easily imagine, she’s not at all pleased with her mother copying her in every possible way.

Martina Big is not just another woman obsessed with Barbie dolls. When she began her spectacular transformation, German-born Martina Big wanted to look like Pamela Anderson.

She soon decided she wanted more giant boobs, and she now carries around a massive pair of them. Next, she tried to change the color of her skin and become a Malibu Barbie.

Spray tans were too much of a hassle, so Martina has regular melatonin injections to maintain her dark skin, although it doesn’t suit her German features.

Victoria had a good start in life; she was cute enough, went to business school, and could look forward to a successful life.

She got bored with her life and decided to become sort of a Barbie girl and filled herself with gallons of silicone and Botox.

She claims to be very successful in her career as a plastic woman and finds her life as a model, well, sort of, very rewarding. 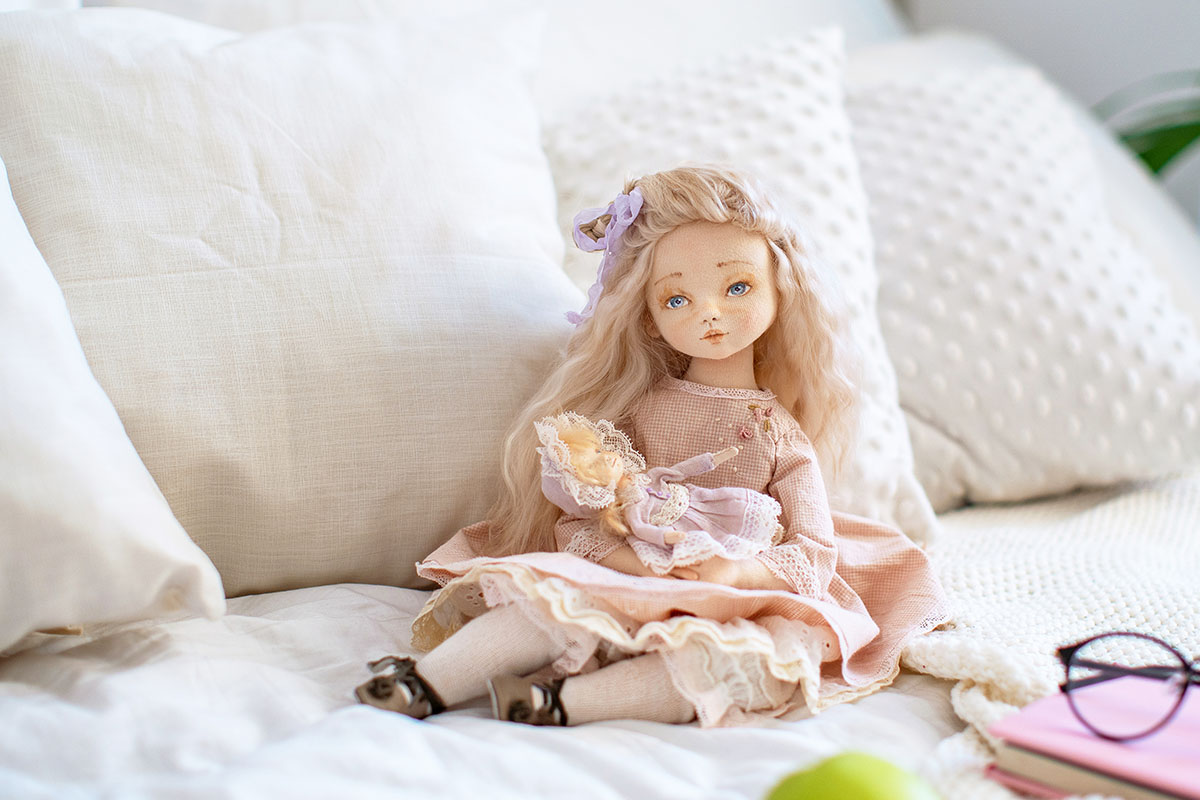 Little is known about this young woman, except that she was born in Russia and she loved her dolls a little too much.

The young woman spent a fortune on plastic surgery to augment her breasts and change her face’s structure, but at least she doesn’t look as tacky as other Barbie girls.

Plus, she makes a good living putting on shows she broadcasts over the Internet, and if you look at some of her photos, it’s easy to see that she is, indeed, something special.