by Factionary 4 months ago1 month ago
02.3Kviews

In 2002, Michael Skakel, a cousin of the Kennedys, was convicted for the murder of Martha Moxley. The court ruled he was guilty of beating Ms. Moxley with a golf club in 1975.

Skakel and Moxley were both 15 and living in Greenwich, Connecticut, when it happened. He was initially sentenced to 20 years to life for his crime.

Retrial happened in 2013, after which Skakel was released on bond after a judge vacated the sentence. The ruling said that his lawyer had failed to provide effective legal representation during the case proceedings.

Other conditions for the release included monitoring with a GPS device, making no contact with the victim’s family, and remaining in the State of Connecticut unless permitted to leave.

The conviction was reinstated three years later, then overturned (again) in 2018. Of all 51 potential witnesses, 17 were dead; there has not been any additional forensic evidence.

It was a transfixing case, but the court ultimately found Skakel not guilty. Plenty happened before, after, and between those highlights; here are some of the most important bits.

Martha Moxley did not come home on the evening of October 30, 1975. She was last seen with her friends roaming around the neighborhood in Greenwich.

Her body was found the next day. She was stabbed, bludgeoned, and half-hidden beneath a pine tree.

Near her body was a broken golf club believed to have been used as the murder weapon. News about the murder sent a shockwave across the neighborhood, which had always been considered safe.

Some friends said Moxley was falling together behind the fence with Thomas Skakel, brother of Michael, in the Skakel backyard around 9:30 p.m.

Greenwich residents began to wonder why after two years of investigation, the police had not made any arrest.

The murder weapon was right there at the crime scene, and there are several dozens of witnesses to interrogate.

The golf club was traced back to the collection of the Skakel family. Thomas and another young man were considered suspects, but they passed lie detector tests.

Some assumed it was a party because of the Skakel brothers’ relation to the Kennedys. They are nephews of Ethel Skakel Kennedy, the widow of Robert F. Kennedy. 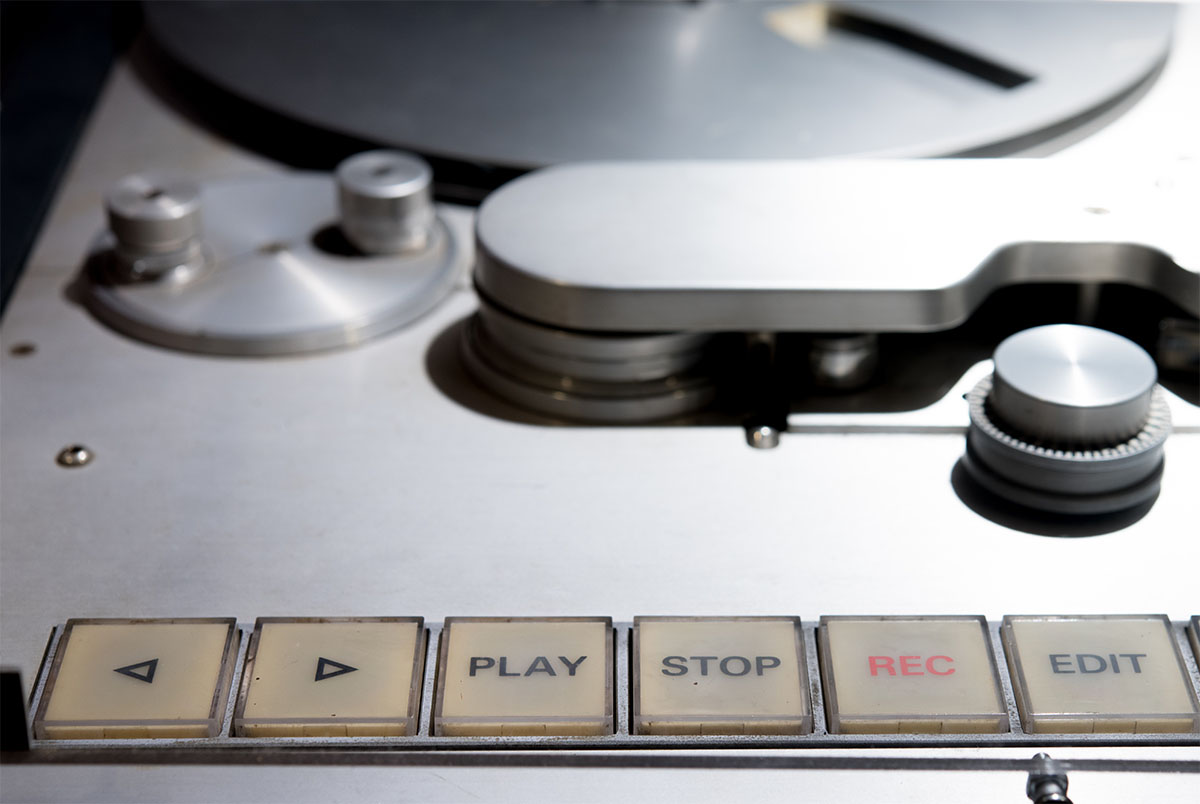 From 1978 to 1980, Michael Skakel attended the Elan School in Poland Spring, Maine.

He purportedly received treatments for alcoholism in the private institution, which also accepted children with substance abuse and mental health problems.

Numerous accounts claimed that Michael blurted out a confession insinuating he had killed Ms. Moxley.

In an audiotaped conversation, there was a statement suggesting he was afraid he might have been seen “jerking off” the previous night and panicked.

The jury heard the entire tape, but prosecutors did not play the part where Michael mentioned the “jerking off” term. 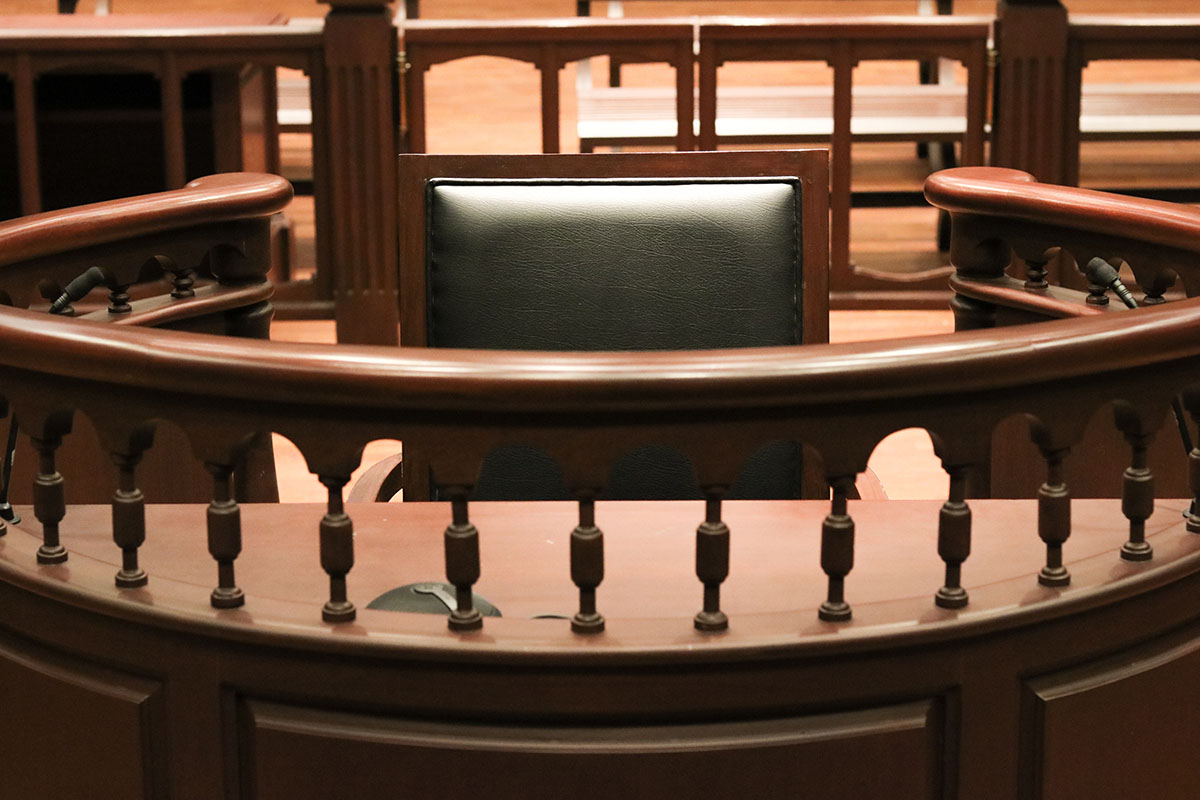 In the testimony, the former described a tearful admission in which the defendant only had fragmented memories of the sequence of events at the night of the murder.

The latter gave a much more blatant account where Michael said, “I am going to get away with murder. I am a Kennedy.”

The school owner Joe Ricci denied that such a confession had occurred. According to court papers filed in Maine, prosecutors maintained Mr. Ricci had overheard Michael’s admission to the murder of Martha Moxley. 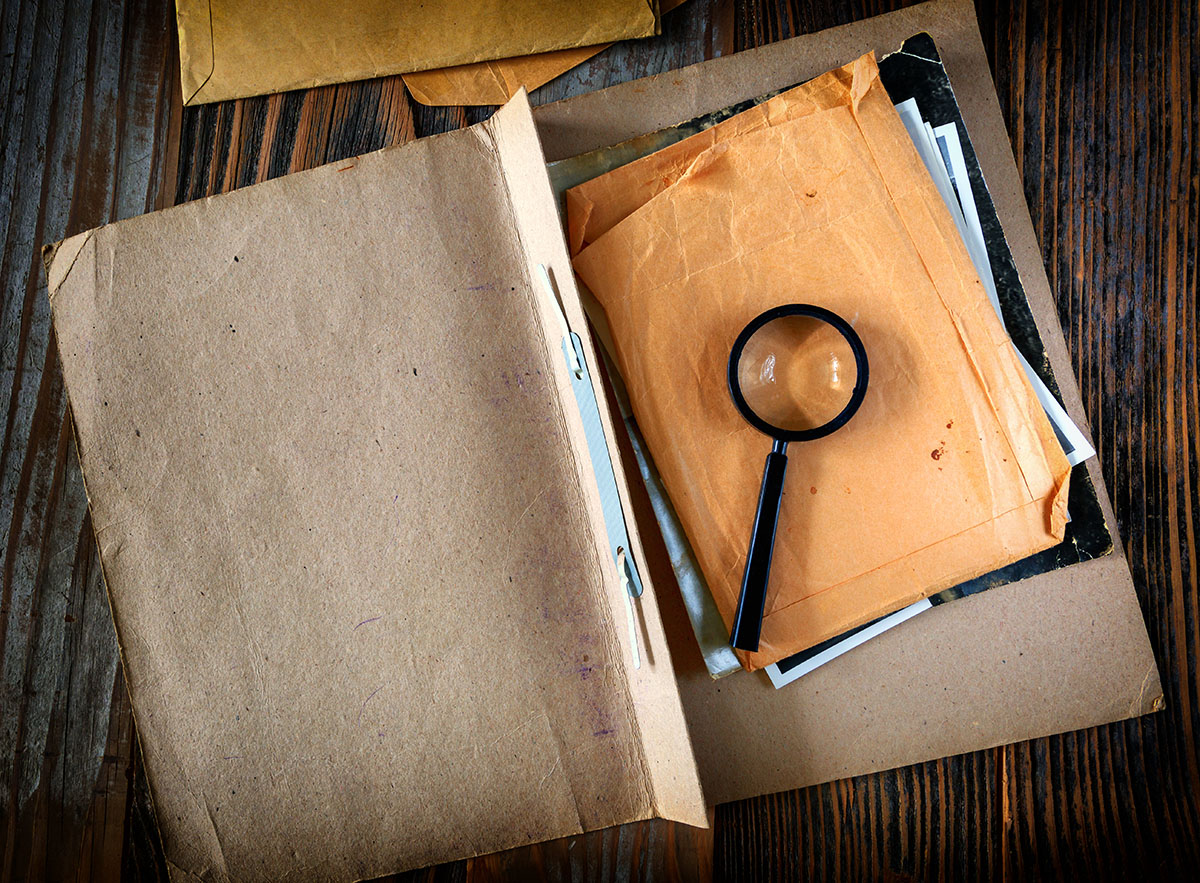 Following an investigator and one-person grand jury by the State of Connecticut, a possible breakthrough in the investigation surfaced.

Former suspect Kenneth Littleton, who lived next door to the victim, came forward to testify before the grand jury in exchange for immunity from prosecution.

With the testimony and immunity, the focus now shifted on Thomas and Michael Skakel. Another witness talked to the grand jury.

She was Mildred Ix, the Skakel family’s close friend and Martha’s neighbor. Her daughter Helen was with Martha, Thomas, and Skakel at the night of the murder. 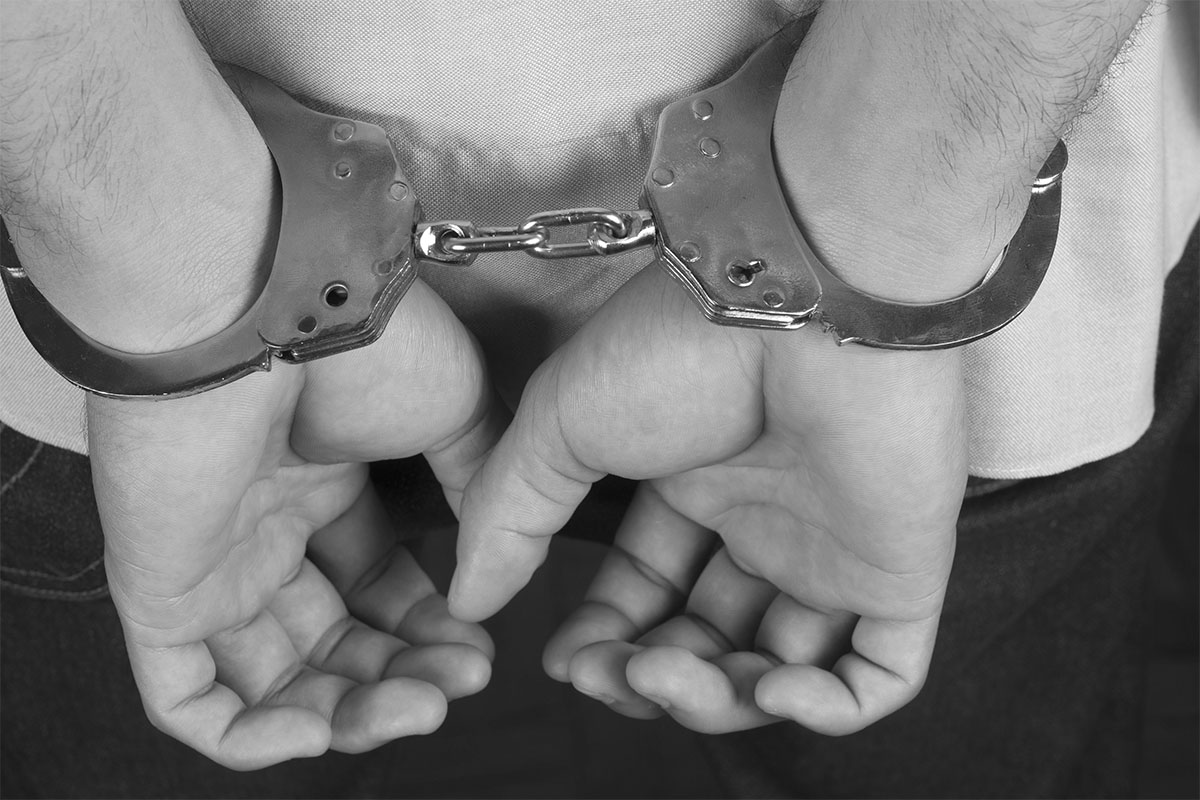 The police eventually took Michael Skakel into custody for the murder in January 2000. He was charged with the crime as a minor because in 1975, when it happened, he was only 15.

Conviction by a juvenile court judge could mean little or even no jail time. On the other hand, conviction as an adult could carry a life sentence.

On August 30, 2002, the court found Michael Skakel guilty of murder and sentenced him to 20 years to life imprisonment.

Moments before the sentencing, he was rambling sentences full of biblical references for about 10 minutes. 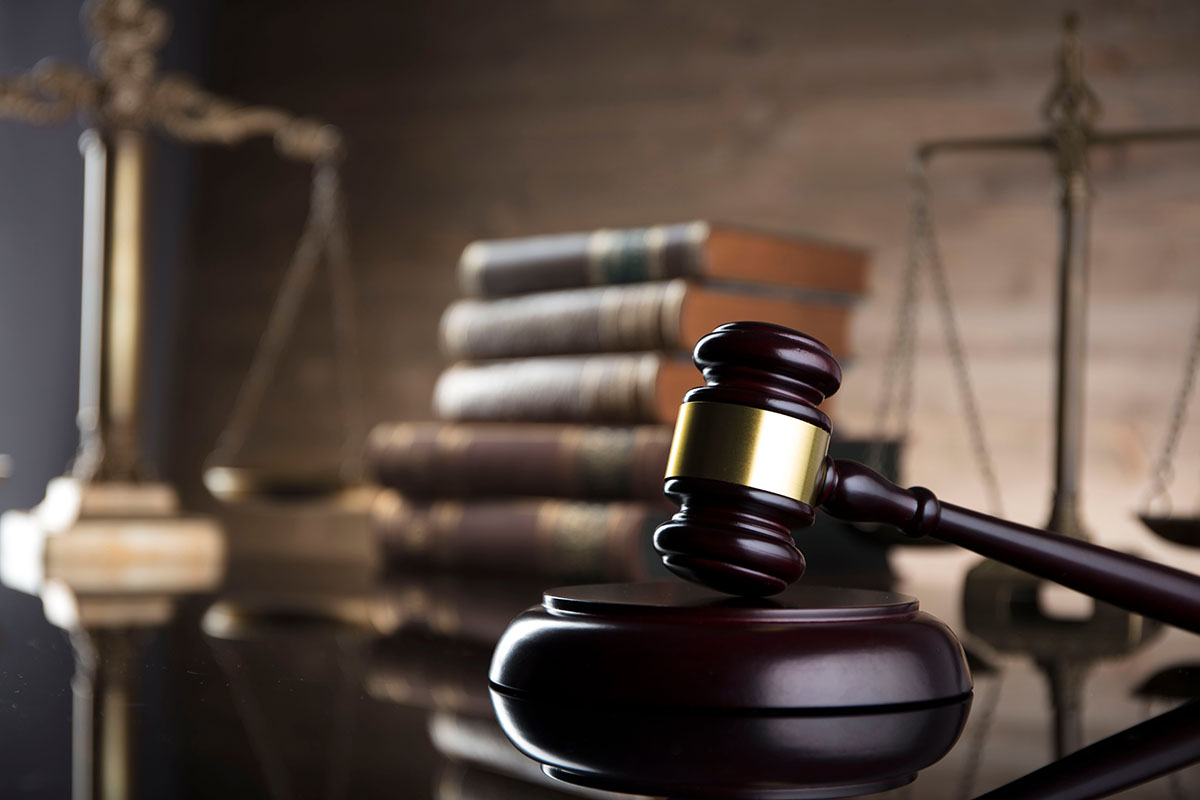 As it turned out, Michael Skakel was tried as an adult despite being 15 at the time of the murder.

His lawyers challenged the conviction on that particular ground and six others, including prosecutorial misconduct and statute of limitation.

The appeals court rejected the arguments presented by Michael’s lawyers. In 2006, the Connecticut Supreme Court affirmed the conviction.

Fast forward to 2013, after going through denied parole and bid for a sentence reduction, a Connecticut judge Thomas A. Bishop granted Mr. Skakel a new trial on the ground that Michael Sherman, his attorney in the 2002 trial, failed to provide adequate representation.

In November 2013, Michael Skakel was released from prison. At that point, he had spent more than a decade of imprisonment for the murder of Martha Moxley. The bail was set at $1.2 million.

The lawyer also said that the brother, Thomas Skakel, was the most likely perpetrator of the crime.

State prosecutors maintained that Michael did not deserve another trial and his conviction should be reinstated.

Robert F. Kennedy Jr. – a cousin of Michael Skakel and a former government prosecutor – released a book titled “Framed: Why Michael Skakel Spent Over a Decade in Prison For a Murder He Didn’t Commit” to question why his cousin was found guilty without physical evidence linking him to the crime.

It provides alternate theories of the murder and claims to have solved the case, identifying two Bronx teenagers.

Prosecutors have attempted to revive the conviction and send Michael Skakel back to prison.

They argued that the United States Supreme Court should address the state court’s decision over the case. Because the prosecutors’ appeal was denied, the ruling stands; Michael Skakel remains a free man.

That said, she is satisfied with prosecutors and police’s efforts and that she does not need Skakel to spend more time behind bars.