by Factionary 1 week ago1 week ago
01.9Kview

The largest of all reptiles alive today is the saltwater crocodile, a massive carnivore roaming the brackish wetlands of India’s east coast across Southeast Asia to northern Australia.

An adult grew saltwater crocodile is at least 7 meters long and weighs more than one metric ton. Members of crocodilians, these predators can eat everything in their path, including large marine animals such as sharks.

Although far more people die of bee stings each year than of crocodile attacks. Crocodilians have been around since the days of the Dinosaurs. Bite marks found on fossils even suggest they hunted dinosaurs of varying sizes.

As gigantic as saltwater crocodiles can be, they are diminutive in comparison to their ancestors.

Somewhere in the lakes and swamps of early Amazon about 13 million years ago, a ground sloth wandered too close to the water edge, making itself an easy target for a caiman lurking nearby.

Then the inevitable happened; a strike from beneath caught the ground sloth in the hind leg. The caiman’s teeth punctured deep into the shinbone, inflicting terrible damage.

This kind of injury could only happen with the caiman’s mouth closed over the leg. All evidence pointed to a crocodilian known as Purussaurus. A behemoth in the aftermath of Dinosaurs extinction.

According to Rodolfo Salas-Gismondi, a senior researcher at Cayetano Heredia University in Lima, Peru, the bite marks on the ground sloth were consistent with the anatomy and dentition of Purussaurus.

Based on the size of the damage, the most likely attacker was a juvenile prehistoric caiman measuring about 4 meters long.

He does not rule out the possibility that the injury happened after death during predation of a carcass.

So far, the shinbone of the ground sloth is the second fossil on record to showcase a Purussaurus attack. The first evidence is a shell of an aquatic turtle. 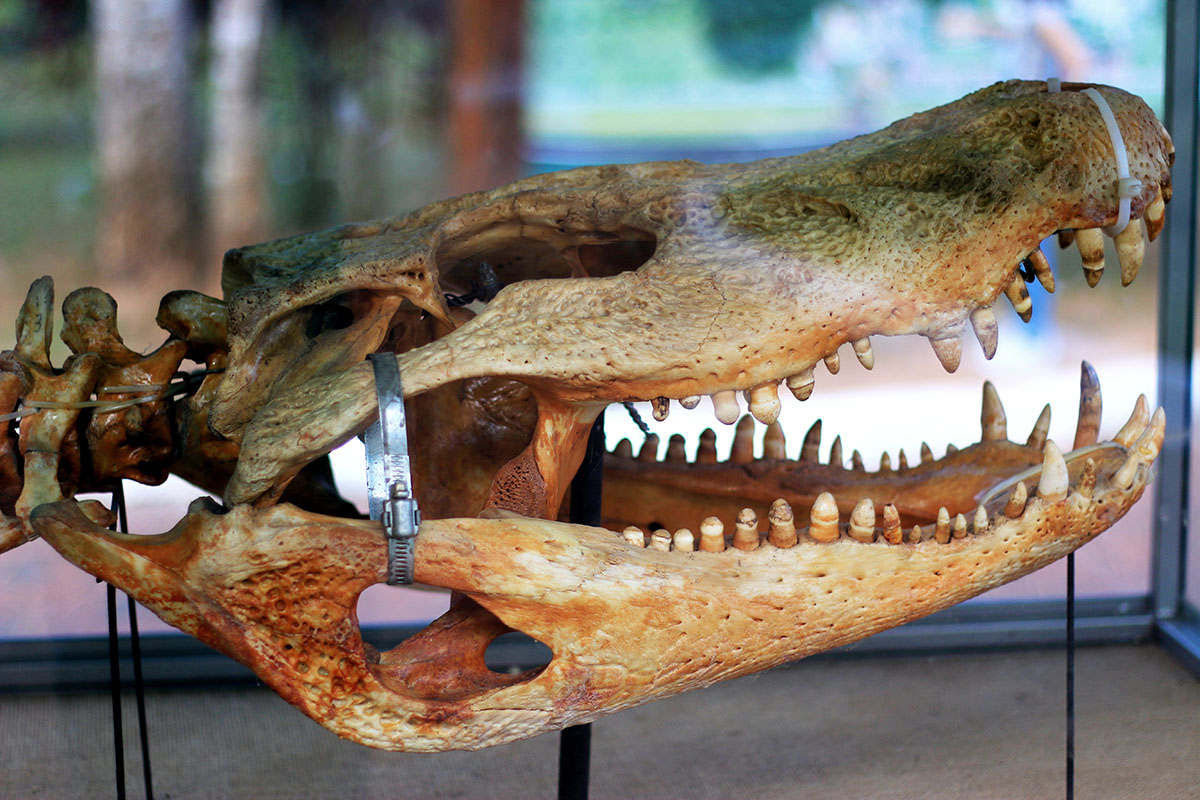 Purussaurus were giants of the Miocene epoch (23 million to 5 million years ago). They wouldn’t even have to struggle to crunch a turtle shell.

The bite force of an adult Purussaurus was estimated at 6.3 metric tons. In comparison, saltwater crocodile has only about a fourth of that at 1.5 metric tons.

This kind of bite force would allow any adult Purussaurus to prey on other large animals without much of a challenge, regardless of size and hardness. No crocodilian of the modern world even comes close to that.

The gargantuan Purussaurus became known to science from their remains in parts of Venezuela, Colombia, Brazil, and other Amazon regions. Joao Barbosa Rodrigues discovered incomplete fossils in 1982.

The skulls were one of the last parts to be uncovered. Soon enough, after the remains were re-arranged into a single skeletal figure, Purussaurus has since been regarded as one of the most influential and most significant freshwater predators ever found.

It probably was the largest reptile to have ever roamed the planet after the extinction of dinosaurs. 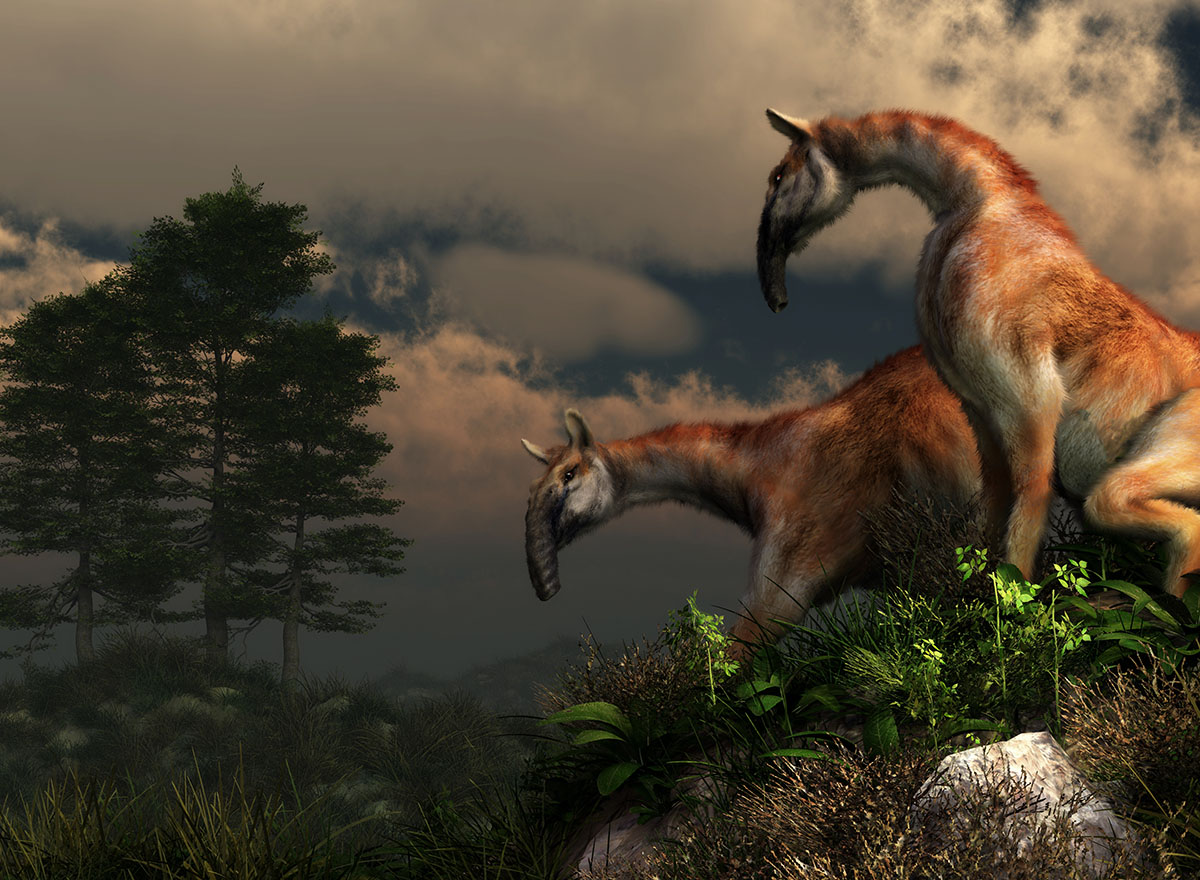 Much details of how Purussaurus hunted its prey remain largely a mystery until today.

A research team led by Tito Aureliano of the University of Brazil (Federal University of Rio de Janeiro) took the challenge to figure out how the ancient caiman killed and how much it needed to sustain such a large body mass. 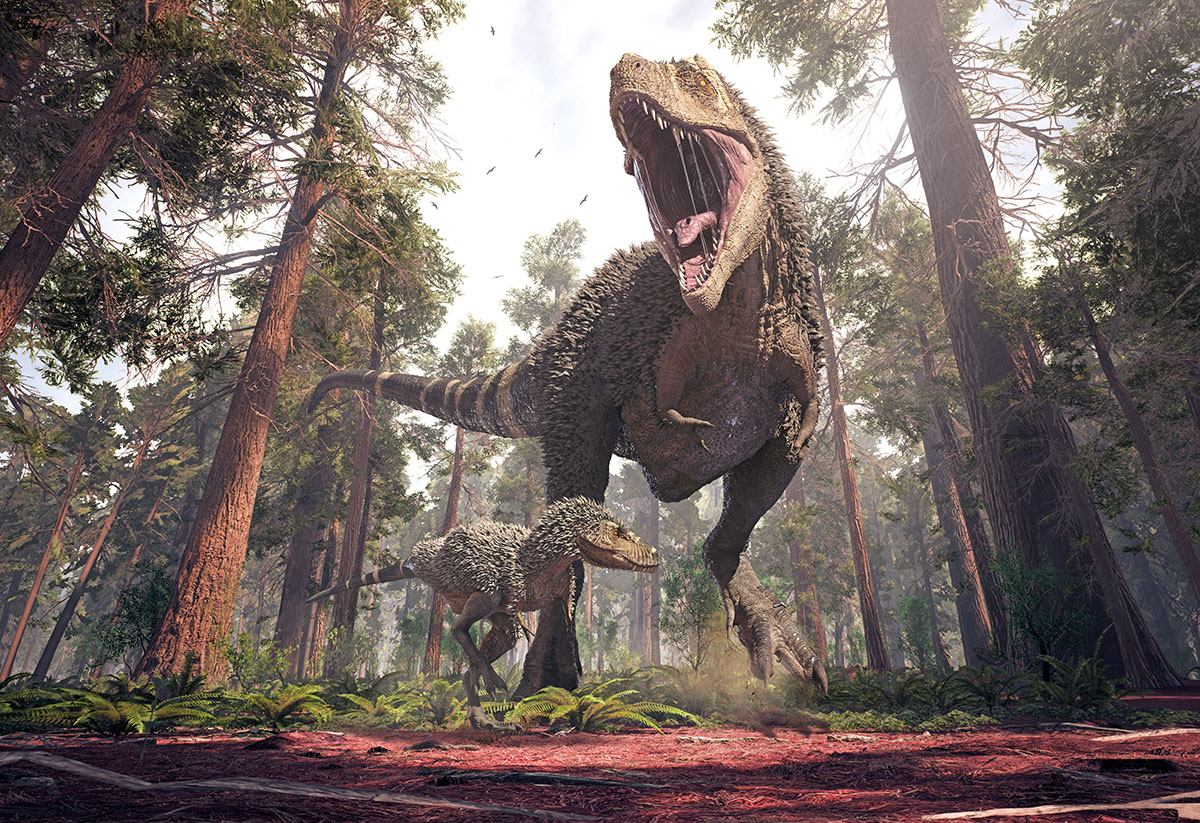 With a bite force of 6.3 metric tons, Purussaurus’ jaws were actually stronger than or at least comparable to Tyrannosaurus rex, whose jaws could deliver roughly 6 metric tons of pressure.

One research team member, Aline M. Ghilardi, explained that both T. rex and P. brasiliensis were apex predator that ruled their habitats pretty much unchallenged during their own respective times in history.

Their jaws’ structure was built to deliver and sustain massive pressure, allowing them to kill a large mammal weighing up to a ton at ease.

The vast majority of Purussaurus fossils discovered thus far were 8 million years old. In other words, they lived during the Late Miocene period.

An adult individual ate practically anything that moved, but their contemporaries preyed on smaller animals and fish.

Tito Aureliano and his team figured out that the ecosystem in which Purussaurus took the top spot in the food chain pyramid was a diverse wetland with few mammalian competitions.

Despite its dominating physical strength, Purussaurus was a fragile species that would go extinct in several million years. 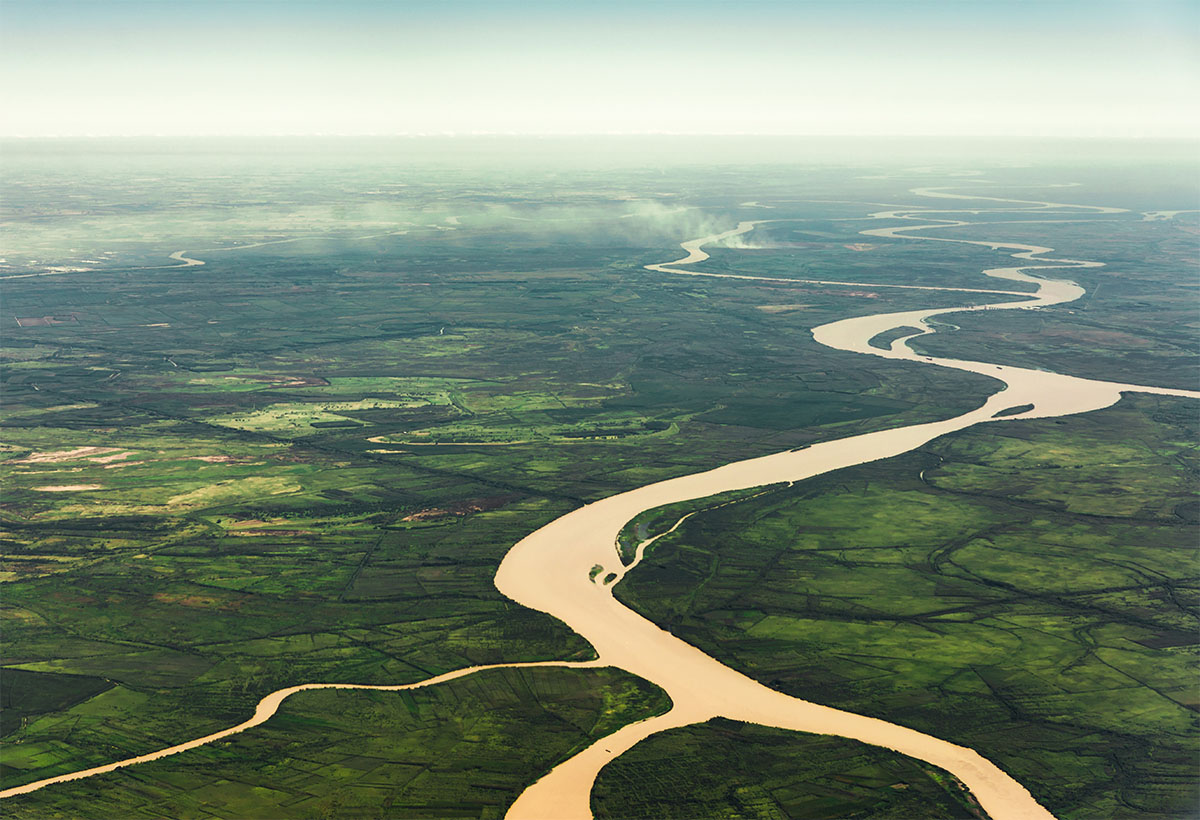 The vast series of inland seas or any large body of water eventually shrunk in size during Pliocene, the period immediately after Miocene.

The ecosystem transformed all across the Amazon into a network of rivers instead of vast lakes, which favored smaller animals.

The intimidating size of Purussaurus became its shortcoming during the Pliocene because massive body constrained movement and hunting ability.

They were not agile enough to fulfill their daily food intake requirement. Without enough prey to go around, Purussaurus started to disappear and would never return.

Modern smaller caimans are known to eat fruits in addition to meat. Based on this behavior, it was not entirely impossible that Purussaurus also engaged in the same behavior typically observed only in herbivores.

Some previous studies support the argument because the plant remains increased in frequency as crocodilians grew larger.

The estimated daily food intake of Purussaurus could be the first data-driven finding on the metabolic rate of an extinct animal, but how gigantism affected the metabolic function of crocodilians is not yet understood.

For sure, Purussaurus was one of the largest in the Late Miocene, but it didn’t mean the species had all the advantages.

On the contrary, large-bodies crocodilians found themselves in challenging times during the subsequent period due to the reduced availability of prey.

Large-scale changes in the environment were an act of natural selection that put the reign of Purussaurus to an end, 5 million years ago.