Stories of survival are always heartwarming, even more so when the survivor has been previously declared dead by authorities.

As unreal as it may seem, the return is like seeing someone coming back from the dead. Apart from friends and families, who feel nothing but overwhelming joy from seeing their loved one again, the authorities inevitably wonder if everything is as it appears to be.

The police are trained to question and investigate even the slightest peculiarity, so it only makes sense for them to revisit the missing person report, to begin with.

In some cases, a story of survival reveals shocking facts about the events leading to the disappearance.

In August 2017, Lisa Theris made national headlines when a driver on an Alabama highway spotted her after missing for 25 days.

She was in poor condition and barely in any clothing, but she was alive. Covered in bruises and scratches, Lisa defied the odds and clung to life deep in the woods.

Almost a month after Lisa was last seen alive, she appeared on the side of Highway 82 in Alabama, naked and covered in bruises.

There was no evidence of foul play or injuries from the physical assault on her body, and all the wounds observed were not inflicted by human hands, animals, or weapons of any sort.

The police concluded that she had taken a dose of methamphetamine and wandered around in the dense woods. After taking the drug, Lisa became disoriented and was unable to find her way back.


Lisa was last seen with two male friends, Randall Oswald and Manley Davis, on July 19. They were known to law enforcement for previous petty theft and drug cases.

Both Randall and Manley were linked to a burglary of a hunting lodge located about 40 miles away from Louisville, Alabama.

A security camera captured footage of the men loading various properties onto a truck, including trailers and ATVs.

They admitted to having been with Lisa during the early hours, but the men gave differing accounts of what happened to her. 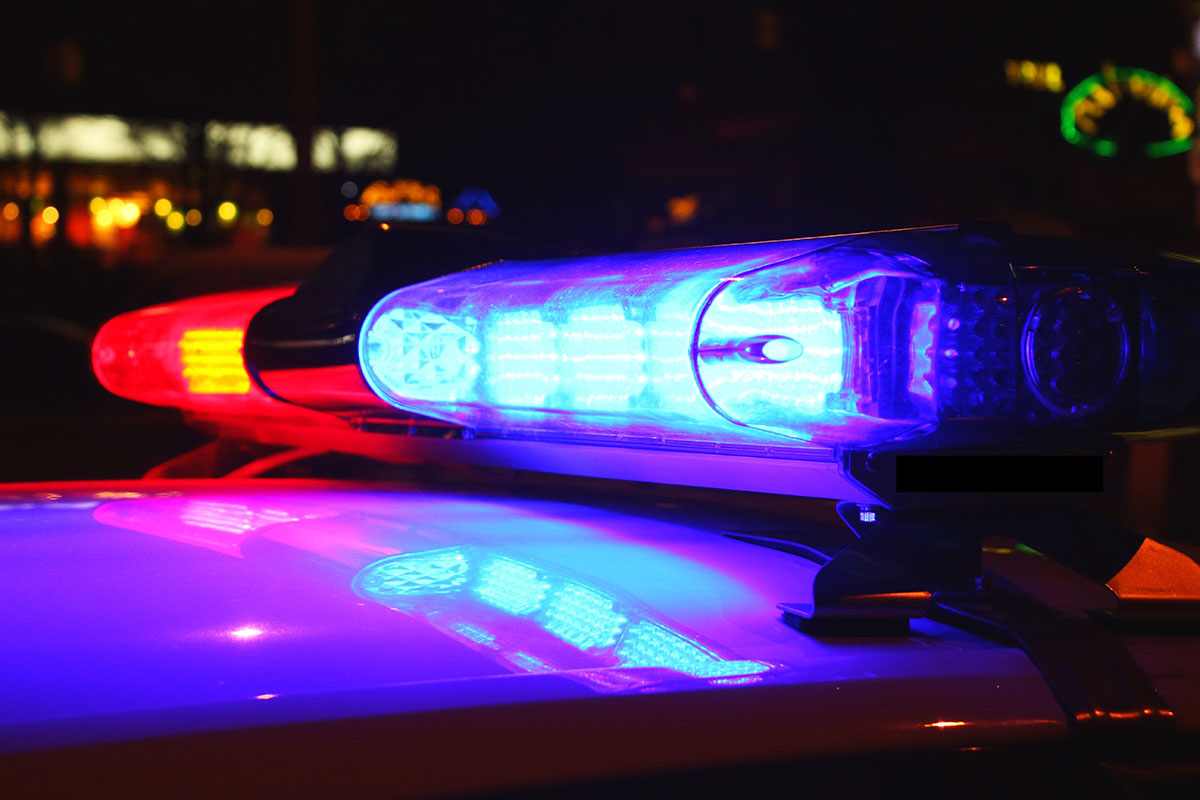 Randal and Manley blamed each other for the disappearance of Lisa. According to Randall, the last person to see Lisa alive was Manley.

Manley said that Randall was with Lisa just moments before she went missing in the same tone. Not knowing that Lisa was still active, the men assumed somebody had killed her.

Manley thought Randall murdered her; Randall said Manley took her life. At first, things didn’t look well for Manley, for he failed to come to the police station for questioning and fled when an officer asked him to pull over. 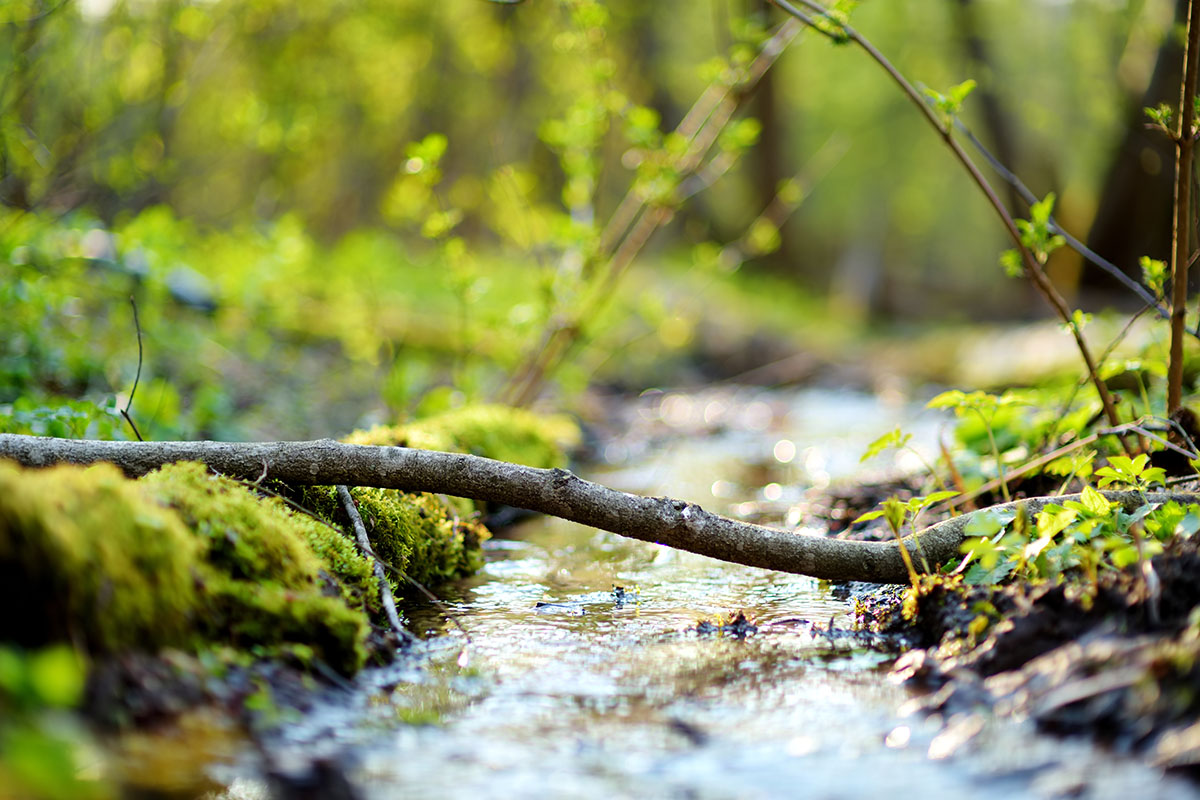 Despite his suspicious behavior during an encounter with a police officer from the Troy Police Department, Manley eventually came clean in the suspected murder case.

He explained to the police that Lisa bailed out of the burglary just before their truck rammed through the metal gate leading to the lodge, and Lisa jumped from the vehicle and entered the woods in his version of the story.

Randall maintained that Manley shot Lisa and disposed of her body in a creek. Either way, the police launched a two-day search in the location surrounding the lodge and found no sign of her. 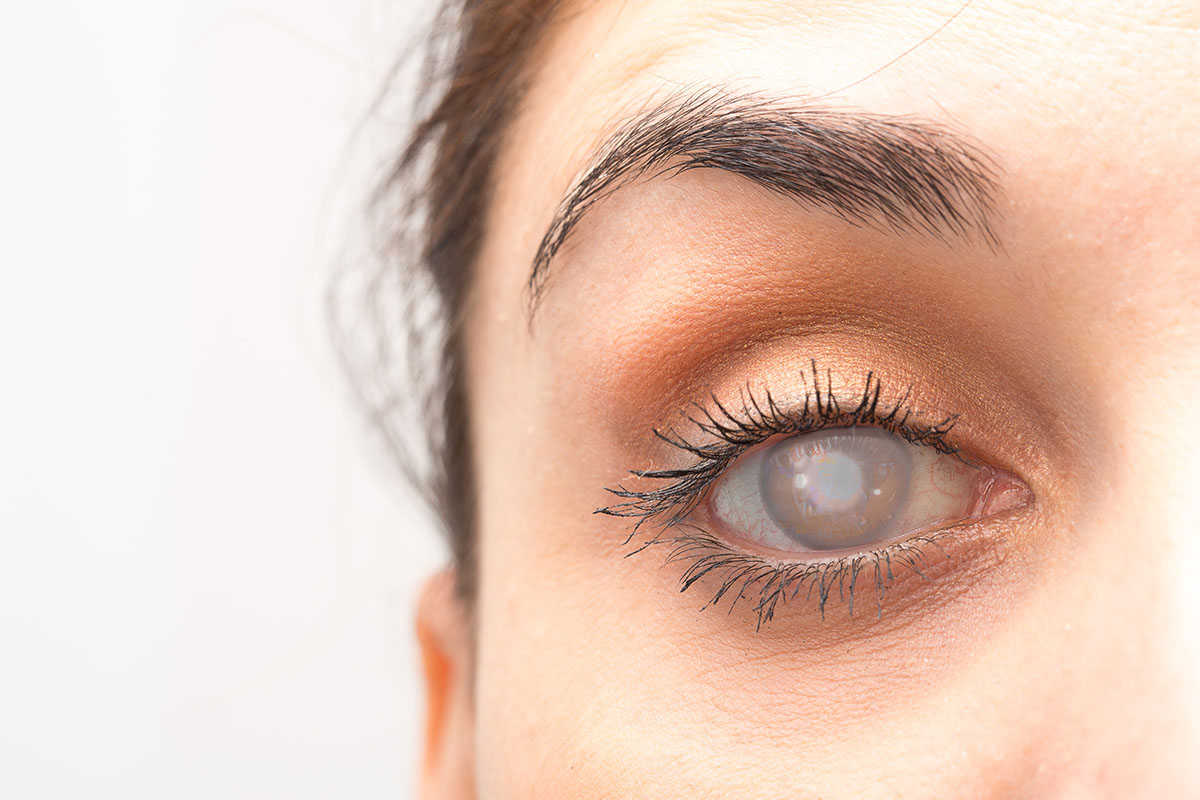 Lisa Theris suffers from a chronic eye condition and is considered legally blind. She is also bipolar.

The last time she contacted her father before the disappearance was on July 18, the day before the burglary. Her father filed a missing person report on July 23.

During the investigation, the police received a tip-off from someone claiming to have seen Lisa buying things in Walmart.

The hint led to nowhere. Footage from the store’s security camera showed no one resembling Lisa either. At this point, there was already talk about moving the case from missing person to homicide.

Until February 2017, Lisa had been living together with Duston Reed in Mobile. After they broke up, Lisa moved back to Louisville and enrolled at a community college.

About a month before she disappeared, she went to Coffee County to attend a friend’s court hearing. Lisa was ordered to leave the courthouse to disrupt the proceeding, yet she continued to make disturbances outside.

She was finally arrested and booked into the county jail. Lisa didn’t stay there for long as she was released on bail. 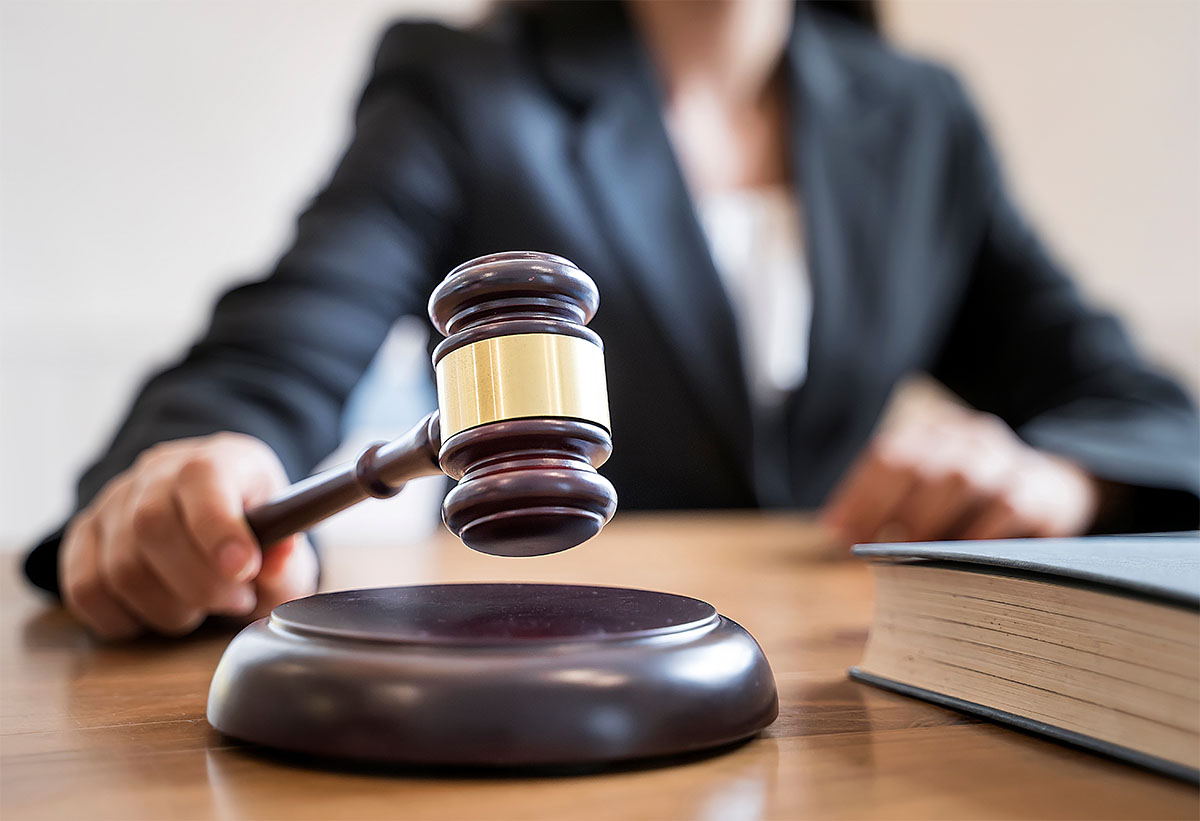 It was a misdemeanor charge for Lisa. However, it was her first offense, so she was likely ordered to pay a maximum $500 fine instead of receiving prison time. When Lisa went missing, she was yet to get sentenced for the offense.

Lisa had disappeared for 23 days when the prosecutors eventually dropped the case, assuming she was dead.

Two days afterward, on August 12, Lisa returned from the wilderness. Some locals and law enforcement officials refused to believe that the entire series of events was coincidental. 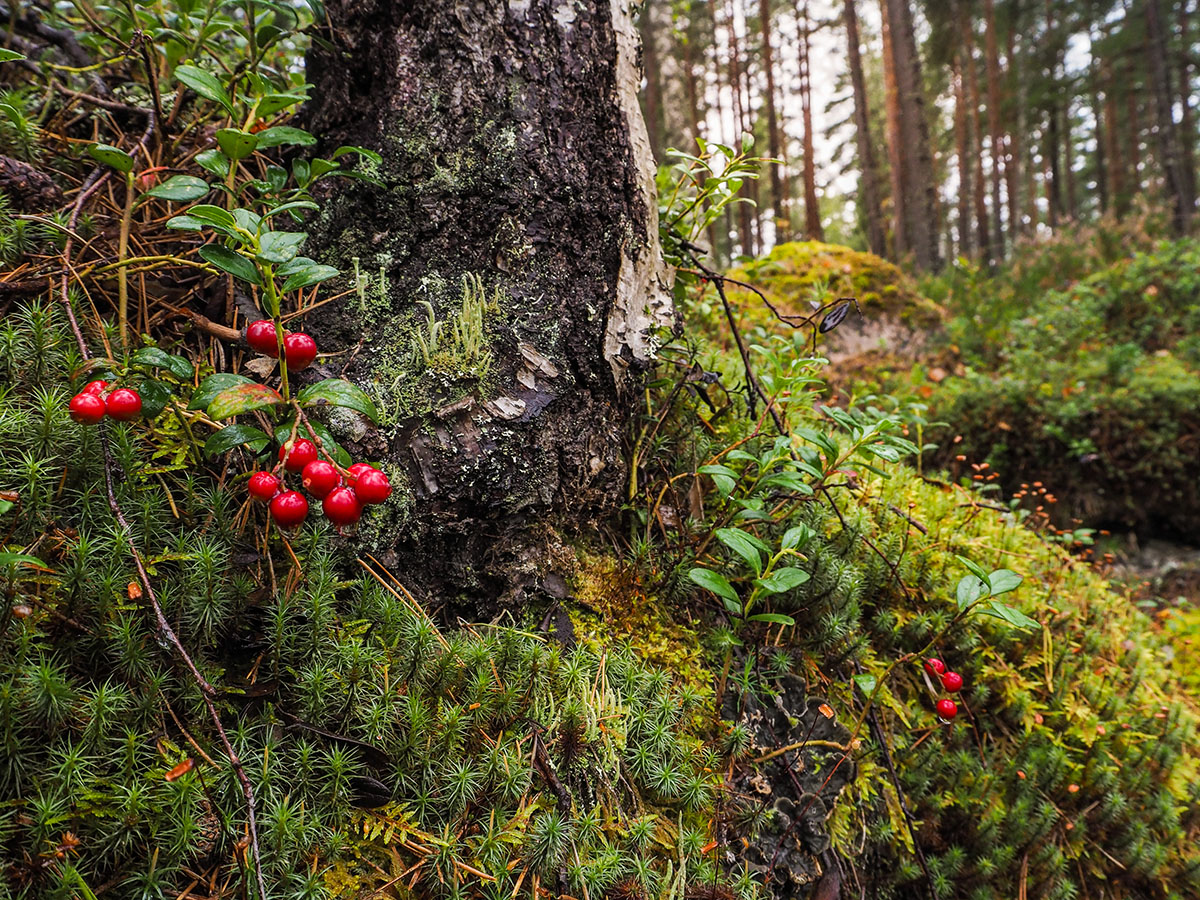 Raymond Rodgers, the Bullock County Sheriff, suspected that Lisa underwent an episode of hallucination in the woods after taking a dose of methamphetamine.

The sheriff also believed Lisa had taken off her clothes while still under the influence of the drug and that she was in the woods the whole time.

A straightforward explanation was that she got lost in an unfamiliar place.

After the rescue, Lisa said she survived for more than three weeks by eating only mushrooms and berries. Assuming it was true, she was lucky not to eat the poisonous ones.

Lisa re-emerged from a dense 2000-acre woodland in Midway, Alabama, on the afternoon of August 12. A motorist spotted her walking along the highway, and she was covered in insect bites and mud all over.

There had been no confirmed sighting for 25 days until that moment. She was immediately rushed to Bullock County Hospital for treatments.

By the time she was rescued, she had already lost 45lbs but was otherwise healthy and unharmed. There was no serious injury, too.

In the weeks following her re-emergence, Lisa appeared in multiple TV shows to interview her seemingly miraculous survival.

Thus far, she has been consistent with her story. She jumped out of a moving truck to escape Randall and Manley.

After the jump, she ran into the woods and hid. Lisa said that she had taken off her red shirt for fear of getting seen by the men.

Some parts of the story remain a mystery as Lisa claimed to have lost memory of what happened in the hours (or days) that followed.

The next thing she remembered was waking up naked and alone. The police have found no evidence to dispute her story.