Henry Ford rented his first manufacturing plant, the Ford Mack Avenue Plant, in Detroit. The second one and the birthplace of the iconic Model T is the Ford Piquette Avenue Plant, also in the city.

For nearly throughout the first half of the 1900s, Detroit was the undisputed automobile capital of the world. It still is regarded as such today but to a much lesser extent.

The second half of the 20th century told a different story. Deindustrialization and segregation were daily news in Detroit. In 1967, the city saw one of the violet urban riots in the history of the United States.

A good portion of the population, mainly the white middle-class, began to leave and settle in suburban towns.

Detroit reached its peak population in 1950. As many as 1.85 million people lived there, making it the fourth-largest city in the United States.

There were 296,000 jobs in the manufacturing industry alone. Then the exodus began in a quick, steady fashion.

In 2016 and for the first time before the Civil War, Detroit didn’t even make it to the top 20 of the most populated cities in the country. It only had a population of 677,116 or a loss of more than 3,100 residents from the previous year’s record.

According to Kevin Boyle, a history professor at Northwestern University, those who still live in Detroit often think they are in one of the country’s biggest cities, but that is just not the case.

Anybody familiar with the city’s history knows how different the place is from half a century ago. In 1950, it housed 29% of Michigan’s population; now, it’s only 7% at best.

The shrinking population happens not because of some natural disaster forcing people to abandon their homes. It is an exodus triggered by financial instability. People can no longer afford to live in Detroit.

As bleak as it might seem, the 2016 decline in the population was the smallest in decades. A loss of over 3,100 people was roughly a little more than a third of what happened in 2015.

It was also small compared to the city’s annual average drop of 24,000 during the decade prior. Most minor in Detroit’s history, perhaps, but still the largest in the country, surpassing Chicago’s drop of 2,890 people.

According to a Bloomberg report, Detroit remained the slowest-growing city with a negative population growth of -4.1% (2012 – 2017), worse than Baltimore and Milwaukee.

The metropolitan area remains the 14th largest in the nation, with a combined population of 4.3 million. From an economic point of view, Metro Detroit stands among the strongest in America.

It houses no less than seventeen Fortune 500 companies and 400 factories, not including casino hotel businesses which provide significant tax revenue and thousands of jobs.

The fastest-growing areas include Oakland and Lyon Townships (in Oakland County) and Utica and Macomb Township (in Macomb County). Detroit is in Wayne County.

As a result of the ongoing population loss and complicated management of surplus property, Detroit now has an estimated 78,000 empty buildings.

Persistent residents didn’t think much of those; empty buildings are just a part of the landscape.

If graffiti hasn’t taken over, nature will. After decades of population decline, there has been a new sense of urgency to rejuvenate the neighborhoods.

Government planners and academics alike have their proposals to fight back against the departure. Local donors and outside investors have so far poured in hundreds of millions for the purpose.

Detroit is made up of inner-city suburbs in most areas. Low-density developments (or what’s left of it) are stretching for miles, creating a once vibrant, busy industrial city.

Among the disappearing population include a higher proportion of well-educated, middle-class, married residents.

The neighborhoods they used to call home have now turned to mostly inhabited areas pockmarked by empty land and vacant structures.

As local governments continue to provide meager public services for residents, many blank forms just keep adding. It is a damaged social contract yet to be repaired.

Vacant homes and buildings mean no tax revenue. According to Detroit News, nearly half of property owners in Detroit didn’t pay their taxes in 2013.

Right from the beginning, when the city started to lose population, it tried to maintain steady income by implementing tax income in 1962 – it was the first in Detroit’s history.

Initially, the rate was a reasonable 1% for residents, non-residents, and corporations. The rate doubled for residents just six years later. Again in 1971, Detroit instituted a new utility tax to support city services and pay for union benefits. 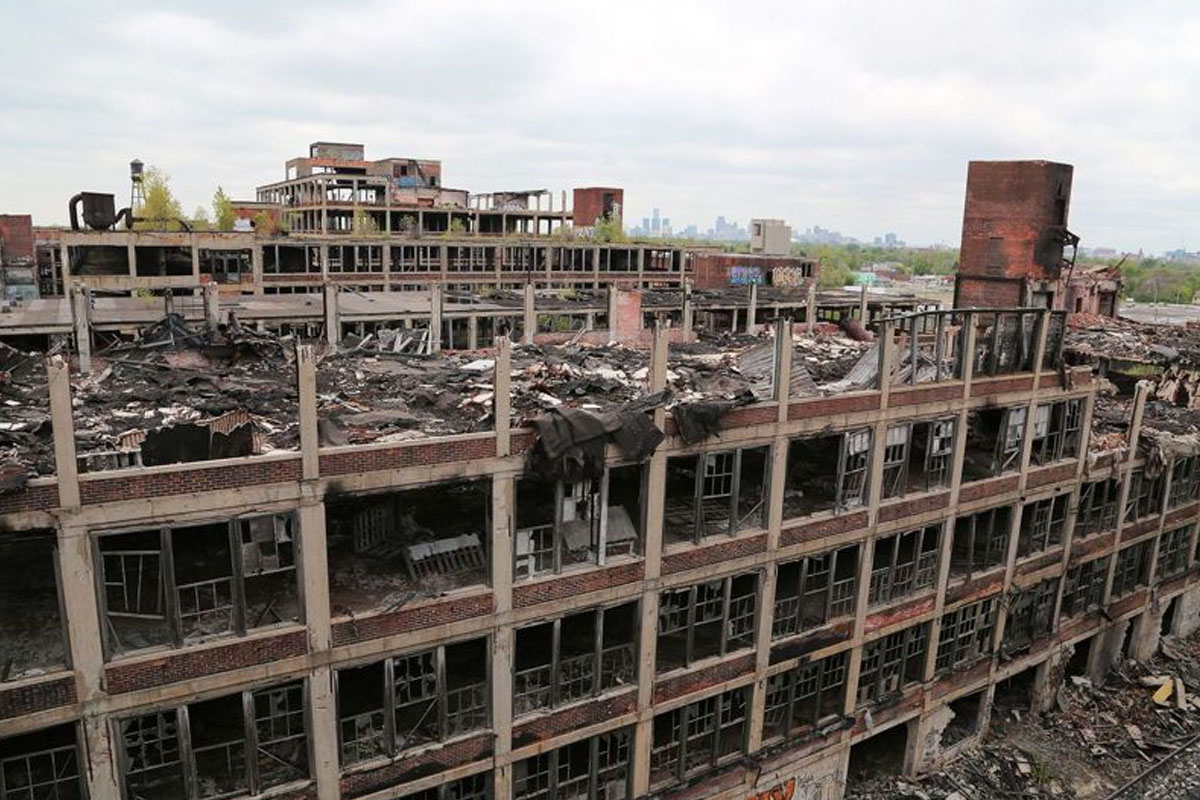 Property tax ended up being too much of a burden for most residents to cope with and as always, using taxes to keep the government afloat made the city more expensive for everyone.

From a business perspective, Detroit became a less attractive place to make investments. Then the national recession hit in the early 1980s, rendering the automobile industry struggling and Detroit’s financial into a downward spiral.

County and school taxes also increased from 44.79 mills per thousand dollars during the mid-1960s to nearly double in 1991. As a result, people and business entities moved out in large numbers.

Detroit government argued in the early 1980s that the city had to increase tax and reduce cost for services; otherwise, it would go bankrupt.

As the population declined, a flow of new taxes and increased rates for the existing ones kept coming in. Taxes appeared to be the only savior amidst the loss of revenue from industries.

The same thing went on for three decades until, finally, bankruptcy was inevitable.

In March 2013, Detroit was officially in a state of financial emergency. Just several months later, the city of Detroit filed for Chapter 9 bankruptcy with an estimated debt of around $20 billion. 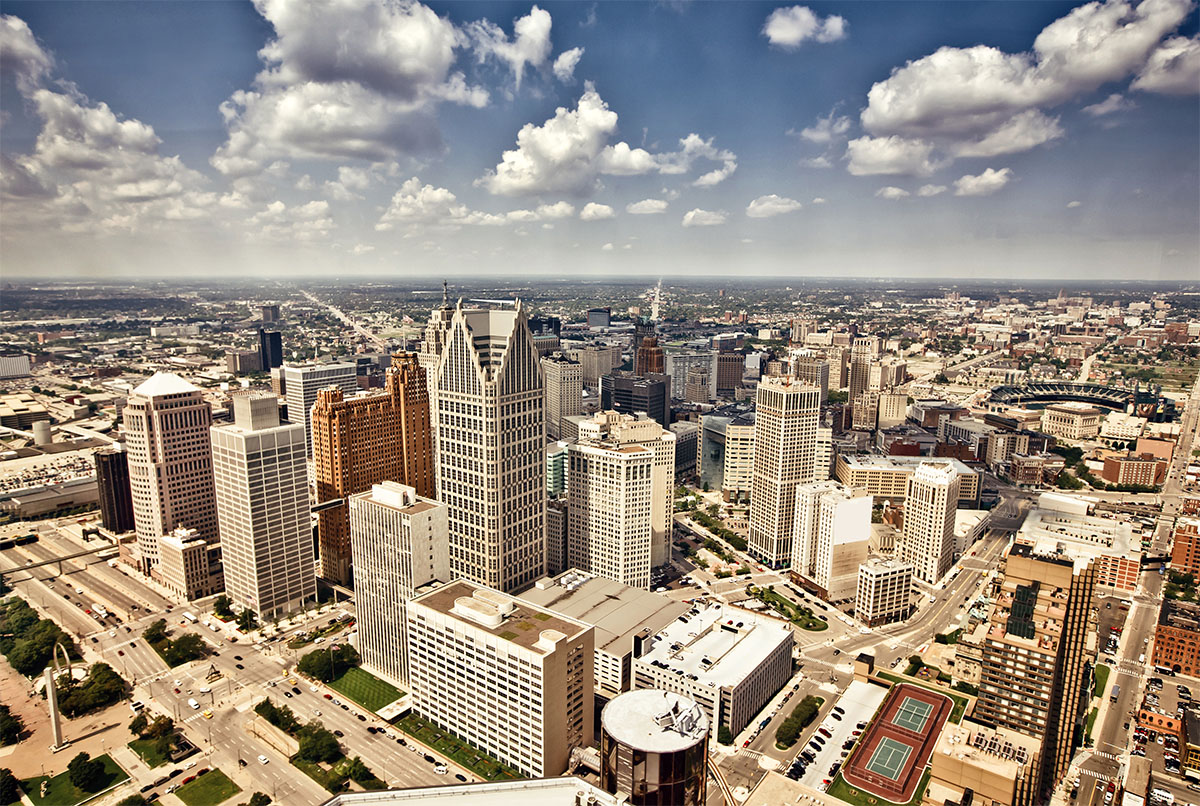 Since 1960, the city has torn down more than 200,000 housing units. Many in the town still have hope for repopulation, but it is a long way to go.

At the moment, the best the city can do is to get rid of the vacant homes in many areas. Demolition might not be the best answer, but now it is the most viable option.

Any other plan like restoration or moving people to more dense neighborhoods is unlikely considering the logistical and financial challenges. For Detroiters, it is time to stop planning and start getting some actions going.