by Factionary 4 months ago7 days ago
012Kviews

For more than two decades, starting in the early 1940s, the controversial medical experiment known as lobotomy (or leucotomy) were widely performed in the United States and Europe.

The practice was widespread in Asia, specifically Japan, where the patients were usually children with behavioral problems.

Back in the day, it was considered an advanced medical procedure to treat mental illnesses, including schizophrenia, bipolar disorder, and manic depression.

Lobotomy was an umbrella term for a series of surgical operations that deliberately damaged the brain’s neurological connections to and from the prefrontal cortex.

Proponents of the procedure believed that destructive behaviors were set down in that particular tissue.

Therefore one way to fix the actions was to intentionally introduce impairment to the connections, most likely by cutting them off. During the early days of lobotomy, medical science did not find any suitable method to treat mental illnesses.

However, there were always critics of lobotomy, people who were quite desperate for treatments resorted to the procedure anyway.

As more scientific evidence about the human brain came to the surface, the world began to realize that lobotomy was as scary and uncertain as they come.

António Egas Moniz, a Portuguese neurologist, is credited with the invention of lobotomy in 1935. For that idea, he shared the Nobel Prize for Physiology or Medicine in 1949.

Later on, there would be a movement to revoke the prize by victims of lobotomy or their families, to no avail.

Yale neuroscientist named John Fulton and his colleague Carlyle Jacobsen performed a procedure similar to lobotomy on chimpanzees in 1935.

About a year later, Moniz and his colleague Almeida Lima took the experiment even further by serving it on a human subject. It was reportedly a successful procedure. 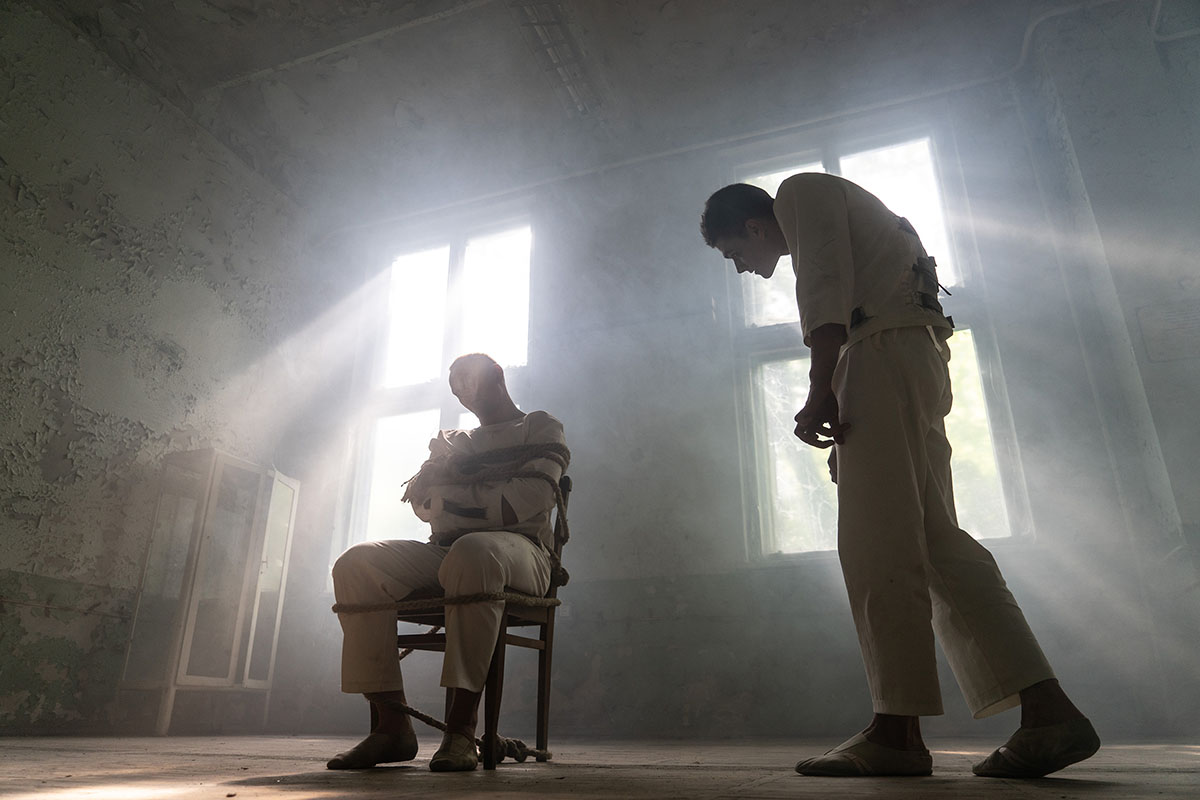 Despite reports of success, that first experiment on humans introduced severe side effects to the patient.

Among the most noticeable symptoms were the abnormal sensation of hunger, vomiting, increased temperature, lethargy, eye problems, bladder and bowel incontinence.

The medical community was skeptical and critical, yet the procedure remained to be practiced by physicians worldwide. A lot of lobotomies were performed on patients at mental institutions.

The most significant side effect was long-term mental dullness. Many patients lost their personalities or could not live independently after having been lobotomized.

8 Hole In The Skull

Moniz’s early version of lobotomy involved drilling a hole in the skull and injecting ethanol into the brain in the hope of damaging tissues that created the connection to and from the frontal lobe.

In his more “modern” version, he would use a leucotome surgical instrument, which was nothing but a wire loop to help him create a lesion in a patient’s brain. 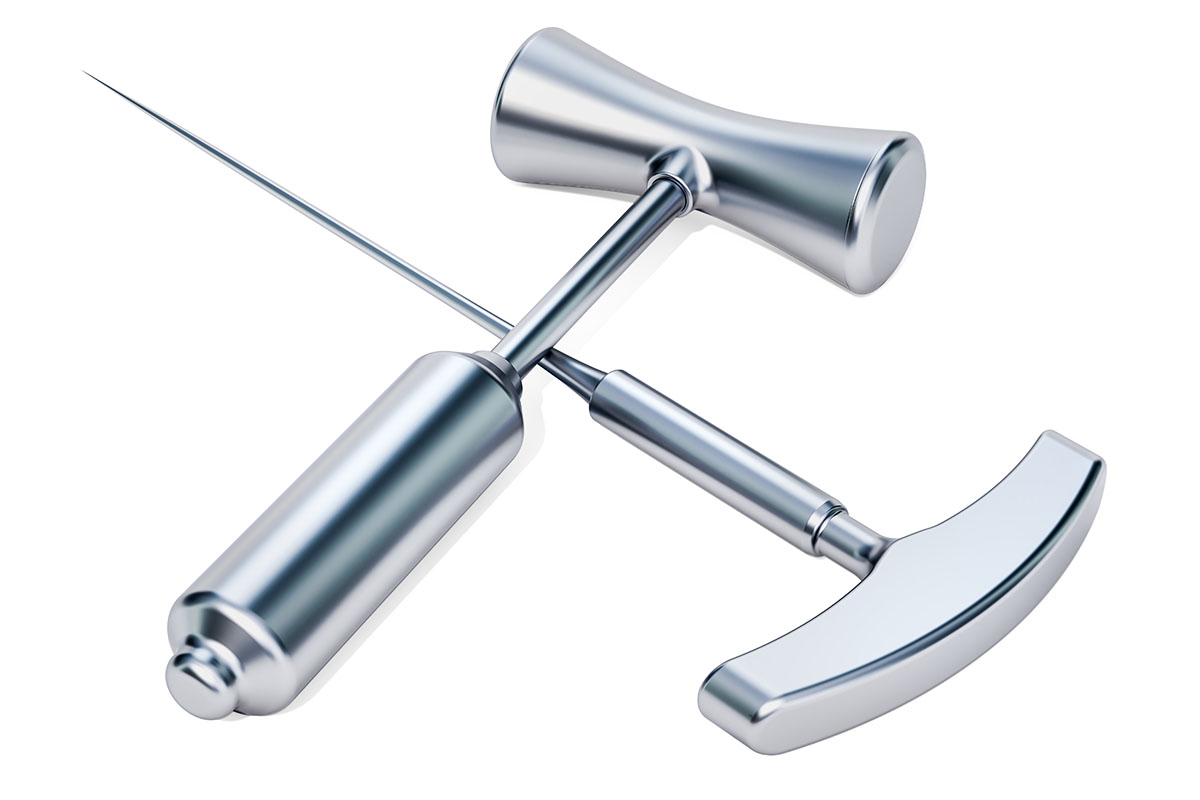 A neurologist and psychiatrist, Dr. Walter Freeman and his partner Dr. James Watts began performing lobotomies (as a team) in 1936, about the same time as Moniz and Lima did.

At first, Dr. Freeman practiced cadavers using an ice pick as the leucotome to severe the brain. From then on, his method came to be known only as of the ice pick lobotomy.

The first live patient to receive a lobotomy procedure performed by Dr. Freeman was Alice Hammat, who was then 63-years old.

Although Dr. Walter Freeman was indeed a physician, he never was a surgeon, let alone a neurosurgeon.

His lack of expertise in the field should disqualify him right away from suggesting the procedure, to begin with, but it did not stop him. Alice Hammat was lobotomized anyway as a treatment for severe depression.

Following the procedure, she no longer experienced anxiety. It sounded like a great success until you realized that fear was not the only thing she lost.

The lobotomy rendered her unable to have a coherent conversation. She could still draw pictures and flip through a magazine, and that’s about it.

Lobotomy was heavily criticized in the United States by medical society at large, especially neurosurgeons. That said, Dr. Freeman kept going with much interest from the public partly because of his smart marketing effort.

For example, he claimed that the procedure performed on Alice Hammat had produced “spectacular results” despite knowing the side effects.

In the media, he touted lobotomy as a miracle procedure, and for that, he received overwhelming demand for it.

Many advertisement pieces by Dr. Freeman omitted any information about the potential negative consequences of the process.

Amarro Fiamberti, an Italian psychiatrist, developed another lobotomy method that did not involve drilling a hole in the skull.

Instead, he proposed to obtain access to the brain by going through the patient’s eye socket. To do that, a specialized instrument was used, known as orbitoclast.

This instrument was a modified ice pick designed to insert it into the patient’s brain through an eye socket using a hammer.

The surgeon then moved the orbit class side-to-side to get the damage done. Dr. Freeman adopted the technique and performed it for the first time in 1946.

He called the procedure “soul surgery.” He suggested that lobotomy was an effective treatment for mental illnesses such as depression and schizophrenia and physical conditions, including chronic pain.

Lobotomy became popular probably not because of its efficacy, but for the lack of another reliable form of treatments for mental illnesses. Electroconvulsive therapy, hydrotherapy, and sedatives were some of the best available.

Due to his marketing campaign’s success, Dr. Freeman even had to create his mobile operation room built on a station wagon.

He called it the “Lobotomobile” and drove across the United States and Canada. At mental hospitals, he would perform 25 transorbital lobotomies on patients.

In many cases, the patients were rendered unconscious using electroshock therapy before the surgery. At an Iowa hospital, three patients died on the same day after he had operated on them.

Dr. Freeman kept practicing lobotomies until 1967, when another patient also died of a cerebral hemorrhage.

Dr. Freeman’s highest-profile patient was Rosemary Kennedy, one of the sisters of John F. Kennedy. Rosemary’s IQ was estimated to be lower than average due to shortness of oxygen during her birth.

When Rosemary turned 23, she became erratic and sometimes turned violent. His father decided that a lobotomy might help, and Dr. Freeman answered the call.

After lobotomy, Rosemary was not able to walk or talk. Years of rehabilitative service did not bring much of a result as she could only speak a few words and had to spend the rest of her life in an institution.