by Factionary 1 week ago1 week ago
02.3Kviews

During the Space Race between the USSR and the U.S., the goal was to see who could achieve superior spaceflight capability first.

This was a significant feat that would show which country had the best science, technology, and economic system in the world.

Its origin stemmed from the nuclear arms race between both nations following World War II. The outcomes of the Space Race included launching artificial satellites, sending probes to the Moon,

Venus, and Mars, and having humans in suborbital space and lunar missions. Part of the Space Race for the U.S. was Project Mercury, their first man-in-space program and was from 1958 to 1963.

The program’s objectives were to have a manned spacecraft orbit the Earth, find out how humans function in space and recover both man and spacecraft safely.

Project Mercury included uncrewed space missions whose goal was to understand how a human would perform during a human-crewed mission. Ham, the chimpanzee, was part of one of these test missions.

Ham was part of a Project Mercury mission called MR-2 that launched from Cape Canaveral, Florida.

Ham was monitored on Earth through sensors and computers that examined his vital signs and tasks.

The capsules allowed him to breathe, even if the cabin pressure in the spacecraft failed.

While the capsule went through a partial loss of pressure during the test flight,

Ham’s suit helped prevent him from being hurt.

Additionally, he successfully pressed the lever in space only a fraction of a second slower than Earth. This showed that tasks could be successfully done in space.

His capsule landed in the Atlantic Ocean, and the USS Dover recovered him the same day after his flight into space.

He only received a small bruise on his nose as his sole injury. In total, his flight was 16 minutes and 39 seconds long.

7 /10 Flight Candidates For The Air Force

At the Holloman Air Force Base, 40 chimpanzee flight candidates were collected. After a series of tests, the number was reduced to 18, and then finally to six.

Ham was one of them. Before his flight, he was officially referred to No. 65 and then renamed to Ham after successfully returning to Earth.

The name Ham came from the Holloman Aerospace Medical Center letters. This occurred to limit bad press from the death of a chimpanzee with a name if the mission was unsuccessful.

He was also referred to as Chop Chop Chang by his handlers. The purpose of having the chimpanzees conduct tests was to determine if an astronaut could perform motor tasks in space.

As chimpanzees could behave similar to humans and have the same response time and organ placement, they could test out life-support systems and have them perform simple tasks in space.

After arriving at Holloman, he was trained by neuroscientist Joseph V. Brady at the Aero Medical Field Laboratory.

He was required to complete simple tasks that were timed by responding to electric lights and sound.

While completing pre-flight training, he had to push a lever within five seconds of experiencing a flashing blue light.

If he did not do it, he would have a light electric shock on his feet. Doing it correctly would result in a banana pellet.

Mimic Mercury capsules allowed Ham and the other possible participants to perform motor tasks during their training sessions.

Ham was selected as the final candidate for the flight test due to his good humor and feistiness. Before being selected, he was also to undergo simulated g forces and microgravity to simulate preparation for spaceflight.

Before his flight, he received physical examinations, was checked out with biosensors, and experienced significant training for his motor skills.

Ham was born in July of 1957 in French Cameroon. There, he was found by animal trappers and journeyed to Rare Bird Farm in Miami, Florida.

He was bought by the U.S. Air Force and arrived at Holloman Air Force Base in July of 1959. 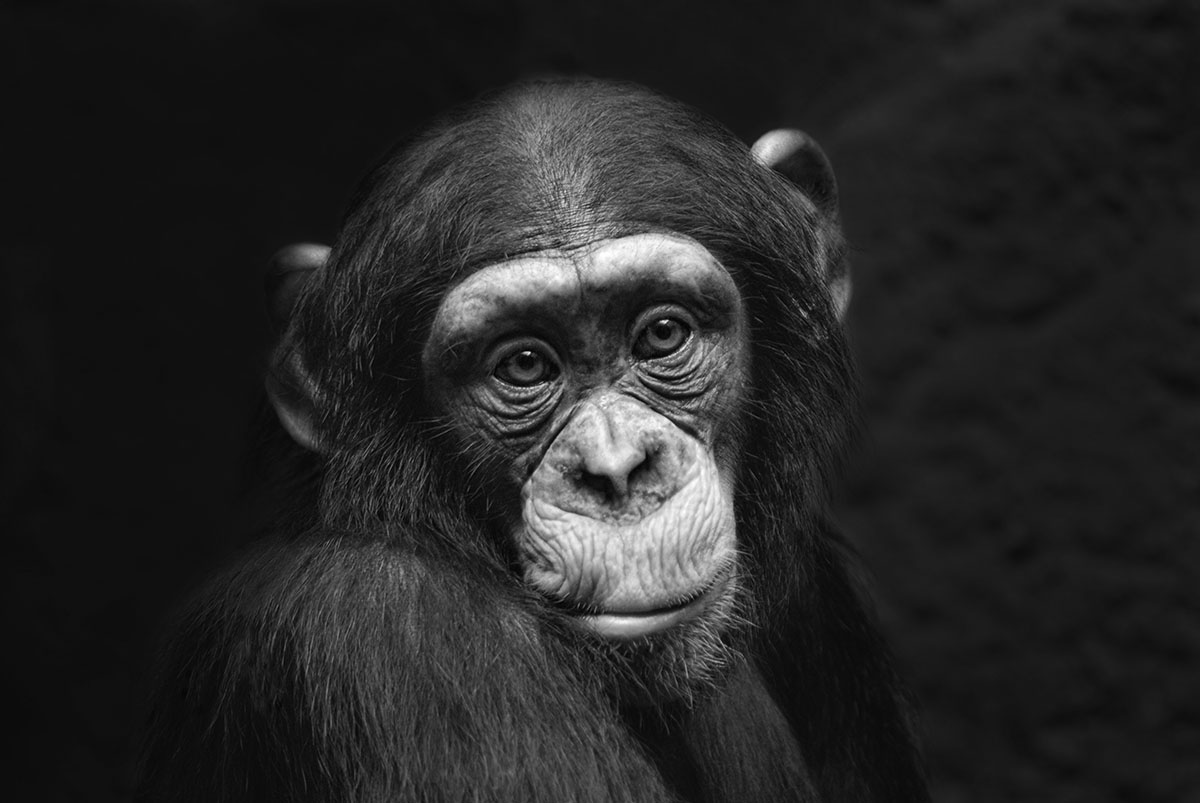 His backup for the flight was Minnie. She was the only female chimpanzee who was trained as part of the Mercury program.

After the program ended, she became part of the Air Force chimpanzee breeding program.

She eventually produced nine offspring and also aided in raising other members of the chimpanzee colony. When she passed away in 1998, she was the last surviving chimpanzee part of the space program.

After completing his mission, Ham was sent to the National Zoo in Washington D.C. on April 5th, 1963.

There, he lived for 17 years before he was transferred to the North Carolina Zoo.

After transferring, he joined a small group of captive chimps on September 25th, 1980.

Ham passed away on January 19th, 1963. His body was handed over to the Armed Forces Institute of Pathology for necropsy.

After this, the plan was to have his body stuffed and displayed at the Smithsonian Institution, similar to the Soviet Union’s space dogs Belka and Strelka.

This plan, though, was struck due to negative public reaction. Minus the skeleton, his remains were then buried at the International Space Hall of Fame in Alamogordo, New Mexico.

At his memorial, Colonel John Stapp gave his eulogy. His skeleton is currently part of the National Museum of Health and Medicine.