by Factionary 4 months ago1 month ago
016.3Kviews

Everyone knows Steve Irwin. Whether by proxy through the various pop culture cameos and depictions or being fans of all things related to animals.

Steve Irwin, also known as The Crocodile Hunter, was a conversationalist, environmentalist, wildlife expert, documentarian, and one of the most Australian men who ever lived.

He popularized the word “Crikey” to where it became synonymous with his home country as kangaroos.

As part of his profession, he crossed paths with many animals that are considered deadly.

From gigantic saltwater crocodiles with the bite strength to chew through a car bumper to snakes long enough to wrap a man his size twice over, he was a friend and caretaker to all of them as the head of the Australia Zoo.

But even the best can make mistakes, and when dealing with such aggressive creatures, one mistake can cost a life.

Steve was born to his parents, Bob and Lyn Irwin, and spent most of his childhood in Queensland from 1970 onward.

Bob Irwin was a wildlife expert, and his mother was a wildlife rehabilitator. He was very much born into his profession and grew up around more crocodiles and lizards than cats or dogs.

His parents started what would become the Australia Zoo, which Steve took over and renamed in 1991.

That was also when he met his wife, Terri Raines. They were in love immediately and married the following year. They spent their honeymoon trapping crocodiles.

The footage of their excursion then became the pilot episode of The Crocodile Hunter.

This show chronicled Steve’s pursuits of dangerous wildlife as he wrestled crocs and gators while educating the audience about their true nature in the wild.

After the show’s debut, Steve became famous in Australia, and half a year later, the United States as his performance was broadcast across the world.

It was aimed at both kids and adults to show them the splendor of nature in a professional’s hands.

He went on to have many other shows in the same vein for different networks, all-nature documentaries where he got up close and personal with some of the world’s deadliest animals, only to come away laughing and smiling about them like they were his friends.

Steve and Terri had their first child in 1998. Bindi Sue Irwin would later join her parents in much safer but still practical and natural expeditions as she familiarized herself with animals the same way Steve did.

Their second child, Robert, was born in 2003. Steve related that while wildlife preservation and zoology were his passions, he felt his true purpose was toward his family.

He once stated that his daughter was the reason he was put on the Earth, and as much as he loved animals, nothing could replace the love he had for his family. He was a completely good person. 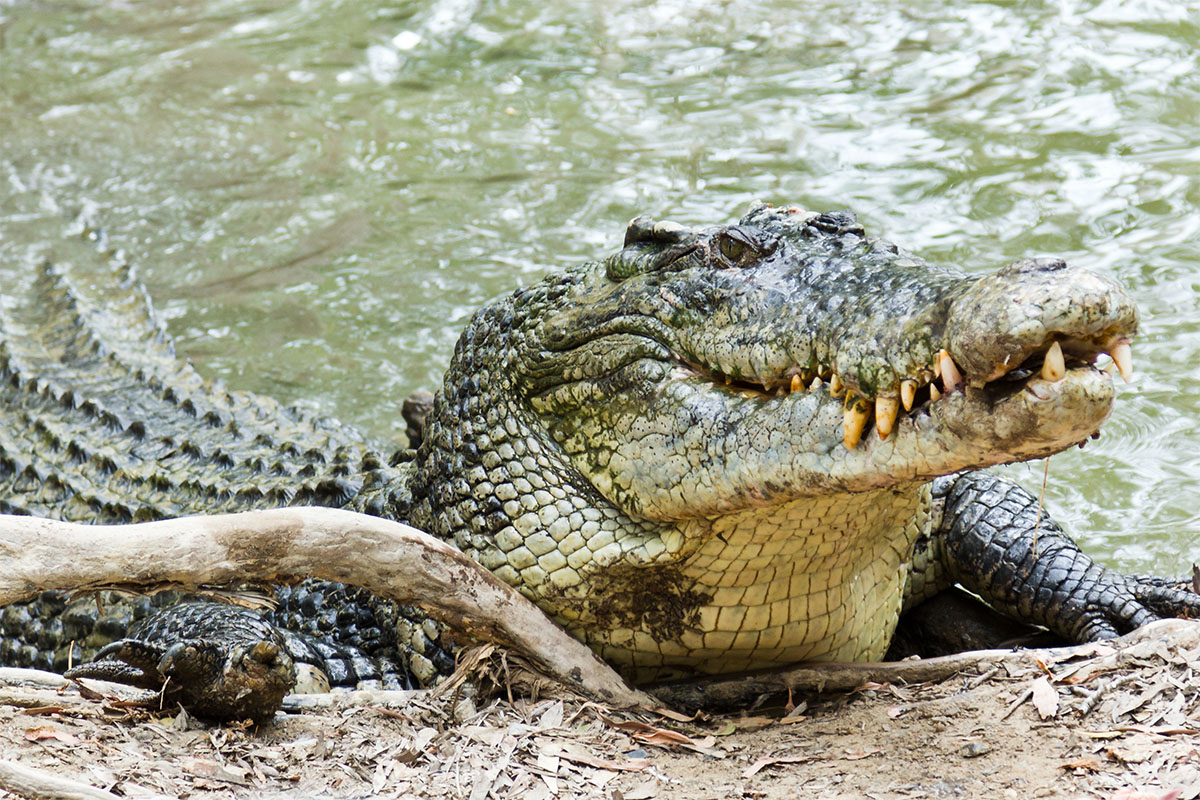 Irwin was lauded as an Australian national. He has even named the Tourism Export of the Year in 2004 thanks to the worldwide attraction he brought to his home country. It wasn’t just for that.

Thanks to his programs’ success and worldwide acclaim, he swung all his celebrity efforts back around to conservation.

He promoted his park and other nature reserves to keep them funded and the animals within cared for.

Steve Irwin was not immune to controversy. In January of 2004, Steve was doing a public show of feeding his crocodile Murray like normal but brought in a special guest: his one-month-old son Robert, who he held in one arm while handling a chicken carcass in the other.

Public outrage erupted over it, and he made an apology, but not without defending himself by showing an alternative camera angle that the news had foregone, showing that he was much further away than everyone thought.

Despite his long time handling dangerous animals, he never suffered any grievous injuries. The only one of note was the one that killed him. 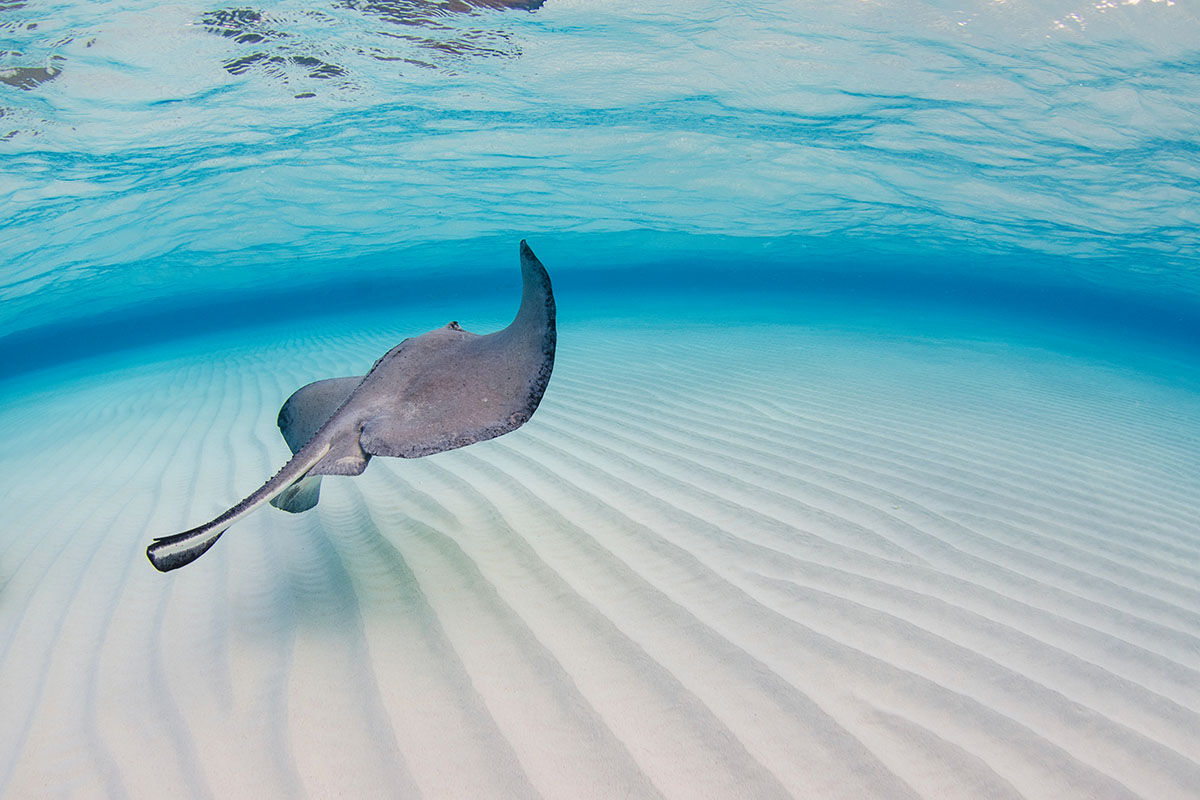 Steve met his end on September 4th, 2006. He was out in the Great Barrier Reef filming footage for a new documentary series titled Ocean’s Deadliest.

He intended to get close to many assumedly dangerous animals to analyze them and disprove harsh myths about their danger.

While on an off-day, he took cameraman Justin Lyons out to film some additional footage for his daughter’s program and approached a stingray.

Instead of fleeing or staying docile, the stingray lashed out and bolted away, but not before using its stinger to puncture Steve’s chest.

Steve had a two-inch tear right over his head. The barbed stinger of the stingray penetrated his heart, and he was bleeding out rapidly.

The crew of his boat quickly recovered him and attempted to keep him alive in any way they could while they called for distress. Steve knew he was dying.

Despite their efforts and the hour wait it took for officials to arrive, Steve did not survive and was pronounced dead as soon as paramedics arrived. He was 44 years old.

After Steve’s death was reported, the tragedy sent waves across the world. The Prime Minister expressed his shock in saying, “Australia has lost a wonderful and colourful son.”

The nation was in mourning, as was the rest of the world. Philippe Cousteau Jr., the grandson of legendary marine biologist Jacques Cousteau, similarly mourned for Steve’s loss.

The following days, authorities were informed of multiple accounts of stingrays being mutilated on Queensland beaches.

Though the practices were formalities for fishers, any association to Irwin’s death was discredited, and his friend Michael Hornby spoke out against all actions as the last thing the animal lover would want.

It was broadcast to nearly 300 million people worldwide who wanted to see the man they grew up with and learned to love animals with off for the last time.

Some posthumous archived footage was released for subsequent documentaries and television episodes, but The Crocodile Hunter was put away for good in 2006.

His legacy continues to inspire many who first got their glimpse of the animal kingdom beside his ever-excited face.